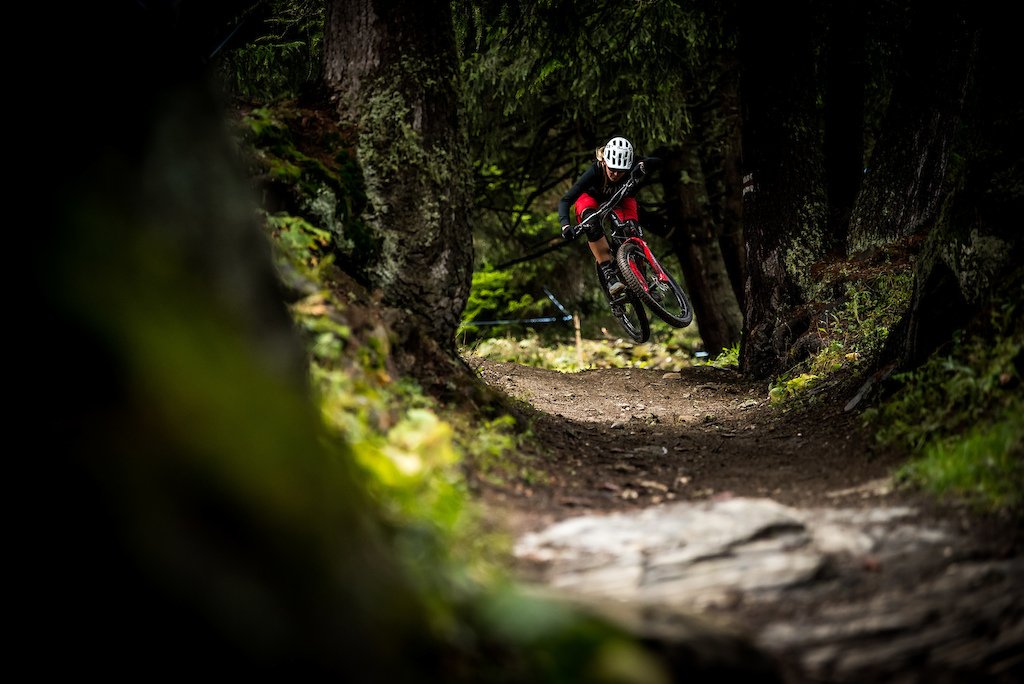 I am scrolling through my Instagram timeline and try to remember what has happened this year. It feels like a whole decade but as a matter of fact, it only has been 12 months.

I feel over one post which says: "Better an oops than a what if!", and this quote kind of describes exactly how I lived my life in 2019.

During winter I worked out a lot to prepare my body for the season and travelled to La Poma Bikepark to get back on my beloved Trek Ticket DJ Jumper. Then off to La Palma, Canary Islands for a MTB Magazine story with my best buddy Angie Hohenwarter, then England, Dresden, Dubai, Willingen, and so on. 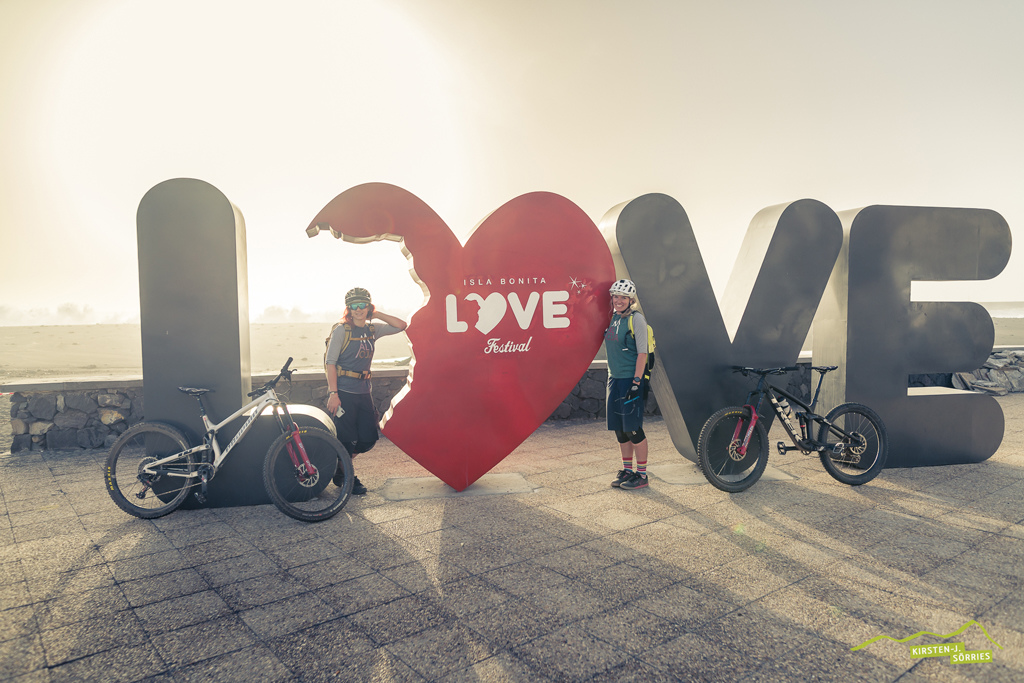 Canary Islands, La Palma with Angie Hohenwarter, escaping winter and getting some much needed sunshine


It means a lot to me to inspire the young generation out there and to open doors for girls who love riding their bike. That’s why I started „Senderella“ 2 years ago. Senderella is a combination of „sending it“ and Disney Princess „Cinderella“. In this context „sending it“ means gaining confidence and being capable of extraordinary actions. But Cinderella is also a typical feminine Hero and shall address the feminine site of every girl involved.

I decided to take a filmer to the FMB Contest „Bikedays Solothurn“ in Switzerland to show what happens behind the scenes and how I cope with the pressure of riding such big obstacles next to the biggest names in the business. Check out the video here. 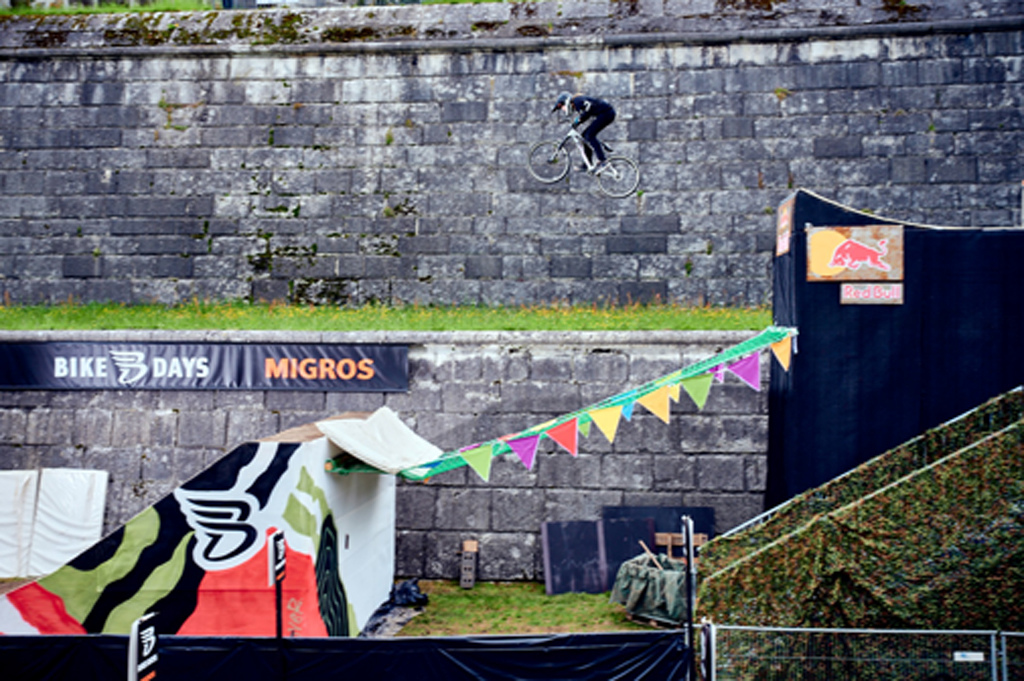 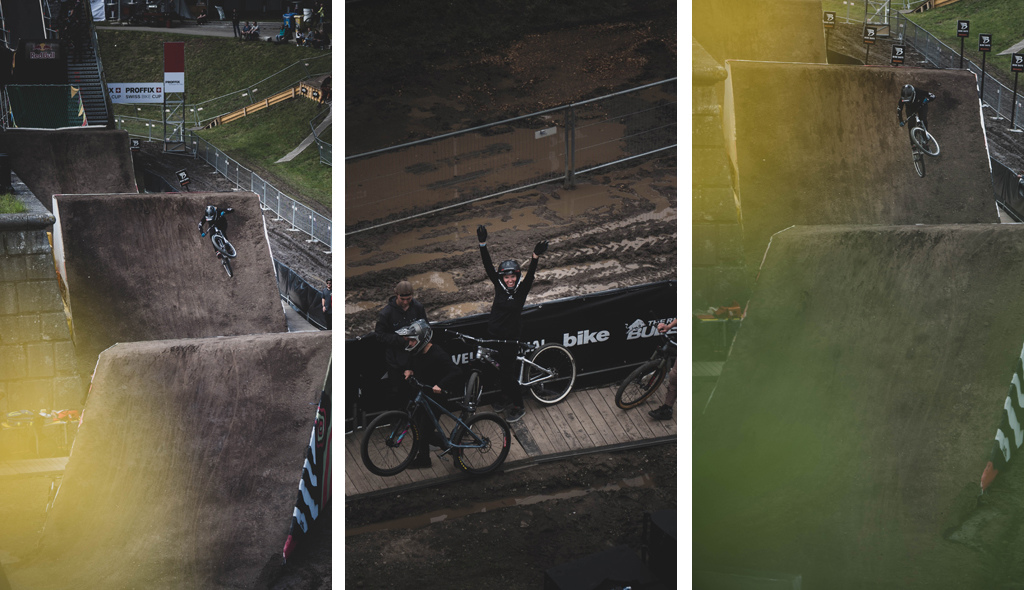 I also enjoyed competing in some Bosch EMTB Challenges such as Tweedlove Festival, Bikedays Solothurn, Willingen and Salzkammerguttrophy. Hell yeah, the trails in Scotland are my absolute favorite now. Straight after muddy Scotland I flew to Innsbruck for Crankworx. I raced against Carson Storch at Speed and Style, skipped the flags on the course, because I didn’t like them, competed at Dual Slalom and Pumptrack, too and met all my friends from the MTB world.

I jumped back into my car and shot Trek’s brand new EMTB the „Rail“ in beautiful Valle d’Aosta. On my way back I said hello at Traildays Festival in Molveno, Italy, shot some commercials on my Ebike for Zürich insurance and partied hard at Bosch’ 10 years anniversary party in Stuttgart. 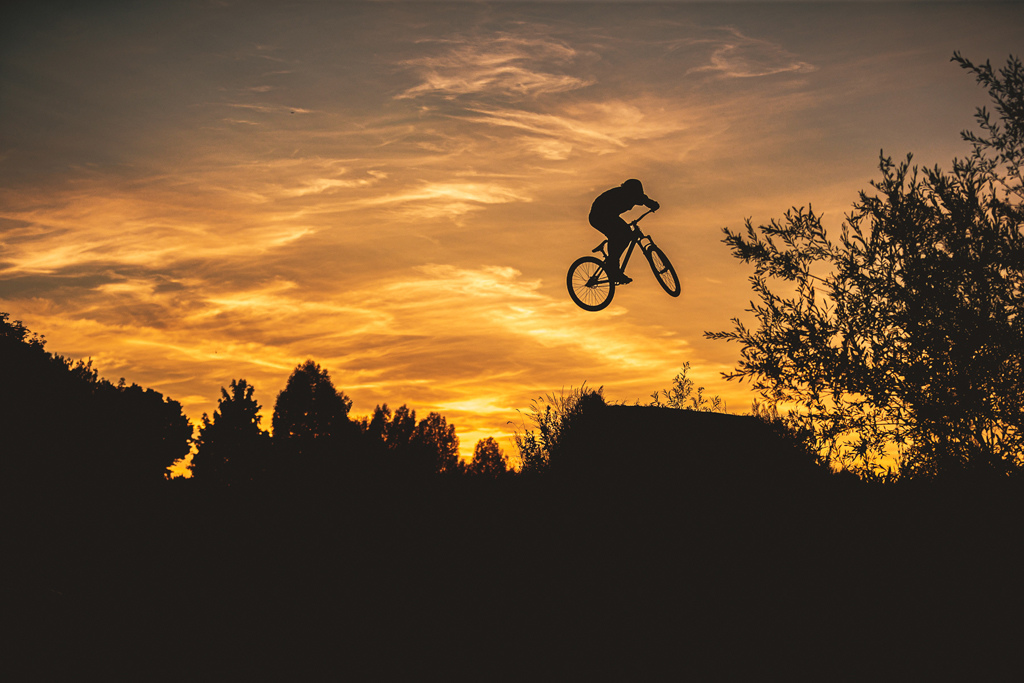 Angie Hohenwarter and I hosted a Ladies Ride at Glemmride Festival in Saalbach-Hinterglemm. We did a sick train down Hacklbergtrail together with 28 girls on Mountainbikes. It was for free but we called for the love of bikes and how bikes can connect people and make life just so much easier to donate for World Bicycle Relief. In the end we collected 787,87€ for World Bicycle Relief which is overwhelming.

I rode my bike almost every day no matter if it was just to work, dirt jumping, trail riding, or ebiking.

In August I jumped back on the plane to visit my all-time favorite riding spot: Whistler Bikepark! My travel buddy was none other than Vali Höll and riding with her, inspires me so much to get better and as stylish as her on a bike. Trek made the whole Crankworx trip unforgettable when they surprised me with a custom painted Trek Ticket DJ. I rode it at Crankworx’s first Women’s Speed and Style competition and at Whistler’s Women’s Freeride Movement Dirtjump Jam. 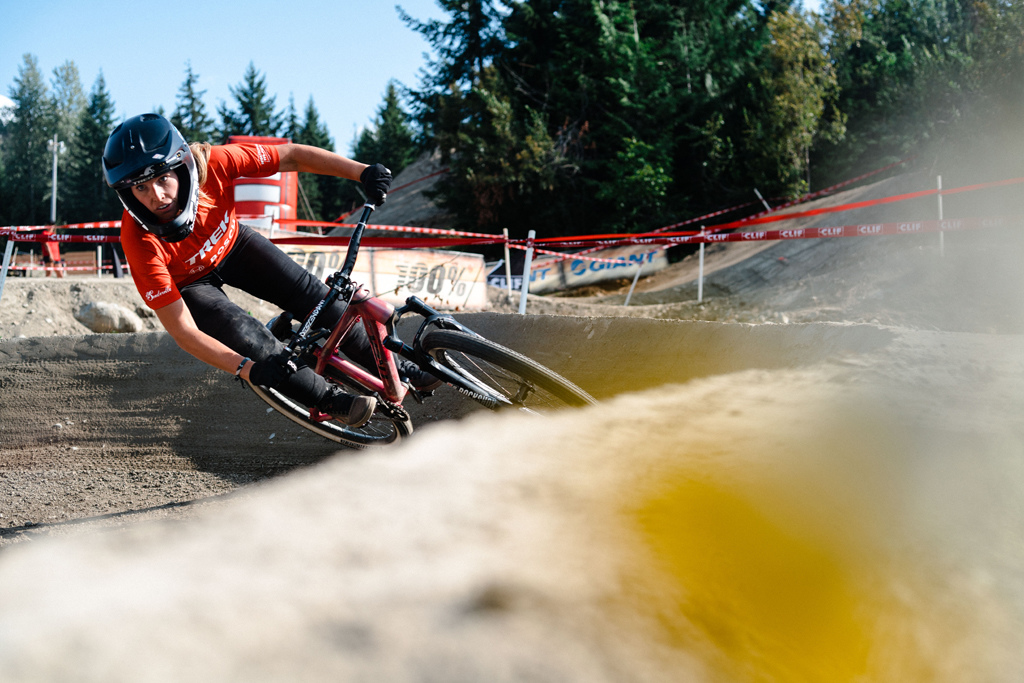 After Canada, I travelled to Audi Nines. The organizers of Audi Nines decided to let girls participate in this great event in 2020 and I had the honor to check out the course before. 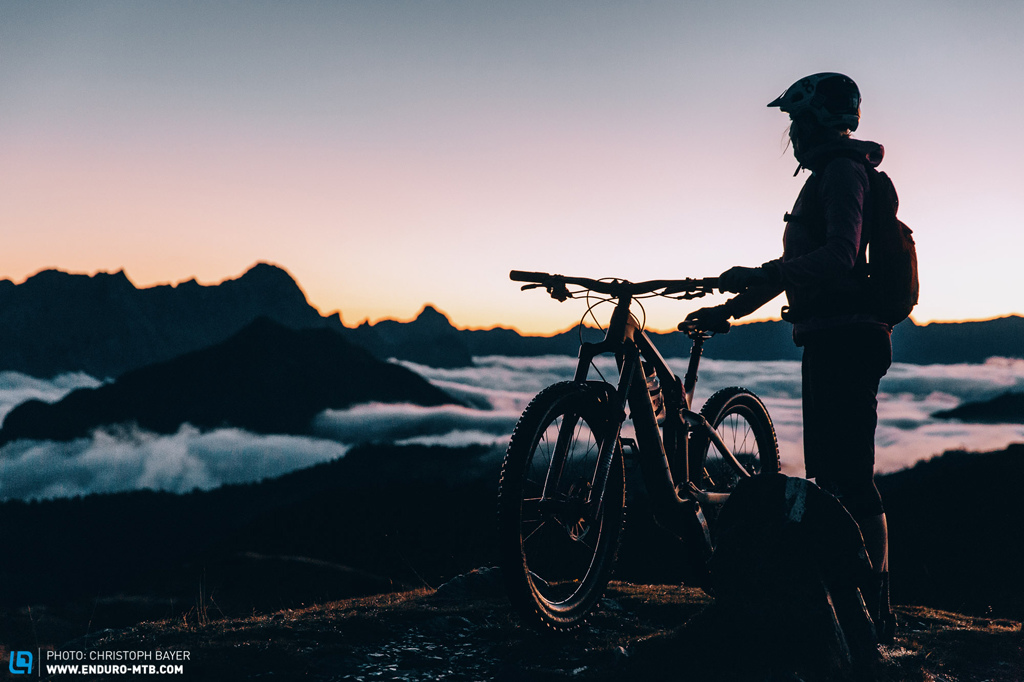 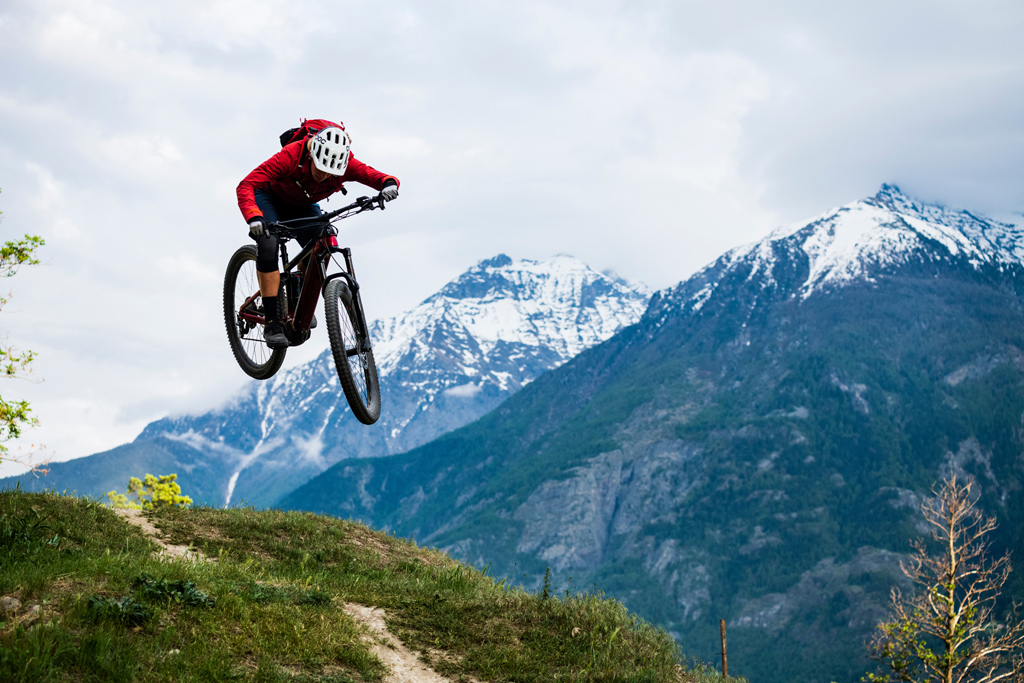 Goodtimes shooting with Mattias Fredriksson in Aosta Valley
After being back in good old Germany for 2 weeks I flew back to Canada for an eMTB project with Ryan Rdog Howard. 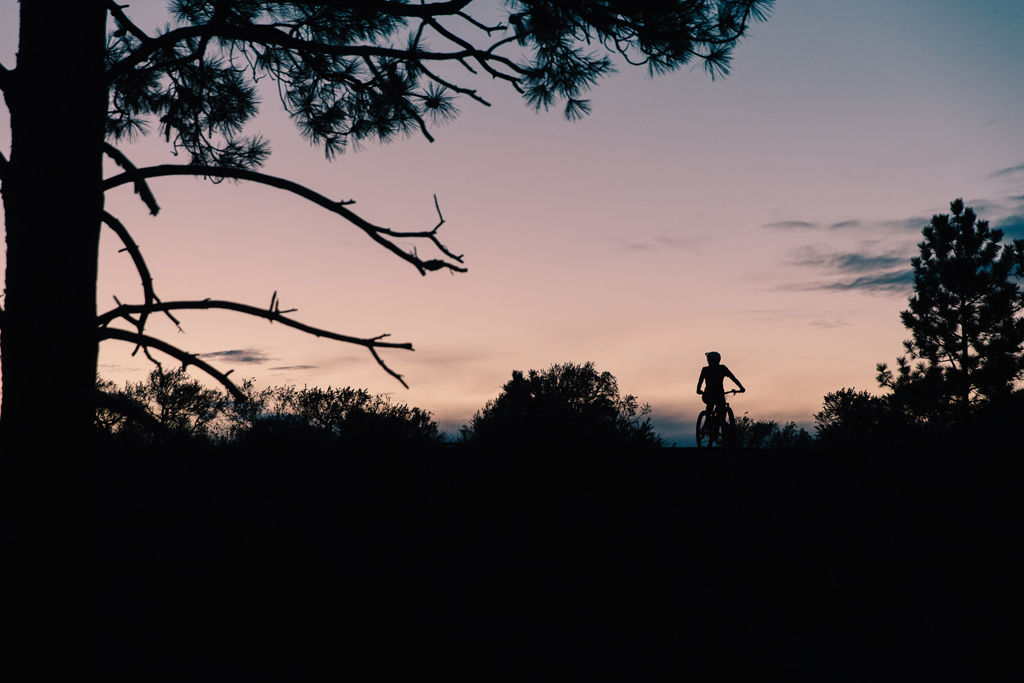 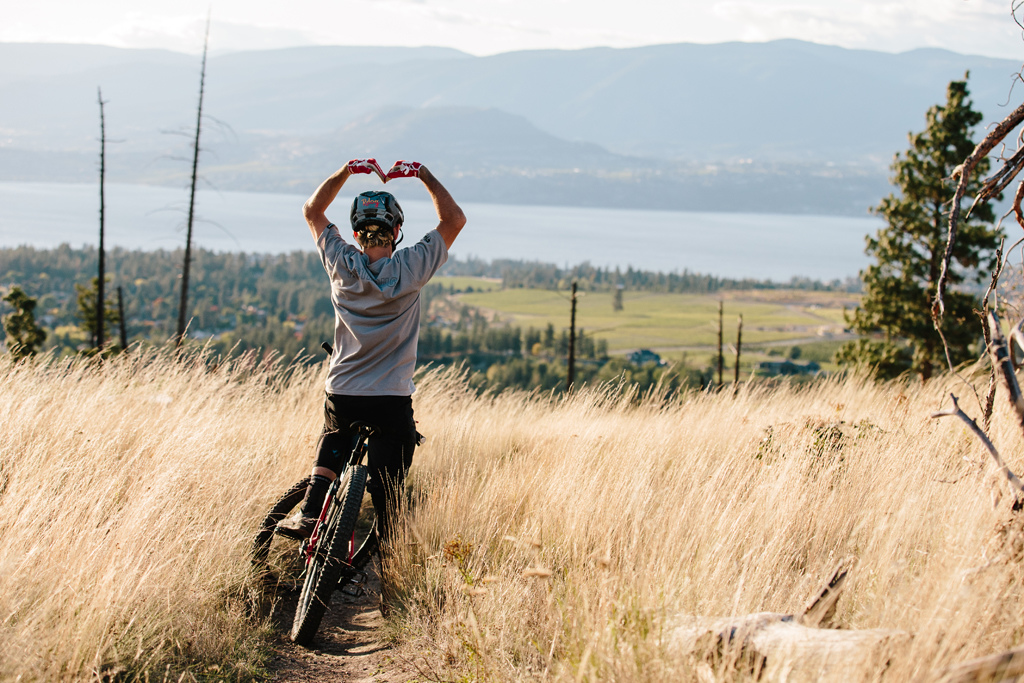 Thanks for all the love my dear bike family, I can’t wait for next season
xoxo Kathi 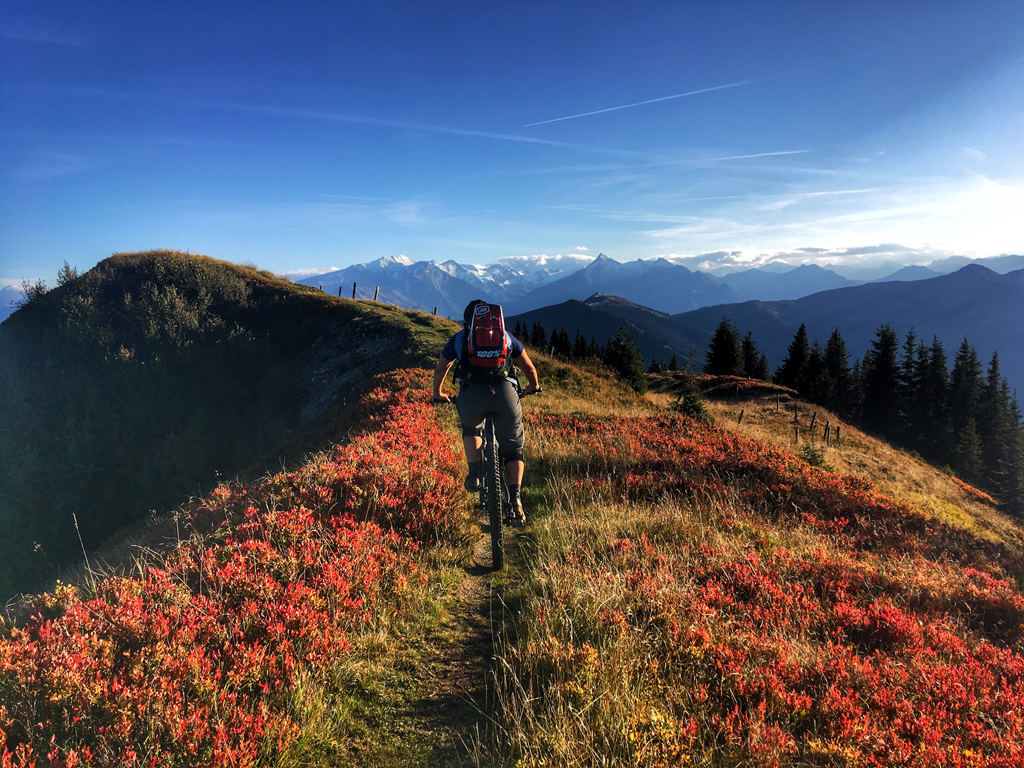 Another great year is in the books, spent on two wheels either on trails anywhere at home in Austria as well as on race tracks abroad.

Competition is still an important part of my bike life, although stupidly I’m seldom able to relax when it comes to racing, resulting in a tense version of myself. But I guess that’s something a lot of us experience – the difficult task of not putting too much pressure on yourself while wanting to perform well. Try to enjoy and just find your flow….
Anyway, race season started with the first out of three local races around Vienna, organized by Wienerwald Trails who did and do a really great job with legalizing and maintaining trails and bringing together the Viennese Enduro Community with these races. Thanks, boys and girls, you rock!

Time to enjoy my hometrails the following weeks.

Next was an EWS qualifier within Bikefest Kalnica, SVK where I could walk away with an overall win in Enduro women’s.

Followed by stop #1 of Alpine Enduro Series in Molveno/Paganella, ITA.

In June I was able to go on a 10-days-roadtrip / vacation with my friend visiting places in Austria, Switzerland and South Tyrol, hitting trails, climbing mountain passes, enjoying good food and altogether a time free of any duties.

The last weekend in June I once again went to South Tyrol, Canazei – EWS stop #4. Located in the middle of the Dolomites, mountains, trails and views were just stunning! 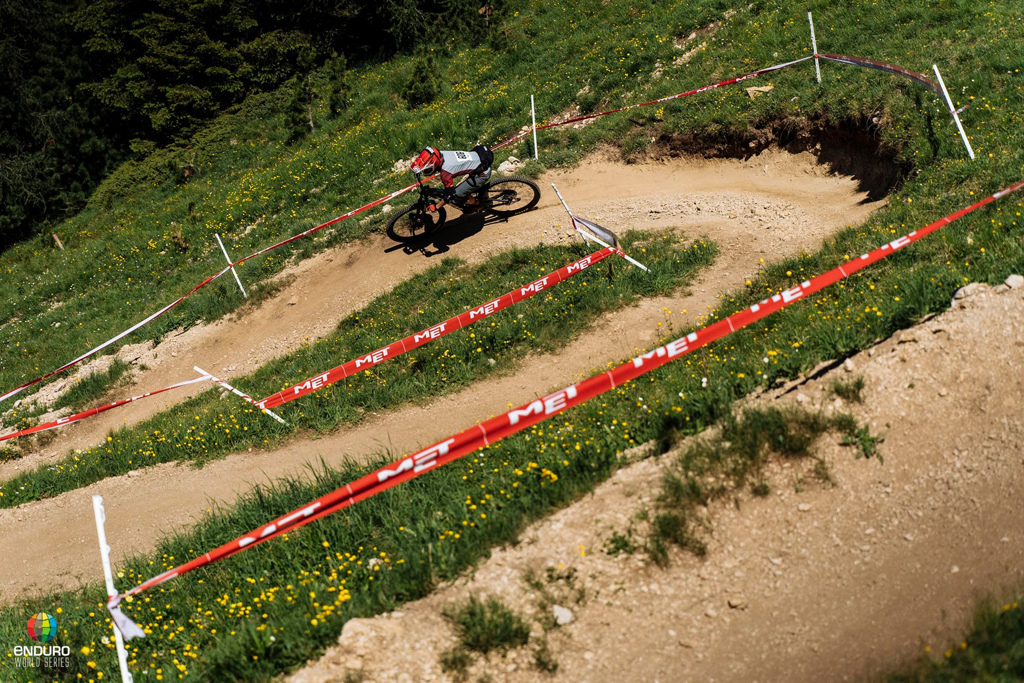 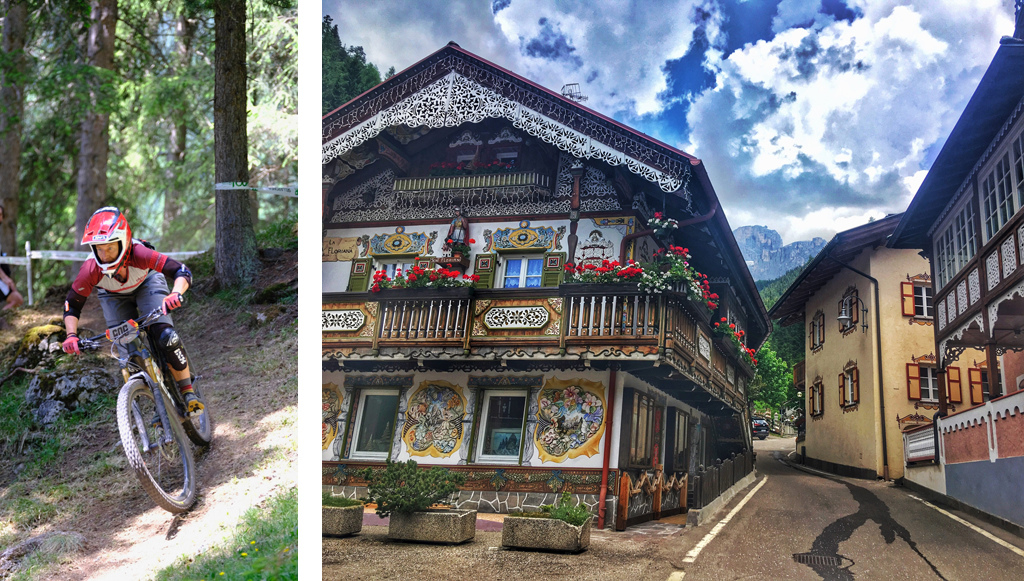 With the beginning of August a tight program started: Wienerwald Enduro #2, Austrian Enduro Championships Schöckl / Graz, Alpine Series #2 Reschenpass and a start at Ötztaler Radmarathon: Two 1st, a silver medal at the Enduro Championships in Elite Category and unfortunately a DNF at Ötztaler due to an old knee injury (I should have known better, but if you don’t try…) I had to get off the bike during the last climb to Timmelsjoch, finally. Especially the journey back to start/finish in the “broom wagon” was a new experience.

The last two races of the season were Alpine Series #3 Kronplatz and Wienerwald Trails #3. In both series I took home the overall title happily (that is Masters Category in AES). 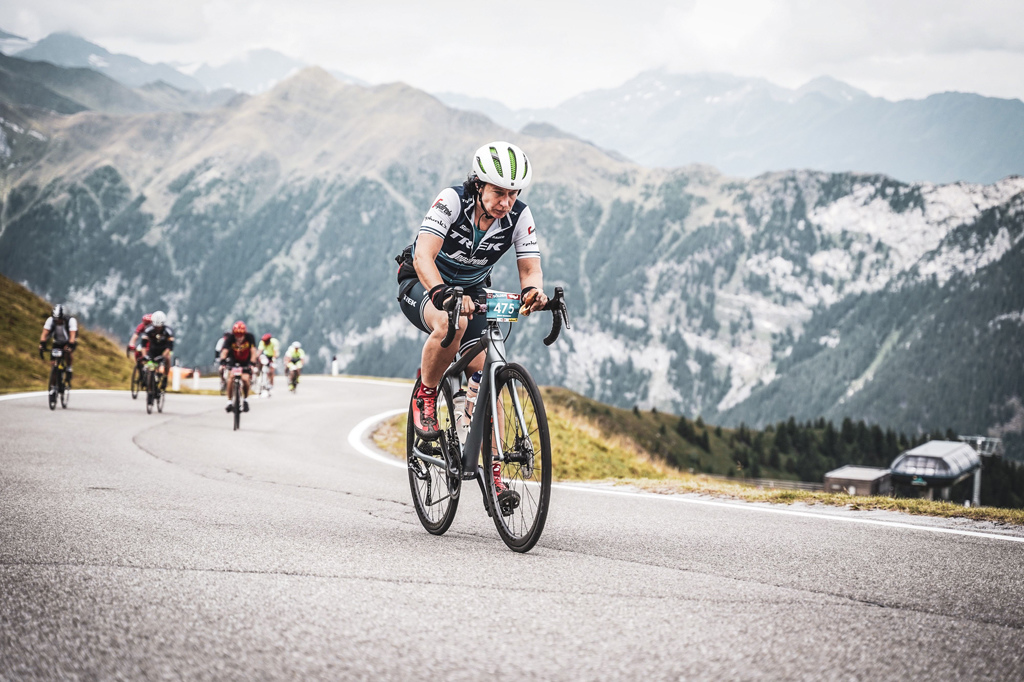 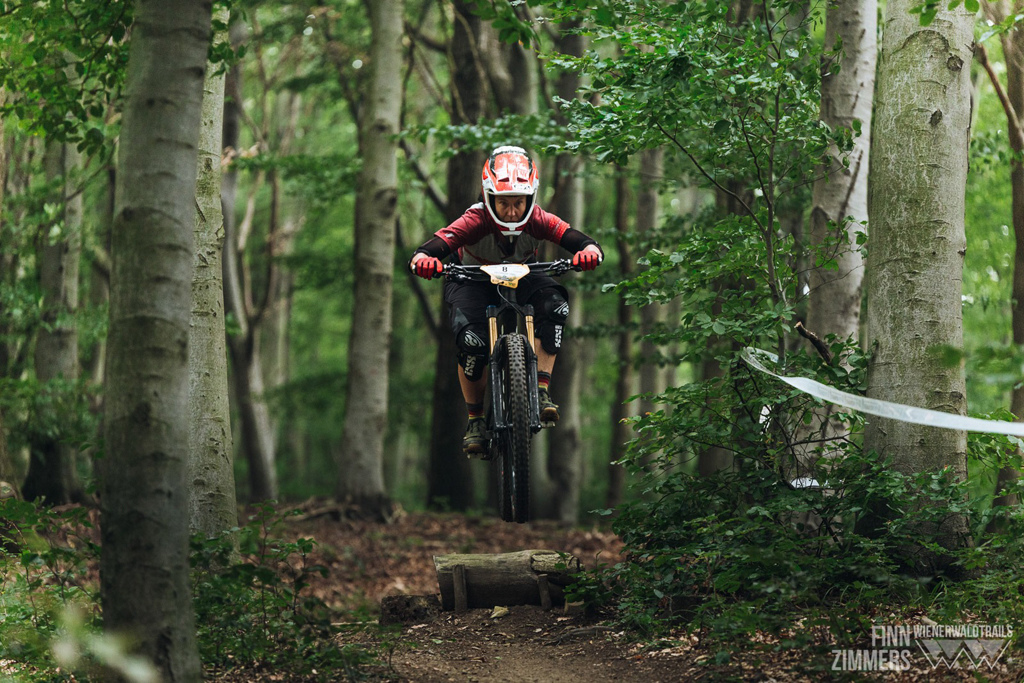 Due to the big fun, I had on my new Cyclocross weapon, a Boone I once again started at a few not-too-far Cyclocross races.

For 2020, me and my new Slash 9.9 in sick Project One colors are looking forward to more or less the “same procedure as every year”!

Big thanks to Trek Bikes for their support – my bike family for quite some years!

2019 was my 10th anniversary with Trek Bikes and I finally got to meet the owner and mastermind behind it, John Burke. And what's the best way to celebrate ten years on Trek? Right, I rode many amazing trails around the world mainly on my Trek Slash and my Remedy and spent some time on pump tracks on my Ticket. It's hard to name the highlights of 2019 in short words but I surely love to remember the summer in the Alps. The most memorable days were in Verbier, where we had BBQ in a remote hunter cabin and took an ice bath in the glacier lake. Also my week in Zermatt was absolutely sick - I am so in love with the Matterhorn and all its trails around it. 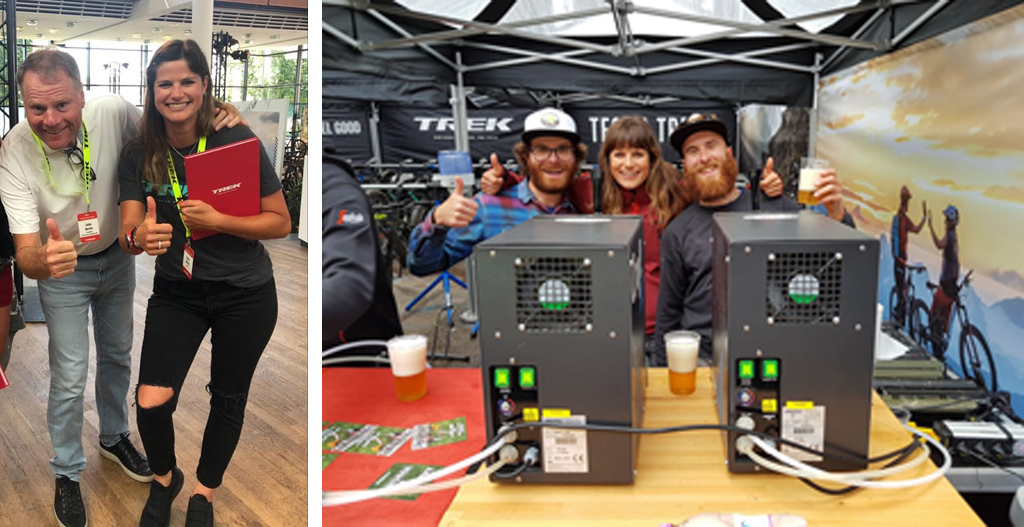 Trekfamily, John Burke, Steffi Marth at Trek World and the Lupato Brothers at BIke Festival Riva del Garda
Another great Swiss memory is from riding with Claudio Caluori and Micalya Gatto in St. Moritz and Flims.

Pics by GOPRO
Anything I do with Micayla is basically always unforgettable. We had some sick days in the Dolomites and our visit at Oktoberfest was a perfect end of the season. 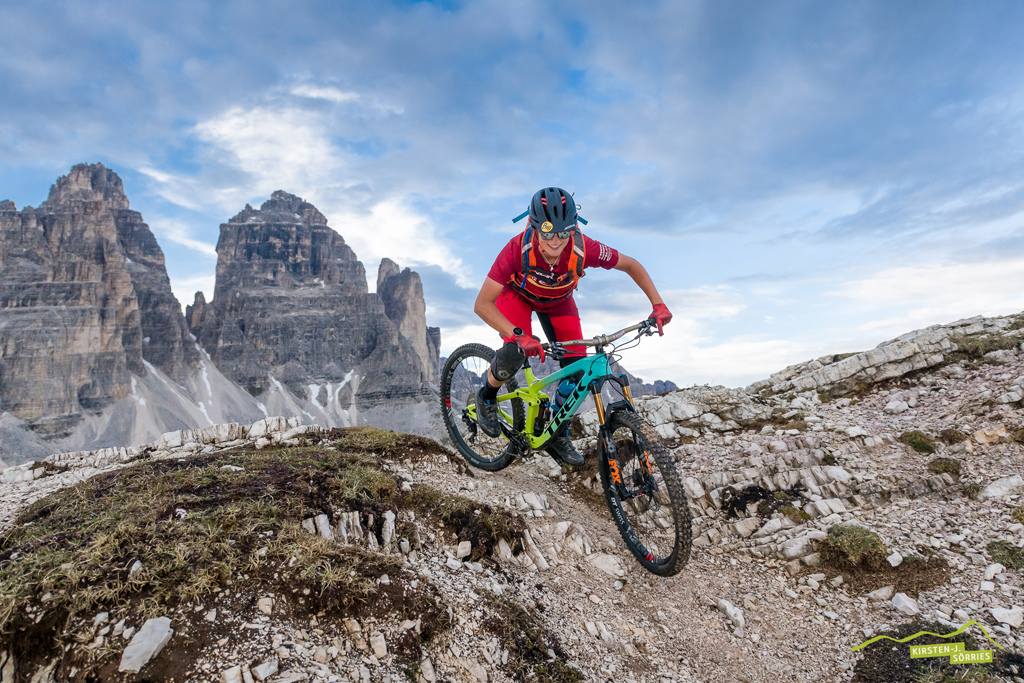 Oh yeah… I made a whole lot of bike camps and thought dozens of people how to improve their riding. The event I am most proud of last year was the second edition of my „Bike Festival“ in my home town. To see into these happy faces of our little next generation shredders is just the best prize and means I don't miss competing at all.

Goodtimes in Verbier with Micayla Gatto

One of Steffi's favorite places in Switzerland, Zermatt. Riding under the Matterhorn captured by Tom Malecha 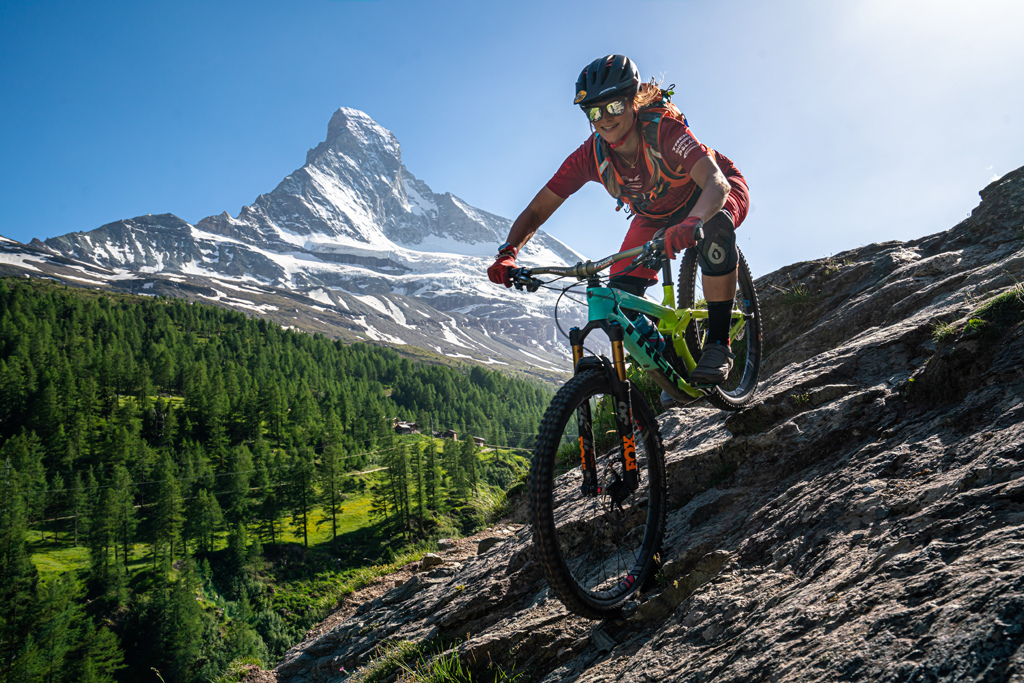 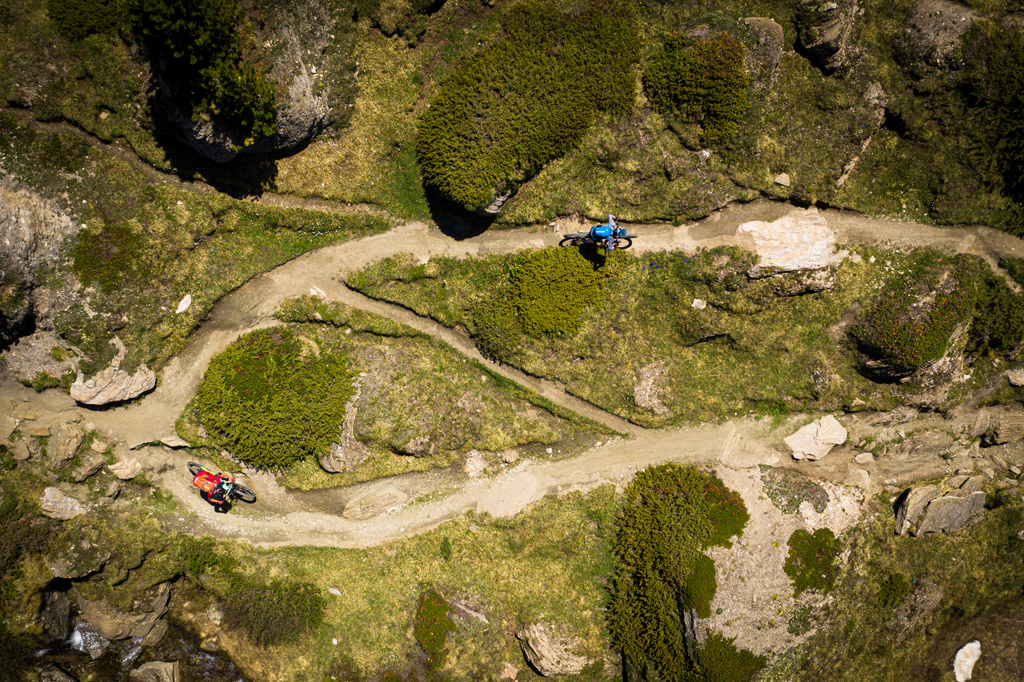 The most creative I have probably been with Marco Fischer - a photographer I met lately. He is a master of portrait photography and got really interested in mountainbiking. I love to work with several photographers who want to put mountain biking in a different light than you usually see it, such as Marco or Jan Volbracht, who has even built a little mountain bike set in a studio for me. 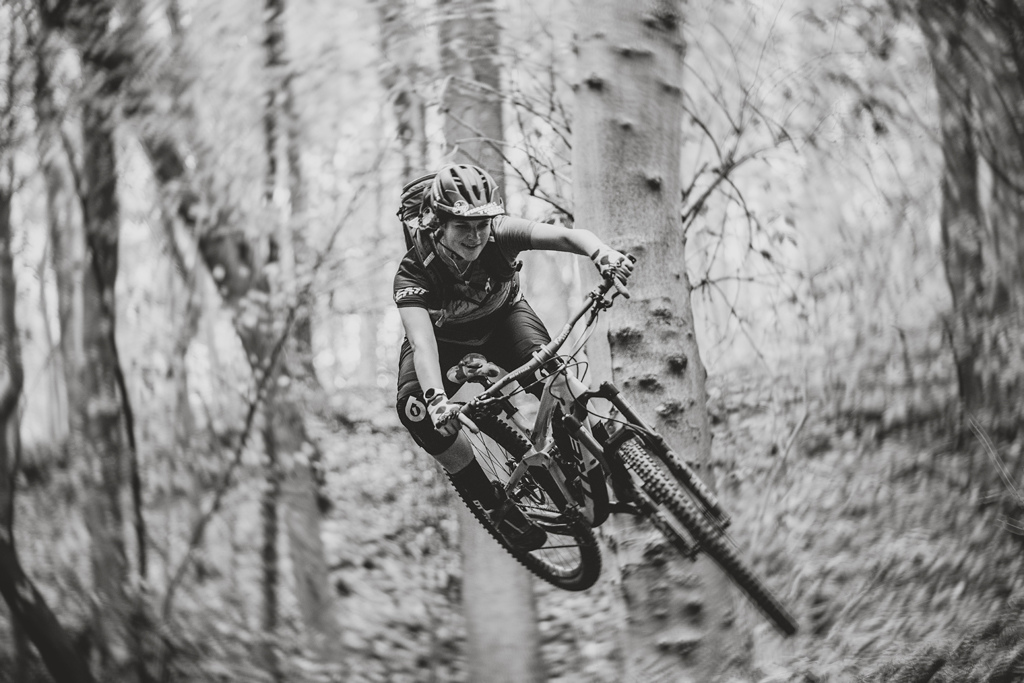 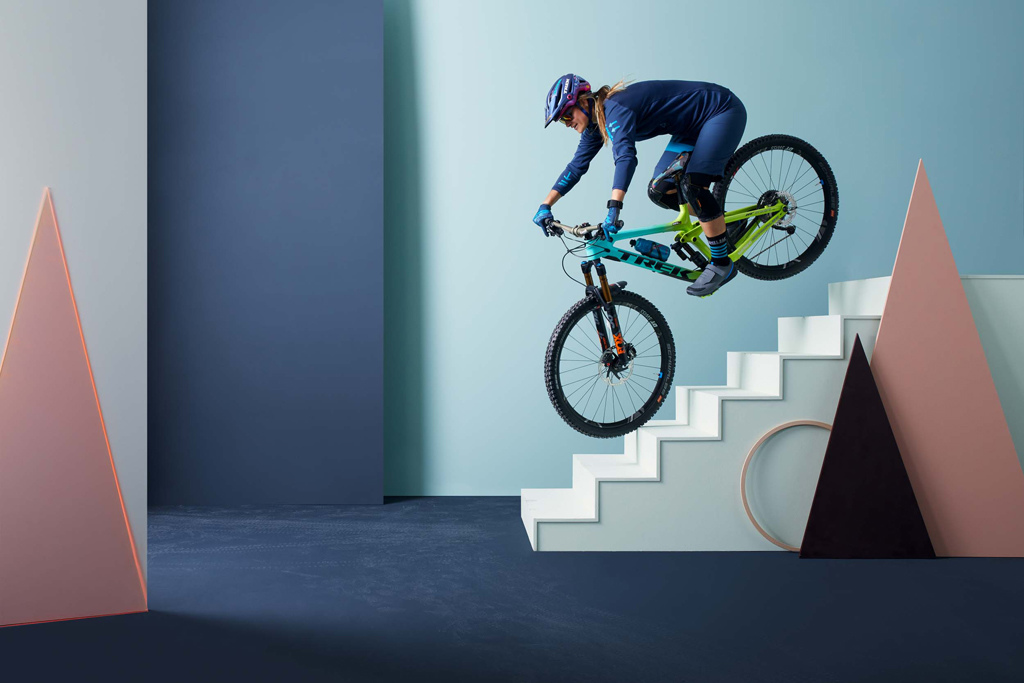 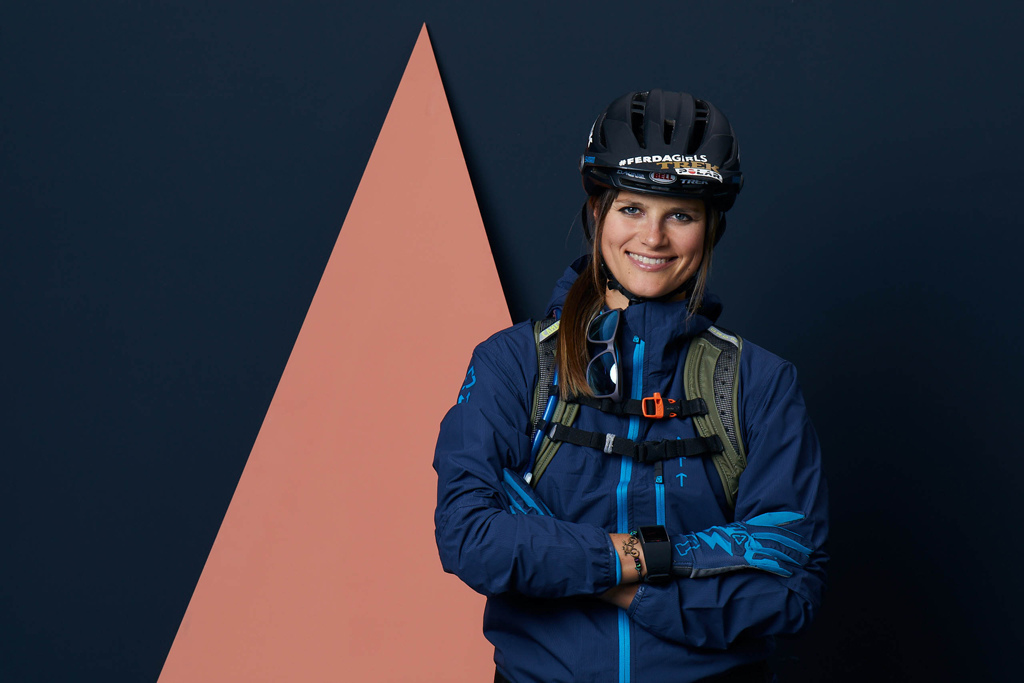 Pics by Jan Volbracht. Getting creative in the studio
My season didn´t really come to an end because in December I went for my biggest trip of the year actually. Have you ever heard of Yunnan/China? A winter trip to the Tibetan plateau was a real challenge temperature wise but the beauty of this place in the world is unreal.

Zeeober (Apr 4, 2020 at 3:12)
I cant go outside, the forest is closed. Pinkbike: Stunning locations around the world to ride your bike !

Zeeober (Apr 4, 2020 at 16:06)
@PauRexs: Actually u can. Danger of fire, chemicals, massive hunting or due too many people spreading virus on parking lot. U can breathe in your private forest or in front yard. Its sad but most of the people will understand how to keep distance and dont risk but that small amount of reckless ones will spread the virus faster.

RelapsedMandalorian (Apr 4, 2020 at 3:19)
Some bangers in there of the ladies shredding. God I miss the bloody trails.