Brayden Barrett-Hay and filmer, Brad Scholl bring us an East Coast edit from Highland Bike Park. We also caught up with Brayden to ask him about everything from his first bike ride, using passion to overcome his fear, and working with Cirque Du Soleil. And when he says things like, "I am just finishing up a 20ft roll in that doubles as a balcony outside my bedroom," you can't help but want to know more about him.

What is your first memory of riding a bike?

My first memory on my bike would be when I was a little kid. My dad bought me a kid's BMX and worried about me, so he made me wear a hockey helmet with the cage on the front. I remember the first day I got the bike, pedalling full speed at a curb planning to jump it and ending up with a flat tire.

When did you decide to focus on riding as a profession?

Riding as a profession was my dream ever since I started really riding when I was 13. When I got out of high school I went and got a full-time job, but kept riding every night on the side. In 2011, I went to Claymore Challenge, my first time riding a big Slopestyle contest. I ended up 12th and was addicted, from there on that’s all I could focus on!

What is the freeride scene like on the East Coast versus the West Coast?

There are actually a ton of riders and we have the sickest indoor park; Joyride 150, so I don’t mind the long winters. It's funny, I’ve gone out west planning on staying a couple times now and as amazing as it is to be in the mountains I always miss the group of riders in Ontario and some of the most fun sessions! The West is amazing, but Onterrible really isn’t that terrible.

Why freeride? Why not downhill racing, BMX, enduro, or even cyclocross?

I first wanted to get into racing 4X after seeing an article in an MTB magazine from Sea Otter Classic. But right after I got my first bike I saw a show at a local fair called “the flow show”. At this show, I saw Logan Peat doing no foot cans over the box jump and I was hooked! Freeride was all I wanted to do. 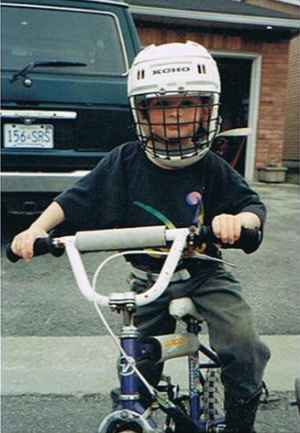 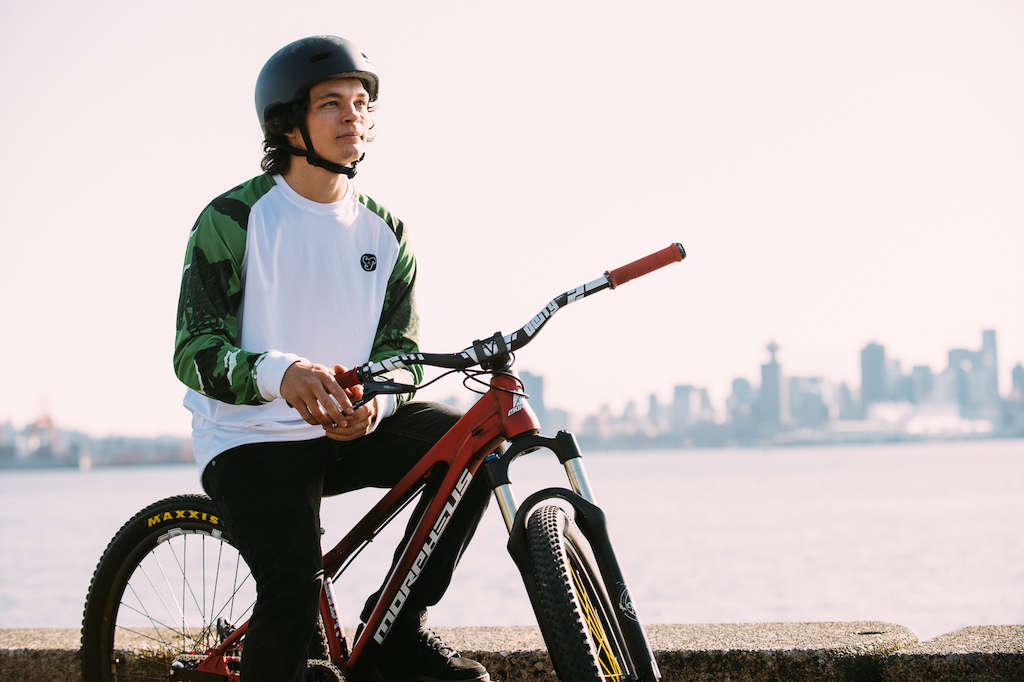 Who has influenced your racing career the most?

So many riders have influenced me but The Claw and Zink were gods to me as a kid! The first year I started to really chase the contest scene I have to say being around Drew Bezanson was probably my biggest influence. He just taught me if you want something, believe in yourself and go for it!

Walk me through your crash at Crankworx, what happened and how has the recovery process been?

In 2013 I was stoked, I was always in finals and getting good results at every contest I rode. Crankworx was coming up and I knew I was the first wildcard in, I convinced my mom and my sister to both come watch me compete for the first time! I got a last minute wild card the morning before; I hadn’t done much of my run yet but I was so ready for it. I still remember what I had planned. I remember being up top ready to drop in, being interviewed by Brett Tippie, and looking across the crowd of people and just thinking dreams can come true. A little to excited, I pedalled too much into tail whipping off the starting drop. I had never tail whipped a big drop before so I caught early and nose dived straight to my face. I was a little too willing to just go for! Next thing I can remember was 4 days later in the hospital. I had a TBI - Traumatic Brain Injury. Six spots of bleeding in my brain that, luckily, stopped just in time or I would have been hooked to some sort of drain and induced in a coma to recover. From there the recovery was a slow process. My first injury biking and I was off my bike for six months. I had to do a lot of thinking about whether or not it's worth it anymore, a lot of people think I’m an idiot to still be riding. I pictured myself both ways; giving up on what I want and how I’d feel the rest of my life, versus accepting how fragile humans really are. Coming back from it I went through so many ups and downs where I’d be terrified and ready to give up. In 2014 I’d go to a contest so scared that I’d force my self to send stuff and get minor injury, after injury, and then the worse I did the more it got into my head that maybe I would never be the same. It felt like the fear I developed had almost ruined the passion I'd had. Finally this year I’ve been starting to feel better, just riding because I love to ride. I have my goals I’m still aiming to achieve, but the biggest is just to enjoy this small window of time I can spend doing what I love! 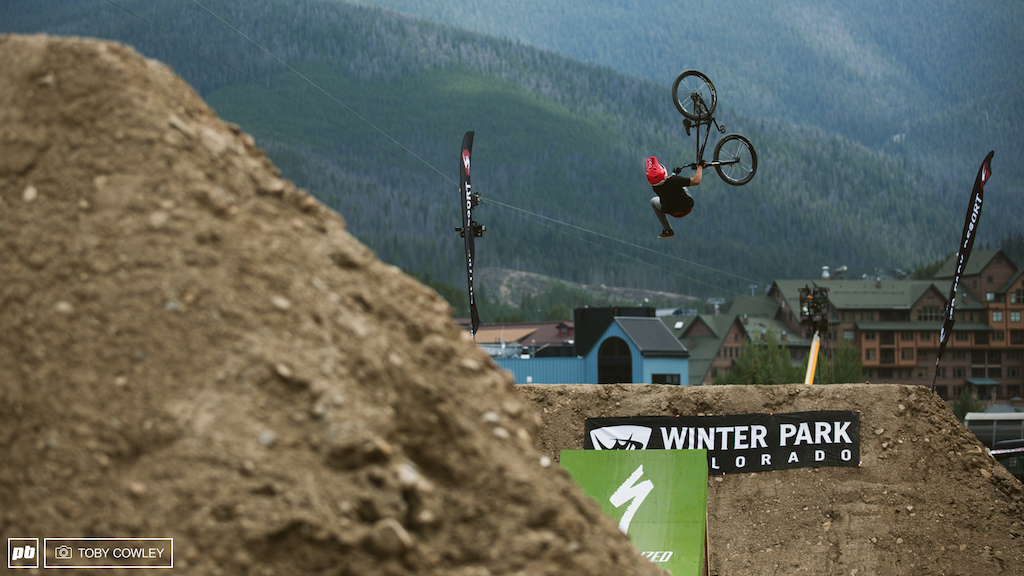 And how has this season been?

This past season has been a ton of fun! It started it out doing an X-Knights show in Costa Rica and I got to meet some of my idols from Freestyle Moto!! Then lots of traveling to new places to compete. I also got to experience being a part of a Cirque Du Soleil show for the opening ceremonies of the PanAm games! And now I’m loving my first fall at home while being healthy in a few years, building up a wicked yard set up again for some big things I have planned next year!

What are your goals for freeride? What do you hope to achieve?

I have two goals that I can never stop thinking about. The first is to get back into Crankworx and just get a solid run top to bottom. My second goal is to shoot a web edit with every dream trick; like why have I not landed a 720 out of a wale tail? I live on really flat land which isn’t the best but I’ve now started building that set up at my house in Ontario. I am just finishing up a 20ft roll in that doubles as a balcony outside my bedroom! 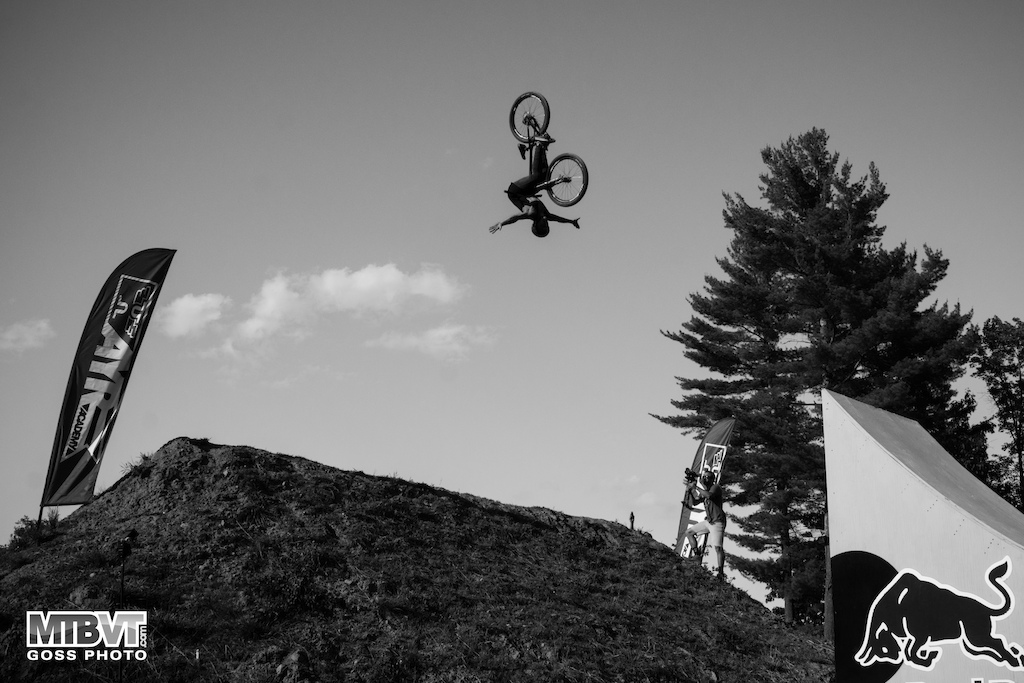 Who are you riding for?

How do you find your personality and style sets you apart from other freeriders?

I come from a skate park background growing up in Ontario so my comfort zones for tricks are different than most riders. I also have a weird mental block where one day I double truck a jump first run and then the next I don’t even want to barspin it; I can’t force myself to do anything, I have to want to do it. This has made me learn weirder stuff like 360 indian airs and 360 no-handers off weird features. My personality, I don’t know, I think I always try to just go into 'training' mode because I’m way too hungry for it! Then I ride terribly and get beat up making mistakes on things I’ve done perfectly for years, so I decide to go flow and only do moto whips and euro tables and before I know it I’m having the craziest session doing every trick a million times better then ever! It’s taught me that I can’t think about doing or try to force myself to do anything. I just have to be on my bike every day having fun and before I know it I’m right where I wanted to be.

What are some of your top career highlights this far?

There have been so many amazing moments! A few come to mind, spending a month and a half riding and shooting in Hawaii. Being a part of Cirque Du Soleil was a serious highlight for me. In 2012, my first year at Crankworx, trying to 720 that last step down during best trick was one of the craziest feeling moments of my life! Winning Go Pro games as well; It’s funny, I remember watching a video years ago where Cam McCaul talks about how your first win is like a dog tasting its first blood. Its the best analogy, I tasted that blood and I’ve been starving ever since! 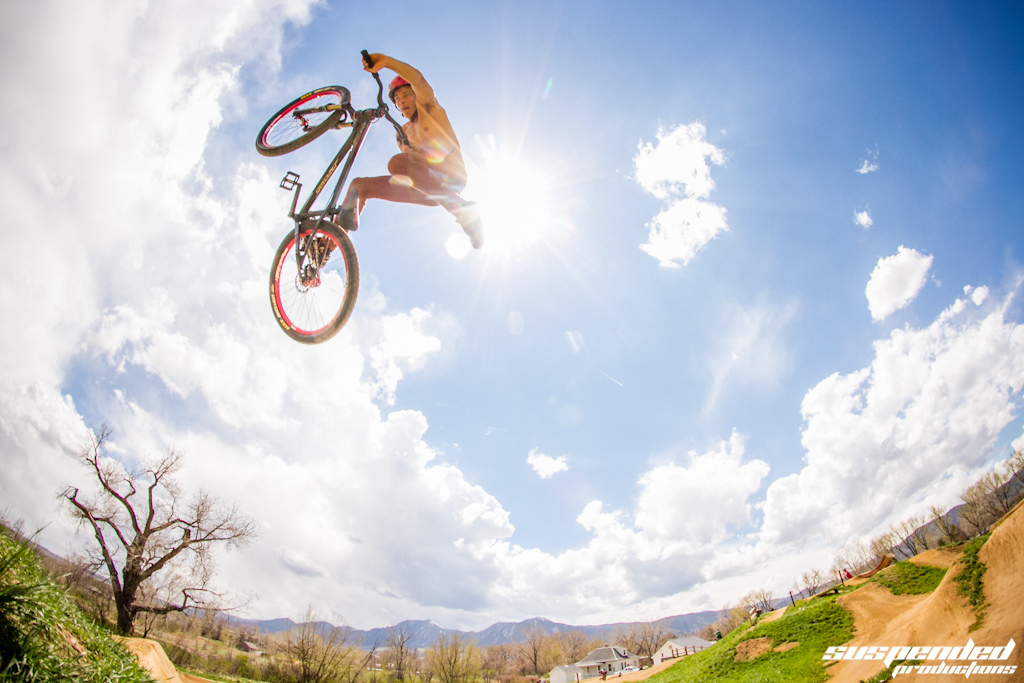 Tell me about this edit? What was the idea behind doing it? Who was involved?

I’m really happy with this video, it’s made me find a bit of my old passion for riding my bike my way. I’ve wanted to shoot at Highland Mountain for years. The people there are the best, so helpful since day one! My goal for this video was simple, to have fun on my bike and put together a short video that I can enjoy watching. The past couple years have been injury packed, so I just wanted to do something I can be proud of! It was great working with Brad Scholl and having the support from Morpheus, Spank and Sombrio to make this video at Highland Mountain possible.

BraydenBlacklock (Nov 6, 2015 at 17:04)
Definitely wouldn't mind seeing him back at Crankworx.

Highland is such an incredible place; for those of us fortunate enough to call it part of our home zone, well, it's hard to even find words. Mark Hayes and all the crew there from the folks selling passes to Patrick at camps to Chris and the coaching staff to the shop crew and the cafe folks. The list is just endless. Even though it's a bit of a haul to get there, it's always worth the trip. Can't wait to go back...tomorrow!!!

MikeZinger (Nov 6, 2015 at 23:16)
I couldn't be more stoked to see Brayden back on the bike killing it, always been a favourite to watch and great guy from the times we have crossed paths. It took me what felt like years to get my head straight again after a crash. Head injurys really are no joke.

Nico-T (Nov 7, 2015 at 10:28)
Awesome edit and nice write up Brayden! Inspiring hearing about how you came back from your injury, keep it up you've got a rad selection of tricks!

vans (Nov 6, 2015 at 16:23)
I was honestly just wondering earlier this week what is happening with Brayden. Thanks for the update!

krazieghost (Nov 6, 2015 at 16:46)
im just curious. why such a long recovery time for a TBI? did he have other injuries as well? i dont know what happens with serious TBIs

handsomedan (Nov 6, 2015 at 21:07)
www.cps.ca/documents/position/sport-related-concussion-evaluation-management
See tables 2, 3, and 4 for the protocol to return to normal activities - depending on the stage different markers are used for measuring improvement like heart rate when returning to exercise.