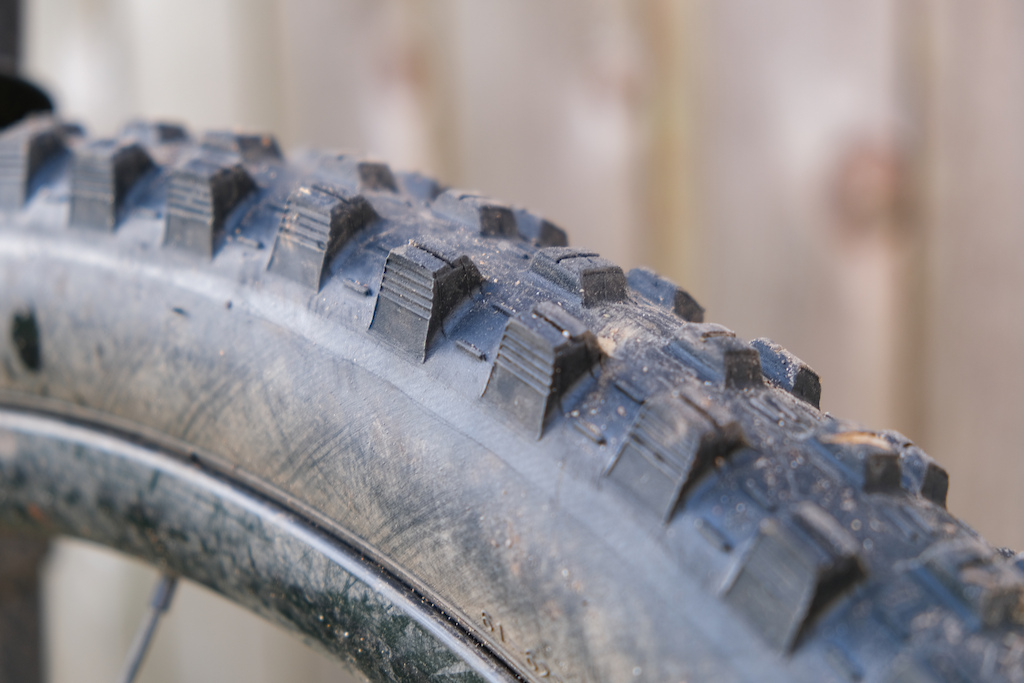 In an effort to cut down on Sharpie cover-ups, Maxxis have taken matters into their own hands for select DH tire models with the release of a new line of NotPatch models. These tires are designed to help out the large crop of top-level racers who would normally be forced to buy multiple permanent markers a season in order to keep their sponsors happy.


The new NotPatch edition tire will be available in several popular gravity-oriented models and will be denoted by 'NP' at the end of the model name, although there obviously won't be anything to read on the tire itself. The NP designation will also help Maxxis lengthen their model names and increase the number of SKUs in their catalog, one of the company's main goals each year.

Initially, the option will be available only for the Minion DHF, Minion DHR II, High Roller II, Assegai, and Shorty tires in DH casing/wire bead versions. 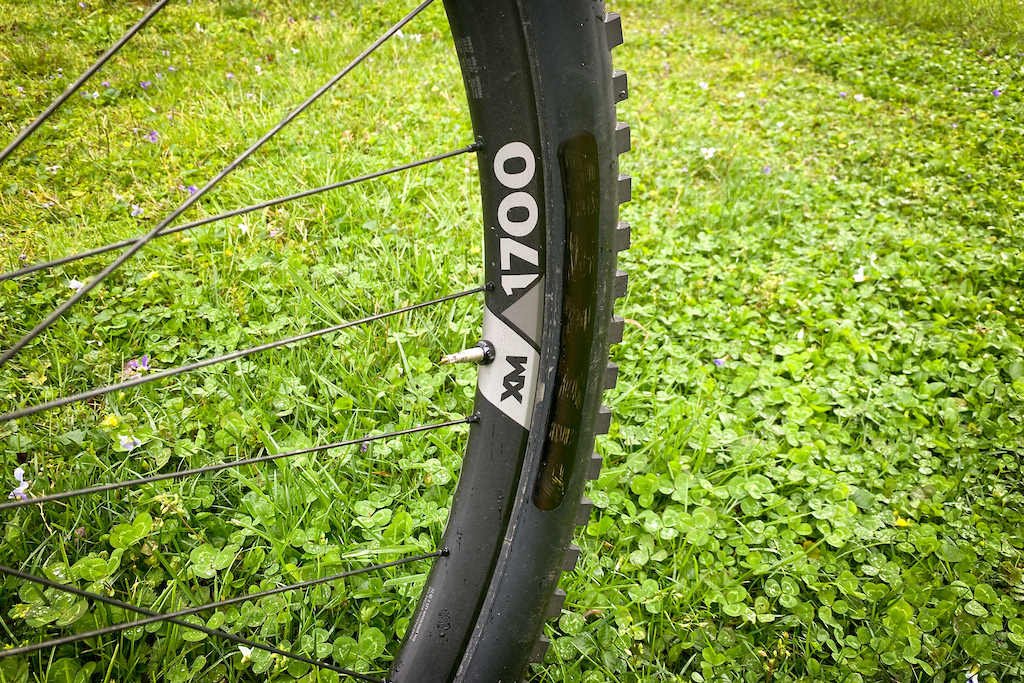 You can't really tell what it is from a distance, but the Sharpie only does so much in covering up a logo up close...Maxxis aims to alleviate the pain with their new 'NotPatch' tires.
According to Maxxis, other riders who are interested in doing the same for themselves can purchase a special paint pen that was designed by Maxxis to impregnate the rubber compound rather than simply covering it up. The ink is fully waterproof once it's dry, so racers won't need to worry about hiding in the pits after a wet and muddy World Cup run.

'NotPatch' tires and paint pens will initially only be available to order for licensed trade teams, managers, and UCI-ranked athletes due to limited quantities being produced. Maxxis have not yet disclosed when exactly they will roll the option out to the general public, but it is in the works with pricing TBD.

bh406 (Apr 1, 2021 at 8:03)
“The NP designation will also help Maxxis lengthen their model names and increase the number of SKUs in their catalog, one of the company's main goals each year.” LMAO

gnomesanebro (Apr 1, 2021 at 8:53)
For sure—Maxxis tires are so dominant my first thought was "weird but makes sense"

gtill9000 (Apr 1, 2021 at 8:13)
I wish this was really an option. Not so much because all my sponsors are concerned but it would be nice just to not have that garish yellow logo.

brianpark Mod (Apr 1, 2021 at 8:36)
I’m the same. I hoard the OEM white branding Maxxis because the yorange clashes with everything.

Peally (Apr 1, 2021 at 8:57)
Genuinely one of the reasons I went with Kenda this year. Maxxis makes amazing products but I'm not paying $140 to be a rolling Maxxis billboard clashing with everything that isn't yellow. And I'm way too lazy to be using a sharpie to customize sidewalls.

Kinda reminds me of Alpinestars. There's some brands that just NEED to have their logo highly visible.

johnnyboy11000 (Apr 1, 2021 at 9:06)
@Peally: personally I couldn't give a shit what they look like, when I'm hammering down a trail I'd take day-glo pink if they offered superior performance

MLeier (Apr 1, 2021 at 14:11)
@Peally: I actually tried other tires too for this exact reason but they just didn’t compare. Thank goodness for Sharpie pens!

tcmtnbikr (Apr 1, 2021 at 8:22)
An April Fools that's actually a brilliant marketing reminder how sought after their tires are. Well played!

R-M-R (Apr 1, 2021 at 9:02)
Castelli did this with their Gabba Pro jersey, which included a black felt pen in the box. I think the statement that 100 Pro versions were available was actually true. For the price of creating the packaging, it's great marketing.

timotheysski (Apr 1, 2021 at 8:03)
trek racing teams cheering until they check what today is

Lornholio (Apr 1, 2021 at 8:28)
For anyone genuinely interested, oil-based paint pens do work much better than a normal Sharpie style marker.

SteepJobs (Apr 1, 2021 at 8:04)
Delays in delivery have led to universal calls to delay the opener in Ft. William.

CustardCountry (Apr 1, 2021 at 8:11)
Just think how sad all the non-Maxxis athletes were when they realised this was a joke

Someoldfart (Apr 1, 2021 at 8:57)
Castelli actual did a version of this as a joke. Their soft shell Gabba winter jersey was so good that many pros bought them and felt penned the logo out if they weren’t sponsored by Castelli. Next year Castelli sold. Pro version that came in a box with a sharpie.

dump (Apr 1, 2021 at 10:51)
For everyone complaining about the yellow logo, do remember when maxxis tires had an orange pinstripe line all the way around the tire... on both sides!

wyorider (Apr 1, 2021 at 11:30)
Wobbles and all, I still prefer Maxxis tires. I don’t prefer the massive hot patches with the looooooong designation and the garish yellow brand logo.

I’d be all about this, April Fools joke or not.

Lemmyschild (Apr 1, 2021 at 18:00)
Everyone complaing about how their tires look while they are dressed like goobs and playing in dirt. Are the comments part of the April Fool experience also? They must be if people are concerned about crap like that.

dump (Apr 1, 2021 at 10:03)
Paint marker works very well. Check out ones for graffiti artists, like: shop.bombingscience.com/canada/molotow-627hs-15mm-one4all-paint-marker.html

Lornholio (Apr 1, 2021 at 11:06)
@dump: That's an acrylic/water-based paint marker (similar to Uni-Ball Posca) and isn't too durable. Stick to oil-based. Uni-Ball "Paint" and Sharpie has something too.

J1BB (Apr 1, 2021 at 8:45)
Couldn't look any worse than the current patch design. I know deep down Maxxis want to bring back the old style hot patches

lumpy873 (Apr 1, 2021 at 8:56)
This will as be good for the people that are concerned that the normal yellow Maxxis logo doesn't match their bike..

Jedimtnbiker (Apr 1, 2021 at 8:25)
Now if MAXXIS could really focus on quality control that would be FANTASTIC! NO JOKE!