Oct 1, 2010 at 3:18
by Dartmoor-Bikes
Tweet
Last weekend, the beautiful small town Pisek in Czech Republic was the home for last FMB World Tour contest in Europe this year. The track was a slopestyle/skatepark combination nicely situated in the middle of the Old Town main square. On the start list you could find best Czech and Polish dirt jump riders. 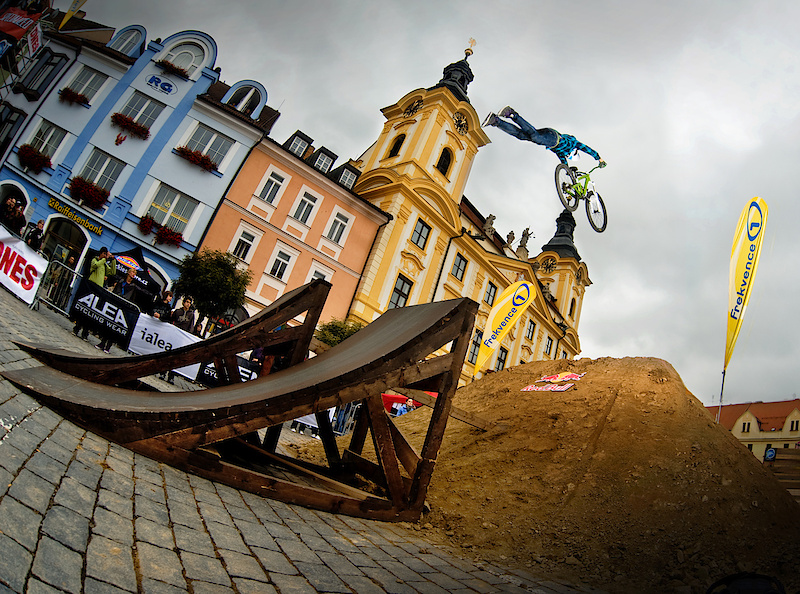 Szymon Godziek
After the qualifications were won by Kuba Vencl the spectators could see really interesting high jump competition. With the bar going above 5m Szymon Godziek broke crank on his bike when it hit the ground after the jump and Kuba Vencl was eliminated from the finals by serious injury when he fell down. When the bar rose to 5.60m the only one who managed to pass this height was young David Godziek who won this contest and earned 10000 Czech Krones (some 550 USD). 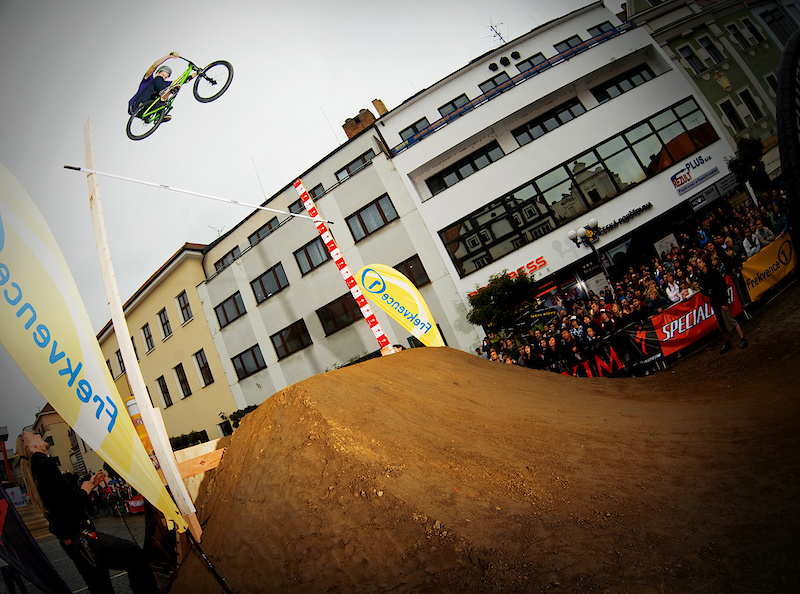 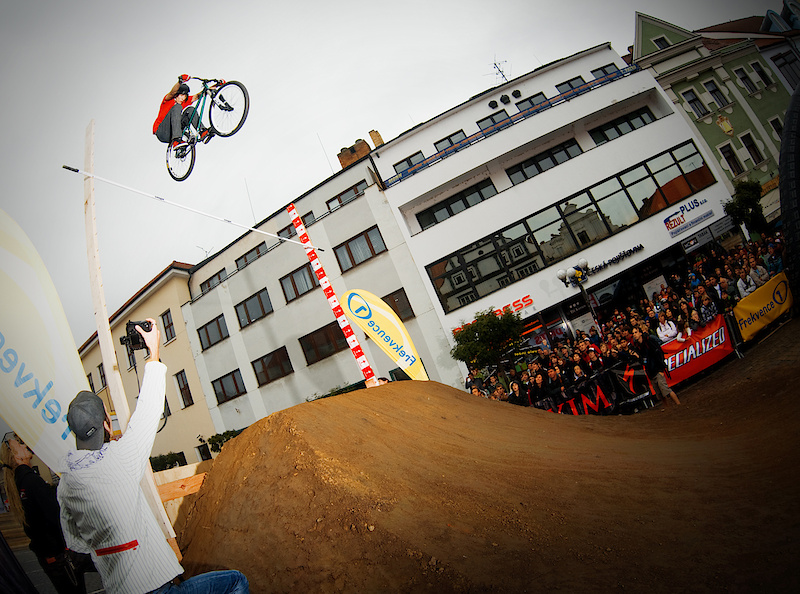 Kuba Vencl in high jump contest
The slopestyle finals with best 10 riders started just after the high jump competition as the dark clouds were coming above the Pisek. The first run showed us some good tricks even the rain quickly made the whole track slippy and dangerous. Double tailwhip from Thomas Zejda or backflip nohand from Szymon Godziek could bring us taste of what could happen in better conditions. But the best run came definetely from David Godziek. David who was riding as last one had also the worst conditions but judges had no doubts to announce him a winner when the contest was stopped after the first run due to the rainy weather.

David's run which brought him first prize and another 25000 Czech Krones (some 1400 USD): x-up at step down, backflip nohand at 1st jump, slow barspin at spine, 360-double barspin at 2nd jump, unturndown at the quarter, table at the spine, tobbogan at the step up, 360 x-up at the step down finished with oldschool nohand from the drop. 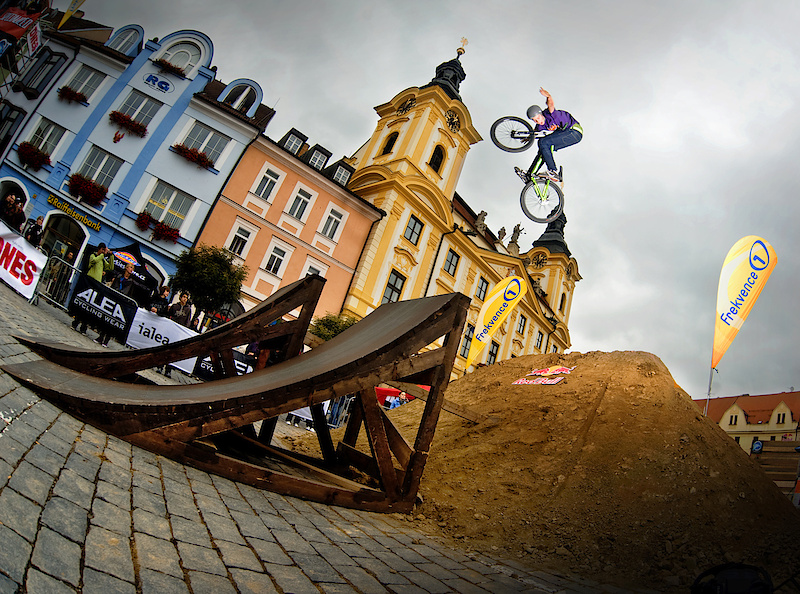 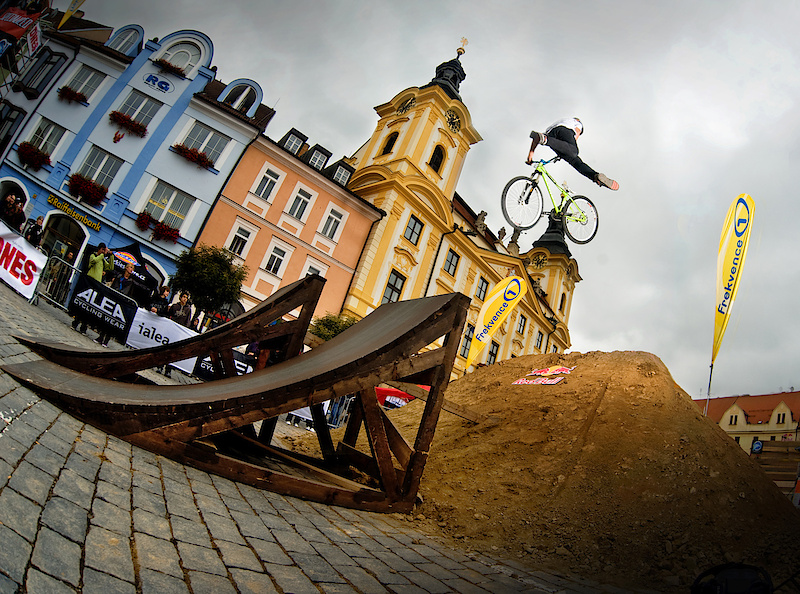 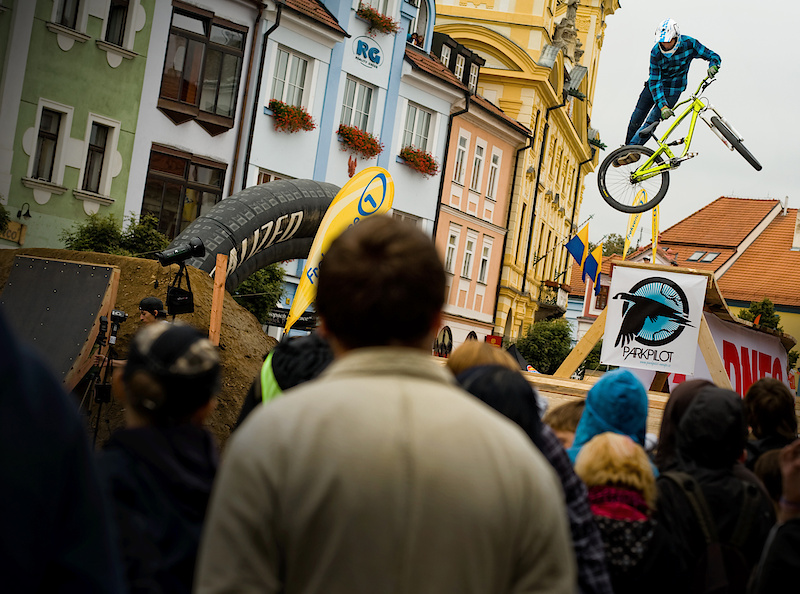 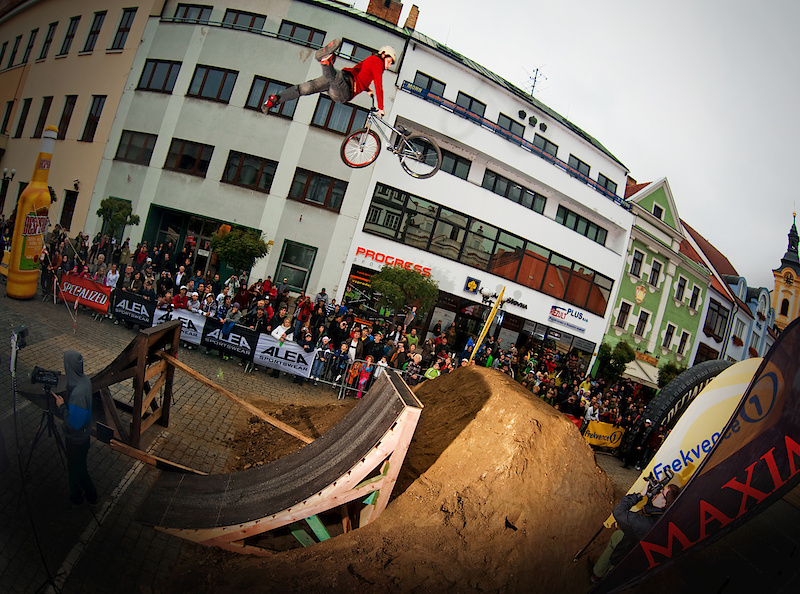 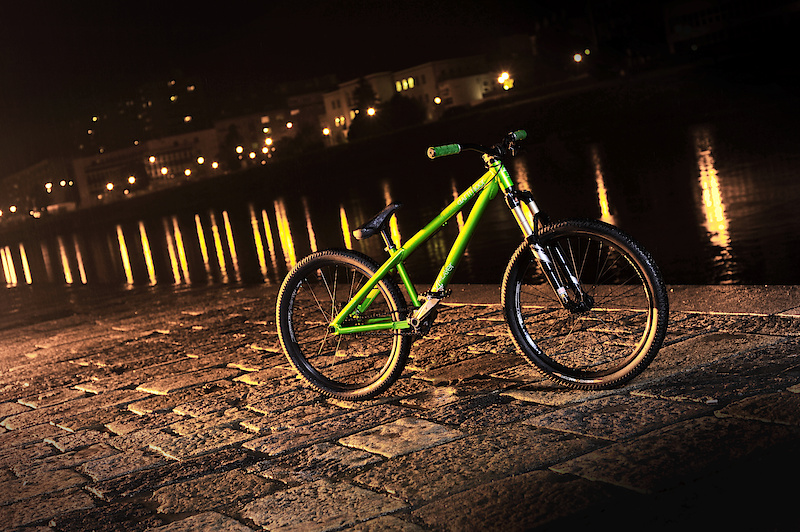 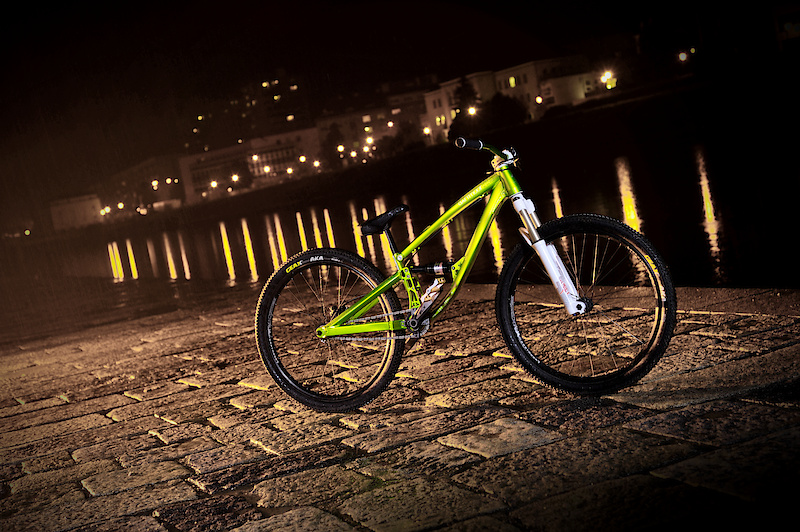 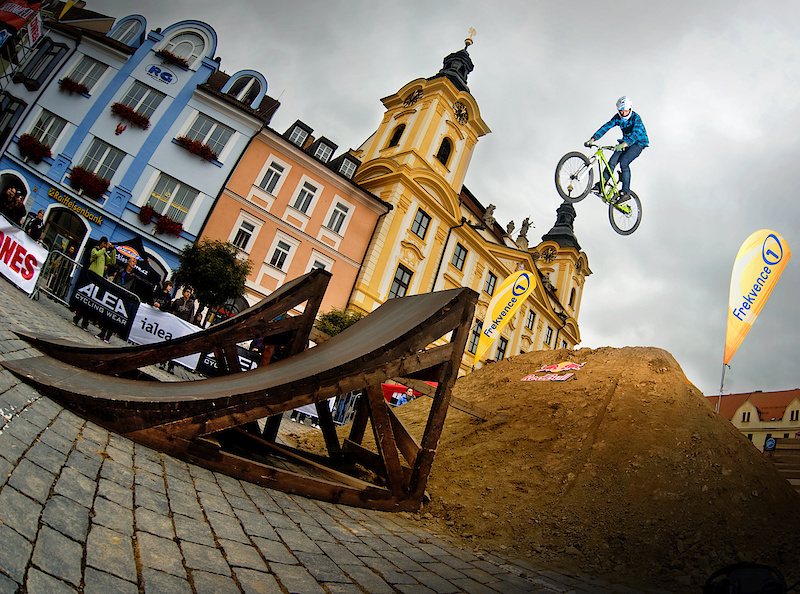 abiotic (Oct 4, 2010 at 5:30)
The Dirty Secrets - 5 Feet Of Snow and i guess it's Miami Horror remix. And as Louloulefou said before, refreshing news indeed.

samspec (Oct 4, 2010 at 2:19)
in the past few weeks ive seen Mike Montgomery tail whip a 20ft drop on a hard tail and cam zink do a a 30ft drop on a slopestyle bike with single crowns why does he need a fully for that course?

parkerrider (Oct 4, 2010 at 2:42)
everyone is different dude. some like it. can you do the tricks he has mastered? on a fully or hard tail? didnt think so. have some respect

ctd07 (Oct 4, 2010 at 2:57)
you're right 'samspec' - a slopestyle or any fully sus' bike will only be a hindrance on jumps that small... but he's a team rider and so he has the duty of testing the prototypes and repping the product.

You have to consider a slopestyle bike in relation to a downhill bike to be what a bmx is to a hardtail, where a normal hardtail lover would switch up to a dh bike for the bigger stuff, a pro will use an ss bike for such big stuff so they can still do techy trix.. :-@

slamman Plus (Oct 4, 2010 at 3:42)
absolutely, the shines for extreme slopestyle, this event is this event, just because its not super knarley does'nt mean you have to swap bikes, just shows how versiltile this bike is. and its available in January 2011 from all the worlds best Bike stores. just go to the dartmoor site for distributors www.dartmoor-bikes.com. Uk is www.Locker55.co.uk.

dart-bikes Plus (Oct 4, 2010 at 4:53)
Explanation is as usual very easy. He did not expect that this will be more skatepark than slopestyle but what a sense to bring here Mike's TW on 20ft drop with hardtail. You want all the others to do the same? Why? Szymon has a new bike and wants to test it in different conditions. And he is so good that he can make almost each trick with this frame in pretty comfortable way for him. So why he cannot use the Shine

?. He is even riding street with this frame for his fun

samspec (Oct 5, 2010 at 8:57)
I guess I see your point if he wants to get used to it / test it out, but surely for the high jump contest he would be better on the hard tail like his brother, don't you get more pop?? I dunno, I apologise for my stupid comment I had just watched rampage so was kinda like going from one extreme to the other!!

dart-bikes Plus (Oct 5, 2010 at 21:58)
Certainly it would be easier to use hardtail but he took with him only Shine. Anyway - props for him and peace fo us