After my double right side spanking a little while ago, I wasn't really sure how quickly my body was going to bounce back. It felt like one of those injuries that was going to be with me for a long time. Well with a lot of rest, great physio and loads of acupuncture I'm feeling like my a million bucks again. Once I was back on the pony (my kick ass Devinci Wilson), I was back to life...and couldn't sit still...as usual. So with that said, I hit the road in search of more good times. I looked and I found. I loaded my car to the tits, said goodbye to Nelson once again for another undetermined length of time and hit the road. I eventually made my way to Whistler for some pre-Crankworx riding/fun, but not without a stop in Revelstoke for a few days of incredible riding. Thanks for all the fun Revy crew!!I decided to show up almost a week early for Crankworx. It's one hell of a week during Crankworx, but it definitely takes away from the Whistler riding experience. Long lift lines and busy trails are not always the case in Whistler. I hooked up with the English blokes for some more madness, it was awesome as usual. Shredding bikes by day, drinking brew by night was a great warm up for the week of Crankworx. It was a sloppy week of debaucherous good times, and I think most of you have now read enough about Crankworx by now, so I'll get on with my story. This story is about the most recent Fluidride cup race held in beautiful Port Angeles Washington. 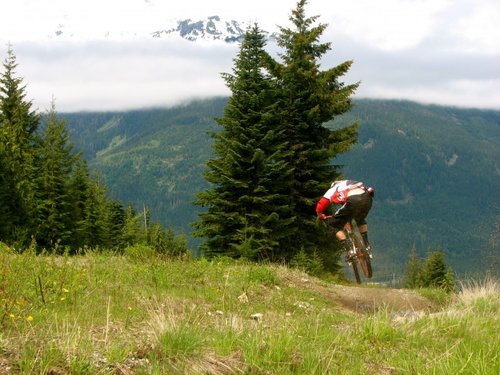 It was my first Fluidride experience and to be honest I wasn't really sure what to expect. I showed up late Thursday night, after a 9 hour drive from Squamish. The border patrol decided to rip my car apart, in search of bombs and drugs, so it took a little longer than expected. Lucky for me there were neither in my car and I was finally released. When I arrived at 10pm I somehow managed to find a sick camp site about 10 minutes from the race site. Unfortunately the only flaw with this camp site was that there were no showers, but lucky for me there was a nice river near by. I rocked an ice cold river bath each morning, and let me tell you, it's way better then a cup of coffee to start my day.

Friday morning I managed to find the race site without any sort of directions, this was great because it was a minor detail I forgot to look into. Just follow the truck with the bikes! I rolled into the race site to find the Washington scene getting set up for the weekend's race. They used 3 cube van's to shuttle us. This setup seemed to work flawlessly all weekend, I was very impressed. There was no real wait time, and you could get as many laps in as you could handle. Friday and Saturday were hot and dry. I know I said it more than once that weekend, but I was sweating like a chubby kid all day long! Word on the street was that there was a good chance of rain on Sunday. So I killed as many spiders as I could, and it all worked out. I woke up Sunday morning to rain drops falling on my tent. I was stoked! 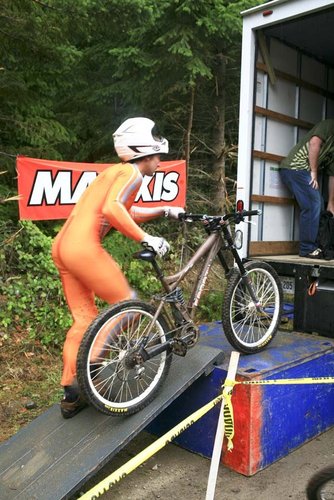 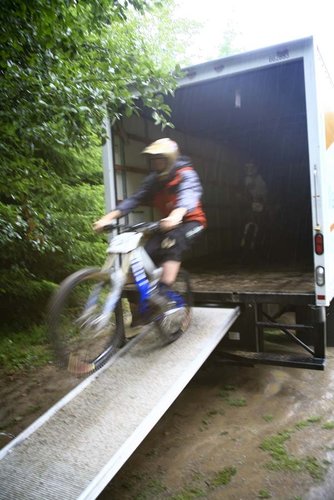 There was a dual slalom on Saturday night and it was bad ass. There was a lot of tight racing going on with both the women and the men. I had met Fluidride super athlete Lars Sternberg the day before, this dude shreds! It's amazing that the guy working his ass off at the race, ends up being the fastest guy there. It was really impressive to watch Lars ride, the dude was flying out of the berms. Most of the pics I took turned out blurry, and in reality that is how he looked. Nice work Lars, and congrats on the dual win. 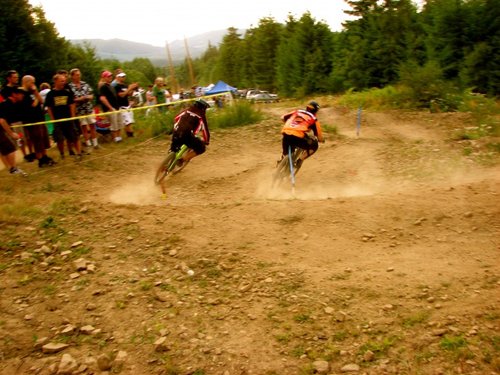 These two dudes where killing it all night 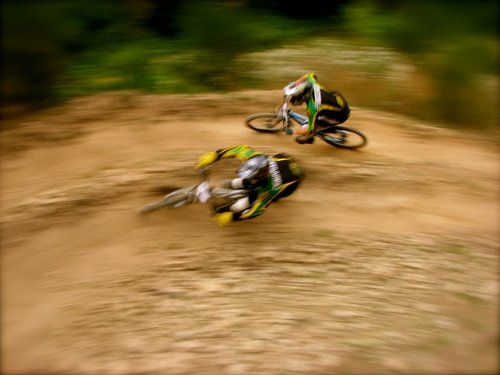 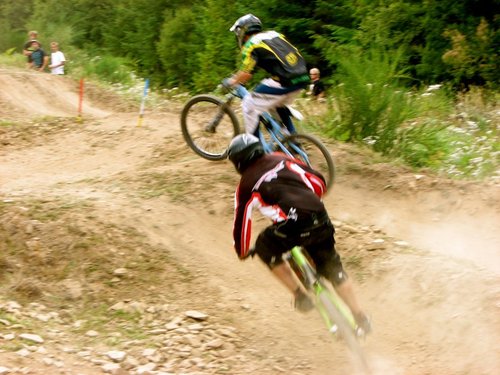 Lars putting the hurt on this dude 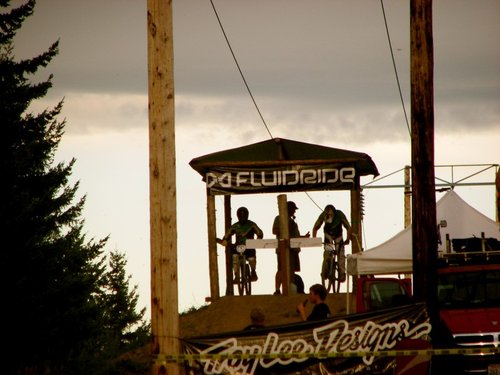 Lars and Casey in the finals 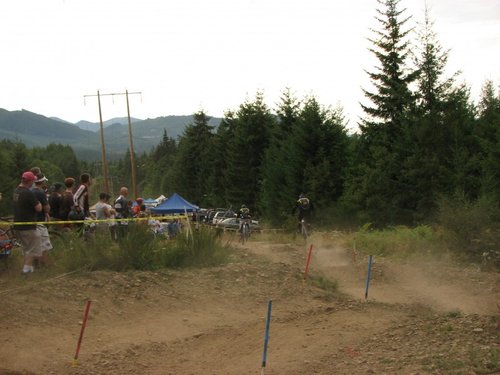 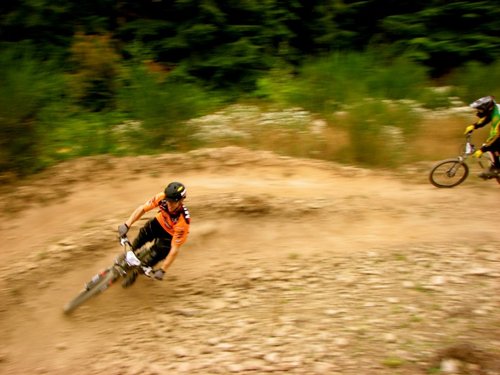 Look at the smile on this guys face...priceless 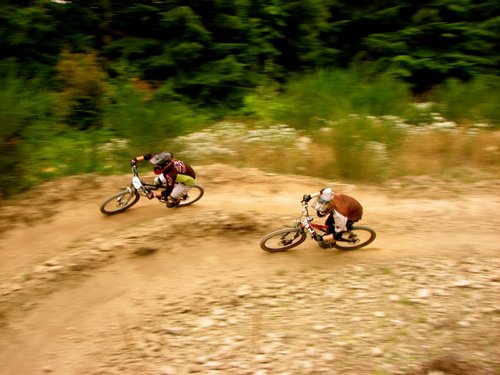 These two ladies where tight all night

I love riding in the mud...the cleanup sucks, but the riding is awesome! First thing Sunday morning was the seating run. The freshly greased course took me down. It was one of those long drifters that kept drifting...kept drifting...then took me down. Luckily it was just a seating run, and really it gave us all a better idea of how the course was going to be to race. So I chucked on a set of Maxxis wet scream mud tires on the ol' pony and tried to stay warm and dry until my race run. My race went pretty well, I made a few small mistakes as it goes on a greasy course but managed to keep the rubber side down and had a decent run. I ended up missing the podium by a c-hair with the 4th place finish. 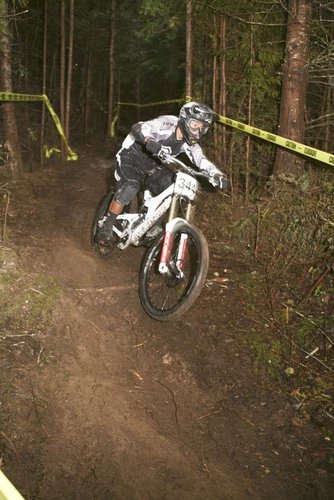 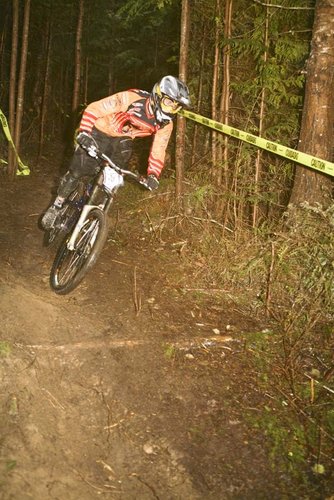 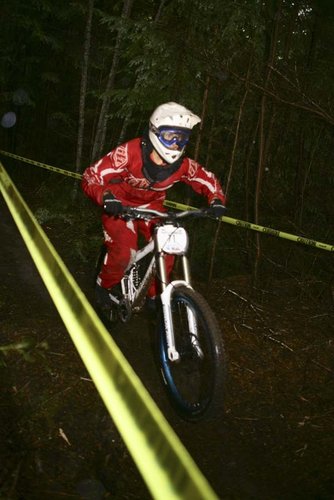 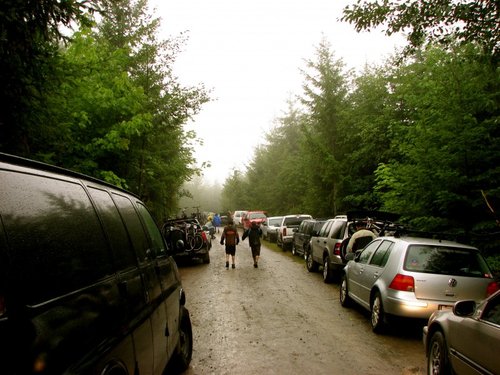 A sloppy Sunday on dry hill 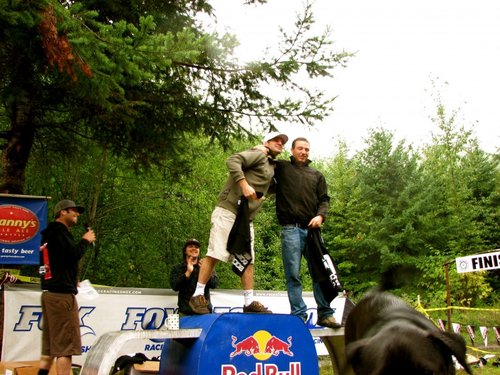 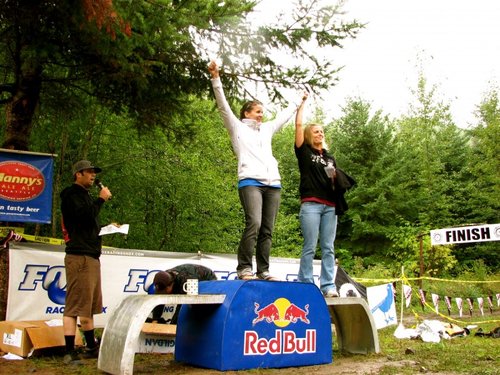 Check out all of Carl Warren's race pictures here.

After my first Fluidride experience I know I will be back. It is a very well organized event, great people and the course was awesome. Simply fun to ride! I'm encouraging anyone in the Pacific Northwest to come out and see what the Fluidride scene is all about. It's great fun and anyone in the area that likes racing bikes and loves a good time should check it out. Thanks to Simon and Lars and all the Fluidride team for a great weekend of racing.

Video from the race that Miles Sullivan aka ShovelPick made: 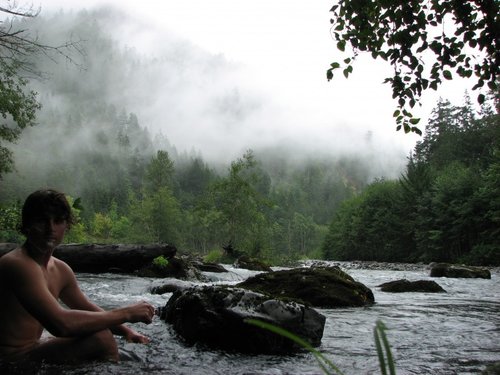 A quick douche after the race 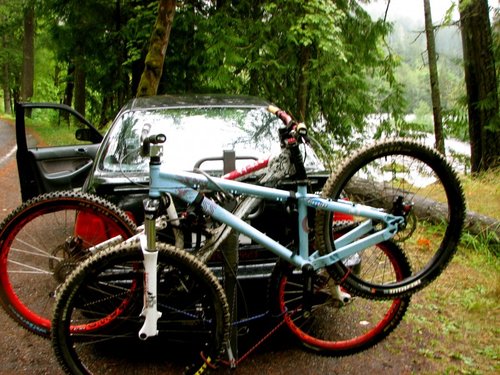 The old civic loaded to the tits

After the race I hit the river for a bath and a shave...and to do a little laundry. I hit the road shortly afterwards to start my epic drive to Colorado for the next Mountain state cup race at Sol Vista. The drive was ridiculous, I made it only 5 hours that night before I had to stop kidding myself and get some road side sleep. The next morning, me, myself and Irene hit the road for the 25 hours epic. The drive was sooo long and sooo wrong. I did this drive early in the summer and it hurt then and it hurt now.

I stumbled upon the most unique espresso stand I have ever seen, somewhere in Oregon. I saw a sign for an espresso bar for the next exit, so I cruised off the interstate to get a coffee. Well this stand was like none I have ever seen, it was called Java Jigglers. It was some beautiful early 20 year old girl in a bikini making coffee, it was rad! The coffee sucked, but she was really hot and super friendly. And I'd take a coffee from her any day over some toothless Tim Horton's coffee wench. Unfortunately I wasn't able to get a picture of this beauty, but I did get one of the espresso stand. If you see this stand, check it out! 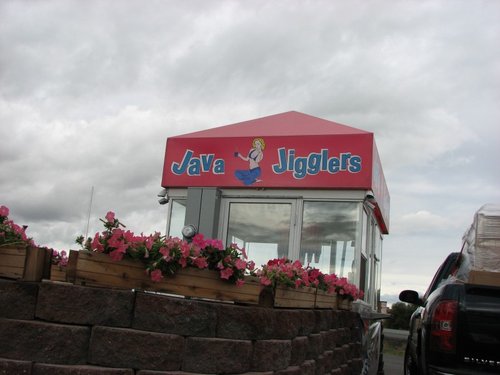 This chick was such a hottie

I powered through the drive so I could stop in to Crested Butte before the Sol Vista race. The sketchy drive is now over and I have made it to Crested Butte without any speeding tickets, just a few close calls driving way too long without sleep. 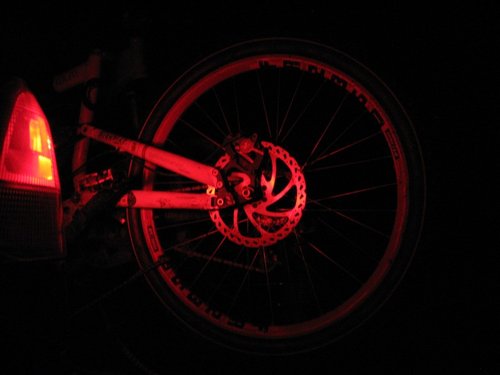 My view through the night

It's time to chill, have a slice or two at the secret stash, and pound a few brews with the CB monkeys. Stay tuned for my adventures this weekend at the Sol Vista mountain state cup. Keep it real...and go ride your bike! 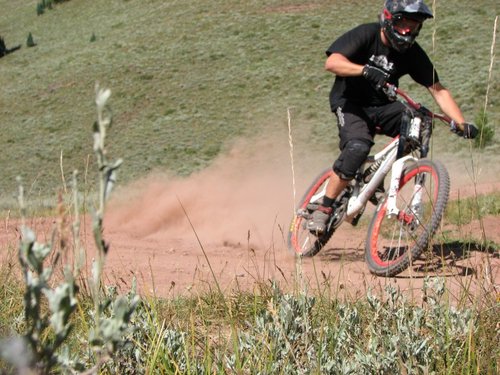 Finally I'm in Crested Butte and not in my car

Derek Chambers and the rest of the Pinkbike.com/Devinci DH team are proudly supported by:

dhrider123 (Aug 29, 2008 at 21:18)
if you look at the 14th picture down I'm the guy on the right who looks like he's running but i'm not by the way the corse was awsome I have never ridden anything like that pro corse before it was insane loved it

norcofreeridderr (Aug 29, 2008 at 9:17)
i was there and the guys next to us had like 5 v10s it was sick. a lot of giant team dhs too. anyways, i saw you in the spandex but unfortunatly i couldnt race because i broke my headset saturday night =[

cjf1972 (Aug 29, 2008 at 6:13)
Hell yeah... great concept in deed. There would be a fortune made w/ such a venture. Coffee could taste like piss and still make money. Who needs good coffee when you have boobies.

greenwarrior05 (Aug 30, 2008 at 21:01)
i love dry hill. i seperated my colar bone in practice so i didn't get to race but i've ridden those trails wet it's amazing. if you like java jigglers you should try Natte Late in bremerton next time your in western WA