Connor Fearon Not Attending World Champs Due to Concussion 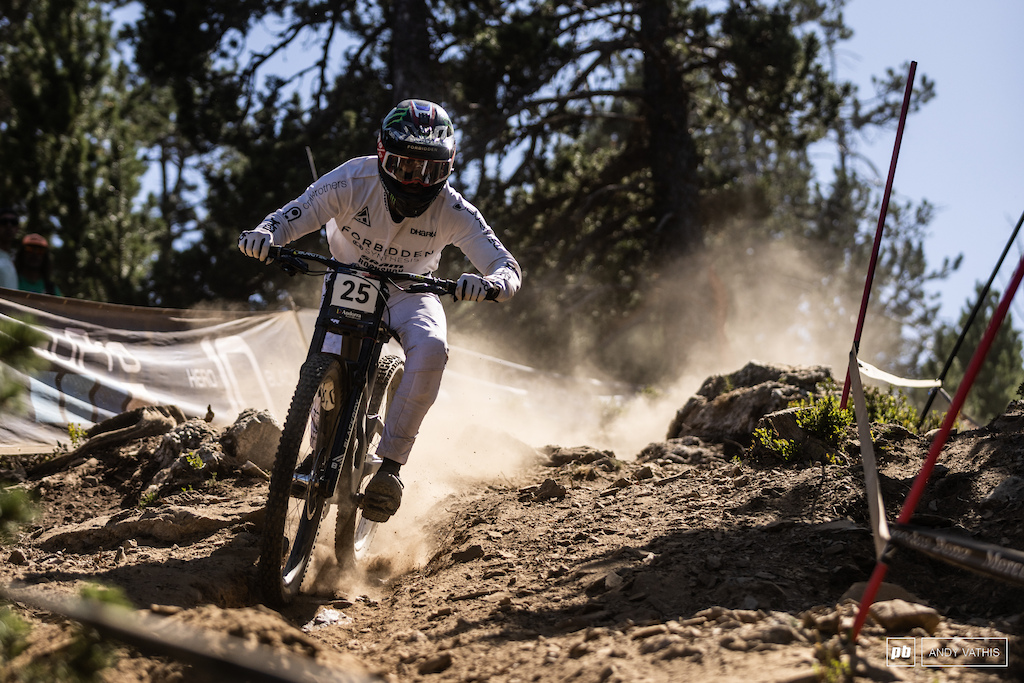 Connor Fearon will not be racing at World Champs or the final World Cup round after a concussion from practice at the Mont-Sainte-Anne World Cup.

After a few crashes during practice at the Mont-Sainte-Anne World Cup Connor found that one had some lasting effects. After not completing a full qualifying run Connor and the Forbidden team decided to skip the race and head over to Crankworx. During the trip to Whistler the team found that something was clearly wrong and after seeking a medical opinion in BC, Connor was found to have a concussion.

Connor has now flown home and will be focusing on his recovery and maybe attending the Crankworx stop in Cairns later this year.


We wish Connor all the best with his recovery and hope he is back riding at full speed soon.

Jake-Whitehouse (Aug 19, 2022 at 4:53)
The team manager shoehorning in the part about the DH bike being fast seems a bit off-key. It's a press release about a serious injury not a product launch.

mountainsofsussex (Aug 19, 2022 at 6:10)
In the end, marketing pays the athlete's bills, including the medical insurance... And I wouldn't be surprised if Connor did want the chance to shred on his new rig. I'd much rather they did it this way than tried to get him to ride the new bike instead, just to get the marketing exposure

Jake-Whitehouse (Aug 19, 2022 at 8:32)
@mountainsofsussex: Sure thing, way better than sending concussed riders down the hill Commencal-style. Just seemed a bit distasteful for them to plug the bike in an injury report

chmurka3rg (Aug 22, 2022 at 4:41)
@Jake-Whitehouse: "sending concussed riders down the hill Commencal-style" - good point! That was wery disappointing of Commencal.

slimboyjim (Aug 19, 2022 at 4:27)
Whilst this is crap news, it's good to see the effects of concussion being taken seriously. Good luck with the recovery...

ebrown123 (Aug 19, 2022 at 6:28)
It would be interesting for pinkbike to do an end of season injury compilation article summarizing all of the injuries they've reported on or know about by class (EWS, DH, XCO, etc.). Then maybe compare it to other pro sports like F1 or Superbike, MX or hockey and soccer. Then compare athlete compensation to injury totals and severity. It seems like the risks pro mountain bikers are taking for our entertainment are out of line with their compensation compared to other pro sports.

EarIysport (Aug 19, 2022 at 6:45)
No one gets paid danger money dude. Pay is commensurate with how much money the exposure brings to the sponsor. Larger industries and bigger audiences pay more. Simple math. We are in a very niche sport.

Someoldfart (Aug 19, 2022 at 9:06)
I assume that the pros have some sort of disability insurance? I know in alpine ski racing they do. I know a guy who was about to break out into World Cup ski racing but had an accident at a race and blew out both knees. End of career. His insurer paid out about $800,000 from what I was told.

ebrown123 (Aug 19, 2022 at 9:33)
@EarIysport: I completely agree that is the way it works. The question is, "is there a way to increase the audience without necessarily increasing the body count?" I can't think of any other sport that is intentionally being made more and more dangerous to increase viewership.

ohjohnob (Aug 19, 2022 at 16:51)
@Someoldfart: every race event in Australia is covered under insurance, and although its tough to get, it should provide cover in cases of severe injury.

I'm not sure how that transfers under uci races though.

sino428 (Aug 19, 2022 at 8:18)
With concussions being taken much more seriously now we are going to see alot more riders missing races. The truth is almost any decent crash in a WC DH race has a good chance of resulting in at least a minor concussion. With that said, with regards to the overall, should the UCI consider a modification to the points system that allows the riders to drop their worst result? As it is now missing one race can ruin a riders chances at the overall. This would remove some of the incentive to push through even a minor concussion.

kcy4130 (Aug 19, 2022 at 8:44)
If they dropped their worst result, their points in the overall would only be lower. Tehe, sorry couldn't help myself, I know what you meant. But seriously that's an interesting idea.

bryanmccrary1 (Aug 19, 2022 at 13:08)
@kcy4130: when I raced motos back in the day, you were allowed 2 drops. We had 16 races though. DQ's were not allowed to be dropped. It kept things very tight. It was also amateur racing. So it gave people the ability to miss races due to prior life commitments and still be engaged in the points chase.

Personally I think it would be cool to see UCI do something like this.

ROOTminus1 (Aug 20, 2022 at 3:23)
I think an option would be to have more races in a season than one person can be competitive across, then only count the results of 75% of them, forcing teams and riders to pick and choose which to focus their efforts on. It would add an element of strategy to tailoring which tracks in the program suit riders but also force/allow downtime for injury and recovery.
If the UCI dropped the shady requirements and simplified the bidding process then the circus can come to more towns and raise the profile of the sport in more countries.

Enduro and Downhill making the right choices when it comes to safety of the riders. I'm really glad that athletes are not being pushed to do things they don't want with their bodies.

brit-100 (Aug 19, 2022 at 5:46)
Such a shame this has happened to Connor. But hopefully taking these sensible measures means we'll get to see him at his best next season!

spokeapparel (Aug 19, 2022 at 15:25)
Good call Connor. Heal up. Media training is a real thing and knowing what to say to the press, when and how, is often an art form many learn through trial and error.

singletrackjamaica (Aug 19, 2022 at 8:37)
I wonder if he's going to give Matt Walker some competition in Miss World Champs
Below threshold threads are hidden

theflatlanders (Aug 19, 2022 at 6:49)
Two observations 1. Awesome that concussions are taken seriously and I hope Connor heals quickly. 2. As a communications director, I'm pretty impressed that he was able to fit two main talking points about the bike for the marketing department in while addressing Connor's health. Well done, good sir, well done.