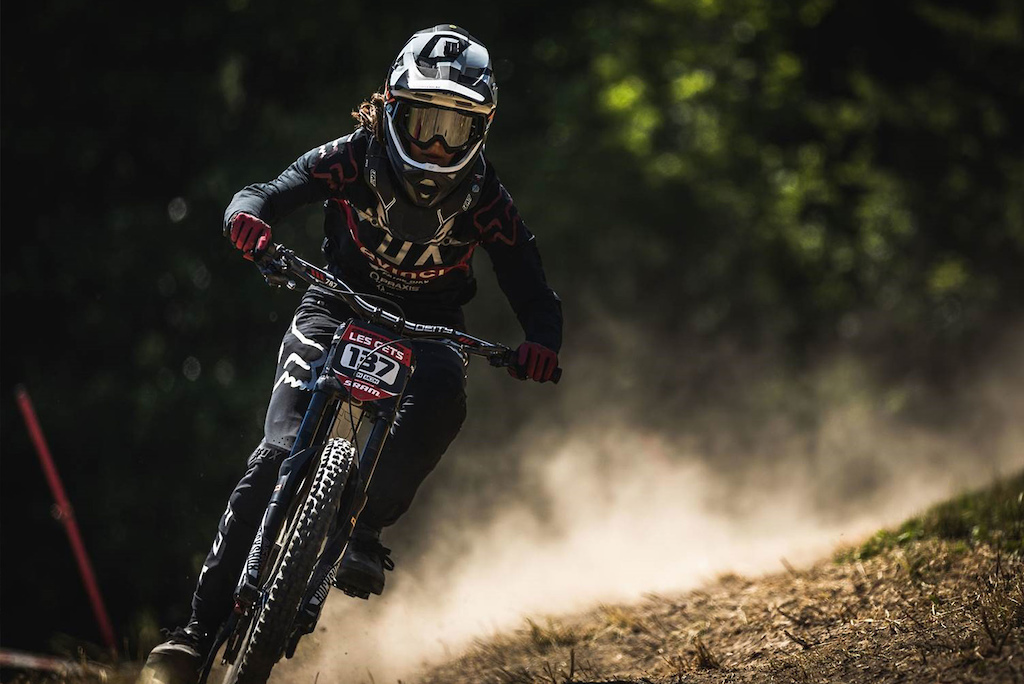 After the excitement of last weekends first round of the 2019 World Cup, some of Europe's top downhillers headed straight to Pampilhosa da Serra, Portugal for the European Championships. The winner gets to walk away with the coveted European Champions jersey to wear for the next 12 months. In the Elite Men's race, it would be Baptiste Pierron who would take the win by 0.812. Just behind Benoit Coulanges in second place is David Trummer who was 0.013 behind Coulanges. Adam Rojcek would fall a further second behind and then Dylan Levesque would complete the podium in fifth.

The Elite Women would have another weekend of close racing as the top four riders were separated by 0.604. It would be Camille Balanche that would just beat Monika Hrastnik to the top spot by 0.063. Veronika Widmann would be just under two-hundredths of a second back and then Alia Marcellini would cross the line in fourth. Fifth place rider Viktoria Gimenez would fall further behind being over five seconds off the pace.

luisgerstner (May 5, 2019 at 13:30)
why are so many big names not interested in becoming European DH Champion? Why is this race quite unknown and underrated?

mrmizzle5 (May 5, 2019 at 14:26)
Call it idealistic thinking but perhaps to give lesser names the opportunity to win coveted UCI points and take a crack at advancing to world cups

*Usually with information from an anonymous source

krisrayner (May 5, 2019 at 22:15)
Risk vs reward perhaps? More races = more injury risk. If your really focused on WC races, that could factor into it. At least that’s the reason I come with for Gwin not running more American DH races.

jaame (May 5, 2019 at 22:32)
@krisrayner: It's interesting because back in the early 90s, the European DH championships was contested by all the top dogs and it was a coveted title. All it takes is for a few to show up and legitimise it...

vinay (May 5, 2019 at 23:42)
@mrmizzle5: Would Kaos Seagrave have gathered enough UCI points now? Not saying he's one of the lesser names but he didn't have enough points to compete in Maribor. That said, I wonder what happened in his run because I would have expected him to have finished higher here as well.

The answer is sponsorship and broadcasting cost vs. potential revenue. No market basically.

luisgerstner (May 6, 2019 at 6:14)
i mean, everyone is hyped af about gettin national champion in their country, Bruni etc. Why is no one hyped about gettin european champ?

It's bigger than nationals and not as big as worlds.. but somehow no one cares.

jaame (May 6, 2019 at 16:07)
@lumpfboldbiker121: Maybe the sleeve? Imagine having the national champ flag on one arm, and the EU flag on the other arm. It would look ridiculous.

Clemounet (May 5, 2019 at 14:07)
European DH Cup and European DH Championships on the same weekend, in different places ? Who scheduled that ?

RUSTYBOI77 (May 6, 2019 at 5:49)
I think it’s because all us old boys also race I think if they split it like in world champs and masters world champs there would be more interest