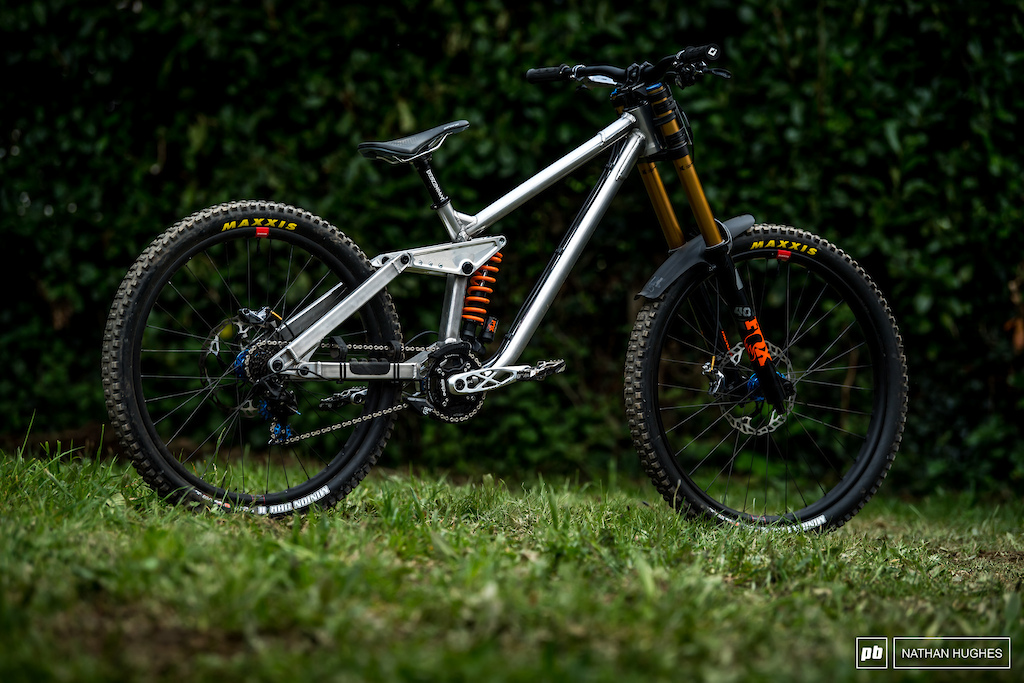 Neko showed up to Lourdes with the third version of his own downhill bike that abandoned the idler seen on previous frames. 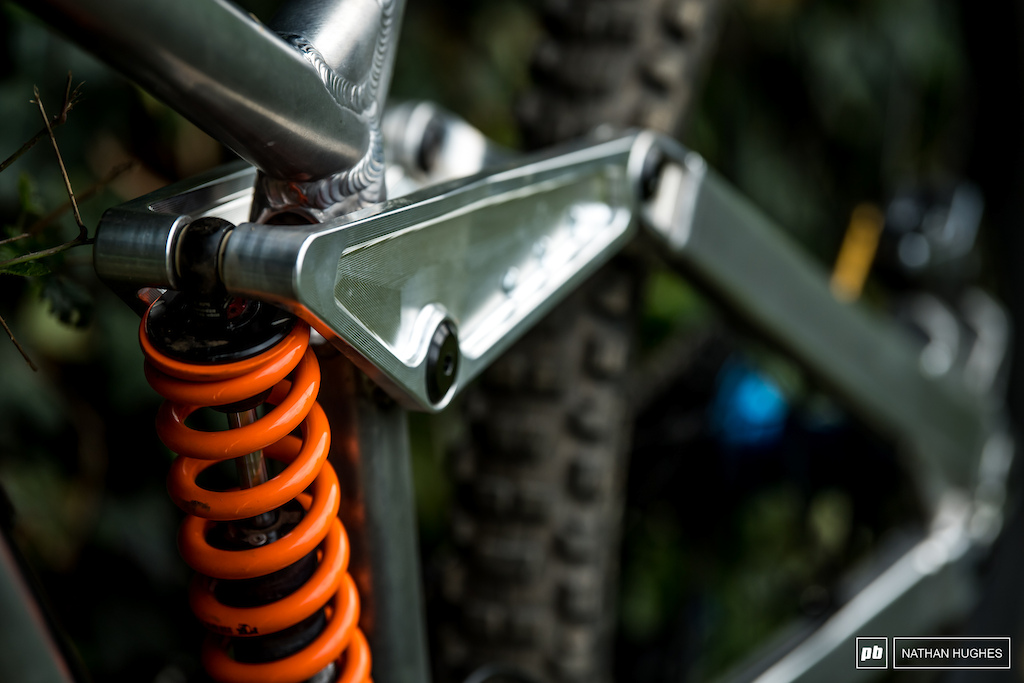 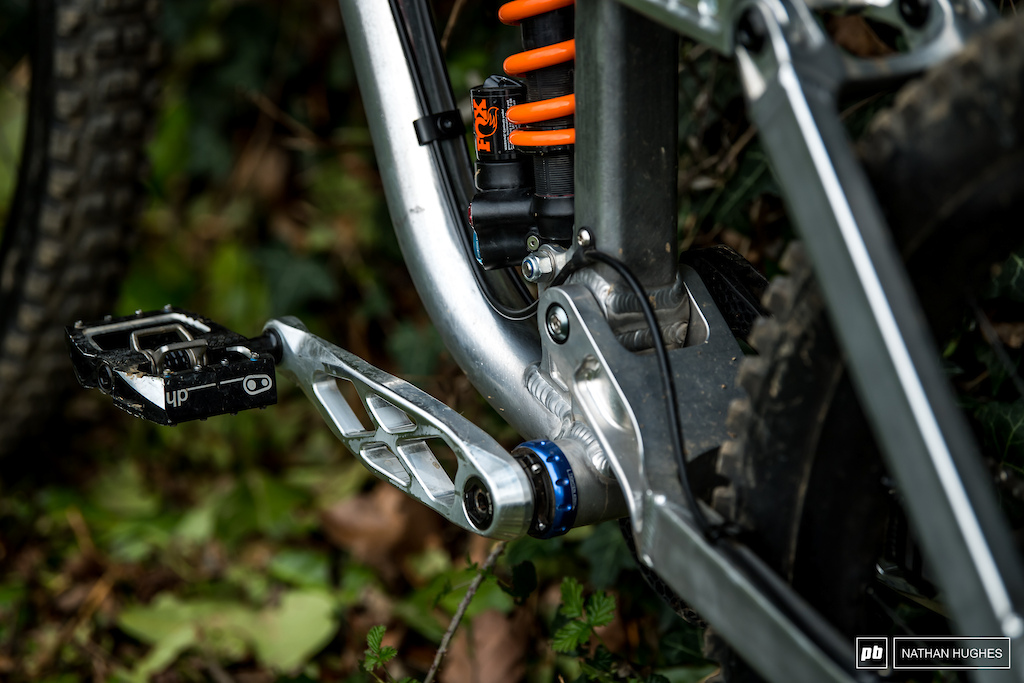 The bike was modeled by Ben Arnott and hand built by Frank the Welder in Vermont. 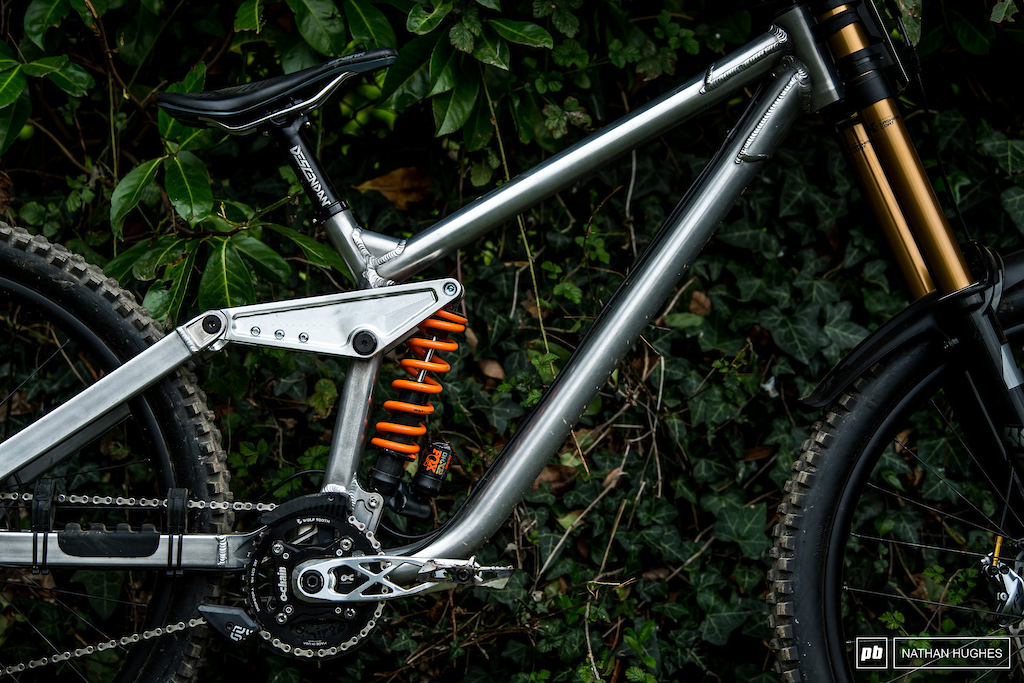 While the bike doesn't have an idler Neko still designed the bike with a higher pivot but it is intended to always use an O-Chain with a sizeable 38 tooth chainring. Neko says, "this allows me to have a more rearward axle path than any modern bike without an idler pulley, while maintaining the simplicity and efficiency of a low pivot design." 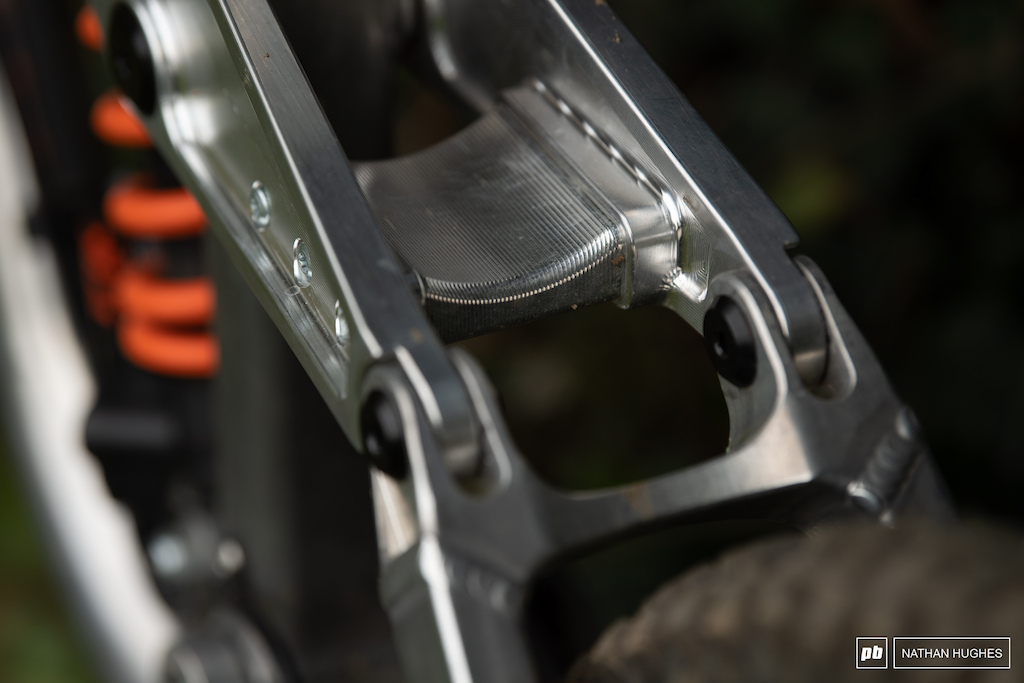 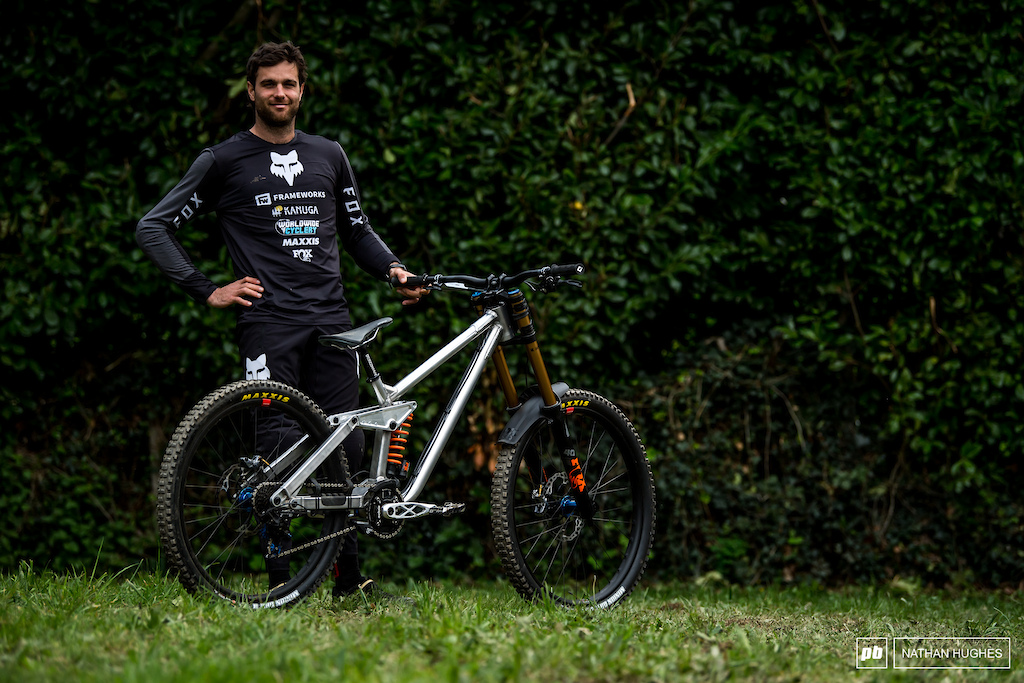 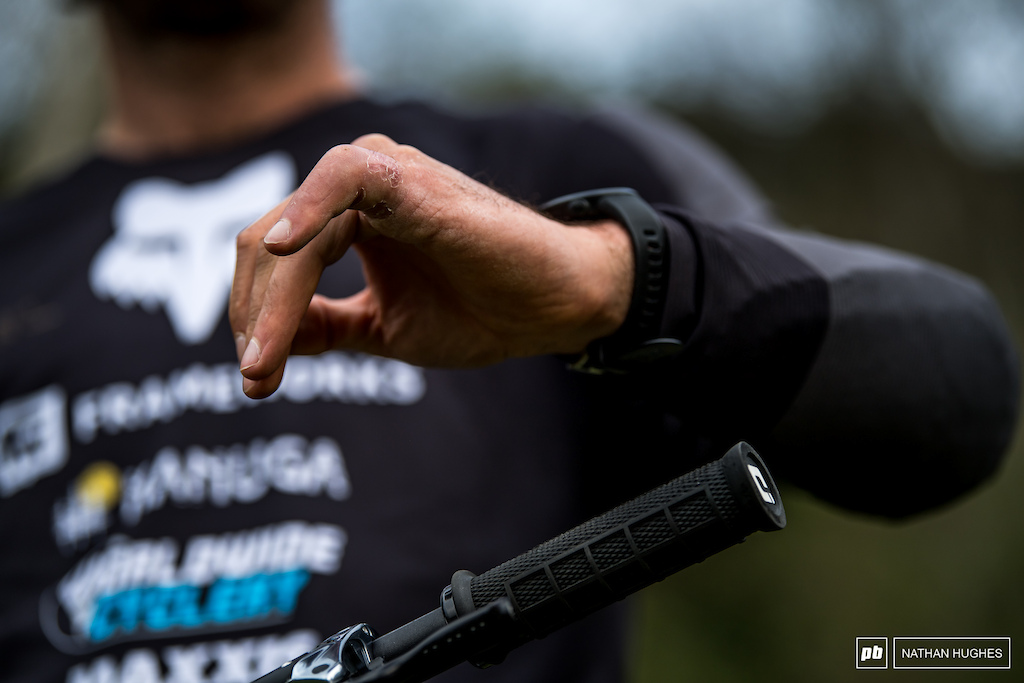 A broken finger kept Neko out of contention to qualify for finals. 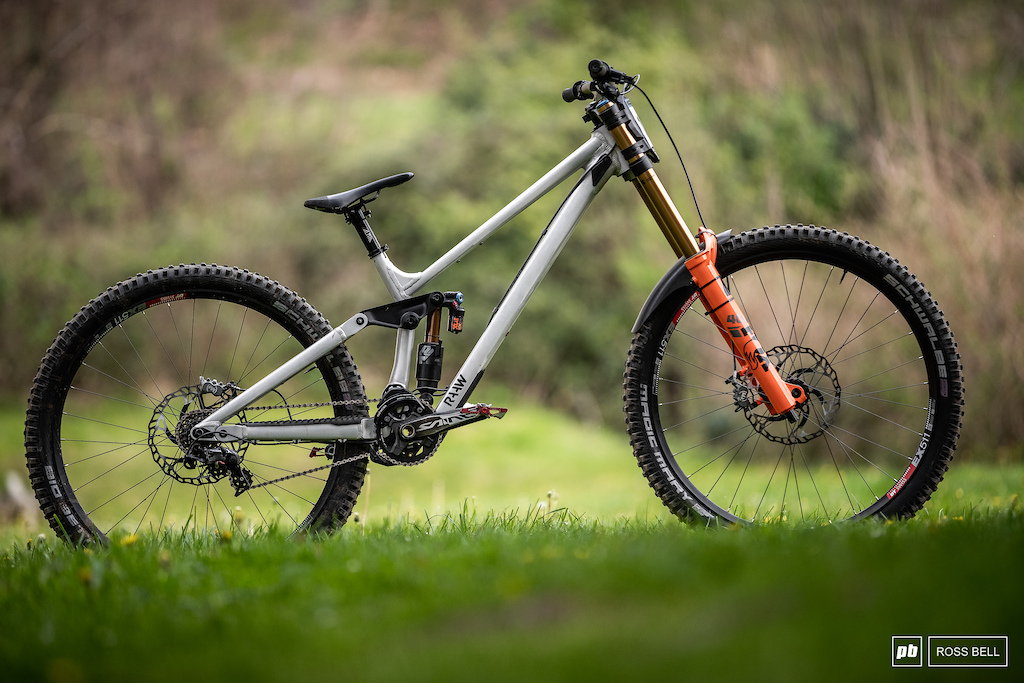 Next up is Raaw's new DH bike that is being raced by the 555 Raaw Gravity Racing Team. 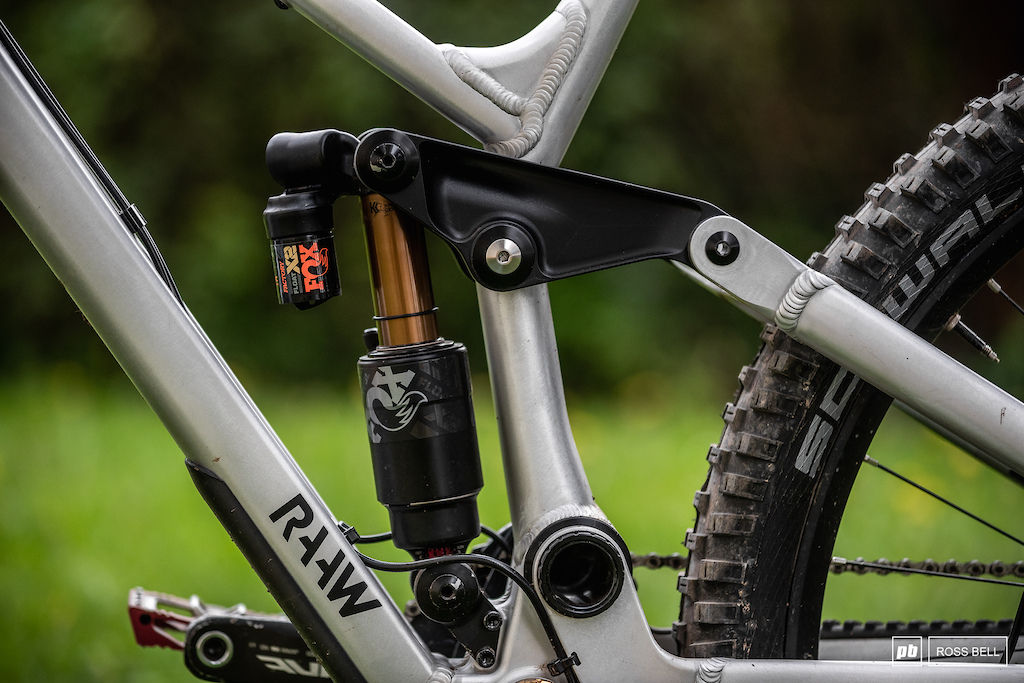 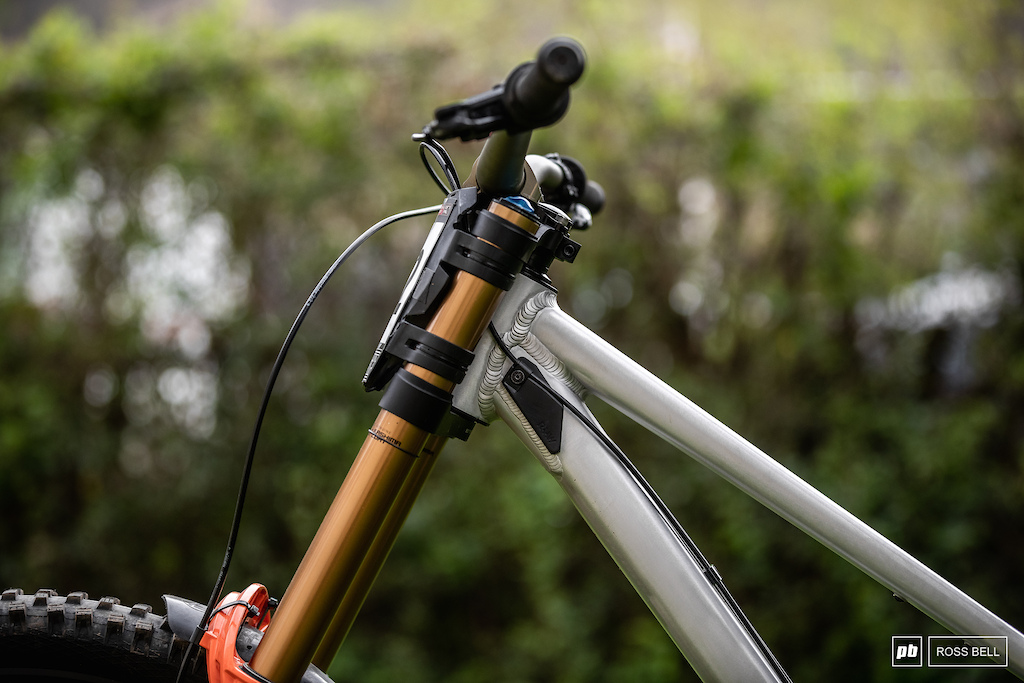 Raaw says the bike was designed to send it down the Champery World Cup track and "every decision in the bike followed that crystal clear idea and results in a bike fit for tackling one of the most demanding courses to be raced on, again and again." 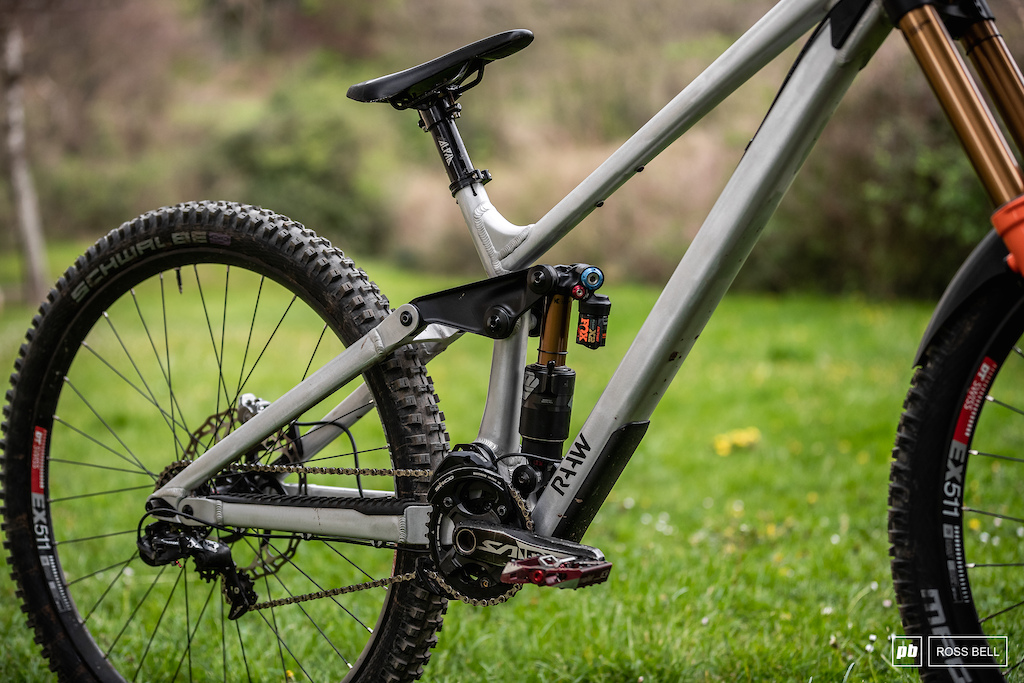 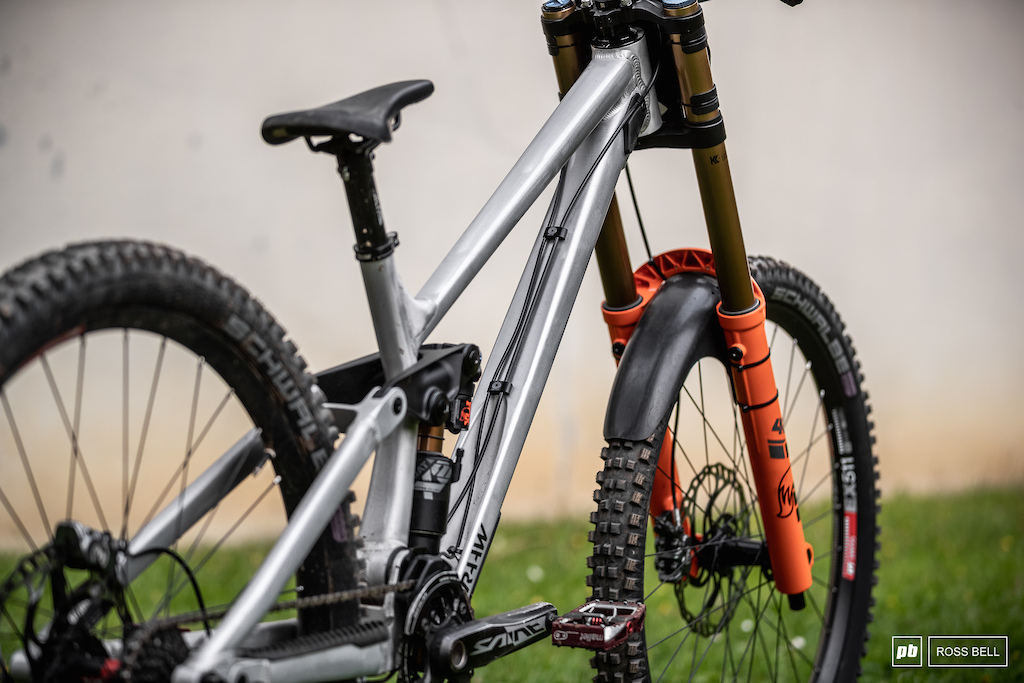 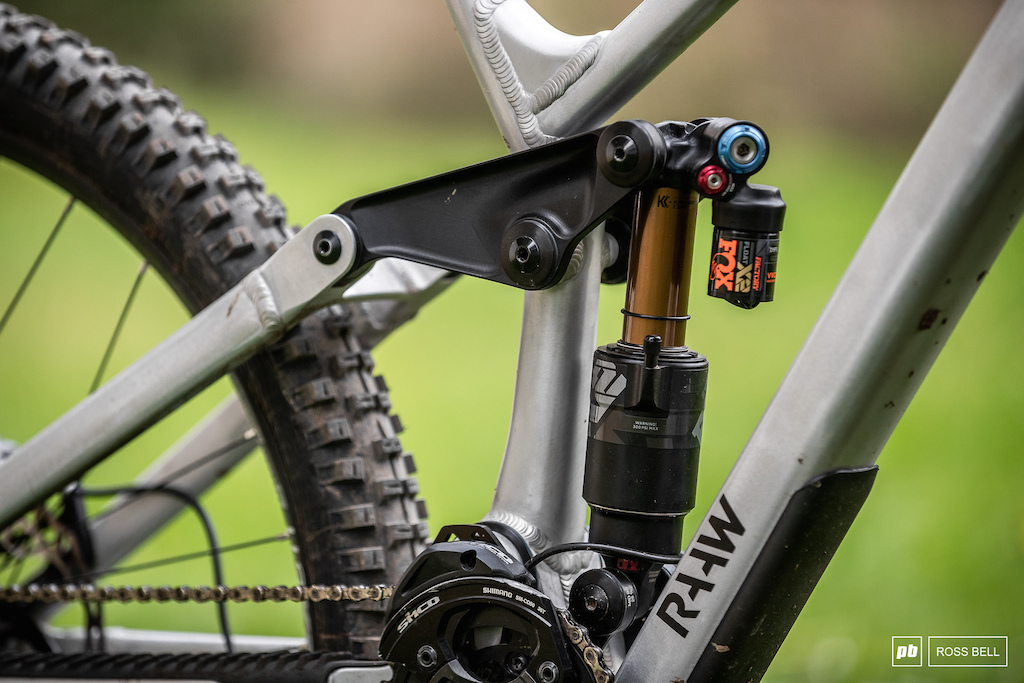 Currently the aim is to have the DH bike ready to launch by 2023. 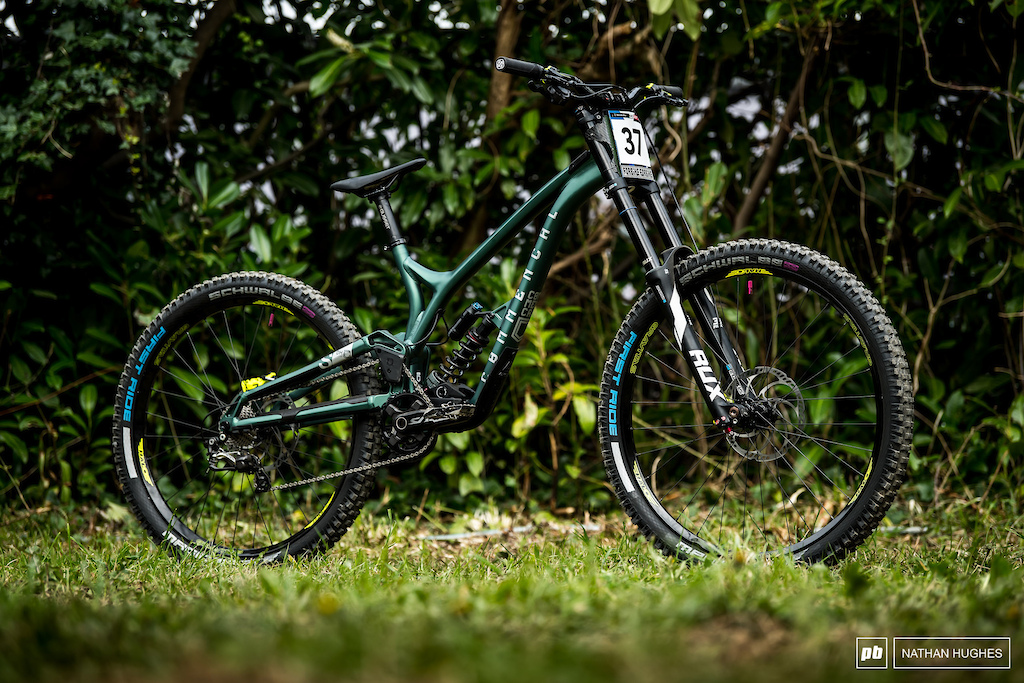 UK racer Dan Slack was still running the old Supreme but that wasn't slowing him down with a 20th place in qualifying and 44th in finals. 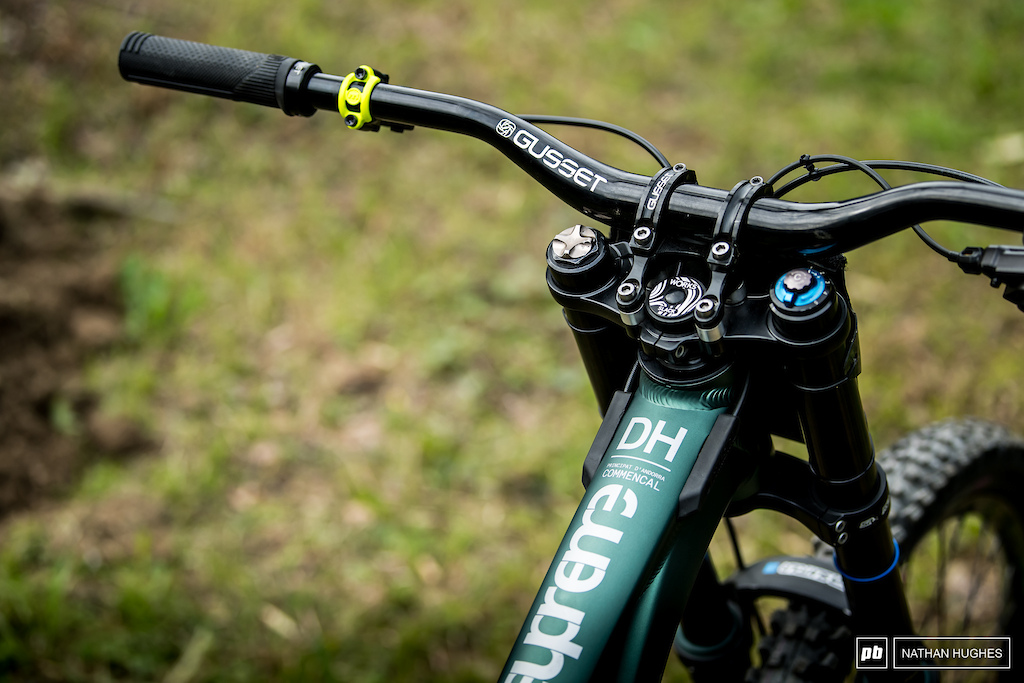 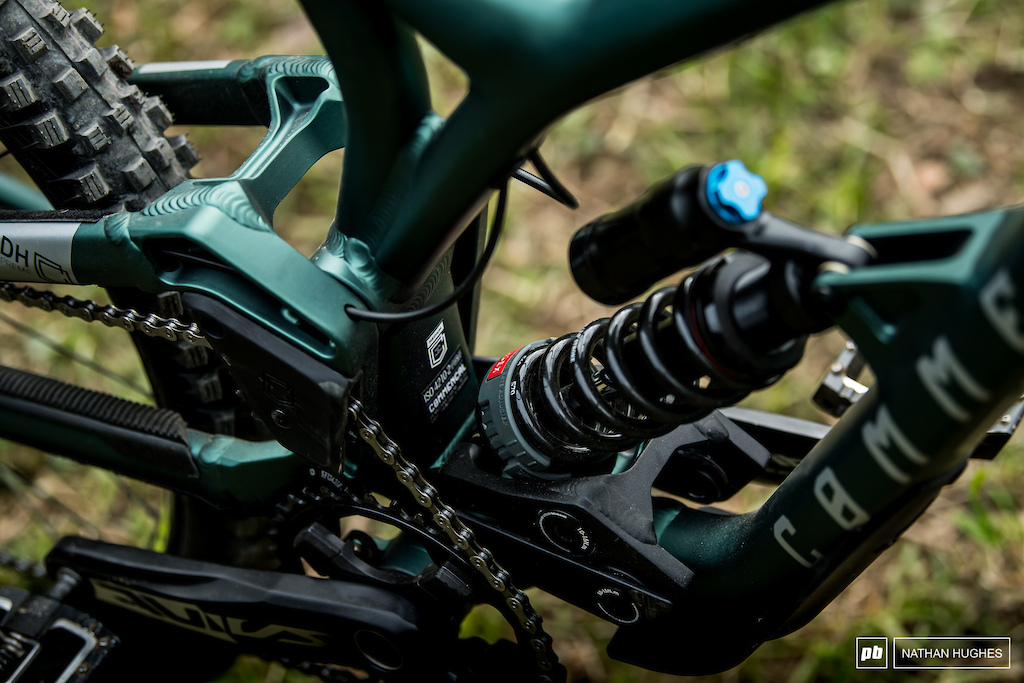 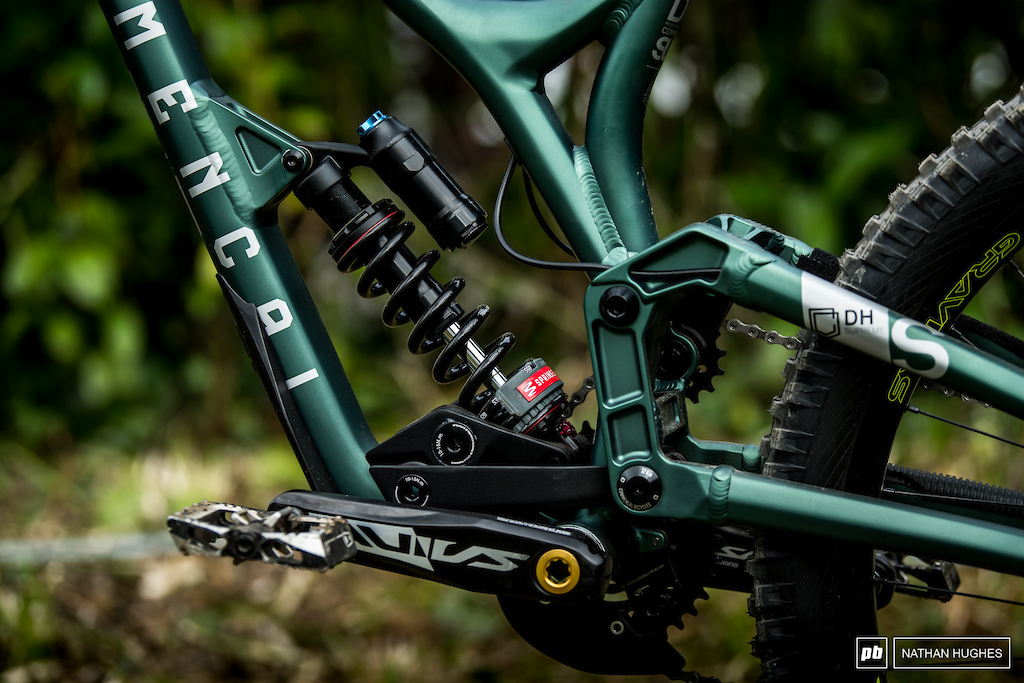 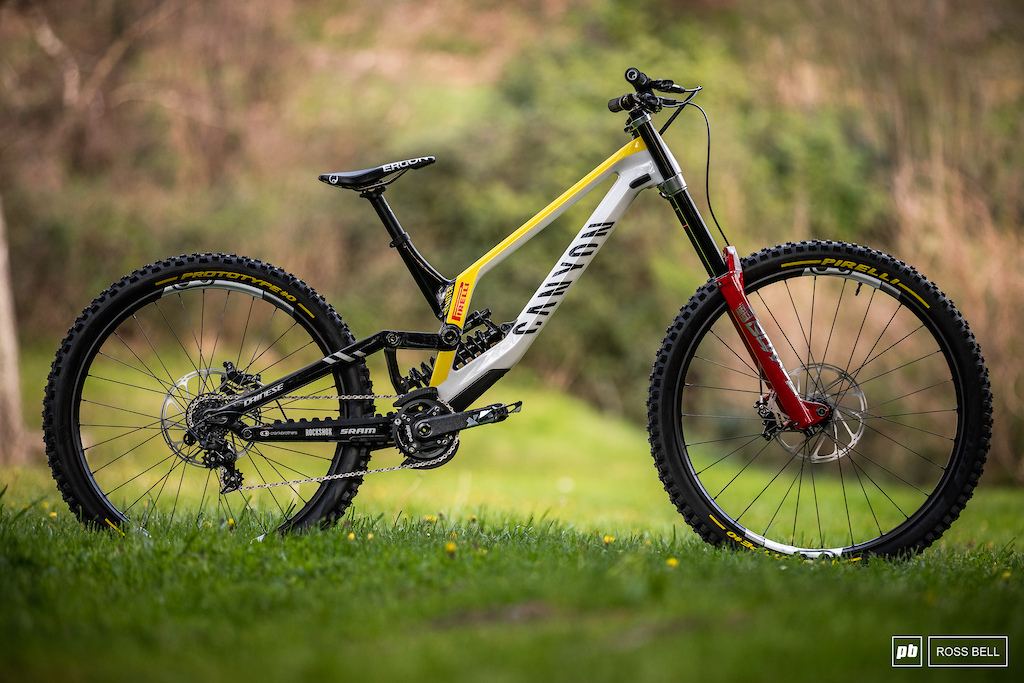 One of the many Canyon teams at Lourdes was the newly formed Canyon CLLCTV Pirelli with some very striking custom Senders. 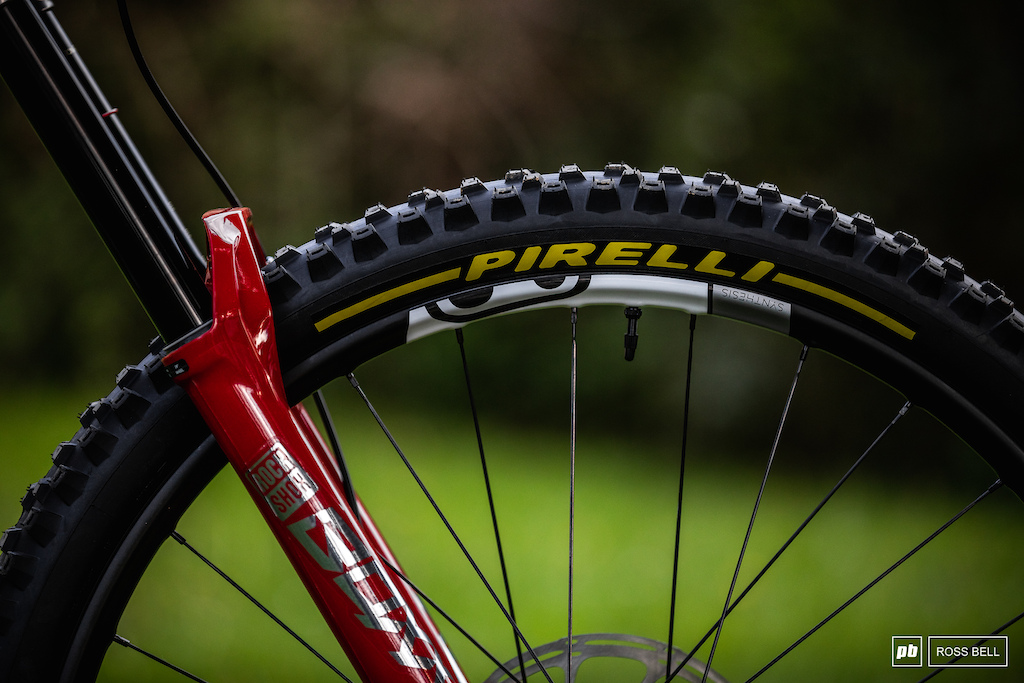 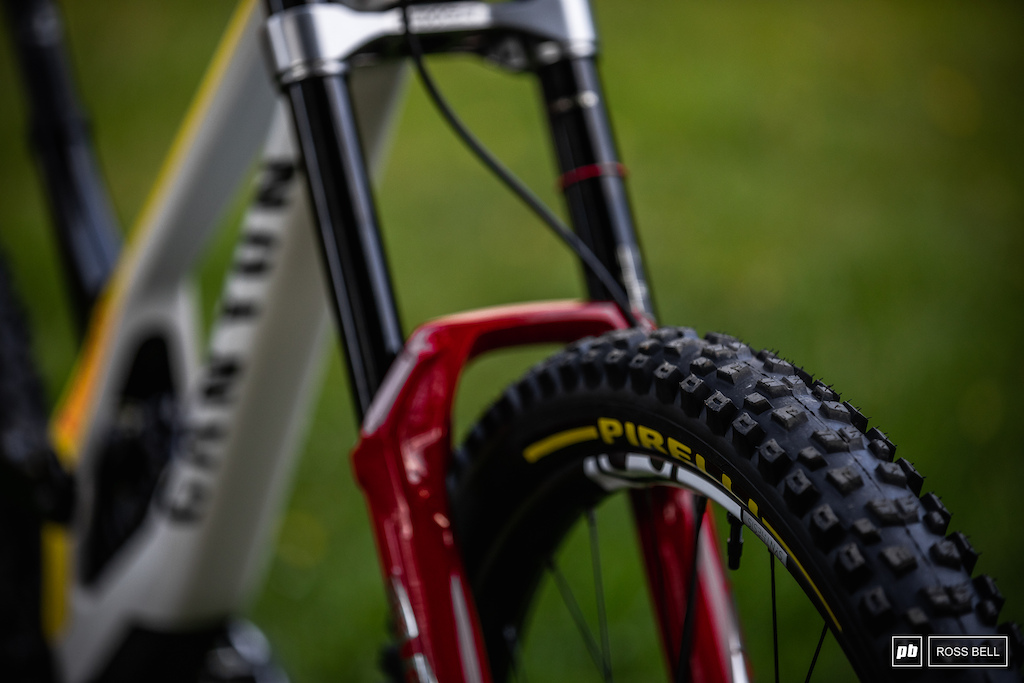 There are still not many details about the prototype Pirelli tires we've seen on the circuit over the last year or so. 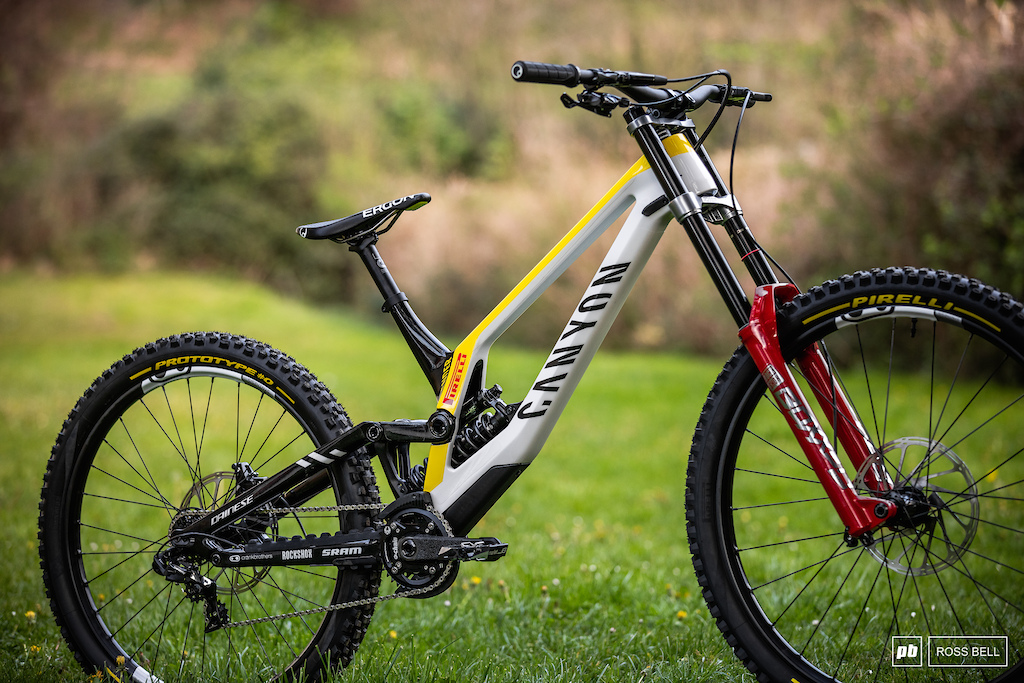 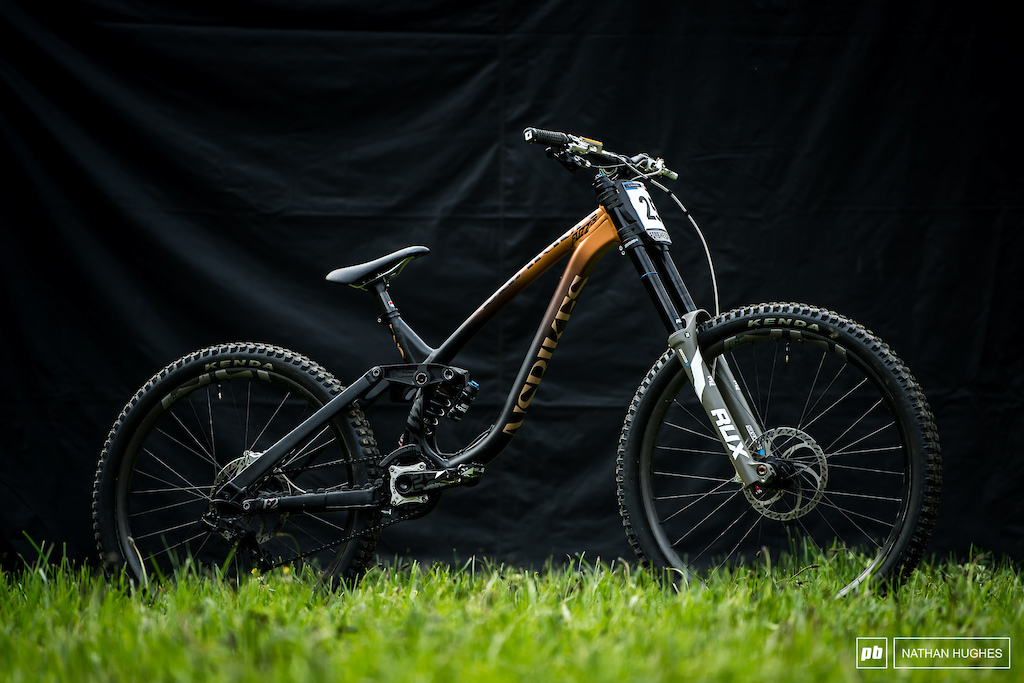 A new team and fresh bike for George Brannigan in 2022. This year sees the New Zealand rider shift to NS Bikes and he already has a national champ title on his sleeve. 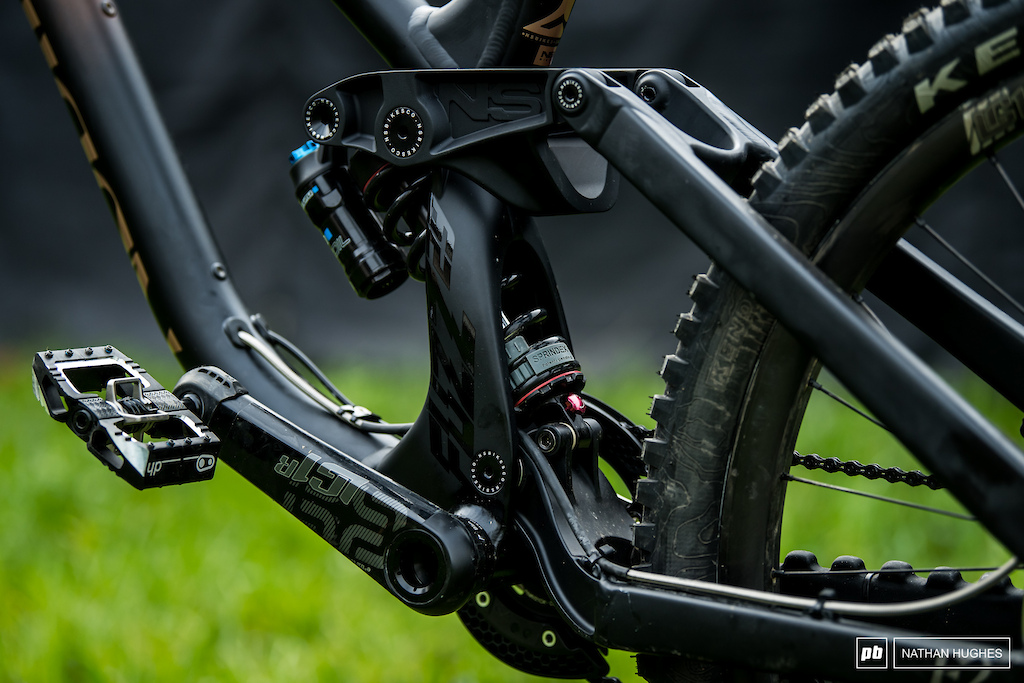 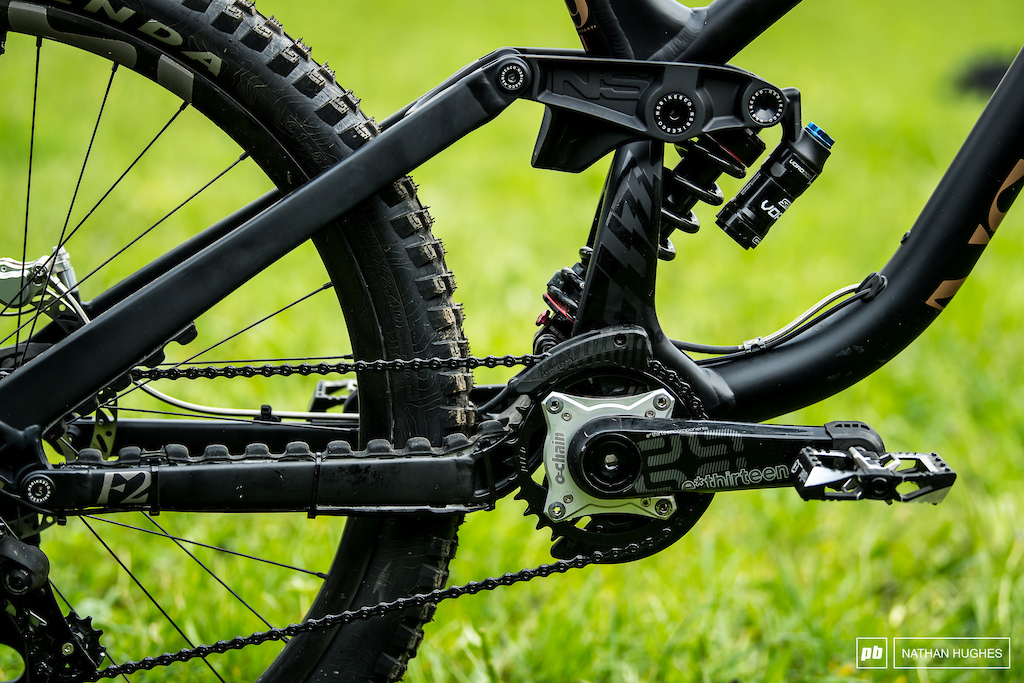 George is another rider choosing to run the O-Chain device. We are starting to see quite a lot of riders running this on their race bikes. 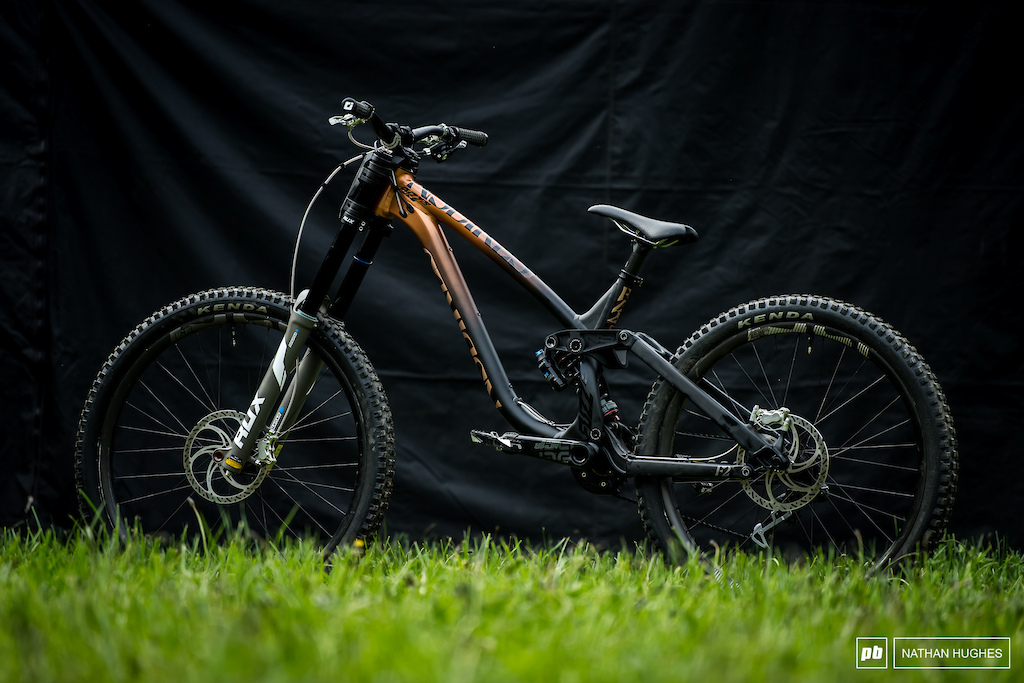 Lourdes didn't have the best of luck for George after a small crash in qualifying meant he didn't make it to finals. He will have to wait until Fort Wiliam in nearly two months for another shot.

Maxcommencemal (Mar 29, 2022 at 4:24)
We drove through many of these towns on the way to see my grandparents in Llanelli as a kid

thepwnstar39 (Mar 27, 2022 at 23:02)
A lot of new designs being put forward in the DH bike field, so I think it's just as a result of these bikes being prototypes or first run production bikes. But hey I'll take it, they look great!

kizzard-ling (Mar 28, 2022 at 13:12)
will we ever get a review on anything sr suntour? or we just gotta get used to seeing them on world cup bikes fighting against the top dogs?

That's how that saying goes right?

Muscovir (Mar 28, 2022 at 6:08)
Both look like a Scott Gambler. Which, for the RAAW, isn't too surprising considering a former Scott engineer was seemingly involved in the design.

Muscovir (Mar 28, 2022 at 6:05)
I'm not even saying this for the joke, but that new Raaw DH race bike looks exactly like my Scott Gambler Alloy. Like, seriously almost the same. Except for the slight curve in the top tube, the Raaw has an almost identical silhouette to a Scott Gambler.

So maybe Dan Roberts being involved wasn't a joke...?

DavidGuerra (Mar 28, 2022 at 1:21)
Bloody hell, Neko's idea is smart. And look at the logic: The faster you go (with the faster gears from the larger chainring) the more vertical axle path you get. And why stop at 38? Even a 44t can be run out pretty easily, and the extra weight from the larger bashguard that's necessary might be less than that of an idler.

I have read several articles that concluded pedal kickback is a myth in most cases, and that got me thinking when everyone is saying the suspension runs much smoother when going chainless.
Is it actually the chainslap you can feel trough the pedals, and not the "kick back"?
If so, then a O-chain makes completely sense, to isolate the chanslap, and make the bike feel smoother.

andraperrella27 (Mar 28, 2022 at 8:39)
a lot is definitely helping with feedback from chainslap for sure. Same as with using the STFU for the chain noise and slap. Together, the results are quite noticeable

DavidGuerra (Mar 28, 2022 at 1:30)
Anything above the chain line can be called high. But naturally, within the relativity that's inherent to those terms, it can also be called low or medium.

valrock (Mar 29, 2022 at 7:41)
it will really be unridable once it becomes unfixable, in a few years due to no way of getting replacement parts

So you are worrying too early.

ms-dos (Mar 27, 2022 at 22:18)
Looks like athletes have more choices than ever about what they want to ride - I could find only one shared component used across all five of these builds!

spudreau (Mar 28, 2022 at 6:31)
so treks dh product program legendary .. I mean come on, they got it right (forward thinking) in 2010 and continue to refine it and others (outside Commencal, specialized..few others ) pretty much go back to it as a base... and try to add from there .

You could put any rider on that bike and within 3 runs, there pretty much at speed with setup. Everything Neko is doing is getting closer and closer to the current iteration of that bike. Although Neko's looks a million for sure. Love the industrial design and analysis.

Interested to see the 5 bar next rev of intense proto. Ya kinda wish they would start closer to what has proved to be damn close to perfect, add proven tires for the racers during worldcups and iterate on data from there .... but very interesting.

Like in "Horst Leitner", the engineer who invented it.

delta5 (Mar 28, 2022 at 6:27)
@Muscovir: As opposed to the George Hurst, who made neato shifters, invented the Jaws of Life, and modified cars for the inventor of pantyhose.

Sscottt (Mar 28, 2022 at 7:27)
@delta5: modified cars for the inventory of pantyhose... words I never imagined would ever be combined together.

If anything we need more 12 year old shredders here and fewer dad bods screeching at each other over 0.2 degrees of HTA.

TacosMcGee (Mar 27, 2022 at 21:07)
Pirelli should name those tires the ButtDude.
Below threshold threads are hidden

tajtigabor (Mar 28, 2022 at 3:36)
So now, Cube, RAAW, Mullaly, NS, SCOTT, TREK, GT are pretty much "look like a session", and we have Commencal, Specialized (Canyon) and Santa Cruz as different looking bikes.

optimumnotmaximum (Mar 28, 2022 at 2:19)
He is still hurt and times are tight, lets wait at least for Fort Bill for such conclusions. His Quali splits actually suggest that he had problems holding on, the splits dropped from 36th to 69th to 106th ( with similar splits in between).

nimble9378 (Mar 28, 2022 at 5:50)
Broken finger dude...that's a lot of control and stability lost whilst recovering. Top athletes aren't superhuman as much as we think they are!