Oct 14, 2022 at 8:57
by Ed Spratt
Share
Tweet
64 Comments
We use Slack as our workplace communication tool at Pinkbike and we have a #randoms channel which we use to share an assortment of videos and stories from all corners of the cycling world and beyond... We thought a couple of the moments from the past week were too good not to share with a wider audience, so here are some of the highlights. 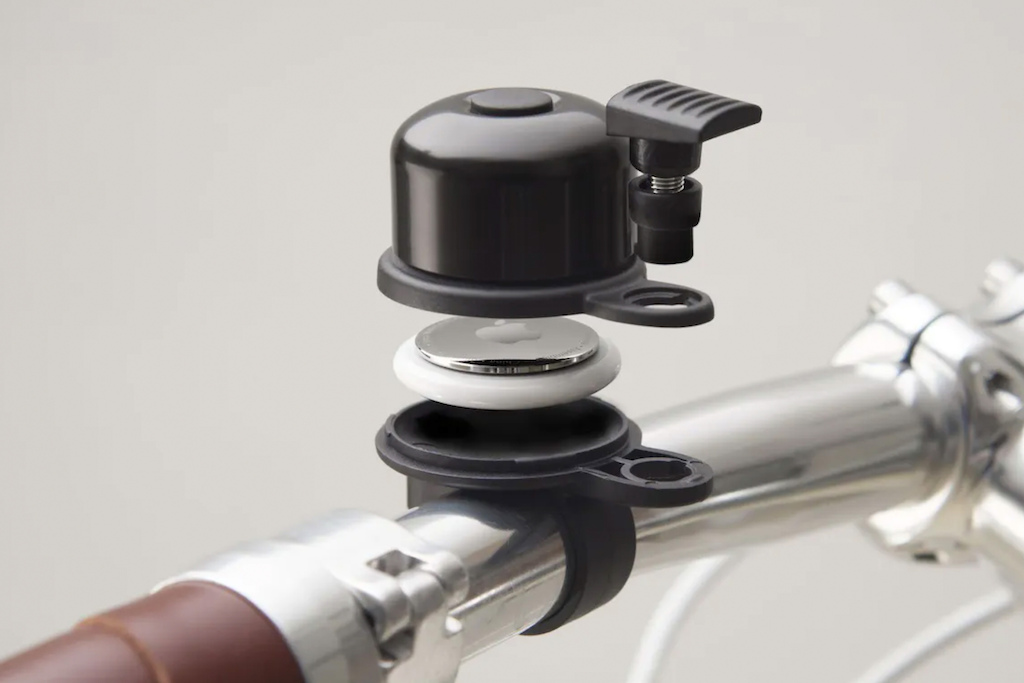 Since Apple launched the AirTag, we have seen no shortage of mounting solutions for bikes, but the Airbell offers a novel attempt to store the tracker.

Looking just like any cheap plastic bell, the Airbell doesn't make it obvious that it is hiding an AirTag inside. That should mean if your bike is stolen, it won't be removed before you can track it. The Airbell doesn't come with a huge price tag, costing $18.99 / €24.99. Although you will need to buy an AirTag separately for $29. It is definitely easier to fit to your bike than MucOff's solution of mounting an AirTag inside your tire. 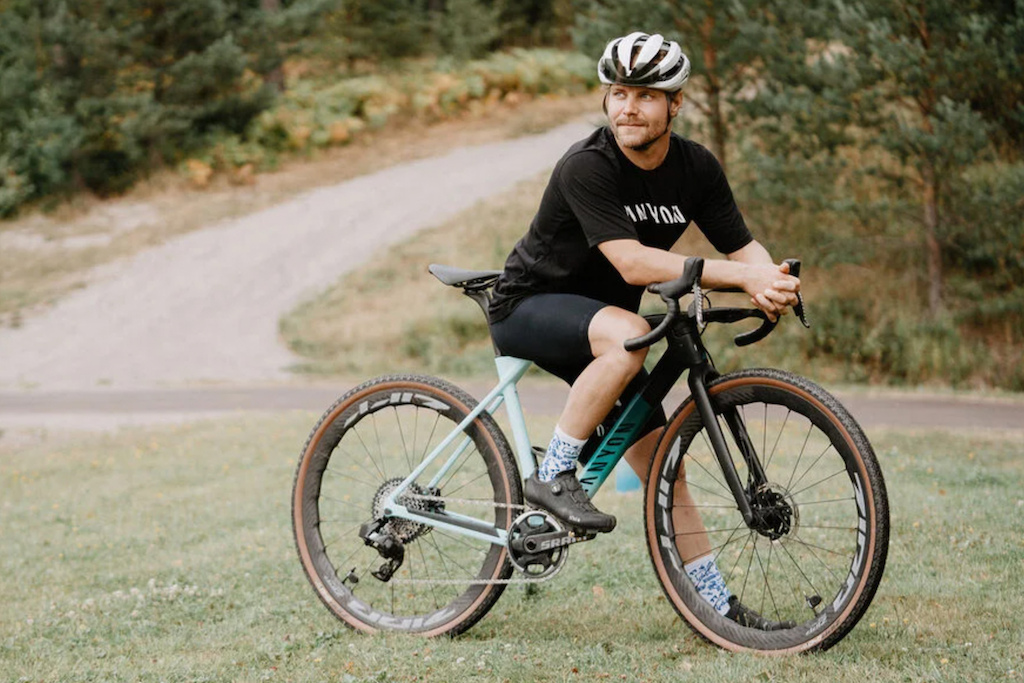 It's normally technology that we see being transferred over from F1 to cycling, but this week Canyon has announced that Valtteri Bottas is now officially part of the Canyon family. It sounds like Valtteri will be mainly working with Canyon to increase interest in gravel and road riding, but he may do a bit of mountain biking in the future.


How Do Laser Beams Engrave Things?

bigtim (Oct 15, 2022 at 3:05)
I avoid needing a tracker in my bike by having one that is 5 years old. Every thief knows its basically unridable with those geometry numbers.

valrock (Oct 17, 2022 at 13:12)
is this some poor peasant joke that me changing bike every season for a new one just won't understand?

Andykmn (Oct 15, 2022 at 12:12)
Valterri, we also would you like to sit on a bike with your former team's color scheme. That shouldn't bring back any memories, right?

Parkershark (Oct 15, 2022 at 6:37)
Ha! Such a shame. I came close to buying one of their bikes but I couldn’t do it because of the name. They honestly make incredible bikes but I can’t get over how silly the name is.

normalrat (Oct 15, 2022 at 8:20)
@Parkershark: For the value, my fez coulda been named 'the big shitter' and I still woulda bought it. Love this thing. Come to think of it, I probably would be more likely to buy a bike if it had "THE BIG SHITTER" in big text on the downtube

You sure? No self-respecting bike thief wants to be seen pedalling around with a bell like that

sspiff (Oct 15, 2022 at 10:20)
Don't use air trackers, so maybe I'm missing something, but is there a reason not to just use some black duct tape to attach under the saddle? Seems hidden, protected, accessible, etc.

ridesmoothbro (Oct 15, 2022 at 3:28)
And just like that, the secret hiding place of the trackable airtag was no longer that much of a secret.

nickfranko (Oct 15, 2022 at 6:48)
Something tells me that if bike thieves are on here, the number is insignificant and even fewer are over here reading all the articles.

saladdodger (Oct 17, 2022 at 2:02)
@spicysparkes: LOL came here to say that... every bell I ever put on my bars, ultimately was lost somewhere - or destroyed. I guess though, this one is meant for citibikes and the likes.. not that stuff we rip through the forests..

suspended-flesh (Oct 17, 2022 at 14:25)
Air tags are useless unless you crack them open and disable the speaker (for the anti-stalking.tracking alert every crook will get from their own air tag app and yes they all have them for this reason) Plenty of yt vids about it.

bmied31 (Oct 17, 2022 at 15:15)
@suspended-flesh: criminals are pretty dumb. Depending how good you hide it and how soon you realize it's gone you might get lucky. I have mine jammed up up my headtube. That alone mutes the noise pretty good with the fork cork plugging the bottom.

JosMaple (Oct 15, 2022 at 2:24)
The trackers can produce a solid signal from sockeye salmon. So some sockeye with an air tag in a saddle bag would likely work well.

Just kidding, I'm sick of seeing people bashing Rampage as a slopestyle course.
It is a little easier to go big on a moto than mtb, but I'm in awe of these guys ability to hit a huge lip at 50+ mph and fly that far.

rad-adam-enterprises (Oct 15, 2022 at 11:56)
Has anyone made a holder for an air tag... that actually sits in the valuable part of the bike I'd want to get back... like maybe the frame? I suppose stuffing some foam into the top tube (or anywhere that there isn't some daft cable routing) might work but then you can't charge any money for it

barp (Oct 15, 2022 at 18:08)
My understanding is that these tags don't work so great when placed inside a metal object, due to the physics of radio wave propagation. Maybe we can do carbon fiber frames though?

CustardCountry (Oct 15, 2022 at 10:55)
That Air Bell is probably the best one yet. No one notices those cheap bells and every other ‘hidden’ mount is really obvious.

Also in the UK pretty much every bike sold comes with one of those things.

arclarke (Oct 17, 2022 at 0:29)
Airbell isn't daft if like me you keep a cheapo bell on your bikes - really helps relations with walkers on shared paths. at least in UK. I've put an airtag inside my carbon frame but signal obviously poor as I keep getting messages I've left the bike behind, as I ride along on it.

dirtpedaler (Oct 15, 2022 at 12:36)
If you just watch every YouTube video of every Whistler trail you'll figure it out eventually. That's what I'm doing!

muddytreker (Oct 16, 2022 at 7:57)
Airtag bell, whats the first thing you remove of a bike aside from the wheel reflectors
and plastic spoke protector ?

baymoe (Oct 18, 2022 at 6:12)
Dont know the actual science behind it, but I read somewhere that the range is significantly reduced due to it being inside a metal tube.