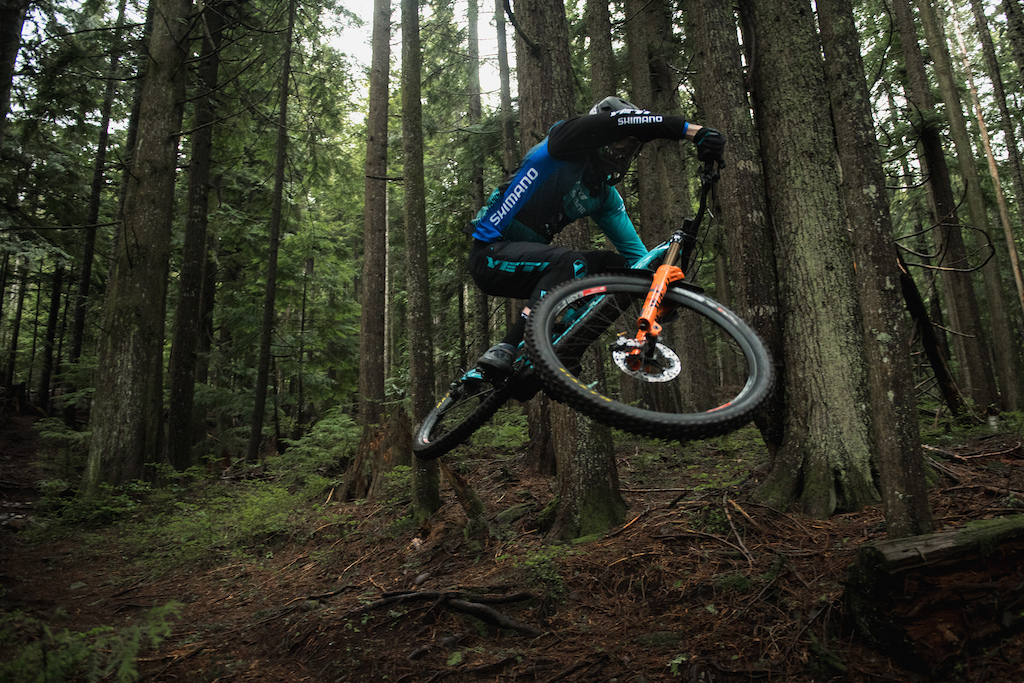 Yeti has announced the formation of its new Yeti Shimano EP Racing team to take part in the EWS-E Series.

The new team consists of Mick Hannah and Keegan Wright who had previously announced signing with Yeti but now it has been revealed that they will be racing the EWS-E stories in 2022. Last season Yeti fielded Jared Graves, Shawn Neer and Jubal Davis onboard the 160e at a few EWS-E event with this year seeing a full factory setup for the eMTB race season. 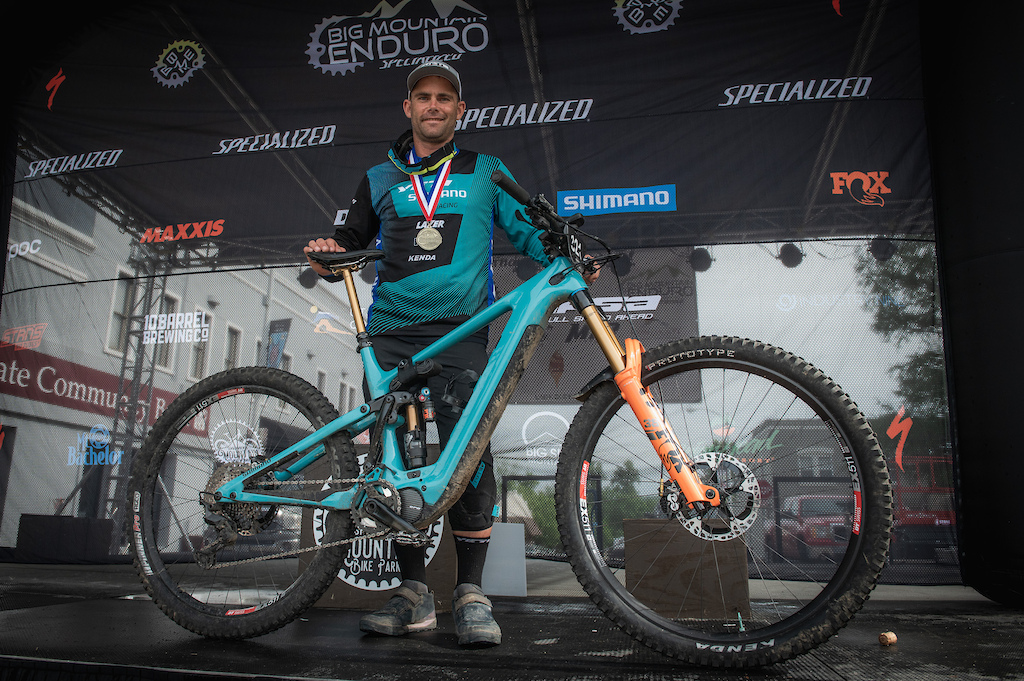 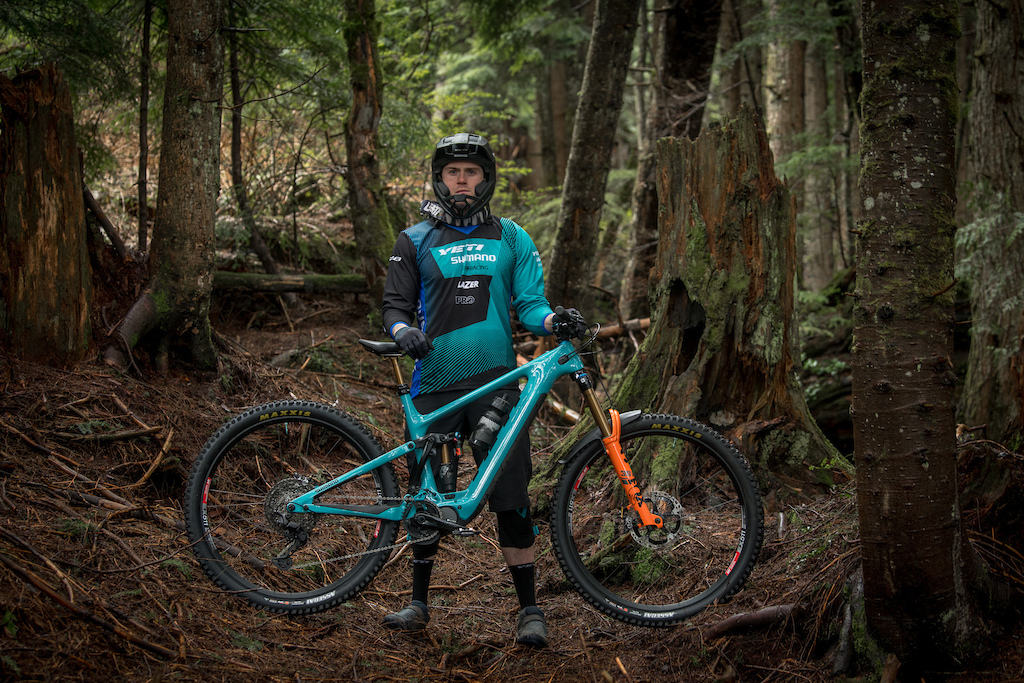 The team kicks off the season at the first round of the EWS-E next week in the Tweed Valley with longtime Yeti mechanic Mark Hild assisting the team alongside Shimano’s engineering team.

moonsaballoon (May 26, 2022 at 9:49)
Does anyone care about E-EWS ? This isn’t an anti e-bike thing but I just don’t see the appeal . I follow World Cup DH and EWS pretty closely and have even started watching the XC again but I just can’t see people being bothered by e bike racing

lowejw (May 26, 2022 at 10:38) (Below Threshold)
E bike racing really? A E bike I don't think is really a bike for one, ask Webster's or Brittanica what a bike is, it's states they are propelled by pedals and pedalling, pushing a button for some boost just isn't the same because at that point fitness doesn't matter.

Alternately, I'd be very interested in a moto "hard enduro" style race where athletes must do some navigation, ride mixed terrain, and breathe out their eyeballs for several hours to keep the bikes close to the 32 km/hr limit.

sylentk (May 26, 2022 at 10:57)
I actually kinda do. Given that this is a fringe sport of a fringe sport. Not many people care. As an ebike owner/rider and former mtb racer, I do find it interesting how they adopt to this new technology, especially from a racing perspective. The E-EWS is not easy, take a look at any of their race-day schedules. We're talking multiple battery changes. I could handle that, but I'd need a beer between battery changes!

Cuz that meant I was working my ass off!

PHX77 (May 26, 2022 at 11:00)
@lowejw: this is completely untrue. There’s no point in me telling you this though, get two or more people together, each of you on e bikes and see who gets to the top of the mountain the fastest. That is a race and it will feel like your heart is going to explode during the process. Race down afterwards and then tell me, but more importantly, tell yourself that No fitness was involved and that you weren’t racing.

PHX77 (May 26, 2022 at 11:06)
@lowejw: Sorry, I forgot to add that in addition To this being unequivocally a race and unequivocally involving fitness, you will also have a complete laugh riot! (Yes, I’m fully aware that in no way will you ever attempt what I’m saying.)

The-Foiling-Optimist (May 26, 2022 at 17:23)
E-bikes would seem to be at their best on climbs, but that's not really the part of EWS that we watch. We watch the decants. So it's hard to know how what would be distinctly interesting about E-EWS. This is not to say that E-bikes aren't a great thing, but so are chairlifts, and other than gondola shenanigans, we don't really watch that part of DH racing.

Johnmackie (May 26, 2022 at 9:01)
I'd like to give Shimano some low end rider feedback. Your e8000 motors have have a 100% failure rate amongst everyone I know that has bought an emtb with one fitted. Your welcome.

tcmtnbikr (May 26, 2022 at 10:22)
Sorry no. The 8000 motor was pretty damn bombproof. I had almost 6,000 miles on mine before selling it. The EP8, well my ears work and there's no way I wanted my bike to sound like a shopping cart. Have heard of many failures of those as well beyond audible.

I suppose like anything new to market there will be bugs to work out.

handynzl (May 26, 2022 at 12:23)
@Cerealmike: Hello, are you a cyborg? Did it hurt having the motor installed in your legs? Are you in fact, Steve Austin? Did you get a telephoto eyeball too?

AC-Fabz (May 26, 2022 at 12:40)
@cgreaseman: What is are you and your friends average riding conditions and trails, seems like there could be a link there.

Denyer (May 26, 2022 at 16:58)
@Johnmackie: My e8000 has been working since august 2019, covered over 5500 Miles of Andean enduro tracks in Santiago and has been completlely faultless, pretty much everything is f*cked up on my bike except the engine, wanted an ep8 but everything i've heard from it leads me to get something else.
Maybe is the Scottish muck that's destroying them over there, Cheers!!

Cerealmike (May 26, 2022 at 22:14)
@handynzl: Nope just a vegan, so I though I would tell you I’m a vegan because I’m worried you could tell through the internet. When you become vegan you become better than others so basically your description of me is pretty accurate. Less cyborg more vegan………...vegan

Johnmackie (May 27, 2022 at 1:55)
@cgreaseman: and your non Ebike are cheap then? Only ridden by non capitalists.? don’t think so. Just more anti Ebike piss

Johnmackie (May 27, 2022 at 3:32)
@tcmtnbikr: Not in my experience. I wish I had your good fortune and dryer climate. We suspect its mainly a water ingress issue from riding in west off Scotland every week regardless of weather. Out of 5 mates and myself we have all without exception had E8000 motors fail with the same error codes presented - E010 /W013. In some cases we have had the replacement motor fail also. All motors have failed between 1500-2000miles use. I cant vouch for EP8 as I have no experience of it.

Hogfly (May 26, 2022 at 9:02)
E-bikes were just ahead of Juniors at the BME in Ironton. Since I was there watching my kid, I got to see a lot of the E-bikes. Unbelievable how fast Sick Mick was in comparison to everyone else in that class. It kind of sucked not getting to see the rest of the pros but was crazy seeing how fast Mick ripped.

Howieday91 (May 26, 2022 at 11:31)
I met Mick at a race a few weeks ago! By far the nicest and coolest "pro" I've ever met. Super down to earth and has an actual conversation with you. Most professional athletes have this vibe of "are you done asking me questions yet" and rarely ask you questions back. Granted I've only met a few and I'm sure there are many like him out there. I'll know follow the e-ews cause of him and can't wait to watch those big-ass calves drag that shitty Shimano around. Good luck Mick and team, you'll need it on the climbs when competing with that bosch!

endurendo (May 26, 2022 at 11:28)
Sick Mick makes anything better. Class act and a beast on the bike. I suddenly care about e-bike racing (even though I still have no interest in an e-bike - not anti but not interested). Suicide no-hander FTW!

njparider (May 27, 2022 at 3:26)
The last episode of the EWS podcast explains the ebike races well. Sick Mick racing the bikes definitely adds credibility. Hopefully, Discovery will show the full races.

styriabeef (May 28, 2022 at 14:47)
Exactly. What's the point? Nothing against Mick, he is a great athlete and deserves his place in the industry, but give the ebike-money to kids racing bikes without motors.

Costigan76 (May 26, 2022 at 20:14)
Moped races! Christ Almighty this is some dumb shit. I don't care if in 15 years Amaury picks up the bastardization. It's not going to make it anything other than a moped race being run by a once great DH beast. Mick should have just rolled off into the sunset.

krazyjey (May 27, 2022 at 7:54)
Pretty cool to so Mick in a sick combination of e-bike , racing and Yeti. The future is here and what a great time to see E-volution

dude-brah (May 26, 2022 at 9:09)
Yeti have failed to grasp the concept here. Hiring two bigger/heavier riders is not the way to go. You need a 160lbs rider if you want to win an E-EWS.
Also, no one is going to win anything on a Shimano motor.

Obeh (May 26, 2022 at 9:31)
Mick won TDS overall on the E bike which was mainly gravity fed and anything worth pedaling was past the point of the motor capabilities. If anything the motor is holding them back. I believe he would of placed 2nd or 3rd in Ironton as well. They are not doing E bike races, they are staged downhill runs with some pedaling involved basically

tcmtnbikr (May 26, 2022 at 10:24)
@Obeh: You're missing the power stage of EWS-E. Climbing is always power to weight ratio, even more so when motor output is fixed.

bok-CZ (May 26, 2022 at 13:25)
Dude, do you know how is it here with commenting rider's weight? Haven't you seen the carnage at XC short cup?
Who cares it could be important, just don't crush the snowflakes

godroxs (May 26, 2022 at 19:36)
Totally agree there. The ep8 is……weak in comparison to other power units currently out. Nearly every single review out there says it just dosent provide the punch of the Bosch. Just take a look at what bikes/motors are winning the EWS-E races…..Bosch by a considerable margin. I don’t care so much that the ep8 rattles like a tin can with a rock in it when coasting…..but as a racer….I want power. I think the e160 is a super cool bike (should be for the price) but I ain’t buyin an Ebike that has a shimano motor. Only my 2cents