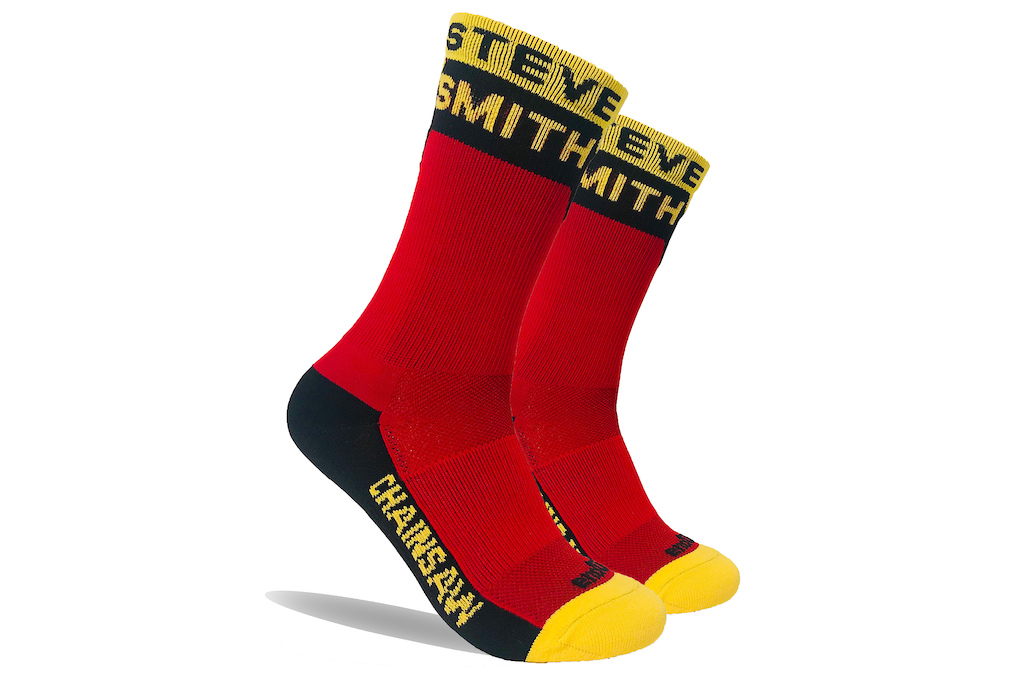 Over the past year, we have designed and sold 4 different Steve Smith Memorial socks. Steve was a friend of ours, and an even bigger inspiration - so developing these socks, and donating the proceeds to his foundation was a no brainer. We have been amazed with the support from around the world, and in all honesty, planned on our last sock design being the final version.

Since selling out a month ago, we have received consistent demand for more inventory, and a new design. Two weeks ago, we received a request from one of Steve's long-time friends which solidified the idea that we release a 5th, and final design. He emailed us a photo of a Steve's framed race jersey, which inspired us to design a sock that matched his final race kit. The final sock was designed with blessings from Steve's mom and the foundation.

The 'Steve Smith Kit' sock is available for pre-order until December 31, with delivery in January 2018. Having surpassed over 85% of our total goal of donation goal, this 5th and final sock design has been released to reach our $20,000 goal. As always, the proceeds of each sale benefit the Steve Smith Legacy Foundation. This will be our last time selling socks to donate to the foundation.

In addition, for every product sold on our website this December (including the Steve Smith Socks), we will be donating a pair of socks to someone in need this holiday season.

Thank you to everyone who has, and plans to support our initiative - we greatly appreciate it. 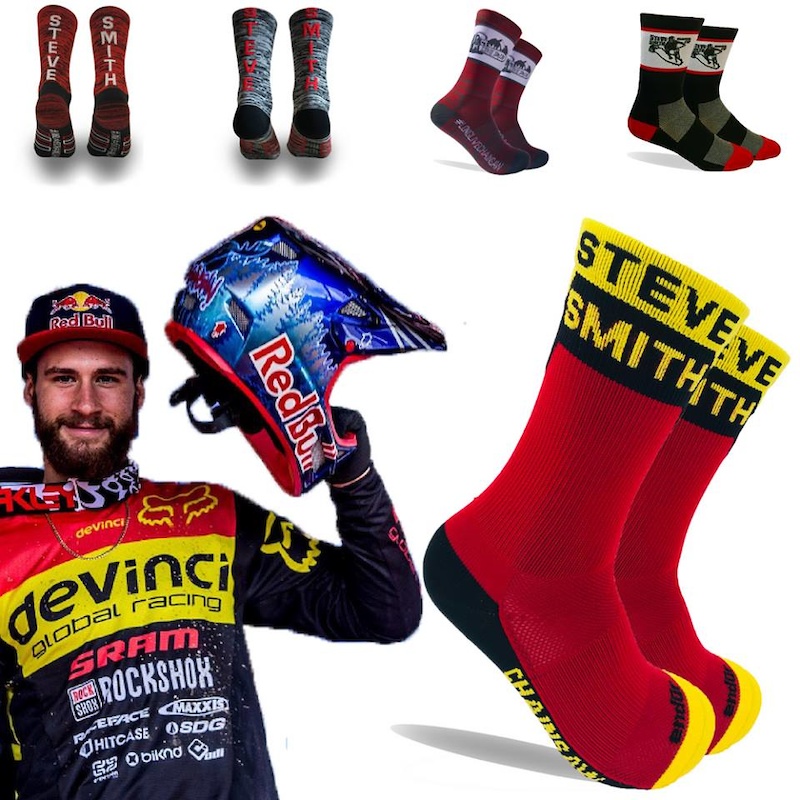 endurofficials (Dec 15, 2017 at 14:30)
5-pack including all designs now available for pre-order: www.endurapparel.com/collections/steve-smith/products/steve-smith-bundle

endurofficials (Dec 15, 2017 at 11:15)
Click 'pre-order' to be redirected to the product, or copy and paste: www.endurapparel.com/products/steve-smith-kit-sock

Any questions can be DM'd to us and we'll respond within the day, thanks!

Dropthedebt (Dec 15, 2017 at 13:25)
Is it possible we could have a final run of a multi-pack of all 5 designs?
I would be delighted to spend a $100 for that after missing out in the past.
I'm sure I am not the only one who would be interested and it would raise more money for this worthwhile cause.

@endurofficials: the M/L 9+ size doesn't inspire confidence that it would fit someone who wears a US size 13-14, so I haven't been able to purchase a pair even though I did look at the link the two most recent times it was released. Any chance of including an XL size if you end up opening up any future sales?

The M/L fits a very wide range no problem, and have been on as small as size 6 and over 13. Our foot has a very large amount of stretch as it utilizes 40% elastic and spandex yarns.

Damn that was fast

juicebanger (Dec 15, 2017 at 13:53)
Not only do I love that the proceeds go SSLF, but they are also the most comfortable socks I've ever bought. Great work @endurofficials

shredderIII (Dec 15, 2017 at 15:26)
does anybody know where i can get the #longlivechainsaw t shirts? I know they were selling them here on pinkbike but they dont carry 'em anymore

forestman (Dec 17, 2017 at 10:30)
Ordered the bundle pack, always wanted a pair and now I'll have 5. Going to wear these everywhere now #longlivechainsaw

endurofficials (Dec 17, 2017 at 9:55)
We ship worldwide
Below threshold threads are hidden

therealtylerdurden (Dec 15, 2017 at 19:34)
Besides showing off ones support of Steve, what's the point of wearing long socks for riding?

therealtylerdurden (Dec 16, 2017 at 11:31)
@mhoshal: really dude? It was an honest question. Might you explain why long socks are so popular in MTB instead of being a dick?

mhoshal (Dec 16, 2017 at 22:09)
@therealtylerdurden: do you only wear sock when your riding or every day of your life pretty much do you wear socks? Point and case they don't need to be worn while riding. Personal I wouldn't use them for riding anyway so I can make them last as long as I can.!! Its the f*cken Chainsaw we're talking about here!!

therealtylerdurden (Dec 17, 2017 at 14:27)
@mhoshal: okay, but a lot of people wear long socks with shorts when riding. I'm asking if there is a reason for this other than fashion.