gcottrell4 jamessmurthwaite's article
Jan 4, 2019 at 10:51
Jan 4, 2019
Lawsuit Claims Search & Rescue Delays Contributed to Mountain Biker's Death
It seems like once again many PB commenters are arguing about BS. Don't get lost in the details. Don't go down that rabbit hole. The article is not about whether the SAR team should or shouldn't have gone out that night, or whether they have an obligation to do so. It's not about taking part in a dangerous sport at your own risk, riding alone, or not being prepared. It's most definitely not about the spouse of a deceased rider who is trying to "cash in" on his misfortune. The spouse claims that the Sheriffs department assured her and her family that a search will be done, only to be cancelled hours later. The Sheriffs department who is in charge of dispatching the SAR team made a conscious decision that a search and rescue was possible. They would have been aware of the weather the days prior to the incident and the forecast for that night and the days following. They had all the information they needed at the time of the request and they willingly took on the responsibility knowing the SAR teams capabilities and the challenges they would face. IF the Sheriffs department didn't have the information at hand to commit to the task the decision should not have been made at that time. Any competent Emergency Management team knows that the difference between life and death can come down to minutes and even seconds. There was clear mismanagement in this situation and it drastically reduced the chance of survival of a fellow rider. Even worse was the attitudes of some Sheriffs department staff members who commented that the guy was probably out "cheating" on her, and as a "grown man" he should have no problem staving off hypothermia. In this case it seems there was blatant disregard for a human life, the very thing the Sheriffs department is sworn to protect. The Appellate Court said "Sheriff’s Department personnel (the deputies), through their actions, undertook the responsibility of rescuing the victim.” That included “using reasonable care not to increase the risk of harm.” They failed. They should be held responsible. They won't make efforts to change on their own. I hope the wife wins her case. The risk of another lawsuit should be enough financial incentive to make the needed changes in management.

gcottrell4 pinkbikeaudience's article
Apr 24, 2018 at 12:26
Apr 24, 2018
DH Fantasy League Has Been Updated for Round 1
@rodasrodinhas: I don't remember Katy Curd as an option you could choose. First time I saw her name was on the results page, but I could be wrong. It does seem like there are less options then there are actual riders.

gcottrell4 pinkbikeaudience's article
Apr 22, 2018 at 19:54
Apr 22, 2018
DH Fantasy League Has Been Updated for Round 1
@MoonboyMTB: what made you go with Norton? Was he a lucky pick or did you build your team with him in mind?

gcottrell4 mikekazimer's article
Aug 16, 2016 at 13:38
Aug 16, 2016
Giro Switchblade Helmet - First Look: Crankworx Whistler 2016
@ChristophColombo: and how about regular full face without the removable chin bar? All I care about is how light the helmet is and its ventilation

gcottrell4 mikekazimer's article
Aug 16, 2016 at 12:53
Aug 16, 2016
Giro Switchblade Helmet - First Look: Crankworx Whistler 2016
I don't care if a helmet has a removable chin guard or not, but I'm definitely interested in a light and well ventilated full face that doesn't compromise on safety. If that isn't this helmet what other options do I have?
Load more... 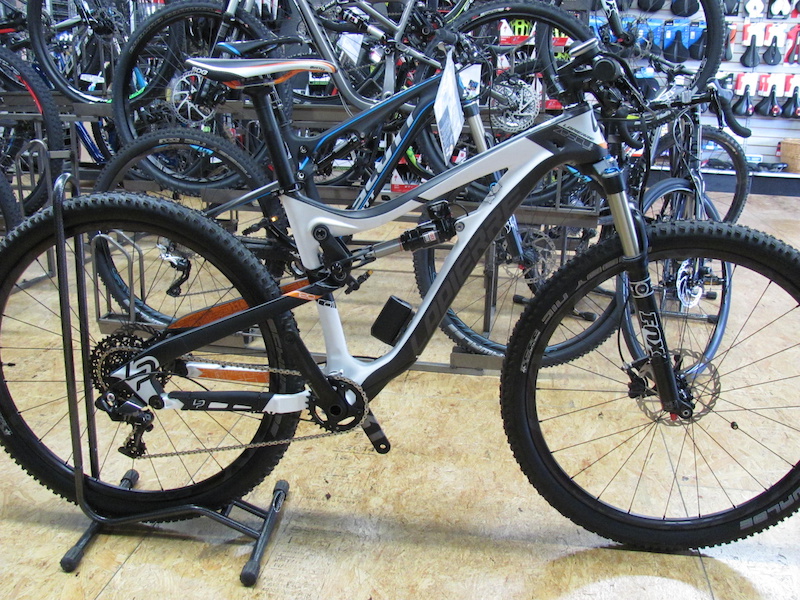