bikes on the brain

getsomesy CascadeComponents's article
Mar 3, 2021 at 12:32
Mar 3, 2021
Cascade Components Announces Specialized Enduro and Norco Sight Links
@CascadeComponents: I appreciate your thoughtful reply. You said "Ultimately it's the amount of energy going through the damper that will lead failure" I would argue that plenty of dampers have been made that can stand up to these forces for a year or more of hard use with rather linear linkages and not fail. if anything dampers should require occasional oil change, air seals if youve got em, and check pressure and change du bushings; but if the shocks are blowing up its cause they are weak sauce, defective or misused. One of the problems i have with Progressive linkages with no alternate linear setting is it's really really hard if not impossible to make a bike feel more linear than the linkage rate would suggest. unlike the inverse where its very easy to make a linear setup feel more progressive. Progressive linkages also return more force in rebound, although the shock ratio is near 2.2:1 as it returns from full compression many rebound damping circuits struggle to sufficiently dampen the highly compressed spring that has so much more energy stored in it. So when you crank the rebound damping up enough to control deep rebound from a hard landing, it often has a tenancy to return with inadiquate speed near full extension... in my experience. If you use a lower more linear spring/ leverage rate and rely more on compression damping you can manage more force through a sturdy damper and the bike will exibit a more controlable and desirable rebound characteristic, improving traction. Also you can turn down the resistance of a damper reliant suspension setup to deal with greasy chundery rooty square edge condition, unlike with a progressive leverage rate. Then you can just deal with bottom out characteristics independatly with bumpers, HBO, ifp pressure, spring rate, progressive springs, or a 2 position shock mount that offers progressive setting. you said " Yes the spring is effectively stiffer deeper in travel, but you're not slapping bottom, which is the harshest thing there is, and those are also impacts where you generally want that added support anyway." I disagree. Most of the shock transmitted to me while riding a properly set up progressive bike comes in the 50-90% compression range. Basically everyone besides like slopestyle riders and ppl who only ride groomer jump trails will experience most of the shock compressions and cumulation of compression forces and average depth of compression to occur at under 90% compression. If those impacts suffered less resistance from the collective rear suspension then less overall force would be felt by the rider. A well setup bike will gently produce a slight but perceivable thud at full hard bottom out, maybe once a weekend when overshooting or hitting something harder than you would generally intend to. If your bikes bottom out is undetectible even when you go too big, and you are infact not using all of your travel, but you are feeling harsh impacts that slow you donw deep in the travel, then your bikes rear suspension setup is too resistant to using the later stroke and failing to utilize your full suspensions ability to carry speed horizontally through rough surfaces.

getsomesy edspratt's article
Feb 28, 2021 at 11:14
Feb 28, 2021
TranzX's New Dropper Has Adjustable Travel & An Integrated Seat Post Clamp
Making a better product than a reverb is not saying much at all. Sram recognize reverbs dont work below freezing, nor do they address the issue to amend whats clearly a major design flaw for their customers.

getsomesy mikekazimer's article
Feb 26, 2021 at 10:55
Feb 26, 2021
Review: Cane Creek Kitsuma Air Shock
name checks out. gravel rider talking shit. probably has a fox x2 that hasent blown up yet cause he only rides down gravel roads when his mom shuttles him.

getsomesy jamessmurthwaite's article
Feb 25, 2021 at 11:28
Feb 25, 2021
How Descenders, a Small Independent Mountain Biking Game, Became One of the Most Popular on Xbox
Shouldnt this be posted under E-Bikes?

getsomesy mikelevy's article
Feb 23, 2021 at 11:11
Feb 23, 2021
The Pinkbike Podcast: Episode 49 - What's the Best DH Bike?
Should chainstays be/ are they going to get longer for improved weight distribution? When are rear center lengths going grow to match reach lengths? Is more progressive linkage really faster? Considering that people such as sam hill and commencial riders are riding low progression bikes. Would 29” en/am/fr bikes benefit from dual crown forks, and the lower stack height they can achieve? Do dual position / talas forks increase climbing ability/speed/efficiency 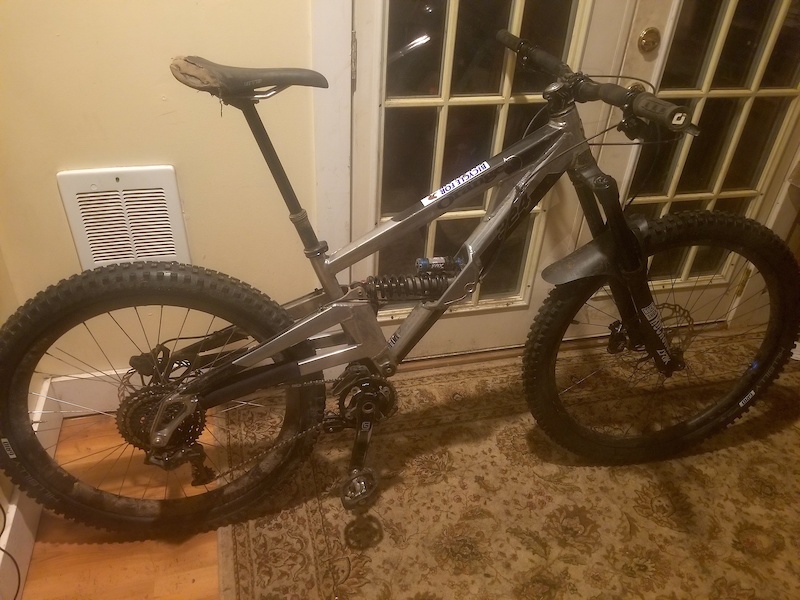