Video: Reece Wallace Shows How Versatile 145mm of Travel Can Be in 'Plane Fun' 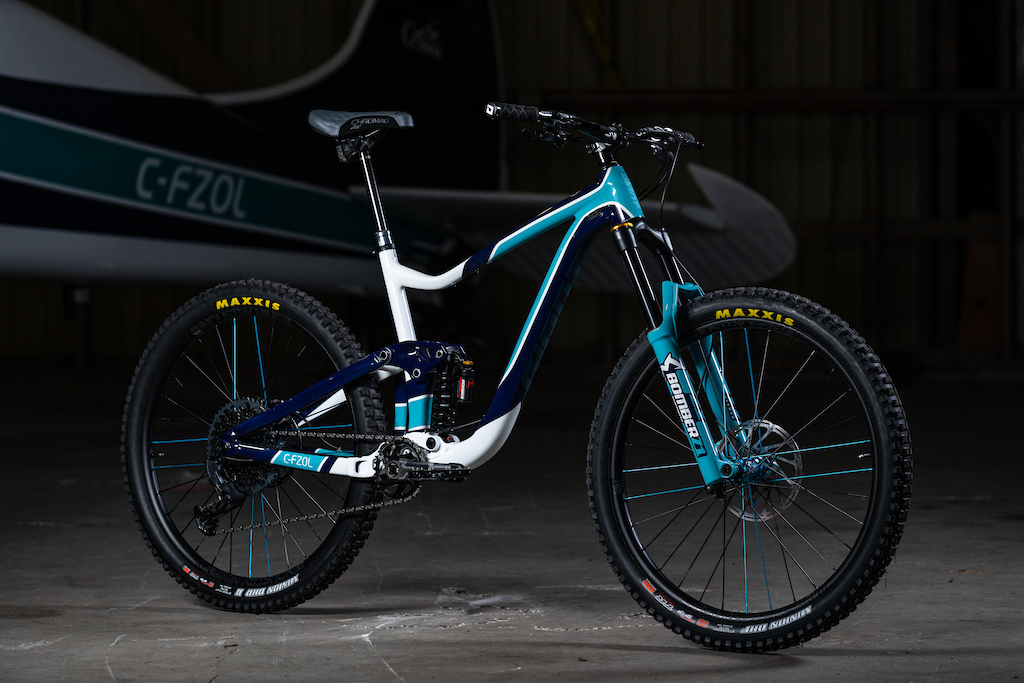 nastynate711 (May 30, 2022 at 14:14) (Below Threshold)
Well I’m glad you get a kick out of it. But imagine how it feels to be Reece Wallace the Canadian freerider who puts everything he has into his work just to have people make the same stupid joke and shift the focus away from what he achieves.

FloridaHasMTBToo (May 30, 2022 at 14:44)
@nastynate711: Imagine being so focused on another person's life that you feel the need to whine about it on a bike website.

mi-bike (May 30, 2022 at 15:53)
@nastynate711: If you don’t believe that Reece isn't bothered by this joke, then check the top comment in this thread and check who posted it*: m.pinkbike.com/news/video-reece-wallaces-raw-pov-as-he-shreds-a-hand-built-jump-trail.html

* Yes, that's correct, it's the World Champ himself!

Saucycheese (May 30, 2022 at 16:37)
@nastynate711: imagine being so upset over something so trivial you have to announce it on pinkbike comments

asapyohanes (May 30, 2022 at 10:51)
I think most of pinkbike share the same three braincells cause they really just have enough storage up there for the same three kind of jokes.

Edit: someone already made this joke and I can't read.

suspended-flesh (May 30, 2022 at 19:38)
@jobgnar: Mad respect for being the OG on that drop and I mean that with all sincerity, but you gotta sign dudes tits now.

PhoS (May 30, 2022 at 12:51)
PB Headline flop "How Versatile".. Video of riding perfectly manicured trails, not a root or rock to be seen. He was sending those jumps though..

Lasse2000 (May 30, 2022 at 13:21)
Great riding! Crazy, that a World Champ is allowed stuff like that in between Races - and on a diffferent brand bike as well. AND: Danny would have frontflipped that last stomp at the beach - with a smile

Dustfarter (May 30, 2022 at 17:09)
No disrespect because he's sending huge but all of that stuff is super buff. A BMX-er would send that too. Suspension only really matters when its chunky and you need traction. It doesn't show how versatile 145mm is at all.

flatlandhaala (May 30, 2022 at 12:10)
I think he could ride any travel bike including hardtail and make it look smooth. Nice work.

ak-77 (May 31, 2022 at 14:12)
So, @giantbicycles, I suppose your posting this means that you approve of your customers riding this hike on this type of terrain? If I take a 140mm Giant and something breaks when I huck it off 3m drops it doesn't void my warranty, right?

riverbum (May 30, 2022 at 12:41)
For a very short moment I thought "WOW - Giant has come up with a great colorway! A total winner" but then I realized this is a custom job and we're all just stuck with standard colors like before.

xTwoSnakesx (May 30, 2022 at 18:30)
I remember him because he had almost the exact same name as my friend who was also a ripper, living an hour north.

Zuman (May 30, 2022 at 17:10)
When is Giant going to change the design of that Trance and Reign front triangle?
Only reason i'm not buying a Giant is that ugly front triangle.
The Trance Advance has better silhouette.

Bro-LanDog (May 30, 2022 at 13:12) (Below Threshold)
Look at these thumbsie-downies LMAO pb hivemind must know something about material properties that I don't.

IsaacWislon82 (May 30, 2022 at 20:50)
@Bro-LanDog: there are significant differences between the two, namely energy absorbed and how much they propagate. As an example, ductility is extremely important in structural applications such as shipbuilding, where enough energy to simply dent the shell plating of a ductile material may sink a ship made of a brittle steel, such was the case with the titanic among others before ductility of steel for ships was regulated

Bro-LanDog (May 30, 2022 at 21:07)
@IsaacWislon82: but yielding is yielding. If a bike is breaking while riding, it's ruined regardless. Impacts, meh. Throw some plastic on it if you're worried about that. But cfrp is a stronger material than 6000 series al alloy 10/10 times.

riverbum (Jun 1, 2022 at 1:54)
@Bro-LanDog: Let's wait another few months. I happen to watch the videos of the YouTuber VanCan. He broke two carbon frames over the last two years (a Specialized Enduro and an Evil Wreckogning). He is now on an aluminium frame (Knolly Chilcotin) and I guess this one will NOT break.

No, that will not be "proof" - it will be another indication nevertheless

Dadd (May 30, 2022 at 9:52)
Great riding, but the crash proves that longer travel is more forgiving, and doesn't bottom out as easily on 10+' drops. Especially when you're not sponsored...

Did not down vote you by the way.

thechunderdownunder (May 30, 2022 at 10:09)
Well idk if it will let me share this link, but obviously longer travel is more forgiving in general. Set up and design are way more important. My friends enduro exploded on the same landing that my Bronson ate like a champ.

kykykyle (May 30, 2022 at 11:06)
Great full suspension jump bike! It seems to be scared or roots and rock gardens according to the video.

Sshredder (May 30, 2022 at 11:12)
Sweet vid . The bike can be ridden like this . Poor bike getting tossed more than it was told it would ever experience. Hope he gave it a hug after the ride.

mikeyrides (May 30, 2022 at 20:20)
Great video, but turn down the music. It interferes with the goosebump inducing sound of tires on dirt.

spaced (May 30, 2022 at 10:14)
The bike can be versatile but if you do it Giant won't accept your warranty claim if it breaks and generally with that type of riding it will break unless you never make mistakes. That's the issue with promoting smaller travel bikes. Most of them are not sturdy enough for agressive riding.

ilovedust (May 30, 2022 at 13:25)
They warrantied my carbon road bike when I cracked it and I think that had everything to do with me tightening the seat collar to much. Thinking of mates as well, Giant is thee best warranty out there

CasualTEA (May 30, 2022 at 15:01)
I've seen Giant replace a 2017 Stance frame that had a cracked chain stay with a whole 2020 frame.
The bike was never service and broke after their guys son "was just riding along".
Also seen a 2018 alloy Anthem warrantied for broken rear triangle, free got replaced with a 2020 carbon frame. Again bike was used and abused to the point the pivot bolt that holds the shock in was seized.

IMHO Giant warranty too much, people start to think they can replace everything under warranty.

scott-townes (May 31, 2022 at 5:23)
LOL wut? Frame integrity is the same regardless of travel. If you're referencing breaking the frame because you messed up and crashed, warranties do not normally cover impact damage regardless of the model or brand. That's like saying Subaru is responsible for you rolling your Impreza while driving recklessly because Subaru promotes this model via their professional rally drivers. I guess being responsible for your own actions is not a thing anymore.

Rocksanddrops (May 30, 2022 at 10:07)
Public Service Announcement. As annoying as the jokes are getting, you still got got.

TreyChristensen (May 30, 2022 at 11:11)
Just to clarify. Reece Wallace the world champ, and Reece Wilson the free rider

jovesaxa (May 30, 2022 at 11:27)
@Rocksanddrops: hahaha. Fak. Yup, definitely wasn't tracking this Wilson-Wallace gag. People handing out downvotes like they're dollar bills at a strip joint.