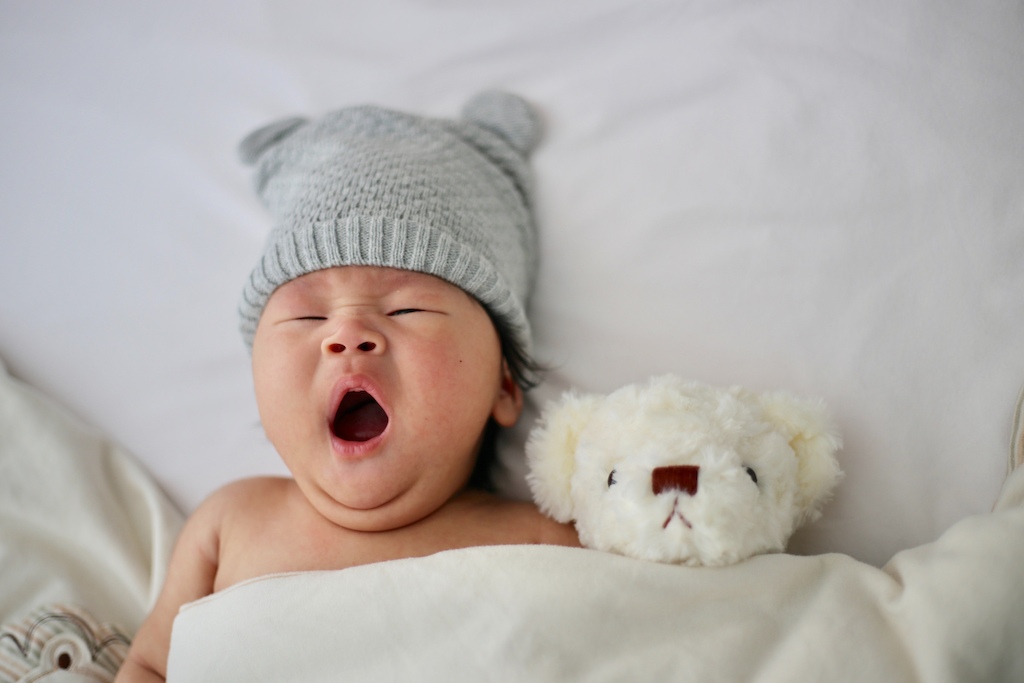 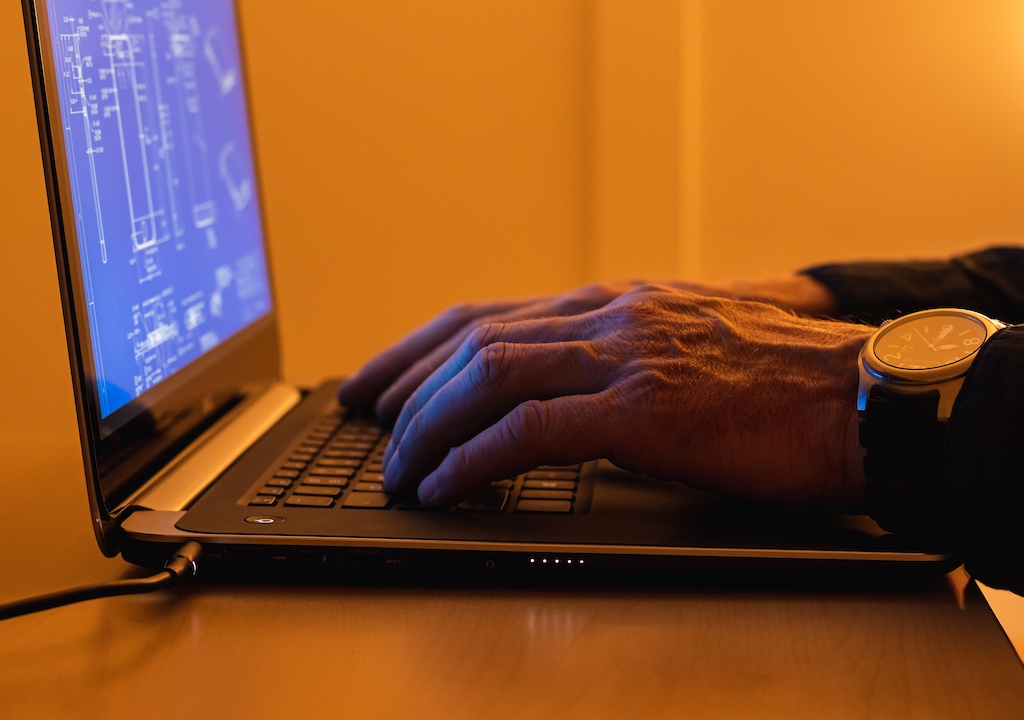 How hard can it be?
Santa Cruz have today announced that they will make 10 different links to help tune the “slap dash” Crestline & Cascade collaboration.

“Well, you see, they might have had an idea with their links or leverage curves. Maybe they spent literally years and countless hours getting them just how they want. However, my boy Barry is a wiz on CAD. We measured the points from a photo and will make links available in 5% increments of progressivity, from 40% to 90%. You buy these links in batches of three and swap them out mid-ride for the ultimate tuning experience,” an unnamed source told us.

“Spite is an energy, a motivation that we can harness to push ourselves and our design team to new heights, and my god it feels fantastic.” 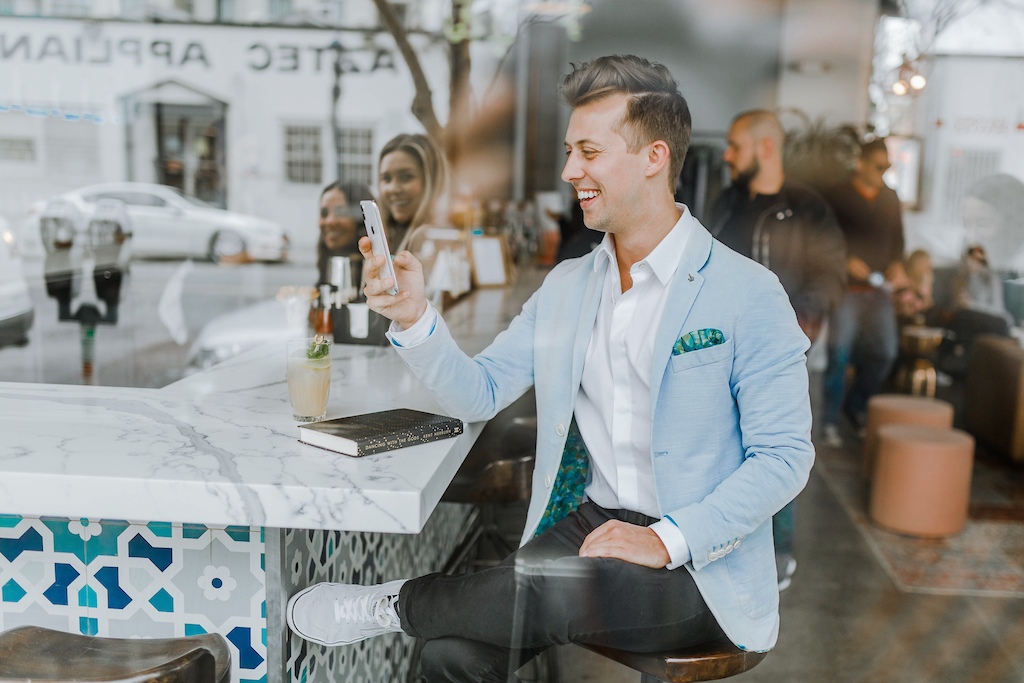 "30 psi too, I just ride that hard."
“Yep, downhill tires… yep… downhill insert, and yes, that is a ding you see. When you shred like I do, casualties are inevitable,” Lenny Quimby informed a petrol station attendant that in no way asked, or had any real concept of what mountain biking was.

“You see, you can’t put a saddle on a mustang, though you may try. In fact, these 1400g tires tried and their friend Mr Wheelsbury paid the price. When my heels go down, lights go out. Be warned, wheels.”

Unverified reports suggest Quimby has changed his instagram bio to “non-euphemistic rim dinger,” leading Meta to remove them from the platform as it was cringeworthy enough to be considered hate speech under their terms and conditions.


Winner of World Cups Plans to Not Spend All Prize Money at Once, Puts 73p Into Retirement Fund 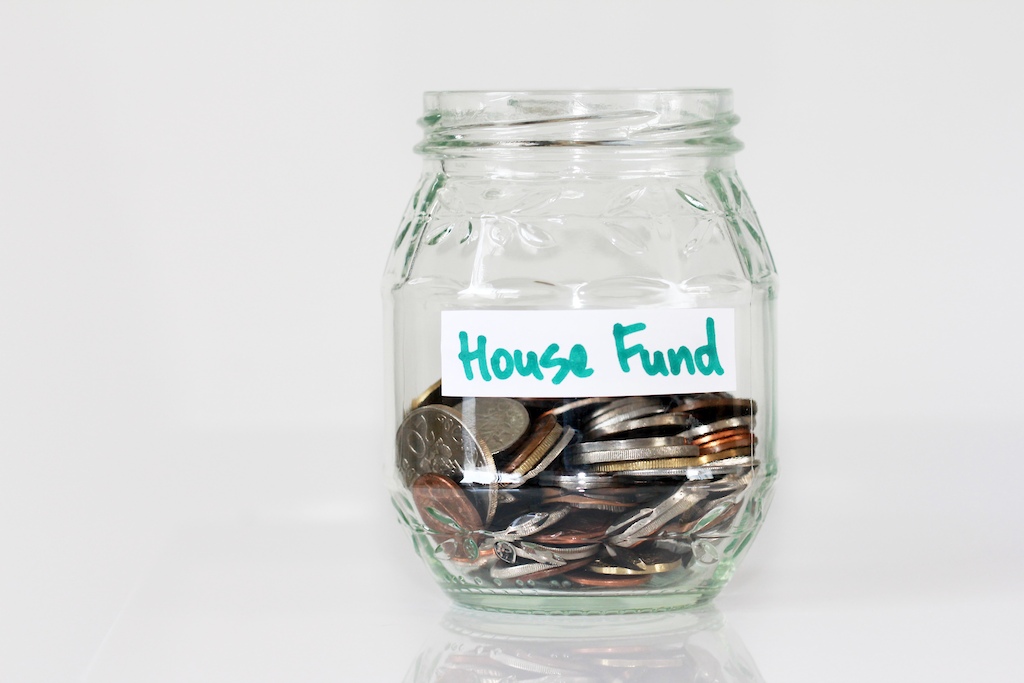 Makes it all worth it.
We know he's capable of some amazing feats on the bike but we were perhaps not prepared for equally impressive financial management from the apparently fiscally astute winner of the 2022 overall, Emanual Peerson.

"Well, I know I've got to live a little now, and part of being the best in the world at an extreme sport comes with certain expectations of at least a little bit of indulgence after a big win. That's why I decided to spend 35 cents on two Freddos, one for me and one behind the counter for everyone to share, and the rest I've put aside for a rainy day. Thanks so much to the UCI for helping me maintain this decadent lifestyle!" 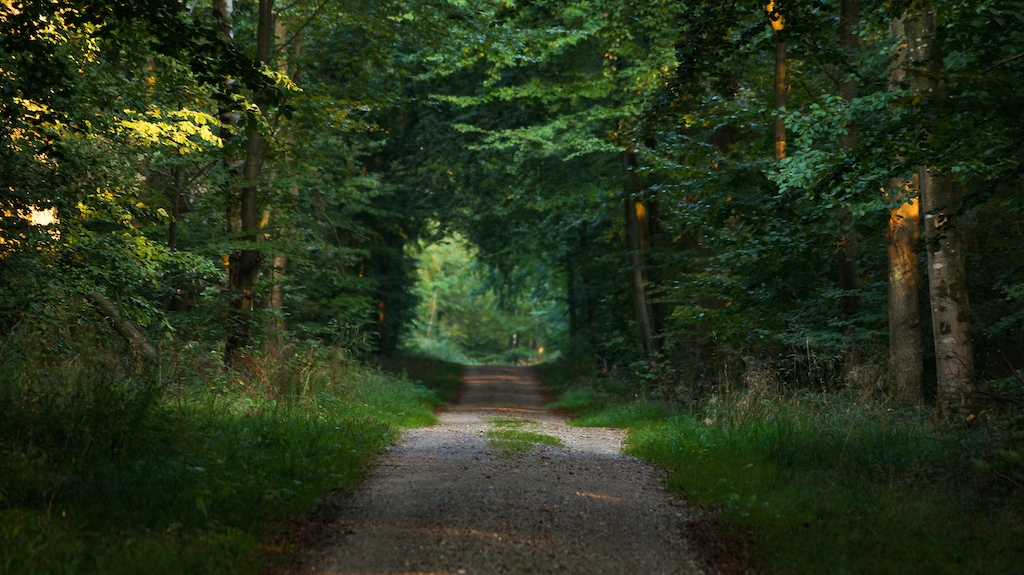 "Dan Atherton could never design stages like this!"
"Anything you can ride on a downhill bike, I can ride on my enduro bike - including sprinting up this fire road, as demonstrated in this EWS race footage" Todd "The Bod" Buckingham told us after his seventh cola flavoured popsicle after completing the influencer subcategory of the EWS 100.

"Pushing your limits on the most challenging downhill tracks? That sounds tedious. No, real racing should include large amounts of fire road sprinting, and a complex bartering system of gelatin sweets at the top of each run as you all hope to not go into hypoglycemic shock as you share a space blanket between five of you - that's living, baby, and the best part is that it all happened in a hotbed of 5G phone signal, so my followers could enjoy the exhilaration of people they don't really know going up and down the same mountain at, but never concurrently, in real time. Not much uptake this weekend though, apparently something called Hardline is on - whatever that is. Apparently there aren't even any YouTubers doing it. Sounds pointless." 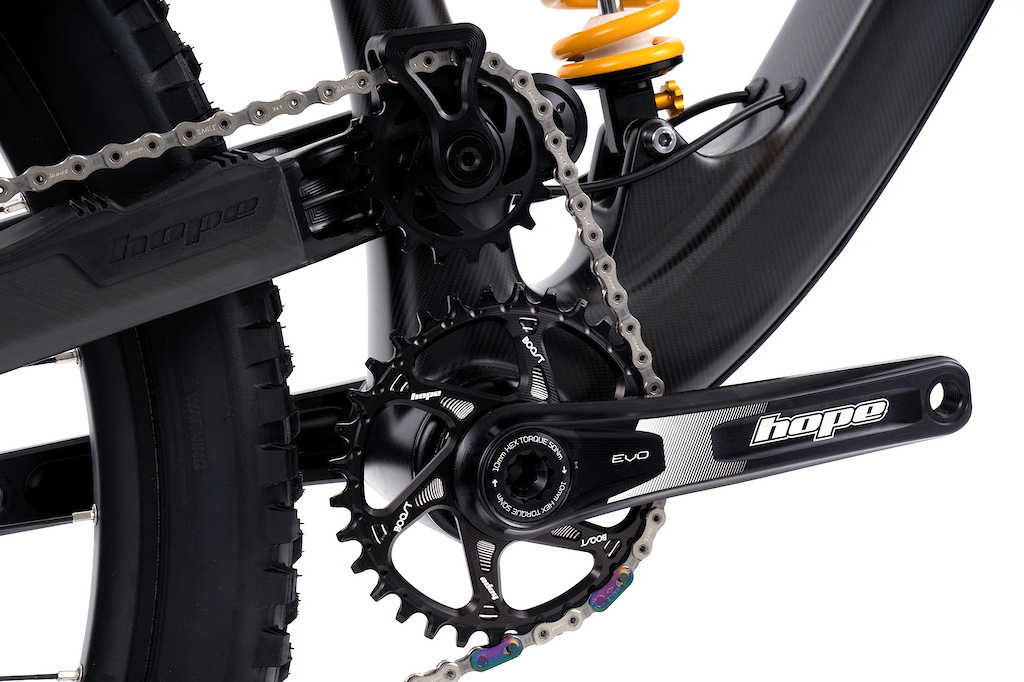 "320mm too long if you ask me."
Bike designer Ken Oath has seized upon the short crank revolution and is able to offer cranks over 350mm shorter than the closest competitor. The inverse-length design of his new prototype could change mountain biking design, he says, by letting bottom bracket heights become significantly lower.

"My cranks are so short because they actually reduce in length until they reach 0mm at the BB axle, and then they just keep getting shorter as they go out the other side. It might look like they're just 165mm standard downhill cranks, but you've got to remember to inverse the measurement. Hope have done something cool - but I've done something cooler. These cranks aren't 165mm, they're actually -165mm and run completely inverse of what it might appear, giving you more ground clearance."


Man Doesn't Understand Why Race is Not About Him 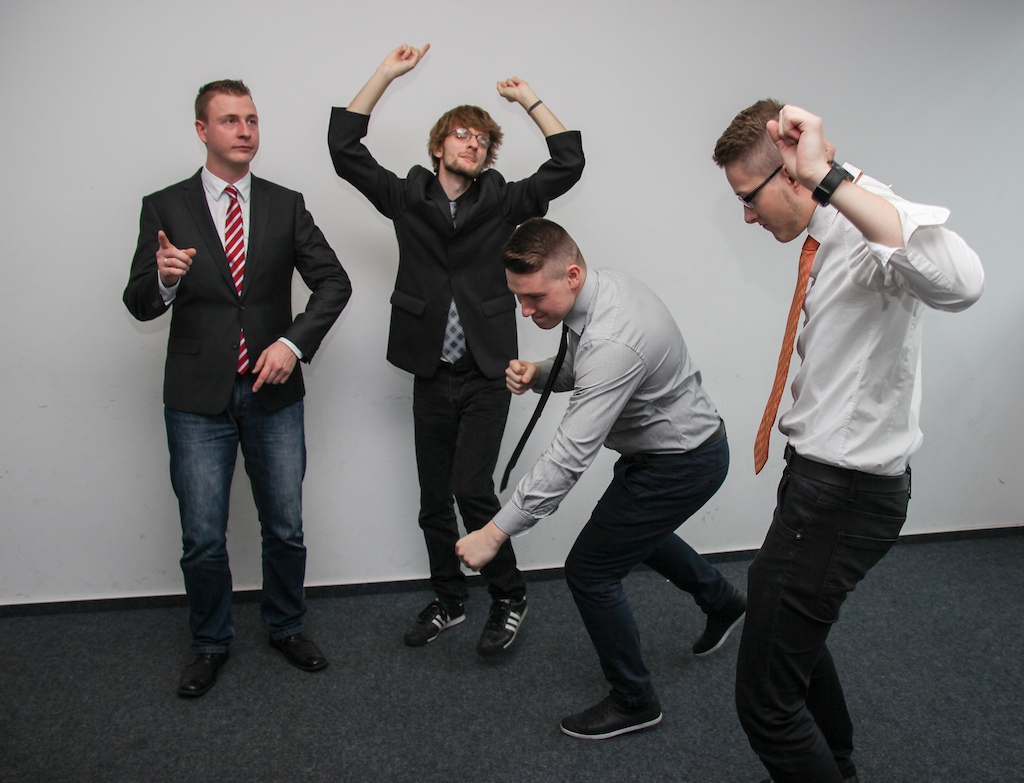 Lads, lads, lads!
The children were crying, the dogs were barking, and as crowds wiped the blood away from their exploded eardrums they exclaimed in shock that 23-year-old presumed incel Justin Timbersnake and his friends may well be immune to the expiration novelty and utterly bereft of imagination, but aren't in fact involuntarily celibate.

Timbersnake, who struggles to accept that the wonderment of a chainsaw with the cutting blade remove isn’t what people attend a downhill race to see, made sure everyone enjoyed the race with no conversation or remark by drowning out any noise that didn’t serve as a way for him to garner attention, until people just gave up and accepted that downhill isn’t meant to be remarked upon.

Could have saved a lot of trouble and called him Tw@ Jr.

mcozzy (Oct 11, 2022 at 23:08)
Ha yes. Just F right off with your chainsaw. The only good thing about the televised races during the "pandemic" was no spectators.

HankHank (Oct 12, 2022 at 2:29)
@korev: at the World Champs some French lunatic attached a trumpet to the chainsaw exhaust to multiply the volume.

It was the work of an evil genius and I fully expect that to be copied across the Alps next year.

Phipu (Oct 12, 2022 at 2:45)
@HankHank: that was the case aswell at Lenzerheide Worlds a couple years back and at the MXGP in Frauenfeld multiple people. Even with ear plugs and 20m distance it felt like getting tinnitus or some other ear damage any moment.
2-Stroke race bikes are quiet in comparison...

The one that drives me crazy, is the damn vuvuzela's/horns, things sound like a moist fart coming out of the crowd SO ANNOYING.

vinay (Oct 12, 2022 at 8:45)
Is that why they quit having WC races in South Africa? Because they rather listen to a chainsaw than to a vuvuzela?

heatproofgenie (Oct 12, 2022 at 9:09)
Count me in for the chainsaw hate. I would love to attend a WC race in person especially with my kids but at this point am questioning that desire due to the asinine chainsaws everywhere.

fatduke (Oct 11, 2022 at 22:08)
"influencer subcategory of the EWS 100." Could bring more competitors to the event if it were a real category. Who doesn't want to see a whole category of the latest mass produced generic racewear with a AI generated MTB logo turn up to the event and blow up on youtube. #instalife #insta360 #mtblife #mtbdude #mtbchicks #randomgenericmtbsponsorsomethinglikegnartechracing

"Like and subscribe, fellow senders! Click that bell button to not miss out on any of upcoming shreddits of me riding green trails at the speed of a slug on tranquilisers!"

gabriel-mission9 (Oct 12, 2022 at 3:49)
@henry quinney
Brilliant. Literally every one made me laugh and im a grumpy bastard. you got the enduro/dh title back to front though.

As an aside, if there was some sort of kickstarter for banning the chainsaws from races id put good money into that. Especially if all the people who brought them were forced to spend the next month of their life being followed around at home by some screaming topless drunk revving a chainsaw in their ear at all hours of the day and night.

I hate the chainsaws too, but banning them would be like banning lighting flares in a football stadium?

gabriel-mission9 (Oct 12, 2022 at 11:32)
@L0rdTom: You aren't wrong. I feel a weird pang of discomfort every time I read the word "banning"... Which I wrote...Especially in DH, which is a naturally wild and exuberant sport.
It'd still be good if people didn't bring as many chainsaws though. I probably wouldn't even mind 1 or 2 (For Stevie). Probably somewhere down by the finish line with all the other loud noises. But when there are 5 of the things at every corner it gets a bit much.

L0rdTom (Oct 12, 2022 at 13:14)
Sadly humans can't be trusted to not get carried away, and it's in our own interests to ban chainsaws, vuvuzelas and even our flares.

Make em a bit longer and there you go!

iduckett (Oct 12, 2022 at 6:37)
That'd be really cool actually, to test what crank length works for you. No returns after testing crank length, though.

I can totally hear Henry’s voice saying this

cypher74 (Oct 12, 2022 at 11:28)
Chainsaw powered vuvuzelas for next rear. Or if people were actually creative they should creat a chainsaw powered version of whatever wind powered instrument is associated with the country or area where the races are being held. What could possibly go wrong.

goffhorner (Oct 11, 2022 at 17:50)
So with the inverse cranks at the top of the pedal stroke your crank arm disappears and then reappears at the bottom of the stroke. No actual pedalling force needed - genius.

Mugen (Oct 12, 2022 at 0:16)
This enduro hitpiece is slightly deflated by the fact the top 2 qualifiers of hardline are notorious Youtubers! Some of the others are gems though.

hardtailhowie (Oct 12, 2022 at 4:50)
To be fair, Kerr is first and foremost a mountain biker that puts out videos on YouTube to satisfy obligations to sponsors. He is not a “YouTuber” who post about being the king of influences at their closest ews 80.

TommyNunchuck (Oct 12, 2022 at 0:14)
Emanual Peerson needs to keep his feet on the ground and remember where he came from. Or move to Andorra to become a tax exile.

Darknut (Oct 12, 2022 at 6:05)
The bike industry continues to recycle old ideas. Short cranks have already been a thing, probably more than once. lol

I had some custom made 145mm cranks on my DH bike in the early 2000's. They allowed you to pedal in sections you normally couldn't but overall they sucked balled. lol

I have little doubt 26 wheels will be back as the go to wheel at some point. It my be 20 years & they them something else but it will happen!

UCI always gets the stick but do they stipulate the amounts?

heinous (Oct 11, 2022 at 21:51)
Another thing that didn’t happen was PB sharing and supporting Ally’s fundraising after her crash. This could easily be done regardless of contractual/employment issues.

mtb-jon (Oct 12, 2022 at 0:50)
Gotta remember that she is not a public figure and respectingher privacy is most likely the right thing to do.

And how do you know that PB/Outside is not supporting her? I am certain that she is getting support from her employer and coworkers/friends.

mtb-jon (Oct 12, 2022 at 2:19)
@heinous: This is what Outside advertises as benefits for all employees. I am sure She is covered within this and Pinkbike probably also has some left over benefits from before the Outside-takeover.

Some perks we’re proud to offer:

* Equity: We believe that all employees are owners and that we all contribute to the success of the company.
* Comprehensive Benefits Package: Health, Dental, Vision, Life & AD&D, and more.
* Flexible Time Away: We believe in both the importance of working hard AND taking time to refresh and rejuvenate.
* Learning & Development: We put employees first and provide resources for personal and professional advancement.
* Fringe Benefits: Cell phone reimbursement, fitness and ClassPass access, commuter program, etc.
* Competitive Pay: All employees receive a minimum starting wage of $21.63/hour or $45,000/year.

fruitcake (Oct 11, 2022 at 18:56)
Another thing that didn't happen. Pinkbike winning a comedy award. Kinda like Dean Lucas getting a podium in a DH race.