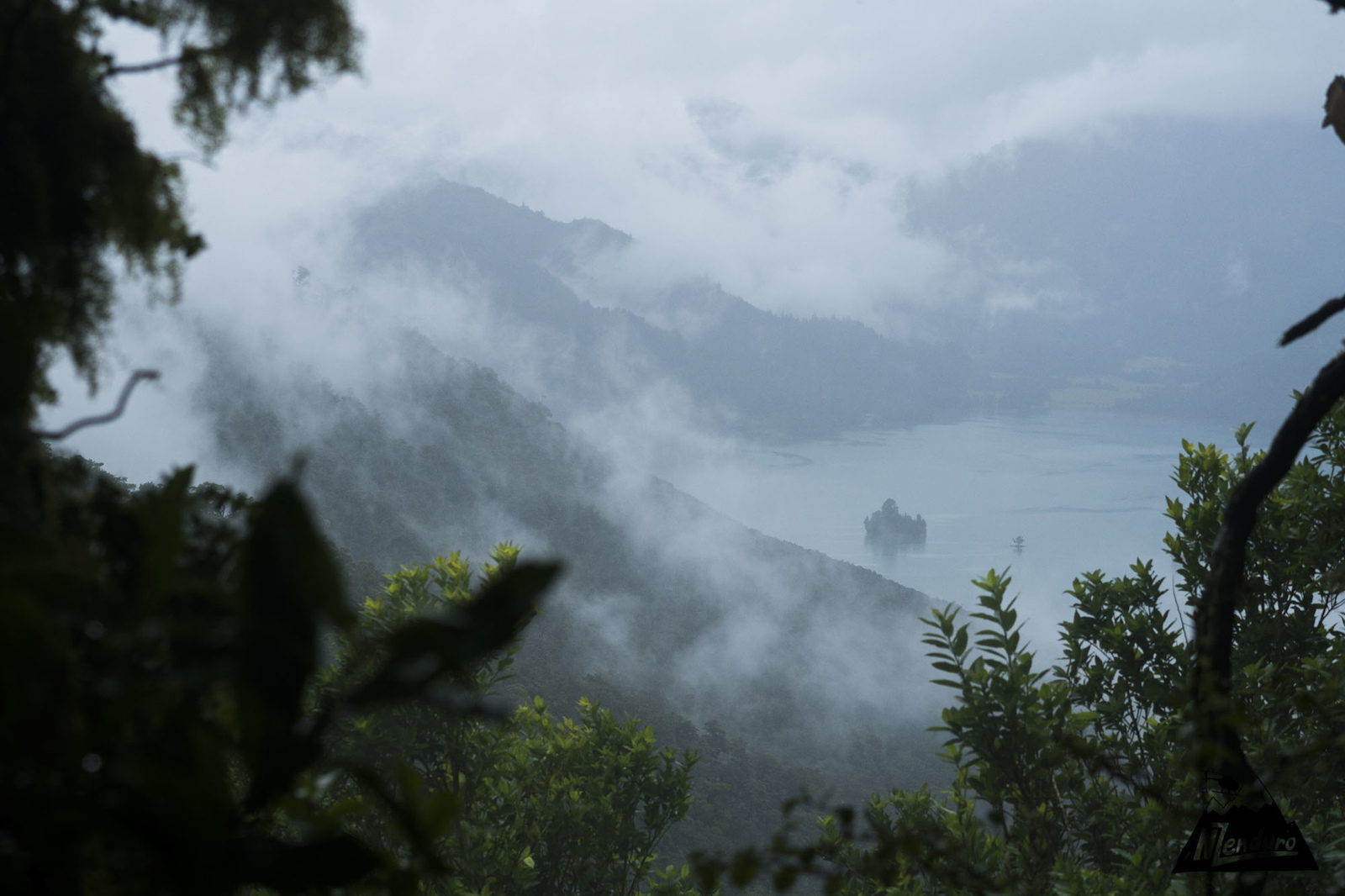 SHARED SUFFERINGS
SANTA CRUZ NZ ENDURO
DAY TWO, 2017
Shared sufferings make for good memories! No one remembers one out of a hundred perfect days when it's dry and but from here forth everyone will remember day two of the 2017 NZ Enduro. The stats don’t tell the full story. 35 KM with 1125m climbing and 1600m descending might not sound like much but this is South Island, 100% natural walking trails so the going is tough and slow. It's generally a two sandwich ride kind of day. (Although this time the riders were treated to a hearty KIWI BBQ of tuna, venison and veg burgers at a midpoint eco lodge.)


A shuttle drop-off into stage one set the scene for what to expect in the days riding. Densely vegetated old bridal track, vines, palms, ferns and pungas galore grabbing at riders bars given half a chance. Exposure, off camber and wet roots and rocks pretty much summed up the day. 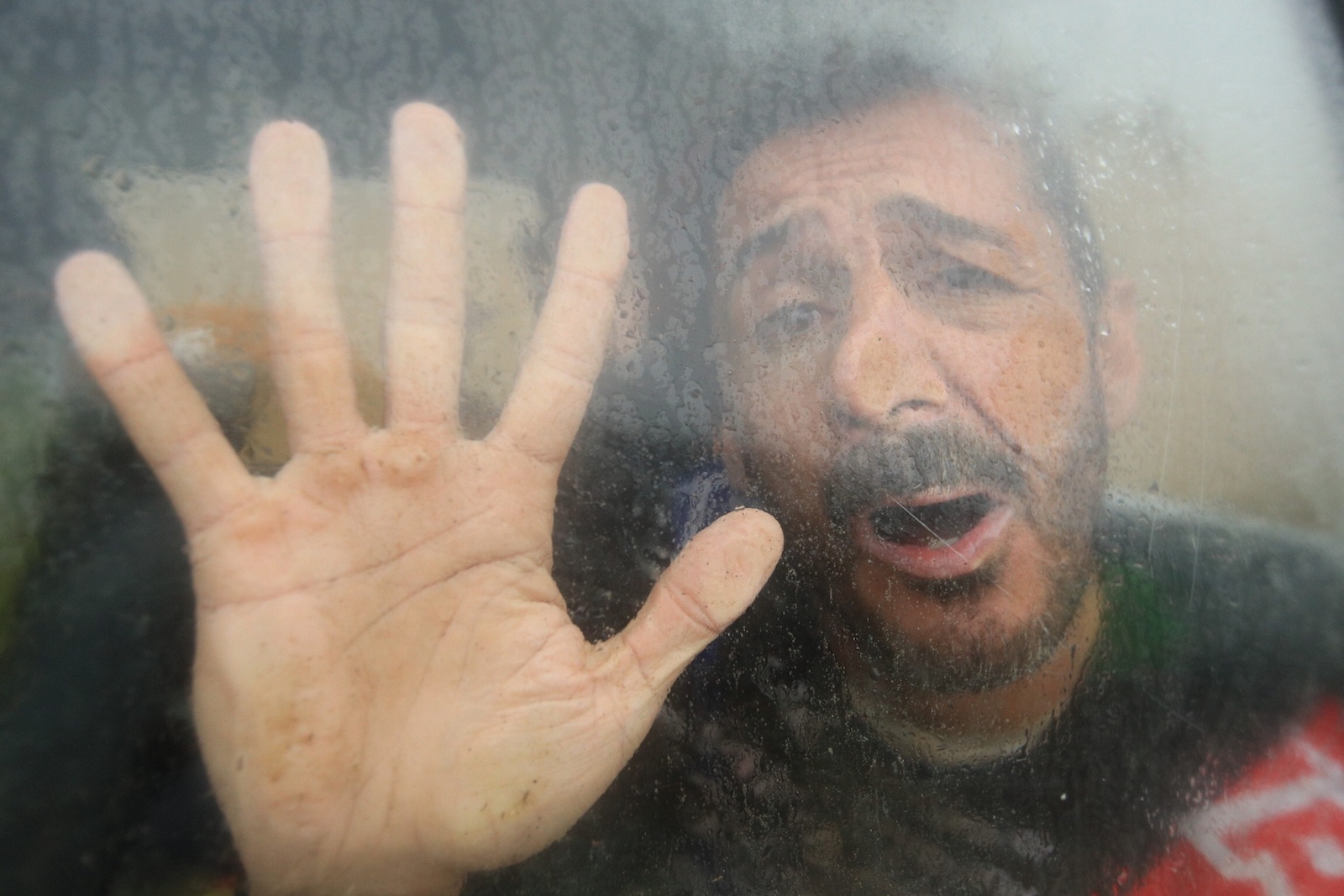 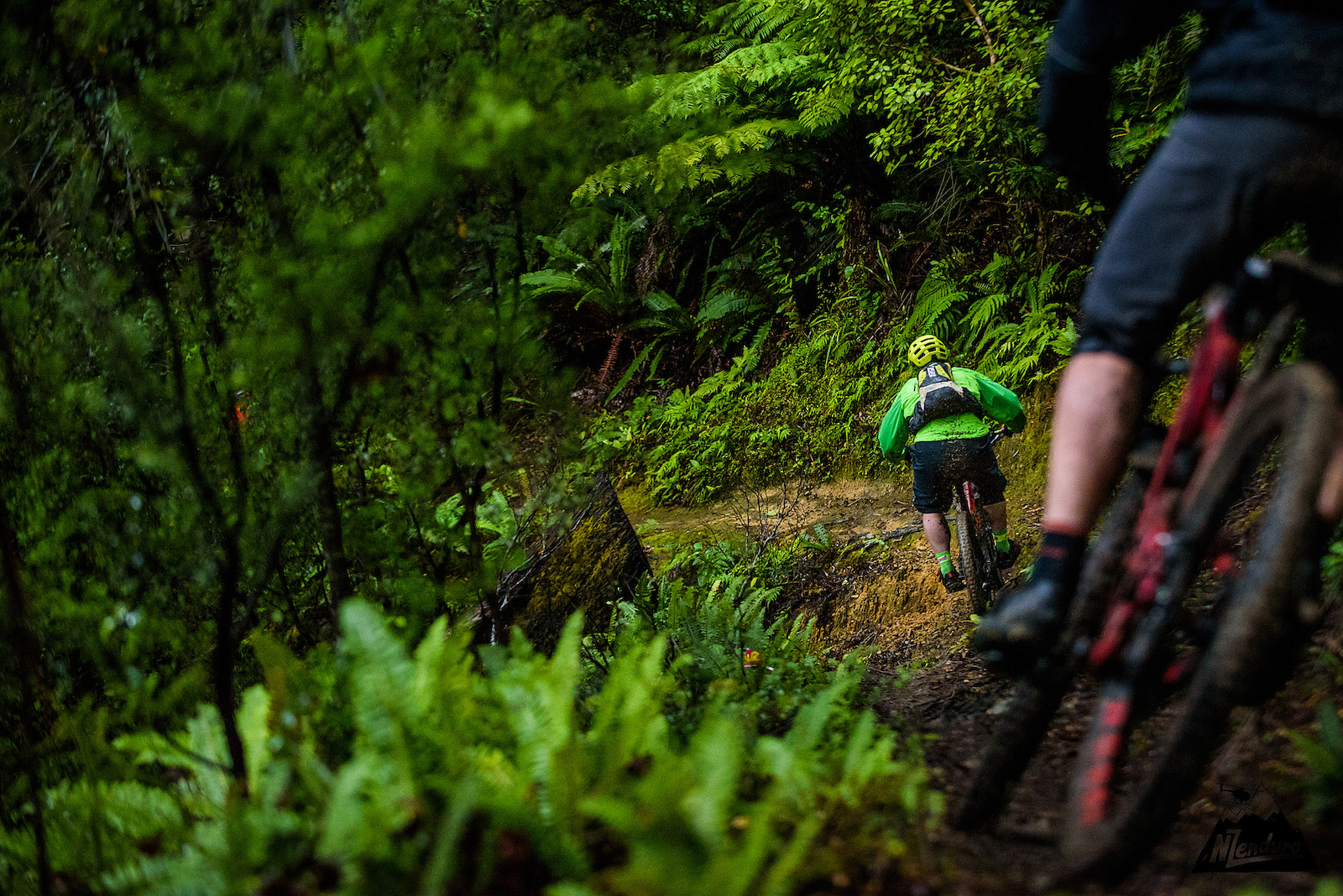 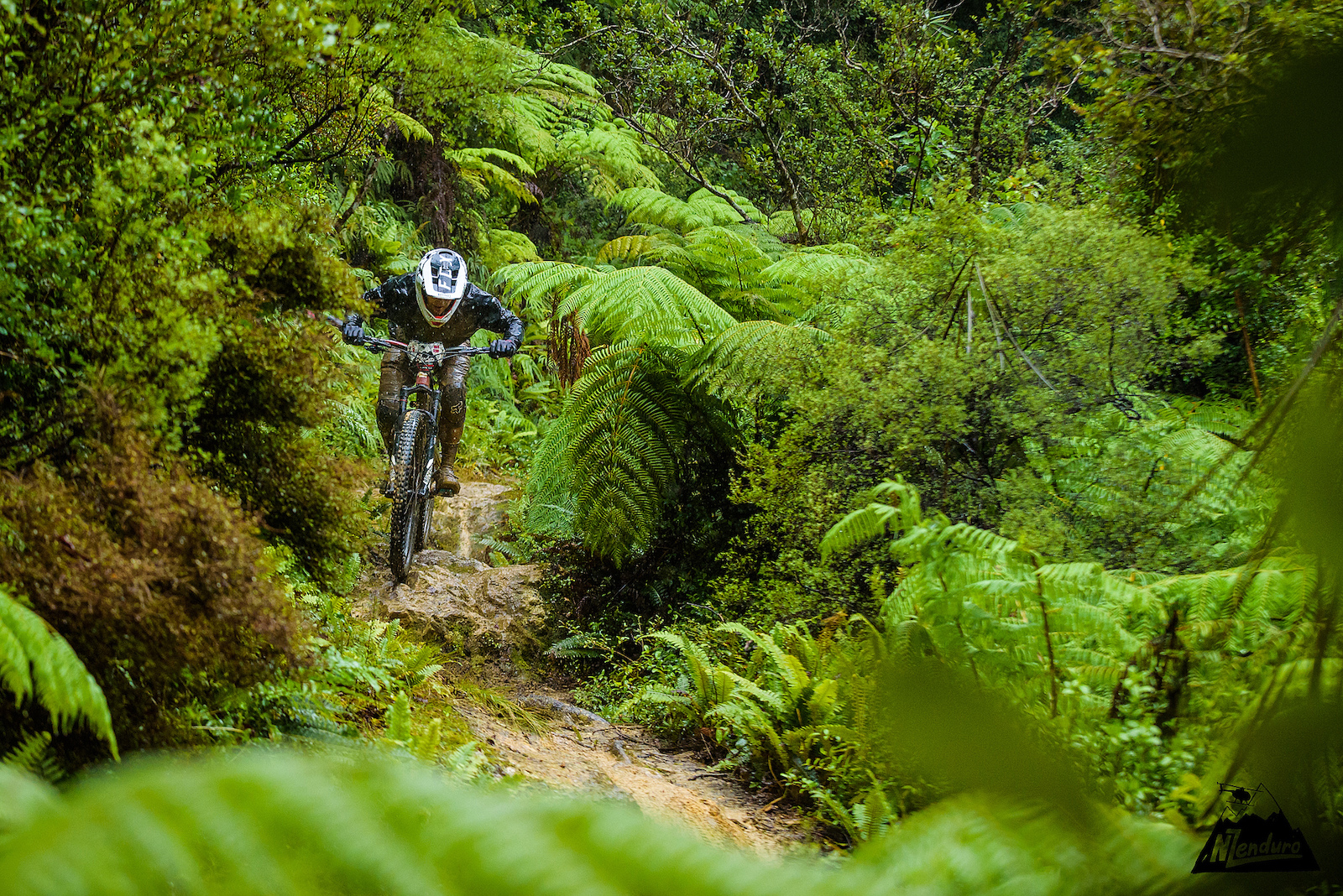 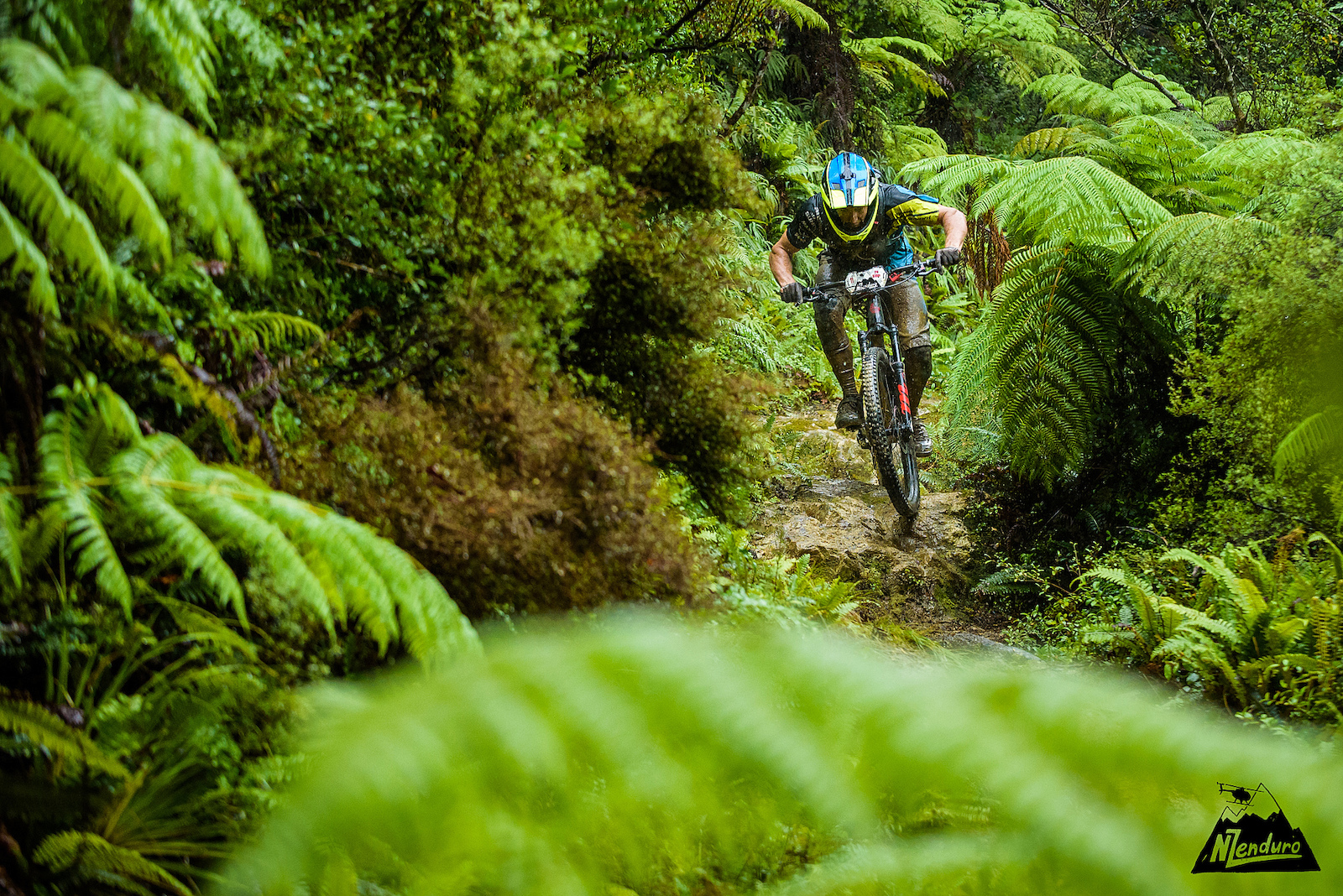 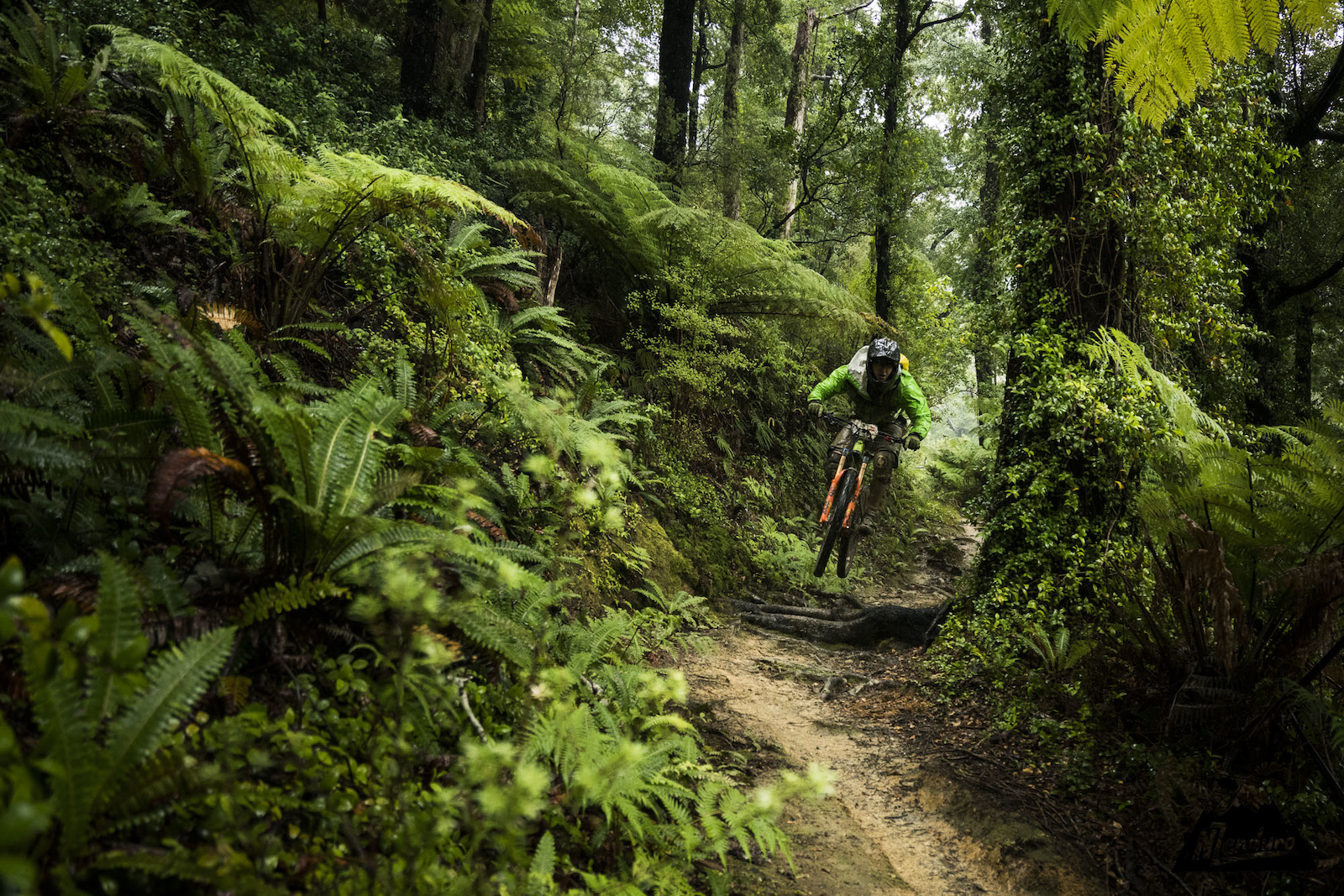 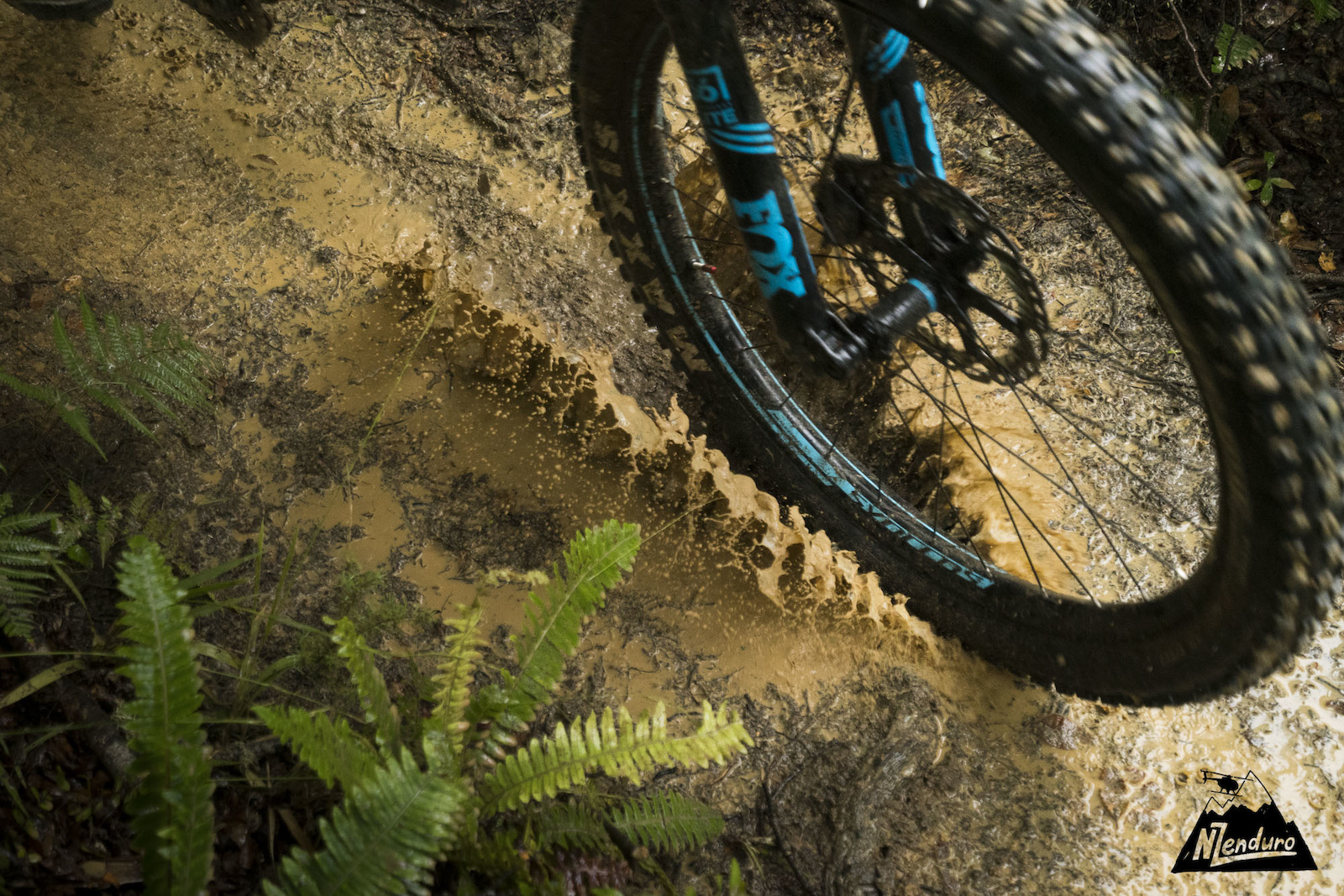 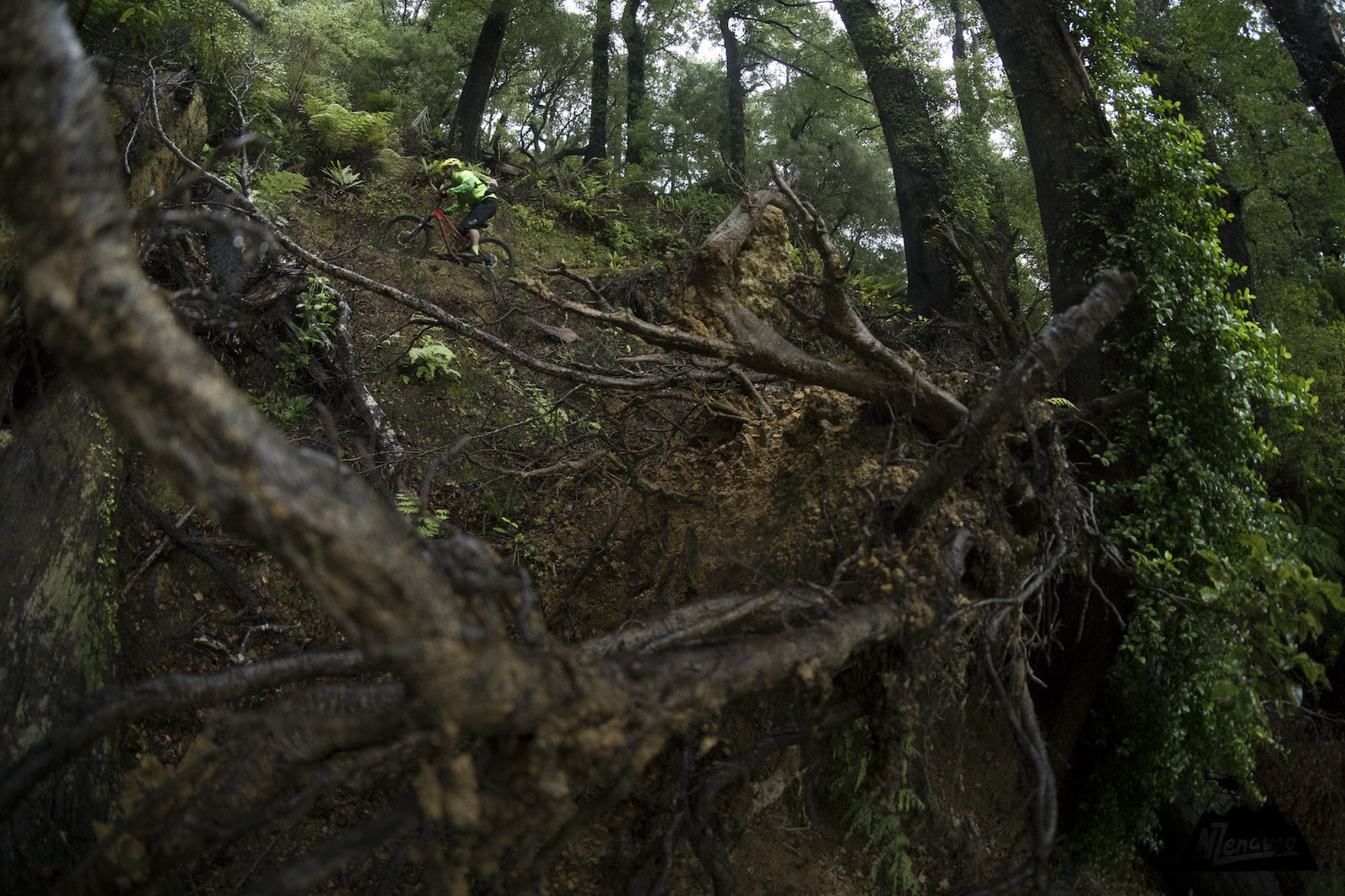 Nydia with all its wild and natural obstacles and technicalities is already one of the toughest tracks to master at speed in the bone dry. In the wet its simply treacherous. As a race organiser you dream of perfect blue skies and smooth sailing, waking up to this morning had me on my nerves and somewhat disappointed that the visiting racers wouldn’t be able to experience Nydia in all its glory but my worries were quickly put at ease when I witnessed racers crossing the line after stage one and four. Not one unhappy or upset rider after over five hours in the extreme elements soaked to the bone and covered in mud. It was high fives and stories from the trenches. A day forever etched in memories and sometimes skin.


Sadly today in the Pro Men's Justin Leov had to pull out after injuring his hand during a high-speed crash in yesterday's stage two. With a podium spot up for grabs a few riders stepped up to the plate. Today it was Mark Scott. Winning three of the four stages and a second in the other. Enough to bump him up to second on the overall after two days of racing. Damien Oton still holds onto the lead with consistent days riding and Kiwi rider Joe Nation riding blind has eeked in front of Jerome Clementz by one second into third.

In the women's, Ines Thoma takes two stage wins and Claire and Bex a stage a piece. There is less than two seconds separating Thoma and Hassenfratz making for an exciting finish tomorrow. Mel Blomfield leads the Open Women's, Jonny Waghorn the Master's men and Byron Scott the Open Men. 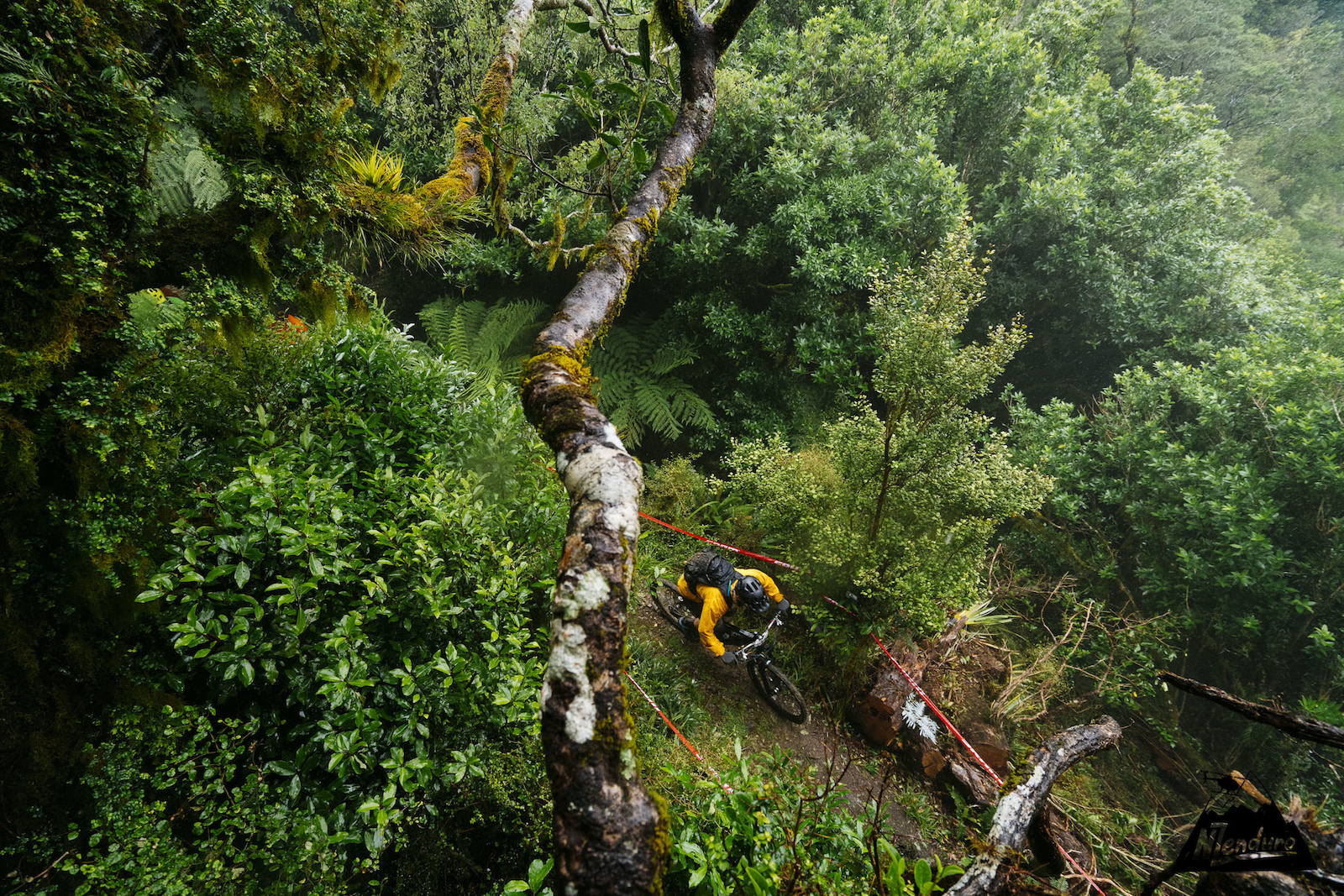 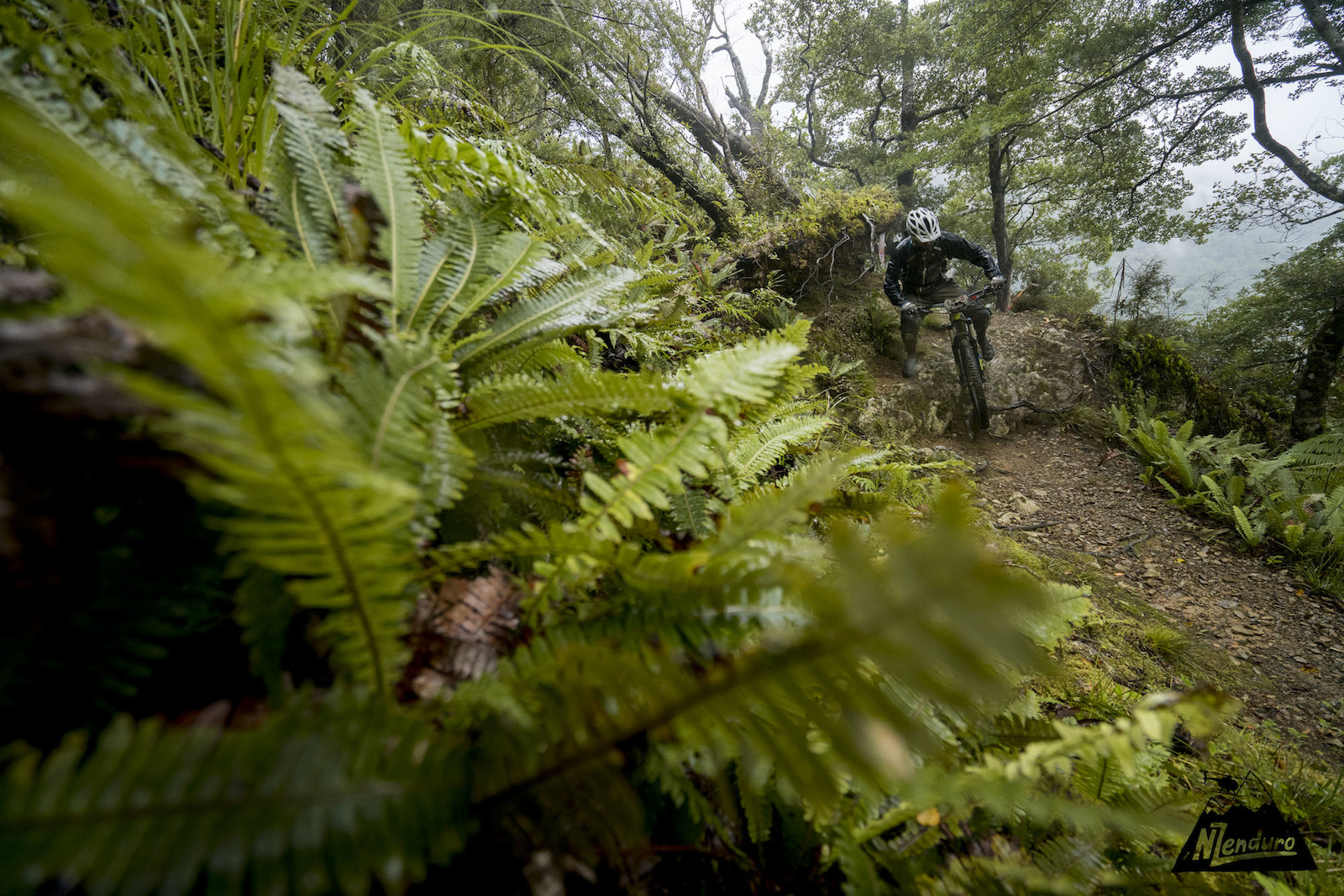 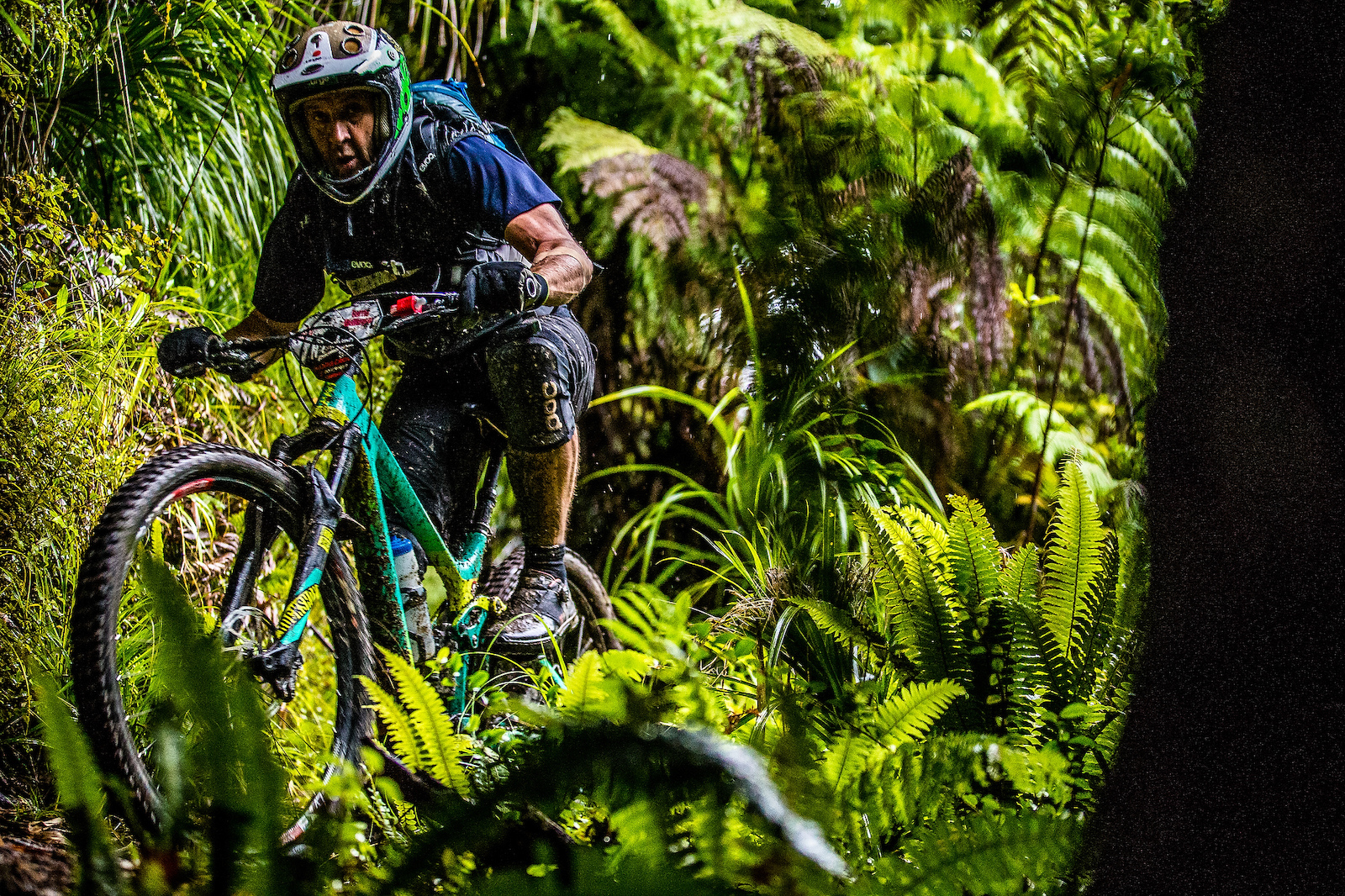 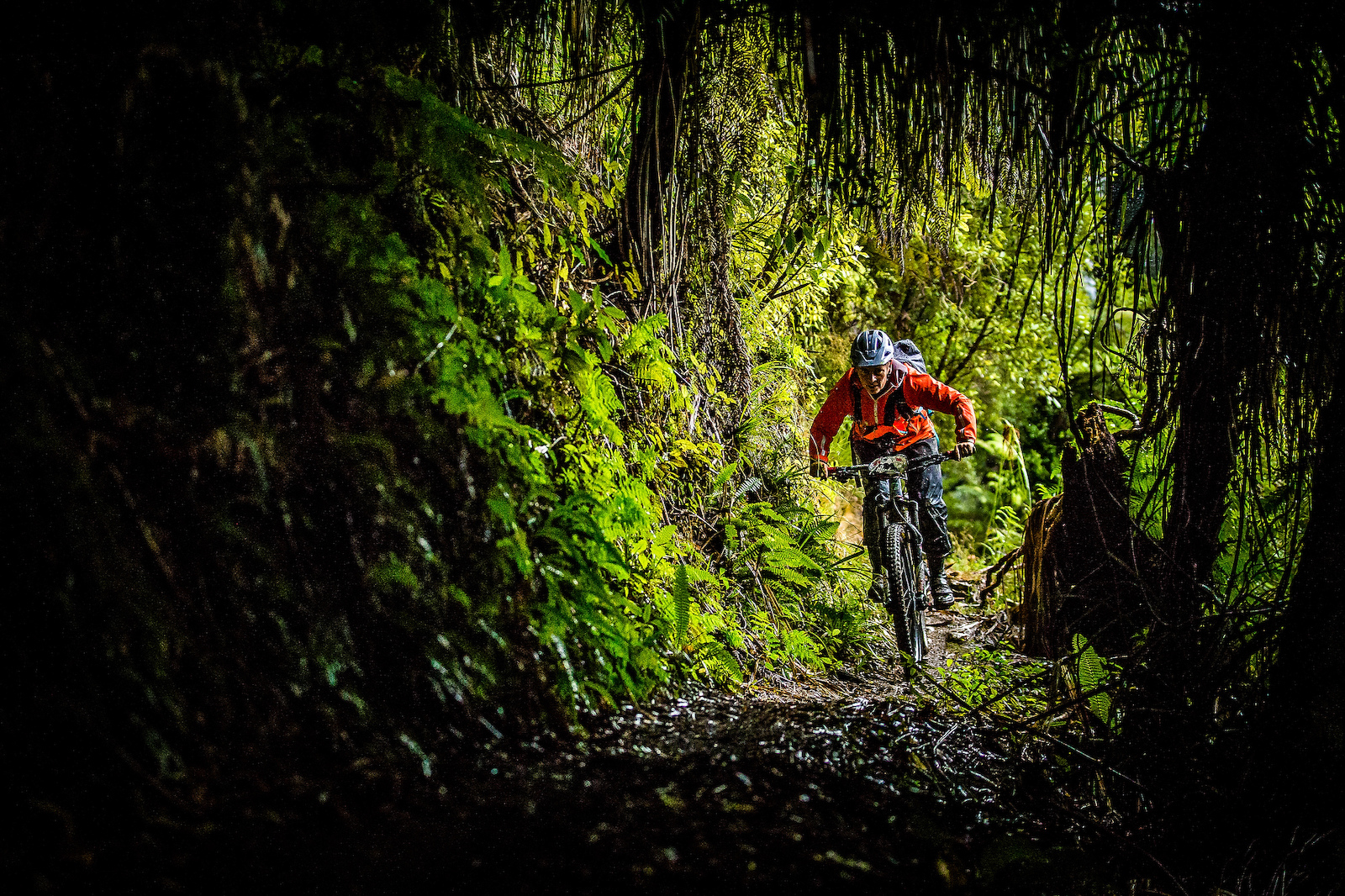 What a legend you are Anka Martin. Organizing, taking care of everything and riding in the hardest conditions just to be sure everything works well and everybody is happy. 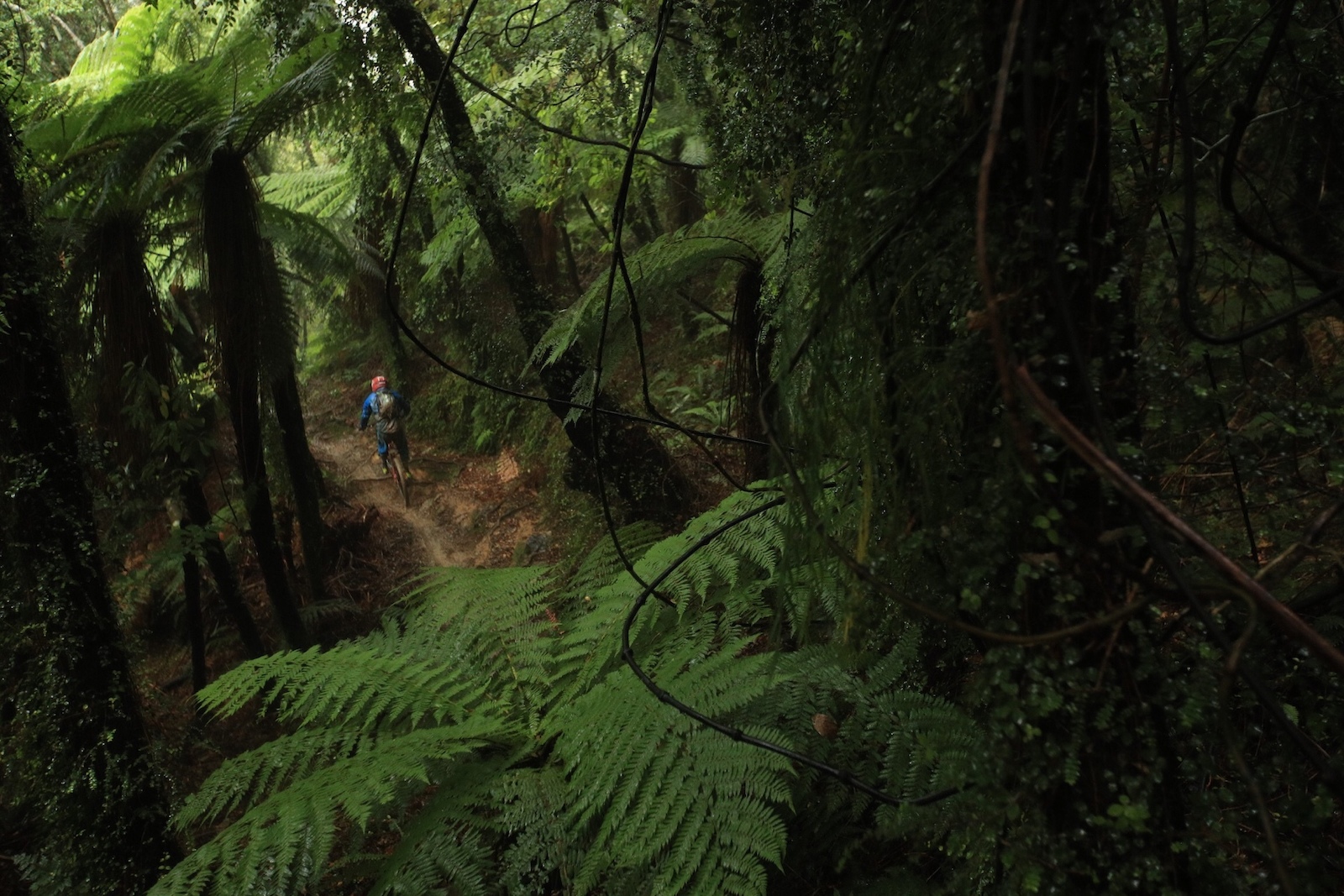 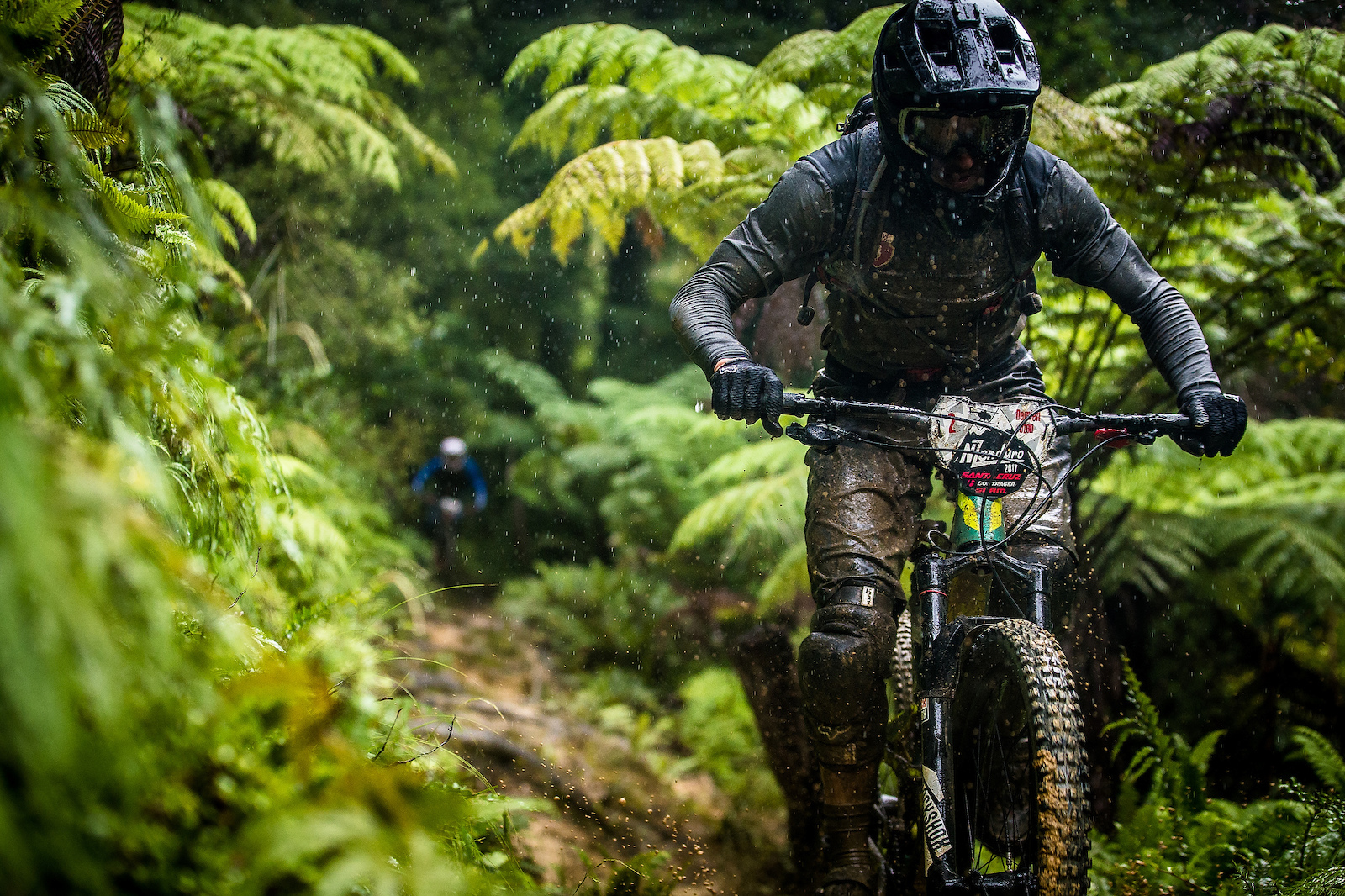 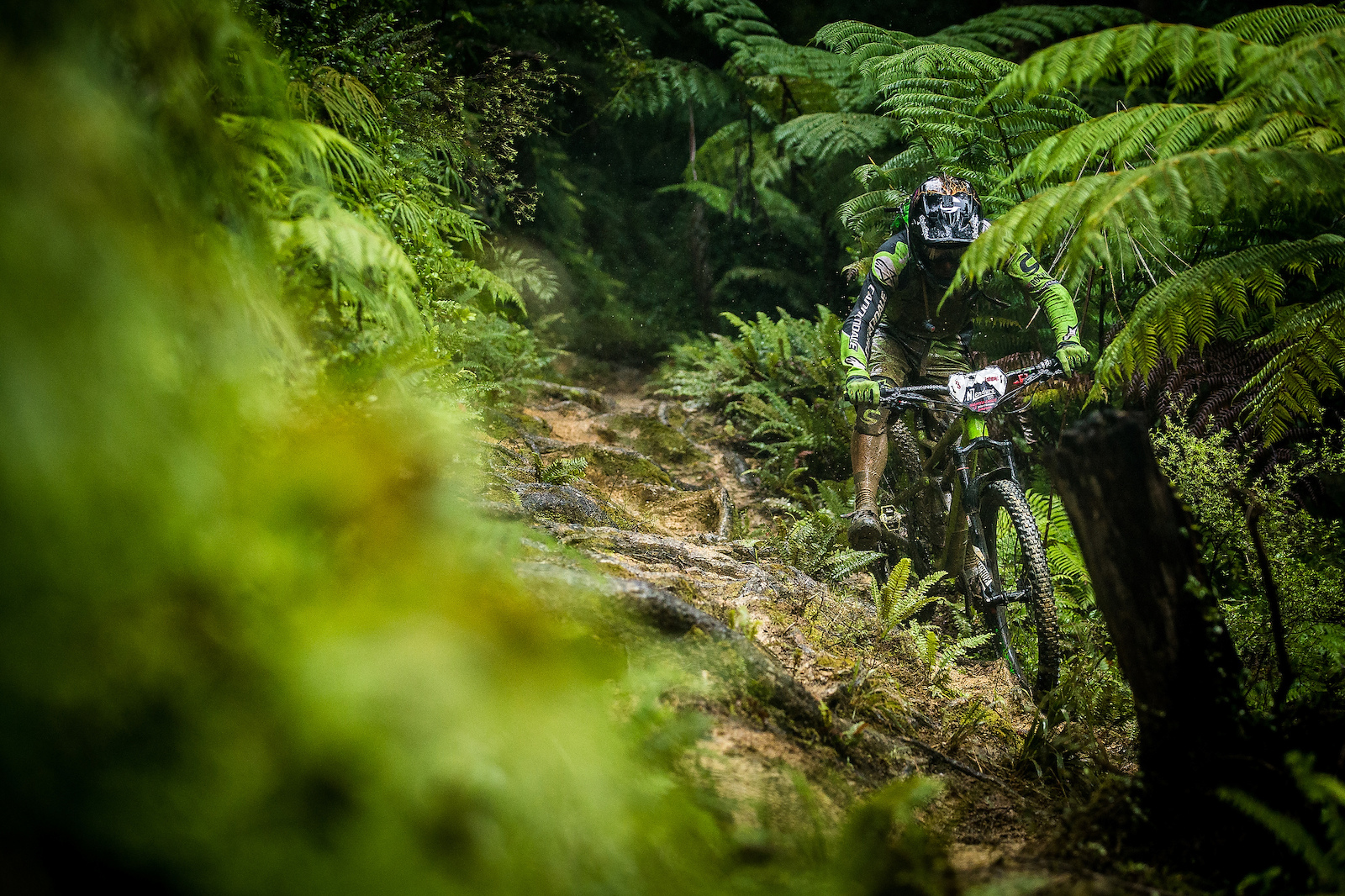 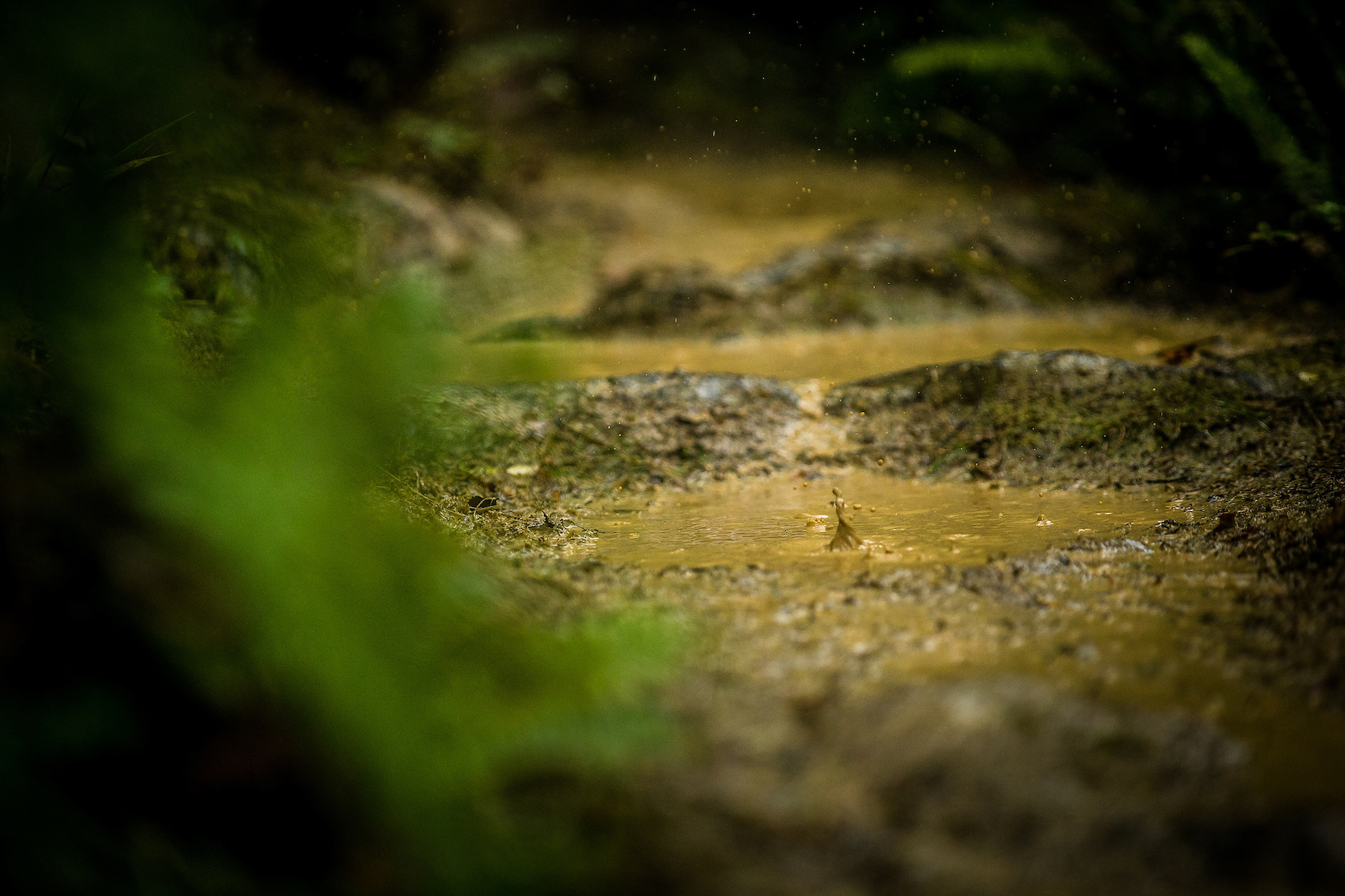 Actually it couldn't have got more wet and muddy today!
Tomorrow sees the racers take on the legendary fern-clad Wakamarina trail, although it less treacherous and intimidating than today's stages it does have hundreds of wet slippery rooty turns anything can happen. 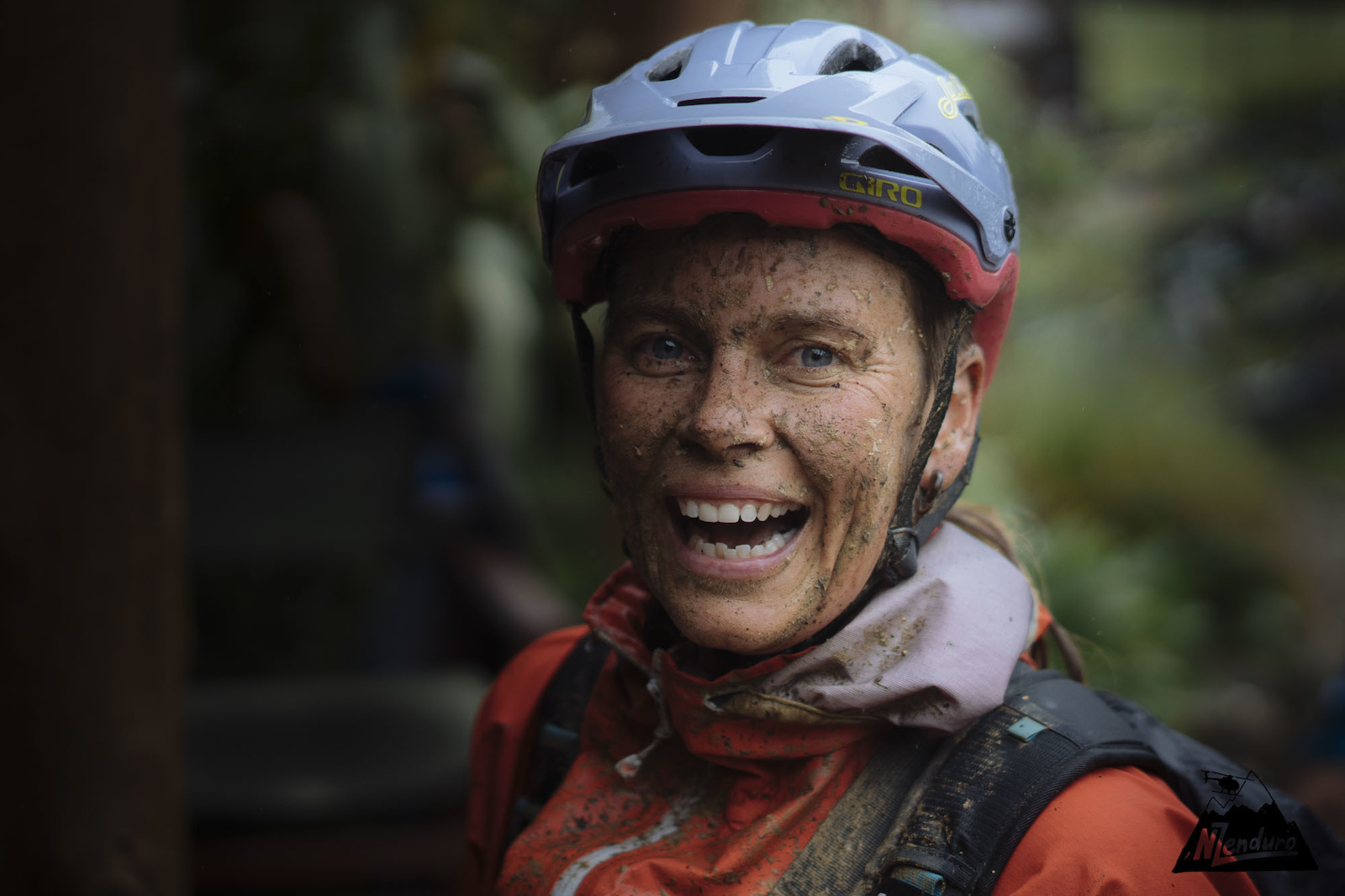 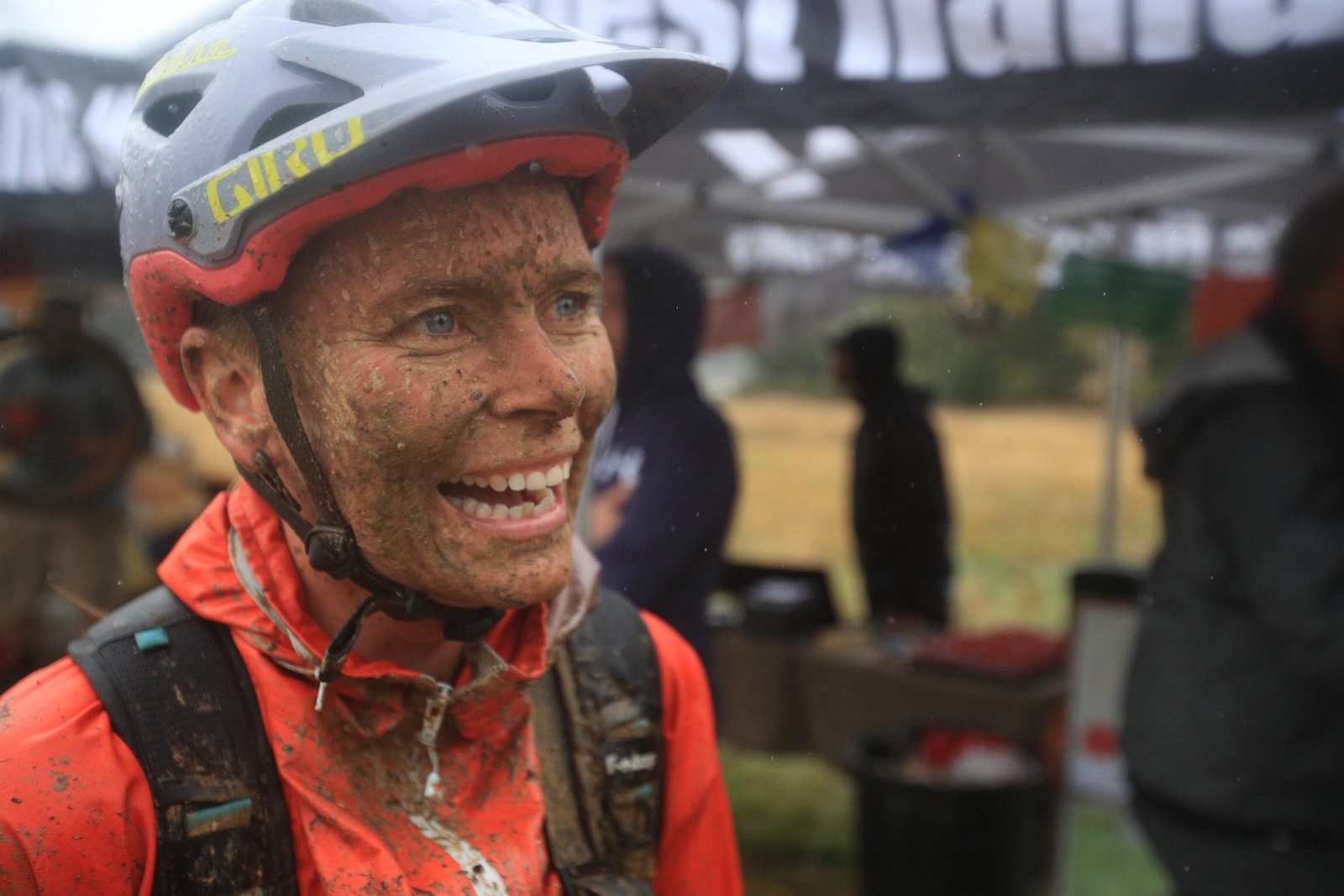 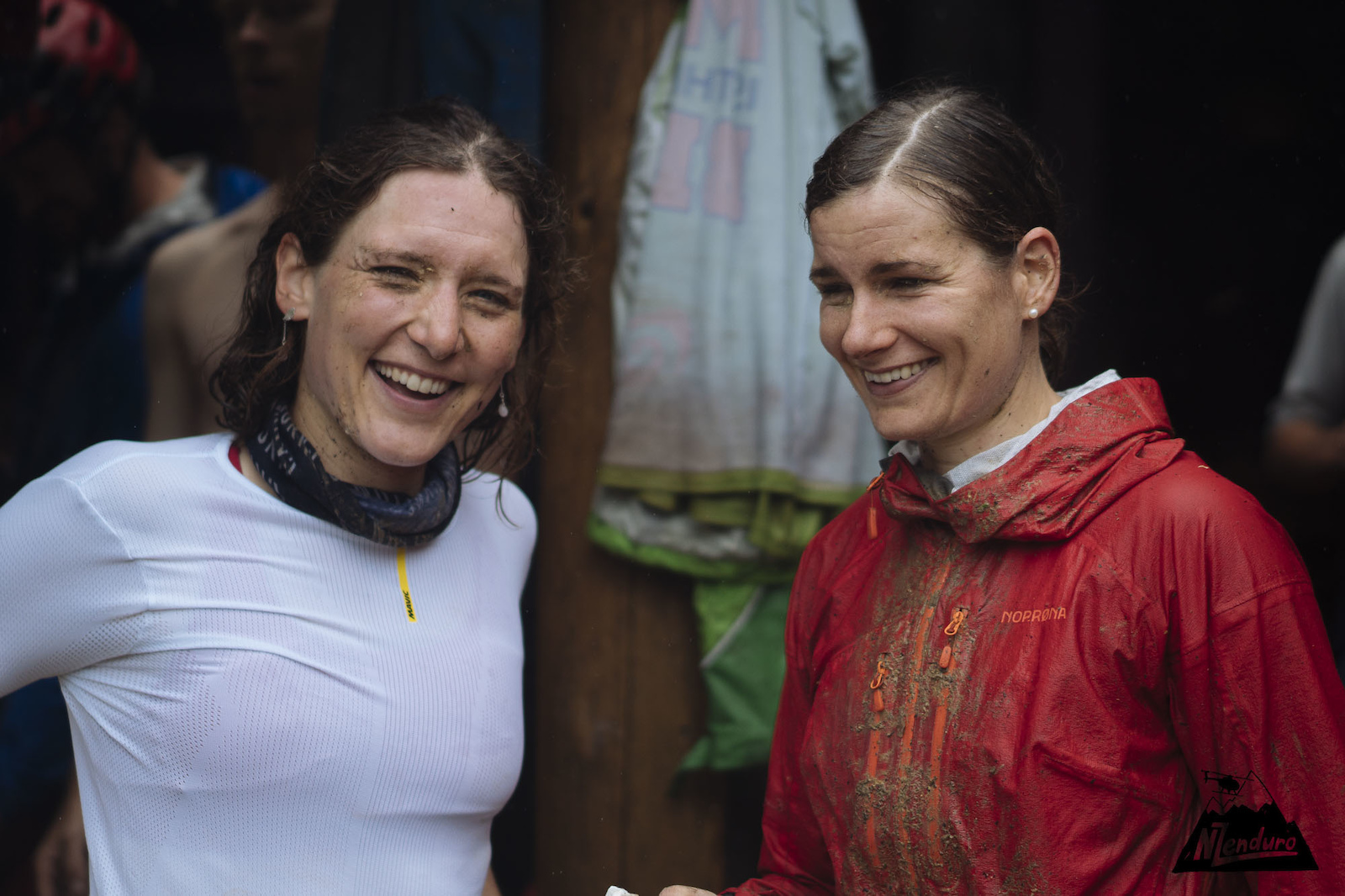 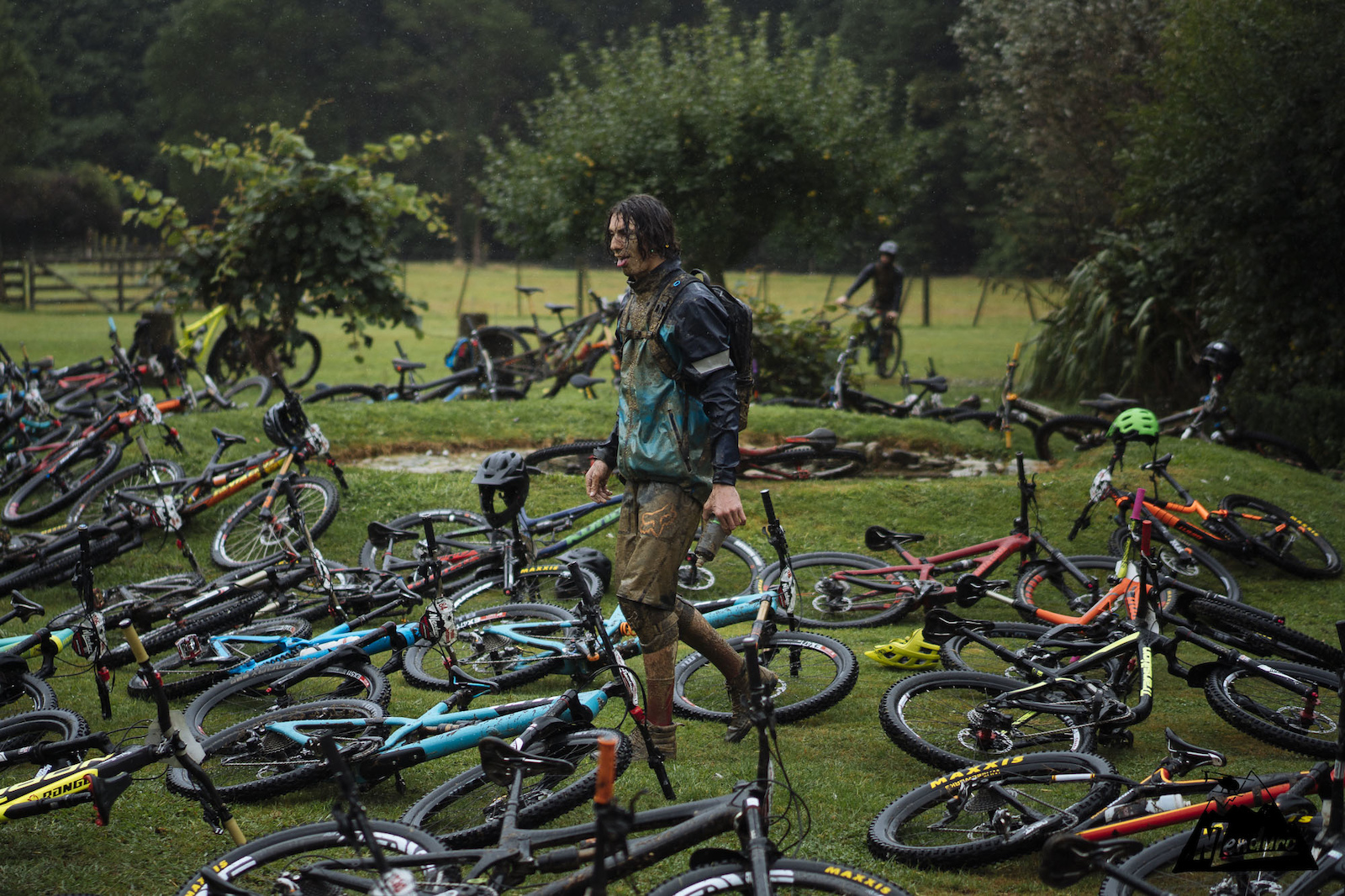 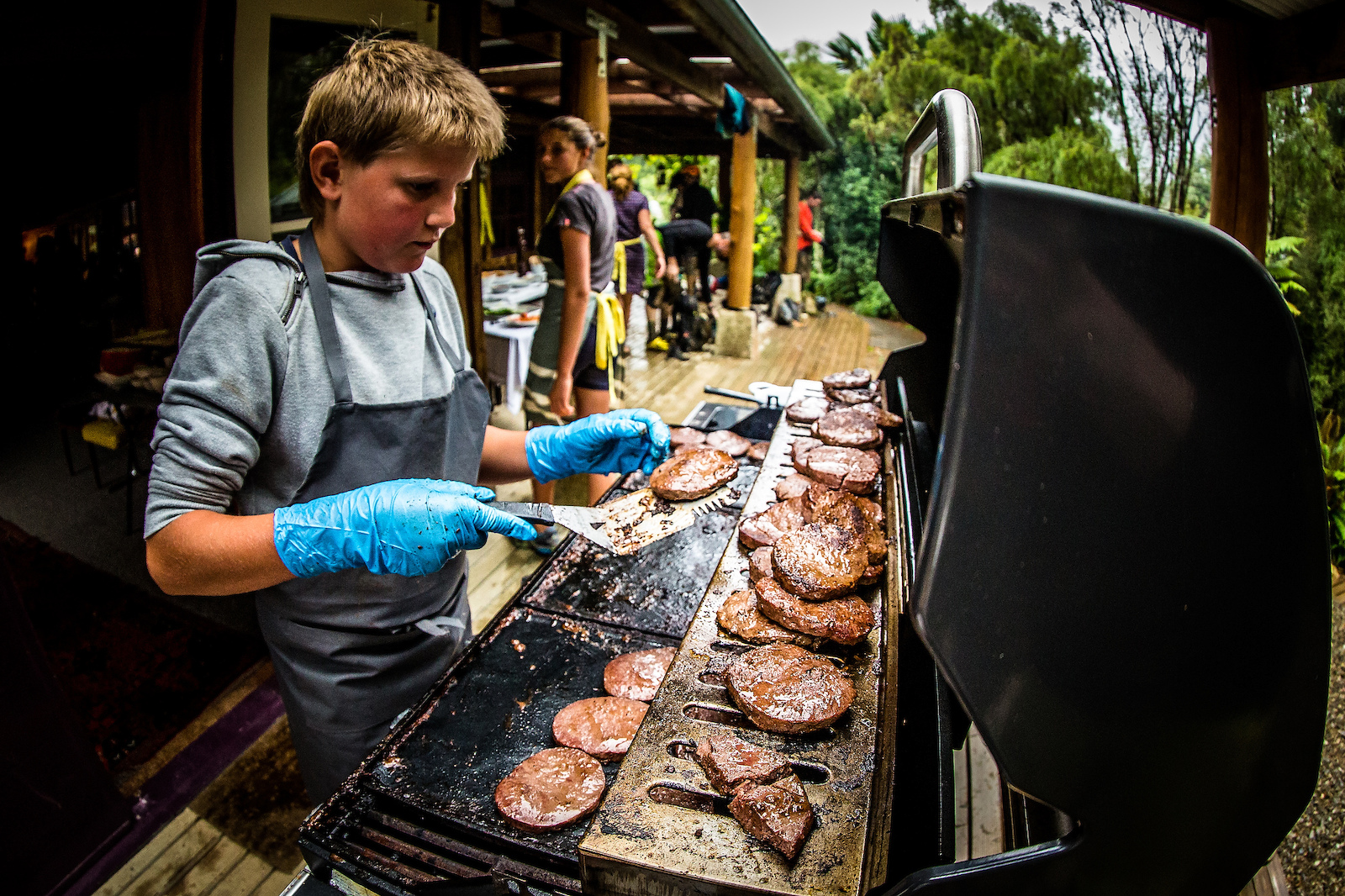 You don't have to be old to know how to grill tasty burgers! 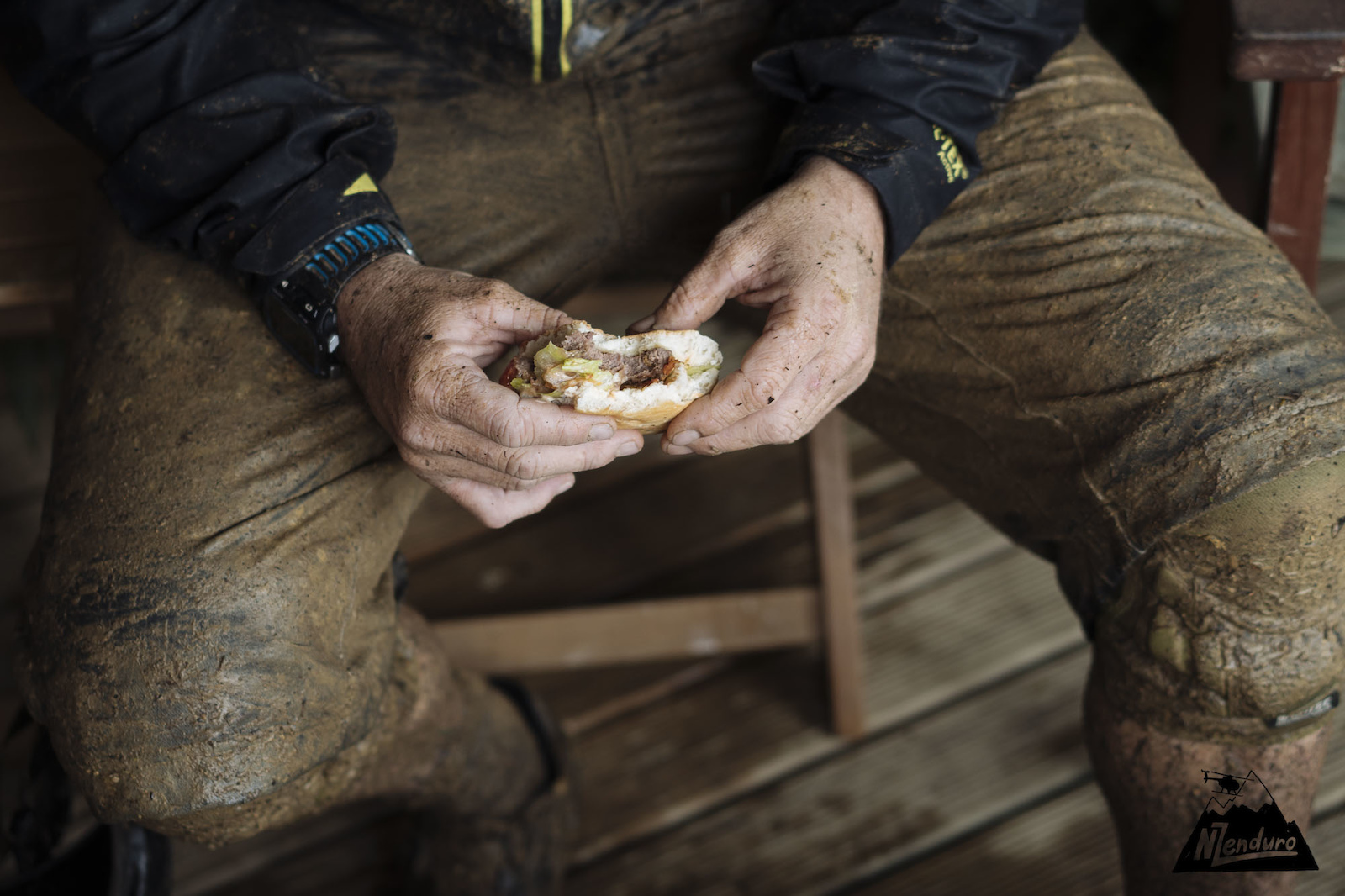 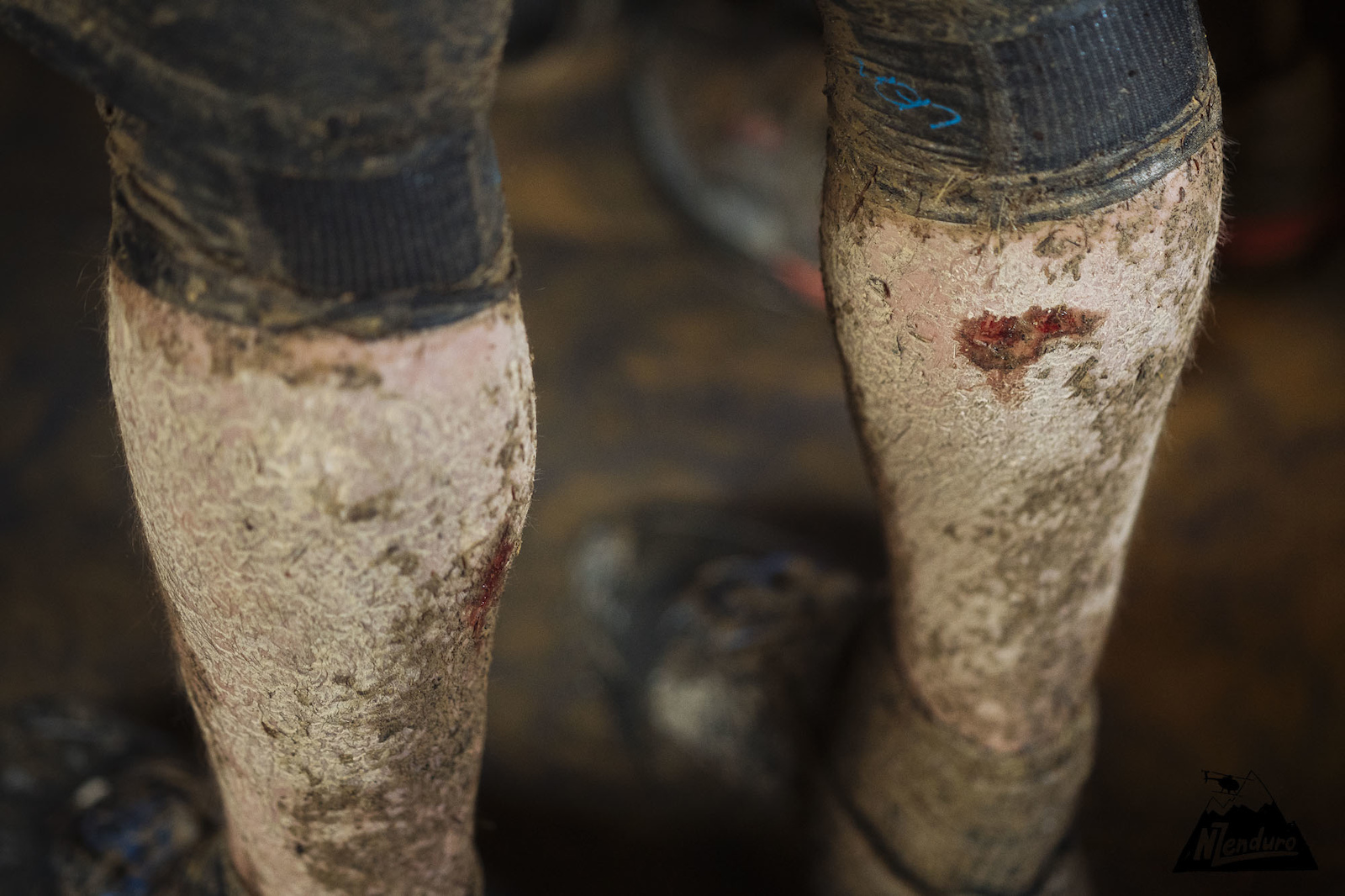 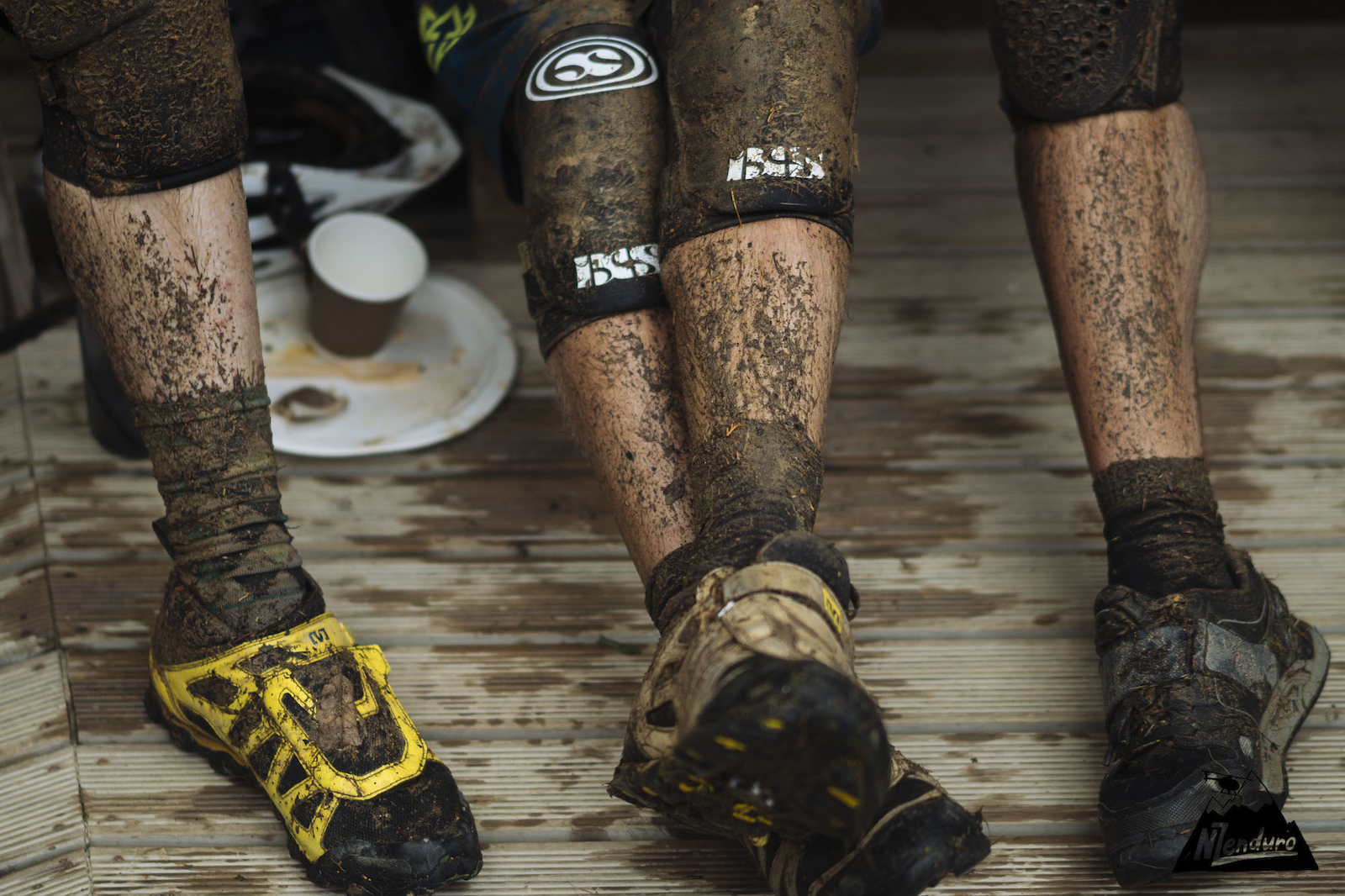 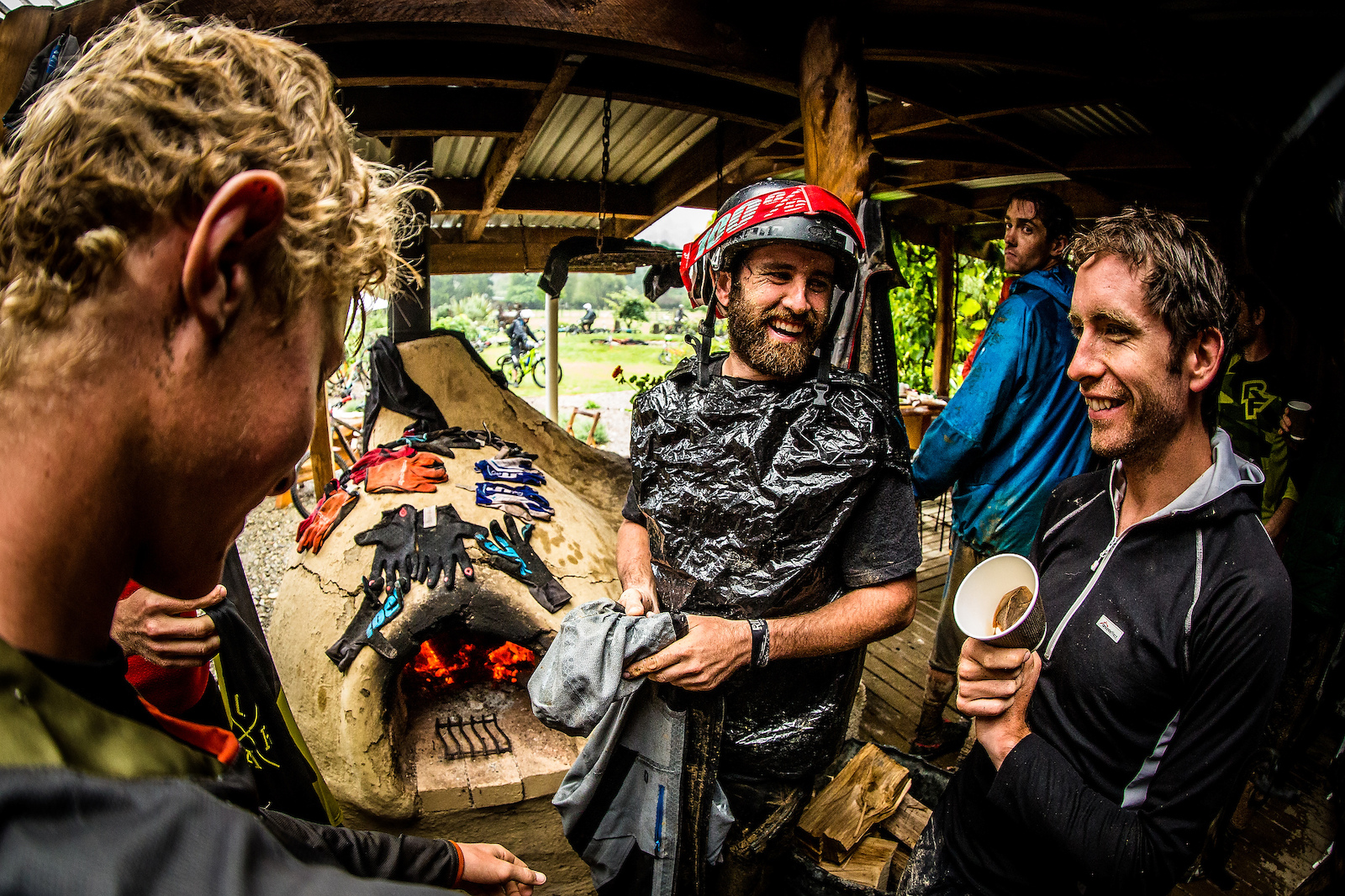 R-Dog please come to all events... doesn't matter if it's slopestyle, enduro or downhill. We need more riders like you! Maddog award for best vibe of the weekend!
Results Day 2.

HempMotto (Mar 11, 2017 at 17:45)
Hey racers! Heading to the North Island for the EWS in a fortnight? Stop by for Wellington's Enduro First Enduro next Saturday - putting Enduro First! Satirically themed, but serious racing, it's round three of the Welly Enduro Series and only $25, or $35 non-members. Check it out www.facebook.com/events/692643567573150 and enter on wmtbc.org.nz/event-2478927. It's OK if you don't know who Winston Peters is!

Dangerplums (Mar 11, 2017 at 11:38)
Still not sure if I dodged a bullet or missed something special this year. Nydia bay can be tough enough in the dry.

Were you mechaniking for the Santa Cruz team?

shmoodiver (Mar 14, 2017 at 0:08)
@KiwiXC: For everyone, but I saw a lot of Cedric and the SC team came and hung out in my workshop on the monday before the race, was pretty cool. I'm on the spanners for the Ibis team at the EWS round in rotos too.

resinrider (Mar 11, 2017 at 20:19)
Ya those burger paddies look weird...definitely not ground beef. looks like Spam, or Spork..some kind of corned beef. I bet it tasted like heaven after that days ride!!

multialxndr (Mar 11, 2017 at 23:03)
People don't really eat spam or spork or ground beef in New Zealand. They have mince but it is more minced meat as opposed to ground up cow bit they have in the usa

jptrialsin (Mar 13, 2017 at 8:19)
It warms my heart seeing that hardtail sitting there in a sea of full suspension bikes.

cgdibble (Mar 11, 2017 at 18:00)
The burgers I had in NZ were definitely stranger than what we think of as burgers here, but they were always awesome!