jamesp223 jamessmurthwaite's article
Dec 23, 2020 at 9:46
Dec 23, 2020
Phil Atwill & Gaetan Vige Part Ways with Cube Global Squad
Was pretty obviously incoming after they announced they wouldn’t be sending anyone to the last World Cup and Phil ended up doing it with his mate mechanicing for him! Took the team well over 24 hours to publicly congratulate on the result too. Not the best vibes for such a sound lad!

$1000 GBP
Splitting down my Nomad v4 to replace the frame with shorter travel. Standard scratches of a used bike, one decent scratch down the swing arm which I’ll get photos of at some point. I’m the only owner. Comes with a brand new set of bearings, which don’t need to be put in yet as it’s still running fine. RockShox Super Deluxe Air INCLUDED. I’m not trading it as I’ve bought a new frame, but will consider REALISTIC offers of cash. There’s warranty in my name which guarantees bearings and frame for life, happy to organise issues for you should they arise. Cheers.

$2400 GBP
Selling my Nomad. Far too much travel for me, majority of stuff I ride only requires short travel, this was mint in France and Italy, but a bit much for cannock chase hah. Fox 36 FitGrip Boost Rockshox Super Deluxe Air Renthal Fatbar Lite Renthal Apex Stem Shimano Deore XT Brakes Full Shimano Deore XT Groupset Fox Transfer Dropper post Burgtec Seat Shimano Deore XT Crankset and Bottom-Bracket Hope Enduro Wheelset on Hope Hubs Hope floating rotors 183mm Rear and 203mm Front Minion DHF-2.25 and DHR-2.4 The frame has a good few scratches, as it’s a mountain bike that’s been used for mountain biking, and isn’t a trophy I’ve kept in my shed. If that’s something that bothers you, go buy a road bike I have a fresh full set of frame bearings I will either put in before sale, or give you depending on how long it is until sale. Will fully strip and rebuild the bike myself beforehand. Serious offers only, not really into trades but mid-travel LARGE enduro bikes are your best shot. WILL CONSIDER SELLING THE FRAME, SHOCK, WHEELS AND FORKS FOR £1950. Message if you have any questions.

jamesp223 si-paton's article
Nov 17, 2019 at 9:35
Nov 17, 2019
British Cycling Announce Downhill National Championships and Series Dates and Venues
What an unreal track that was

jamesp223 edspratt's article
Apr 29, 2019 at 9:19
Apr 29, 2019
Angel Suarez Suffered Dislocated Shoulder in Maribor
I’d say he’s hyped because he’s an impressive athlete. He finished 9th at last year’s Mont Saint Anne WC round, which is arguably one of the toughest. He’s won Portuguese cups beating a multitude of World Cup riders, and he looks amazing on a bike. I’d say it’s realistic that the top 20ish elite men could carry the pace to win a World Cup, there’s just factors such as their fitness or their racecraft that hinder their doing so. However, all it takes is for something to click in an off-season, or for them to figure something out in their head regarding their racecraft, and it’s an entirely different story. I imagine people called Amaury Pierron ‘overhyped’ at some point too, he had a string of average results leading into the end of 2017 and look how his 2018 went, after something evidently clicked... I think it’s really unfair to sit at a computer screen and question why any athlete who takes on downhill at a World Cup level is being so hyped... He is being hyped because he’s an athlete at the highest level of our sport, and this is a site that aims to provide updates wherever possible on those very athletes. Well done PinkBike for reporting mountain biking news, like you aim to do, and well done to the PinkBike critics for ALWAYS finding a point of complaint.
Load more... 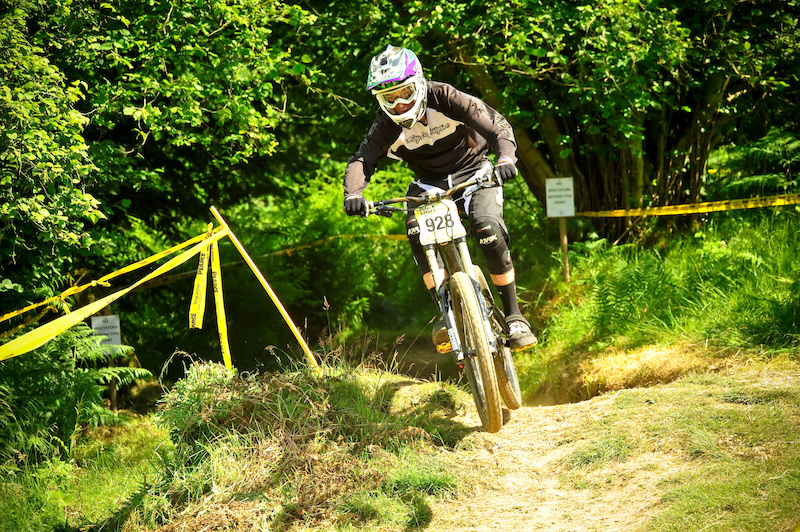 Josh Bryceland on the Downtime Podcast: The Story So Far
21 May 2018

Pre-Ride Yoga Warm-Up - Monthly Yoga with Abi
18 Apr 2018
You must login to Pinkbike.
Don't have an account? Sign up