After 2020's race season was decimated by the spread of the Coronavirus, the real Comeback of the Year should surely be racing itself. However, as 'racing' doesn't have a postal address, we'll have to award the gong to a racer instead. Comebacks generally involve injuries but don't forget the equally taxing mental fortitude it takes to overcome an injury and fight to be as fast as your peers once again. We aren’t writing this article to glorify injury but do believe that the strength of character shown by the athletes below deserves plenty of credit. Here are our nominees for Comeback of the Year.

Comback of the Year Nominees 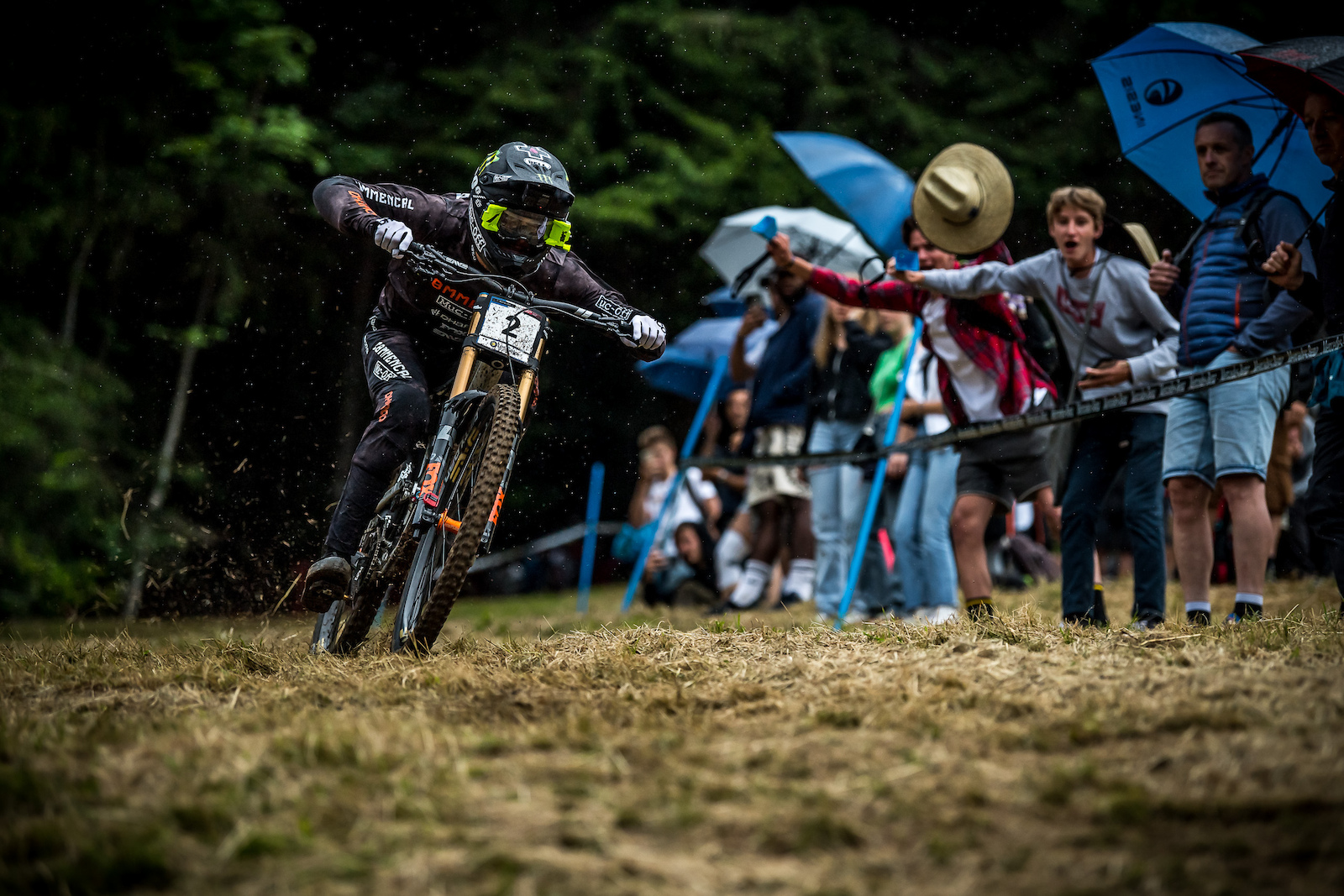 Less than a week before the Les Gets World Cup, Thibaut Daprela was being airlifted to hospital with his tongue split in two and his face battered following a crash at a French Cup race. With his tongue requiring stitches, Daprela spent the week subsisting on chicken and rice milkshakes and then exacerbated the whole situation by crashing again on the first day of practice.

It's undeniable that rain played a role in his victory but he still laid down a heater time despite the stitches coming loose in his tongue during the run. Some number crunching will show that, rain or not, Daprela was probably on for a time that would have challenged for the top spot. 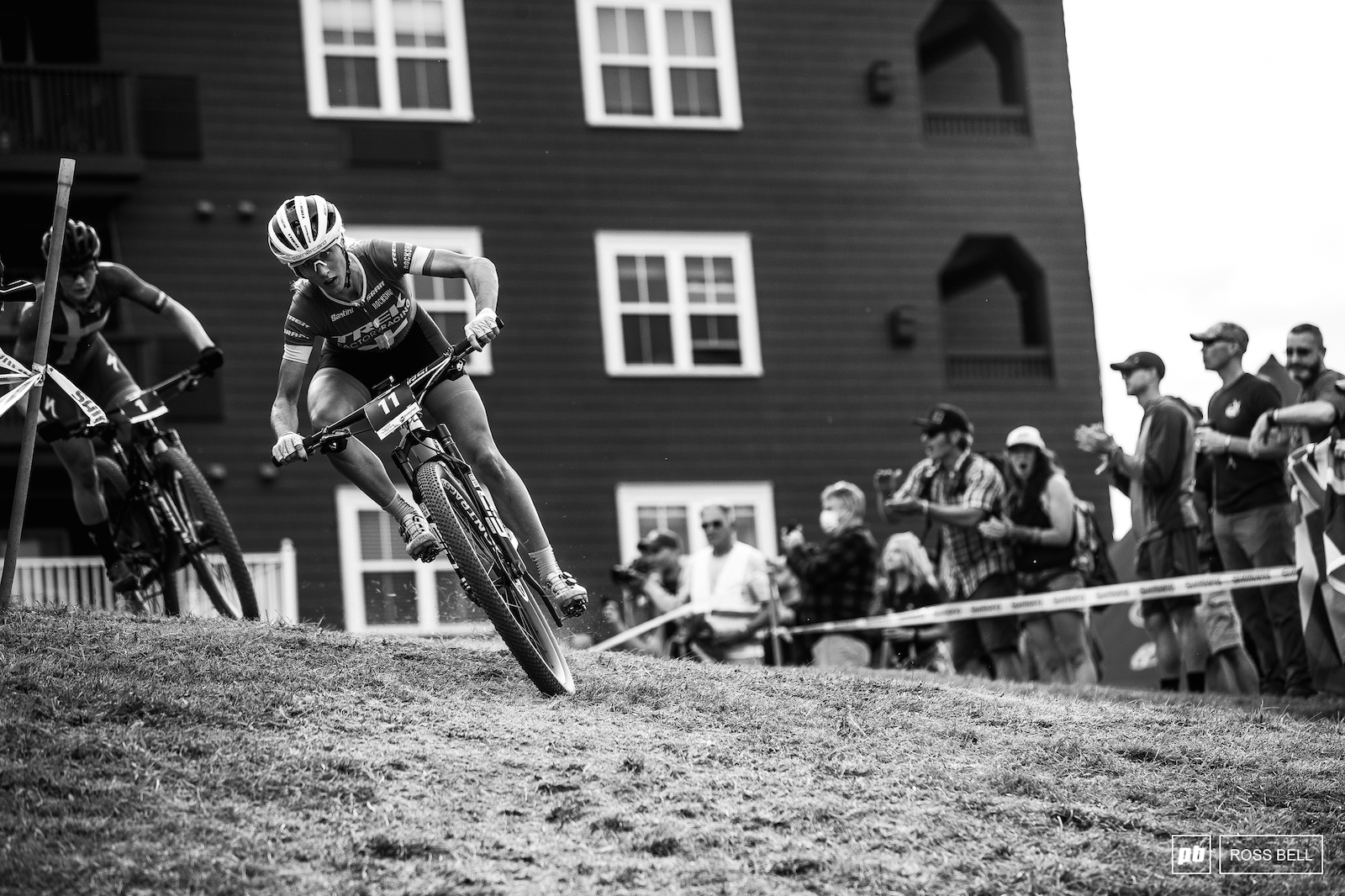 This is Jolanda's second consecutive nomination for the Comeback of the Year Award, simply because her return to the top has been stretched over two years of racing. Neff did well to be even riding her bike at World Cups last year following her near-death experience in the Pisgah woods but what she achieved this year eclipsed even that.

She started the year slowly, first struggling with a high pollen count in Albstadt then having to work her way through the field at the subsequent round in Nove Mesto. However, Neff had a bigger goal in mind. She spent the off-season focussing on technical riding and it paid off where it mattered most, at the Olympic Games. Building up the Olympics, Neff picked up a podium in both the XCC and XCO at the Leogang World Cup but a crash not captured on camera left her with a broken hand. She didn't let this dampen her dreams though and recovered quickly in time for the Olympics. When it came down to it, Neff was unstoppable on the Japanese course and led home a Swiss 1-2-3 sweep of the medals. 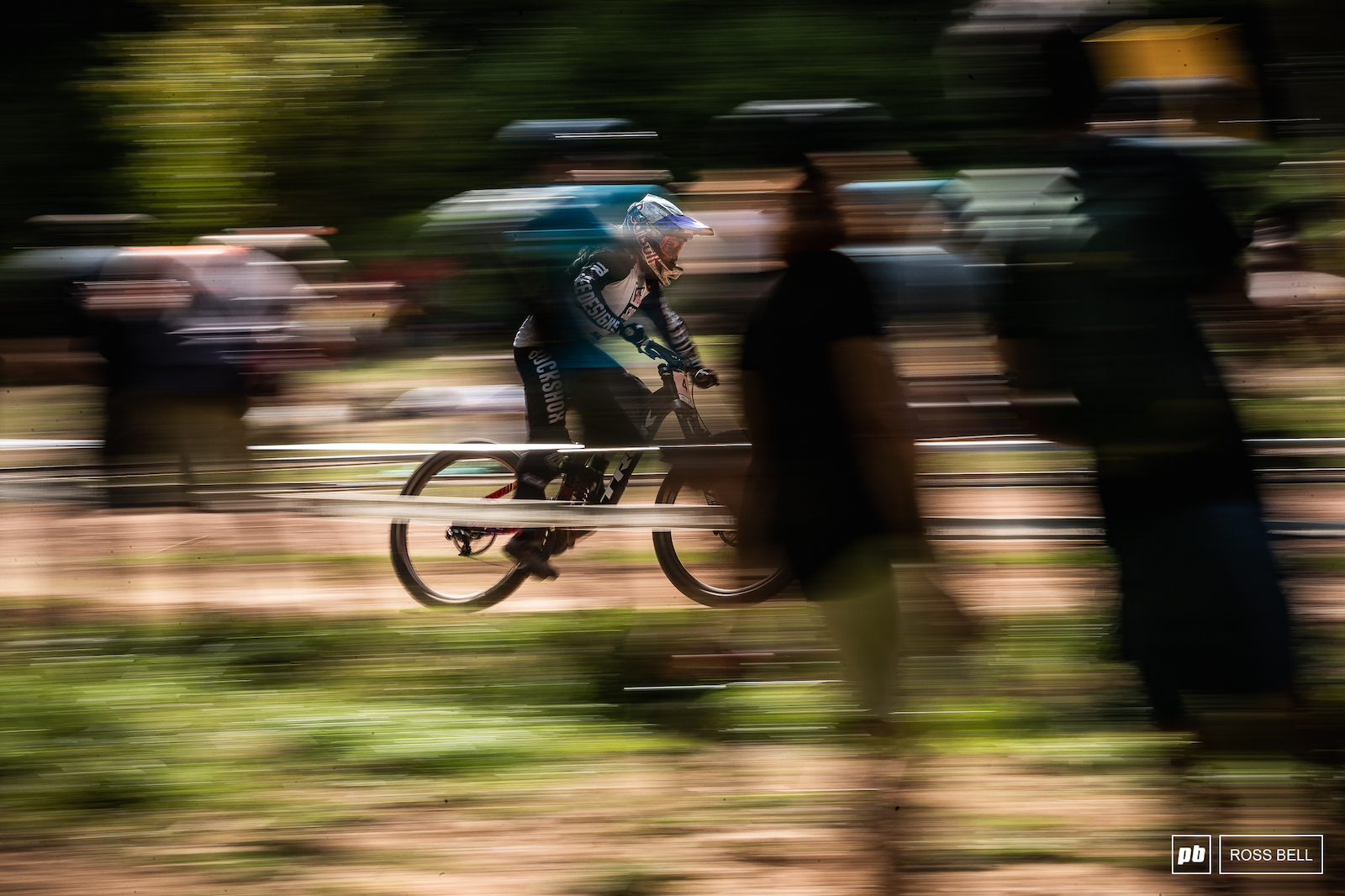 
Why she's nominated
With the expectations piled on Vali Holl when she first came into the elite ranks it would have been impossible for her to match them. Winning every race? "Well, of course, that's Vali Holl." In reality, her adjustment took a bit longer than people might have expected. An injury at the World Champs scuppered her 2020 season and then she came in 2021 with expectations high once again.

While Holl was fully fit, she seemed to be struggling mentally with the pressures of racing. On more than one occasion, final corner crashes cost her strong results and she was struggling to find even the podium in the middle of the season. However, there was no doubt that she was blisteringly fast. Qualifying domination kept her in the title race and then in Snowshoe she was able to put her demons to rest, recording back-to-back World Cup wins and snatching the title out from Myriam Nicole's grasp. 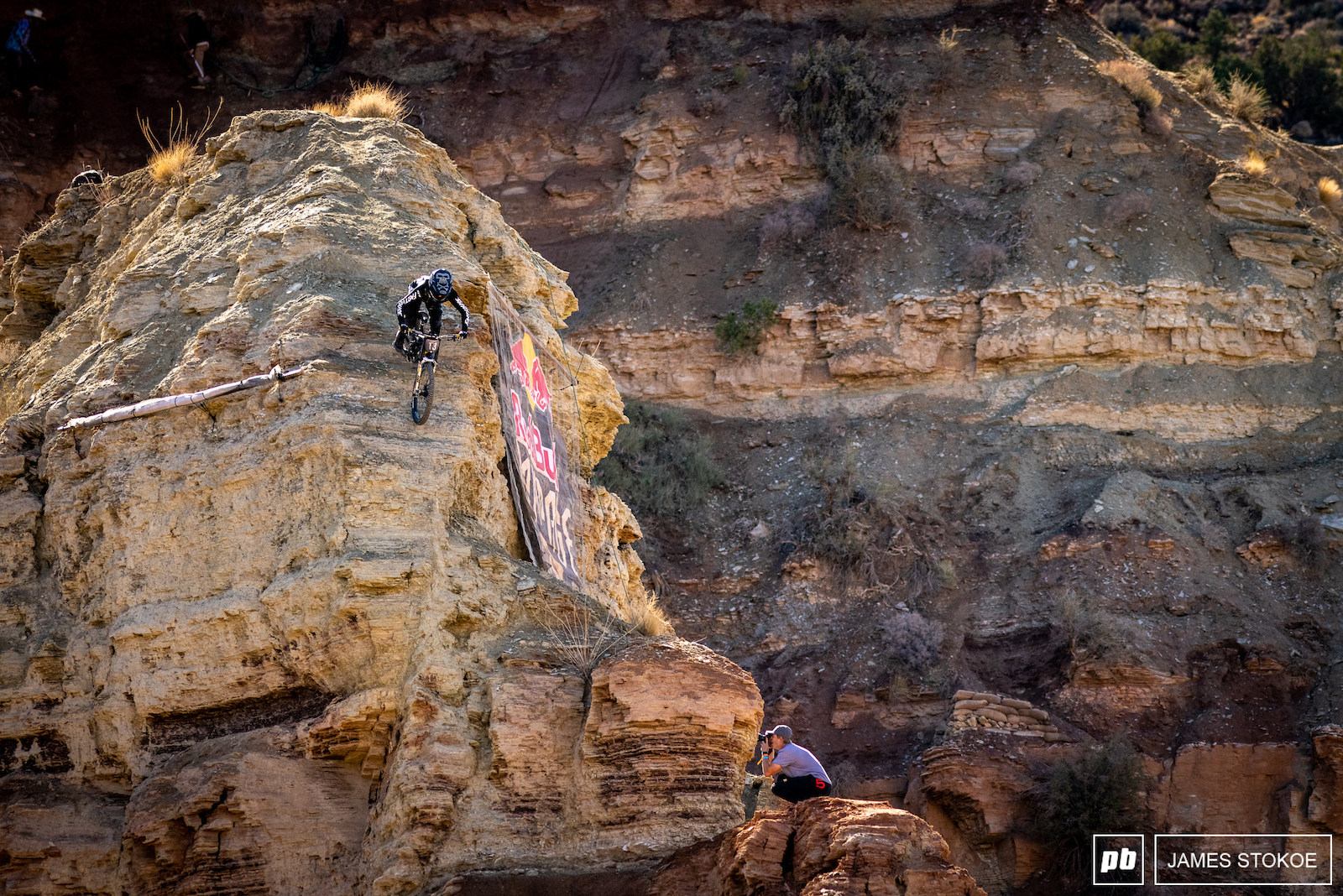 When Tyler McCaul moved to Southern Utah to help prepare himself for Rampage, he couldn't imagine what a purgatory it would turn out to be. After he earned his best-ever result of fifth at the 2019 event, he spent the next 16 months on the couch rehabbing a brutal ankle injury.

Slowly but surely he began to work his way back to fitness with an eMTB to help him ride without his usual leg power until he returned to Rampage once more. Despite being off the bike for nearly a year, McCaul equalled his best-ever result from 2019 with a run that included big flips and high consequence suicide no-handers.

ESKato (Dec 19, 2021 at 12:59)
I’d like to see the comeback (oh wait no introduction) of a proper concussion protocol. And less glorification of recklessness of a rolemodel others shouldn’t follow.

Cameltoby (Dec 19, 2021 at 13:46) (Below Threshold)
@ESKato: Are you a doctor? Or more precisely, Thibaut's doctor? If not, your comment has nothing to do with this topic

Dangerhill (Dec 19, 2021 at 13:47)
Katy Winton should be an honorable mention. She may not have won anything but she hung in there when the industry basically wrote her off.

jtorrento (Dec 19, 2021 at 16:56)
Bulldog. He may not have won races like Depraela this year but there was real wonder if he'd ever even walk again, and within a year and a half was riding downhill at the highest level again. Certainly the most inspiring for me.

sspiff (Dec 19, 2021 at 17:41)
Jolanda timed her comeback so perfectly that not even a broken hand a few weeks out let anyone get even close. Legend.

oscarlangley (Dec 20, 2021 at 2:18)
I'm no XC fan, but it's got to be Jolanda Neff. She went from a potential career ending injury to top of the Olympic podium.

tacklingdummy (Dec 19, 2021 at 13:37)
I'd say McCaul. Being off the bike for a year is brutal enough, then coming back to form is definitely an amazing feat.

chakaping (Dec 20, 2021 at 1:49)
Did Vali "snatch the title from Myriam" or did Myriam concede it through bad luck? Bit of hyperbole in the above article (no disrespect to Vali, and I believe it was obvious that was not how she would have wanted to win).
Looking forward to seeing the most-competitive women's field ever in 2022.

handynzl (Dec 19, 2021 at 15:43)
How is learning to race in Elites in your first year a "comeback". I'm sure there is someone out there that actually did have to make a comeback due to injury far more deserving of nomination.

chilakill (Dec 20, 2021 at 8:17)
comeback of the year @JonnaJohnsen from team Mondraker!
Got cleared from cancer in february, raced in april, raced the full EWS tour, crankworx and a UCI DH World Cup in Leogang, also finished Enduro National Champion in Mexico!

SprSonik (Dec 20, 2021 at 11:38)
Holl...she is an amazing young rider who managed to shrug off a rough start and live up to, or exceed, the hype! Looking forward to seeing her grow as a racer. She beat my second favorite female rider this year, and if she keeps it up, I want to see her give Rachel A a run for the money as the best DH racer around.

korev (Dec 20, 2021 at 6:47)
Tom Pidock? He got hit by a car breaking his collar bone and then went on to win Olympic gold less than two months later

peterknightuk (Dec 20, 2021 at 14:13)
Tom Pidcock not mentioned? 2 months before winning gold at the Olympics he was in hospital having surgery on his broken collar bone.