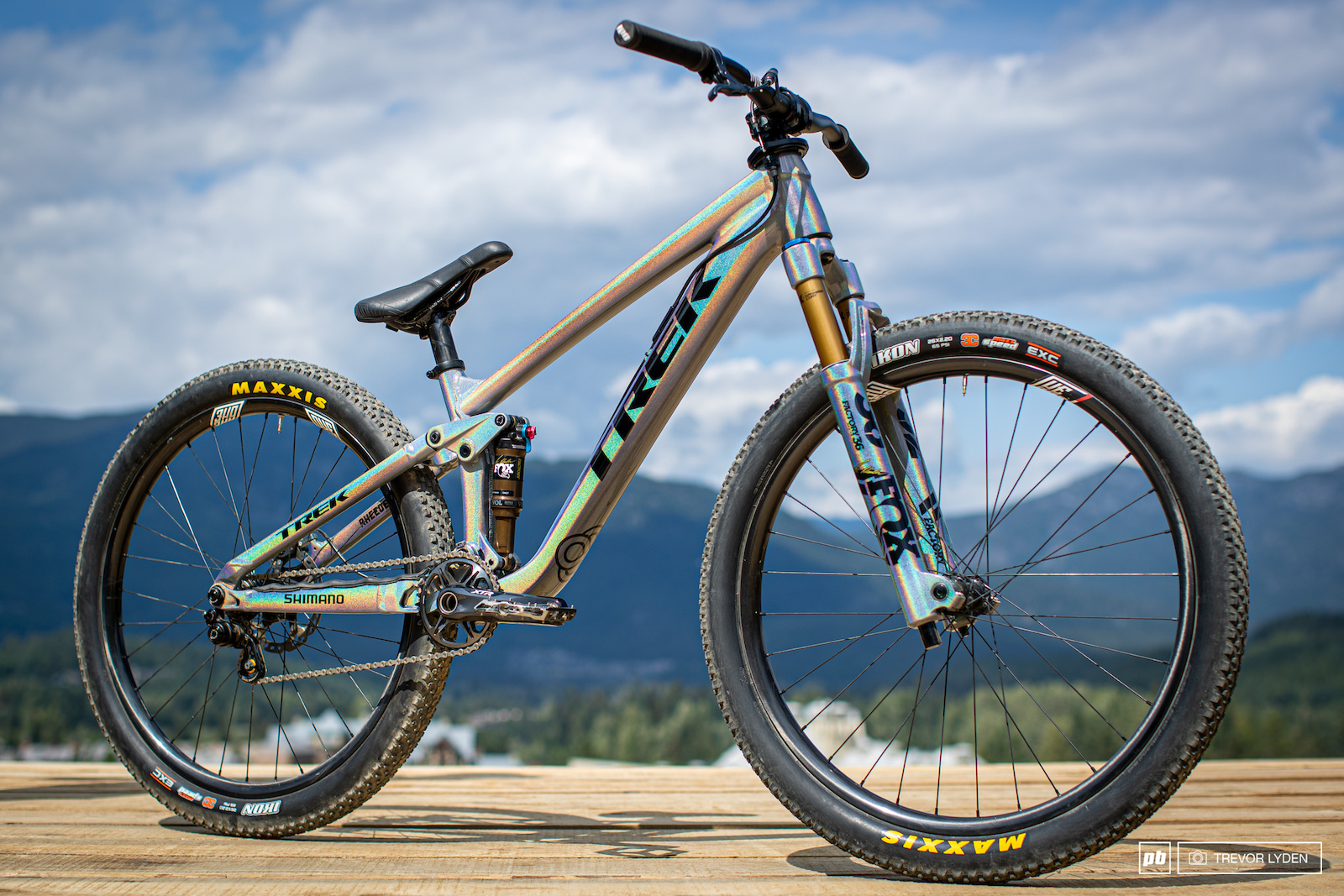 BIKE CHECK
Brett Rheeder's
Trek Ticket S
Photography by Trevor Lyden
Brett Rheeder comes into Whistler on the hunt for the Triple Crown of slopestyle and he's hoping the same custom geometry frame that he piloted to a staggering win in Austria will be lucky for him again. Trek have specially made him this alloy Ticket frame with a longer top tube, steeper head angle and lower bottom bracket, they have also shaved 200 grams off the weight of the standard frame for Brett's custom bike. The idea was to create a bike that could compete with the agile hardtails being ridden by Rogatkin, Godziek and more and, going by Rheeder's results this year, it has worked so far.

Alongside working with Trek on the bike, Brett has also been developing his own components under the Title name. This means everything apart from the wheels, drivetrain and suspension on this bike has come from Brett's head, making it a truly personal ride. 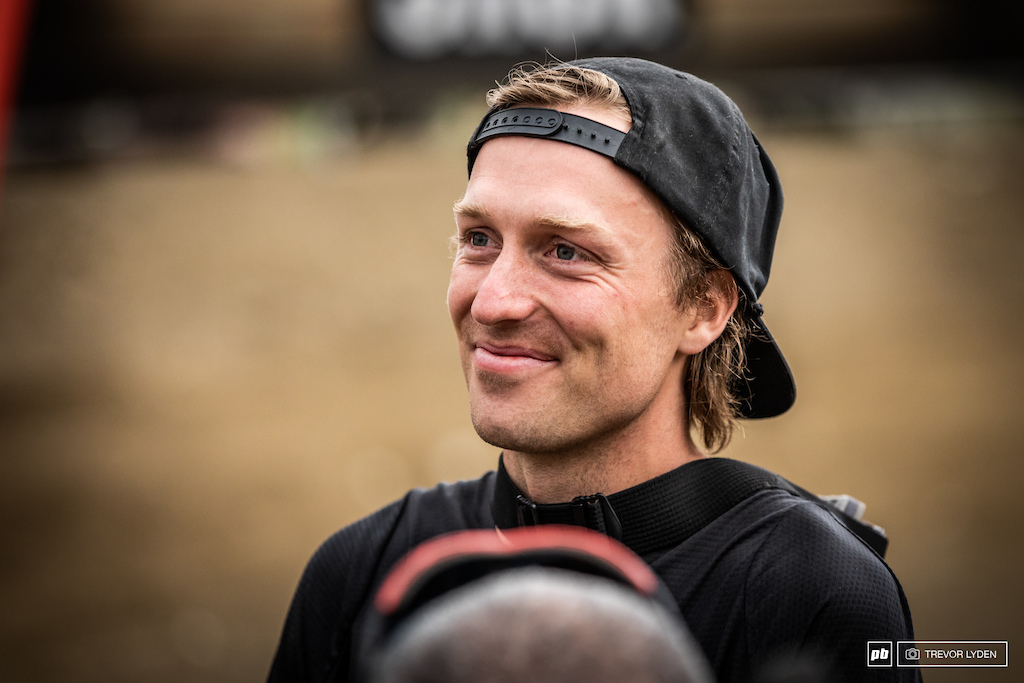 Rider Name // Brett Rheeder
Age: 26
Hometown: Mount Albert, Ontario
Instagram: @brettrheeder
Brett says he's not the biggest fan of this course at the moment, but windy conditions all week have meant that practice has been fairly minimal for the riders. He's hoping that some clearer weather will allow him time to work out his tricks and get ready for the big event later today. Let's take a closer look at the dazzling bike he's going to be aiming for glory on: 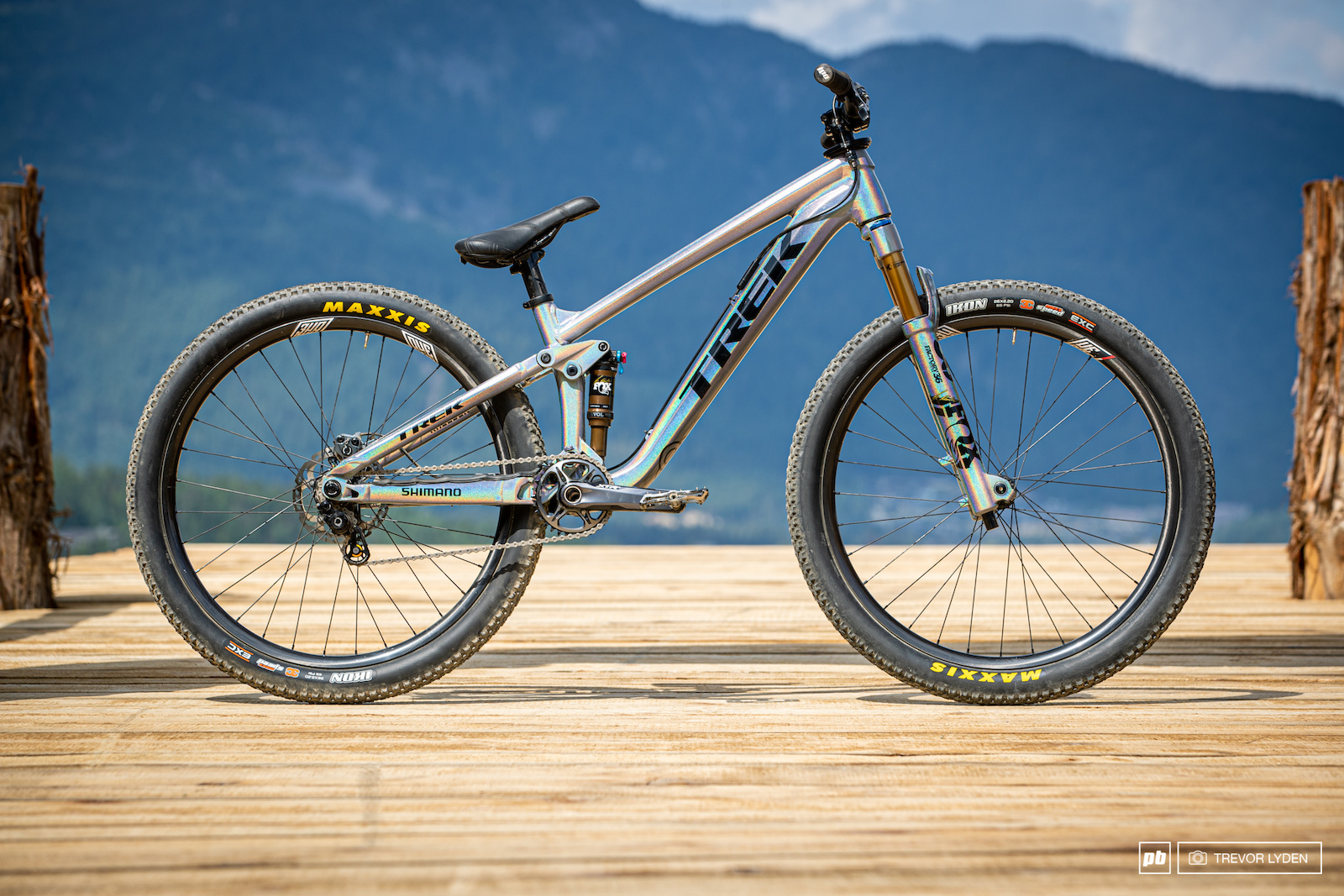 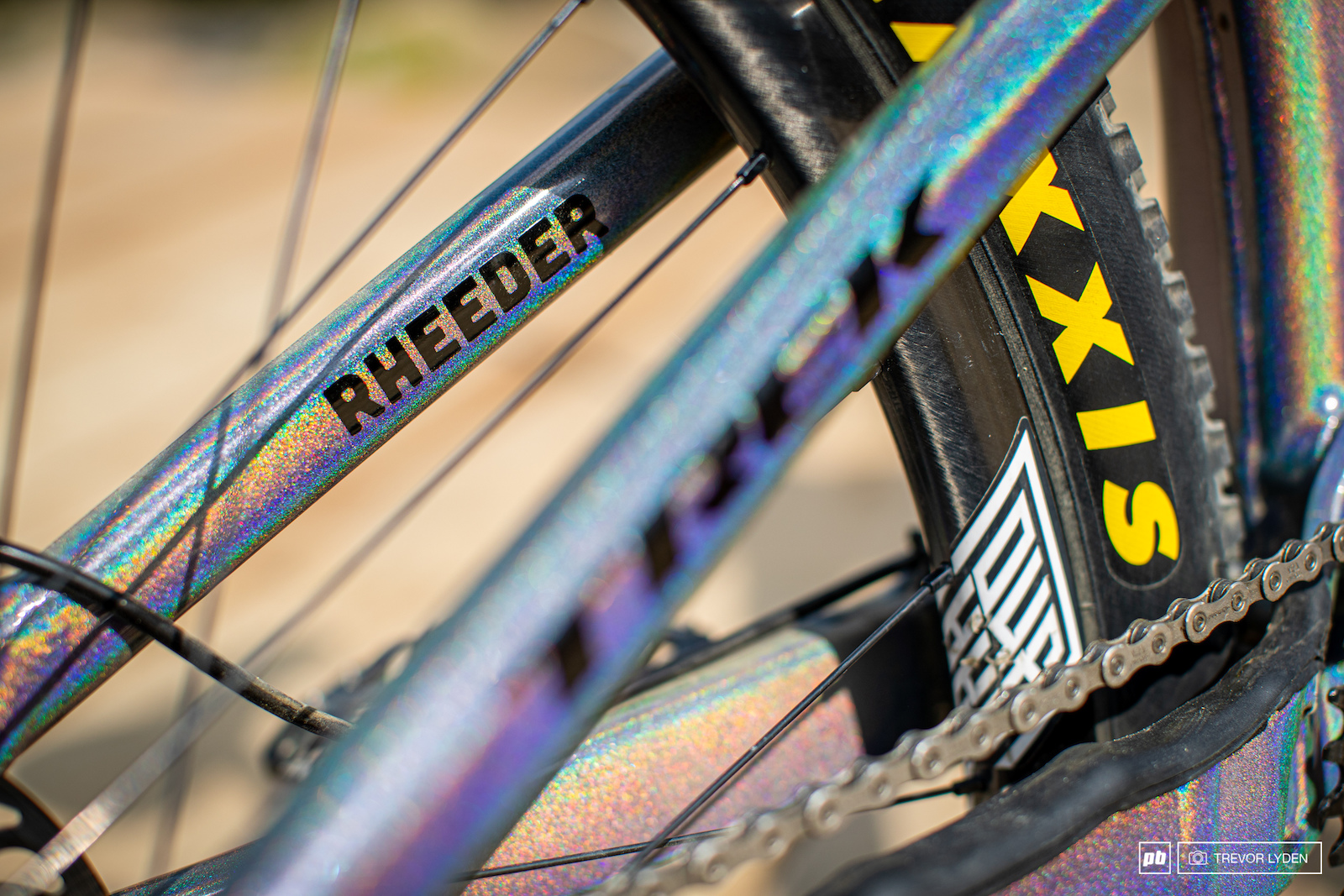 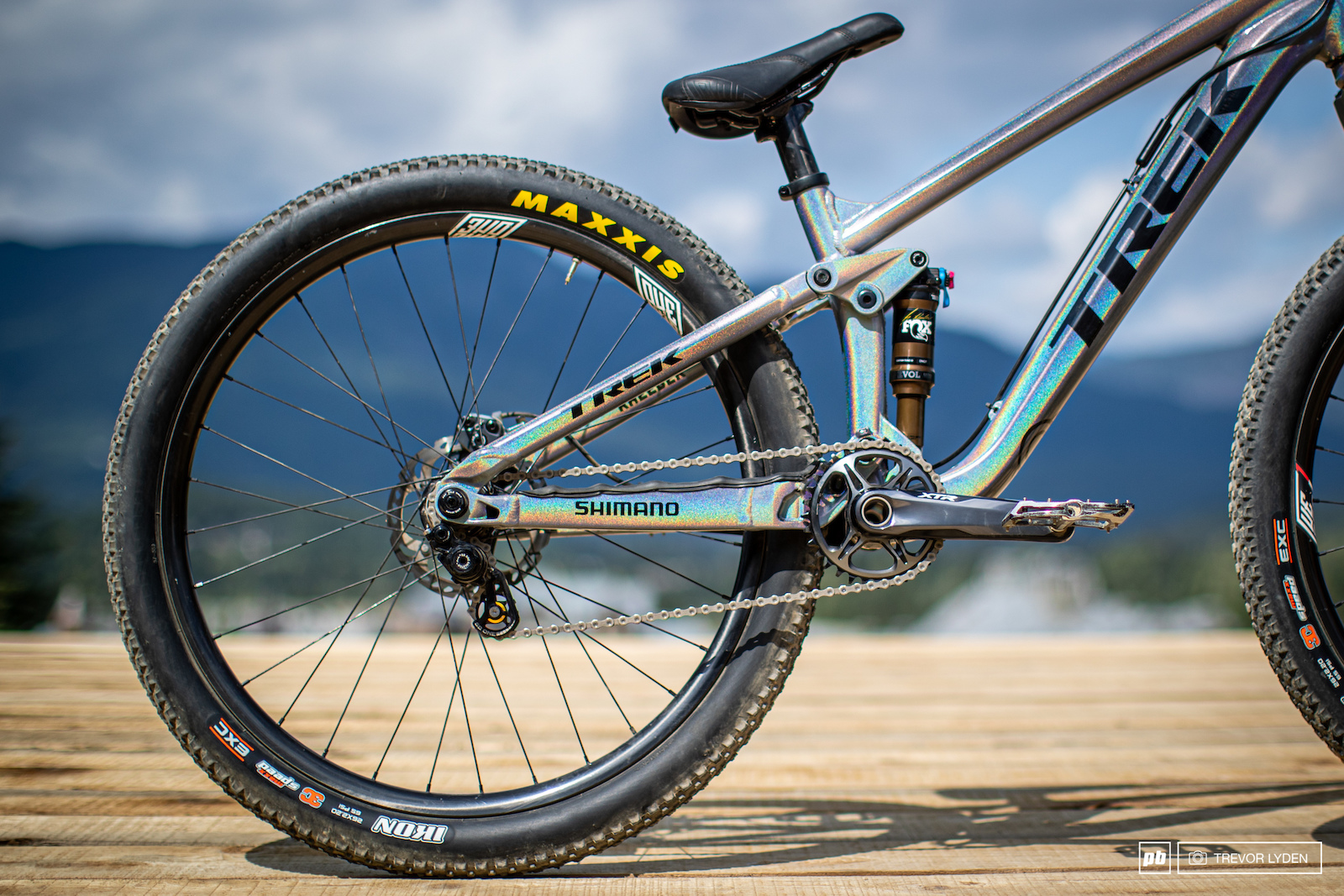 The new Ticket back end pumps out 85mm of travel. 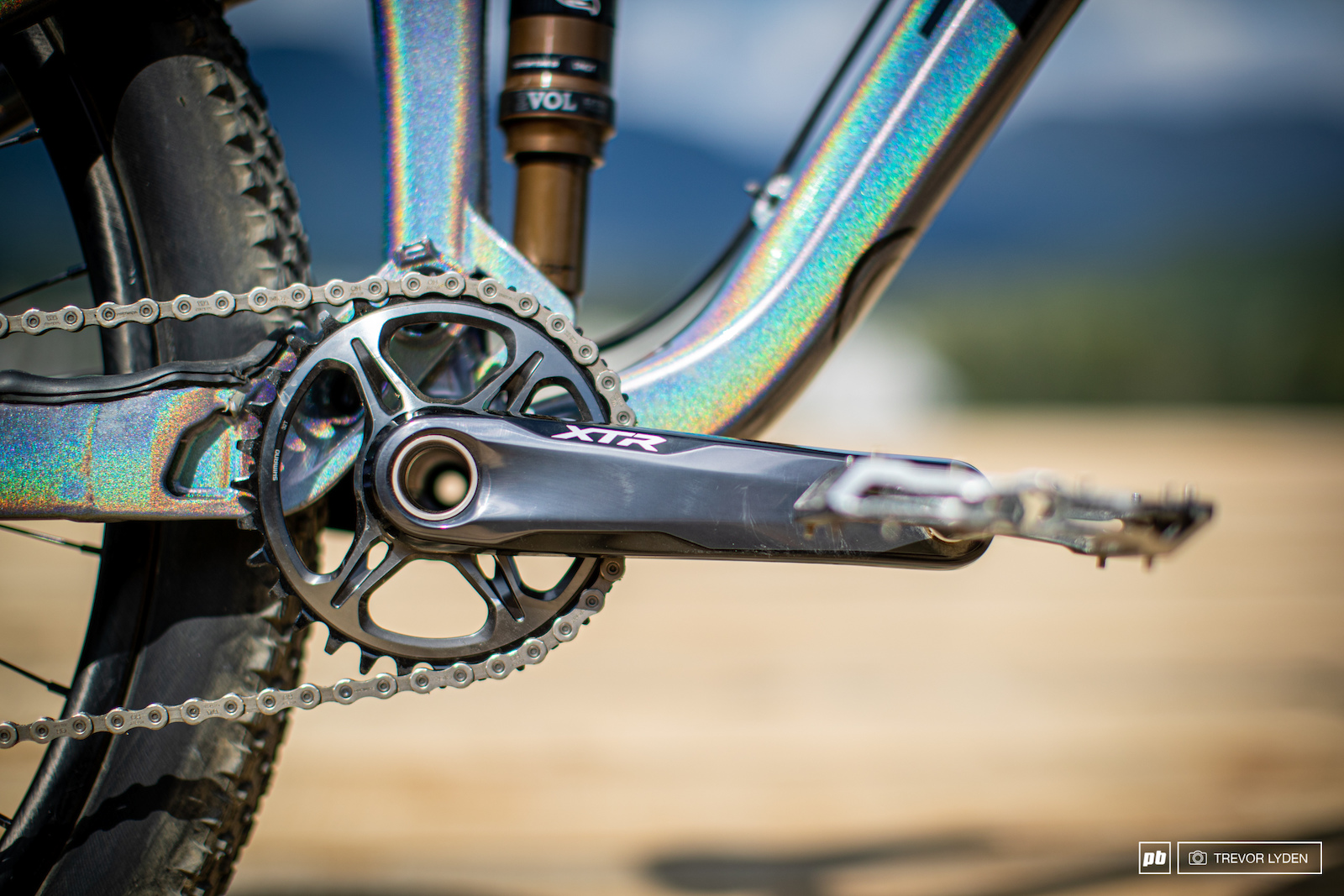 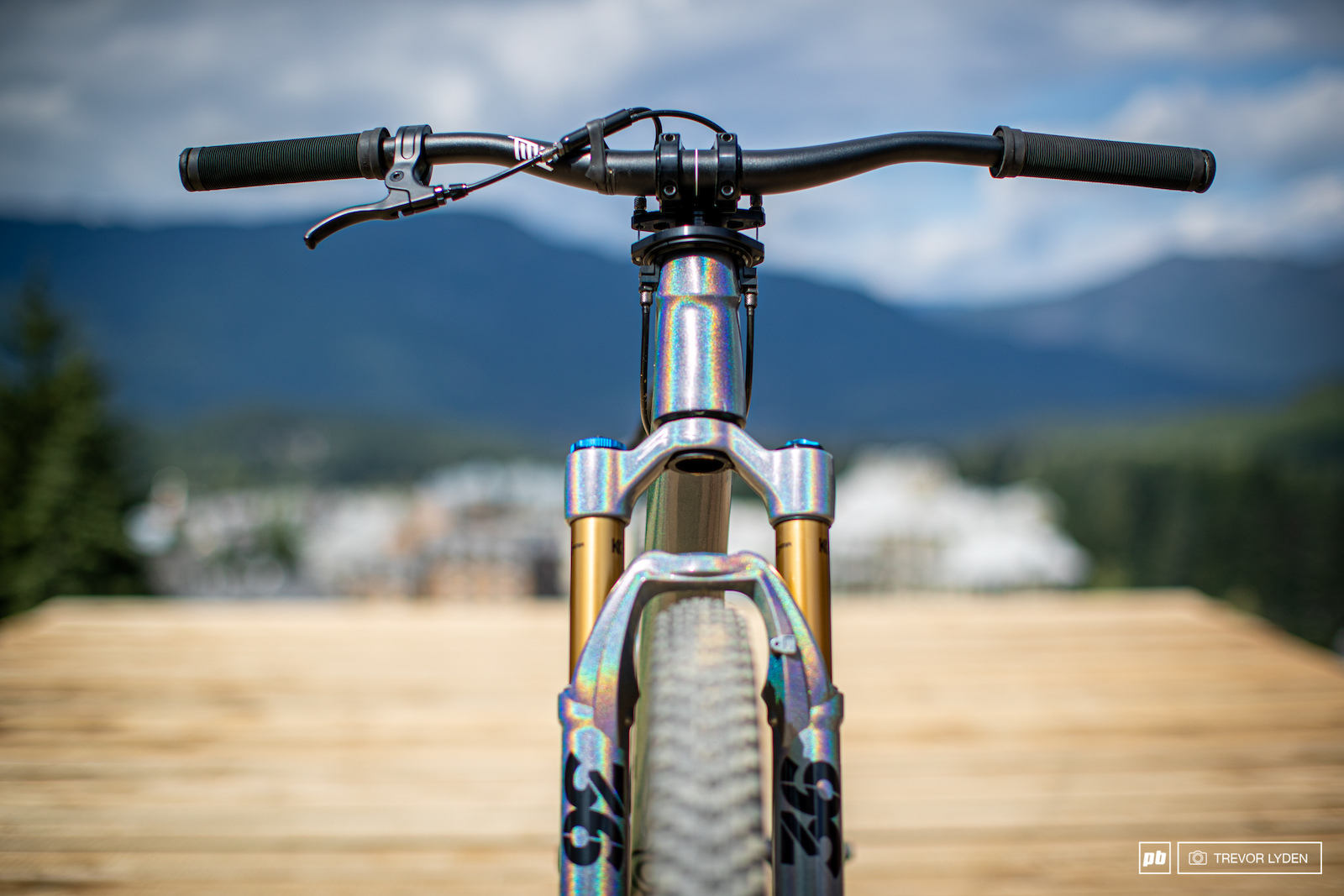 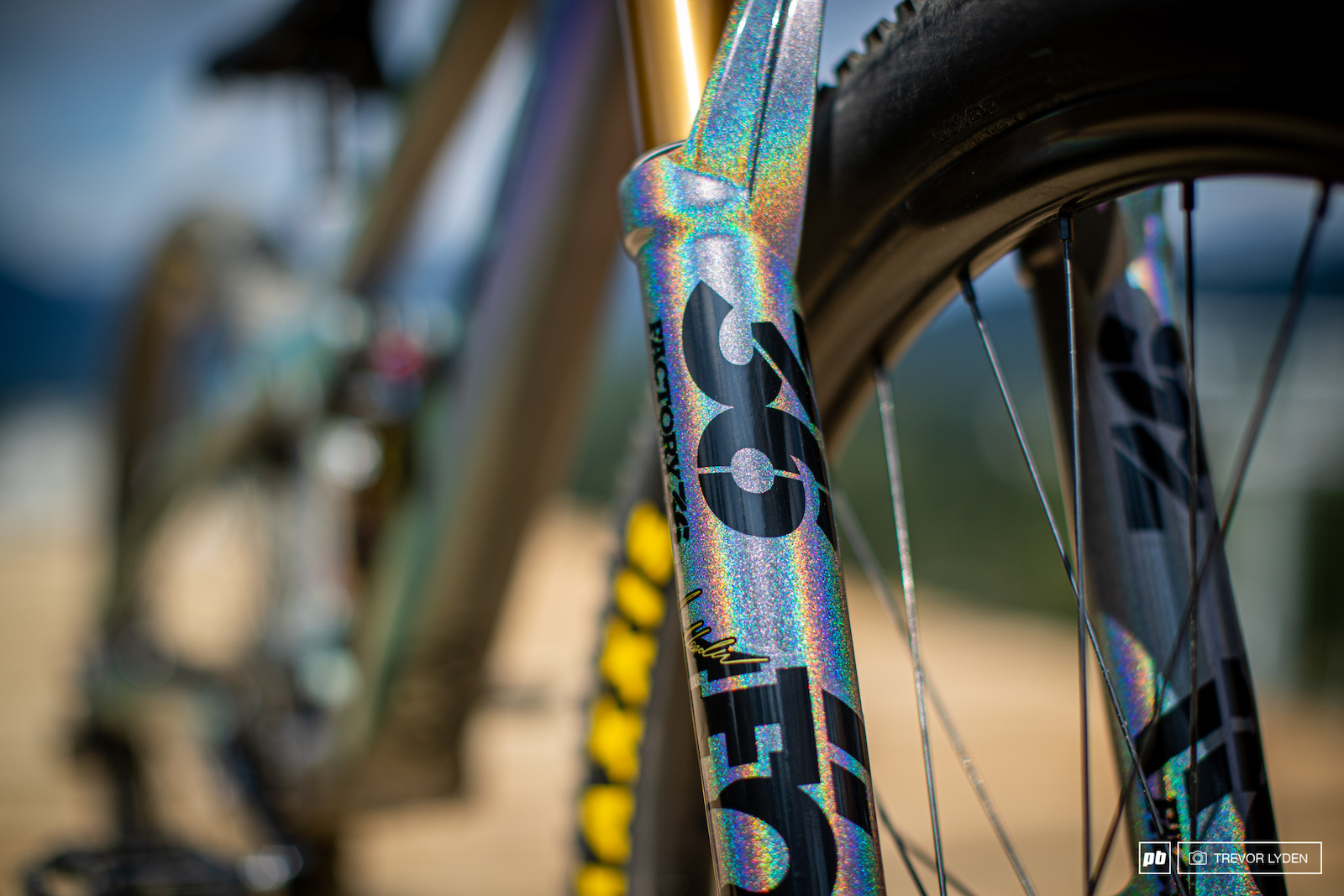 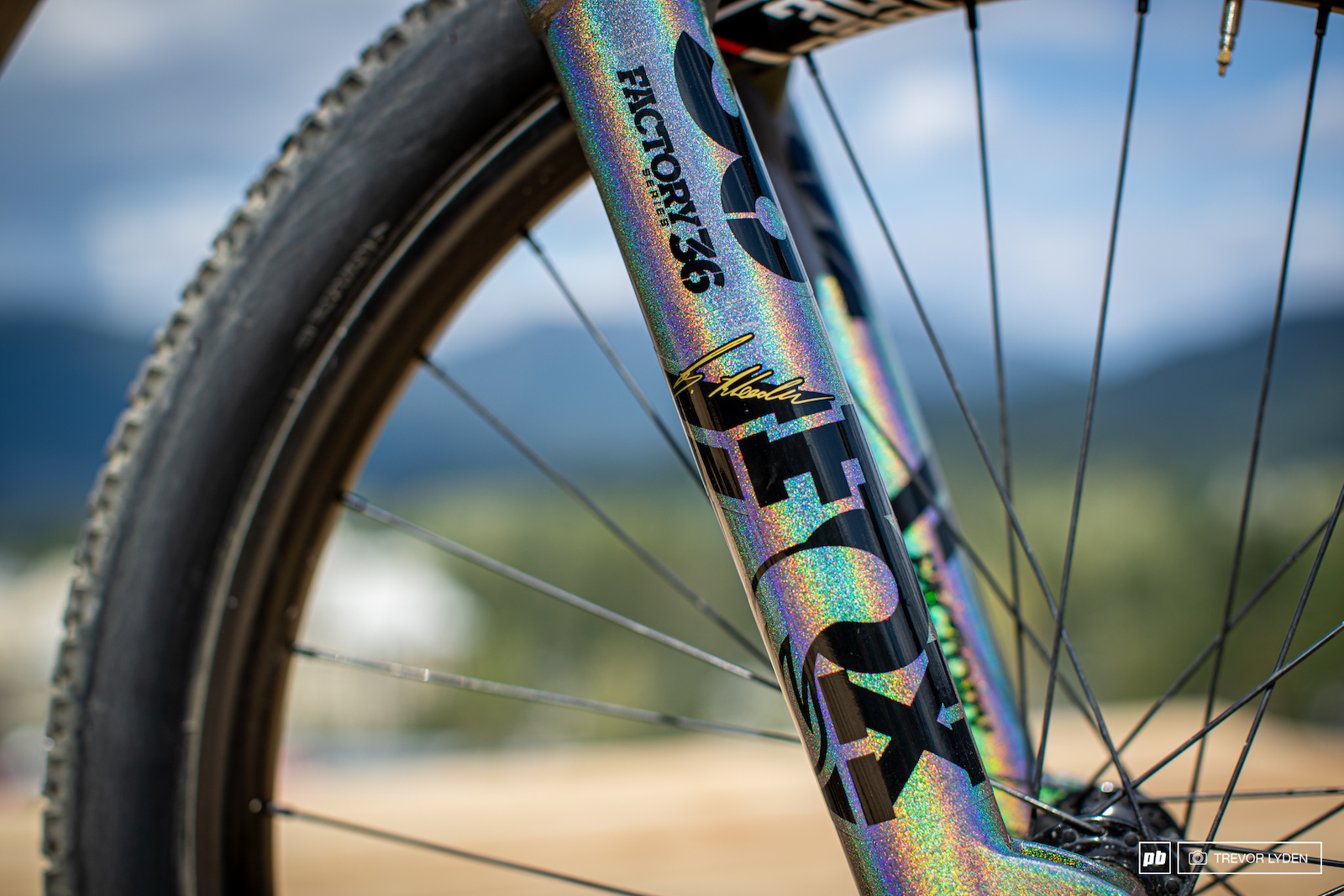 Fox have even chipped in with a glittery crown and stanchions and autographed stanchion stickers. 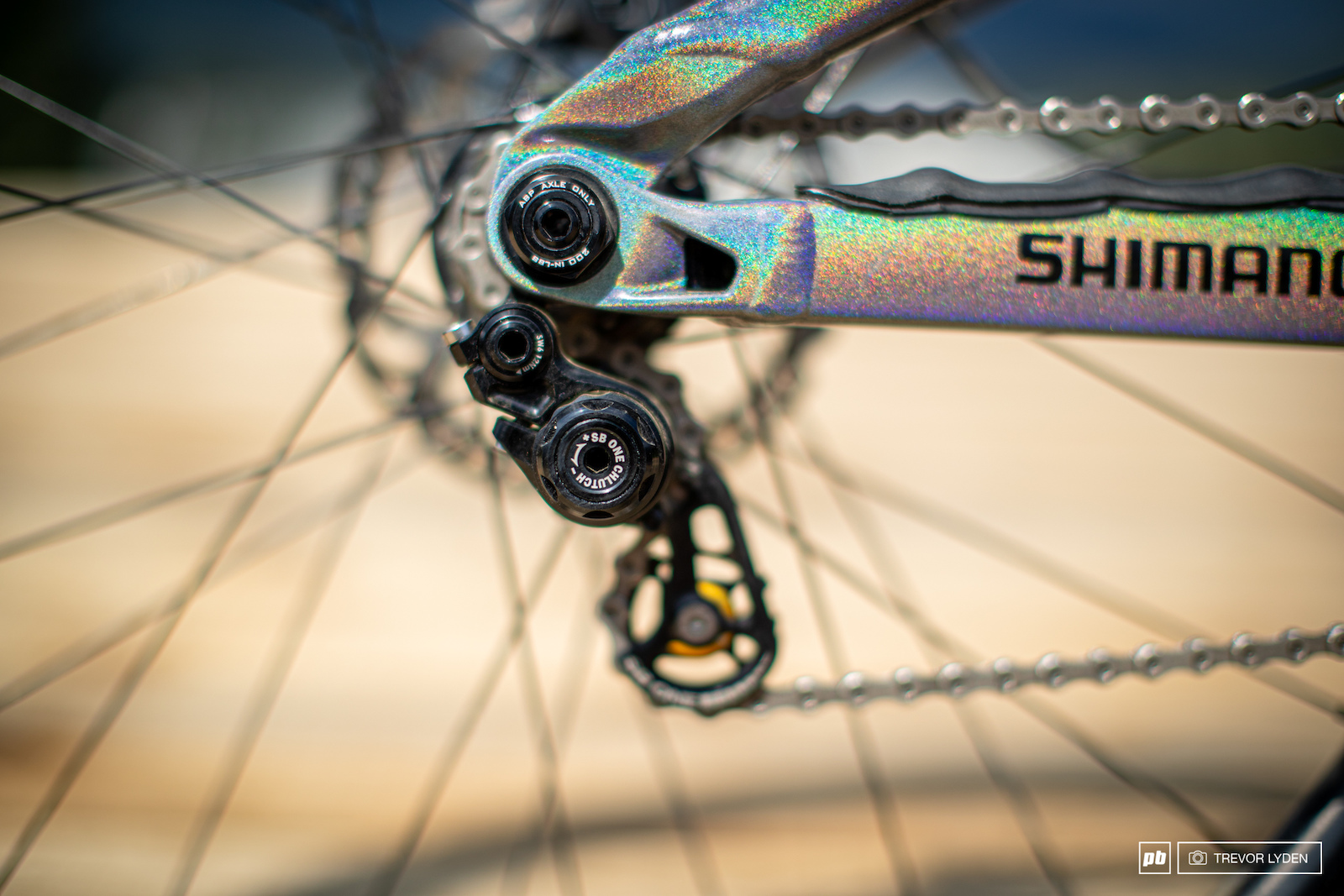 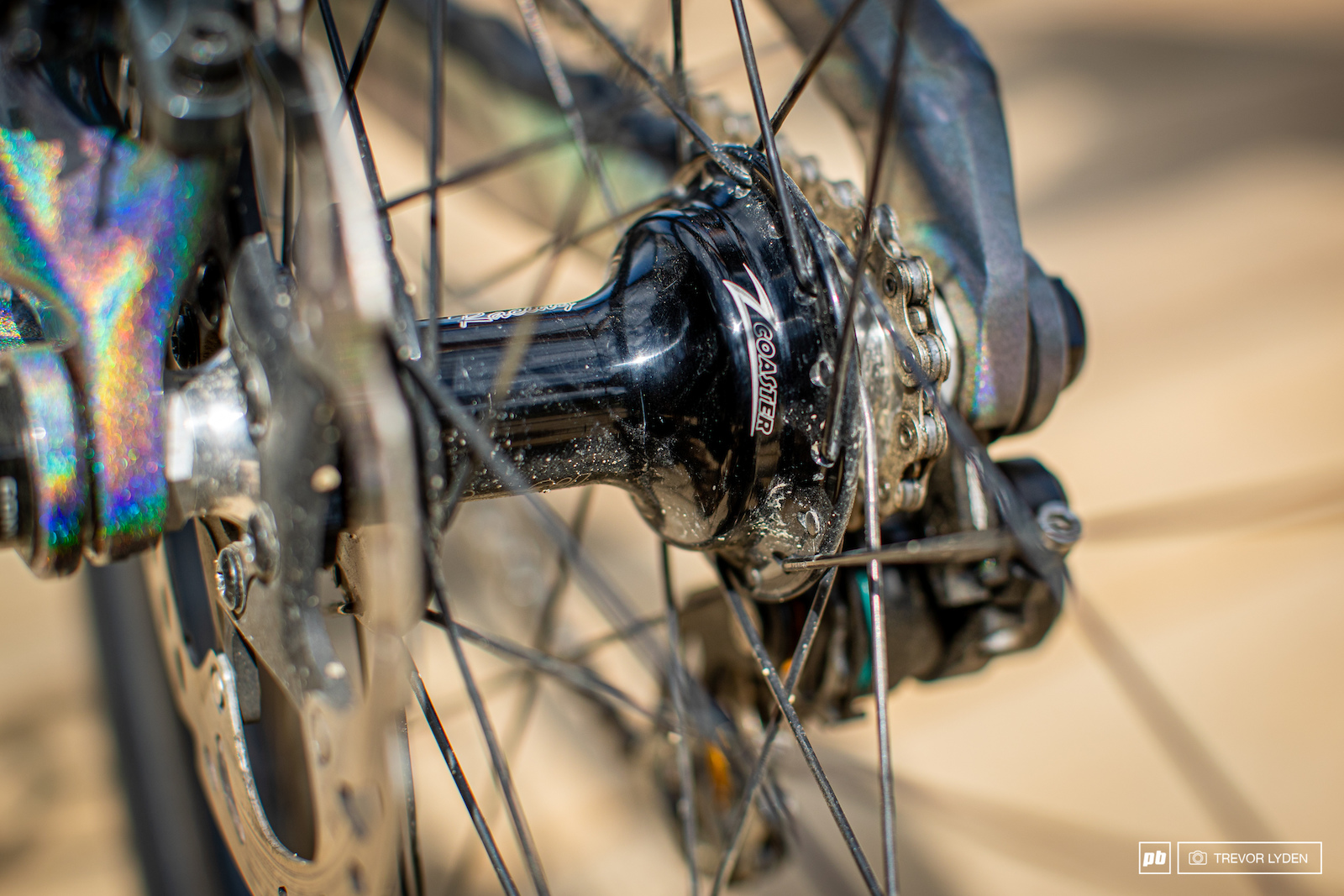 A freecoaster hub allows a rider to ride backwards without also backpedaling; does this mean we could be seeing some new half cab variations from Rheeder this afternoon? 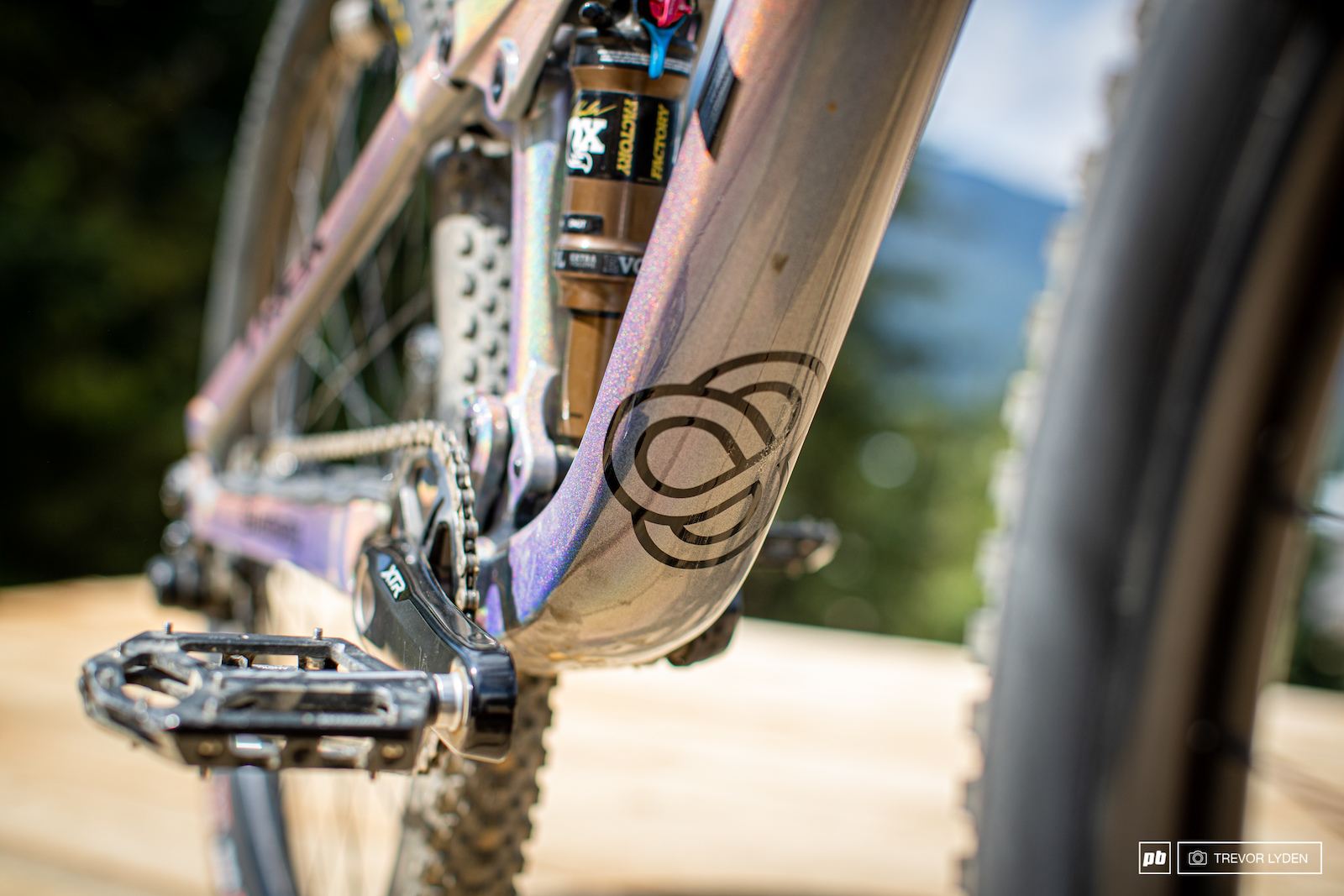 A C3 logo is tucked under the downtube.
Brett is still working on his Title components brand and we got a close look at some of the prototype pieces on his Crankworx bike. Brett said he was still learning a lot about this side of the industry and had some more work to do before he could give away any details, but he told us to expect news towards the end of the year. 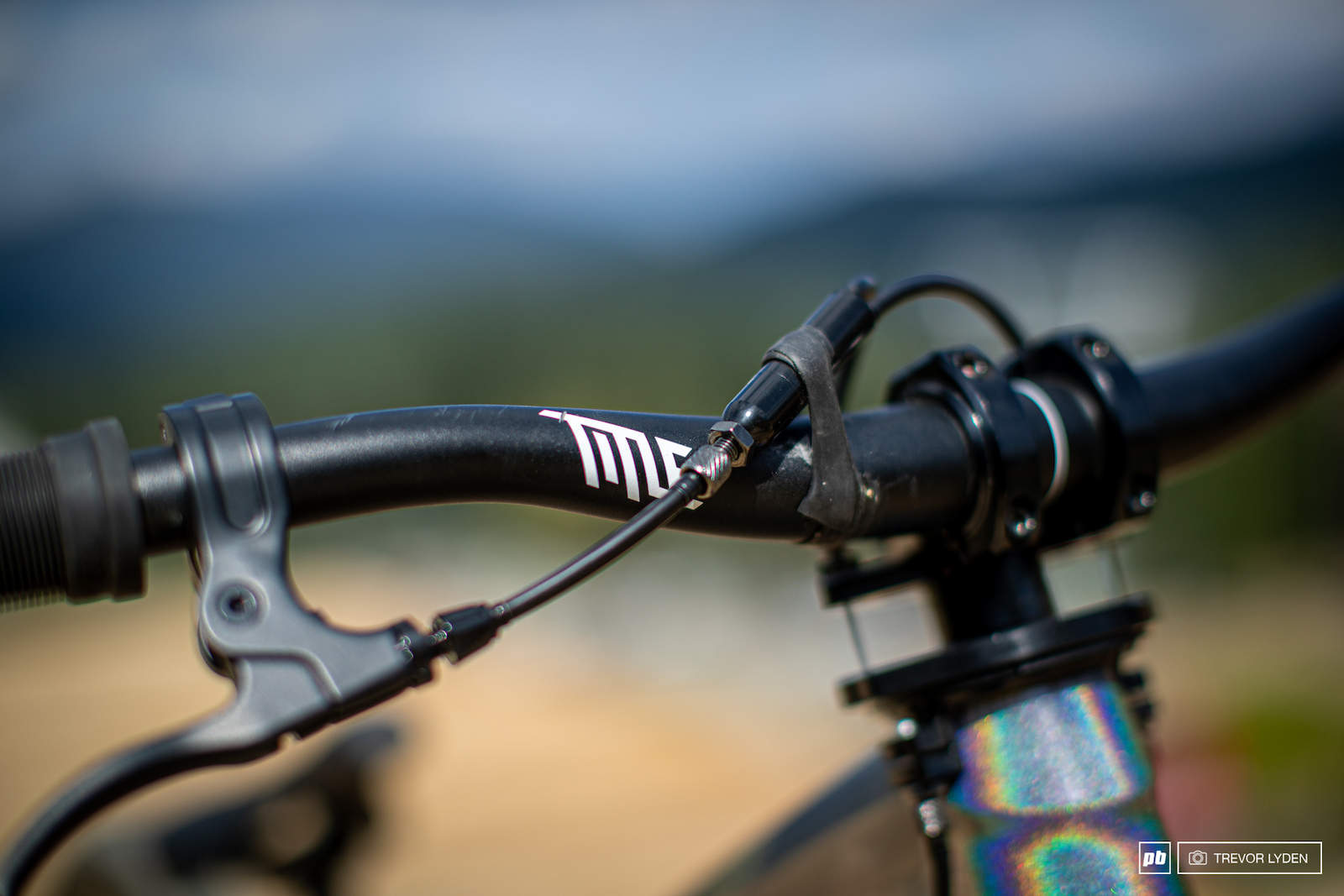 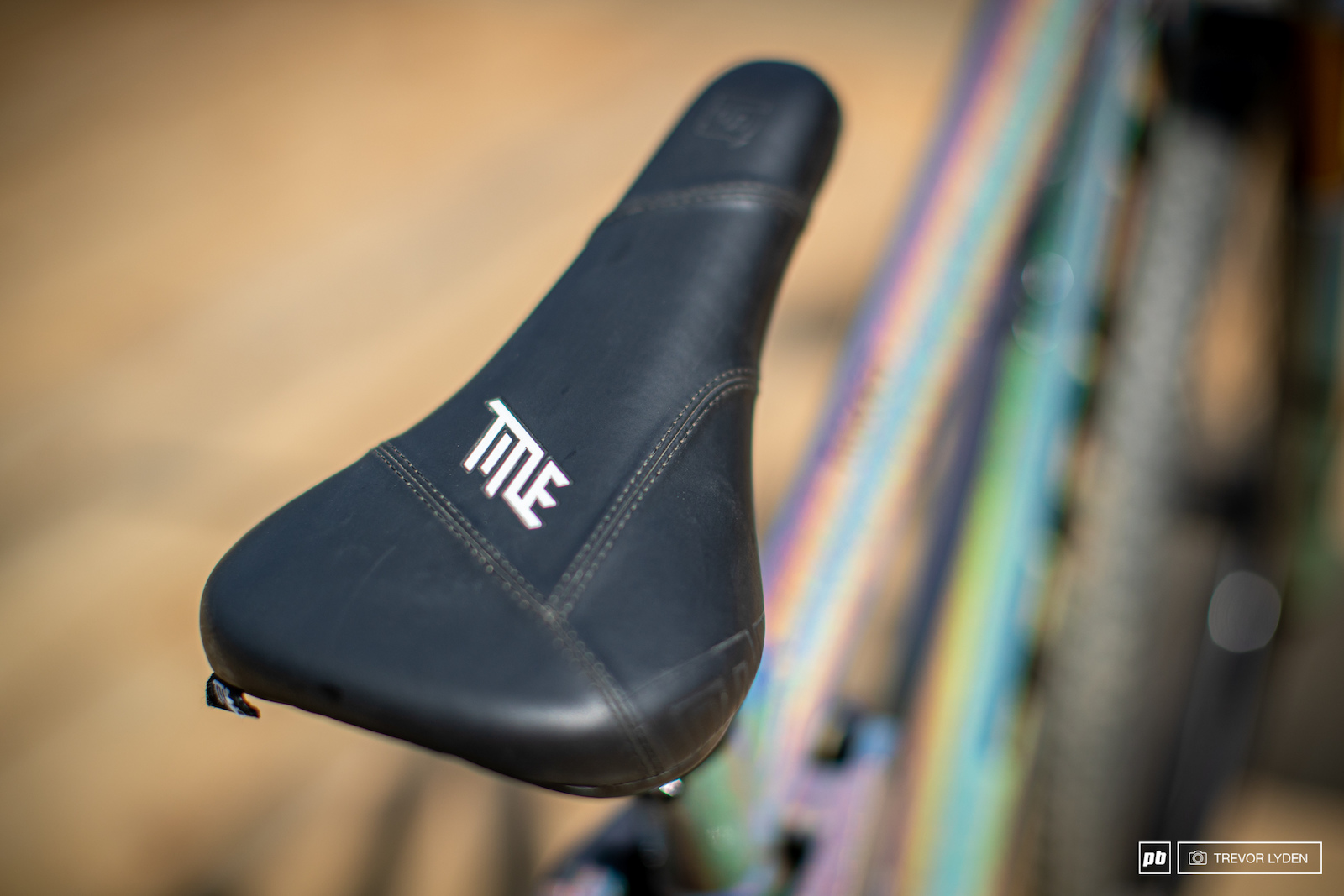 The range focusses around controls for now, including bars with an 8 degree backsweep and 5 degree upsweep and a saddle. Brett runs his bars at 734mm but we don't know how wide the bars will be uncut yet. 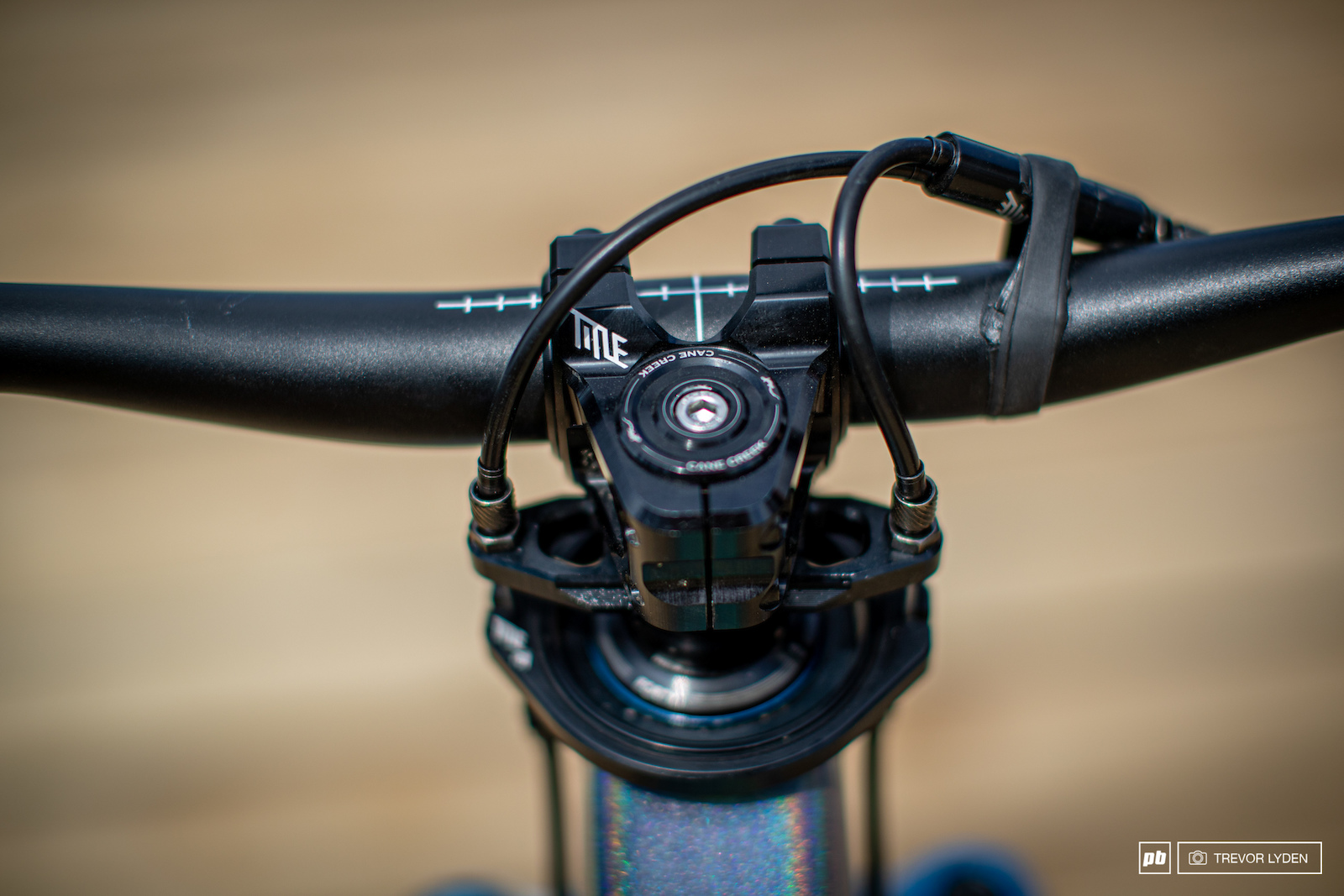 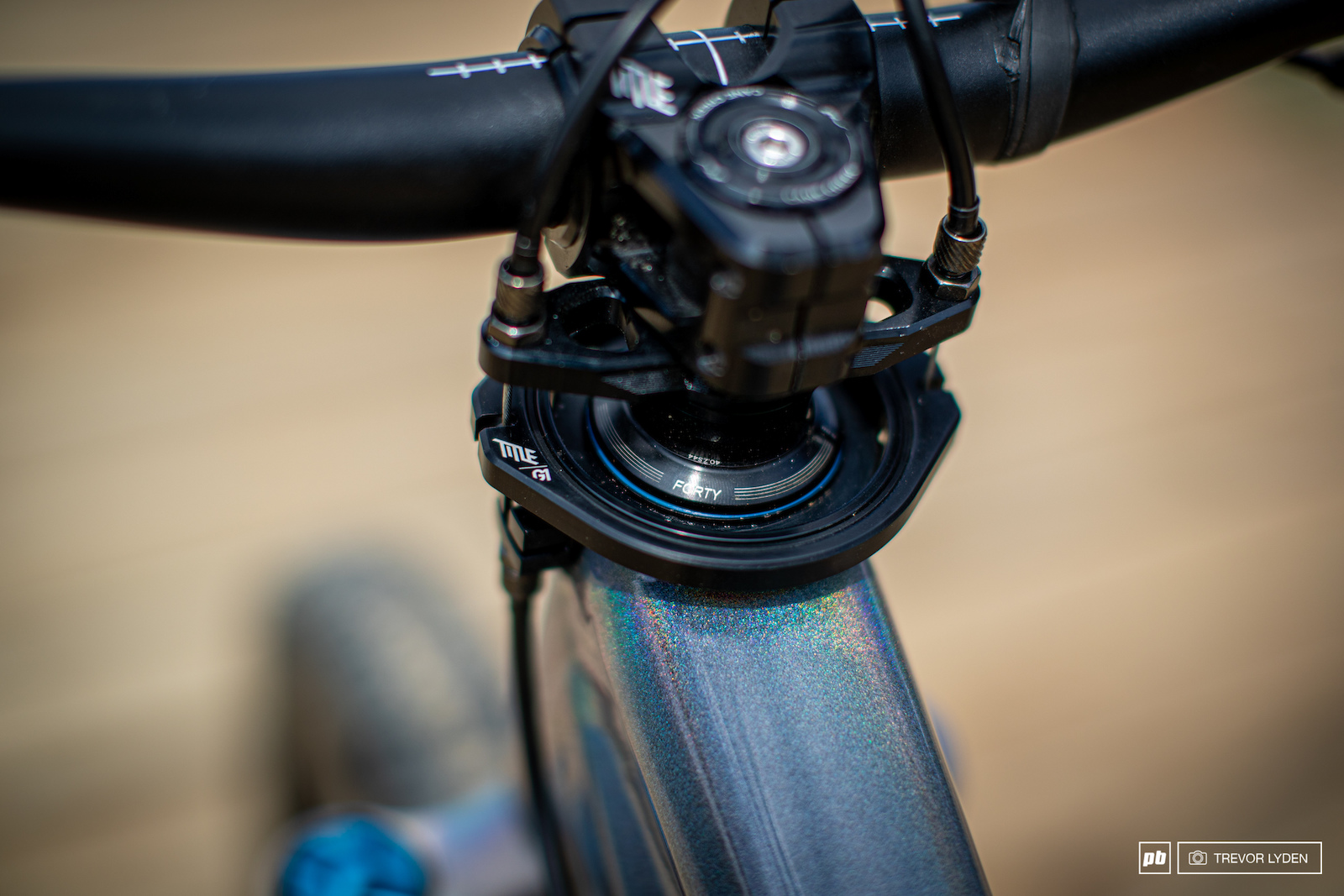 It was the Title gyro that really caught our eye; this allows Brett to spin his bars as many times as he likes in both directions without having to worry about his cables getting too twisted. 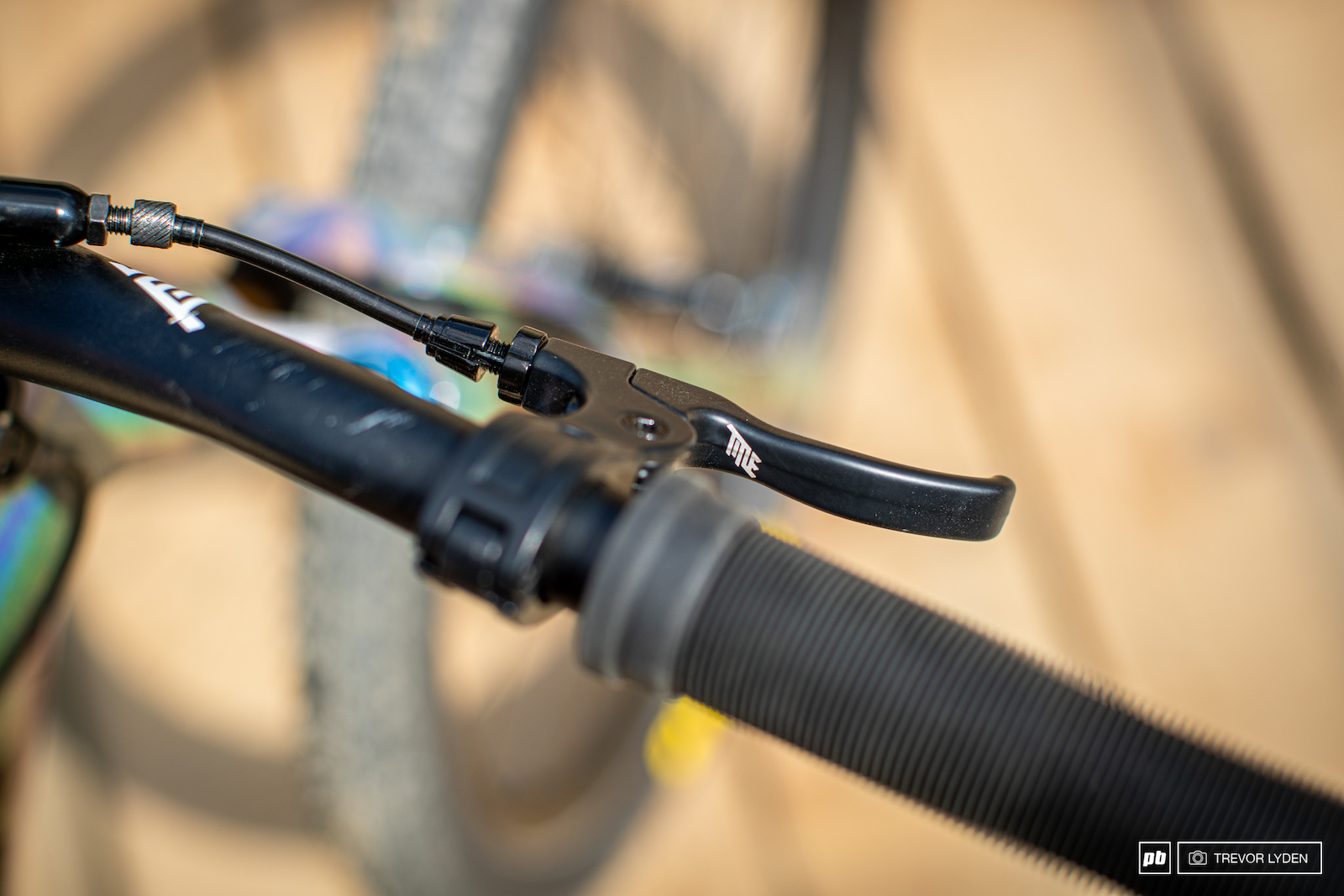 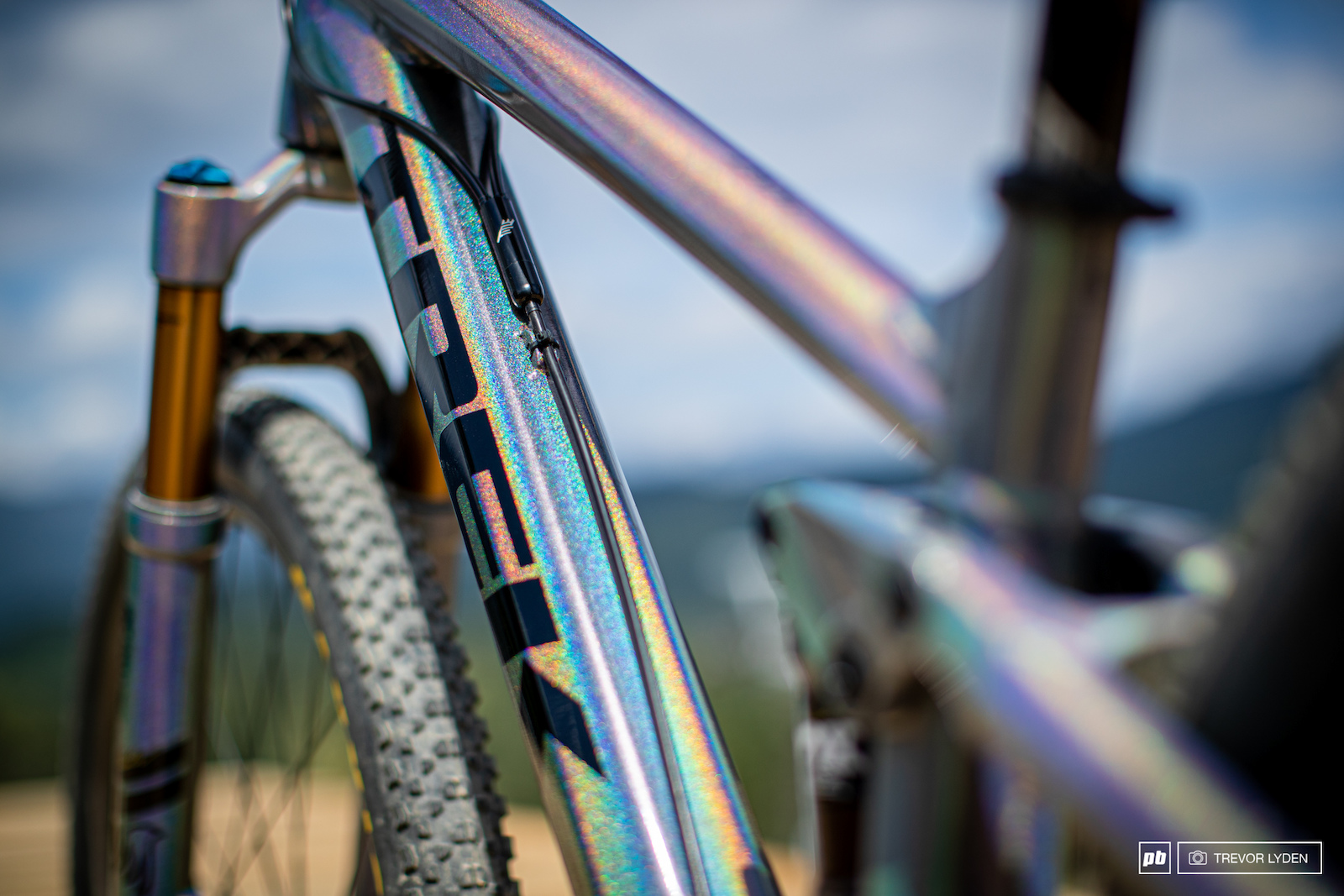 The gyro includes this brake lever and the reconnector that sits on top of the downtube. 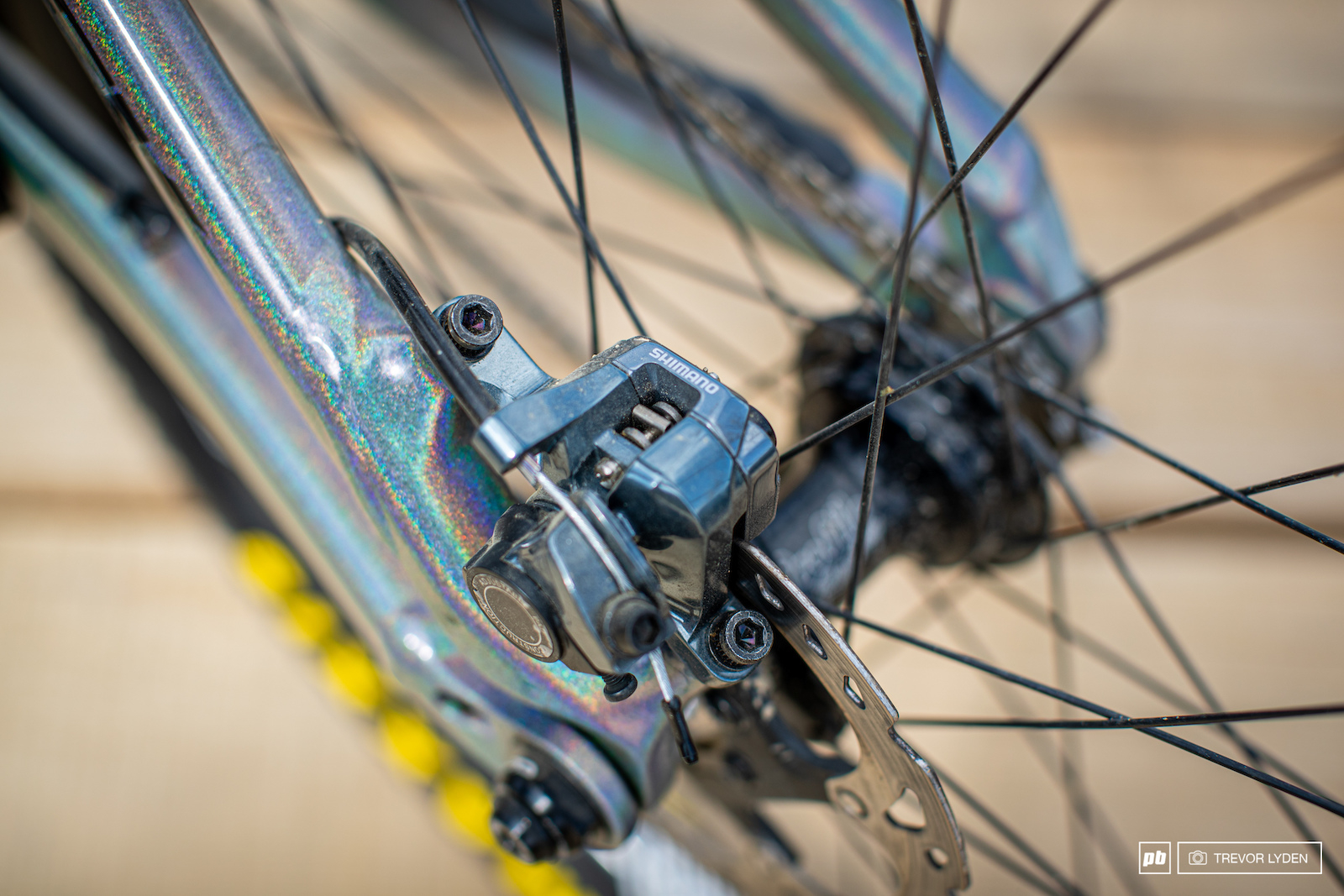 There's no Title brake caliper though, Brett connects his gyro to a Shimano mechanical disc brake.

Two questions about this bike: does anyone know if one can put an angle set on it? Like one degree? Then, is it much different to send dirt jumps with it than with a regular DJ?

megatryn (Aug 17, 2019 at 13:31)
@WAKIdesigns: I have a Ticket S (the "old" version). There is a bit less pop than a HT and a bit more weight, but managable for me. It's not really possible to put a angle set in it, but put a longer fork on it and compensate (I run 120mm) with bar height and stem mounting for grip height and you're golden. What it does do is make a huuuge difference on harsh landings, and allows my shoddy ankles to still ride.

It's hella expensive for a play bike that only sees a bit of use, but luckily I got a killer deal on mine.

wannabeabiker (Aug 17, 2019 at 16:13)
@Wakidesigns I have the most recent regular ticket, it just came with open bearings, but the cups are pressed, so I don’t see why not. With a tapered steerer it will probably have to be an external lower cup, though.

@wannabeabiker works components makes anglesets for tapered steerers with the external bearing on the upper cup.

lukeb (Aug 20, 2019 at 1:38)
@lognar: For reasons known only to themselves, Trek use the integrated headset where instead of the bearings sitting in a zero stack or external cup they just sit straight in the frame. Every angleset available has some form of cup to angle the bearings to adjust the head angle. So you can't press the cups of an angleset in there - I wanted one for my Trek but it's impossible.

megatryn (Aug 28, 2019 at 0:02)
@lognar: I know a few riders had custom machined parts before Trek started to weld on gyro-tabs on the frame. Mine is without the tabs.

bonfire (Aug 17, 2019 at 12:35)
Still with the sketchy use of shift housing for a linear brake housing. Essentially relying upon the plastic sheathing to resist. Why? You can buy linear housing built for this exact job.

lacuna (Aug 19, 2019 at 5:43)
"It was the Title gyro that really caught our eye; this allows Brett to spin his bars as many times as he likes in both directions without having to worry about his cables getting too twisted."

Are we seeing the phasing out of Saint & Zee products?