Getting to Know: Jim Monro - The Hardline Builder Turned Racer 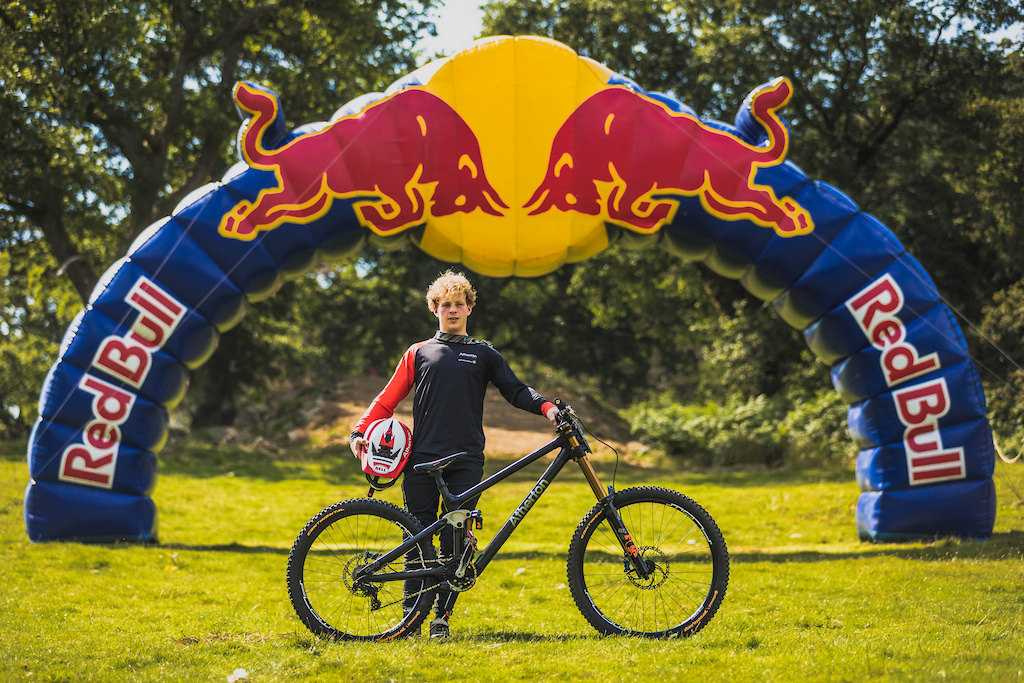 Among the superstars of downhill and freeride at Hardline on Sunday was one name you may not have recognised - Jim Monro. Jim is a Hardline fanatic and, after he went to spectate 4 years ago, decided it was where he wanted to be. After finishing school, he relocated to Wales and joined the DyFi Bike Park and Hardline dig crews, working on the course through the long winters to watch his heroes ride it in the summer. Gee and Dan always joked that he'd ride it one day, but he never took them seriously. Until 2 weeks ago...

Gee said to him, "I hope you’ve been training hard because you’re on the list!" Jim borrowed an Atherton bike and hit the course only for the first time in training last week, but he took it in his stride and ended up 13th on race day. Here's a little more about Jim and his incredible Hardline story.

A bike mad 19-year-old and trail builder, proud to be part of the Dyfi Bike Park and Red Bull Hardline Build Crews.

How did you start in MTB?

I grew up in Devon, but my uncle took me riding in Scotland when I was about 5 and I loved it straight away. I didn’t have any school friends who rode but soon met some local riders – they’re the guys I live with now in the Dyfi. I used to watch the Atherton Project on YouTube all the time – once I’d seen that I was determined I was going to ride downhill!

Nobody! I rode for ride.io from 2017-19 which was awesome – they are such a great group of guys but then Ems focused more on other stuff so he still rides a lot but he doesn’t run the team anymore. This weekend riding the Atherton Bike and being supported in the pits by Ben and Chris is living the dream. 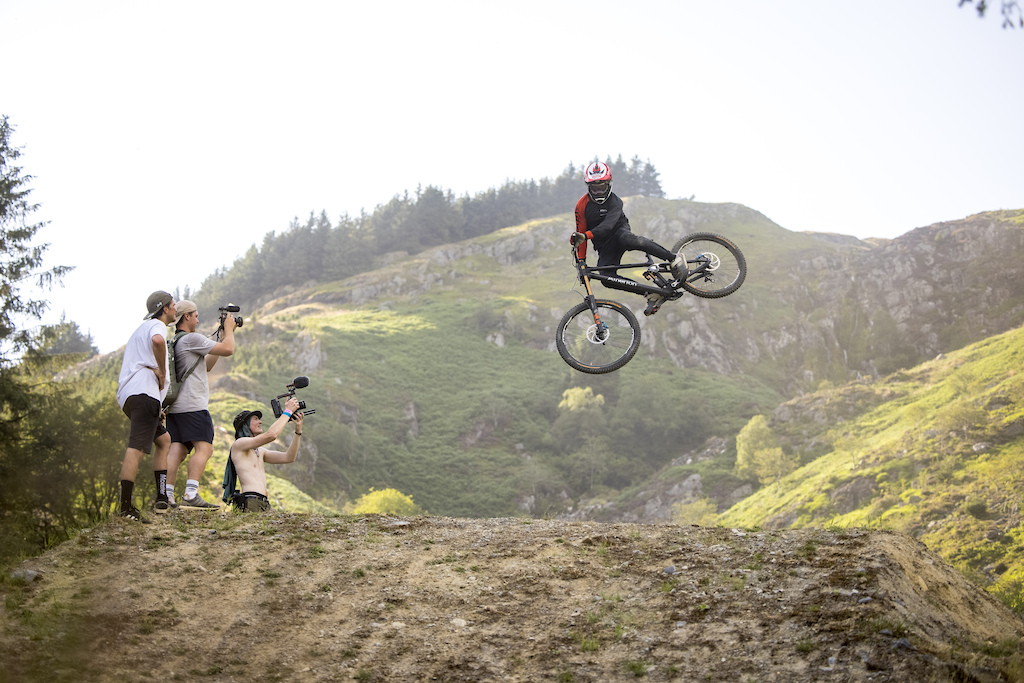 What bike are you riding?

The Atherton downhill bike. I was a bit worried because I’ve only been on it two weeks that I wouldn’t have time to get used to it, but straight away I was more comfortable on it than I ever have been in two years of my own bike.

What made you first move to Wales?

The riding, there was never any doubt in my mind that this is where I’d end up. I first came to watch Red Bull Hardline while I was still at school and my mum got chatting to Andrea (mum Atherton) on the Air Ambulance stall. She introduced me to the guys and from then on I was up here every holiday helping out.

As soon as I’d finished my GCSEs I moved up here to work with Dan and Jamie (Cable). I wish I was riding Hardline with Jamie now but I’m so happy that he’s improving. I hope in a few years we’ll ride it together.

How was working on Hardline?

It can be tough, especially when it was in September, so many cold wet days, but it’s such a brilliant thing to be part of and we’re such a close team, we laugh a lot of the time. We worked out the other day that the average age for this year’s dig crew is 19. 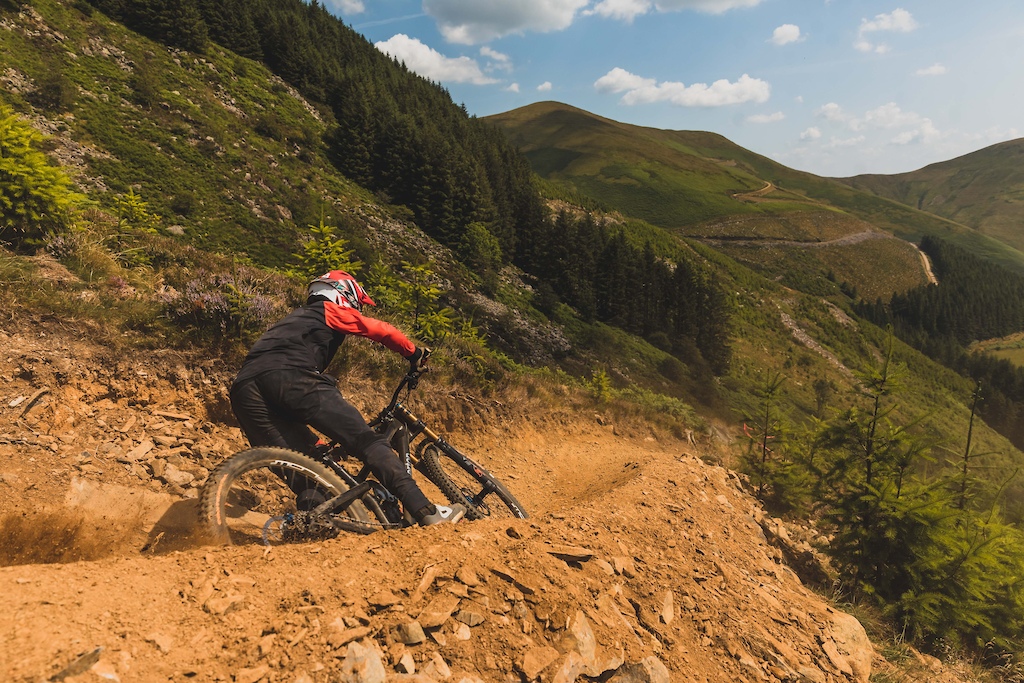 Have you ridden any of it before?

No, I’ve never ridden any of it before. We always said to Dan and Olly that we’d do it one day but we were always too busy!

Were you expecting to ride this year?

No, not at all, but it’s something always I’ve wanted to. Gee and Dan have always joked with me that I’d ride it someday but I never really took them seriously. Then two weeks ago Gee said to me, “I hope you’ve been training hard because you’re on the list!” I still wasn’t entirely sure he meant it for real! Luckily I have been training super hard all summer, on the bike but also in the gym with Rico Martin which has helped a huge amount, I wouldn’t have managed those last compressions without it. I was so stoked. 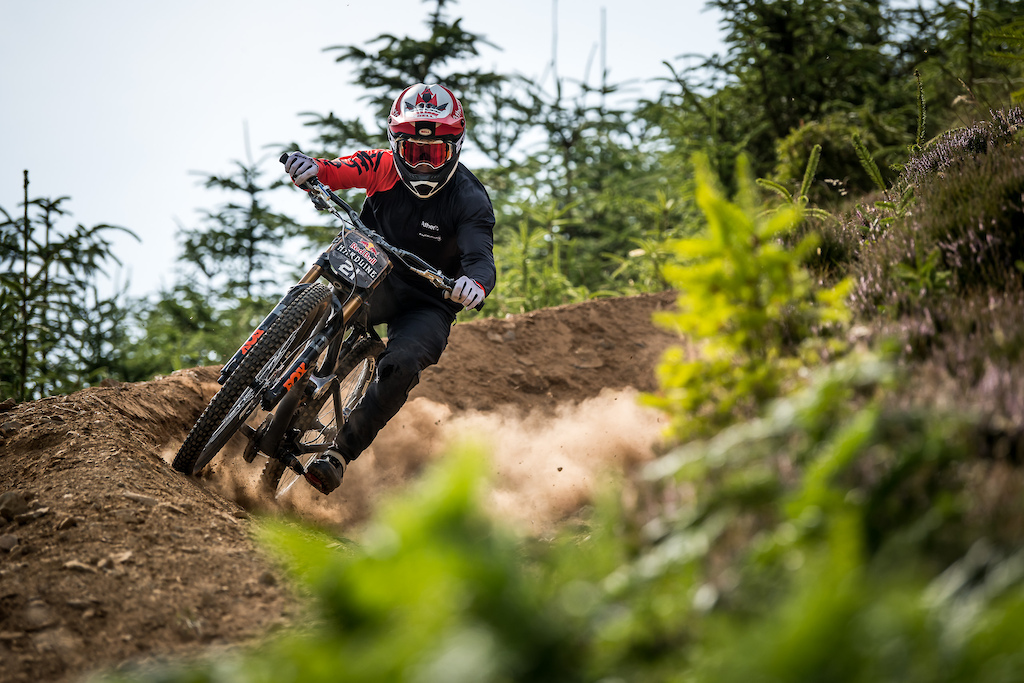 I guess I’ve always known what I want to do, even as a kid I knew this is where I wanted to be and I made it happen. When the opportunity to ride Hardline came I was fit and ready (though a crash at the bike park last week nearly put a stop to it – I hurt my wrist and I’ve had it taped for the whole event but luckily it didn’t affect my riding too much.

Just kidding! When I first came here I lived with Jan and Andy for two years, without them taking me in it wouldn't have been possible for me to leave home so young, they're the best! Andy and his brother Ant started riding bikes in the woods here in the 80s,

I crash a lot but I’ve been lucky so far. I got to ride 4 World Cups but crashed in all of them – nothing too serious though. I broke my collarbone at Lenzerheide, a finger another time. I crashed pretty big in practise here but I got away with just a few scratches.

Red Bull Hardline 2021! I’ve had the best week riding with people who I’ve looked up to my whole life so to get down the whole run and into 13th place was a massive bonus. 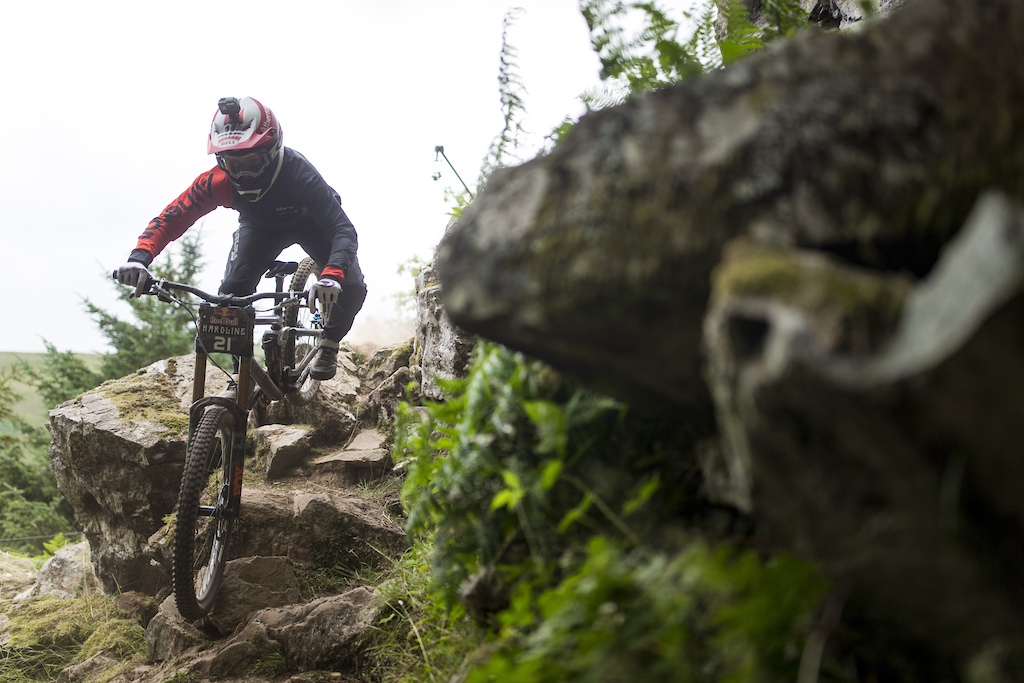 I’ve been working on it for 4 years and riding there 3 times a week minimum but it’s always fresh, it changes all the time, I never get bored and it's helped a lot with my training for Hardline.

I’ve learnt a huge amount from Athy and his work attitude, it’s insane what he’s done for the riding scene and he’s always helped us out when he can. Gee and Rach are legends too – Rach rented us her house last winter when we had nowhere else to go. It’s a dream to be riding Hardline on their bike.

I used to live in Rach’s house with the Shred Mansion boys who are my childhood friends but it sold so for summer we’re living in our vans and tents in a field close to the bike park so I don’t spend much time on the internet!

Riding my bike and hanging out with the boys.

How do you hope to be remembered?

I’ve never thought about it, I’m just starting out but I guess I will try to give back to the sport like Dan, Gee and Rach have done - to pass it on by helping some youngsters coming up – there are some awesome riders amongst the local kids.

Living the dream man; and being rewarded for keeping that dream alive through sheer will, determination and hard work.

Madd props for getting a ticket to ride, Also mad props to everyone at Dyfi bike park.

Bikerguy13 (Jul 27, 2021 at 9:41)
It’s been an pb interview question for a long time, usually though it’s worded favorite non-bike website

FragrantParrot (Jul 27, 2021 at 3:12)
Warner said it was Dan's bike on the broadcast, sick the Atherton's have taken him under their wing, big things to come from him I reckon.

skintightleather (Jul 27, 2021 at 1:52)
that the guy that was blown off a bit on sat and ended up folded into the berm? that was a nasty crash, couldnt identify the rider though

zulki-fly (Jul 27, 2021 at 6:43)
Great personality, Atherton Bike well represented by him. Congrats mate, building your way to the top spot for the next few years.

MOBrules (Jul 26, 2021 at 15:13)
Dude, where are the misspellings?
In Britain "learnt" can be correct spelling and "practise" is correct in his usage here.
Below threshold threads are hidden