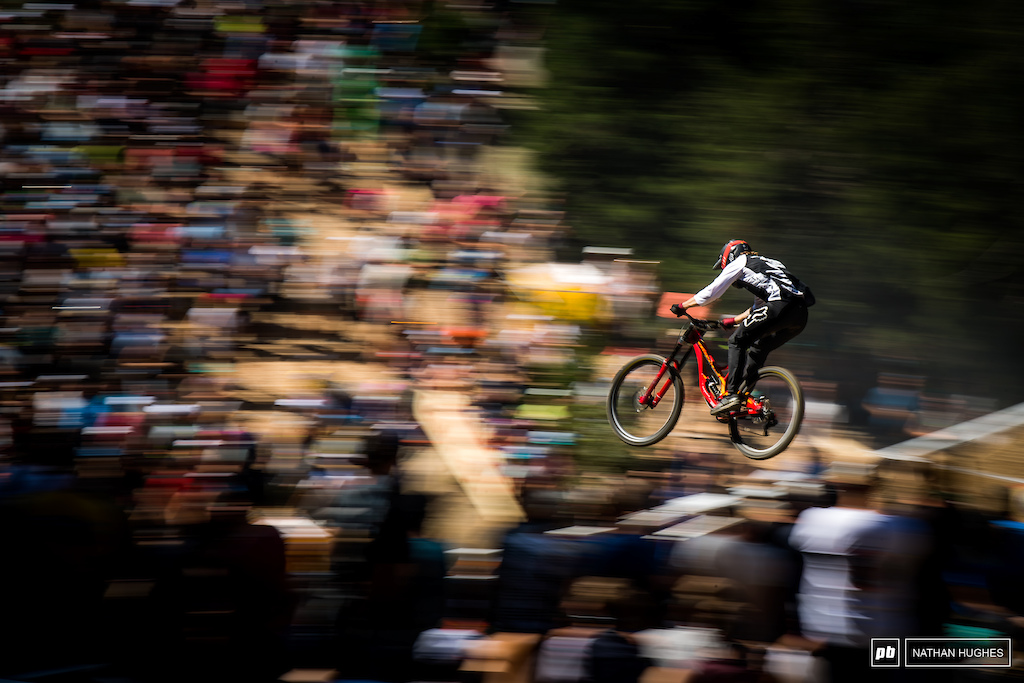 The UCI has released a study into the economic impacts of its major events that includes a case study of the 2018 Lenzerheide World Champs and claims that the event had a Gross Value Add (GVA) impact of €11.5 million for the local area.

The event attracted 34,000 visitors to the region that has a population of only 8,000 people normally. These visitors contributed 73% of the GVA total with 15% of the rest of the spend coming from the 1,640 people that made up the media and teams and then a final 12% came from operational expenditure required to deliver the event. The event also created 190 employment opportunities across the weekend. 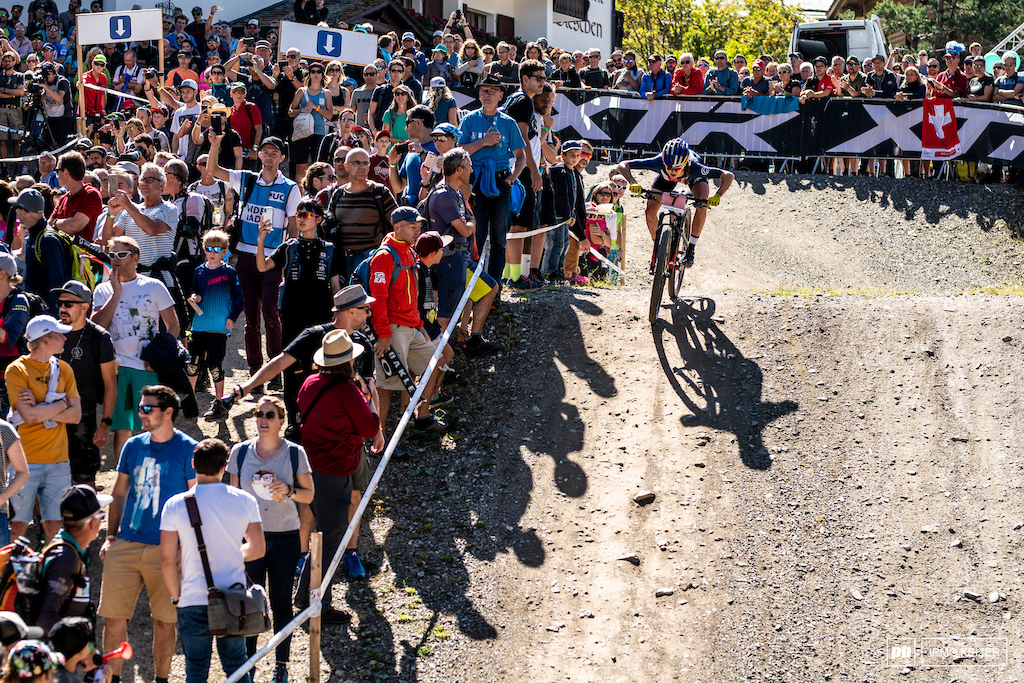 The majority of international visitors came from Germany (39%) with Austria and Italy both being the second largest countries at 9%. Canada was the fifth biggest international attendance with 3% of visitors. 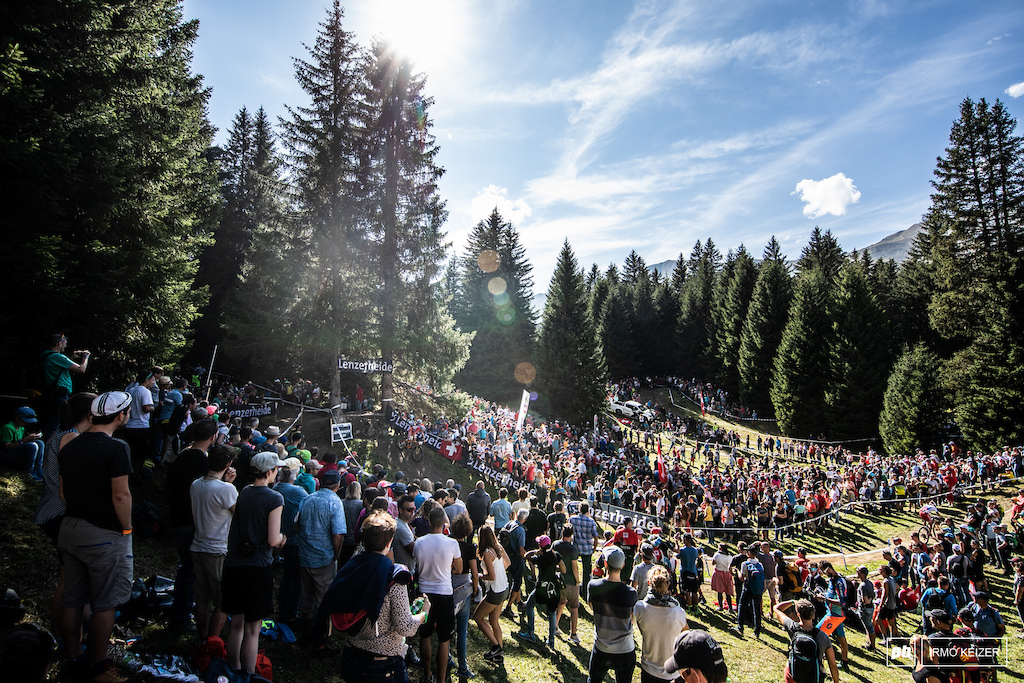 The full study can be found here.

NYShred (Sep 13, 2019 at 13:18)
Cool, marketing statistics shared with sponsors for ad dollars, I'm sure they're quite fluffy too. With all the money theyre saying these types of events can generate for everyone involved I wonder if they can find a couple bucks to help pay the medical costs of leaving a certain rider on the side of a mountain for 5 hours, no?

opignonlibre (Sep 13, 2019 at 15:46)
I'm pretty sure I recall seeing some helicopters landed and waiting at Lenzerheide.

And I hope the UCI gets sued too for "organizing" first aid.

Imagine some Tour de France cyclist crashing and waiting 5h to go to the hospital- yeah wont ever Happen.

thesharkman (Sep 13, 2019 at 22:32) (Below Threshold)
Brooke ended up being fine. The helicopter wasn't even needed. Now someone has a huge unnecessary bill to pay.

mh731 (Sep 13, 2019 at 22:55)
@thesharkman: i assume if you’d just broken your spine & lost sensation in your legs you’d be fine with being dragged down the mountain and tell the helicopter it’s not needed

opignonlibre (Sep 13, 2019 at 15:34)
Most people bought takeways from food trucks and/or food at the nearest Migros supermarket. It's not like Lenzerheide was filled with enough restaurant to feed everybody. We definitely spend a bit more but I guess many people also came with their own sandwiches.

Not sure this is really a selling point - lol. Sounds like hell

cgreaseman (Sep 13, 2019 at 13:12)
I mean, to be fair most tourist towns are a pretty similar structure. A few thousands year round residents and any given weekend hosts 10-20x that.

artistformlyknowasdan (Sep 13, 2019 at 13:33)
Where I live it’s estimated visitors (mostly recreation but some employment) out number residents 3:2 on average through out the year - it can being annoying but then I remember I get to do the daily what they only get to do for holiday. And at least their mostly friendly and in good spirits.

Not for mountain biking, trust me on that.

catweasel (Sep 14, 2019 at 1:37)
My wife and I recently stayed just outside of lenzerheide, on the edge of the Davos region. Hotel was 100 a night, had a kitchenette so we didn't have to eat at a restaurant and because we stayed 2 nights we got lift passes to the whole Davos region included.

BetterRide (Sep 13, 2019 at 18:30)
Wow, 34,000 vistors and the racers who risked their lives to bring them there made less than a dollar per person in prize money!
The prize money in this sport is so sad. I know it isn't golf or tennis but seriously, can't the sponsors and UCI pay just half of 1% of golf? In the PGA tour the minimum a winner will get this year is $630,000, the minimum the 65th place player gets is $7,250 (in a 3.5 million prize money tournament) at tournaments with 12.5 million in prize money the winner gets $2,250,000 and 65th gets $26,785.
I think the prize money at NORBA Nationals in the 90's was higher than World Cups now, adjusted for inflation the 90s prize money is probably 3 times what it is now.
I know, it was on television then. Well they are getting more views on Redbull TV plus, sites like this and on social media.
As Troy Brosnan said in a recent interview they need a racers union. Rant over.

bonfire (Sep 13, 2019 at 19:07)
It’s pretty comical you think mountain biking is in anyway close to the scale of a PGA tournament. National and international TV deals with huge viewership.

Mountain biking barely gets free coverage on RedBull TV and a few websites. All of the outlets you’re talking about are free to access and most sell ad space to cover the cost of their own coverage.

Look how many golf courses in the smaller town in America compared to the struggle for mountain bike access.

The average golf commentator compared to Rob Warner, I bet they make many multiples of Rob’s salary.

tobiusmaximum (Sep 14, 2019 at 10:28)
during his reign, Tiger was the highest paid sportsperson on earth, which tells you everything you need to know about where golf ranks in money generation.

Superburner (Sep 13, 2019 at 15:48)
Would be interested to know how Snowshoe made out last weekend,..... I guess if they host another race they made money, if they don’t, I’ll assume it was a loss.
I spent $1,200 on accommodation, another $200 on event tickets plus food and beers. I have to think they made money, I actually hope they made a lot of money, probably our best chance of seeing another race in the US.

ATXZJ (Sep 13, 2019 at 19:52)
Last i'd heard they sold around 16k tickets. Guy at the pizza shop said they'd never seen so many people on the mountain and he'd been in the business for 20 years. Pretty freaking cool.

scottgray (Sep 13, 2019 at 20:52)
My wife and I made the trip to Lenzerheide for my birthday. Would never have visited except for the UCI race. The race was amazing! Our swiss hosts at the air bnb were amazing and the local swiss riders gave us great intel on the trails. Overall a great experience. The swiss had a helicopter with physicians on standby and we saw them practicing evacuation procedures before the race. Can't wait for the UCI to run a race on the new Whistler DH course being built.

scissors888 (Sep 13, 2019 at 13:41)
In terms of money brought into the local economy, no the Olympics blows this out of the water. In terms of it being a better deal for the local government on the other hand is a completely different question.

bkm303 (Sep 13, 2019 at 15:25)
Pretty much any event that doesn't require a massive and permanent regional infrastructure investment is better for the local economy than the olympics. The olympics are consistently a net money-loser for the host cities.

mawojciech (Sep 14, 2019 at 4:24)
I'm a NICA coach in Pennsylvania and one of the things we do to grow the sport is fill out surveys after each race weekend stating how much money was spent locally on lodging, food, etc. The league publishes that with intent to find new venues, add weight to trailbuilding initiatives, and generally get the word out that our group is growing and spending noteworthy amounts of money. This sort of information gathering and sharing is a great way to help our sport.

Longroadtonowhere (Sep 13, 2019 at 15:18)
Maybe this will be motivation for the US resorts to get their shit together and build some proper WC courses so we can get a few more races over here.

mh731 (Sep 13, 2019 at 23:02)
@opignonlibre: have you even been to Lenzerheide? To say there are a ‘few’ hotels is ridiculous, more so that most visitors were camping because the hotels were full with athletes!