Intense, Fox, Maribor. In 2002, it was a winning combination for Chris Kovarik.

The race came just a week after Kovarik picked up one of the biggest ever winning margins at the inaugural Fort William World Cup but in Maribor it couldn't have been more different as he claimed victory by a whisker, beating Steve Peat's time by 0.01 seconds to claim his third consecutive win. 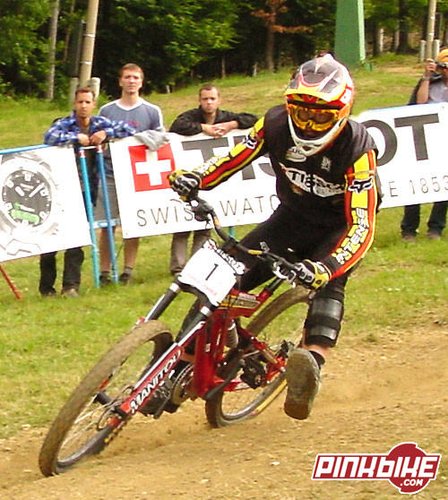 The only photo we have of Kovarik from the Maribor race in 2002. Unfortunately it was taken during the race run when his World Cup leader's jersey was covering the front of it. 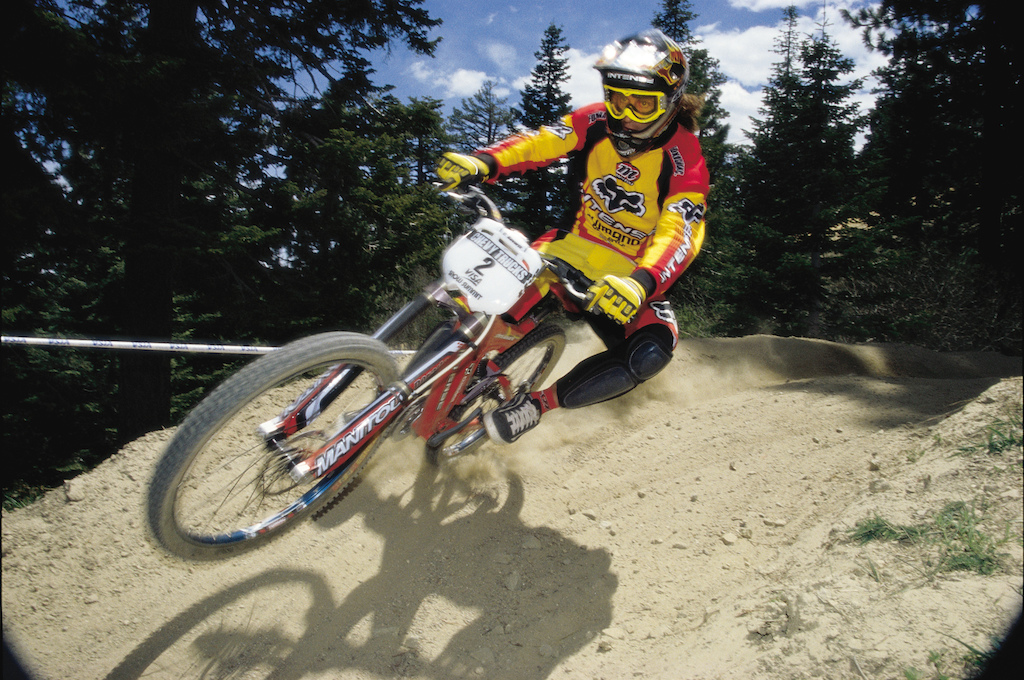 The classic kit that inspired Neko's design in all its glory.
This weekend, Neko Mulally is paying tribute to Kovarik's achievements 17 years ago with a new tribute kit from Fox. Neko's kit is a bit more flouro than Kovarik's was and bike tech has clearly moved on from the days of the Intense M1 but it's rad to see him looking back to the history of the sport for inspiration for this kit on his new team.


Keep an eye out for Neko riding in the tribute kit throughout the weekend in our photo and video coverage.

njparider (Apr 26, 2019 at 4:21)
Wow! How do some of you get through the day with such cynical nitpicky perspectives on things? It says INSPIRED. That covers it. Great kit Neko! Good luck this weekend!

I can seriously see some of you at a free food sampling table (Sam's Club, Costco, etc.) giving full on unsolicited critiques of those free mini corndogs..

NoahColorado (Apr 26, 2019 at 7:46)
Always refreshing to see how fast these guys were on bikes most of us would now consider unrideable. I'd love to see a spec and geometry comparison of then vs. now.

BuckNasty44904 (Apr 26, 2019 at 8:28)
It's amazing how short those DH bikes were. Kovarik's ass was literally hanging beyond the back of the rear tire. They looked like BMX bikes with 8" travel.

vinay (Apr 26, 2019 at 2:47)
Yes, but if it was meant as critique towards Pinkbike: they probably wanted the story up here but couldn't get the rights in time to publish those pictures. I'm sure there must be loads of pictures on the internet which are actually copyrighted and uploaded illegally.

LKTV (Apr 26, 2019 at 14:10)
He doesnt ride for Fox. If TLD made this kit it would be an aussie wearing a ripped off design and people would winge as well
Below threshold threads are hidden

TrevZ (Apr 26, 2019 at 3:49)
It's not really classic kit at all if it's not the same color, logo placement, fit, etc. I don't see the point of this if you're not going to do it justice and 100% replicate it. The new jersey could be said to have been inspired by the old one but that's all.

Patrick584 (Apr 26, 2019 at 5:25)
It literally says inspired in the headline: 'Neko Mulally to Wear Chris Kovarik Inspired Kit in Maribor'

Goldfinger (Apr 26, 2019 at 6:50)
@vhdh666: one photo shows kovarik in maribor, the jersey covered with the leader jersey.
And at the lower photo, from Snow Summit Pinkbike writes: "The classic kit that inspired Neko's design in all its glory."

But they're not the same jerseys!