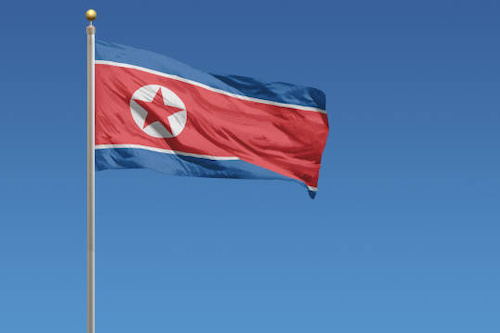 North Korea has become the first nation to pull out of the 2021 Tokyo Olympics due to COVID-19 fears.

The decision was made at an Olympic committee meeting on 25 March, according to a report by the state-run site Sports. North Korea claims to have zero recorded cases of COVID-19, a claim that experts think is unlikely, but still imposed stringent measures including shutting its borders and quarantining foreigners.

The Tokyo Olympics were initially scheduled to run in July 2020 but had to be postponed after Canada and Australia threatened to withdraw from the Games if they were not delayed. While it has never entered any athletes in the cross country mountain biking event, North Korea is the first, and so far only, nation to pull out of the rescheduled 2021 event and, while we doubt it has the same influence as Canada and Australia, if higher-profile nations follow its lead it could lead to the Games being in jeopardy again.

Earlier in February, the Tokyo 2021 Organizing Committee President said the Games would happen "regardless of the pandemic situation", however there have been growing concerns that Japan could be on the verge of a fourth wave of the virus due to more infectious strains being detected. Recently, a preparatory event was cancelled after seven Covid infections broke out at a training camp for the Japanese water polo team and the Osaka leg of the Olympic torch relay has also been cancelled after infections in the city hit record highs.

We'll be keeping an eye on the status of the Games in the run-up to the event and will update you with any news as it comes in.

TwoNGlenn (Apr 7, 2021 at 4:40)
Lots of commenters poised to shove a Dick Pound joke in there somewhere.

lowlightlowlife (Apr 7, 2021 at 4:26)
Obviously, we won everything last year so have no need to go back this year.

lalientoxc (Apr 7, 2021 at 4:31) (Below Threshold)
Obviously there wasn’t any competitions nor olympics last year. So your claims of winning anything are as true as your claims that the leaders in your country don’t use the toilet.

landscapeben (Apr 7, 2021 at 7:23)
@lalientoxc: Note that he lives in Wales mate, the comment is irony, it's not serious... he probably just selected the country as his home country for a laugh.

landscapeben (Apr 7, 2021 at 8:54)
@RayDolor: Yeah, how many people do you suppose are actually mountain biking in North Korea and are allowed a Pinkbike account?

AustinsHardtail (Apr 7, 2021 at 19:48)
@sk133872: Yeah, usually below threshold comments are followed by 12 more (below threshold) comments descending further into madness.

trollhunter (Apr 8, 2021 at 7:34)
Expect fire, furry and new mountain bike trails soon. America going to invade, once smoke settles and all that remains is dirt/ash we will take your country and build on big bike park. Might be a few years for radiation to wear off.

bashhard (Apr 7, 2021 at 4:13)
why do experts think that the claim "zero recorded cases of COVID-19" is unlikely? If you don't record the cases, the statement is always true

ReubenSandwich (Apr 7, 2021 at 4:27)
Other people in North Korea are allowed to be better than the Supreme Leader in something? Or is this the real reason for not going, Kim Jong Un doesn't want to have to win every event.

WestC0astWanderer (Apr 7, 2021 at 18:23)
No, you see every one in who competes for the North Korean team is named Kim Jung Un. That way glorious leader can win by not even competing.

borisimobike (Apr 7, 2021 at 6:48)
This is like the national version of the old “I,too, will be racing without a frame sponsor this year” joke. Not bad NK, not bad

suspended-flesh (Apr 7, 2021 at 8:27)
A very sensible move from a progressive, science-based administration. Also, there might be entrance fees.......

VwHarman (Apr 8, 2021 at 7:38)
Ha! Waiting for how long it took someone to bring up the dollars and cents of it all. North Korea appears to be getting more and more cash strapped, and this is as likely related to not having the means to pay for it as anything else. To be fair, the rest of our countries all operate at a deficit, so we may not have the money to pay for it either...

fssphotography (Apr 7, 2021 at 7:34)
Slow news day at pinkbike requires barrel scraping of news wires... only thing left is North Korea.... F++K it, im sure its a conspiracy to make the comments section buzz and get some click bait going....

craigcanucks (Apr 7, 2021 at 7:43)
Congratulations, you have become a moderator of r/Pyongyang.