The Enduro World Series returns this weekend as the grand finale to Crankworx Rotorua. It has been a turbulent off season for the discipline but everyone will be looking to put that behind them between the tape. Here's a quick look at the race ahead and our predictions for who will take the top spot among the Rotorua Redwoods. 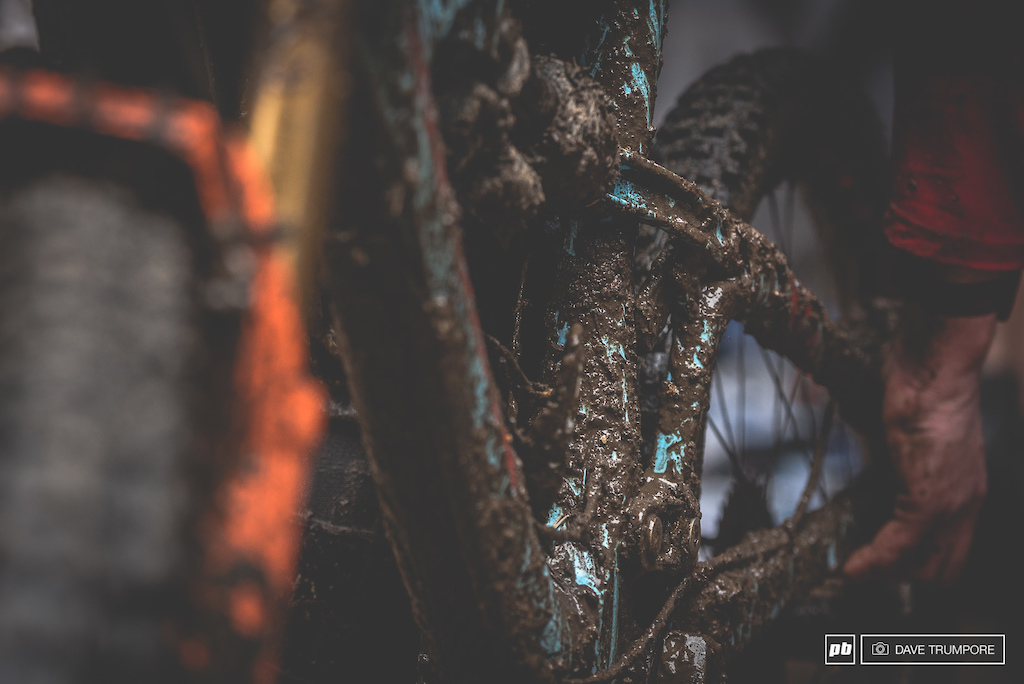 The last EWS here was in 2017 and was won by Wyn Masters and Cecile Ravanel. It was a total wash out (the first of many that year) and was described at the time as one of the hardest EWS races ever. The Kiwis proved they could tough it out better than the rest, locking out the top three spots with Sam Hill in fourth. Ravanel took the win in all but one stage to lead out Ines Thoma and Anita Gehrig. 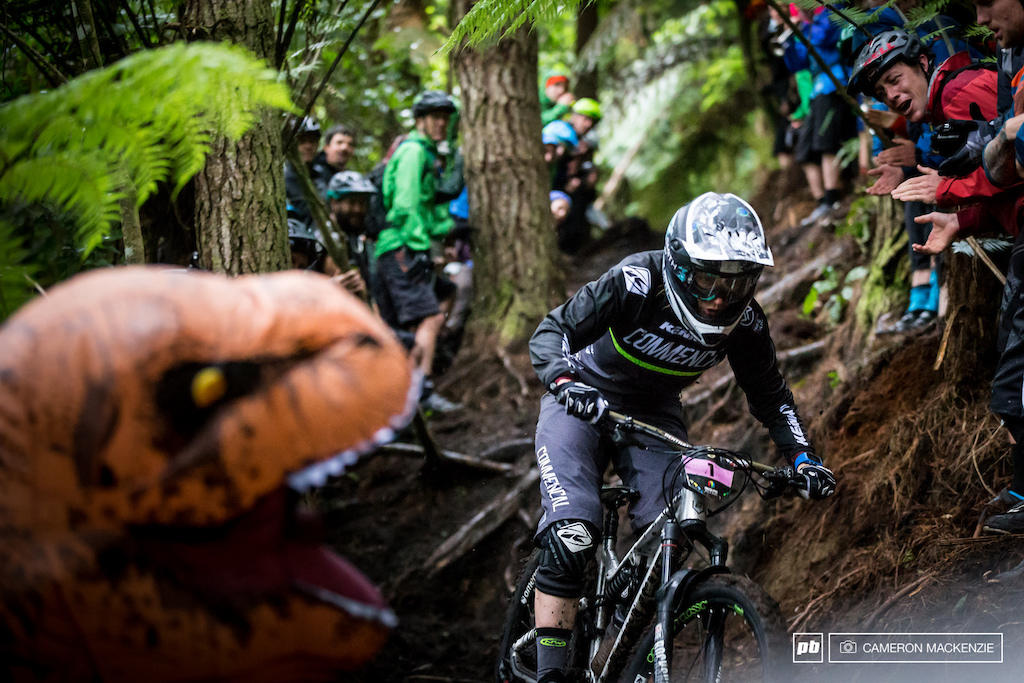 Last year there was an EWS qualifier too. Although the field wasn't as deep as an EWS, the result was the same, Kiwi male domination as Keegan Wright led out Sam Blenkinsop and Matt Walker, the first rider from another country came in 23rd. Casey Brown took the women's race ahead of Ronja Hill-Wright and Vaea Verbeeck.

The Route
It's a bit of a different route for the 2019 event from the 2017 event. It's longer by 2km but there is slightly less climbing so it probably evens out to about the same effort wise. The trails are mostly in the bike park, but there's only one section of chairlifting allowed, all the other turns are earned. 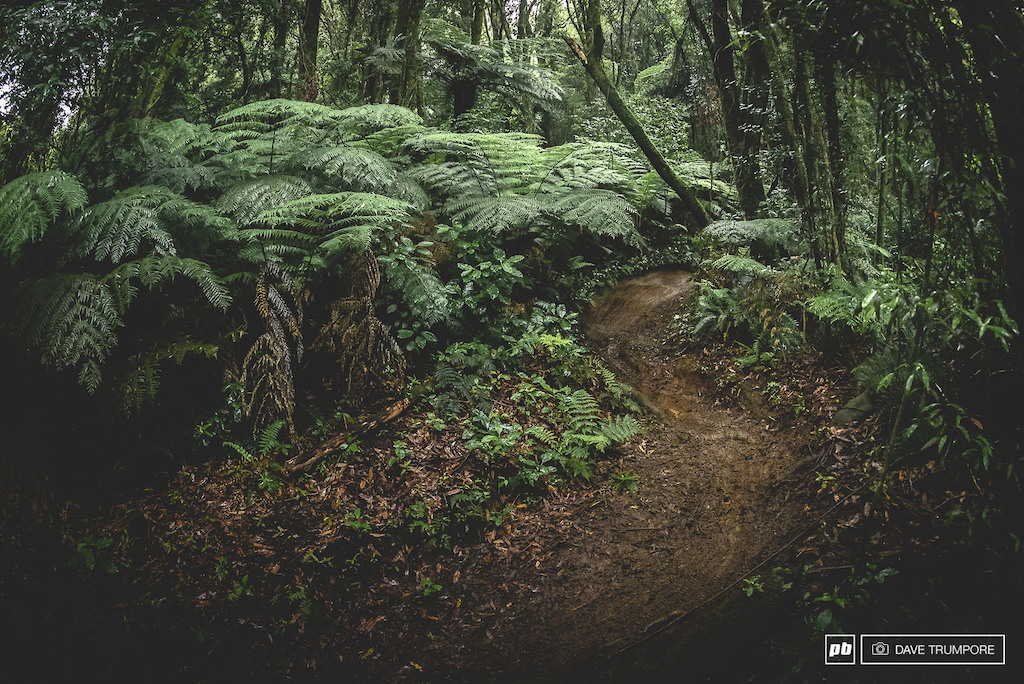 Weather forecast as of Thursday 20 March Live updates from Accuweather.

It would be foolish to count out the Kiwis here, and that's exactly what I've done. Rain shouldn't play as big of a role this year as in 2017 so I'm banking on the results being a bit more conventional this time out. Martin Maes had a strong end to the season so despite an infection after Trans NZ, I fancy him taking the fight to Hill from the first round and coming away with the win. Keegan Wright has been on a tear this week with a win in the dual slalom and 10th in the Air DH, I'm backing him to snaffle that final podium spot.

With Cecile out recovering from her broken back, the door is open for Isabeau to take her second ever EWS win. Ines Thoma's strong result last time out here gets her my nod for second while Katy Winton was the only woman to take a stage win here in 2017 other than Cecile, so I think she will take third.

Think you've got some better predictions? Put your money where your mouth is in the Fantasy Enduro league: 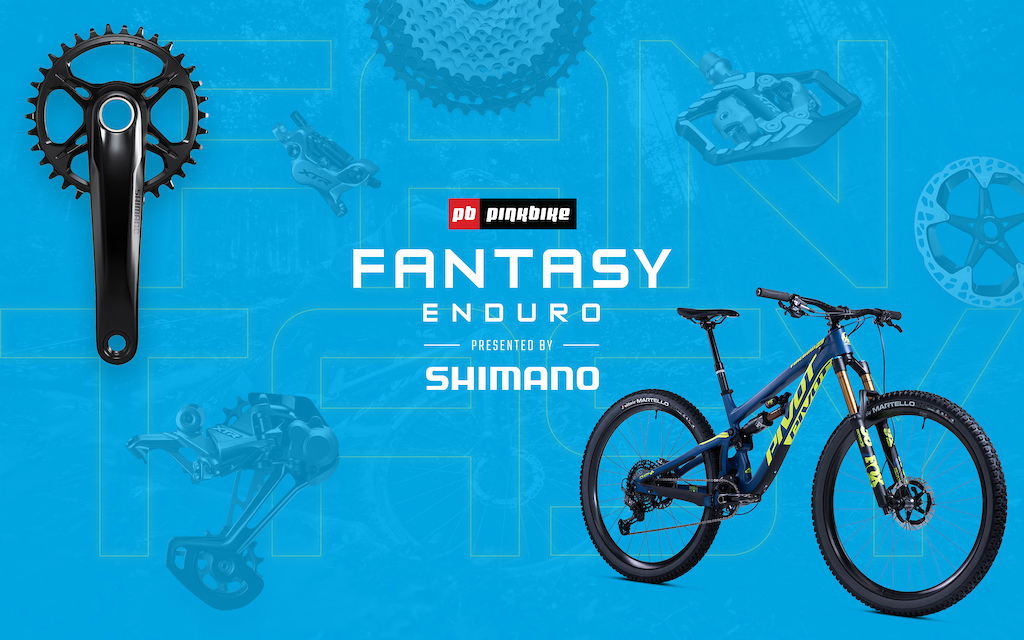 stephenllama (Mar 21, 2019 at 12:04)
Seriously, thank you Pinkbike. The coverage of events and races has been absolutely incredible this year. The fantasy leagues are already a blast to be in and there is always something interesting to read, watch, look at, or listen to. Really well done this year guys!

Boardlife69 (Mar 22, 2019 at 0:15)
Agreed. But to take it to the next level we need racer profiles with their stats so we can make a more informed guess as to who might come second place to Sam Hill.

Who's injured aside form Cecile?

Jimmy0 (Mar 21, 2019 at 13:11)
Dumb question, but are there two enduros this weekend? Like the crankworx enduro and the ews enduro are the same thing riggt?

darkmuncan (Mar 22, 2019 at 2:47)
Cmon man the 1st line "The Enduro World Series returns this weekend as the grand finale to Crankworx Rotorua."

enduroFactory (Mar 21, 2019 at 13:56)
Results same as last year, no change apart from Cecile and maybe drop winton off podium for bex

Sontator (Mar 22, 2019 at 1:38) (Below Threshold)
Since he had to quit the dope the falloff in performance would be pretty obvious i guess so better stay put until the right spin is found.

vinay (Mar 22, 2019 at 1:43)
There can be no predictionator without the Astonator but don't be such a hater as if you just wait 'till a little later you can see how who wins and then try to date her.