In one of the oddest collaborations we've seen in recent years, premium road wear brand Rapha has teamed up with Palace skateboards to launch this kit for the Education First team at this year's Giro D'Italia. It features the Palace Duck, white polka dots and, inexplicably, a bearded man sniffing your arm pits. The EF press release say, "For a truly fresh perspective on the sport, we’ve teamed up with a company that is alien to cycling’s aesthetic, oblivious to its origins, and untrained in its traditions".

We hate it, now where can we buy one? 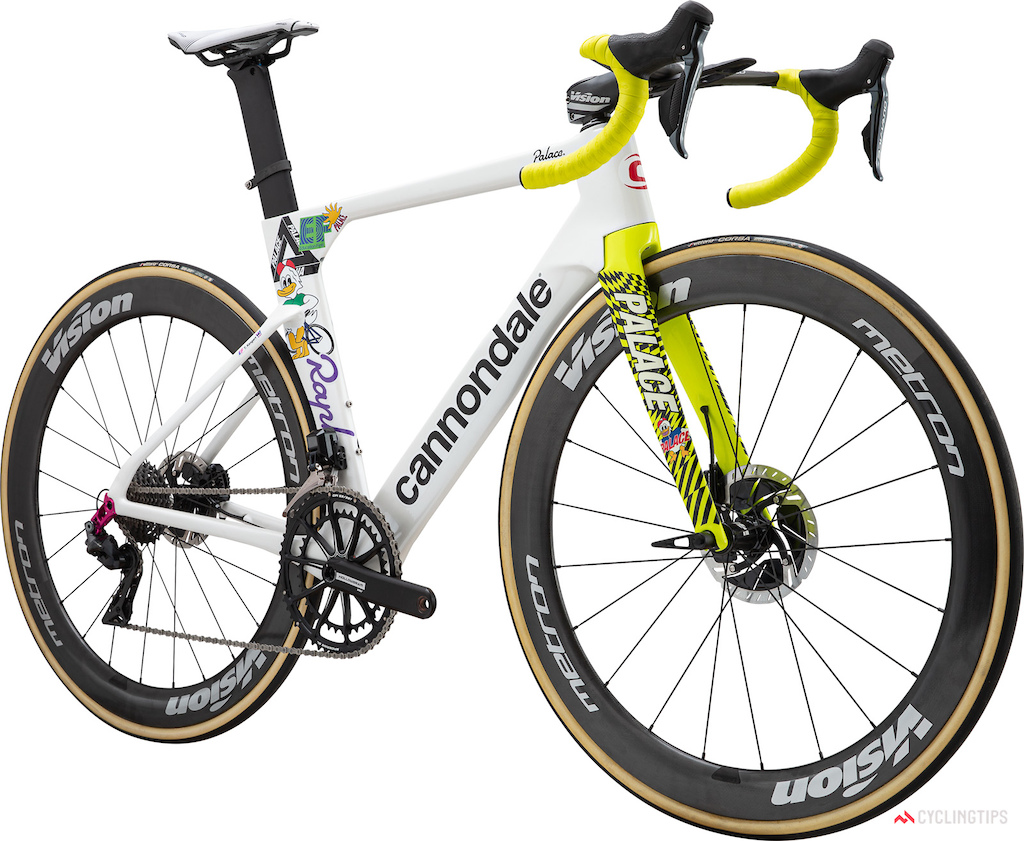 Of course, there's a matching bike too.
Absolute proof your bell is obsolete

When Semenuk first fitted his freecoaster and half cabbed first big drop in the Boneyard at the Crankworx Joyride in 2016, he kickstarted a trend of riding back wheel forward in mountain biking.

Since then we've seen backwards riding become a standard part of competitions and edits and one of the main areas of progression in the sport. The latest in that line is Alec Eklöw, who has become a bit of a fakie specialist. His latest trick is to flair an open loop that's landed in fakie, which we think is a world's first. A flair is a combination of a 180° rotation and a backflip that riders normally do in quarterpipes to ensure they can ride out forwards. Alec did his flair on an open loop, which means the 180° rotation sees him ride out backwards in fakie.

Alec can also pull a 180 barspin to fakie and a 540 to fakie.
Surfing WIzards

Maya Gabeira Rides the BIggest Wave of the Year


Speaking of surfing, here's Maya Gabeira riding the biggest ever wave by a woman and the biggest wave ridden by anyone of the 2019-2020 Winter season. She rode the wave in Nazare, Portugal and Guinness recently confirmed it bests her own previous record by five and a half feet, with a confirmed measurement of 73.5 foot (22.4 metres). The wave won her the cbdMD XXL Biggest Wave Award and the wave was later validated by the Red Bull Big Wave Award.

Levy's Finds of the Week 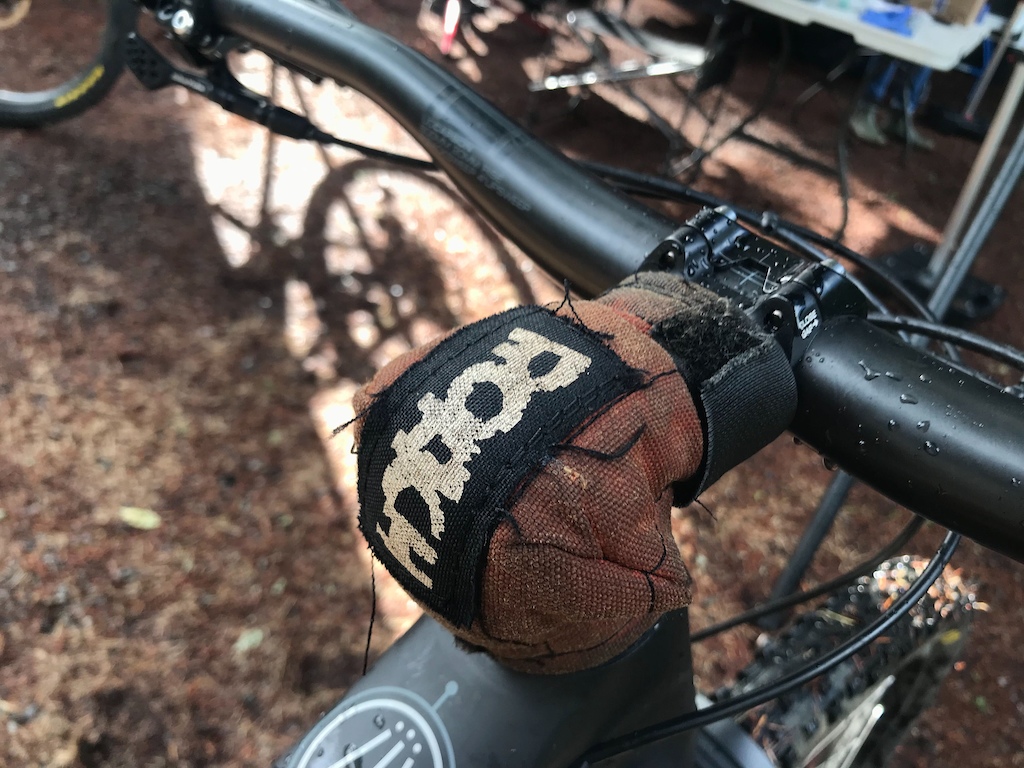 Nothing to see here, just an 80mm stem on a Druid with a Roach ball pad. 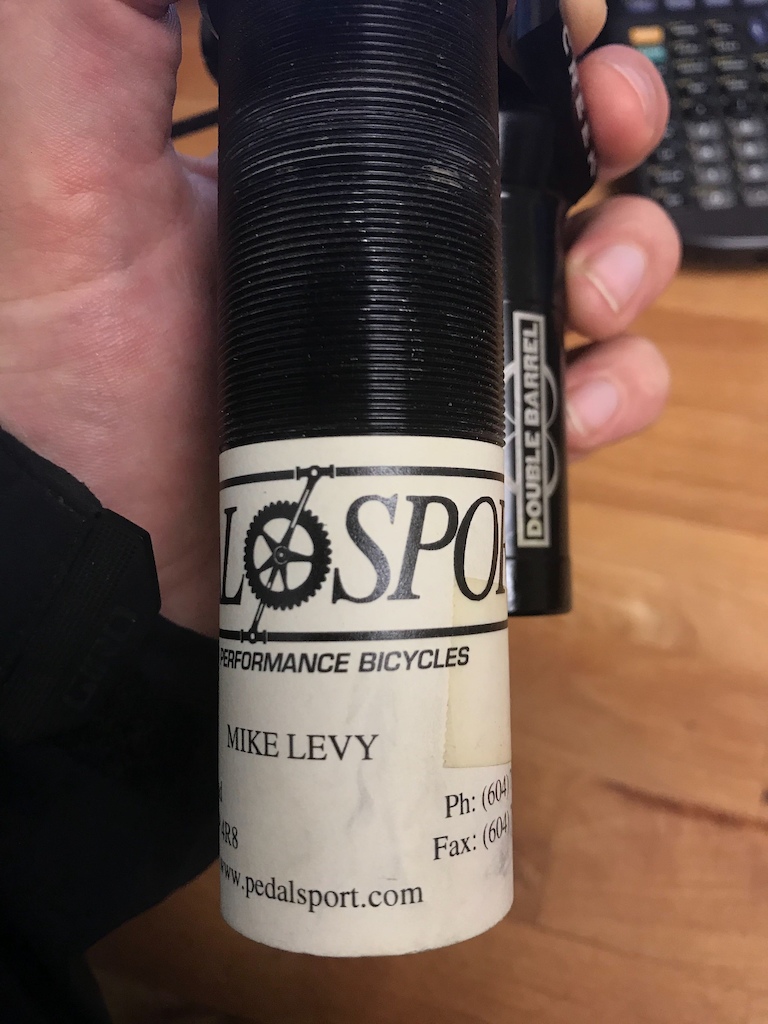 This week Cane Creek found an old broken shock from an Orange 224 that Mike Levy had sent to them 17 years ago to get fixed.
Baron Corbin Takes a Tumble

The WWE star hits the mat after a tussle with a fallen tree.

A bit of a step up from waving an iPad around the bottom bracket.

MrNC (Oct 2, 2020 at 12:59)
All in for that Palace Kit, pro cycling be it road/mtb is so stuffy and conservative its nice to see something way out there.

Supreme did it with Santa Cruz but this takes it to another level. When that Rapha mtb kit gunna drop tho?!

Willemhc (Oct 2, 2020 at 13:21)
@MrNC: Agreed. Riding and racing bikes is honestly my absolute favorite thing to do with my time. But I'm not that into the racing communities even locally.. I grew up skateboarding and think there's a lot to learn from that "sport."

Paddock22 (Oct 2, 2020 at 14:42)
@Svinyard: Well then they will be laughing all the way to the bank because I guarantee all of this stuff sells out almost instantly

ceecee (Oct 2, 2020 at 15:18)
Bearded man sniffing your armpit should be a compensated likeness of Wyn Masters. Don't forget the $628 après-bike parka

Molesdigmyjumps (Oct 3, 2020 at 5:53)
@twozerosix: aw mate that description made me laugh. That’s exactly what every Sunday morning looks like!!

And will the new $20k E-Surf boards get constant, an i mean constant reviews in regularly surfing publications?

kookseverywhere (Oct 2, 2020 at 15:23)
Depends on the e-surf boards advertising budget i guess

Somedude0nabike (Oct 2, 2020 at 12:29)
Choking the chicken while you ride is effective at alarming other trail users.

Math is a little off, but not a lot. Crazy to believe the DB is ~15 years old!

endurogan (Oct 3, 2020 at 6:26)
Shock was so bomber but so confusing the techs forgot how to service it and just figured it out now

bike-nerd (Oct 2, 2020 at 12:44)
Yep there is definitely a difference between fakie flair and flair to fakie

If anyone thinks bike prices are crazy now, watch how much those Palace/Rapha pieces go for on the secondhand market...

SJP (Oct 2, 2020 at 13:18)
Palace Skateboards?? They have 96 non-skate clothing items and other randoms, and one skateboard (with a marketing tagline of "covid best not anus pump my holiday"). They must be buying those Cannondales retail.

hambobet (Oct 5, 2020 at 1:28)
tbf they sell their decks (and yes there are more than one) at a classic British affordable price of £40, when most other US brands sell for £60+ over here. They also opened an indoor skatepark in south london for a year with free entry, and do have some sick riders. They basically milk the trendy cash cow and feed it back into UK skating so despite appearances not all bad.

ceecee (Oct 5, 2020 at 10:32)
@hambobet: their branding is excellent and it looks like they pay writers. I just need to know if I can pair my Velaxation Joggers with my Chapping Arms Top--'Roll through like a sheep'--and still be cool. Palace could have been the costumers for Sexy Beast and The Krays, if middle-aged gangsters skated....

ABhardtail (Oct 2, 2020 at 13:01)
Perhaps DSD could sell us a cartridge that optimizes the compression characteristics of our chickens?

(And GTFO with that reboot crap)

DavidGuerra (Oct 2, 2020 at 16:17)
I would build a museum just to house that Cannondale beauty. What a contrast to the incredibly drab off-the-shelf ones...

d-conners (Oct 2, 2020 at 13:39)
Palace kit hits different than all the other roadie kits. So sick to see cycling involved with a brand like palace