YT Industries have teased a new trail bike in their video that encourages riders to make sensible choices during the coronavirus pandemic. It's a worthy message and one we wholeheartedly support, but it wasn't the only thing that sprung out from the video.

The first thing we noticed was Chris Hilton mentioning a "new Capra" but we also spotted that YT used the video to tease a new bike that we haven't seen before. It looks to be a new frame and along with it, a suspension design that we haven't seen from YT before. While YT have always used a Horst Link, which they call Virtual 4 Link, we're used to seeing shocks mounted horizontally on their bikes, this time however the shock is mounted vertically. 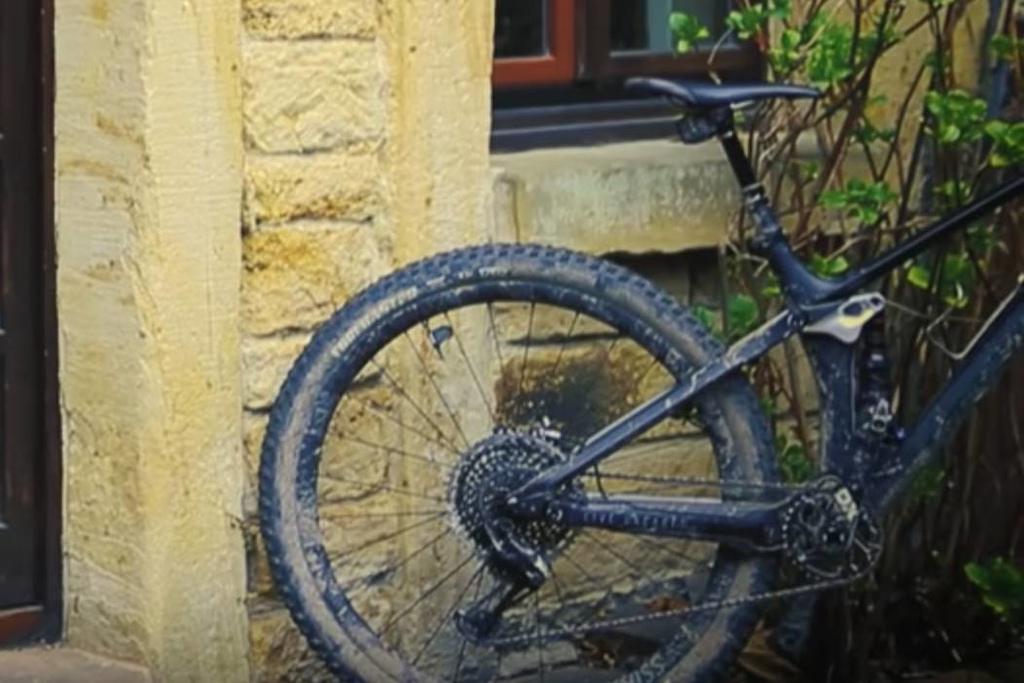 What else can we tell? Well, if we were to take a guess at the purpose of this bike, we'd put some money on it being a short travel trail/downcountry bike. YT have travel brackets of 150mm and upwards pretty well covered with the Jeffsy, Capra and Tues, so it makes sense for them to have something a bit more sprightly in their line up. If we were to look even closer, we can see that the bike is specced with a Maxxis Forekaster rear tyre - an aggressive XC tread that isn't the kind of rubber you'd put on an enduro-focussed bike. 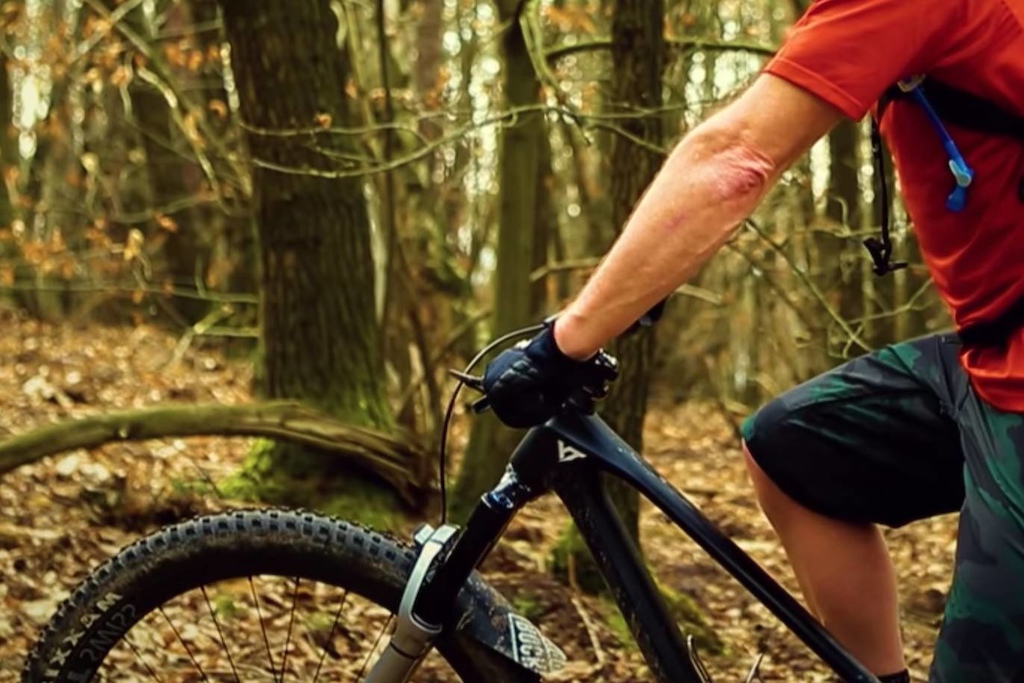 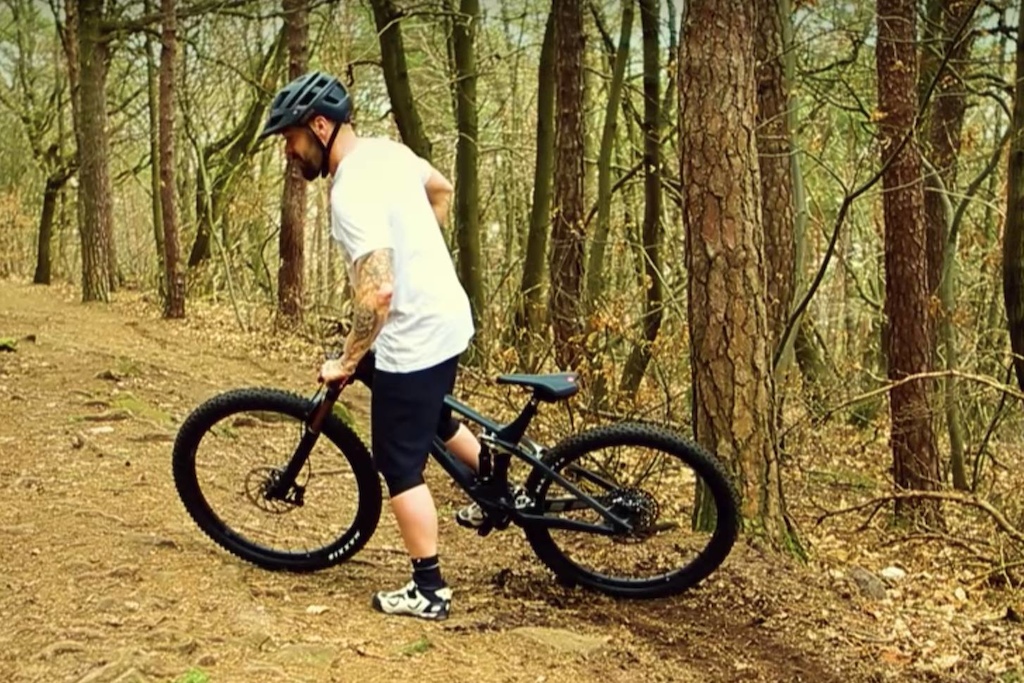 We reached out to YT to see if they could tell us anything else and all we they would tell us was:


Watch this space for more information as and when we get it but for the meantime follow YT's advice and that of your local health authorities.

@mikekazimer seems to be all in. Might be a crappy situation if he is wrong.

scotttherider (Mar 25, 2020 at 13:54)
@mikekazimer: I’ll mail you four rolls of toilet paper and a 2liter of purell to roll out the review tomorrow!

Shredtheduck (Mar 25, 2020 at 10:02)
Just Norco bring out an Optic Alu with sensible spec and end the trail bike market

pourquois-pas (Mar 25, 2020 at 10:39)
I doubt they ever will. With the Fluid FS in the line-up there'd be a lot of overlap. Geo is close, the Fluid is arguably more downcountry and massively better value.

islandforlife (Mar 25, 2020 at 15:03)
@robwhynot: Demo'd a Fluid about a month ago because I'm waiting for my new bike and it was all that was available. Took on a group ride on some nasty BC chunky enduro style terrain... I bottomed the shit of it multiple times (maybe could have set up the suspension a bit better, but it was a demo so whatever), but the thing took it all like a champ and was really fun, and didn't stop me from keeping up. I'm not sure it's something you'd want to subject that bike to long term and I was more tired and beat up... but, great bike for the price.

mountainsofsussex (Mar 25, 2020 at 11:22)
What the hell is going on with the middle picture (red shirt)? The YT logo is the right way round, but the Maxxis logo is mirrored??

mountainsofsussex (Mar 25, 2020 at 13:49)
@GhostRing: weird though, as the shot in the video is the same as the photo. Did they really bother flipping the video for continuity, then correct the YT logo in after effects or something?

oneheckler (Mar 25, 2020 at 14:26)
They are just teasing ,because of the covid ,and I hope so cause the YT are very good looking and well very well balanced bikes ,and to bring that design that looks like a .......(no gracias)

DylanRodriguez28 (Mar 26, 2020 at 1:05)
Everyone saying.. looks like a session/ransom/canyon/optic... chill @SCOTT-Sports isnt going to be giving away another gambler

Whatajohnny (Mar 25, 2020 at 10:57)
Saw Cam Zink riding something similar to this on Cam McCaul's YouTube Channel

daugherd (Mar 25, 2020 at 11:15)
actual looks like it might be steep but could be the front wheel is sitting higher, the BB is pretty far back though so Eff STA could be pretty steep depending on how long your legs are I suppose.

That's pretty much what we're doing, so it makes sense to me.

Riding is all time right now, but I can ride from my house.

You still exercise, albeit solo.

ChristophColombo (Mar 25, 2020 at 19:06)
It only makes sense for Banshee to do that because they mainly (only?) sell frames. YT only does complete builds, so there's no point in offering backwards compatibility. Any YT you buy will come with wheels.

If you do have a baller set of non-boost wheels, buy a Banshee. They're awesome.
Below threshold threads are hidden