Trailer: 'The Old World' Features Some of Europe's Wildest Riding

The Tillmann Brothers and co-producer Red Bull Media House are ecstatic to release the official trailer of their newest bicycle movie The Old World - A Mindtrip Through Europe presented by BMW today. 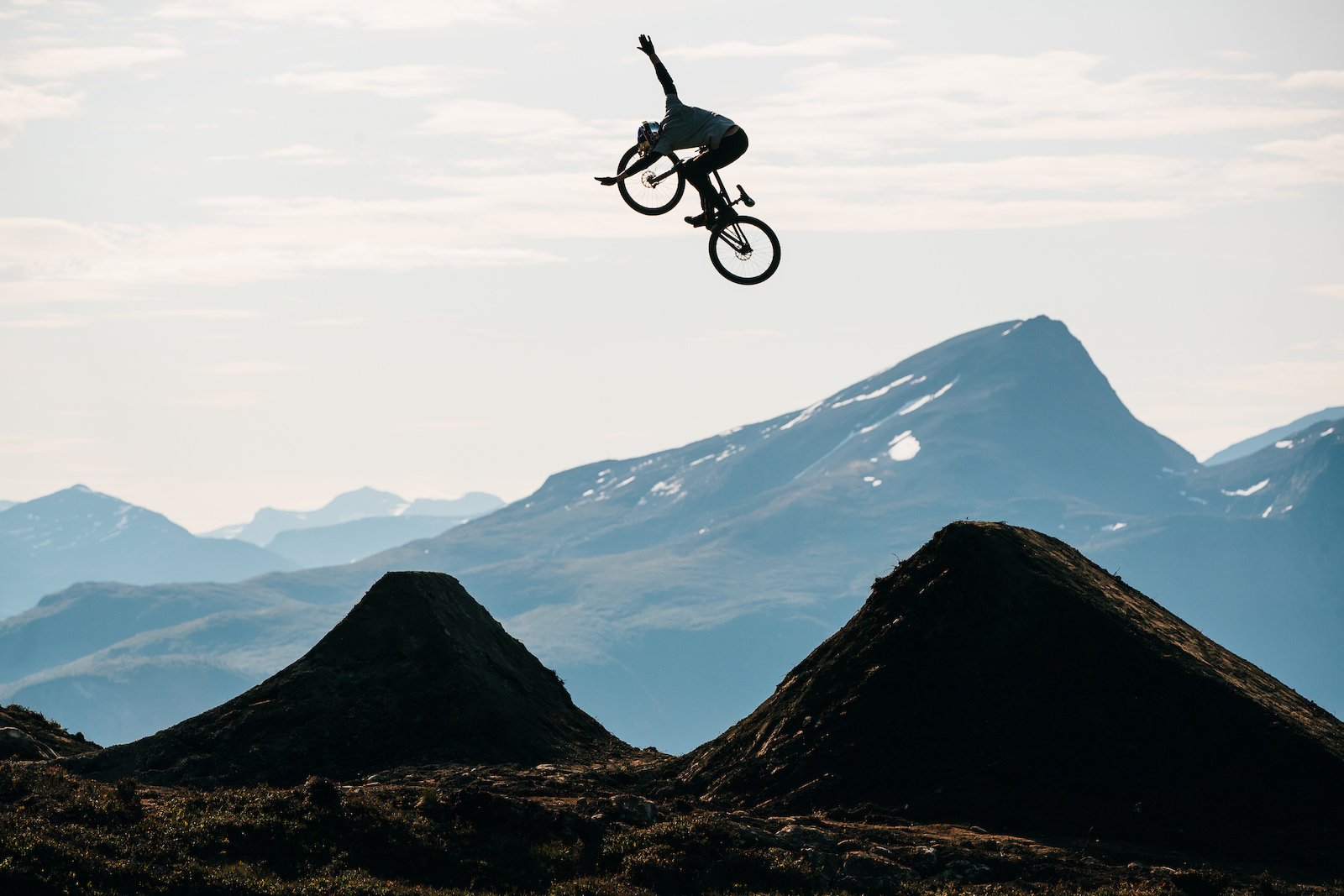 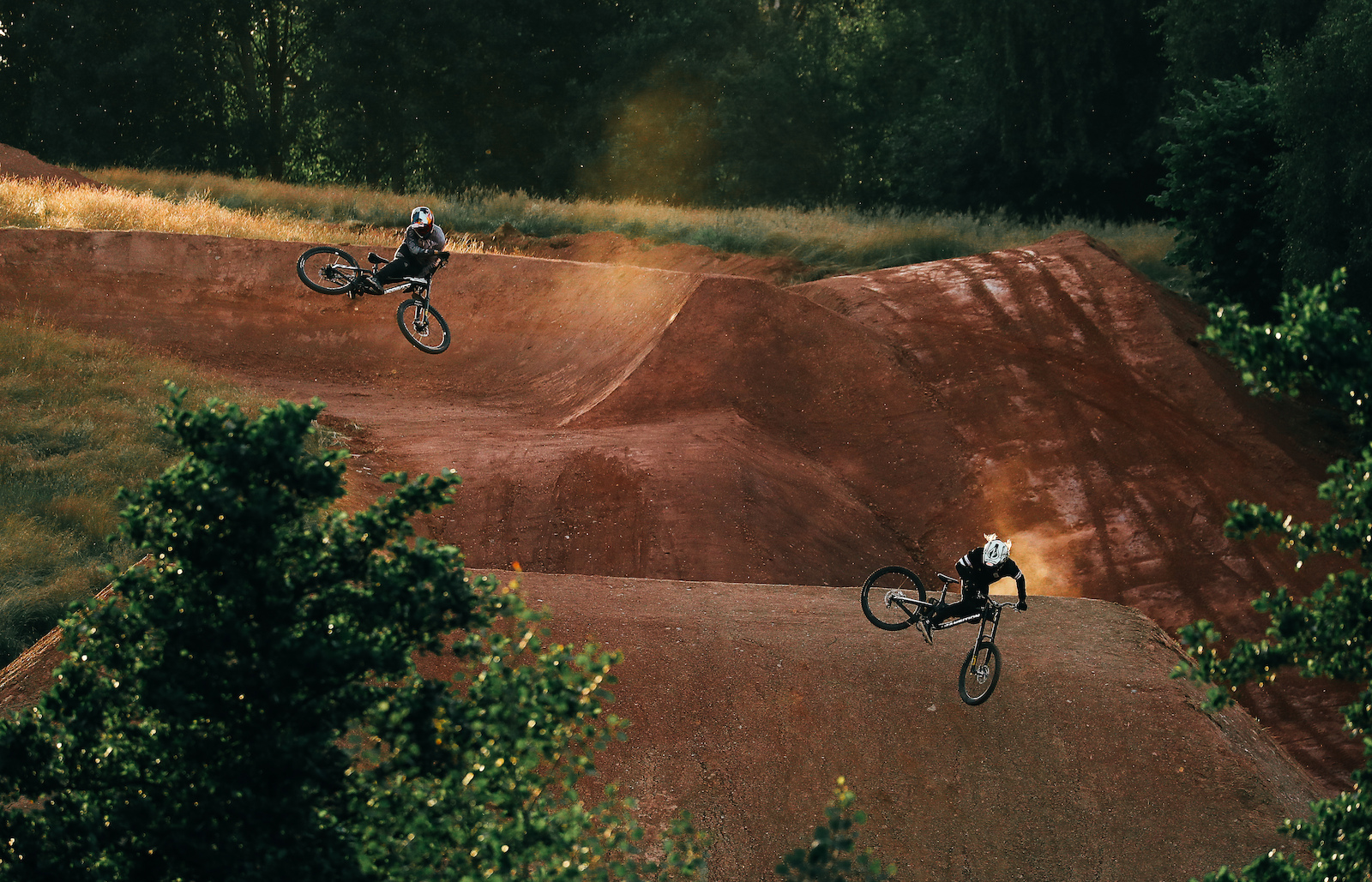 Perfection by Nico and Szymon. This part will be straight fire! 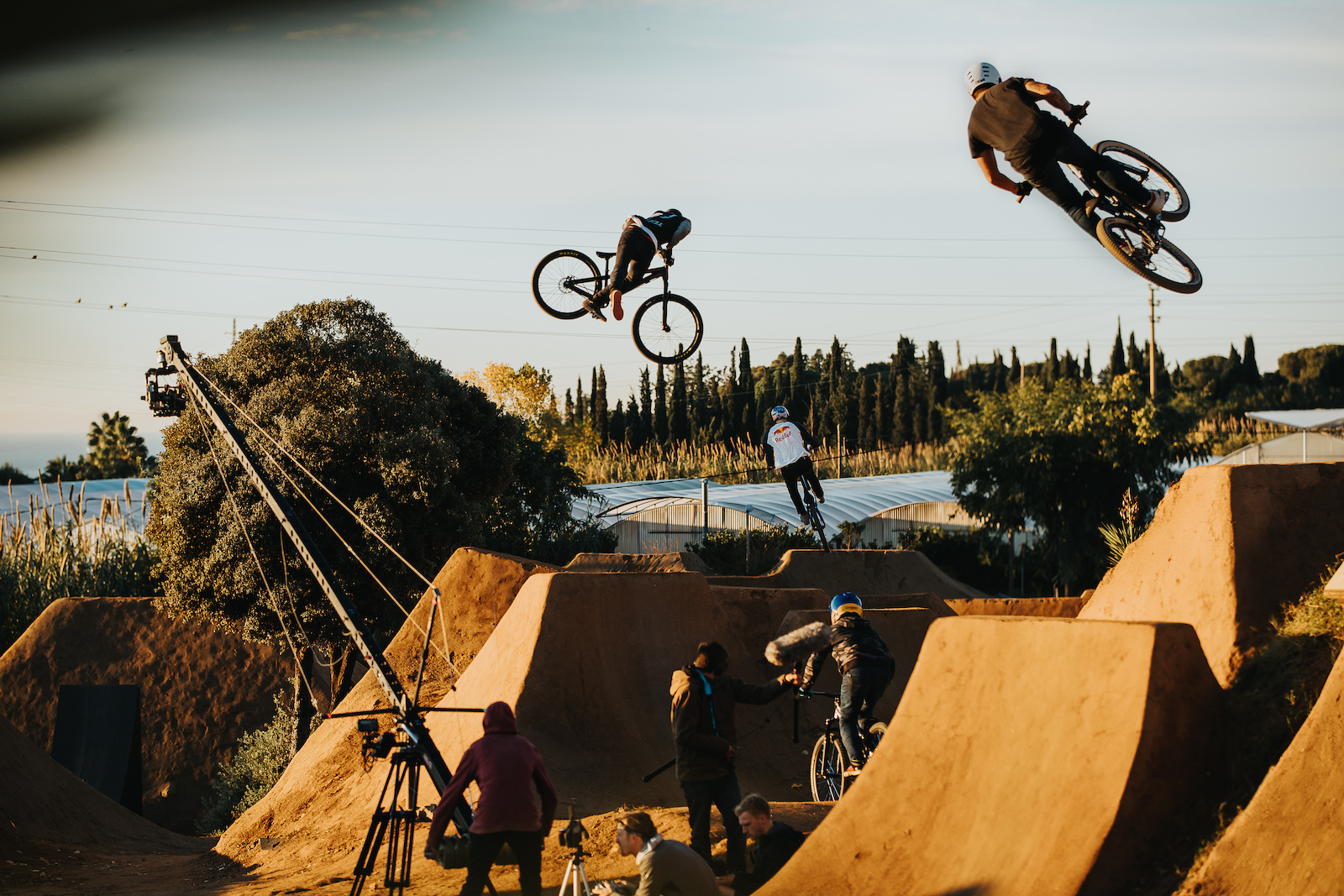 The most legendary jumps of Europe with a heavy gang.
Four years in the making with two years of principal photography, The Old World is the first dedicated European bike movie that bridges the gap between mountain biking and BMX and shows Europe's heavyweights of biking and most beautiful landscapes. 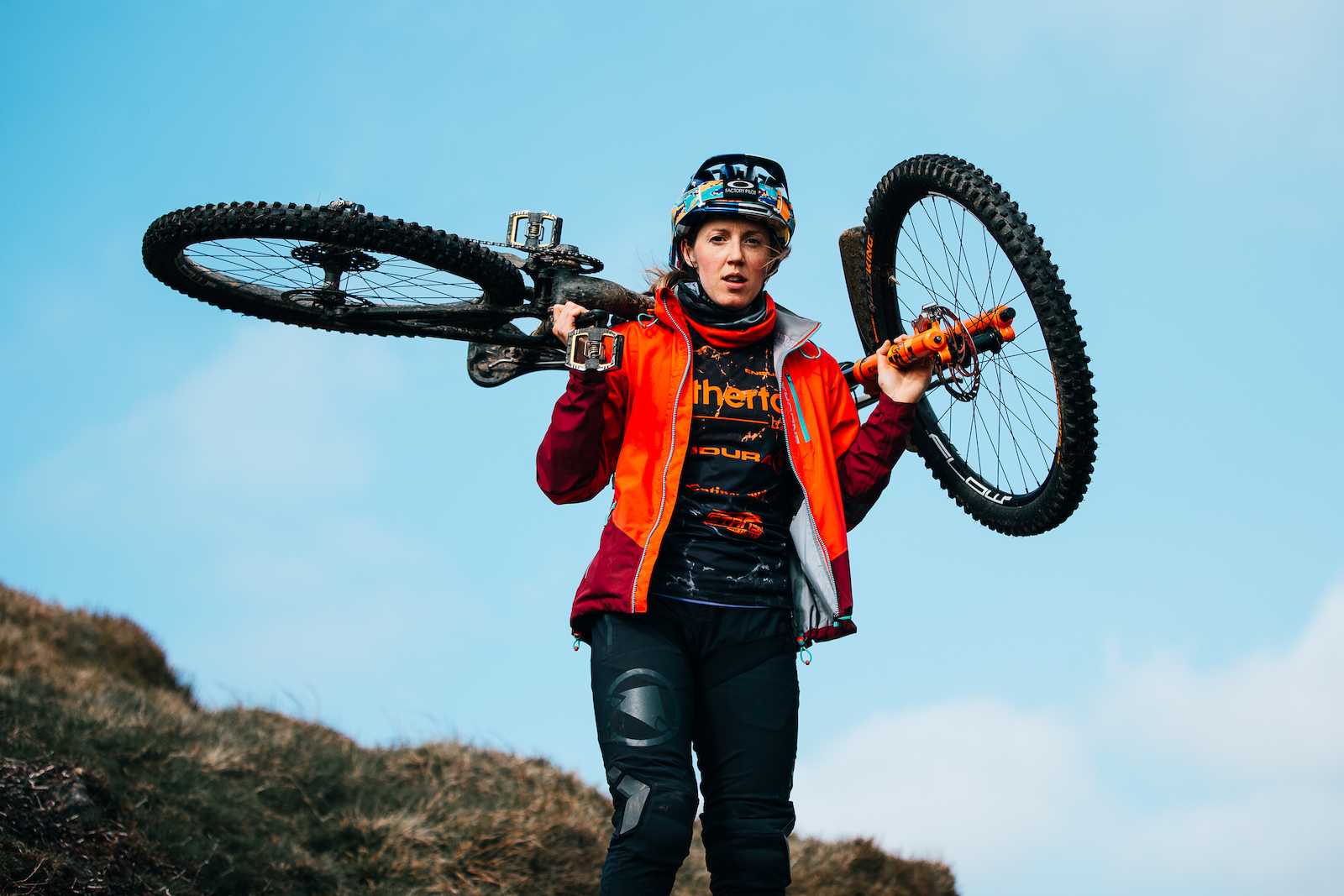 The fastest woman on earth is back on track after a gnarly injury! 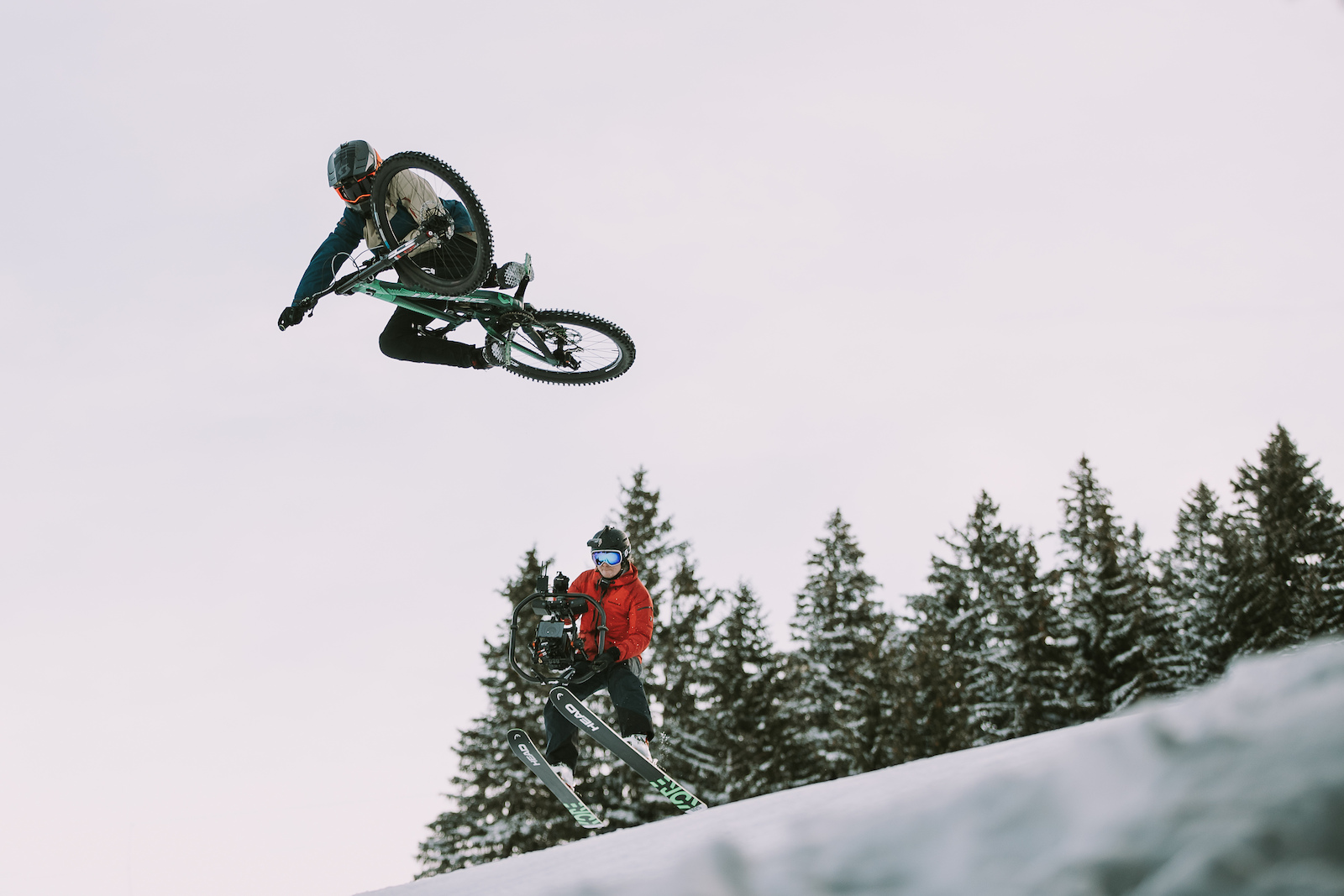 Vinny T riding the French Alps as nobody else does. This part will turn heads. 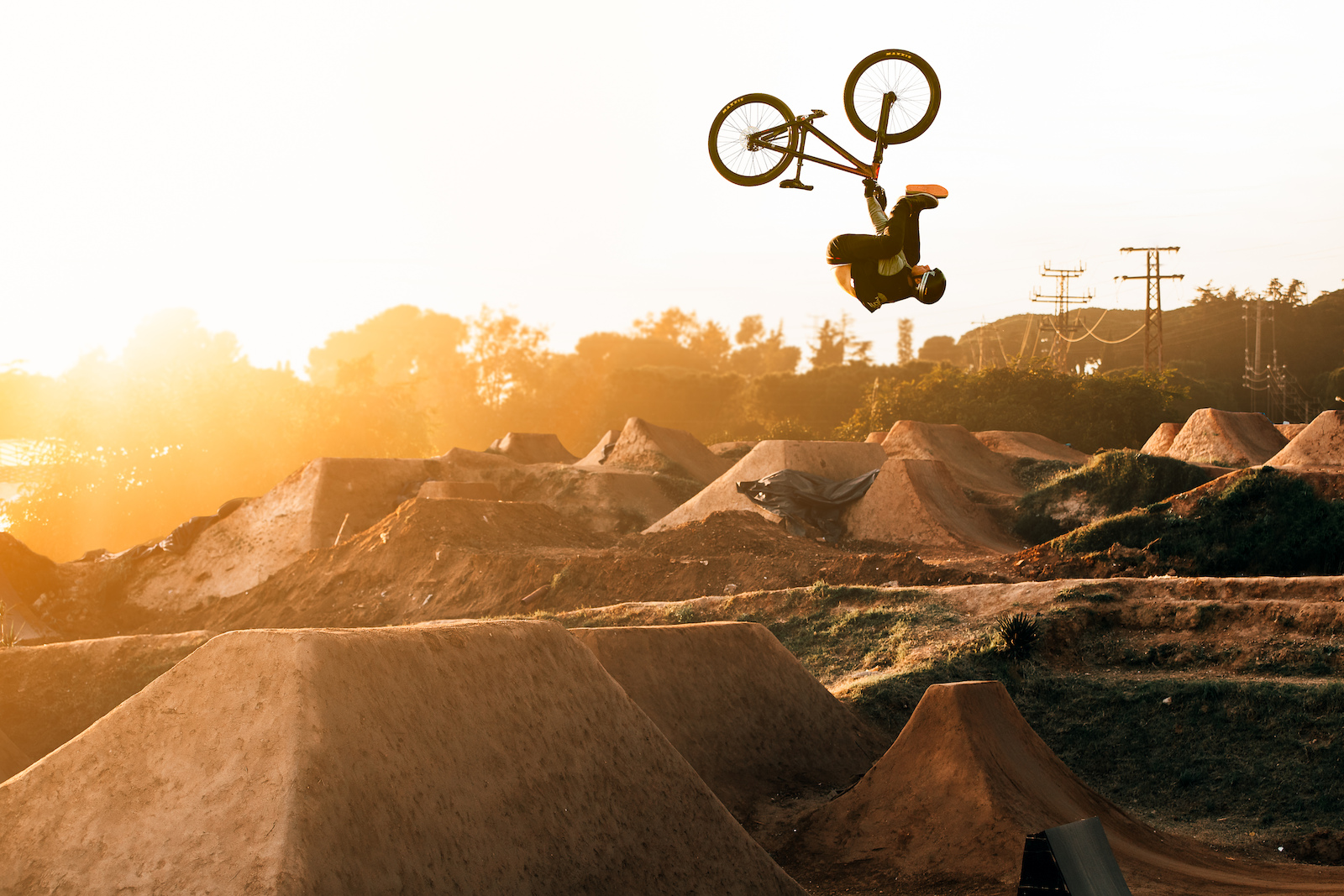 Heavy hits by the German talent Nico Scholze.
15 athletes, eight disciplines, seven countries and 100% Europe. The Old World is the first dedicated European bike movie bridging the gap between mountain biking and BMX, but also between action sports movies and feature films. Four years in the making, The Old World was produced using the highest filmmaking standards in order to bring to the screen a premium sports movie. Remote fjords in Norway, magic Scottish Highlands, rough Alpine mountains and metropoles like Paris were all visited by the team as they travelled for two years to capture the rich European riding landscape and its mountain biking stars. 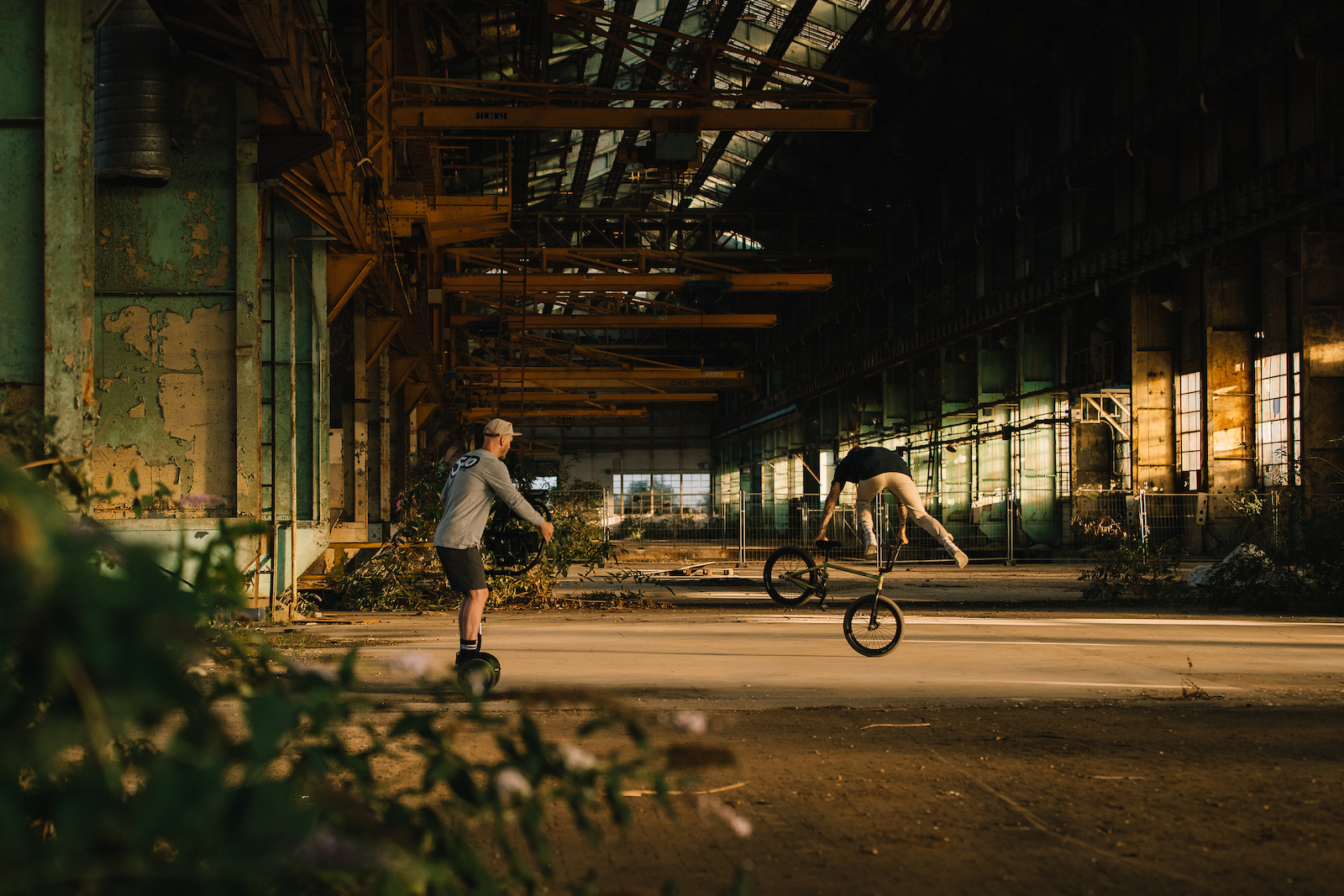 Jurassic park much? The team found some very exciting new locations together with Matthias Dandois. 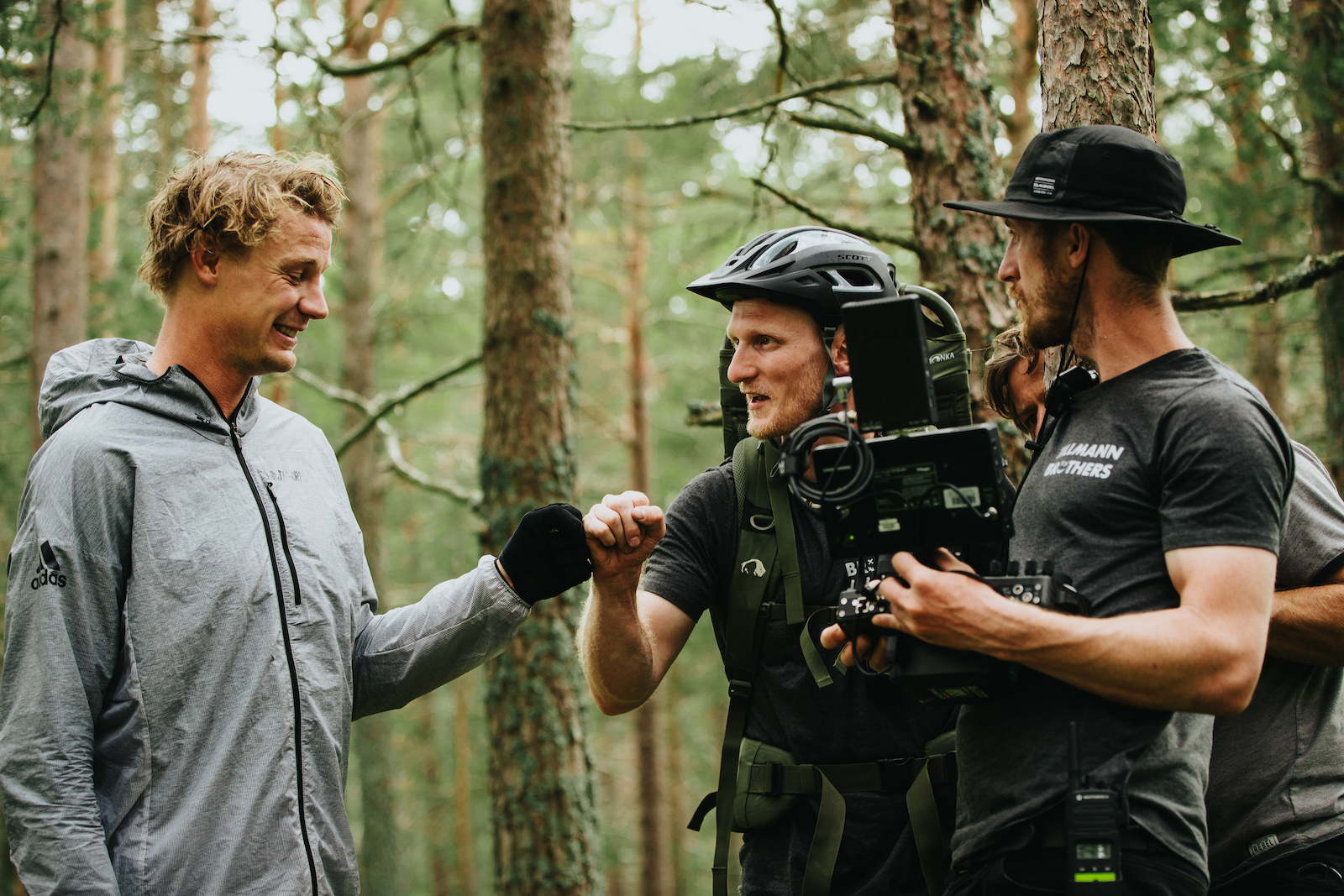 Happy faces, fancy gear and a sick location? We can't wait to show you these shots with style legend Martin Söderström
In a unique way, The Old World portrays the various disciplines biking has to offer while telling the story of imagination and passion. Something every rider, sports fan and dreamer can relate to. Did you ever ride the contours of the passing landscapes with your hand on the passenger seat? Did you ever stare into a beautiful picture and it becomes alive in your mind? It’s this kind of imagination we all share. In an artistic side story, we follow newcomer Bless Amada who plays the role of a passionate mountain bike fan and analog photographer on a mindtrip through an imaginary world that opens up a new dimension of biking. Shot in a dedicated way each segment portrays a certain discipline, mindset and landscape to show the diversity of Europe’s riding culture and landscapes, capturing the essence of European biking. 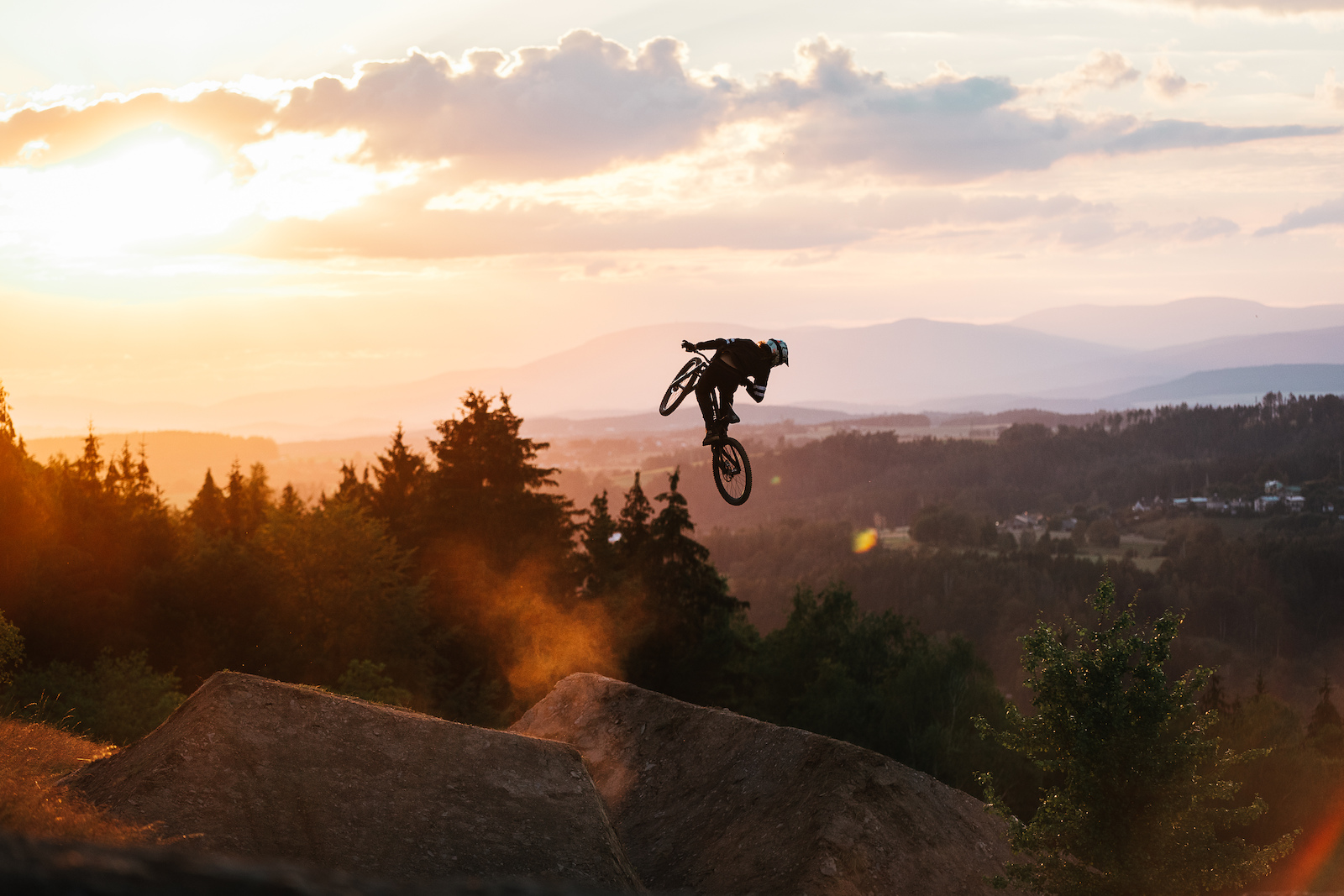 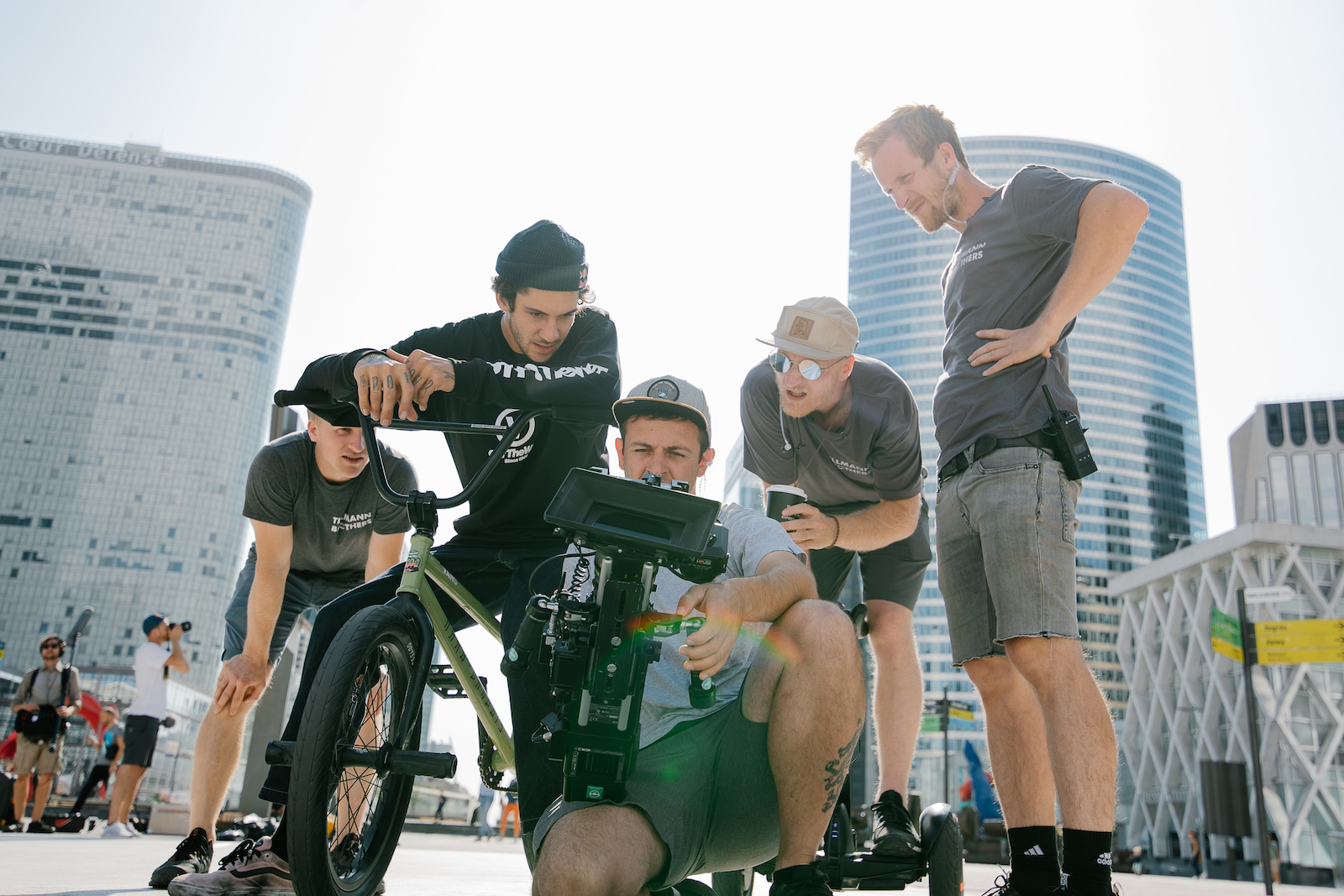 Did he get the shot? 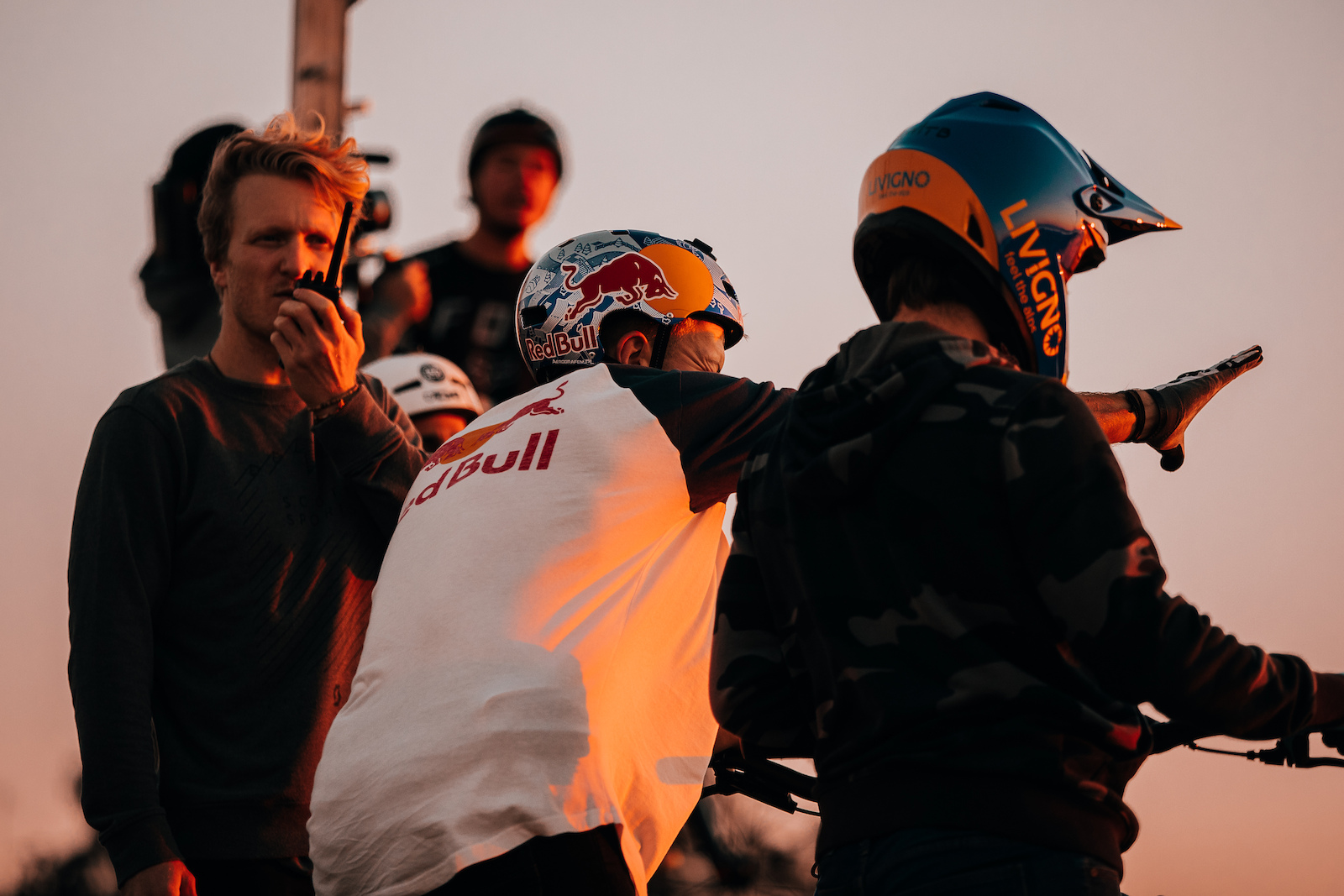 Director Andi Tillmann getting the gang ready to drop in in one of the countless golden hour sessions. 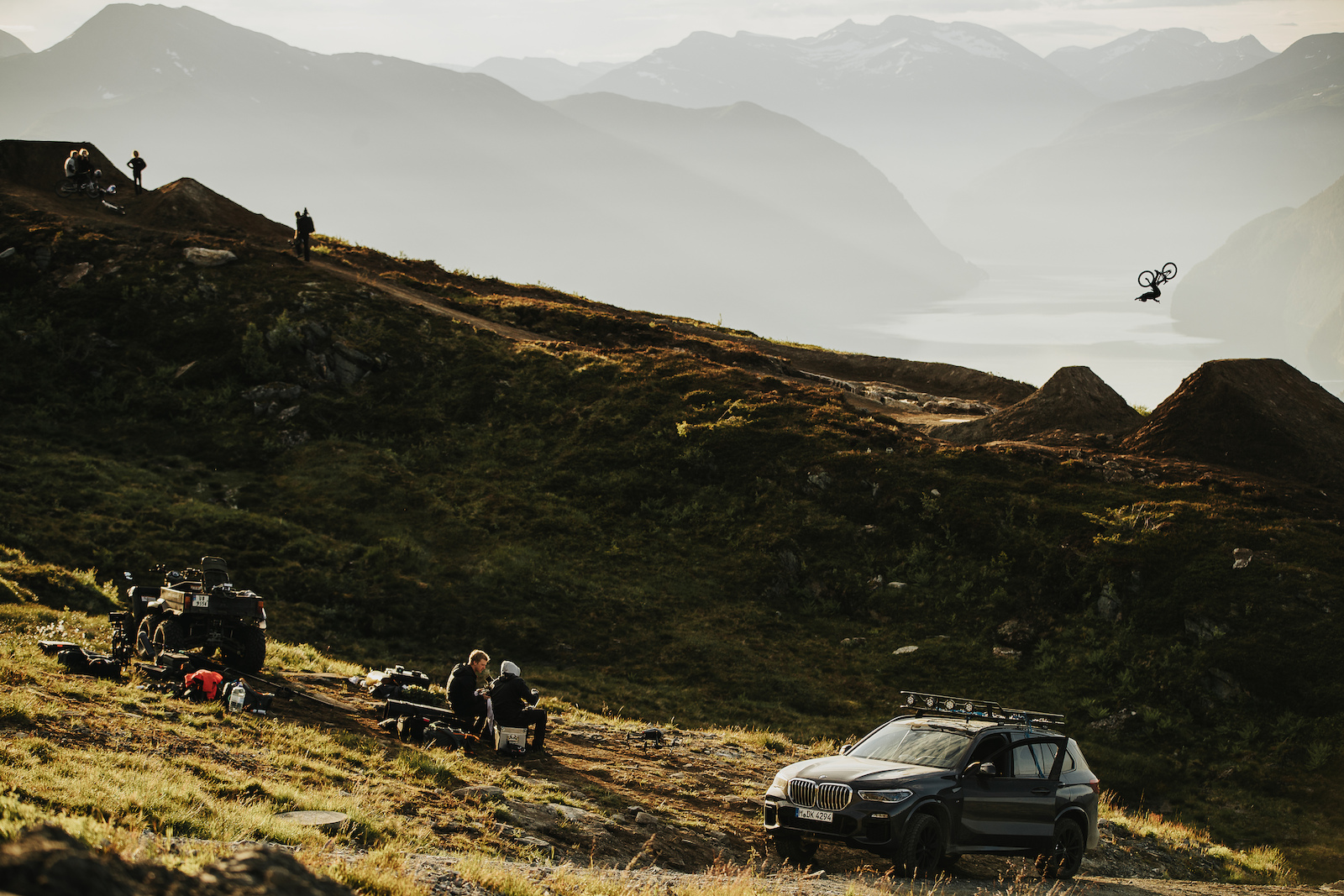 The Tillmanns have been internationally known for over a decade as mountain bike athletes with Team InFocus that produce high-quality content of their world adventures. From this very personal base, the idea of producing The Old World came about as fans were always asking for a long format feature from the brothers. Focusing their collective efforts on their core business of filmmaking, on this project they decided to step behind the camera concentrate solely on delivering the absolute best movie they possibly can. 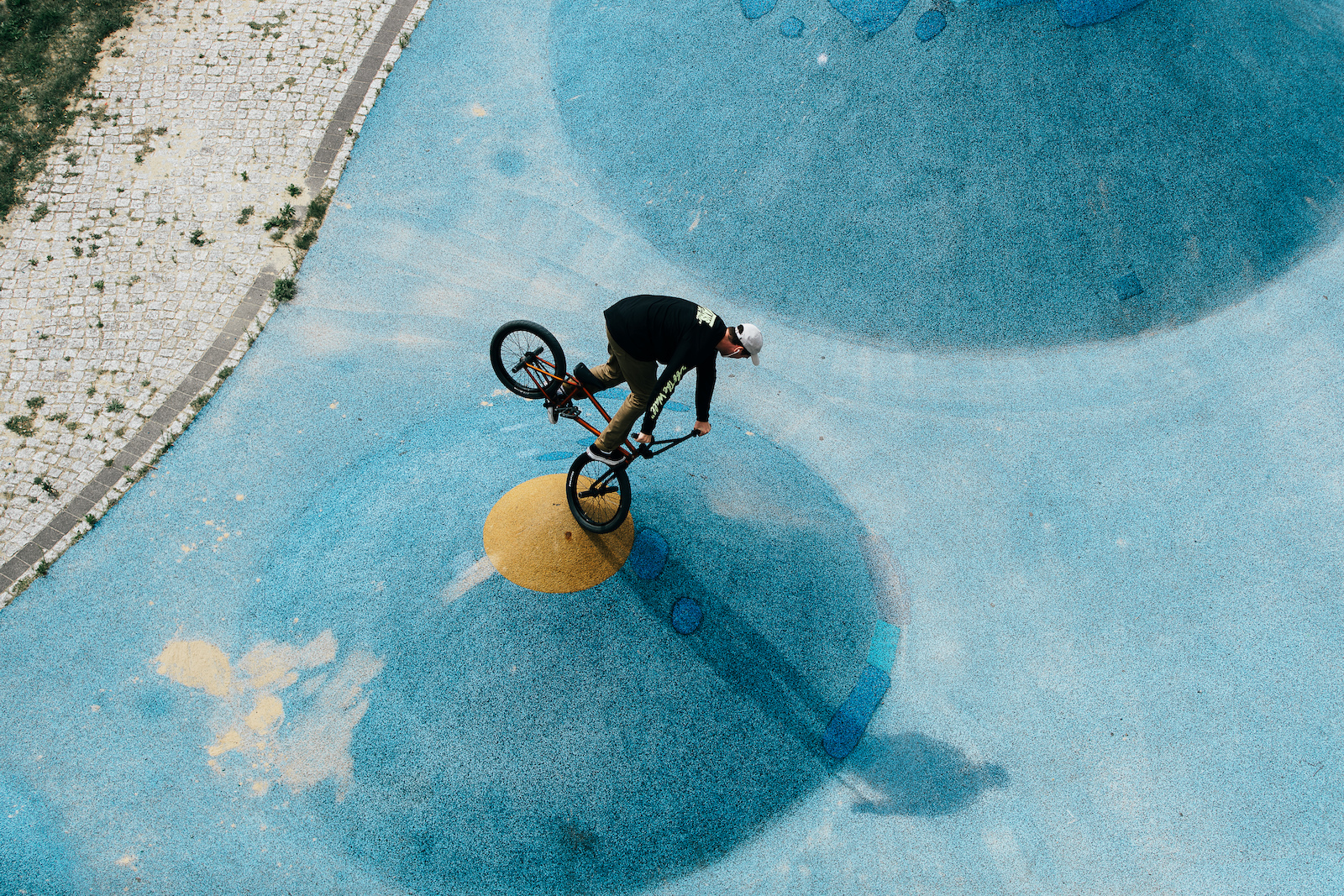 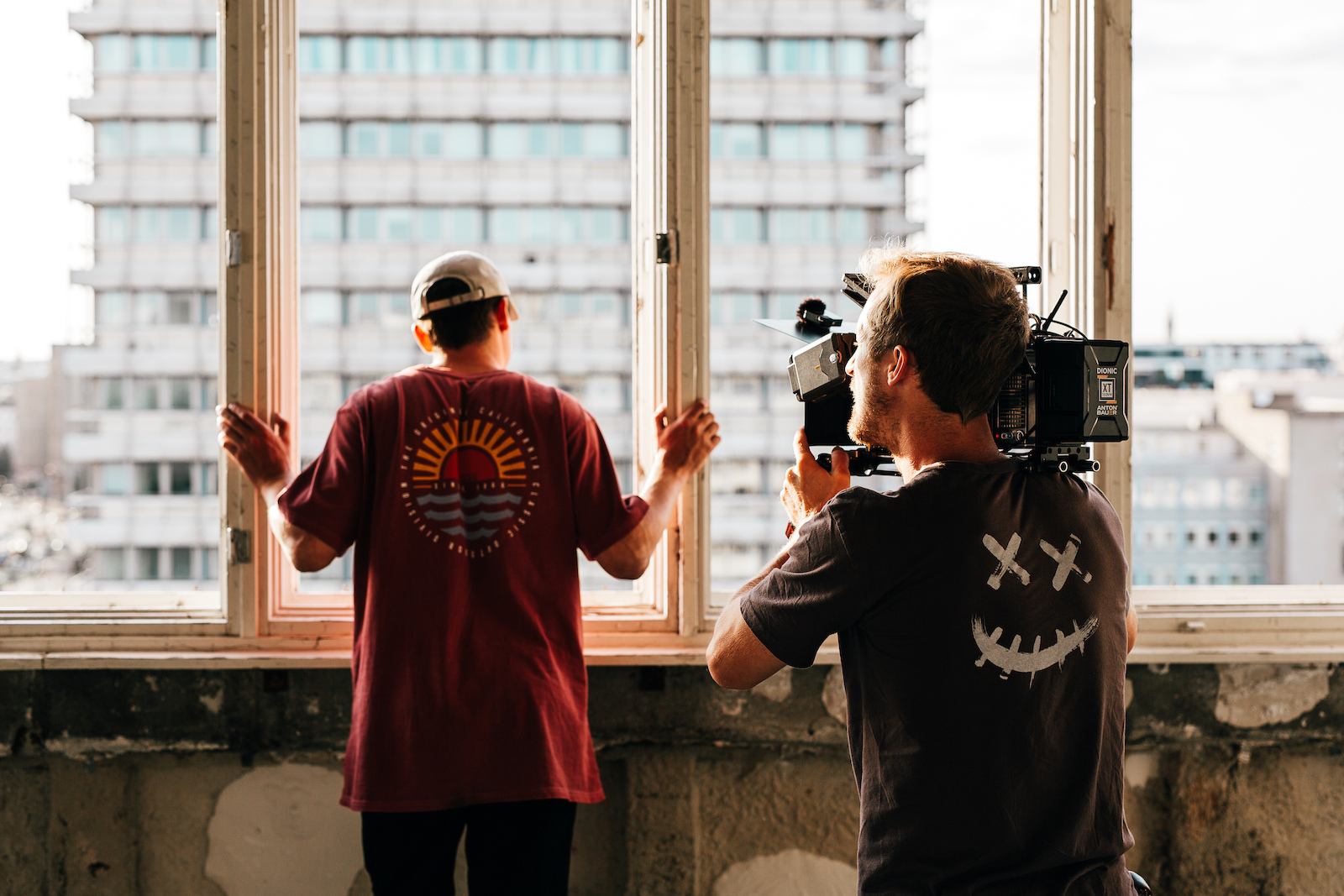 DP Toni Tillmann getting shots of BMX street heavy weight Bruno Hoffmann
The Old Word though emerged from a different perspective as well. Being the first-ever European mountain bike film means that productions from Europe were lacking. Even though we have an incredible pool of talent here, so far the big productions always came from North America mostly featuring American landscapes and American athletes. So here we have some of the biggest names in mountain biking and yet they never made it on the big screen? Exactly, that’s hard to believe and that is why we created The Old World. Three brothers, one idea, 90 terabytes of footage, 70 000 pictures, two years of principal photography, more than then thousands of kilometers travelled, hair lost and recovered, cried and laughed. This could go on forever to describe what went into creating this project but once you see your vision come to live on the screen you know it was worth it. 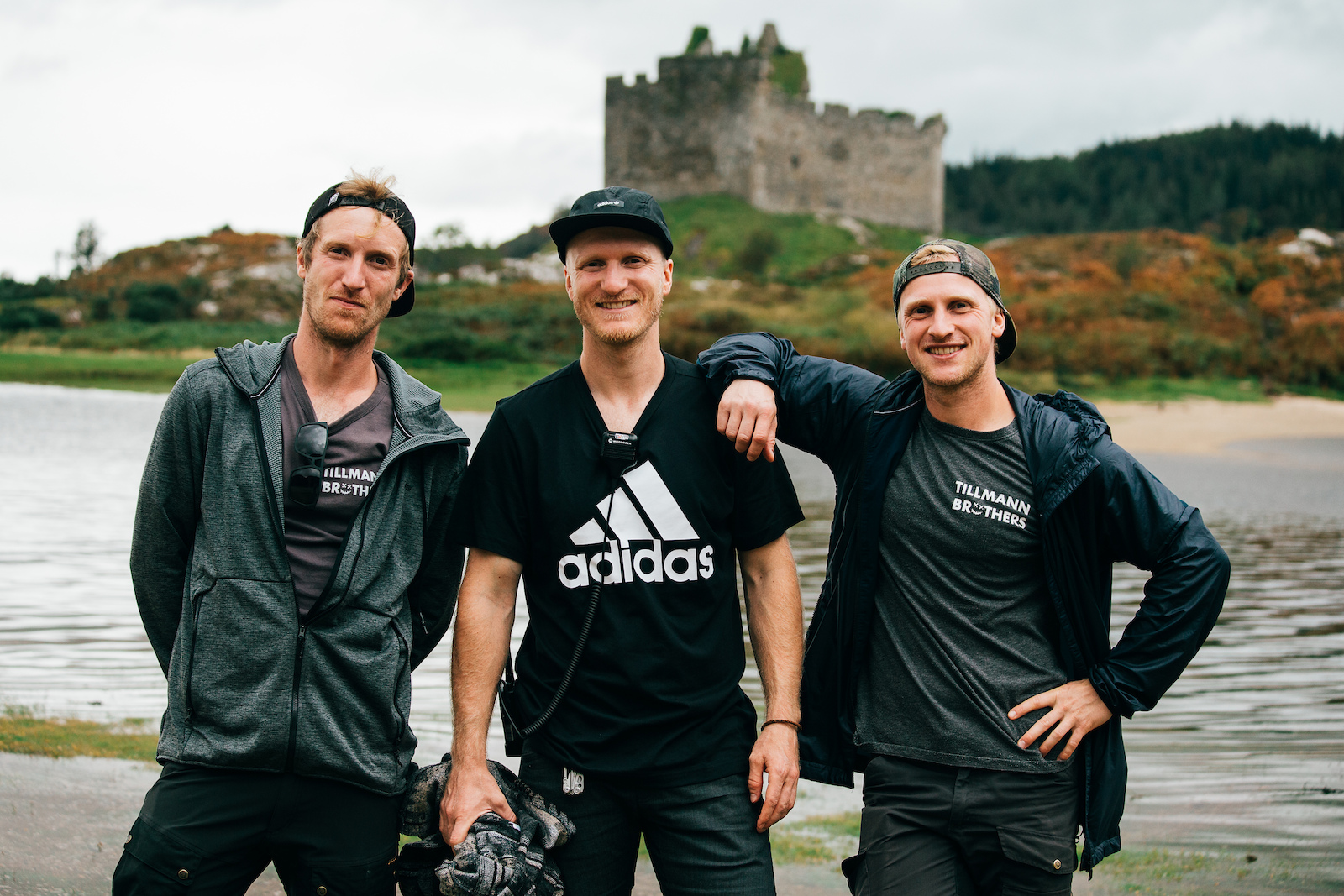 Follow the Tillman brothers on Instagram, here
The Tillmann Brothers are an award-winning creative filmmaker trio that share the same passion for film production and sports. Since 2013 the Munich natives have been creating film projects together with their own film production company now called Tillmann Brothers. Their main focus is high-class commercials and special interest content. Born in the digital age they bridge the world of classic film production and creative agency and deliver the full spectrum from creative campaign work, short formats like TV commercials and web edits to full movies. Growing up in the mountains they are sportsmen by heart and when not working on their next project you find them slashing powder, climbing till there’s no skin left or pinning it on a mountain bike. Coming from a professional mountain biking background themselves and being deeply connected within this world they close the gap between athletes and filmmakers and creating The Old World for them was more than just another film but a passion project.

TheBearDen (Nov 4, 2020 at 6:19)
Can someone at PB just dump all of November's to be released videos now?
This website and Vitals rumours forums are our only escape from the Google search "presidential race"

nicklasDorfer (Dec 6, 2020 at 13:50)
Its insane how good the camera team put everything into one flowing Video. No corners catched while watching it over the 48h exclusive redbulltv premiere. Something everyone can enjoy, even if you never touched a bike as an action sport vehicle!!!

qman11 (Nov 4, 2020 at 14:30)
As someone who watched the Infocus team from the very beginning, I am soooo stoked for this! Congrats on where you Tillman boys have gotten too!

SHEESHKAH (Nov 4, 2020 at 18:15)
Cannot deny the influence of Revel Co on this film. Pulled moves straight from Rupert and Brandon!