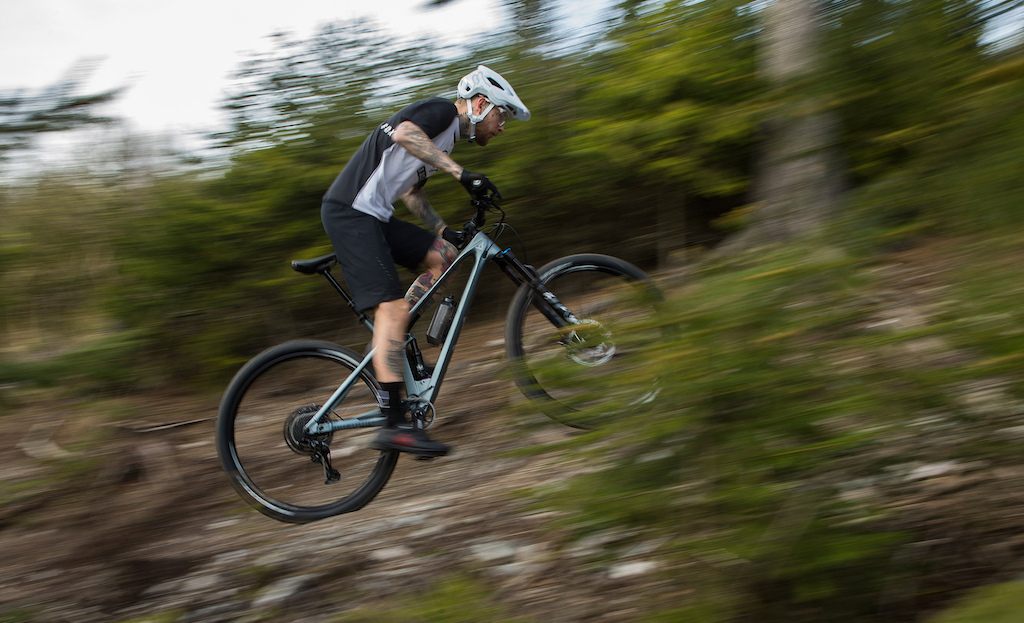 Just over a year after it launched the Izzo, YT is rejigging its trail offering to fit its current Core model lineup.

The Izzo is the final bike in YT's range to slot into the new structure following the Jeffsy, Capra and Decoy. As with the other bikes, YT has also taken the opportunity to run some updates on the details and spec of the bikes too. With the Izzo, this comes in the form of a higher modulus carbon option for the Core 4 and Core 3 models, while the Core 2 gets an aluminum rear end, a first for the Izzo range that used to be completely carbon apart from the rocker link.

Another noticeable change is the removal of the polarising grip shift lockout that the Izzo was released with on launch. We first saw this taken off on the Blaze special edition version that was released in February but it has now been removed from across the range.


Let's take a look at the new range in detail: 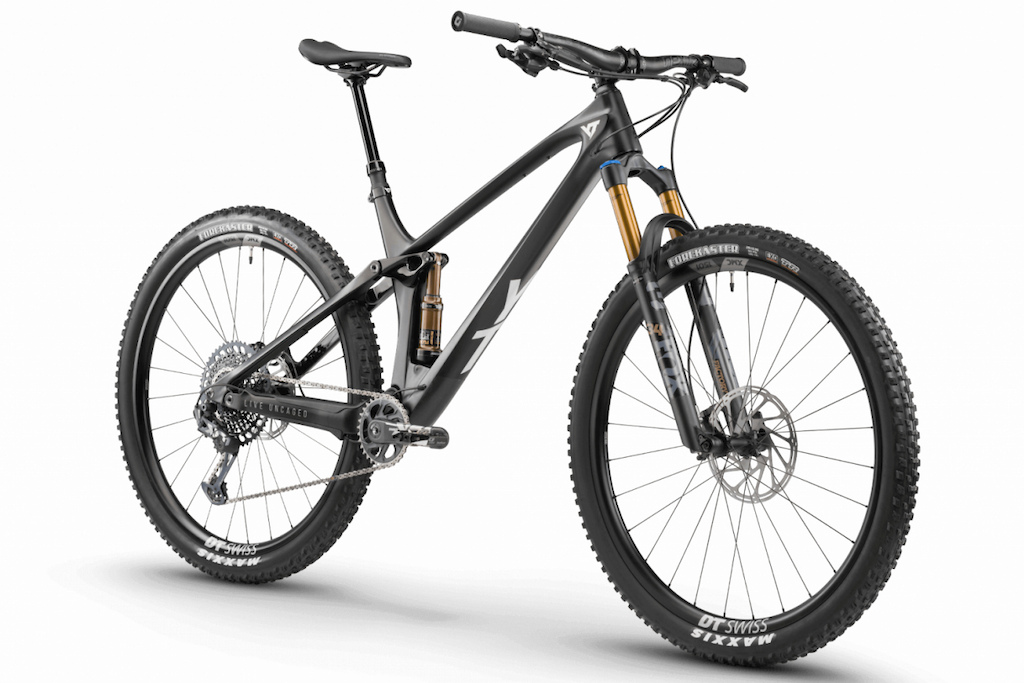 The Core 4 is the top-of-the-range model that is built from a higher modulus carbon fiber. Its suspension comes from Fox with the new 34 Float Factory fork and Float DPS shock. SRAM provides the drivetrain with an X01 groupset including an extended 10-52T (520%) cassette. SRAM also completes the groupset with a pair of G2 RSC brakes. The wheels are DT Swiss XMC 1501 Splines and they are jacketed in Forecaster tires from Maxxis. 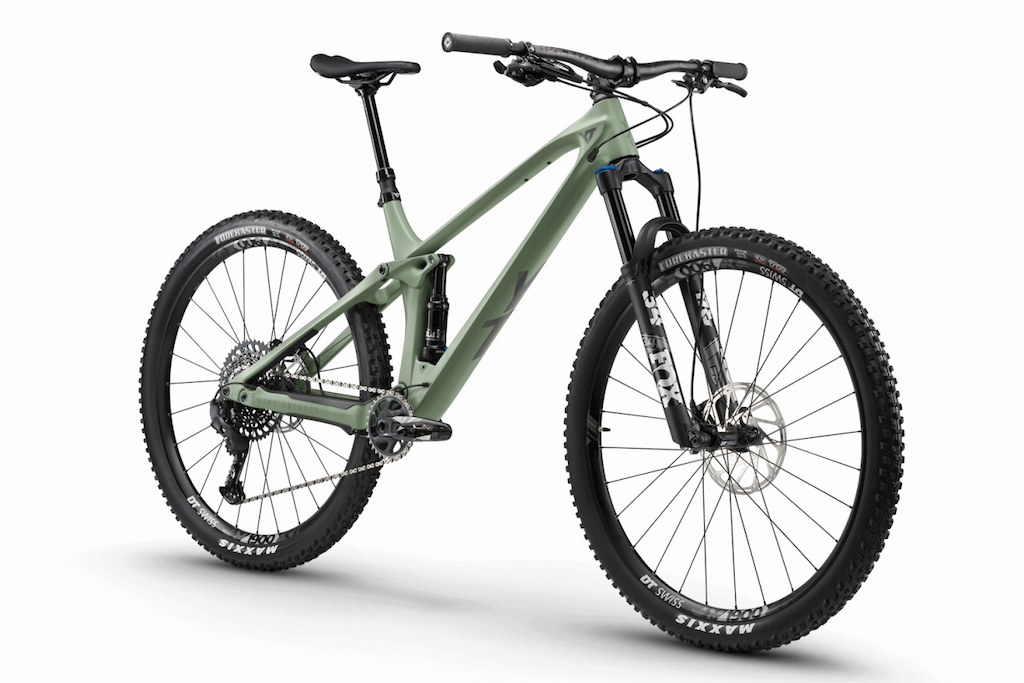 The Izzo Core 3 model shares the high modulus carbon frame of the Core 4 but with a slightly lower spec level of components. The Fox suspension is now Performance not Factory level and the groupset moves a rung down the SRAM ladder to GX level. It also shares a similar wheel set up with DT SWISS M 1900 Spline wheels combined with Forecaster tires. 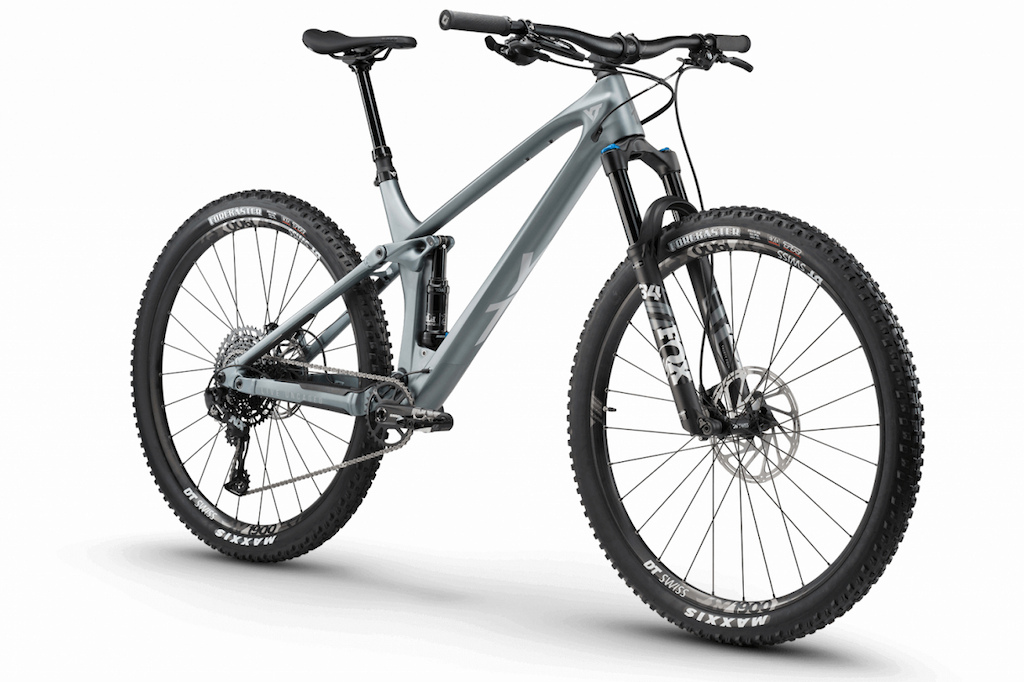 The Izzo Core 2 introduces an aluminium swingarm for the first time to the range.The components are similar to the Core 3 with Performace level fox suspension, G2 brakes, DT SWISS M 1900 Spline wheels and Forecaster tires. The drivetrain moves from GX to NX level.

The bikes can be pre-ordered now with a 10% deposit for an expected October delivery. More info and full specs, here.

Almazing (Jun 1, 2021 at 7:16)
The Gripshift lockout wouldn't have been bad... if SRAM didn't cheap out and used metal internals instead of cheap, flimsy plastic that broke under normal usage. Pretty sure YT replaced that stupid Gripshit lockout at least once for every Izzo they sold that had it.

DaveDE (Jun 1, 2021 at 7:47) (Below Threshold)
I love my Izzo lockout. Works great and have ridden it extensively for the past year. Lockout is made by Rockshox not SRAM and is metal, not plastic.

DaveDE (Jun 1, 2021 at 8:10)
@notdeadyetadventures: Oh, ok, well anyway, the main thing I was trying to say is that the grip shift lockout is actually quite durable and I for one, and many others on mtbr have not had any trouble with it.

mountaincross (Jun 1, 2021 at 13:59)
Due to an injury I began using grip shift XO shifter on my rear derailleur years ago. Its got mostly metal parts, but is still flimsy. Fortunately its not in a high frequency impact zone being protected by the brake lever and grip. I've had very few issues but not no issues. And its made by SRAM and Rockshox.

omclive (Jun 1, 2021 at 7:46)
They would have to revalve that shock if they aren't going to use a. Lock out. Bit of a mushy peddler. Put some tires on it and it isn't an xc bike though. I like this bike and style of bikes. Makes climbing less of a dreaded chore. Buy something like this instead of an e bike.

DoubleCrownAddict (Jun 1, 2021 at 11:10) (Below Threshold)
You know it's an inefficient design if they they felt it needed a lockout. Avoiding to bike sales figures, most people prefer an e bike. Make climbing less of a dreaded chore.

extratalldirtrider (Jun 1, 2021 at 8:37)
I had an Izzo for a few months and liked the bike, but the lockout was just cumbersome and junked up the cockpit with another cable. I know I’m nitpicking here but I like a bike I can mostly just set and forget and didn’t need another thing to have to remind myself to use. I switched to a Spur and haven’t look back.

PHeller (Jun 1, 2021 at 9:51)
So rather than just remove the lockout, you decided to get a completely different bike?

extratalldirtrider (Jun 1, 2021 at 10:00)
@PHeller: not exactly. Test rode the Spur and liked it a lot better. Couldn’t justify keeping both bikes so I sold the Izzo. For what it’s worth both bikes are great.

Super light, super playful, super efficient, and super capable (for how short travel it is).

playingwiththeboys (Jun 1, 2021 at 7:28)
There's also the matter of the cost of a box as well... which seems a little nuts if buying direct. Surely that is a cost that should be included.

mountainsofsussex (Jun 1, 2021 at 7:47)
@Jordmackay: W O W ! That makes something semi boutique like a Cotic cost competitive (which was I guess the whole idea of this thing...). Would be nice if they were more up front about these things, eh?

Jordmackay (Jun 1, 2021 at 7:49)
@mountainsofsussex: yeah i know. But thing is it will be the same for all bike companies that you have to buy direct from, Propain etc. 13% import tax from now on.

mountainsofsussex (Jun 1, 2021 at 8:07)
@Jordmackay: would be so much easier if they just imported a load of them into a stock room round the back of their shop in Surrey and then charged them in pounds with no import fees...

mountainsofsussex (Jun 1, 2021 at 13:01)
@SyKon: There's a lot of people to blame (or thank, I guess, depending on your perspective) for Brexit. I think YT are a very very long way from the top of that list!

mountainsofsussex (Jun 2, 2021 at 7:08)
@redrook: If you can get any other brand's bike. Just for a laugh, went on CRC yesterday. Filtered for 29" full suspension. They have 7 bikes in stock. Not 7 different types of bike, 7 bikes in total. Into double figures for 27.5", but most of those were XL or XXL.

redrook (Jun 4, 2021 at 5:57)
@mountainsofsussex: You can't get a YT right now either. My point was that there is no value advantage over any other brand.

Geo is literally everything. The bike pedals like a hardtail, but feels super confidence inspiring on the downs.

It's also super solid, have hit 7+ foot drops to flat and although I used every mm of that suspension I didn't feel like it was flimsy.

From what I've heard the Izzo is similar but not quite as light, playful or efficient (hence the lockout).

Either way imo downcountry is the kind of bike most riders would want for 90% of their riding.

Dixonm (Jun 1, 2021 at 7:36)
Izzo got a lot of negative feedback early on, but after removal of the lockout this is one of my favorite bikes I have owned. Playful and efficient, great for Pisgah area riding.

tacklingdummy (Jun 1, 2021 at 7:08)
The XC category is trending among PB and bike companies right now. Must be the Olympics.

AndrewFleming (Jun 1, 2021 at 7:15)
The Olympics could be a factor for sure. But I think there are plenty of people out there riding xc type terrain and these new "down country" bikes are really versatile. Even if you don't race, these are good all around type bikes for a ton of trails.

Narro2 (Jun 1, 2021 at 9:13)
naturally talented riders can do the same or better tricks on a 120 Downcountry bike than a broworshipper on a 170mm Enduro bike, thats why Downcountry makes a lot of sense, and the bikes dont cost as much.

cougar797 (Jun 1, 2021 at 11:44)
@Narro2: A.) Downduro is such a bro bike thing not that there's anything wrong with either type. B.) No they are expensive just like any other bike. C.) Just cause you don't like enduro bikes doesn't mean you should be a dick about it. (Thats for wheel size).

bmied31 (Jun 1, 2021 at 7:42)
I'd jump all over this as a next bike, but really content with my heavily upgraded DB Release, that geometry and design is holding up really well.