I ride trials bikes, and love to do work on all kinds of bicycles. If you need a wheel laced cheap, give me a shout! What length are the cranks?

QuebecTrialrider - I agree with you. I had a 20" with rear disc and it was okay, I damaged it in a week though. I have a friend with a nicer 20" rear disc bike and it works great. I would still rather a magura + deep grind though. I think disc on 24" would be fine, esp the streety 24s. I'd be more inclined to ride magura on a 24" if I was riding comp style though.

Disc will forever be inferior because of the ease of smashing a disc on a ledge, or a bail. It's far too easy to damage them, and they put too much stress on a frame's rear triangle. This means they have to be overbuilt and bulky, which is the opposite of where most trials frames are going. Discs on 26" are also much more likely to slip than a well setup magura.
Load more... 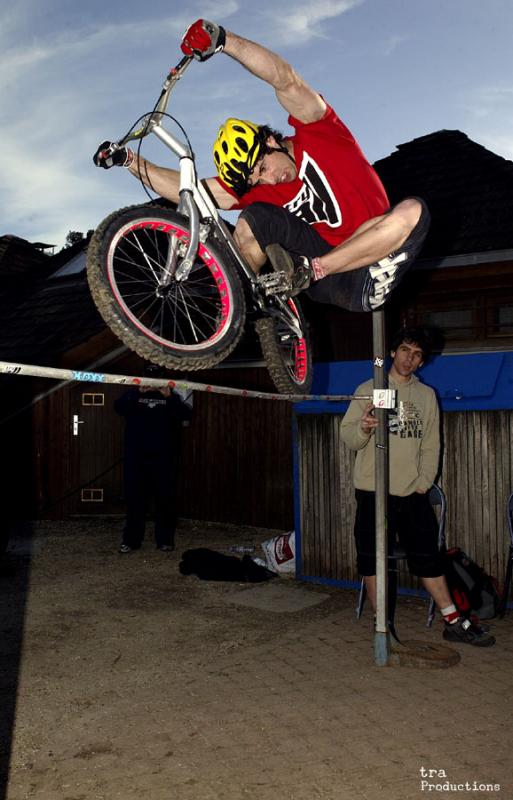