Nov 1, 2007 at 14:08
by Leah Duperron
Tweet
On a Friday morning, not unlike other Friday mornings, a crew of 7 co-workers set off to Madison Wisconsin… (I know what you’re thinking)… even the boarder guards wanted to know why anyone would want to go to Madison, Wisconsin…? To visit the Trek bikes head office/factory of course!Now Trek bikes is more often than not associated with 7 time Tour de France winner Lance Armstrong and the carbon bits and pieces that make up really fast road bikes. Although they have a few impressive pro riders on their freeride team including Cam McCaul and Andrew Shandro, we don’t seem to hear as much about them. This year they’ve completely re-designed and re-vamped the Fuel lineup of cross country bikes and the Remedy line up of 6” all mountain bikes. Thus being the reason we were headed down there, to give them a thrashing - Canadian style!

After 2 plane rides, 2 rough landings, awful Mexican food in Minneapolis, Terry spilling his “Red Brick” beer all over his pants on the plane, pissing off our stewardess Carlos and waiting for luggage that we thought might be lost, we arrived in lovely Madison. Our chariot (the Honda Odyssey) awaited us along with Trek Canadian Sales Manager Mike Hietpas. We overloaded the van with luggage and bodies and headed straight downtown for some brews and grub.

We awoke early and hungover Saturday morning to go ‘tailgating’ for the Badgers football game that was going on later that day. Man those locals sure love their football! We strolled up to a parking lot of a body shop that had been turned into a makeshift bar and ordered up some Brats and Miller Lites. Yup, Miller Lite draft at 8:30am… Not really my idea of a morning drink, but it had to do. A few rounds later and a photo op with the Miller girls it was time to head to the game. Being from Calgary we thought we had seen the Red Mile, but we’ve got NOTHING on those Badger fans. 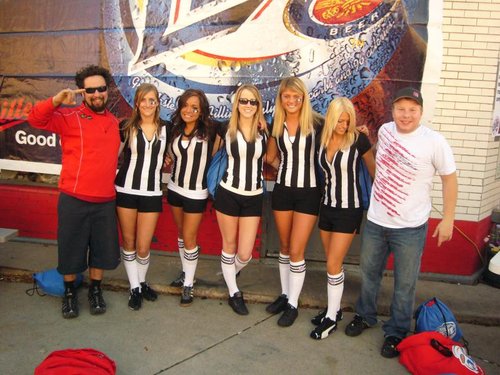 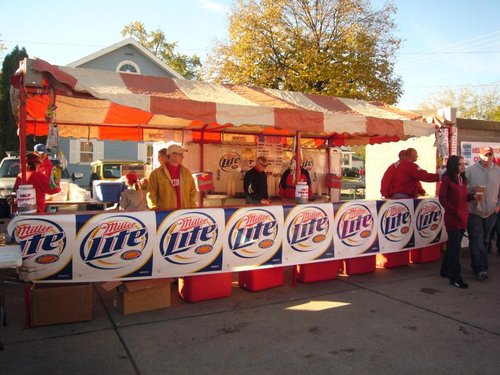 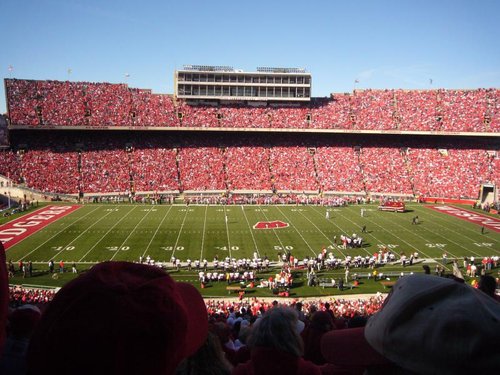 The game was an experience for sure and a blowout at that. They didn’t serve beer at the game, so once it was over we hurried back to the tailgate parties, got sunburned and drank the afternoon away. Even though the beer may not be so great in the States, those people sure know how to party! 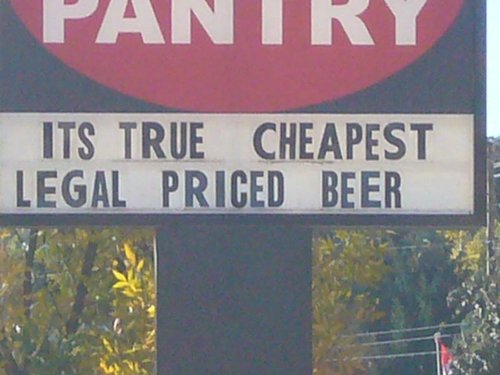 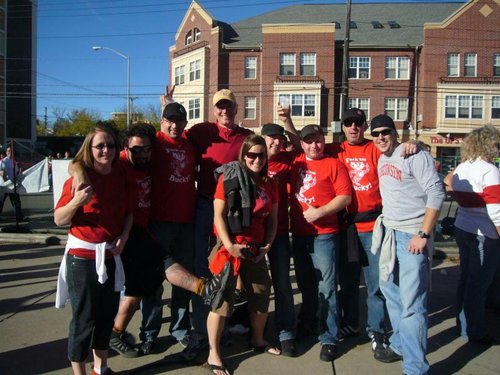 The next morning came all too fast once again, but we had no trouble getting out of bed knowing that we were going to get to ride the new lineup of Trek bikes. At CC we are all very passionate about bikes and we know what we like; we are downhill racers and downhill riders, we are dirt jumpers, cross country climbers and all mountain riding machines; (Some of us even sport the lycra and look fast riding road bikes). However we all know a good bike when we ride one, we can strip away the outer aesthetics and really appreciate the art and technology that goes into a killer ride. We can all agree that the feeling of accomplishment when you pedal up a hill or a mountain is much more satisfying than taking a chair lift or a truck. Don’t get me wrong, we live for the sweet, fast and technical downhill sections, but there’s something about riding a bike that can truly do it all and do it all with style, speed and agility. As you may have guessed the Trek bikes took us all ‘a little’ by surprise and they did do it all.

We were fortunate enough to get to ride the ‘private’ Trek trail system that is available solely to Trek employees. Can you imagine having a place to ride right across the street from where you work? Lucky! All we’ve got across the street from the shop is a Chinese Market and a Vietnamese Noodle House. Anyhow, we were given free reign on a shwack of Remedys and Fuel Ex’s. 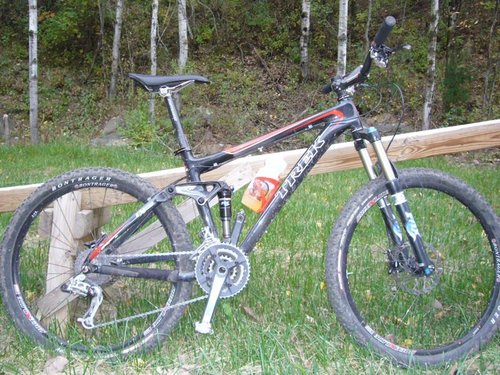 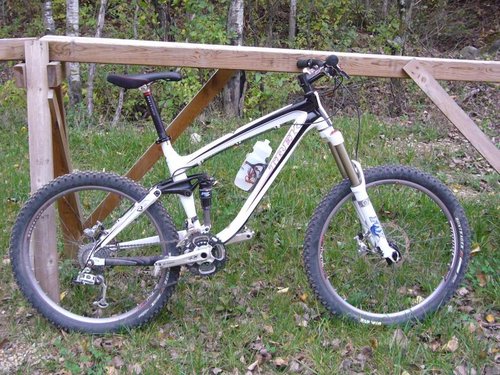 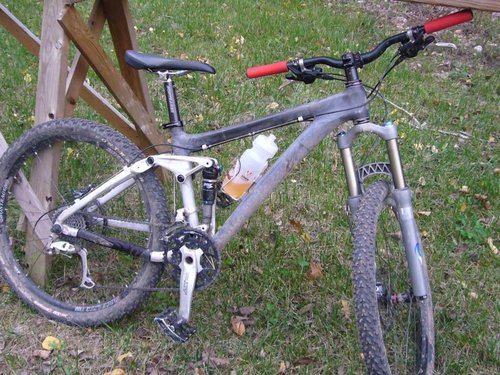 After the first climb and descent you could not have wiped the smile off of any of our faces. We were all thinking the same thing, but no one really said anything except “let’s ride!” 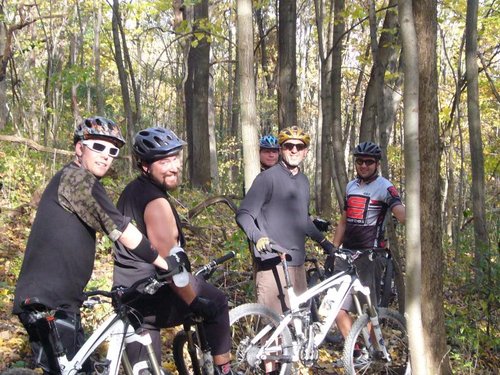 We spent the afternoon exploring the intricate trail system that covers over 140 acres of land. It seems as though Trek has gotten a hold of the only substantial mound of dirt in sight, because as far as the eye could see there was only flat cornfields . The trails are fun and flowy with a mix of ladder bridges and jumps in between technical single track that weaves throughout the trees. We were indeed blown away by the new suspension platform offered on the EX and Remedy series. These bikes climbed like there was no tomorrow, descended as if they had more travel than you could have imagined and took one heck of a beating. 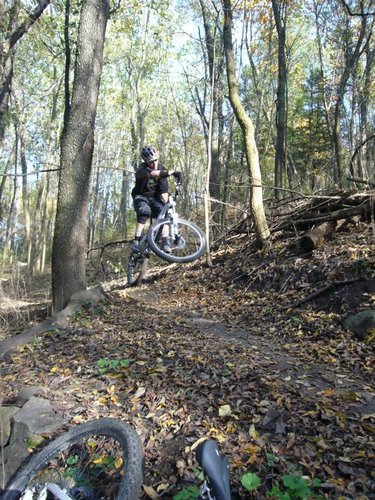 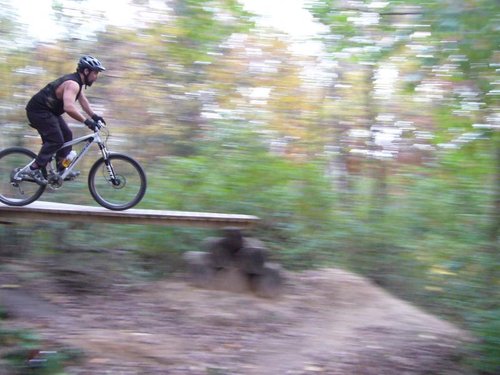 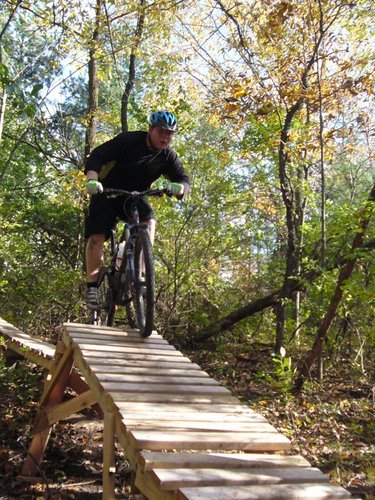 I’m not going to bore you with the mechanics and suspension design details but I can tell you this: it works, it works VERY well! If you’re looking for a new “do anything” bike then the Remedy is a great choice, trust me you will not be disappointed. The best thing Trek can do is to get people on these new bikes, like they did for us. There was no fancy sales pitch with these guys, just great bikes.

As CC owner Derek Lee put it “if they don’t pick the Remedy as bike of the year, I’m gonna fight somebody.” 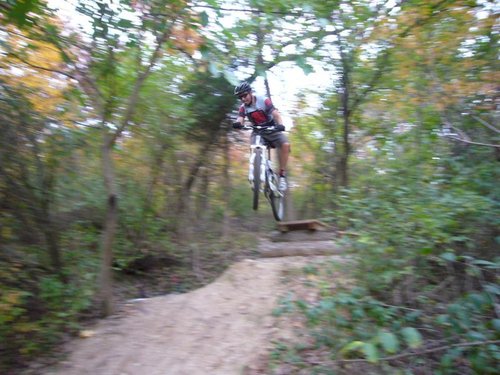 Continuing on with our story: we rode all day Sunday; we rode every trail in every direction, forwards, backwards over and over again until everyone couldn’t pedal anymore. We were greeted at the campfire by Trek’s Parker Zimmer who made us a scrumptious meal with cheese and cold bevy’s. After some campfire stories and boosting a dead car battery from pumpin’ tunes all afternoon we headed back to the hotel for a hot tub, a rum and some shut eye. 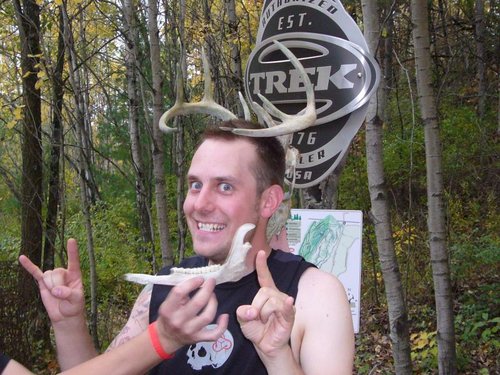 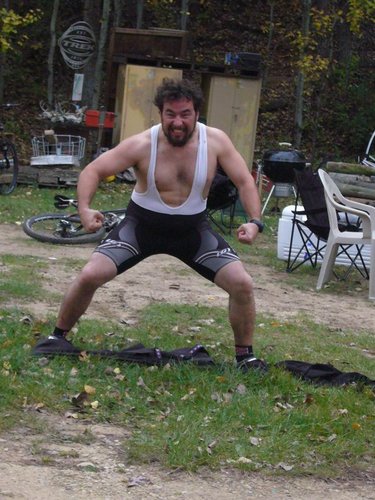 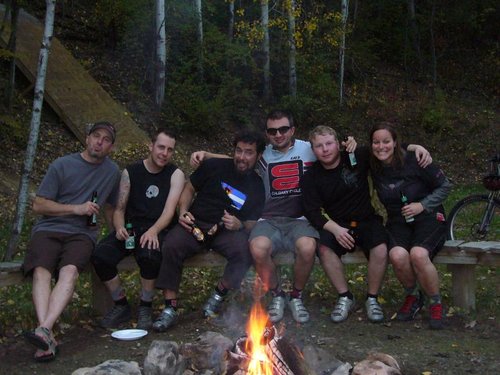 The following day consisted of a factory tour, where some 800 or so good people construct, test and fabricate Trek bikes and Bontrager components. It was unbelievable to see the test room where Trek puts all frames and parts through more abuse than anyone could ever imagine. Every fine detail is examined and nothing hits the factory line until it’s completely dialed. 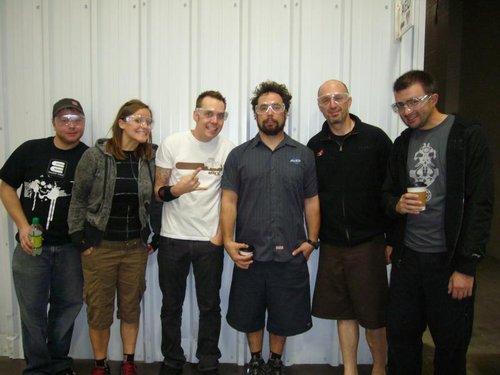 After the tour we rode with product guy Michael Brown for another few hours and spent the rest of the day filling our brains with tons of product knowledge; pssssst- there will be all sorts of new goodies from these guys in 2008 in addition to the new rides. We got the chance to chat with head product guy Joe V., who gave us some insight into the new suspension design and some ideas that they’re working on for the future. (Keep your eye peeled for a similar suspension design on the new freeride bike the Session 8- Shandro was spotted riding one at Crankworx). Although most of the new stuff was kept under wraps I’m sure we can expect nothing but great things in the future from Trek.

So, our trip finished off with another ride and a tasty Mexican meal in Madison with Parker and Mike. We all left Wisconsin grinning from ear to ear, a little tired, a few pounds heavier and totally stoked on the new bikes. 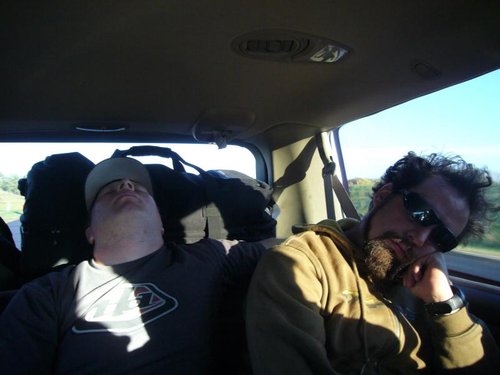 A big thanks to all the genuine, friendly and accommodating people at Trek: To Mike for being our chauffeur, tour guide and all around good guy. To Parker for making sure we were fed and watered. Finally, thank you for letting us ride the hell out of your bikes! 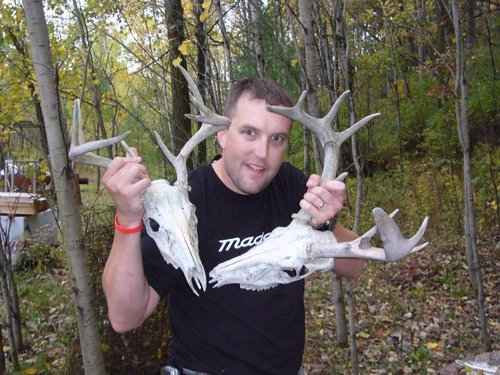 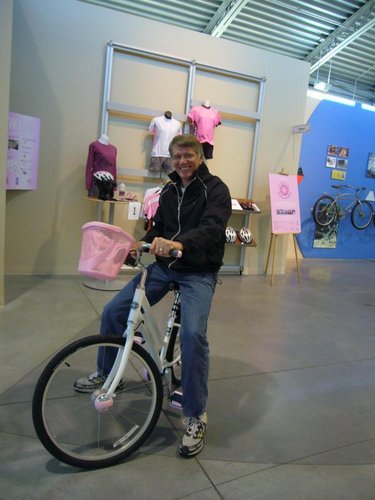 stephen (Nov 5, 2007 at 15:09)
Cam is incredibly photogenic, dude i'll stop by the shop sometime soon and hassle you guys, i haven't done that in awhile!