$8989 GBP
Norco range C3 This is my norco range C3. Im assuming other than the world cup and enduro team which uses the bike, this is one of if not the first one in the uk. It is no longer available in Canada. I got the only one available in kamloops. It wont be available at normal production levels untill approximately august 2022, which doesnt account for pre-orders and the bike market delays, It wont be sold in the uk at this time. Apart from different components, the range is raced in the UCI downhill world cup with the norco factory team, the enduro world series as well as redbull hardline. That essentially sums up how greatly this “enduro bike” stands out from any other bike on the market in capability. If you stick a dh fork on the front you have a world cup worthy dh bike as well as enduro bike. Due to the linkage design and idler pulley it has the kinematics and feel of a dh bike. I got this bike from kamloops, british columbia. It was invisiframed from new by the boss of invisiframe due to it being one of the first in the uk. It has upgraded custom parts which i will specify below. The price is set at above £9000. This is due to the capability of the bike ( the idea of having an ews ready enduro bike and possible upgrade to a dh bike with a triple clamp fork, inflation and also the local tax, import duty, export duty, postage and vat that is unavoidable for bringing it into the uk. This cost me over £3000, it would of cost me a few hundered less due to the change in currency values but you get the idea of the logistical issues of getting it to the uk. This is partly because norco dealers dont ship internationally, i had to have my friend in kamloops buy it on my behalf and then send it to the uk. For more detail/content about this bike i suggest watching the pinkbike field test, vancan, and lewis beuchanan’s redbull hardline run to get an idea of what the bike would feel like ( as there are none to demo) Hopefully the long description provides enough background information and does the bike justice. Specification (additional upgrades included) WTB saddle Fidlock water bottle mount Sam hill nukeproof horizon flat pedals Dmr deathgrips 200mm dropper post Rockshox zeb (38mm) Fox factory coil shock 12 speed shimano slx Shimano deore xt brakes ( 4 pot 203mm front and back) Oneup edc tool Mudhugger bolt on mudguard Maxxis assagai and disector double down tires. Burgtec 50mm rise bars and 35 mm length stem 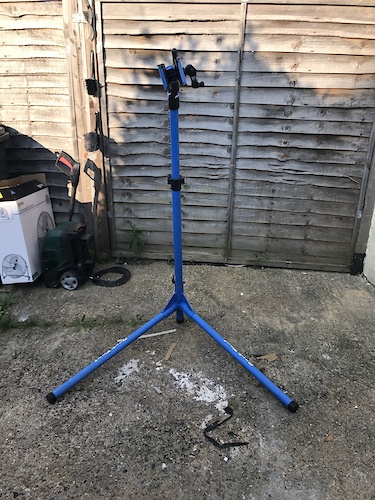 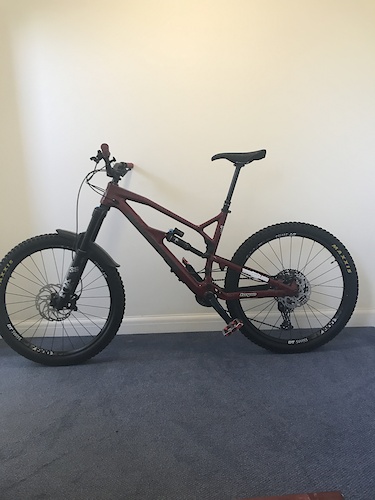