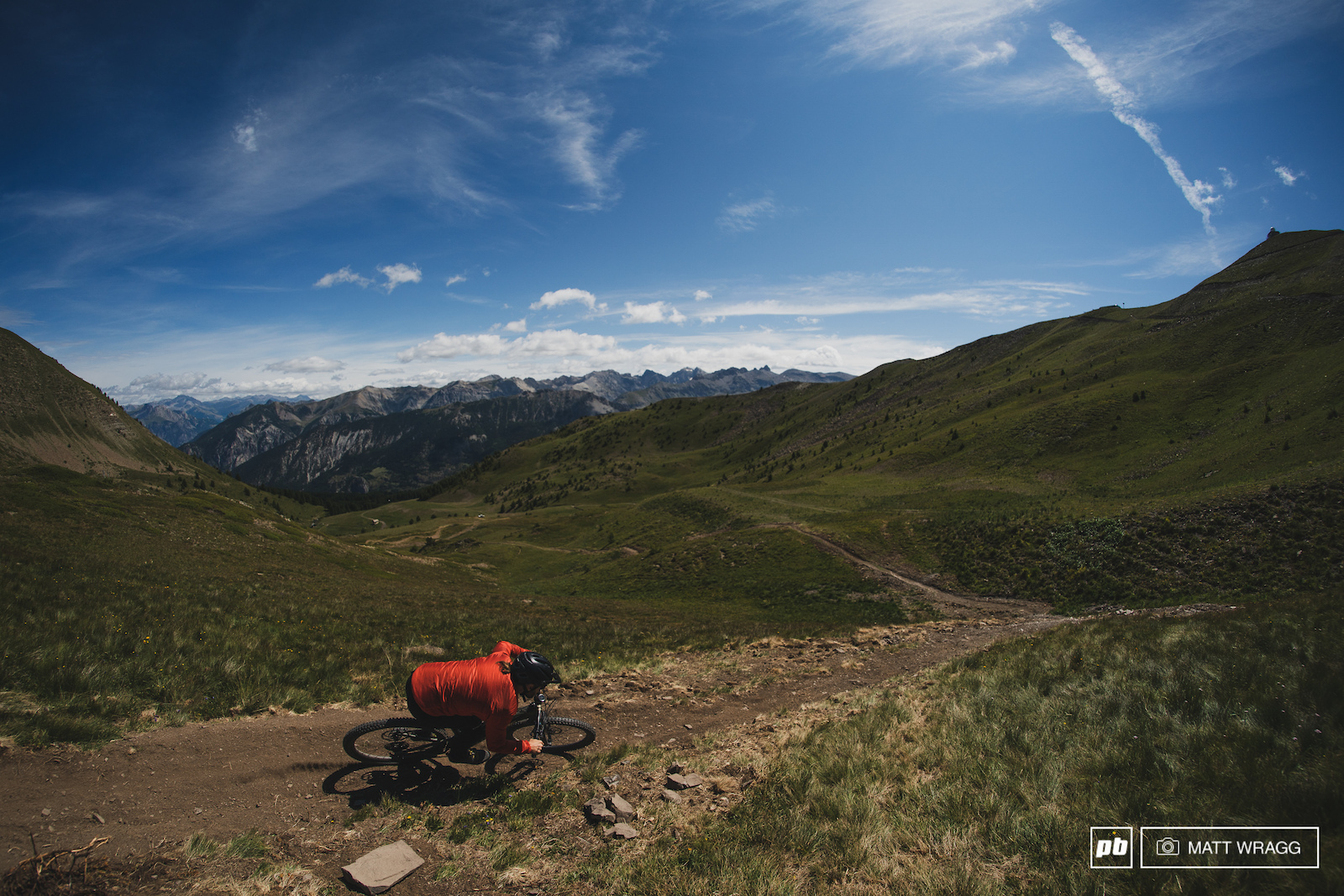 Of all the places we stopped on our roadtrip, Vars is the biggest resort. Taking its name from the Col de Vars that dominates the valley, it is a collection of villages stretching from the head of the valley down towards the gorge below.   For many, Vars is the main village of Les Claux. It’s where the accommodation, the shops, the activities all lie. There is even a bike park there, with a DH track shaped by French legend Christophe Taillefer, a decent blue run and a green that has so little gradient it is hard to make it to the bottom. Vars also have the biggest trail crew of anywhere we rode this year, with four people on staff through the summer (in the winter they all work as ski patrol).

Talking to the head of the trail crew, Pierrot, he explained that the resort owners wanted two easy trails for families and beginners and a DH track to bring people in. It makes sense, but it’s clear it’s not where his passion lies. Because Vars has a second, secret bike park - Sainte Marie. So secret that they don’t even mention it on the bike park website. 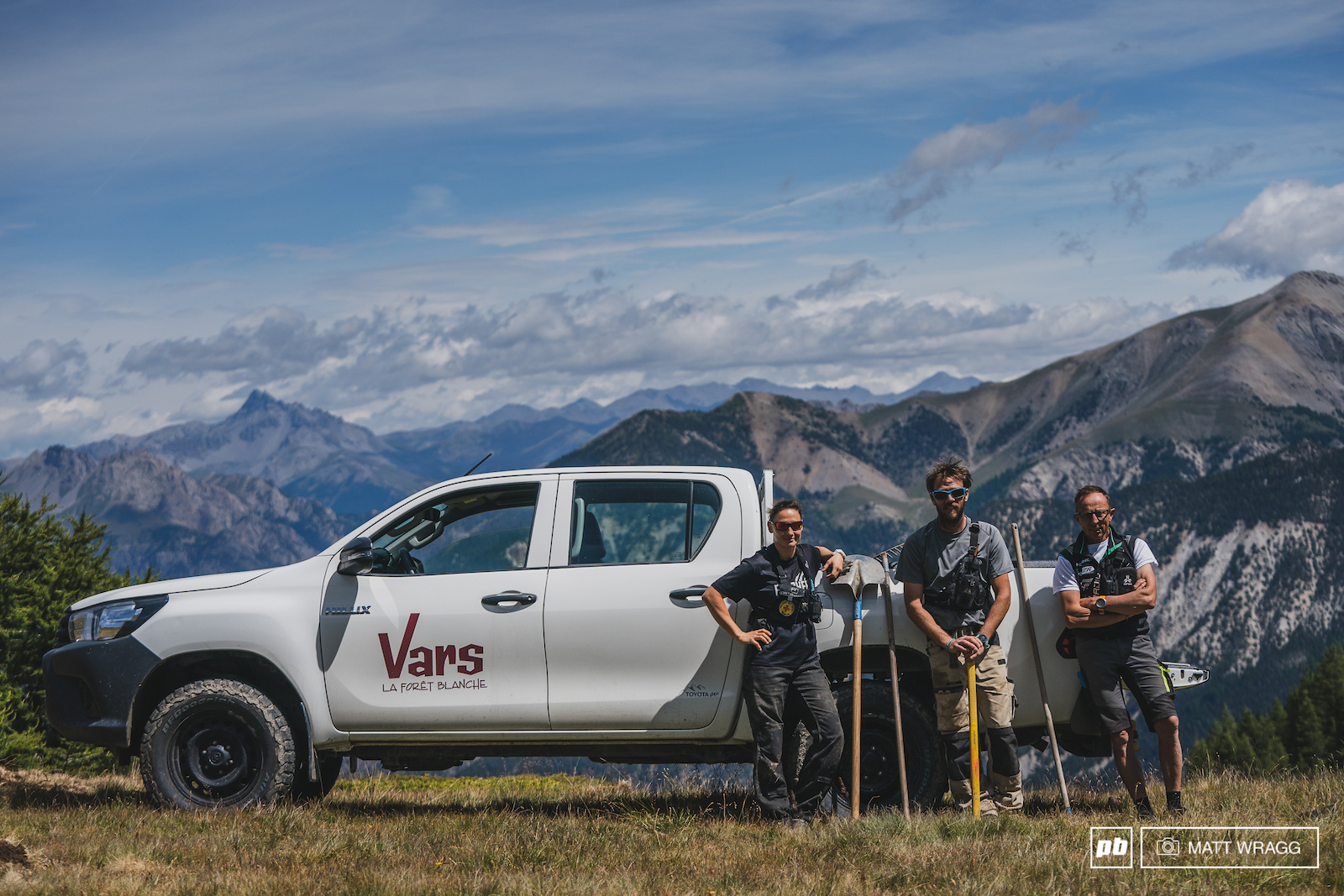 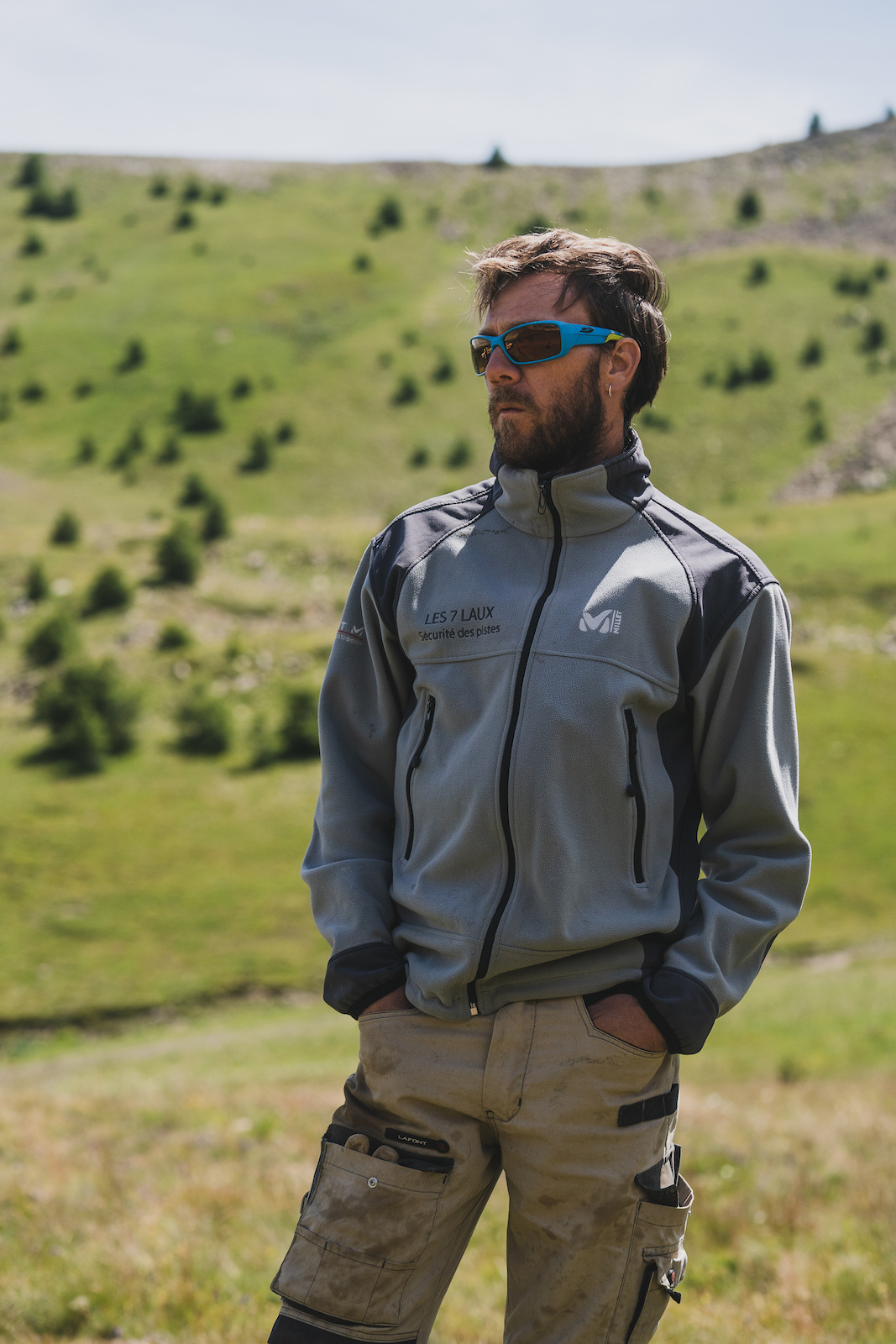 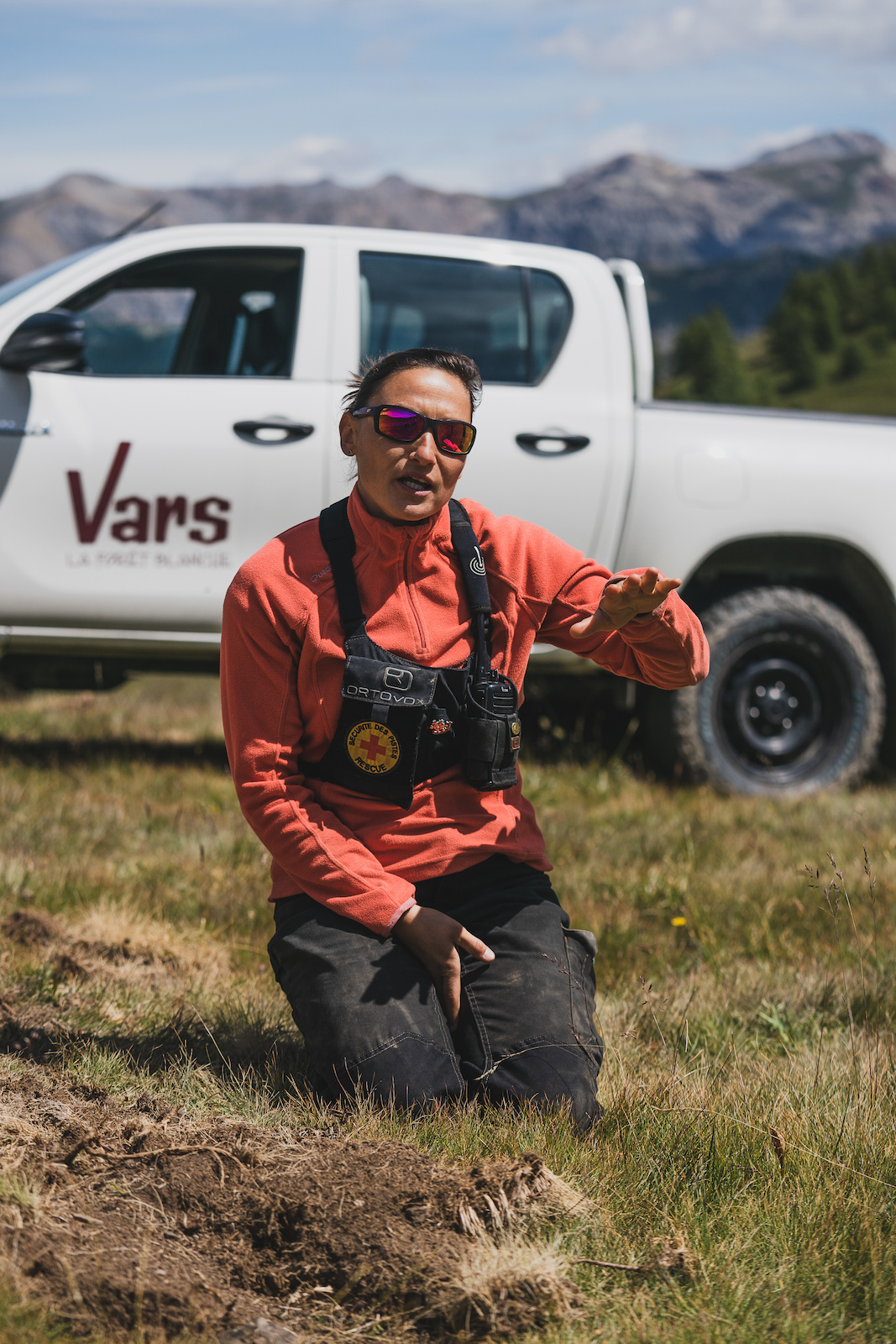 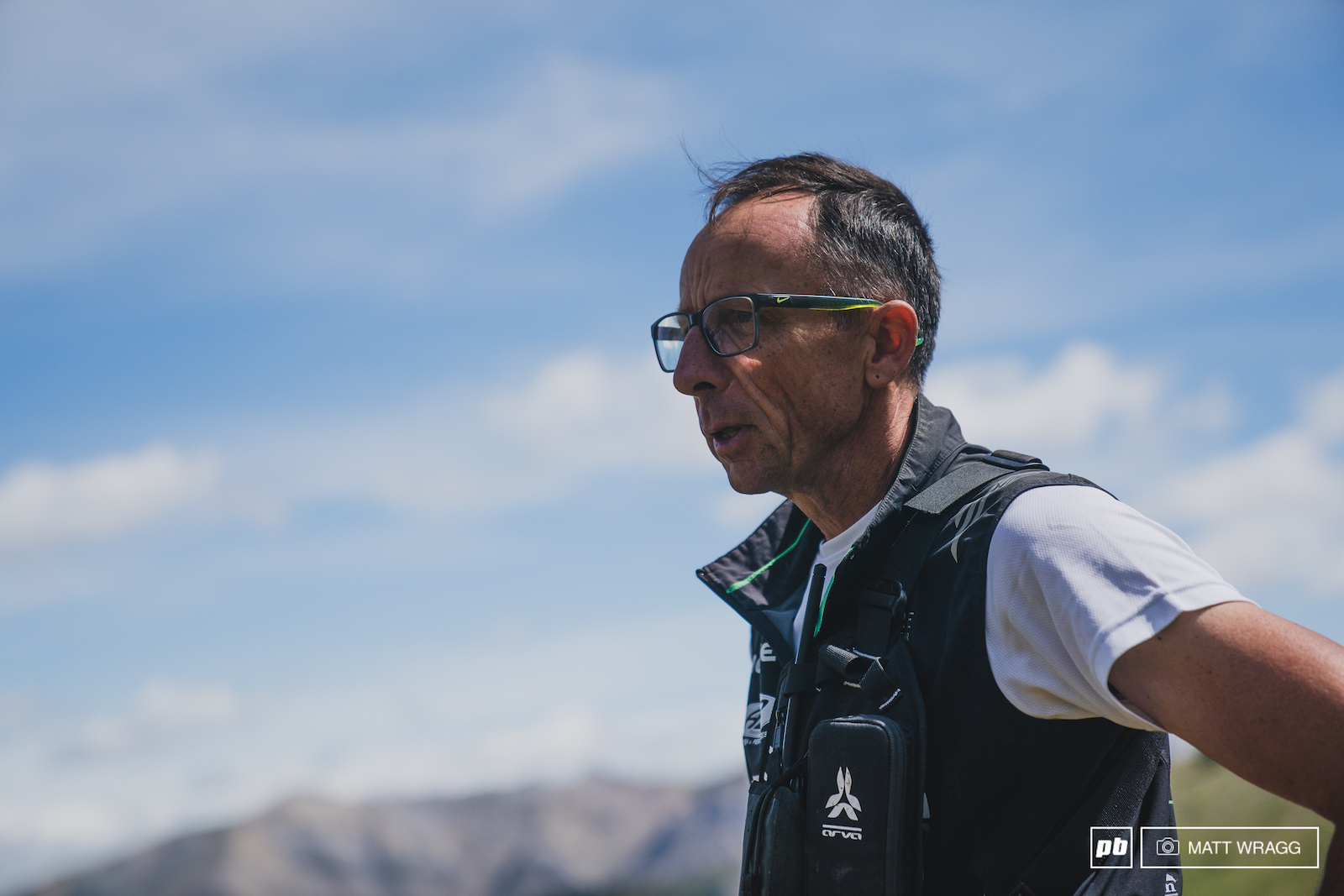 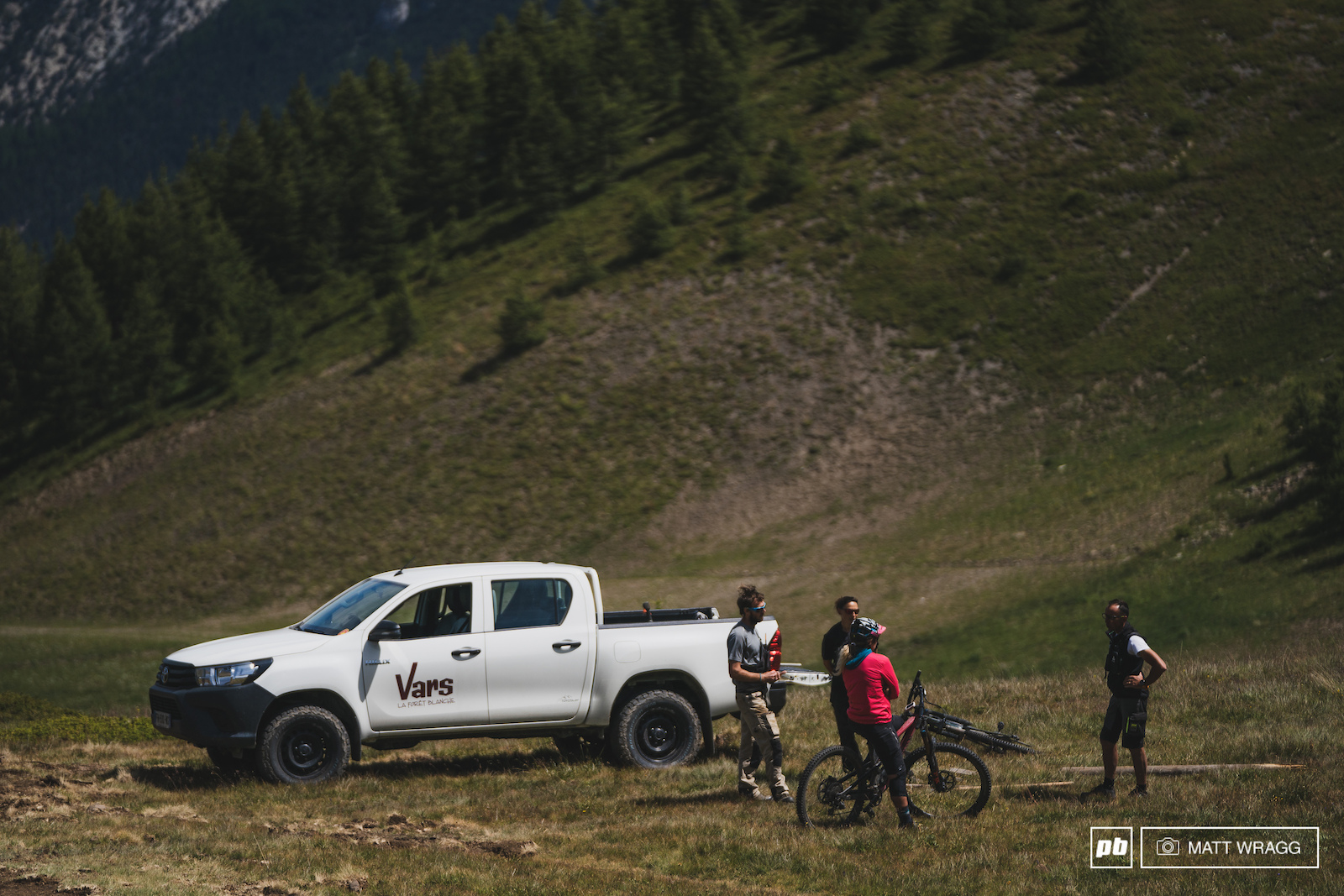 3km down from Claux, Sainte Marie is the second biggest village in the valley, but it is a world away from Les Claux. Like almost all resorts it was built for the purpose, the roads are flanked by apartment blocks and concrete shapes, probably erected somewhere between the 1960s and 1980s, the streets are thought-out, planned and it is probably a ghost town in shoulder season.

Sainte Marie is a real village, before the resort it was most likely the main one in the valley. Old stone-clad buildings flank the main road, side streets wind and twist in odd ways and farmers till the slopes - it is where people actually live in the valley. And, just below the town, sits another chairlift. 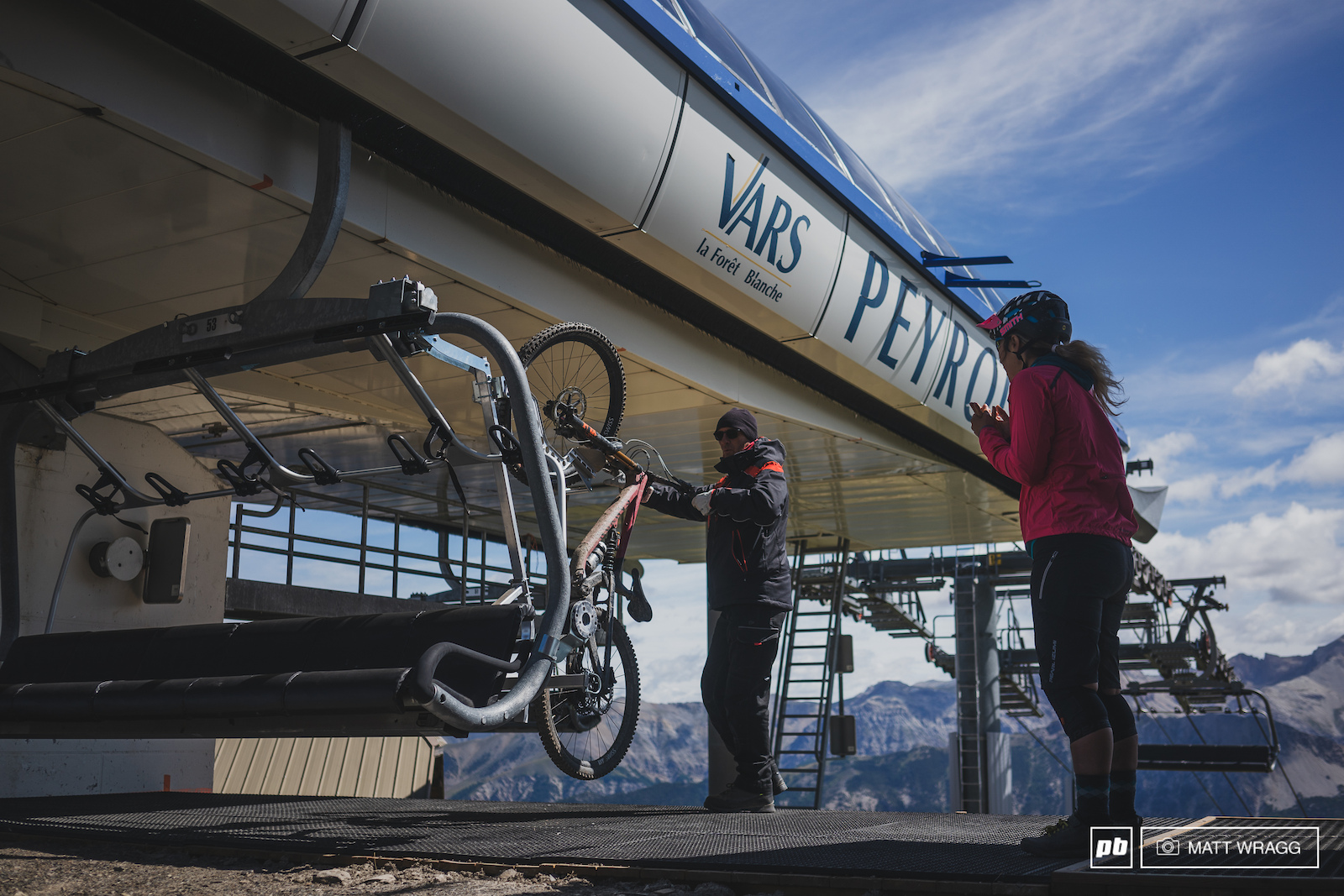 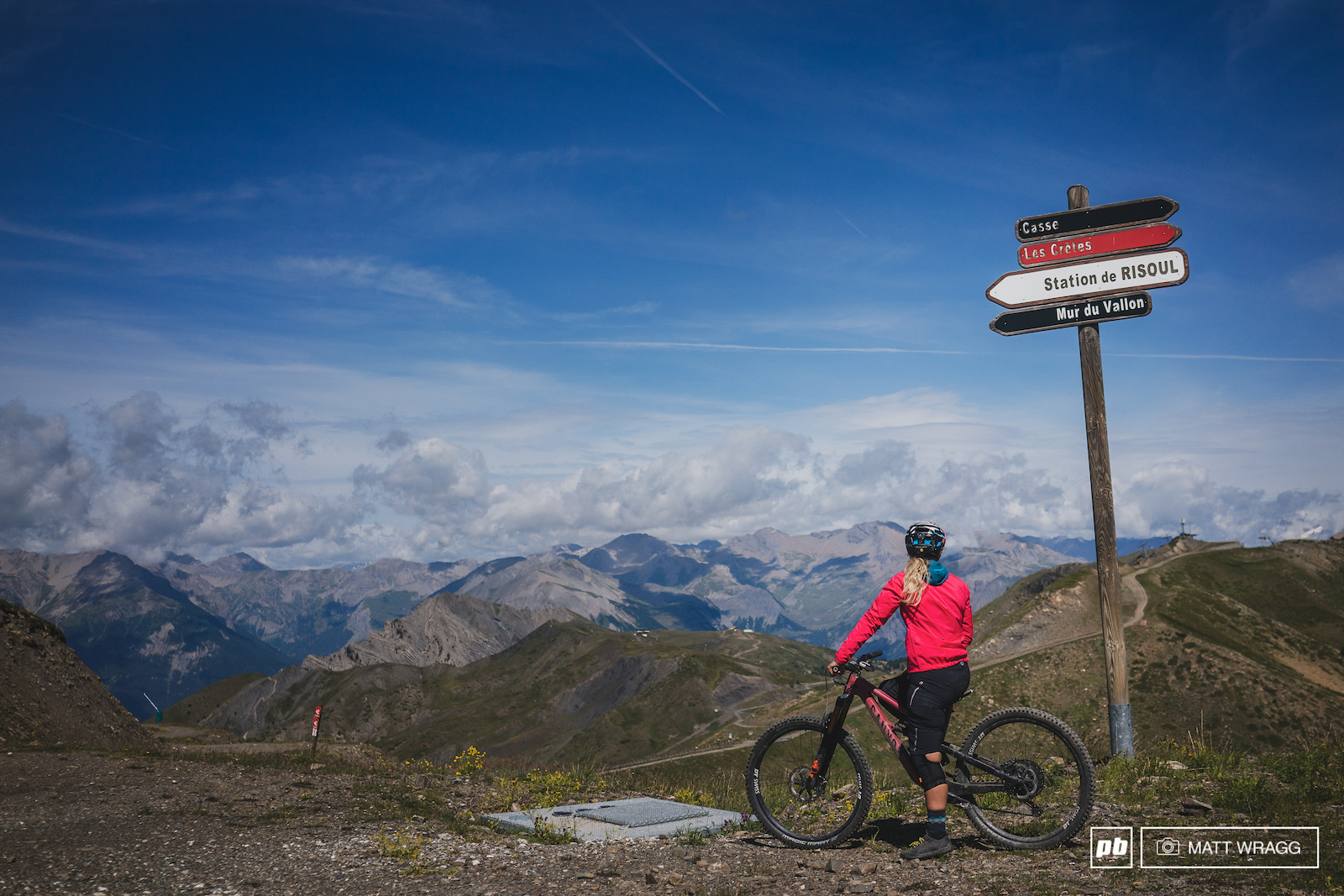 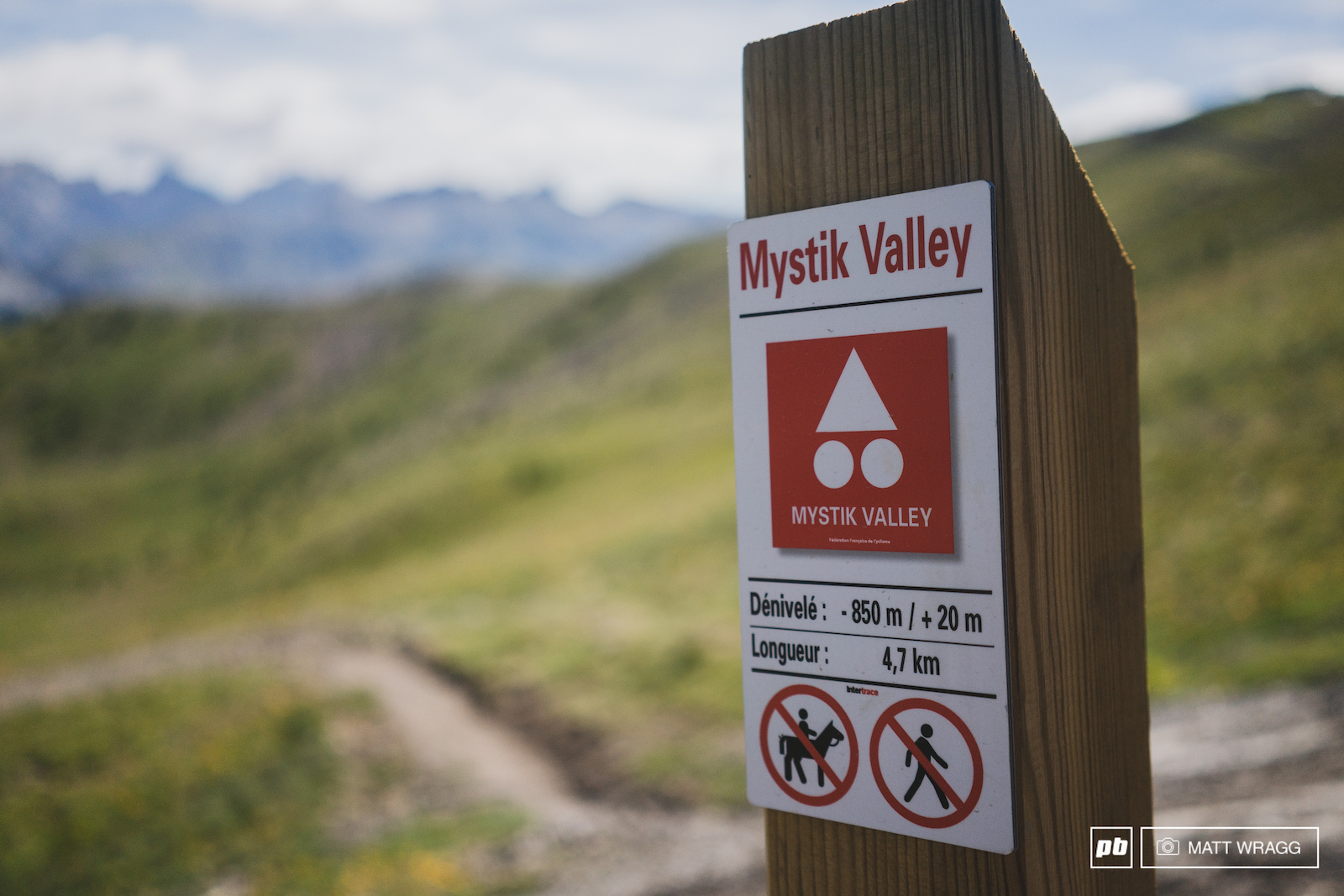 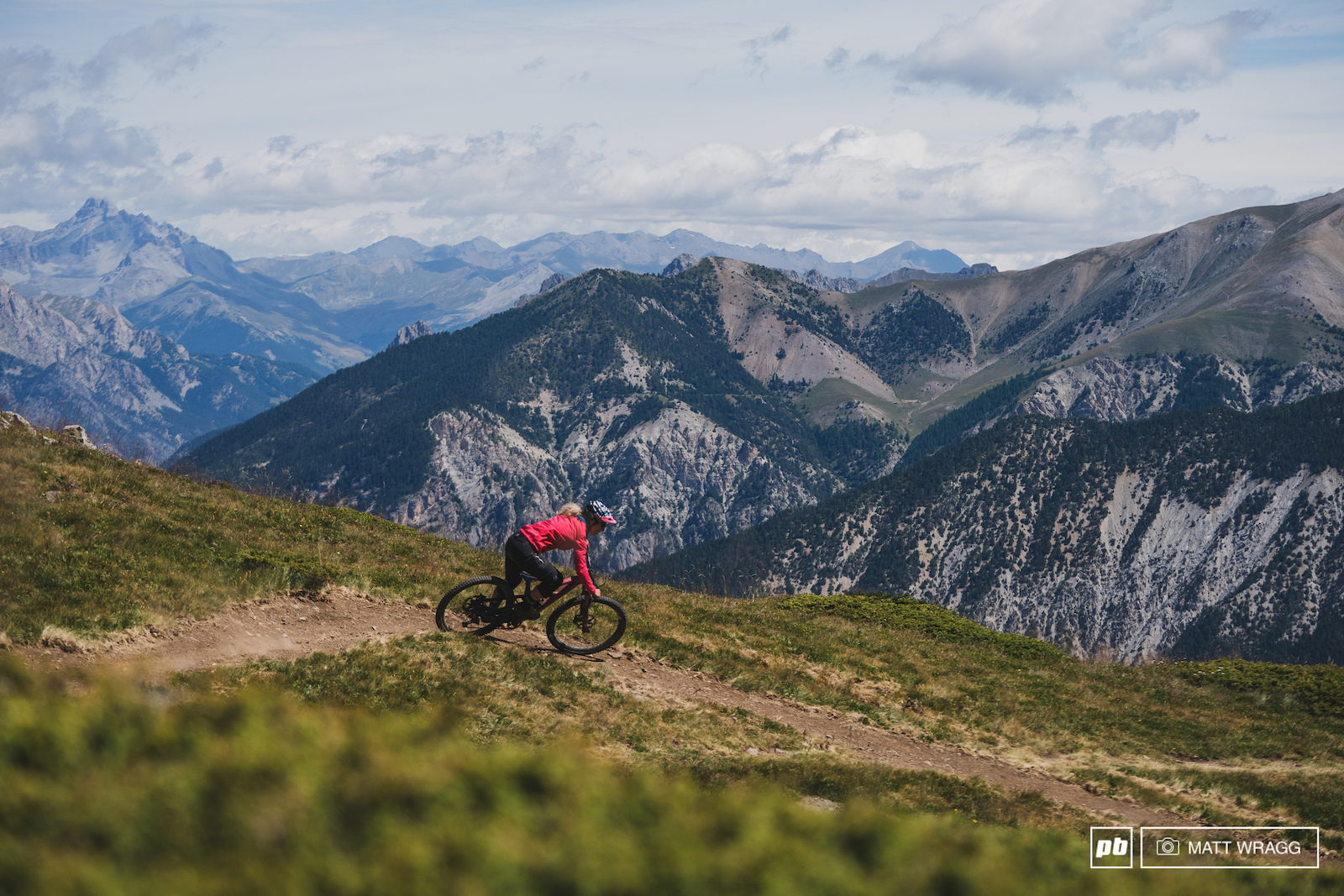 In proper French style, the opening hours seem connected more to the phases of the moon than anything that makes sense, and in the last few years, its hours have been cut even further. This is a shame because if you take that lift up on a day when the second lift, Peyrol, is running, then you are treated to one of the hidden gems of the southern Alps.

Jumping off the lift at 2,500m you have just three options - On the Rocks, the black run under the lift, the red run, Magik Valley, or a transfer over towards the main bike park for In the Clouds. Yet those three options are each something special and different, with around 900m descending for each run.

You can see it in the trailwork - this is the kind of riding Pierrot and his crew really love, business-be-damned. It’s hard to put your finger on any one detail, but the way it all rides and flows you just know that it was shaped by someone who loves it. 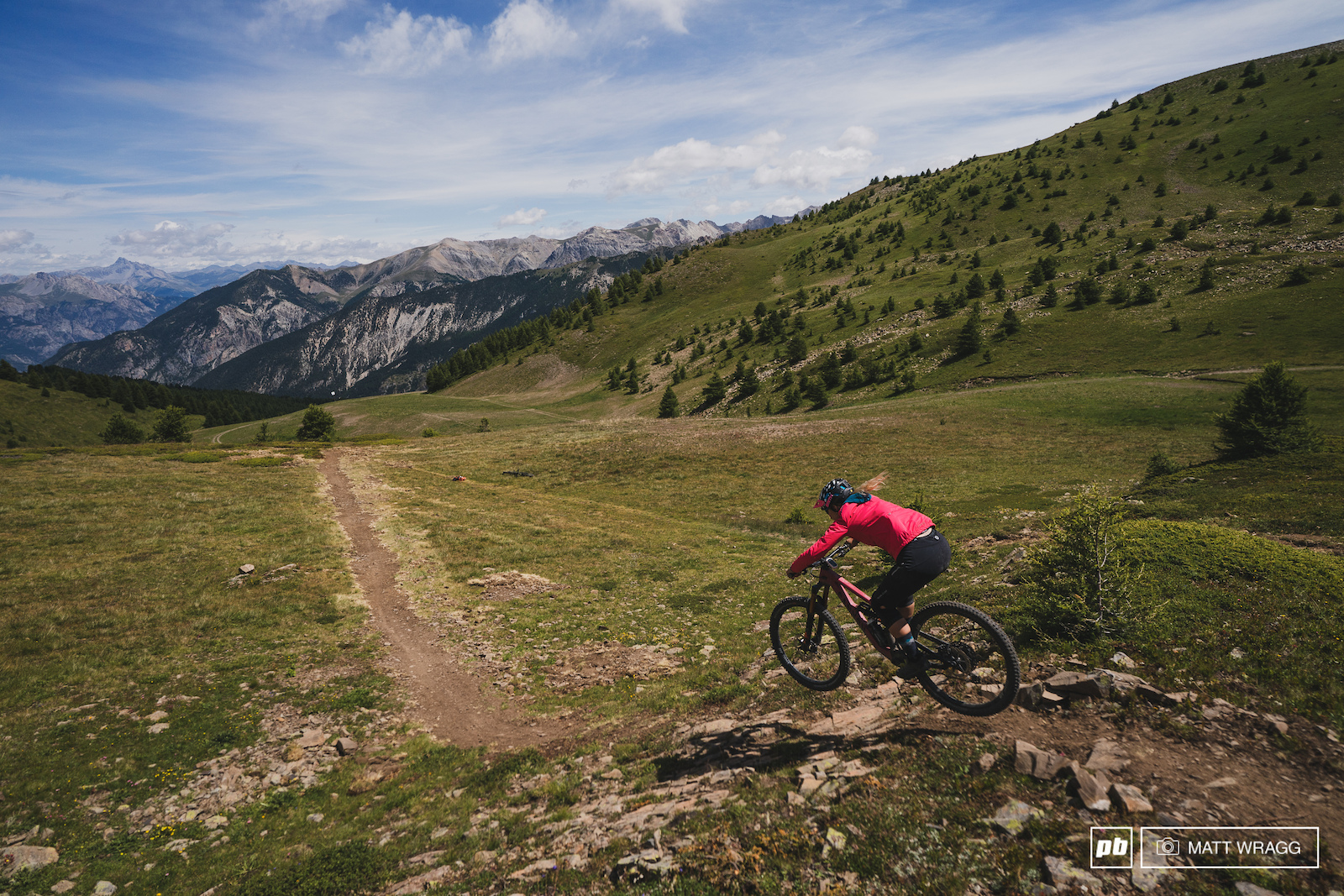 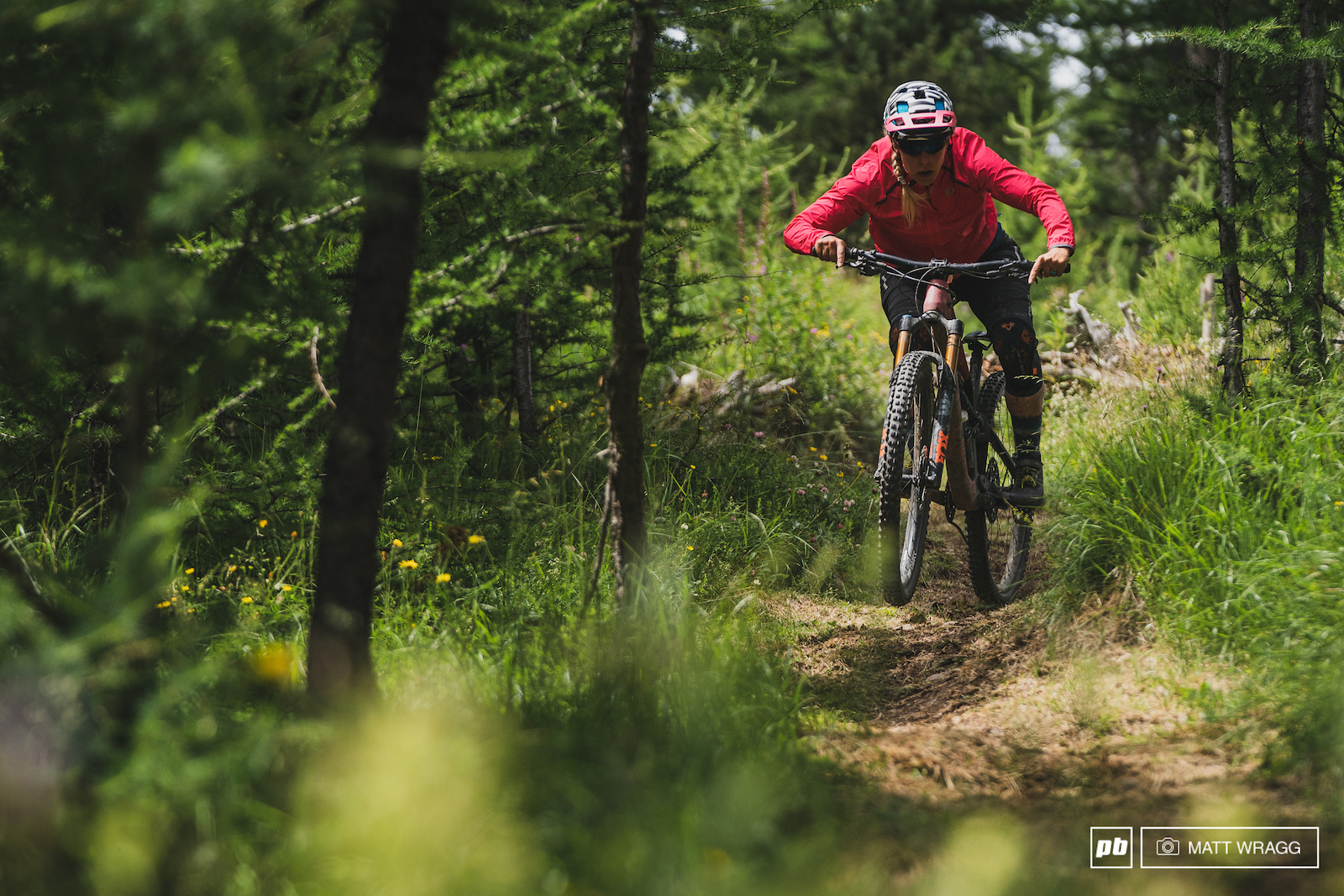 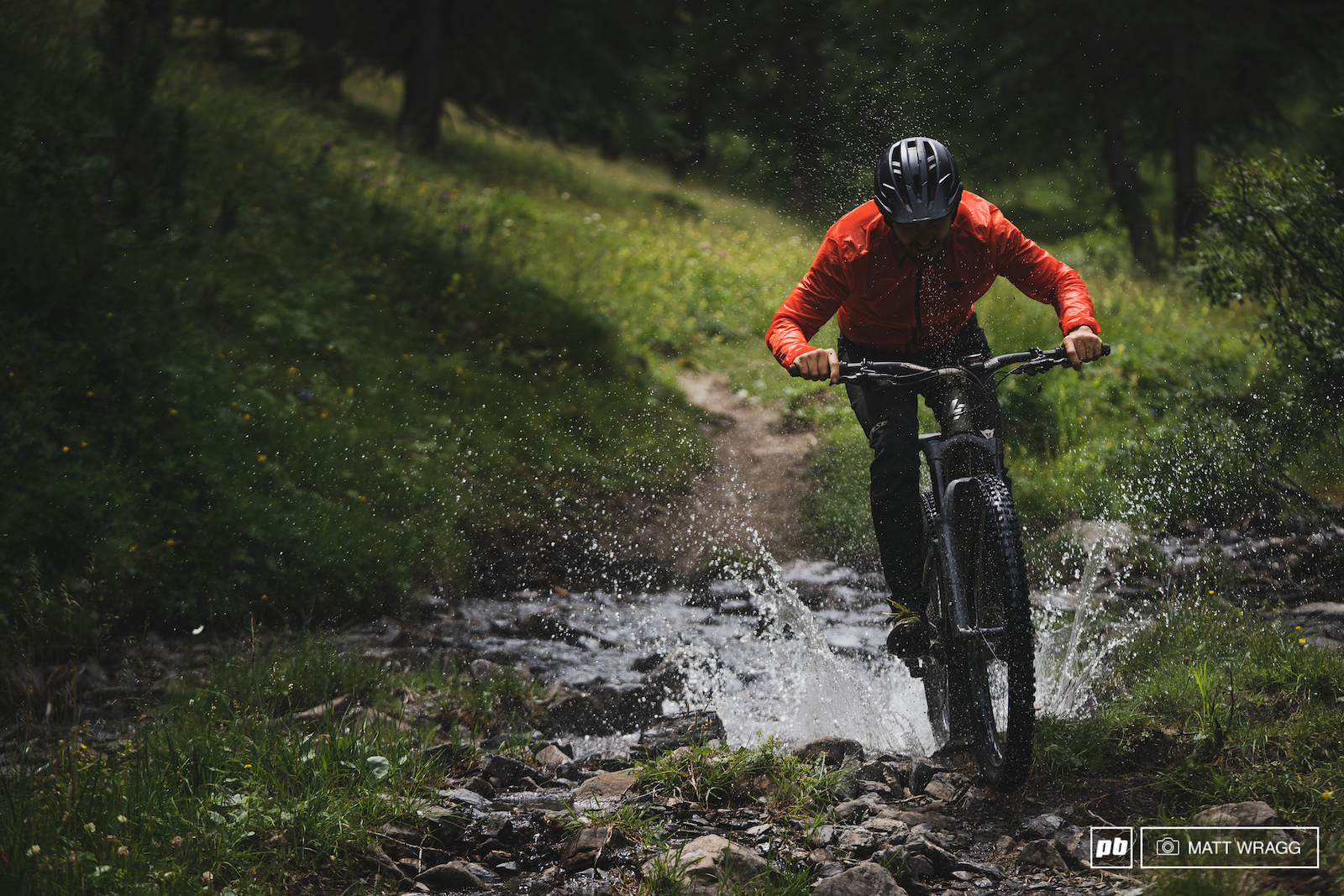 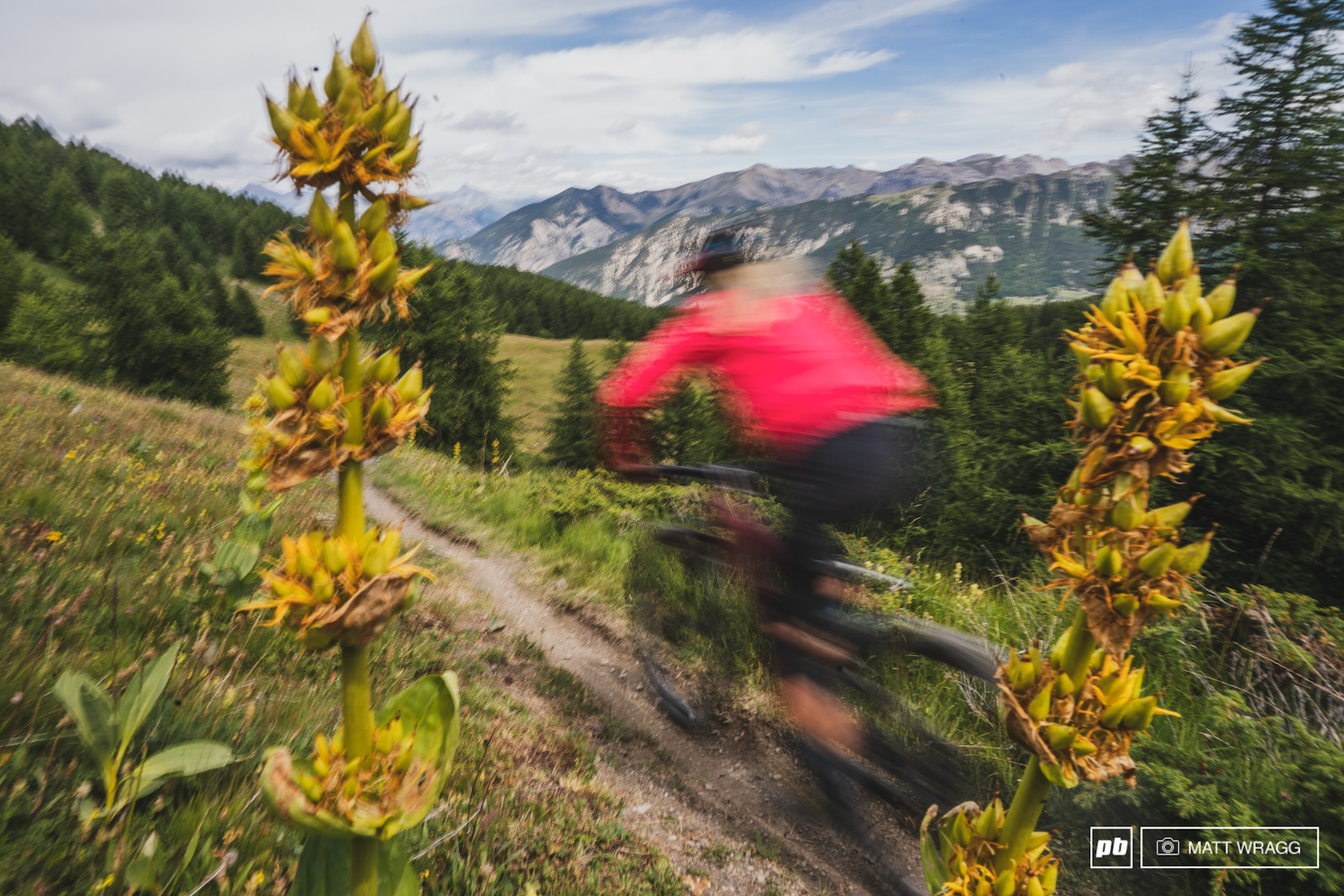 For this year they have started to re-work Magik Valley, shaping the upper section from a pure hiking trail to something you can really attack on the bike but without feeling too sanitised. Sitting, talking to Peirrot, Anthony and Camille as they take a break (Pierrots son and fourth member of the crew, Zian, was on holiday at the time) it starts to make sense.

Camille explains that on the new trail beneath the lower lift she was worried about what they were doing. Converting a hiking trail to a dedicated bike trail means they could add a trail to their selection without the onerous approval process. Yet she was against it at first, she loved riding the awkward, technical hiking trail and did not want to lose that rawness. It is a testament to the team that they hit that balance so well - you can ride hard, but it never loses that raw edge. 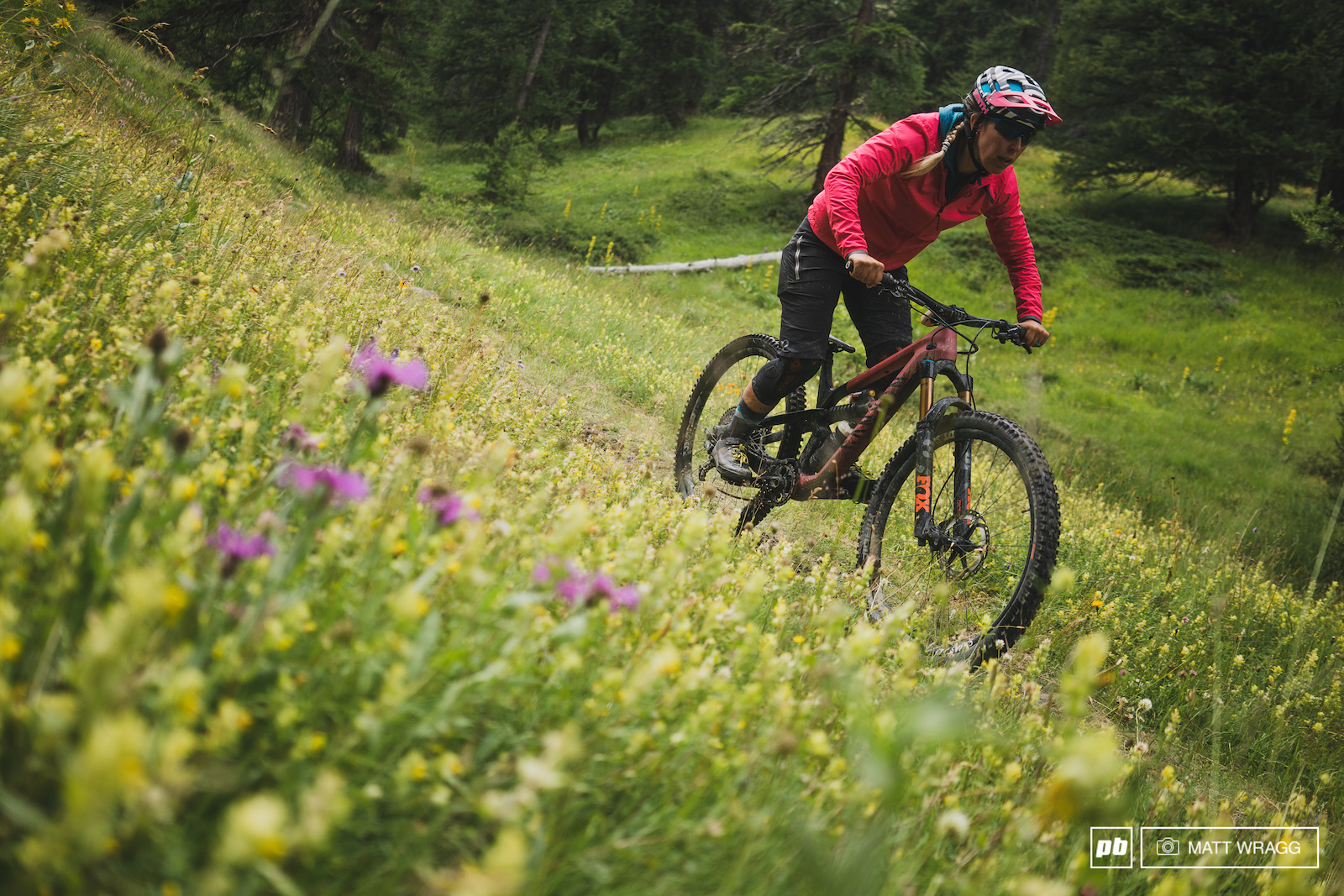 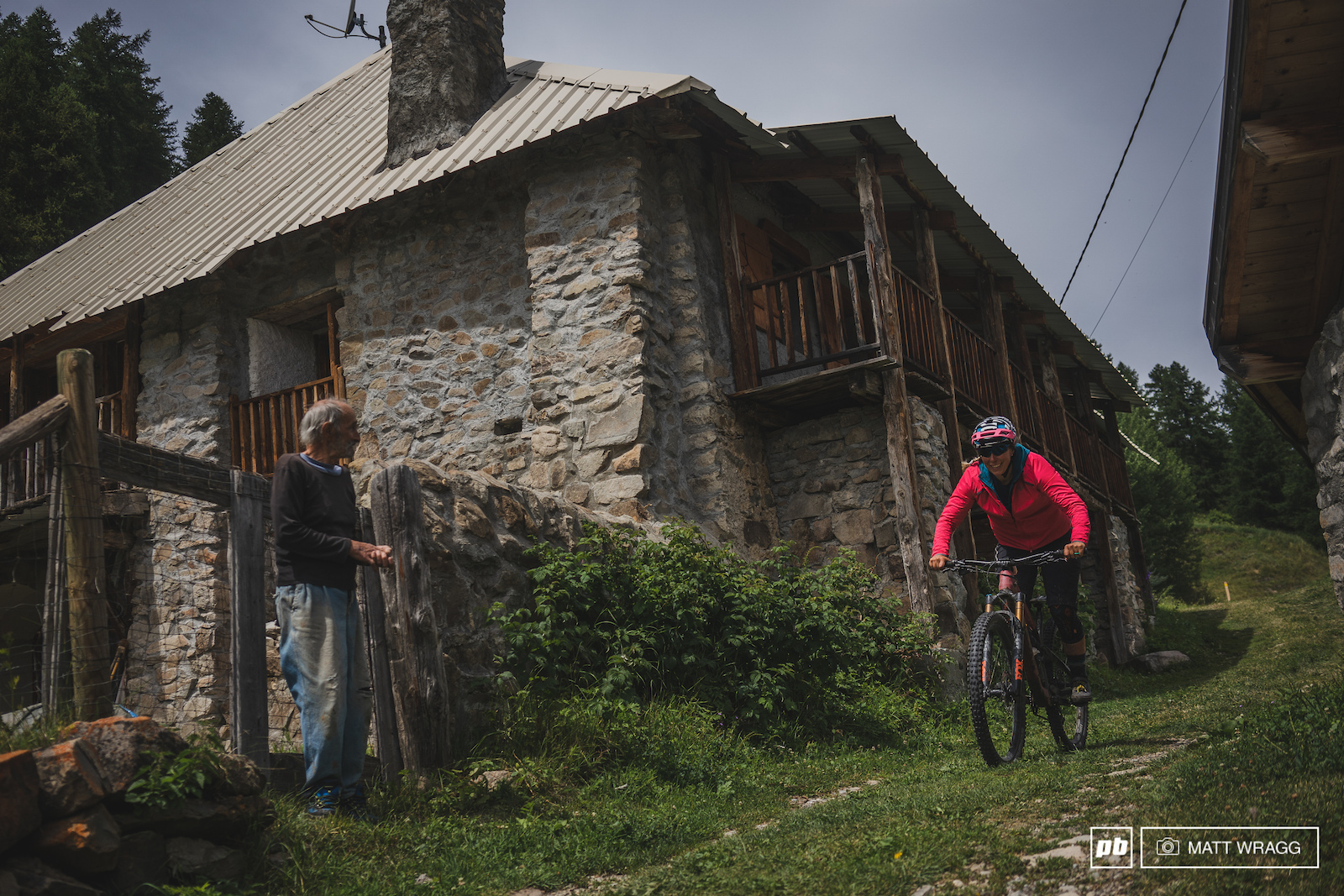 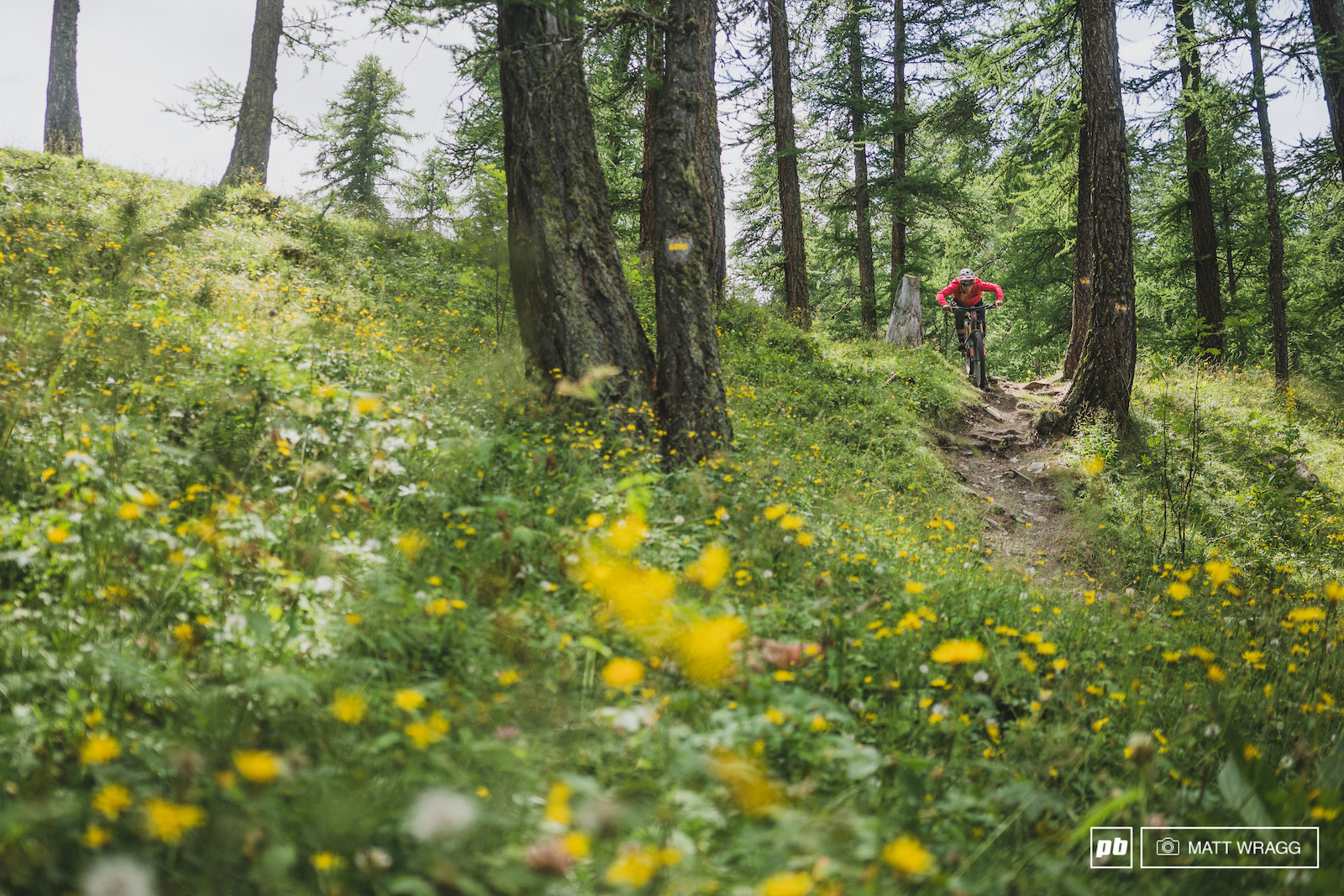 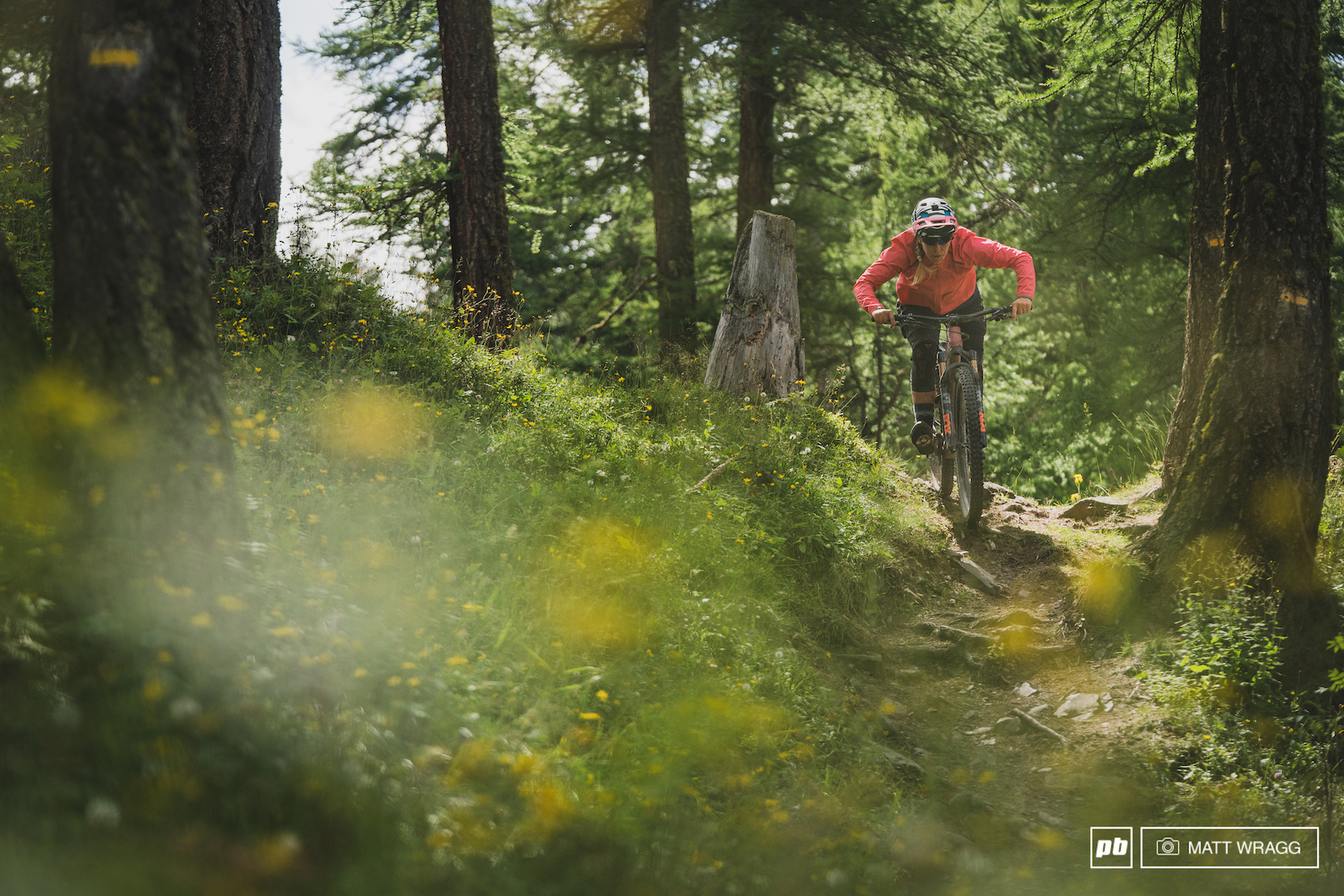 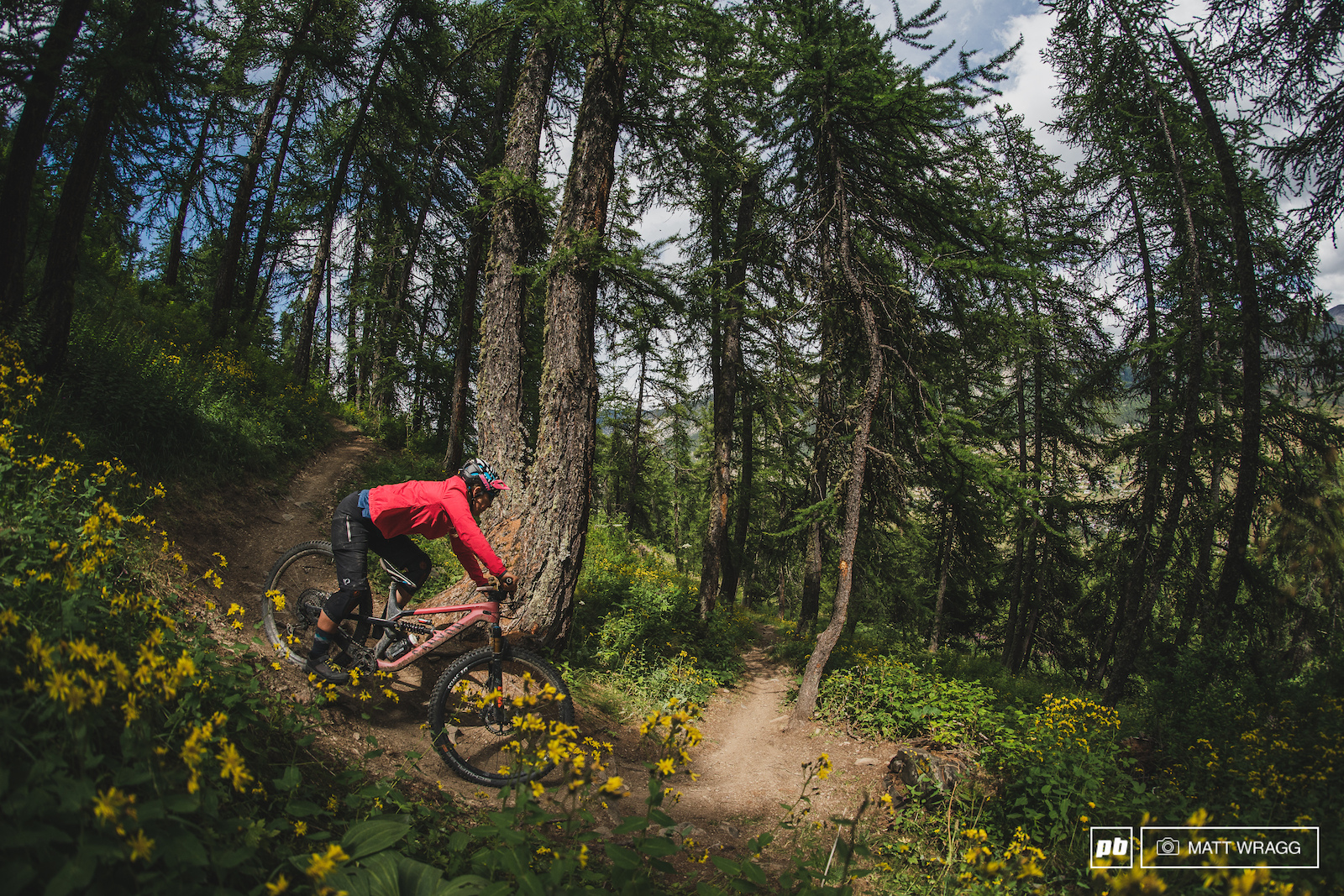 If you hit all three trails twice in a day you rack up nearly 6,000m of descending and around 40km distance. Because they’re not overly groomed it is a properly big day on the bike, taking in everything from high alpine meadow to dirty, steep ruts and everything in between. Of course, there is plenty of weirdness in there too. The lower trails on the Sainte Marie side join awkward hiking trails back to the lift, there is a road transfer back to Sainte Marie from the bottom of In the Clouds and you usually need to dodge the cows and navigate the electric fences on On the Rocks. The trick is that there is so much good riding to be had you’d be hard-pressed to care about any of that.

If you can sort the logistics (which we couldn’t), there is also an incredible trail running all the way from the top lift down to Embrun some 1,800m below.

flipoffthemonkeys (Oct 28, 2021 at 9:27)
a trail sign that prohibits equestrians and hikers...it's like i died and went to heaven

trollhunter (Oct 28, 2021 at 19:30)
I’d love to have bike park with similar signage in USA. Best part would be to have BBQ with horse meat instead of cow at bike park. There could be a horse burger called one less equestrian.

AAAAAHHH (Oct 28, 2021 at 14:10)
Thanks Matt for the article ! The locals in the Haute Alpes are so chill, they make you feel the "douceur de vivre". I was there this summer for an enduro race and it was just great : good flow, epic scenery, warm people.

notphaedrus (Oct 28, 2021 at 8:32)
Lots of the French resorts scratch out a few bike tracks to make a bit of money in the summer months. But most of them are pretty dull and soulless IMO. I don't mind the natural ones though, so might give this a go if heading that way to Italy next year.

aidy (Nov 2, 2021 at 1:31)
The Vars WC track was one of my favourites from my all over France trip. such a super chilled place and only 2 other riders were there all day. It made for such a relaxing atmosphere. It was definitely well maintained too.

sebc38 (Nov 4, 2021 at 6:11)
Thank you so much Pinkbike to write about a place I have ridden. I totally agree : trails are good, landscapes are beautiful, people are nice and opening hours weird. Good enduro race in July too.

ESKato (Oct 28, 2021 at 9:58)
Whilst I agree, I must say that these places won’t be around for long if there a too few people to even make it worth. We rode there 2 days and met maybe 15 people. That’s individuals because we ran into the same people over and over. And that was beginning of July with splendid weather

ESKato (Oct 28, 2021 at 9:56)
Been there this summer and it was well nice. Felt much more genuine then many of the french resorts do in other places.

mattwragg (Oct 28, 2021 at 23:38)
I can tell you categorically that I did not ride into the bank - there was some loose soil that caused the rear wheel to slip a little, then a millisecond after this frame I added a wee flick of countersteer and all was well in the world.