Opinion: Should We Be Racing eMTBs?

In my last editorial I wrote about how the sales of eMTBs look like they will uproot the financial underpinnings of high-level enduro racing. However, going through the comments, I get the impression that many of our readers wanted to talk about racing eMTBs instead. So here we go, my two penneth on racing ebikes.

Should we be racing ebikes? Yes, of course. Should we be organizing elite-level competitions? Probably not. I’m not sure we should have eMTB race series at anything more than a local level, or at least not yet. I joined Pinkbike around ten years ago. I was (and still am) living on the French-Italian border where enduro racing was huge around me. Chasing after the races, I followed the ascent of this phenomenon as it emerged onto the world stage. I don’t like saying I was lucky to be there, I believe you make your own luck, but it was an exciting time to be part of. There was the feeling that we were riding some great wave and with hindsight, I think it is fair to say that enduro racing was the biggest upheaval in mountain biking during my riding life. Up until the arrival of the eMTB, at least… 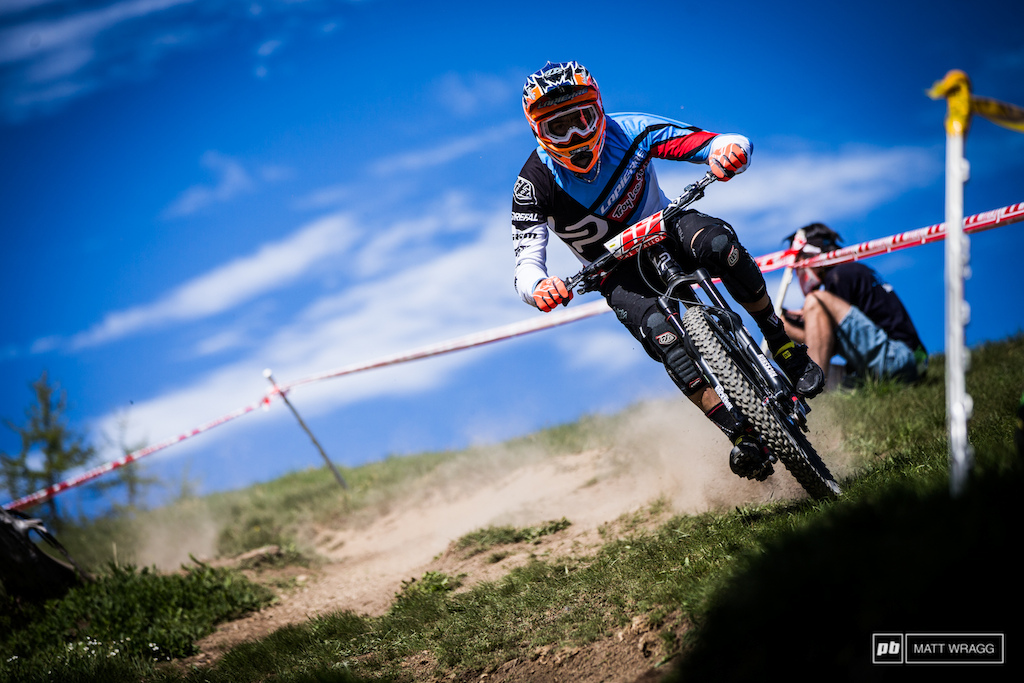 Nico Vouilloz on his way to winning the EWS race in Val D'Allos, 2013
Enduro at its heart is a deeply European idea. The first season of the EWS marked the tenth anniversary of the first modern enduro race, the Tribe 10,000 in Val D’Allos, France. Superenduro in Italy had been going for more than five years, in the UK the Gravity Enduro series three or four. There were series in Spain, Germany, everywhere. I know some people dispute the role of the Tribe 10,000 as ground zero because in many places there were enduro-like races stretching back as far as the 1980s. It was an idea that riders wanted and before there was a defined sport to latch onto they could instinctively feel the rough outline of the thing. The EWS rose from a groundswell of grassroots through to national-level racing, it was the natural conclusion of a movement that had been gaining momentum for years.

In the US things were not as far along. 2012 marked the first national series, the North American Enduro Tour (my wife, Mary Moncorge, won it), combining Crankworx rounds, the Wasatch Enduro in Utah and several rounds of the Oregon Enduro Series. Around that time one edition of the Crankworx, Whistler enduro went down in infamy for having impossible liaisons. Many races were little more than rebadged Super-D races, stripping the crucial technical elements out of the racing. The Sea Otter enduro was raced in full spandex. I was fairly vocal about how shitty I thought it looked, but with hindsight, I think my comments were unfair.

What I didn’t grasp at the time was that North American mountain bikers found themselves in a very different situation to their trans-Atlantic counterparts. European enduro racing was something created by grassroots riders and had time to mature and grow into something ready for the big stage. In North America, there was an already-defined discipline being introduced from the top-down to racers. That created tension. I remember the response at the time swinging from outright hatred to over-excitement coupled with an unclear idea of what the thing actually was. Does anyone else remember “enduro” blue? How every new product seemed to have the ‘e’ word plastered across, regardless of how appropriate it was? Today grassroots enduro racing is huge across North America, maybe even more so than in Europe, but only because it has had time to find its own way to that point. 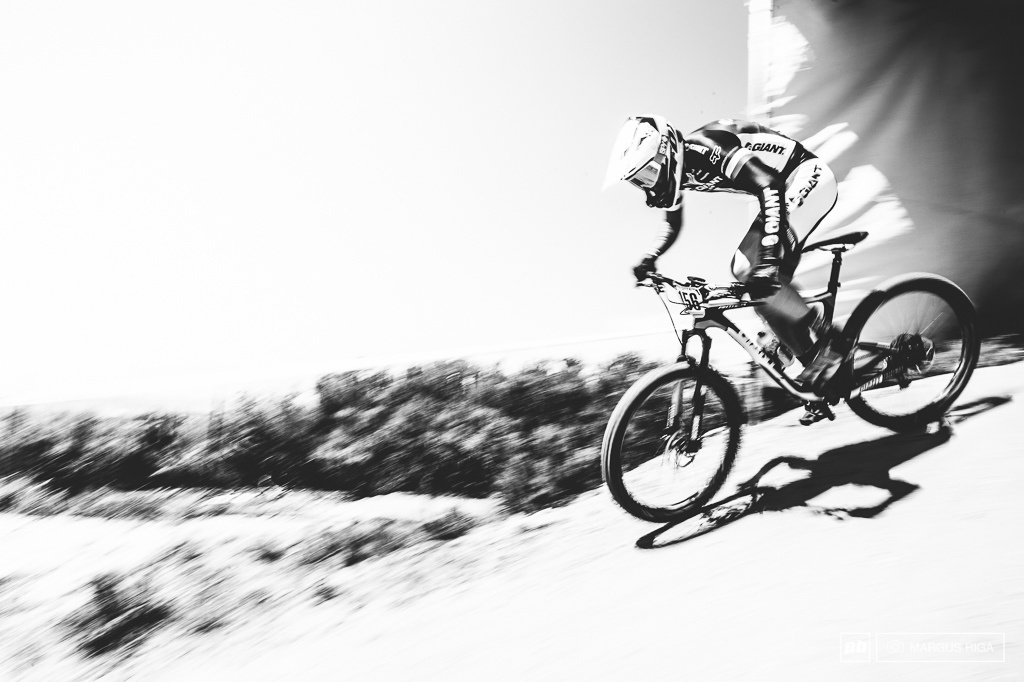 Sea Otter Enduro 2014. The less said the better, right?
What has this to do with eMTBs I hear you asking? EMTBs are not mountain bikes. While I would argue that they are not so different to ignore their differences is unwise. eMTBing is also a young sport. Realistically eMTBs that can be ridden hard on technical terrain have only been around for five years or so. To draw a parallel to mountain bike history, I would say that they have left Mount Tam, reaching the early days of commercial mountain bikes. Even the early adopters are still trying to get their heads around the bikes. I first rode an ebike six years ago now, and I am still searching for the limits of what I can do on one of these bikes - certainly my current bike is capable of way more than my first personal eMTB in 2017. Imagine asking Charlie Kelly to visualize a modern EWS race based on racing the Repack on his klunker. Or Mike Sinyard to extrapolate the modern Stumpjumper Evo from his first hardtail frames.

If history teaches us anything about mountain bikers, it is that given time they will find the limits of the bike and sooner rather than later put a stopwatch to it. They haven’t got there with eMTBs yet. Here on the Franco-Italian borderlands there are people pushing eMTB racing - the founder of Superenduro, Franco Monchiero, has run an Italian national e-enduro series since 2017, we had the launch of the World Ebike Series (that has never left Central Europe) and around the Southern Alps many of the former enduro race organizers turned their attention to eMTBs a few years ago, there have been hillclimbs, eXC races, weird enduro-alikes, enduro races with a token climb thrown in and a few very good stabs at getting something right. It is worth noting that at the same time here in the Maritime Alps, a place where enduro was the lifeblood of the local scene for almost two decades, the popularity of grassroots enduro racing is coming crashing down. Amongst all this no single format has emerged though, nobody has yet struck upon the magic formula, and if you head to less racing-obsessed areas there's a good chance there are no races at all.

I raced a round of the Italian e-enduro series back in 2017. In honesty, it was pretty good, the racing took place on a course that for the most part would not have looked out of place at a good enduro race, but the team had added in some ugly climbs, a more XC-focused stage that would have been miserable-at-best on a mountain bike and a 45-minute charging/snack break. I finished 16th scratch, in case you were wondering, and no, factory teams have not been beating down my door to offer me a ride since. It was so good that I headed back in 2018, riding a course recce with the organizers and practicing for one round, but was disappointed to see what I found. The organizers had softened up the courses. Asking them why they were heading in this direction they explained that the people who were buying eMTBs, who were coming to race the whole series, did not enjoy the more demanding courses as much and they had to follow what their customers were asking for. 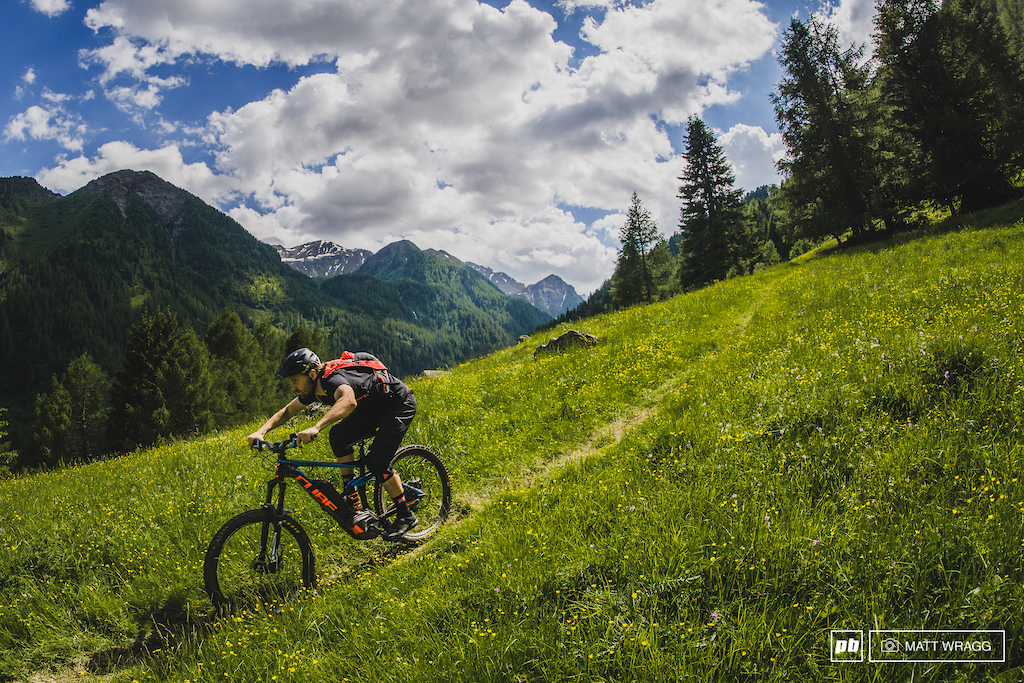 Open practice at the Val di Pejo E-Enduro, 2018
This is where eMTB racing is different from mountain bike racing. Mountain bike racing is, for the most part, sustained by young, hungry riders. They are the people that are there week-in, week-out, who race organizers depend on to keep their series going. But if you are young and hungry, chances are you don't have the $15,000 spare for the latest Specialized Turbo Levo. With the E-EWS you will need two extra batteries if you want to race in the pro class and the current generation of larger batteries will run you around €800 per battery. The people that are going putting this kind of money into their bikes may show up for a race or two as an experience, but they will not be there regularly enough for a series to work. Then there is the rate of development of the bikes themselves. Today a bike from two years ago is more or less obsolete, maybe not if your goals are having fun, but certainly for winning races - one well-known DH legend skipped the Pietra Ligure E-EWS as he only had the Shimano E8000 motor available, not the EP8. And all this is before we start talking hacking the motors, power to weight ratios and the disproportionate time gaps from climbing compared to descending.

Of course, this doesn’t mean we won’t see a lot of eMTB racing in the next couple of years. Our industry has a racing problem. Racing is how companies sell bikes to us and how they think about the sport. Our global governing body is hard-wired for racing, which means the national federations are too. And, try as we might, it filters down to most of us too. So along comes a new type of bike and it makes sense that brands want to go and race them, in some cases for no other reason than it fits nicely with their existing marketing structures. Those bikes proving to be such enormous commercial successes only adds fuel to that fire, despite the fact that the current commercial success is not based on racing.

What this all adds up to, I don’t know. It is certain there will be a lot more ebike races, I think it is a safe bet that they will be met with resistance in many places as eMTBs are not yet universally accepted and mountain bikers seem to be instinctively sceptical of anything coming from the top down. But what it will all add up to is anybody’s guess. If I had my way, we would all take a step back to watch how the eMTB market evolves, how these eMTBs are being ridden and what the people who are buying them are looking for. I am pretty certain that given time that riders will find a fun way to race them and we will have better racing by waiting…