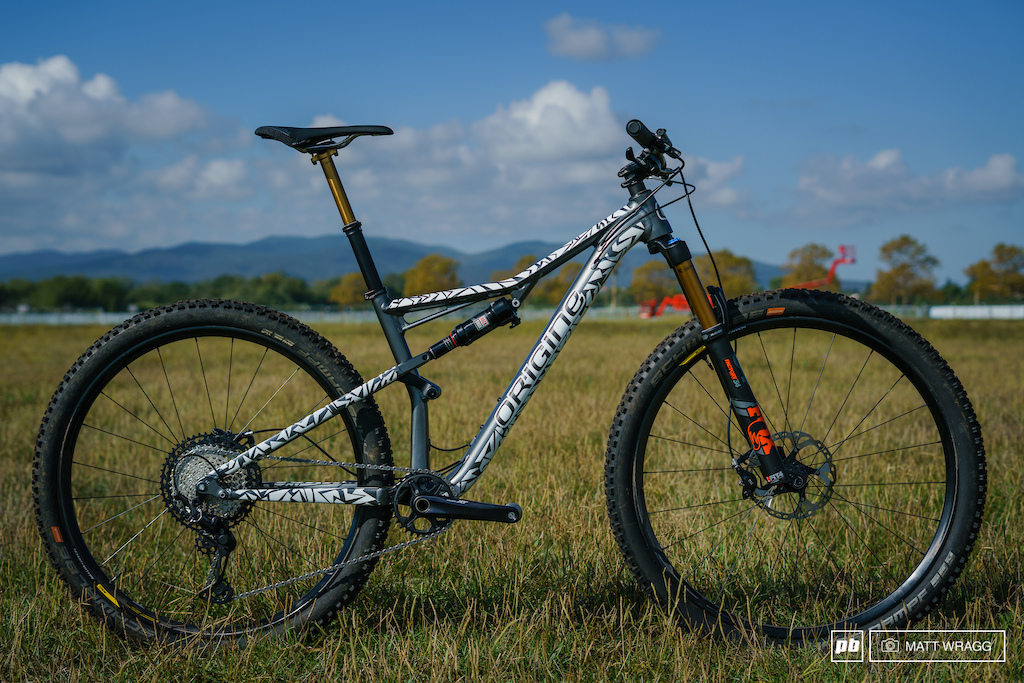 Origine are a relatively new direct sales brand based in Lille, in northern France. Their background is more on the road side, and it doesn't sound like an ideal spot for mountain biking - they have to go to Belgium to find hills - but they had a couple of promising mountain bikes on their stand. Initial impressions are that they are making simple bikes at competitive prices - all with the option to customise the spec to your liking. 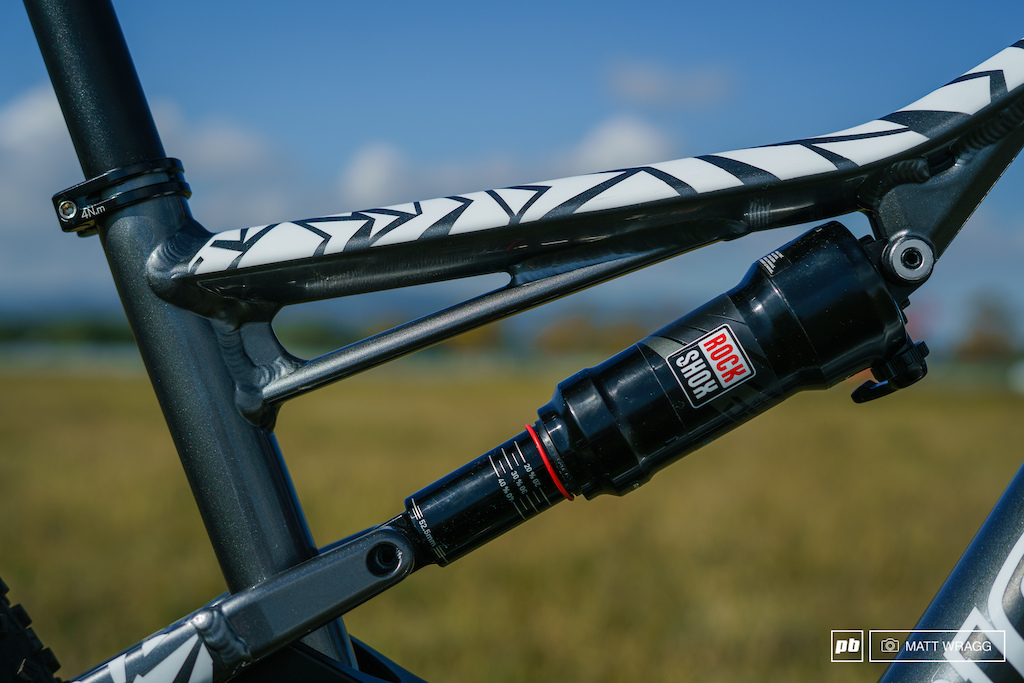 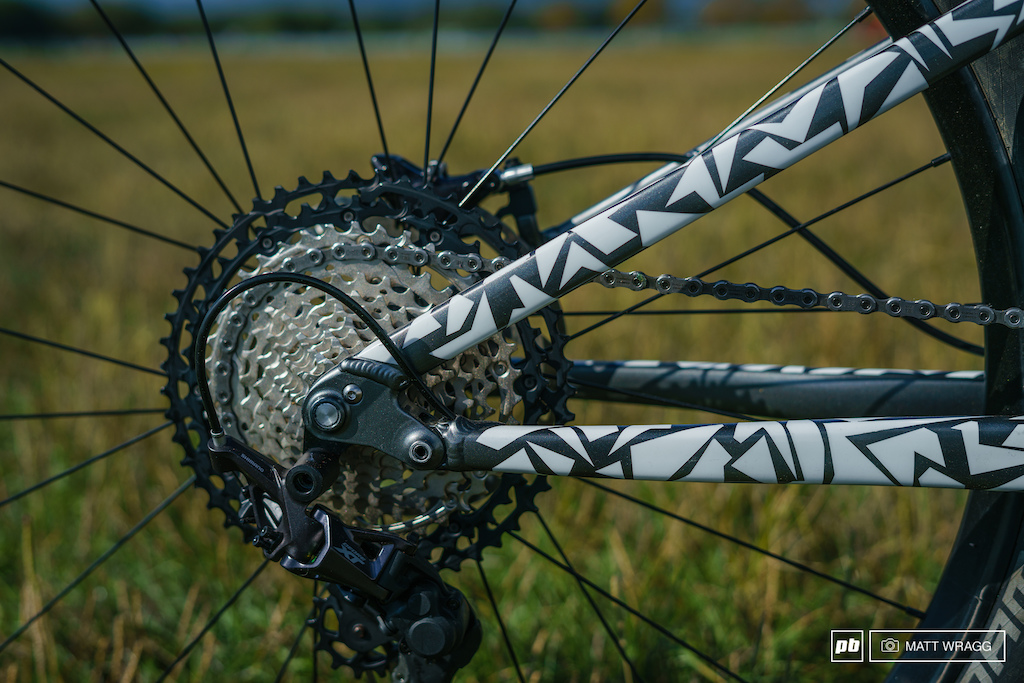 The Niger is their first foray in the world of full suspension - this is their first prototype, with production planned for March/April next year. It is a simple, aluminium-framed, four-bar linkage setup sporting 120mm travel at the rear paired with 120 or 130mm at the front and is aimed at XC through to more general trail duties. Pricing will start around €2300 for an SLX build, a Fox Rhythm fork and Mavic Crossmax wheels (although you'll likely need to add a couple of hundred more if you want a dropper post). 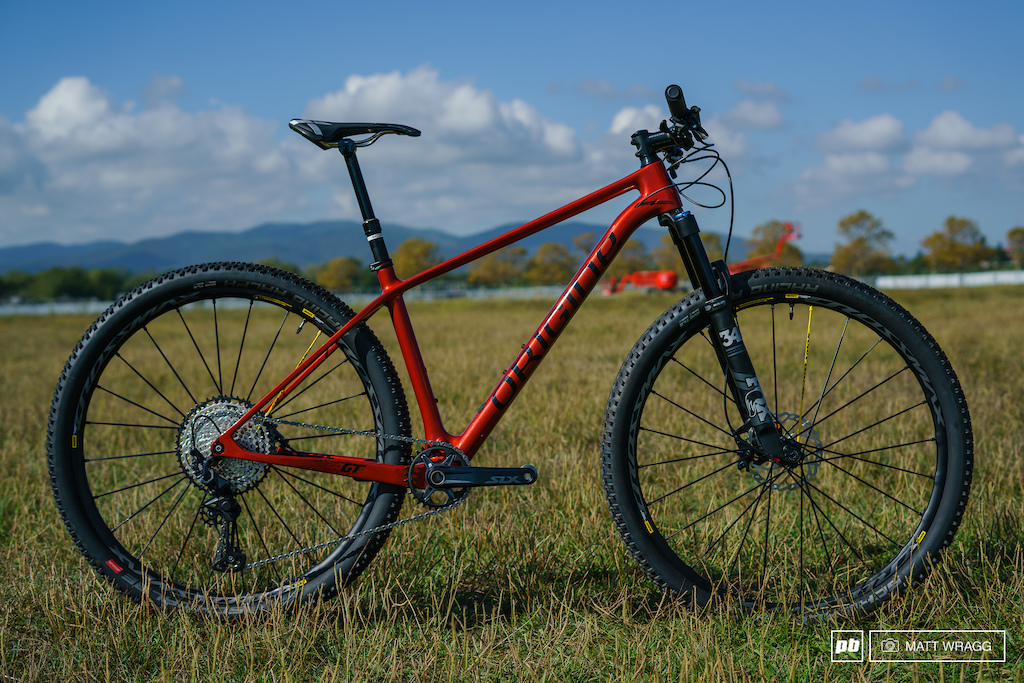 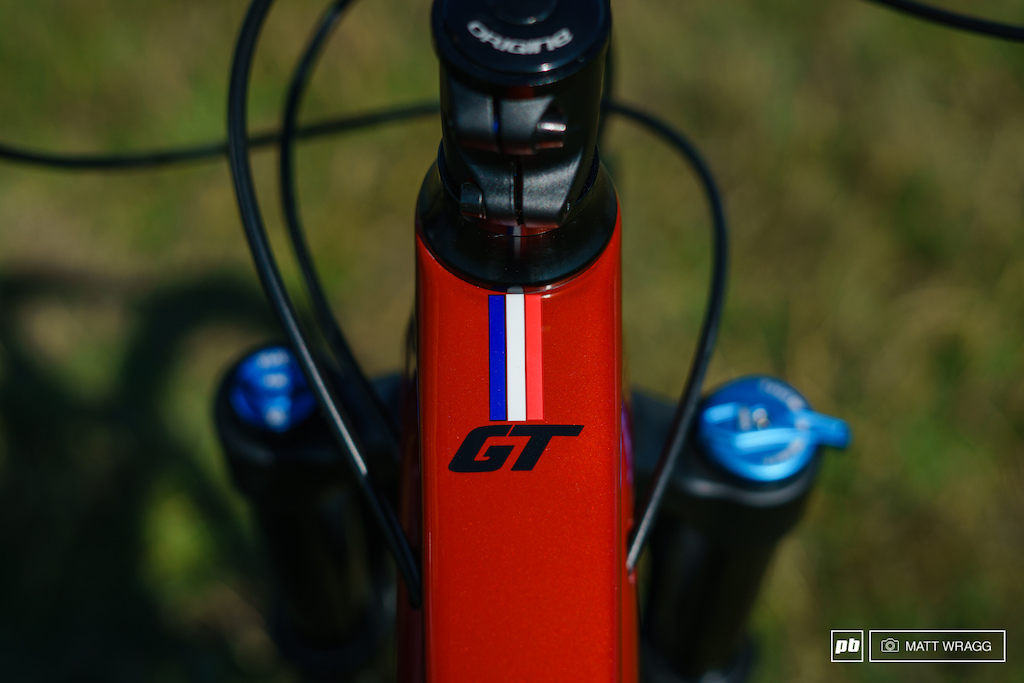 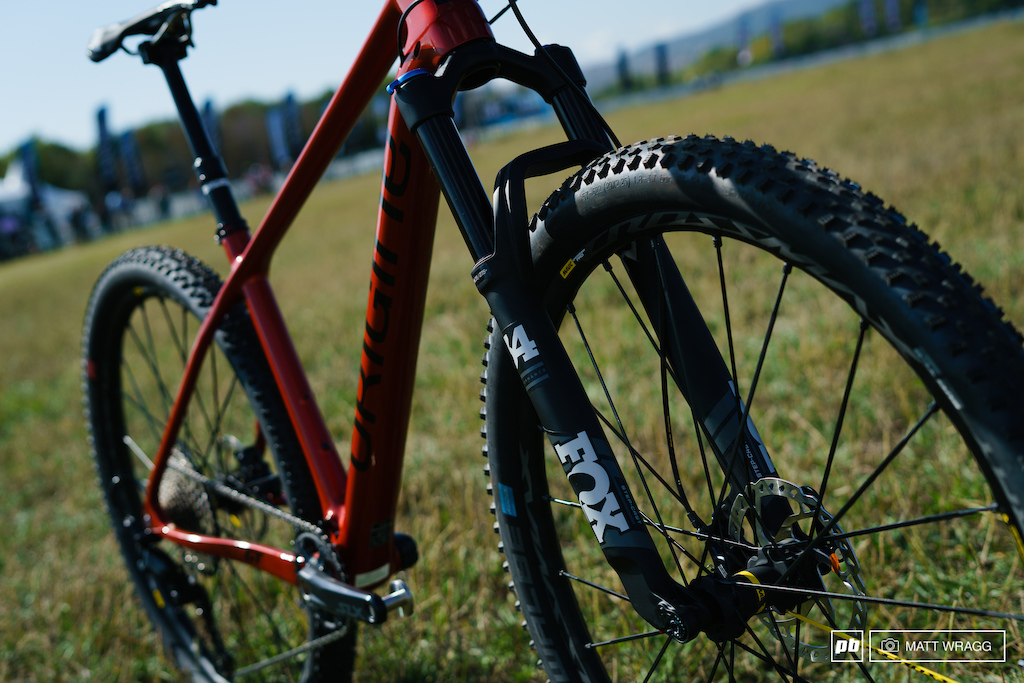 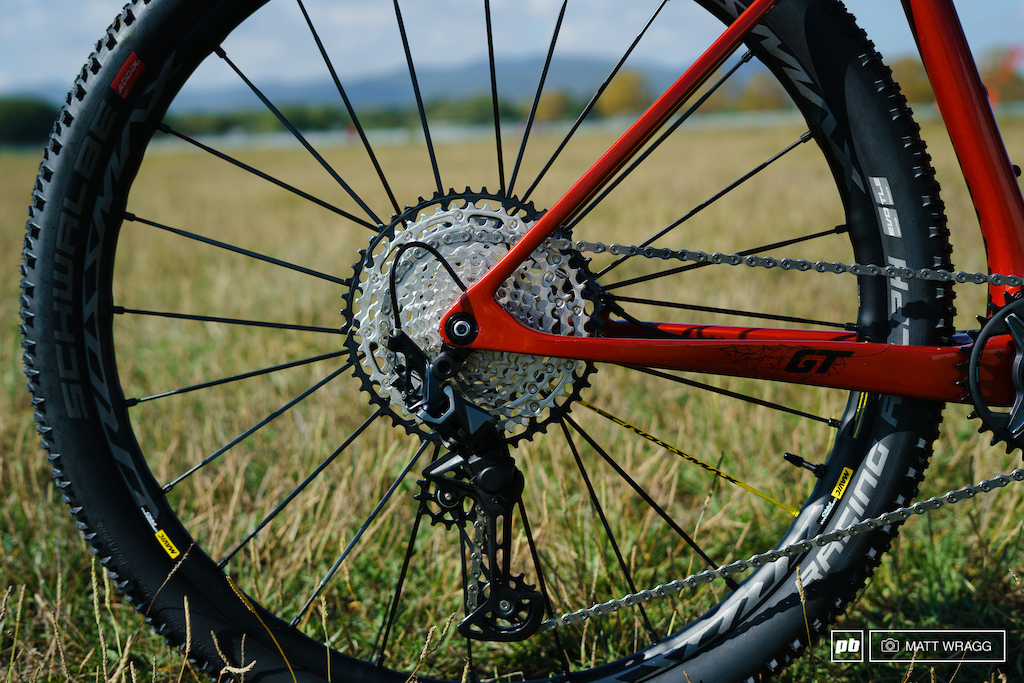 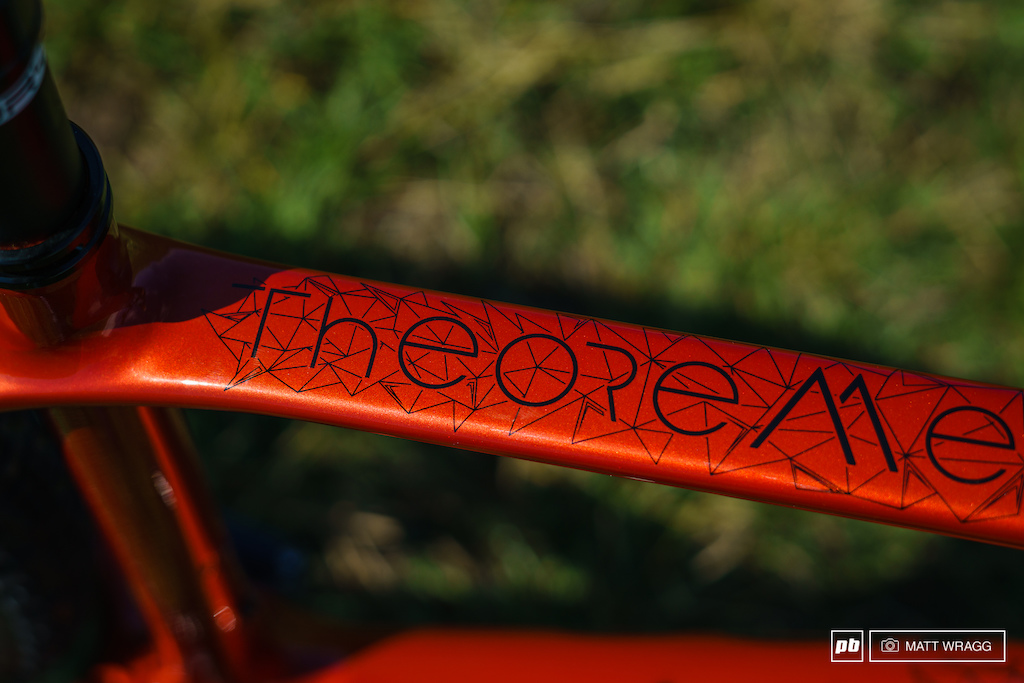 The Theorem is their current carbon hardtail. It can be had in two flavours - the GT, which is lighter, stiffer and racier and intended to pair with a 100m fork and the GTR which is a little more comfortable and intended to run with a 120mm fork. Pricing looks competitive, with the base model GTR costing €2040 with a Rockshox Reba fork, SLX drivetrain and Mavic Crossmax wheels (but again, no dropper post).

enduroNZ (Oct 12, 2019 at 3:34)
Spelling probably wasn’t your best subject at school was it, neither pronunciation...

ajriding (Oct 12, 2019 at 9:44) (Below Threshold)
The USA democrats do not understand words or how to use a dictionary, they will scream racist for words further unrelated to this with little provocation.
Where is the Dave Chapelle of the bike world? I can just see the laughs now…

I just want to make sure.

EnduroriderPL (Oct 12, 2019 at 11:07)
Yep, they should've went for "remember Senegal" or something like that... but in all seriousness that is strange choice to be honest.

WAKIdesigns (Oct 12, 2019 at 11:09)
@EnduroriderPL: Steven Senegal the greatest martial artist of all times is indeed a good name for the bike...

Look at my flag

WAKIdesigns (Oct 13, 2019 at 11:06)
@freesportuk: what a decent name. It builds trust. Perfect for an airline pilot. Ladies and gentlemen welxome aboard Brotosh Airways Boeing 787 HMS Victoria, i am Captain Nigel Corothers, we shall fly through interesting cloud formations tonight, buckle up and enjoy your flight. It will be one to remember as the smoothest and fastest!

There is a mistake in the review: Our full suspension prototype is called Naja (like the snake).

We will keep you posted when the bike will be ready.

This is good of you to point out as can’t expect all pbers to know more than their A,B,C

drpheta (Oct 12, 2019 at 4:08)
That full suspension looks like the previous generation stumpy/camber

granjak (Oct 12, 2019 at 11:08)
I'm glad to see, finally, a new French brand making some really good bikes. Their road bikes' reviews are pretty good, and their 2 gravel bikes looks versatile and very well made. This new fully is interesting.. but not really exciting. It calls me the Sunn Shaman released 10 years ago.

Rainozeros (Oct 12, 2019 at 13:13)
Kind of like Nigeria Gas which Russian owners back then named Nig–Gaz. Different countries different rules...

There is a mistake in the review: Our full suspension prototype is called Naja (like the snake).

We will keep you posted when the bike will be ready.