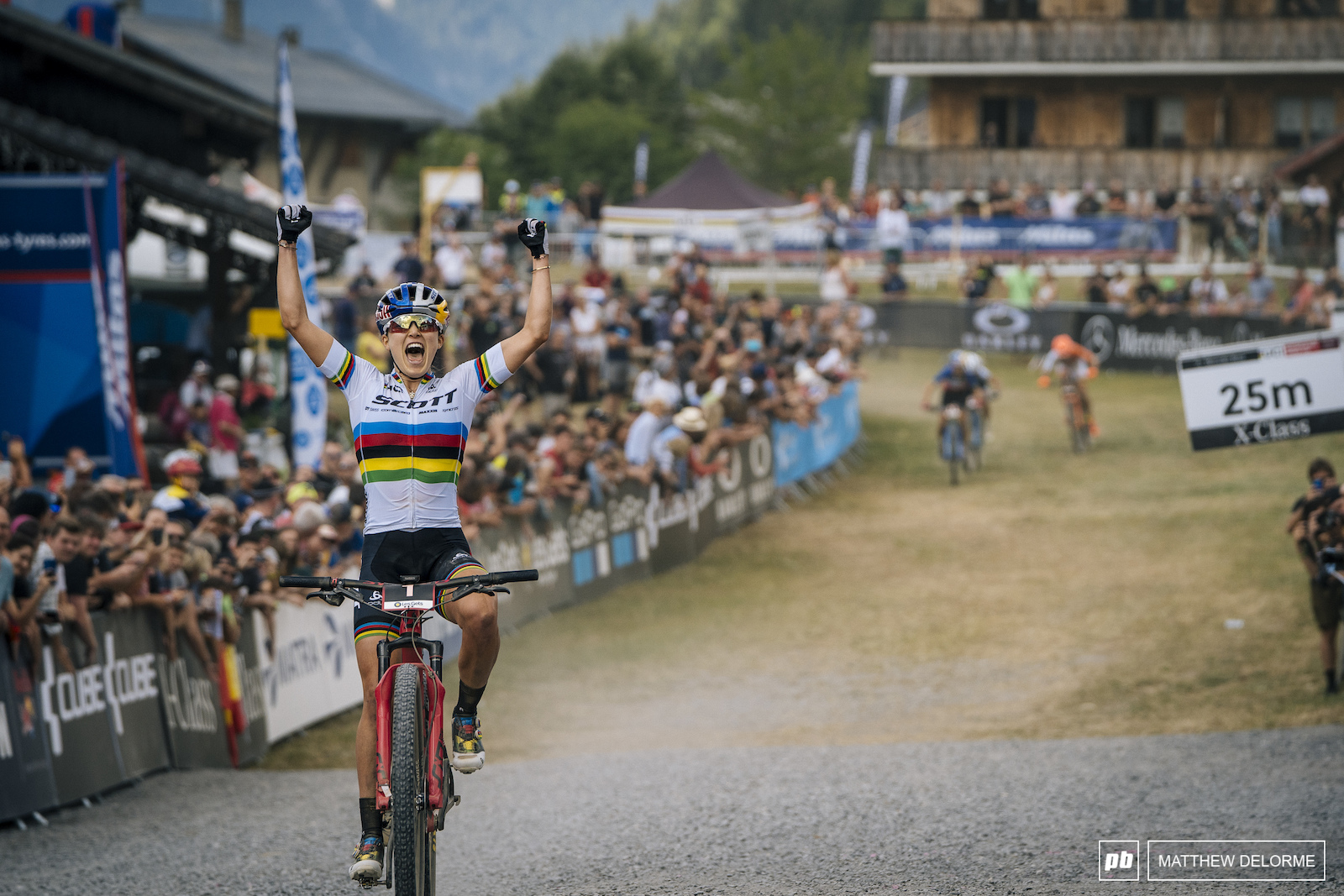 Photo Epic
Friday Night Dust Fight
UCI XC MTB World Cup Short Track Les Gets, France Presented by Mercedes Benz
Photography by Matthew DeLorme and Andy Vathis
Les Gets has opened up the XC racing with some intense battles on the short track. The flattish course made for high speeds, lots of dust and some mega back and forth battles. Kate Courtney returned to take a commanding win after a rough weekend in Andorra. Pauline Ferrand Prevot took second on home soil, and Elisabeth Brandau took third for the women. Jolanda Neff got off the start like a rocket and finished fourth. The men's race was at such a high pace that if the riders were more than five places back they were often obscured in a cloud of dust. Position changed at a rapid pace and Henrique Avancini held a lead for quite a stretch before Mathieu van der Poel made his move. Victor Koretzky nabbed Nino Schurter in a sprint finish. Tomorrow will be the final day of practice before the big show, and with no rain in the forecast, the races should be fast-paced. 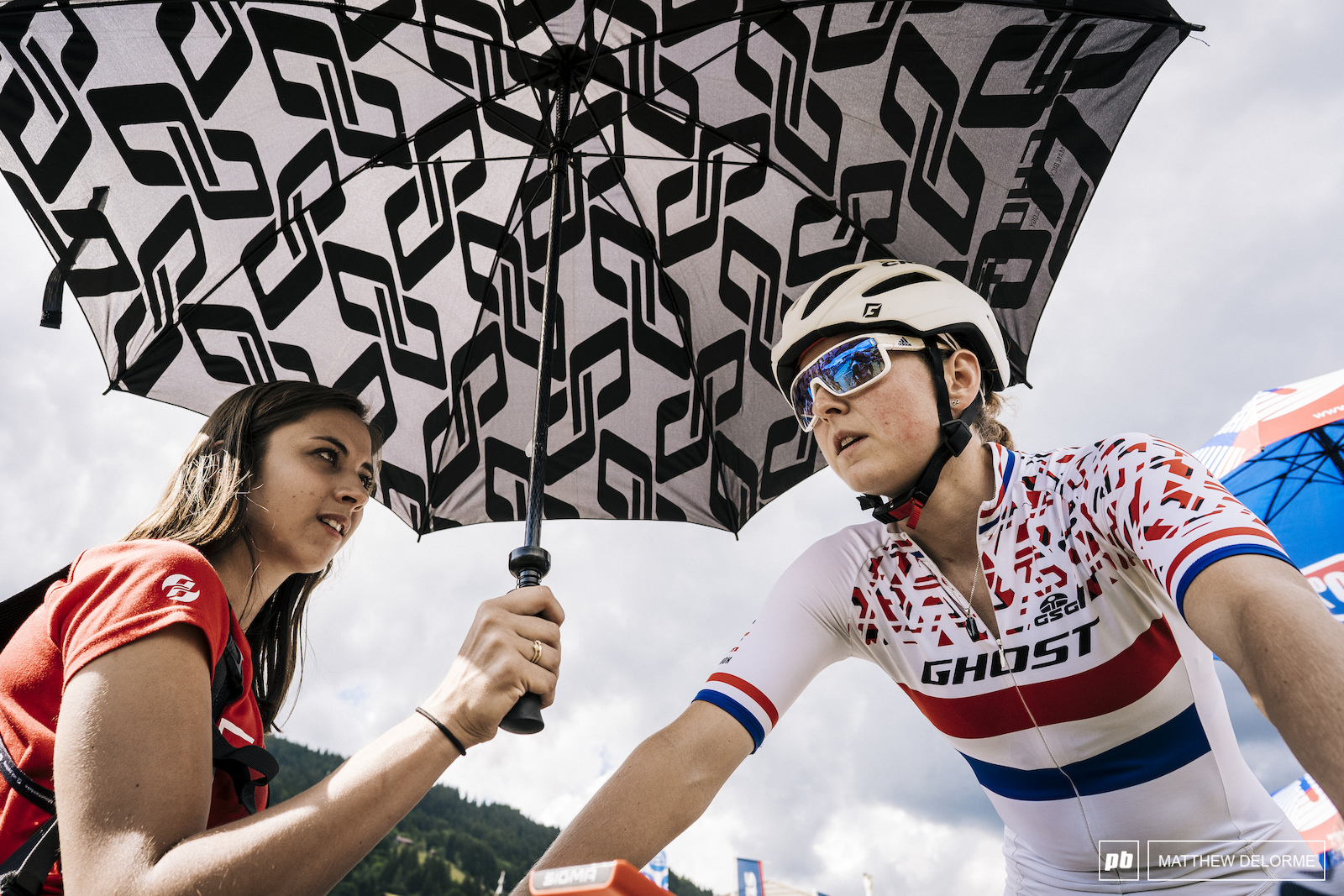 Anne Terpstra looking forward to carrying the momentum from that Andorra win. 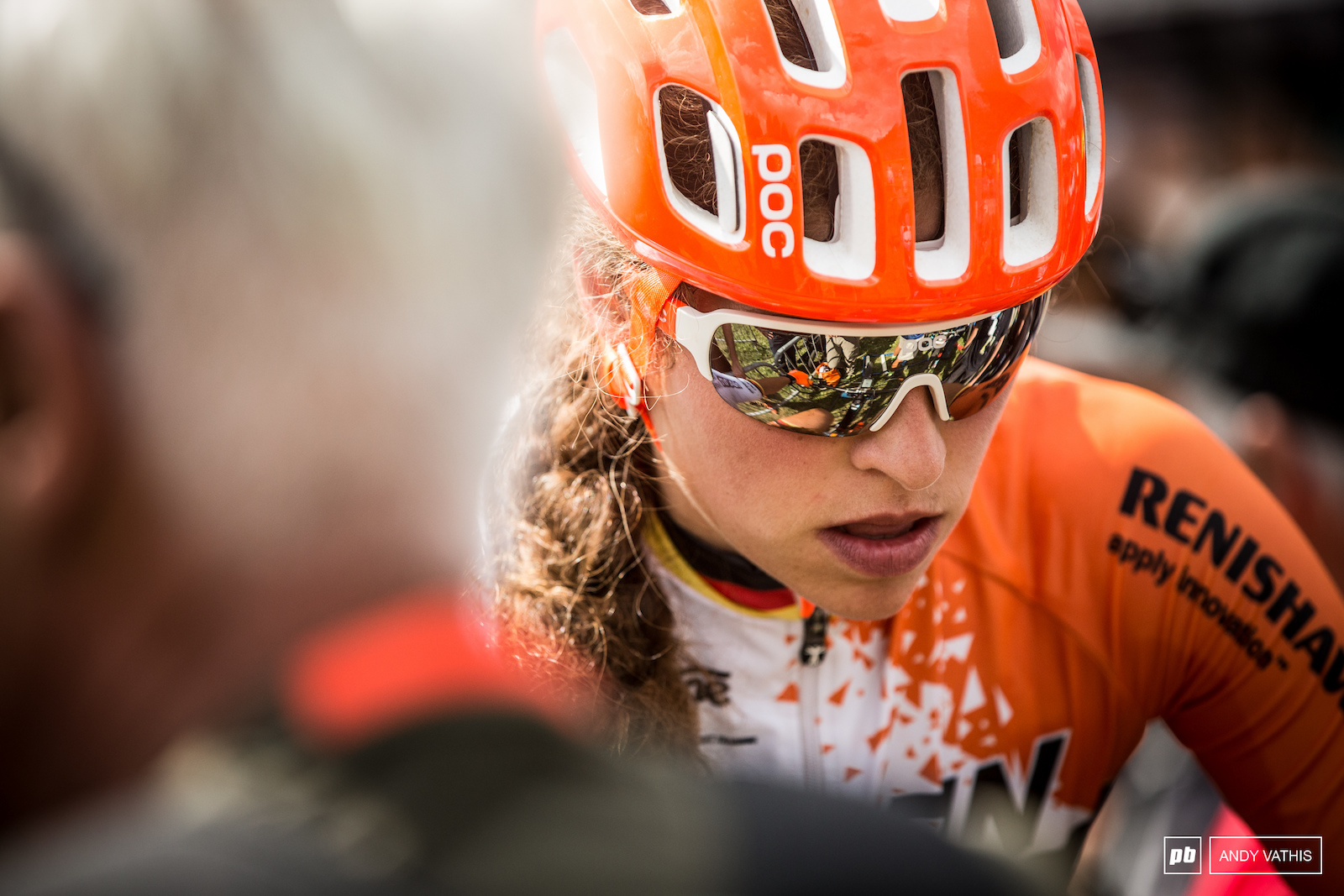 Germany's National Champ in the zone for this. She's been on a roll lately. 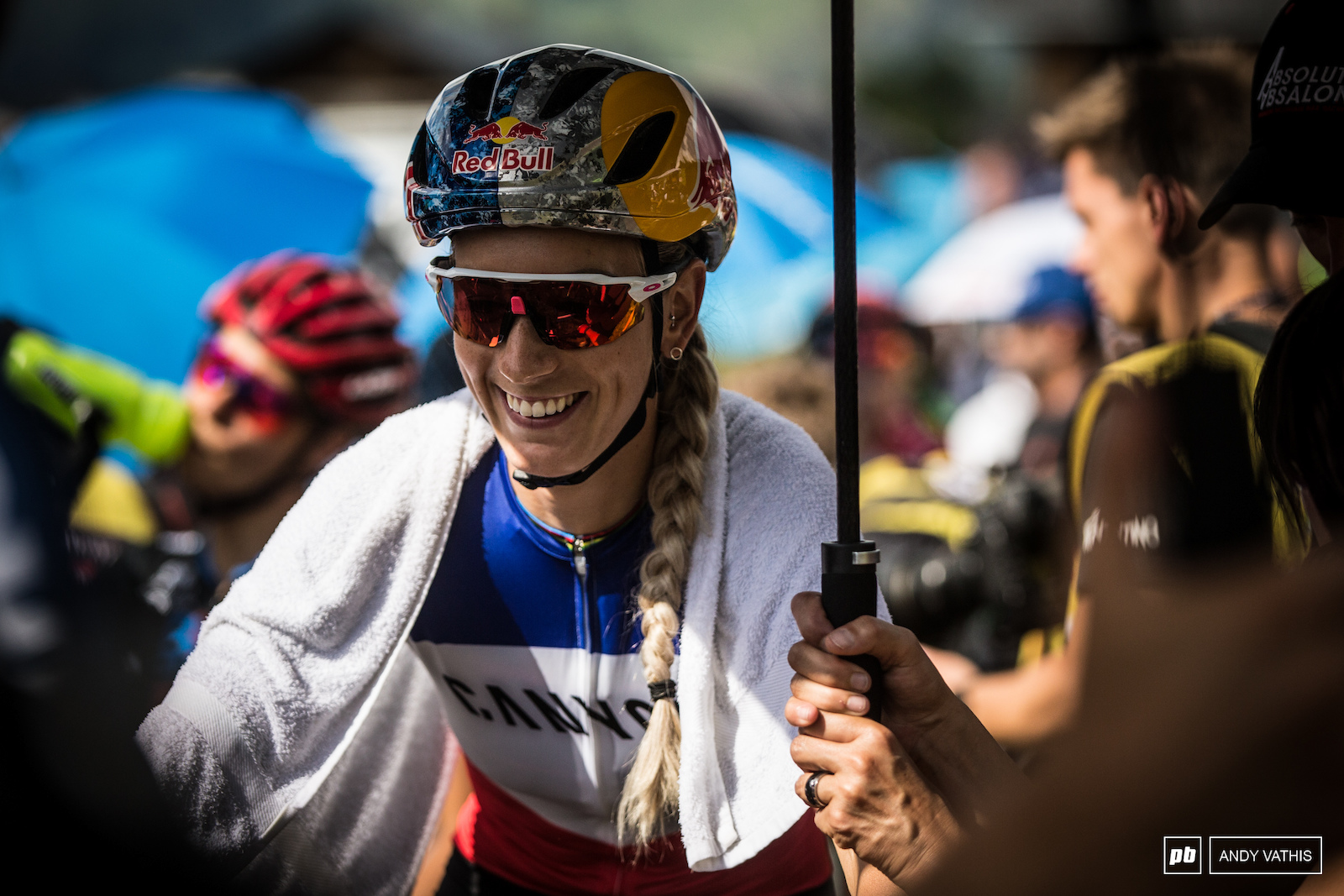 Pauline all smiles on home turf. 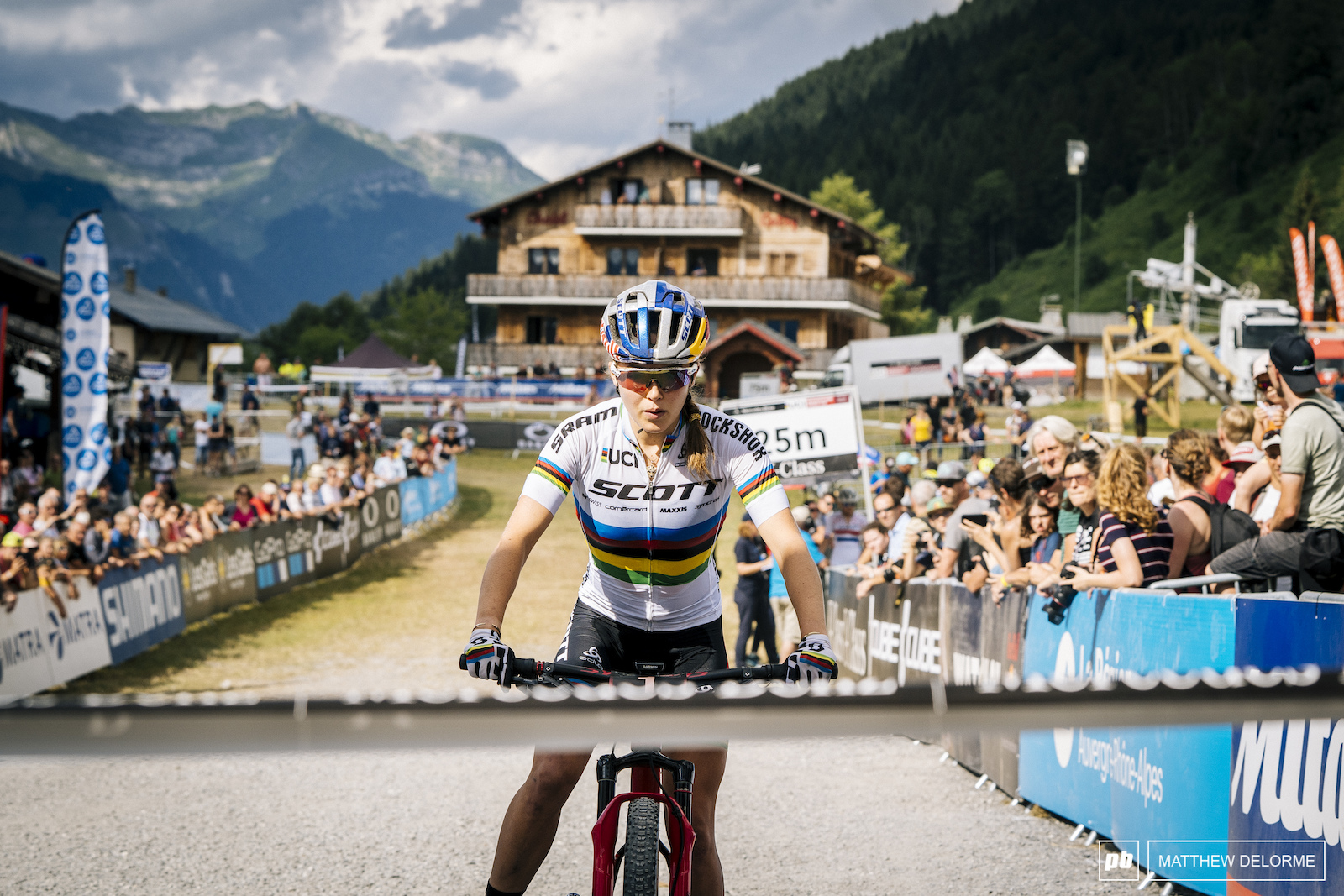 Number one lining up. 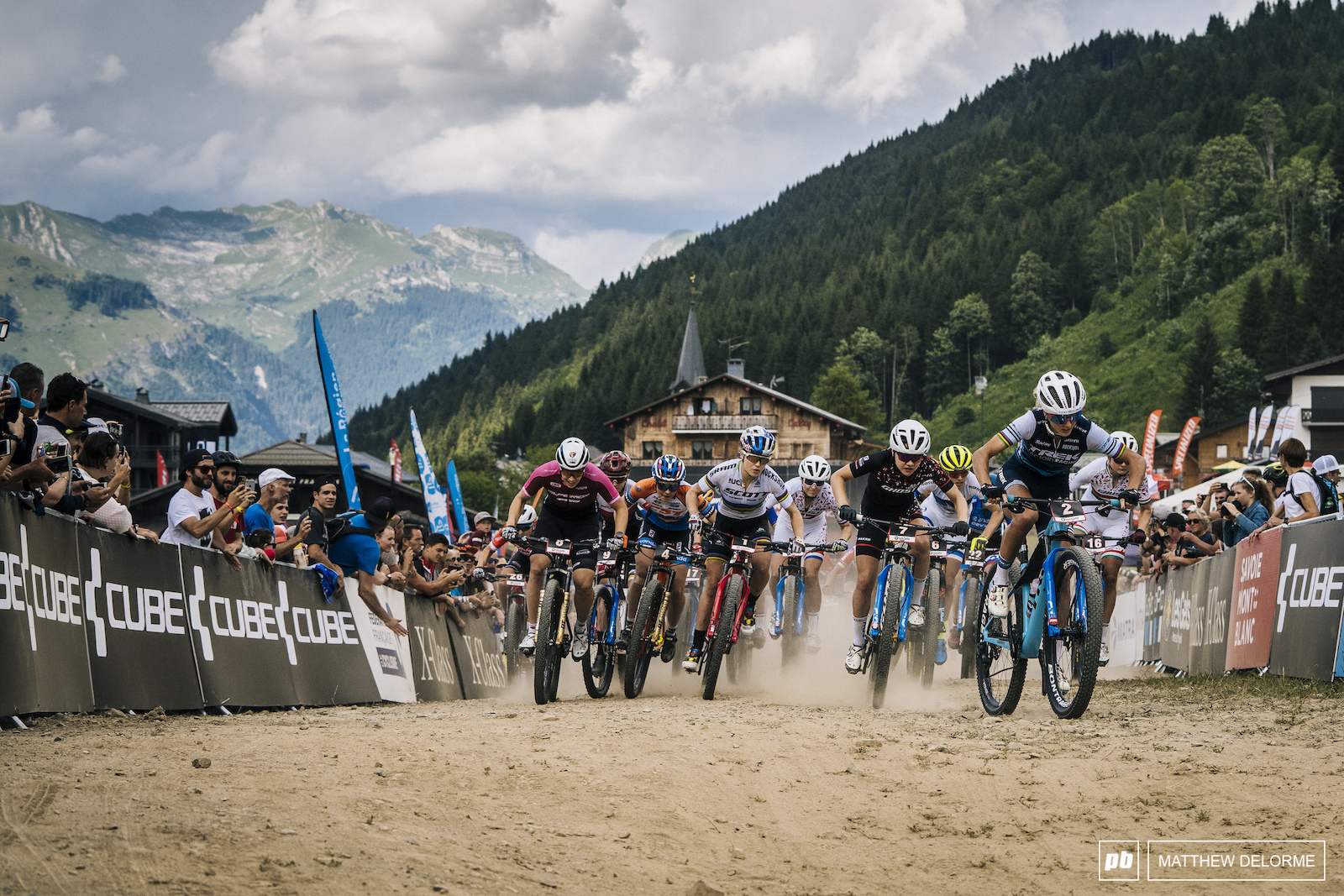 Neff off the front at the start. 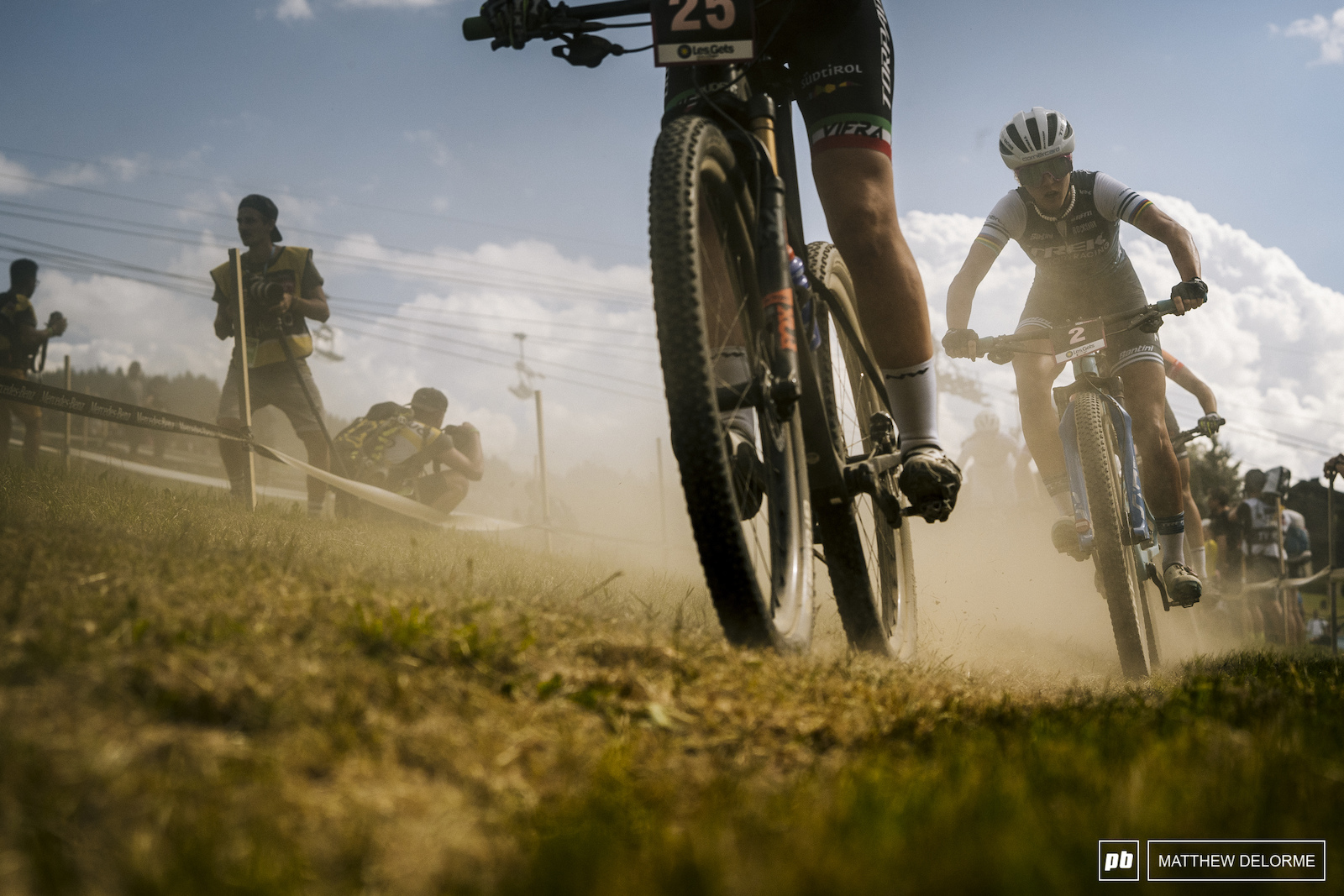 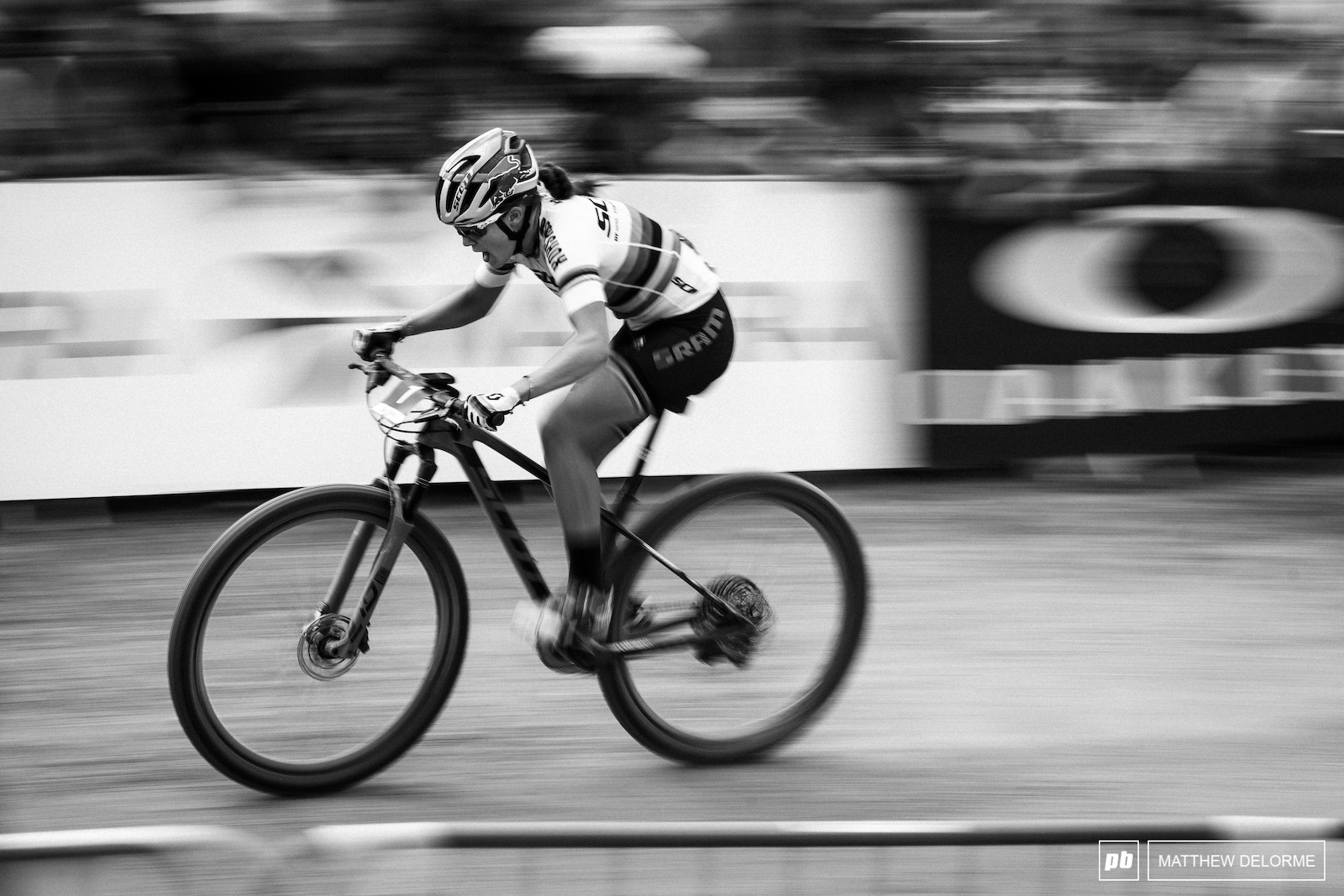 Kate Courtney got out front, got on the gas, and walked away with the win. 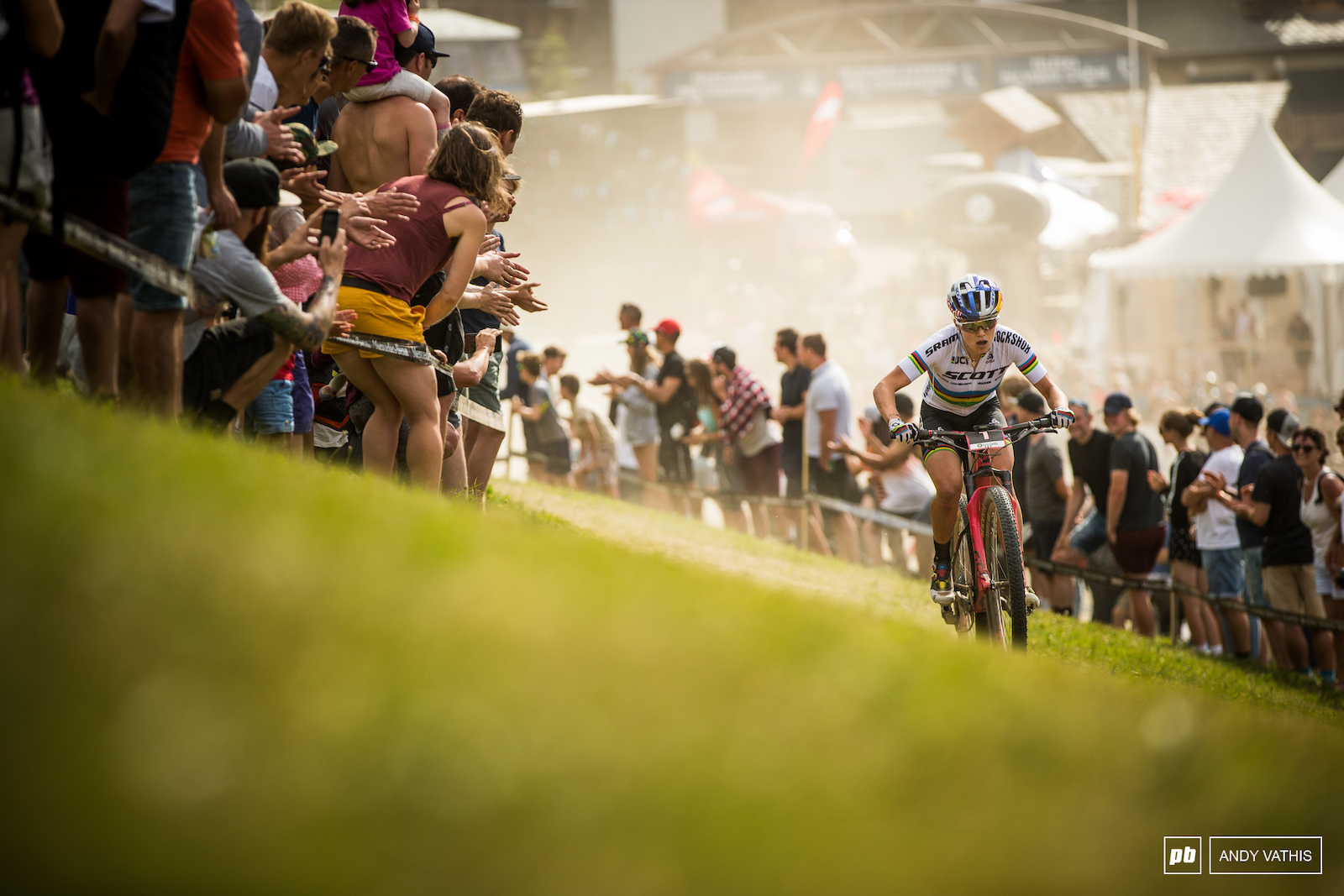 After a huge attack with the bell ringing, Kate Courtney was alone in front. 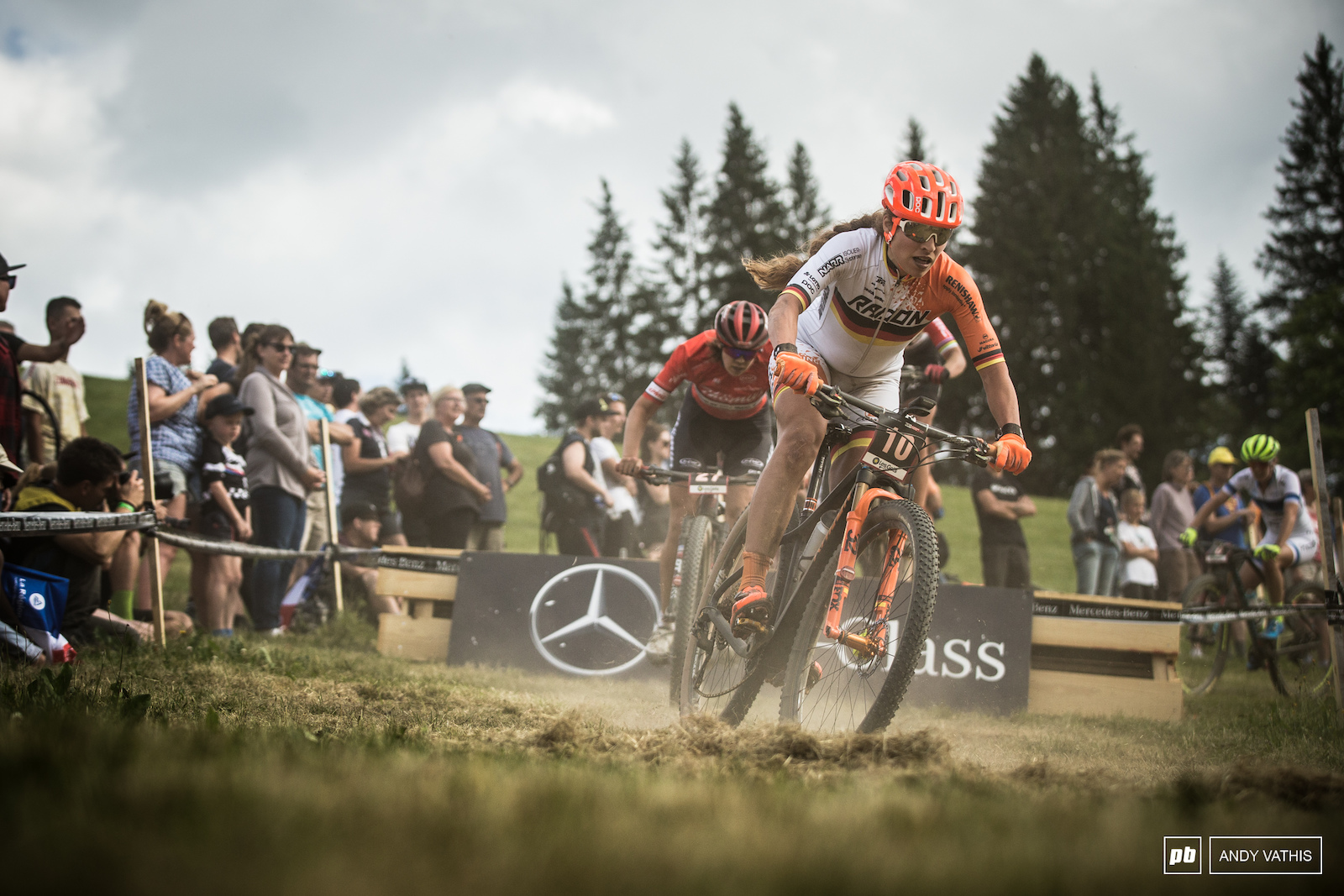 Third place after a photo finish decision for Brandau. 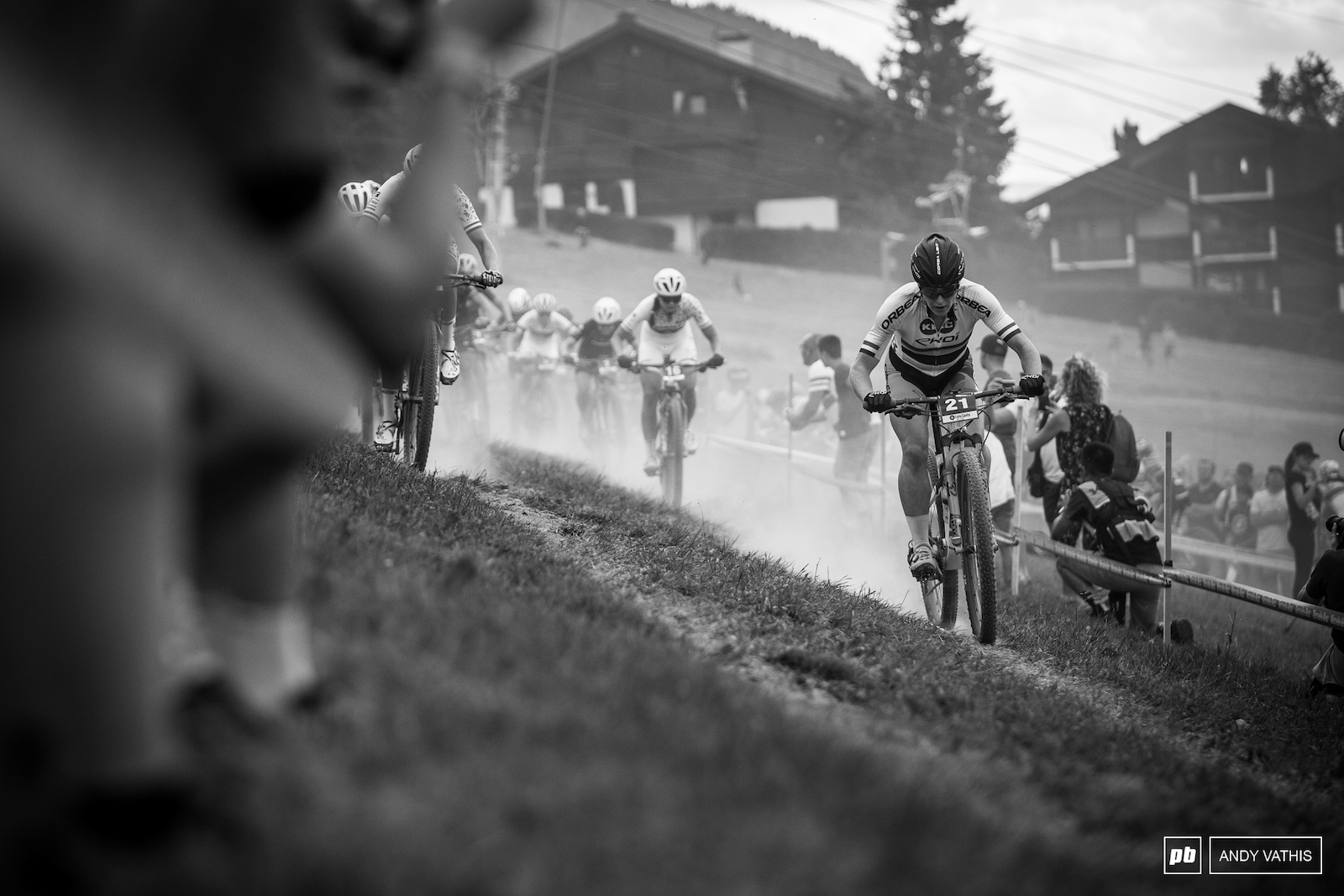 Annie Last found herself up front mid-way through the race. 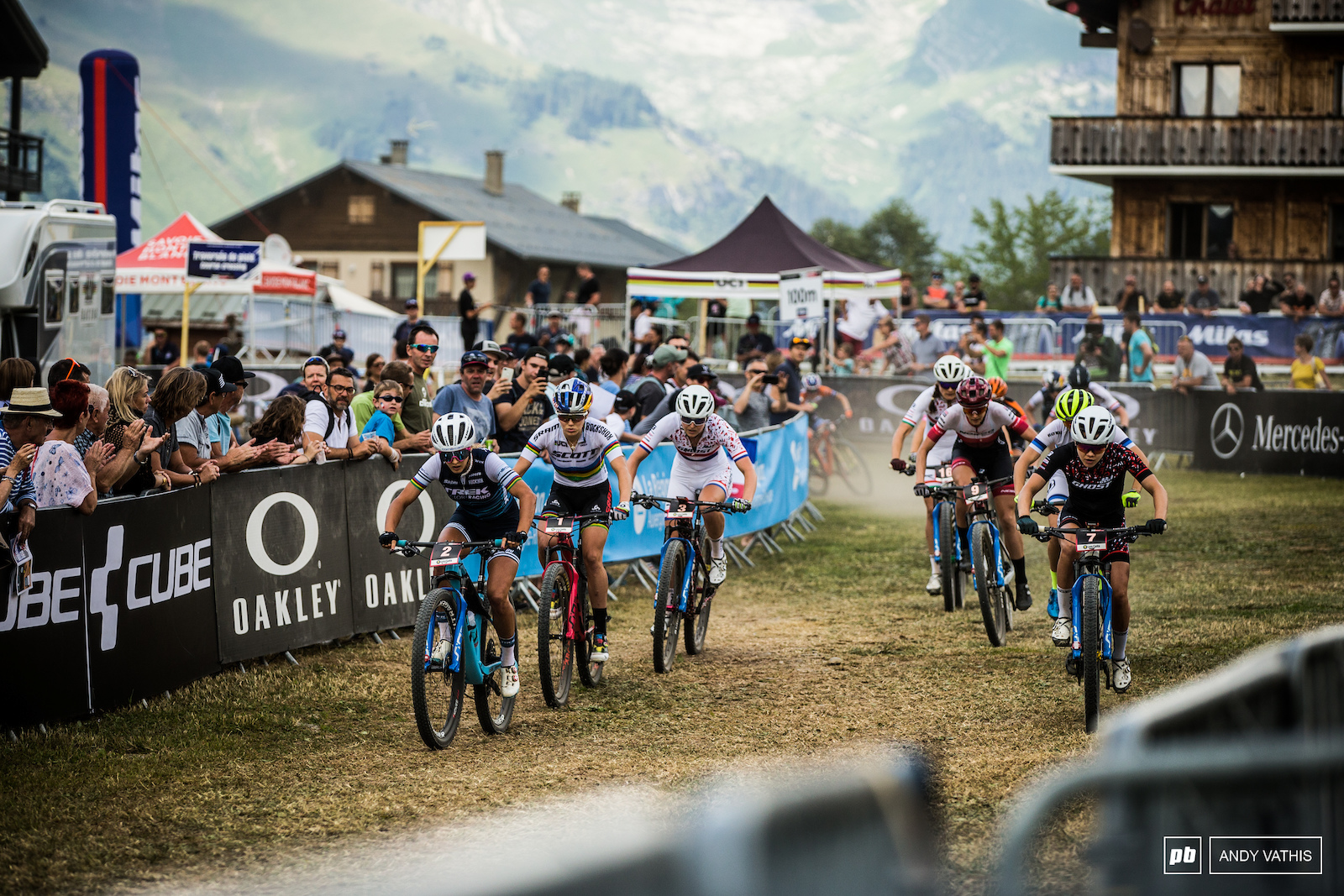 Jolanda Neff lead out the race but quickly got caught within a couple laps. 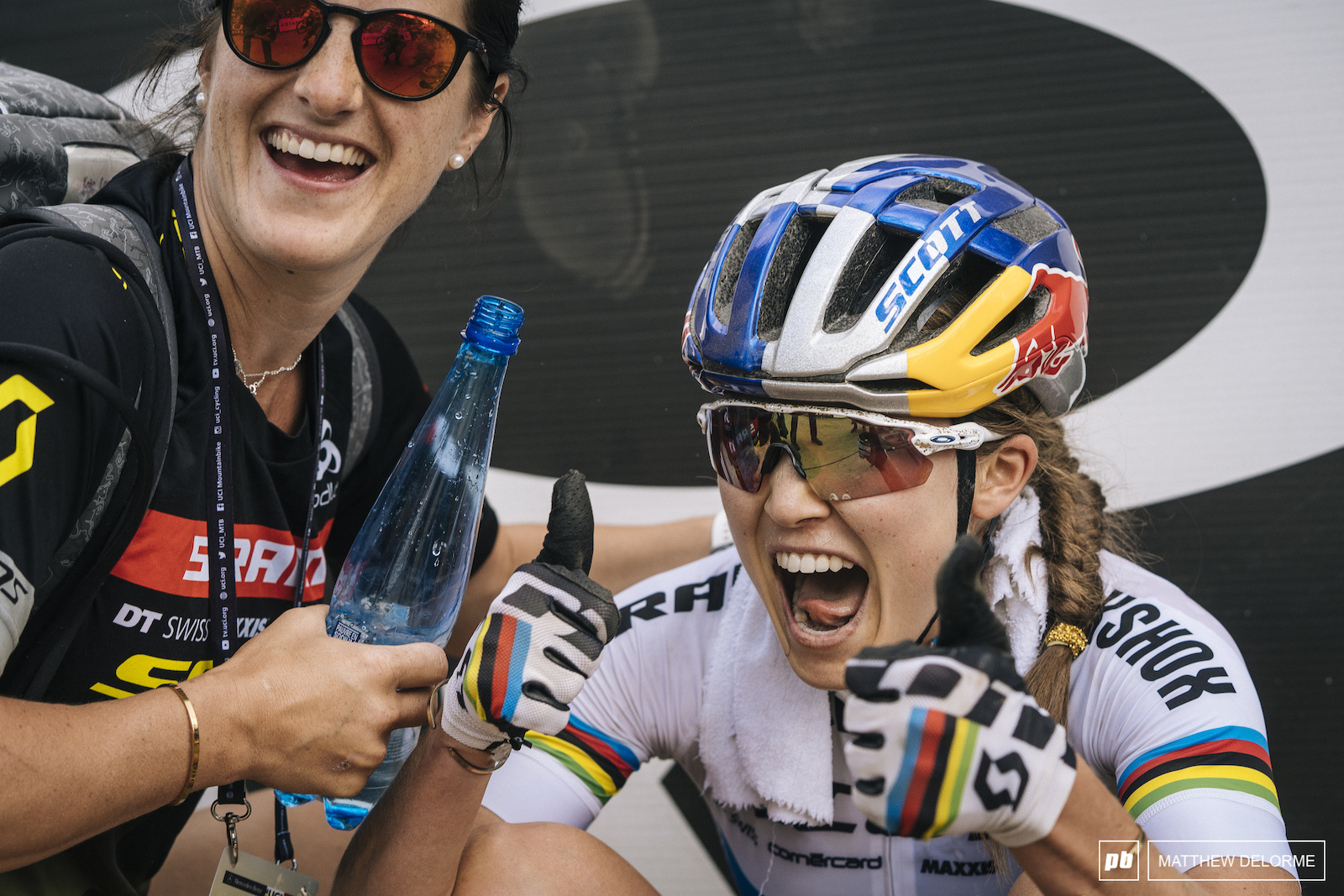 Kate Courtney pumped on bouncing back. 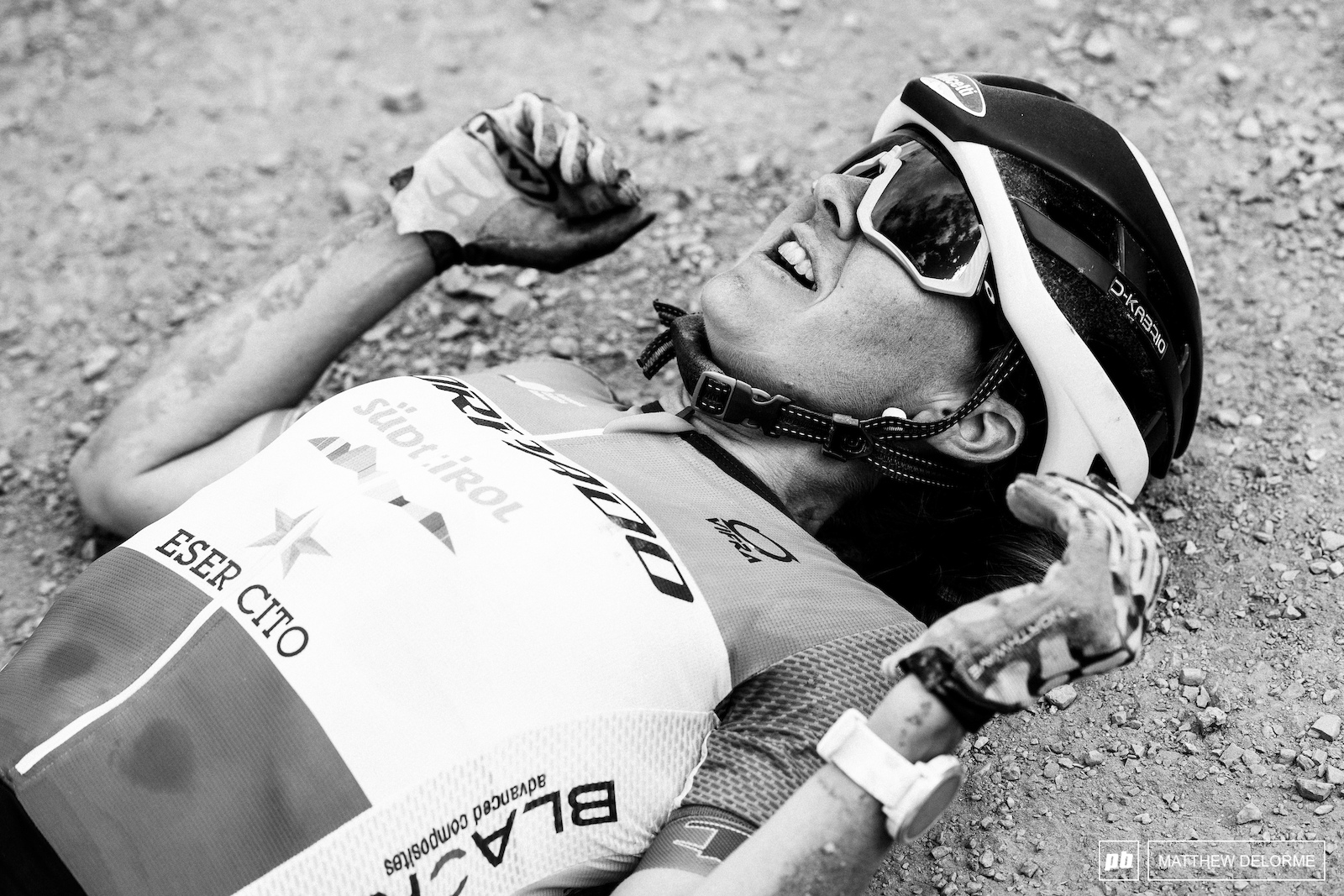 The dust and fast pace was crushing. 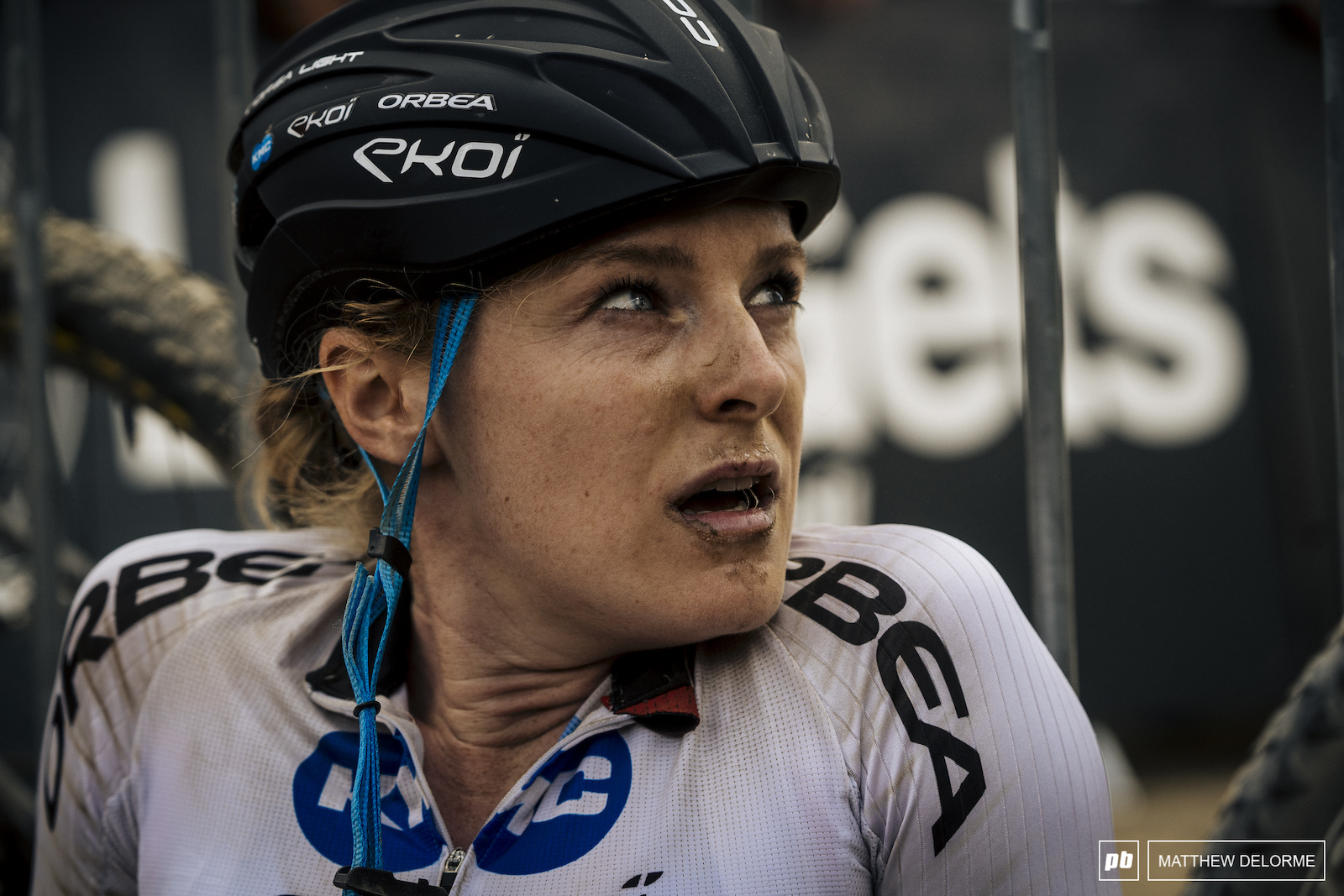 Annie Last takes a seat to recover at race end. 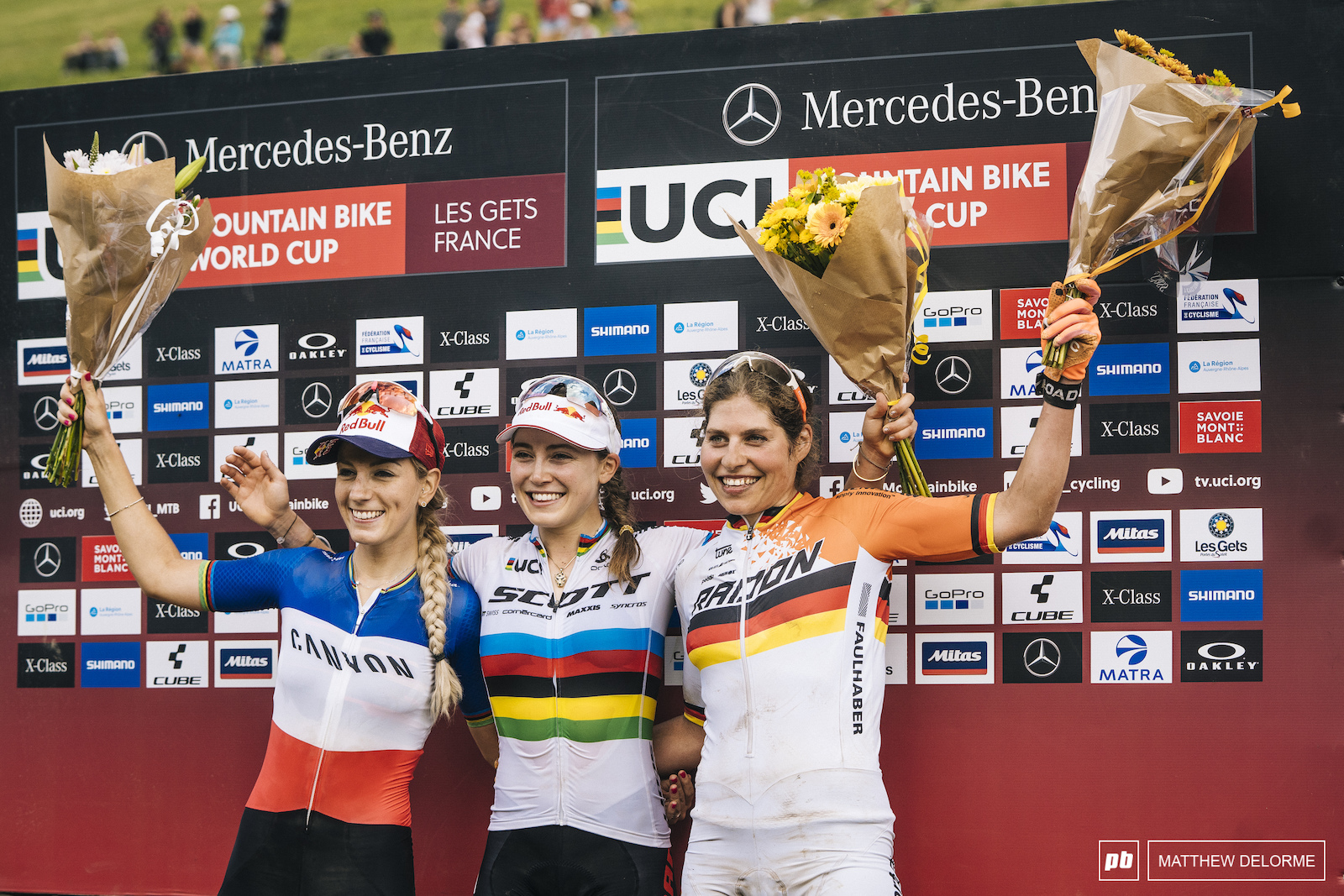 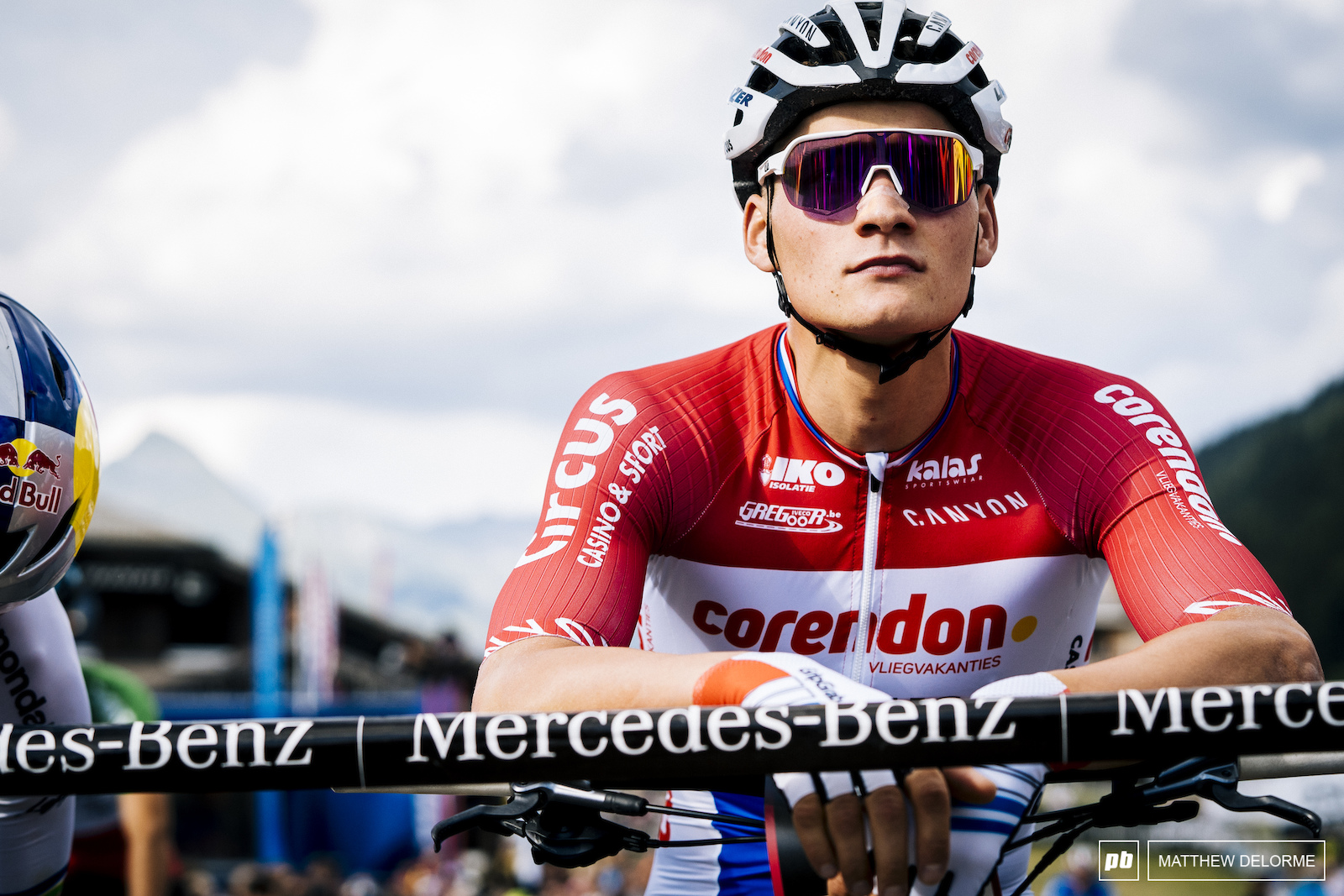 Did you miss him? MVDP is back! 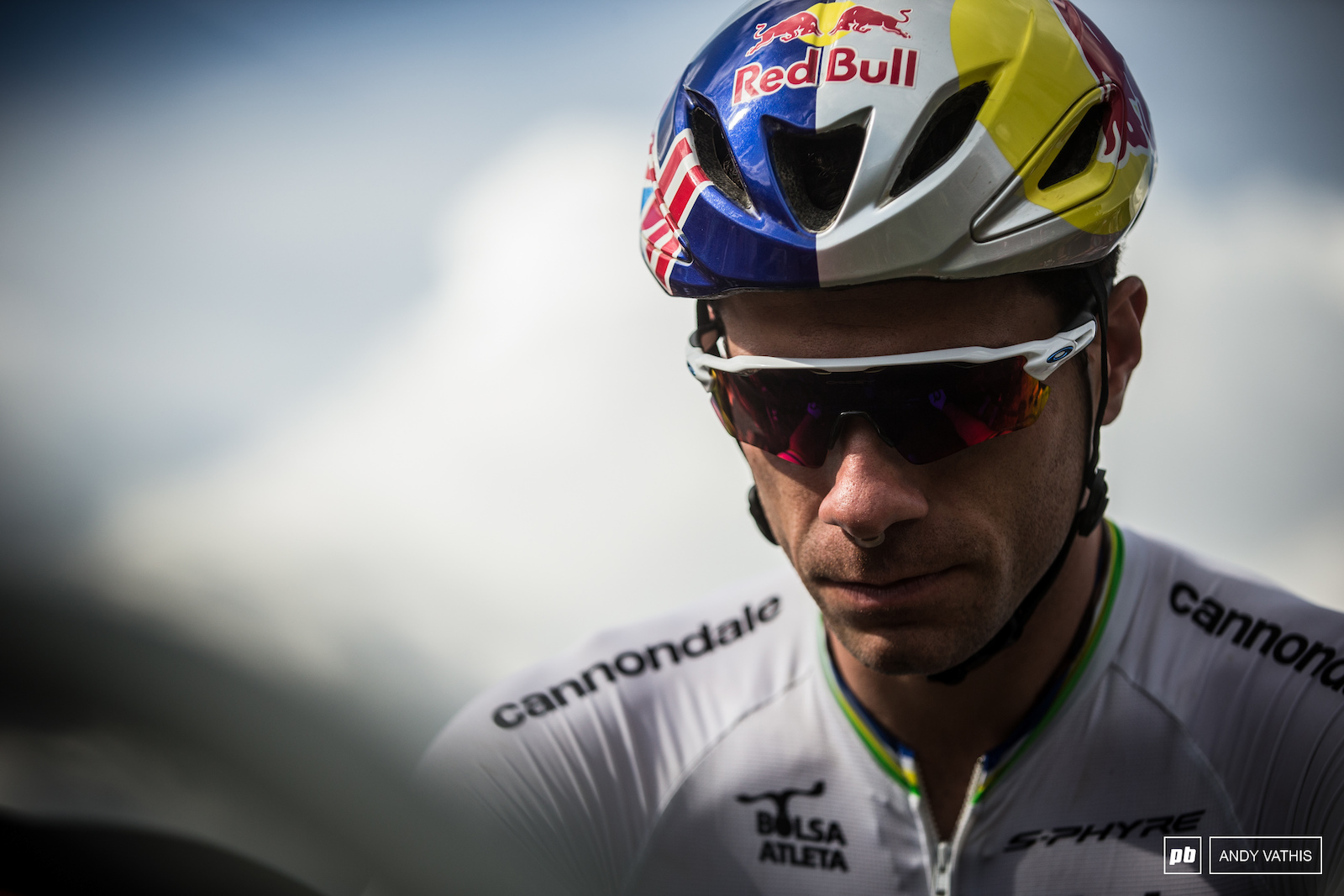 Henrique Avancini is no stranger to putting on a show in XCC. 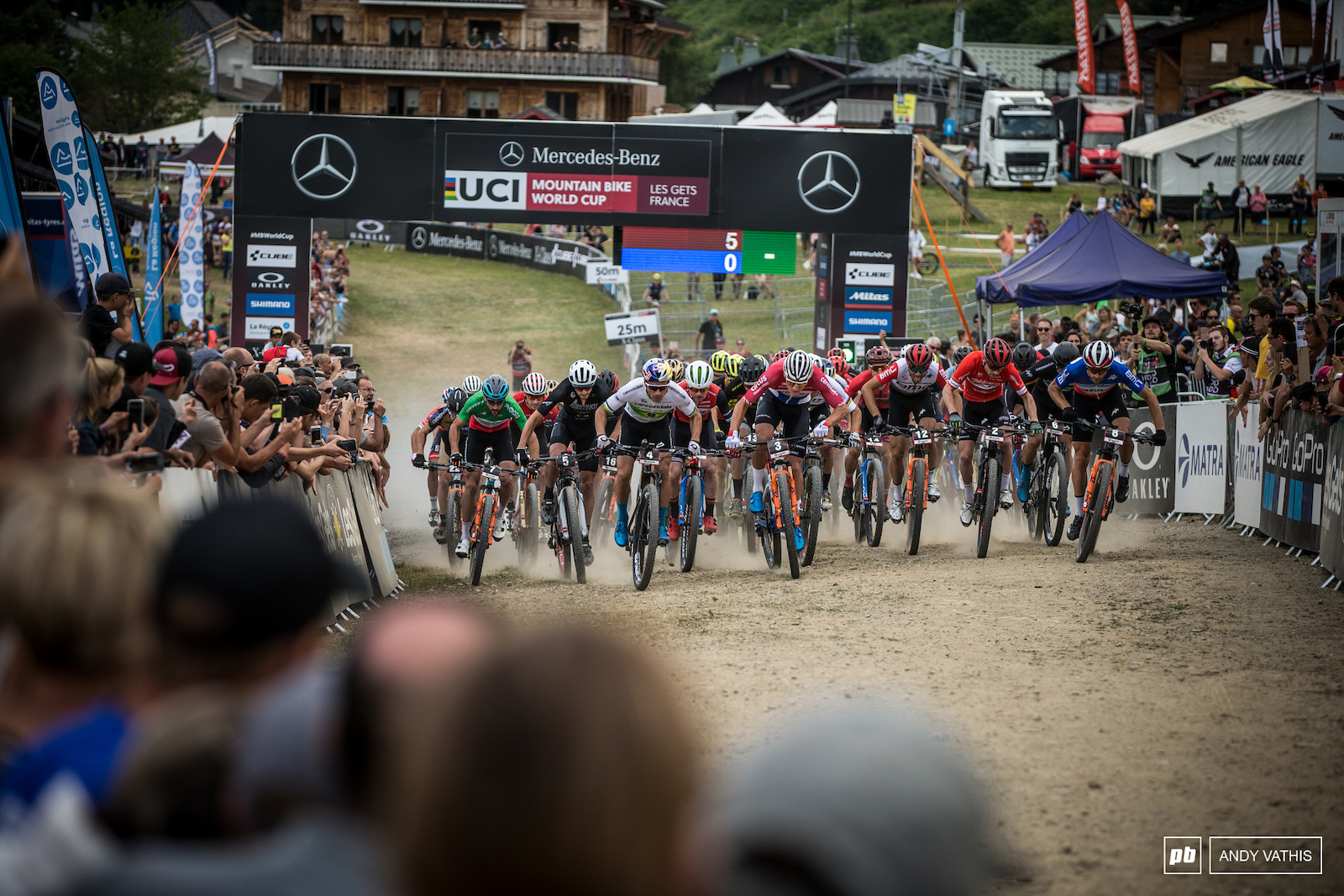 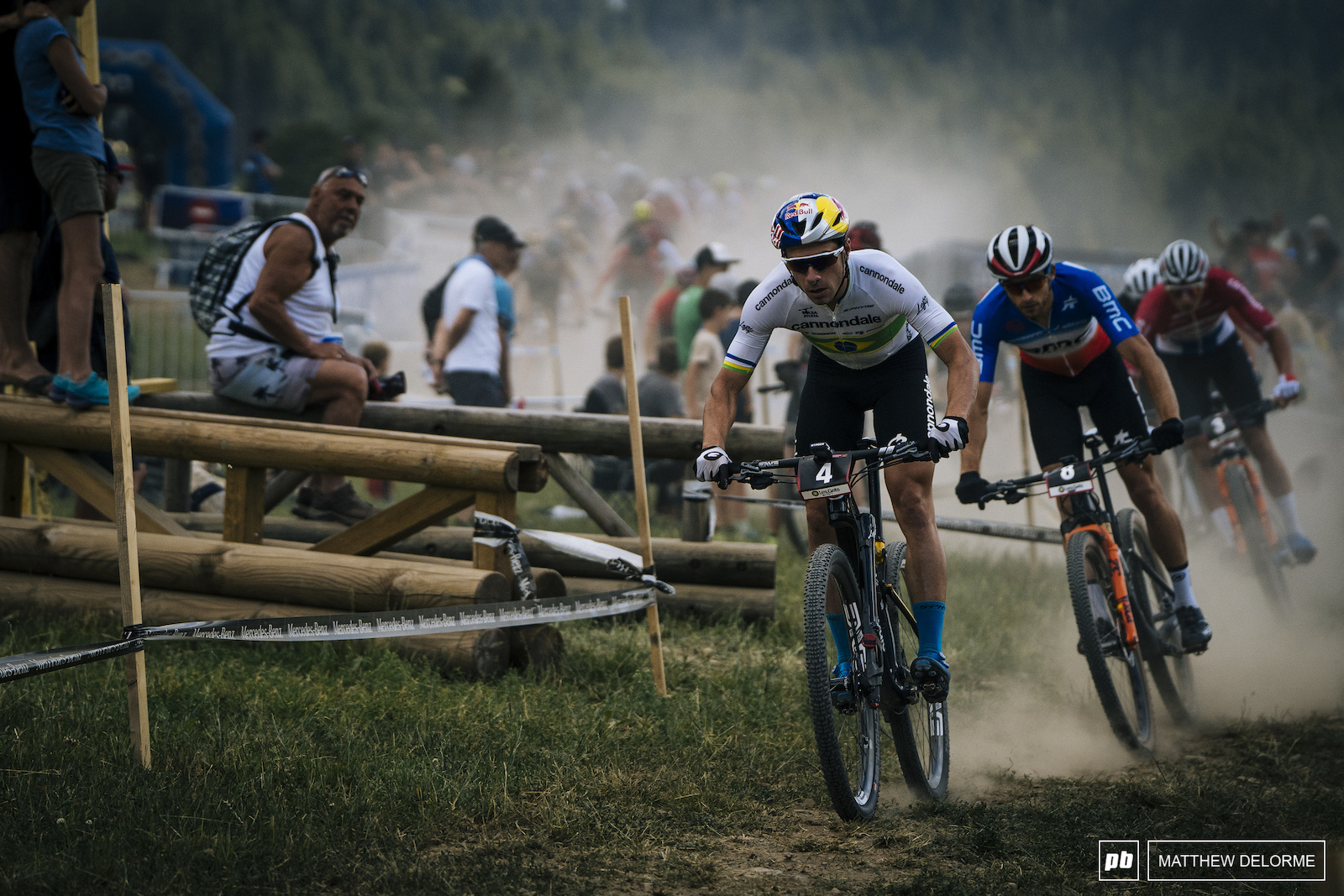 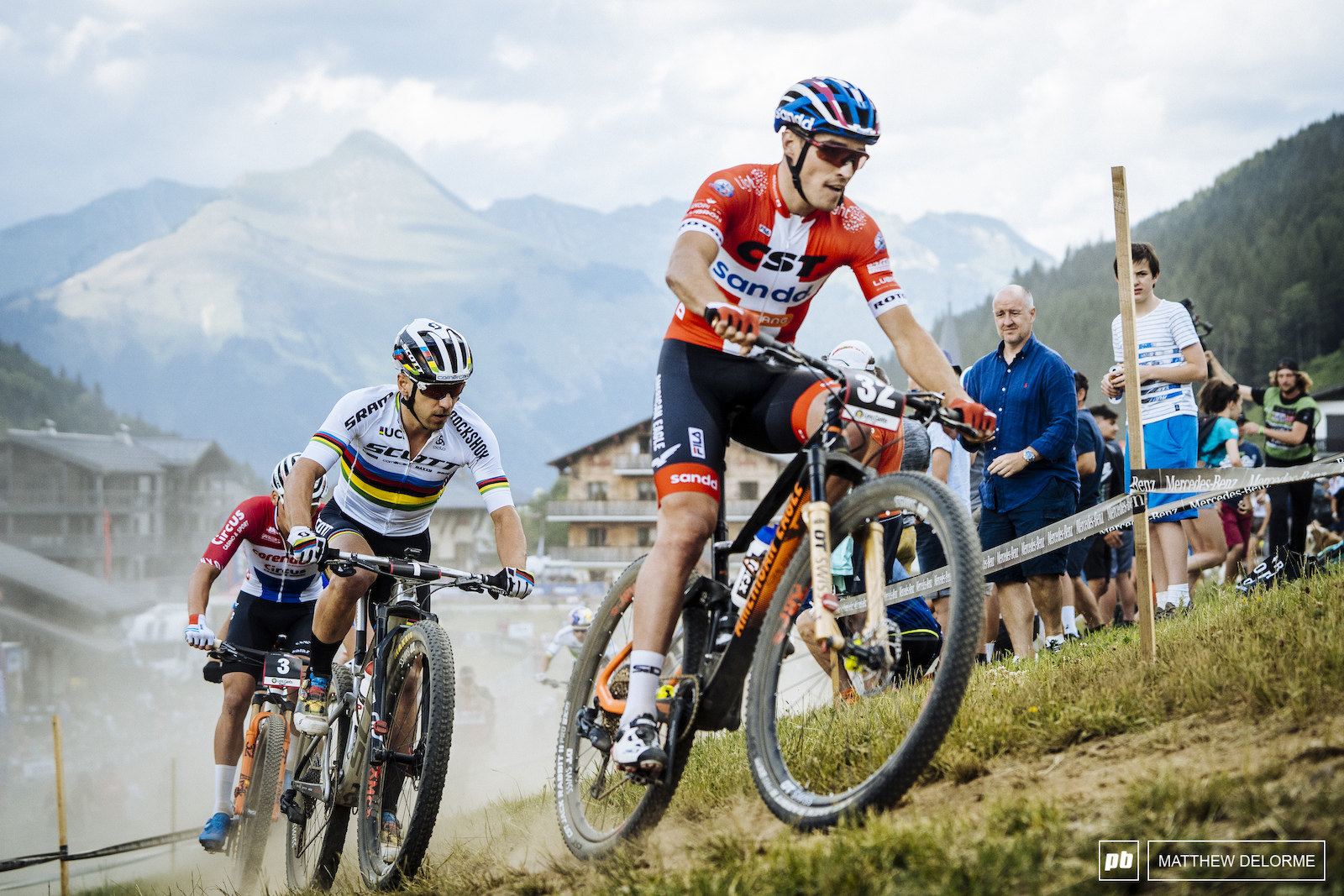 Nino Schurter had a massive effort, but Koretzky got him at the line. 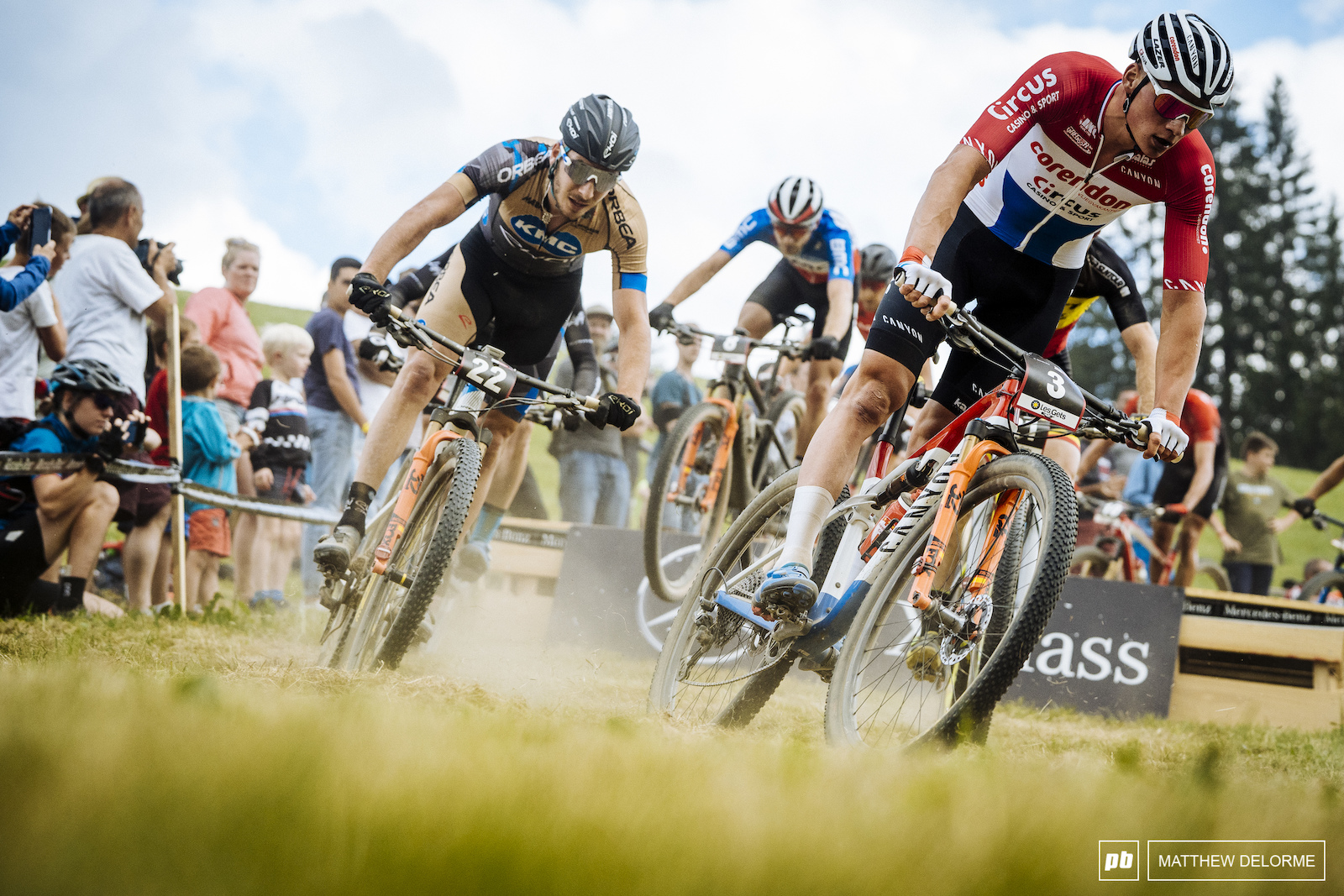 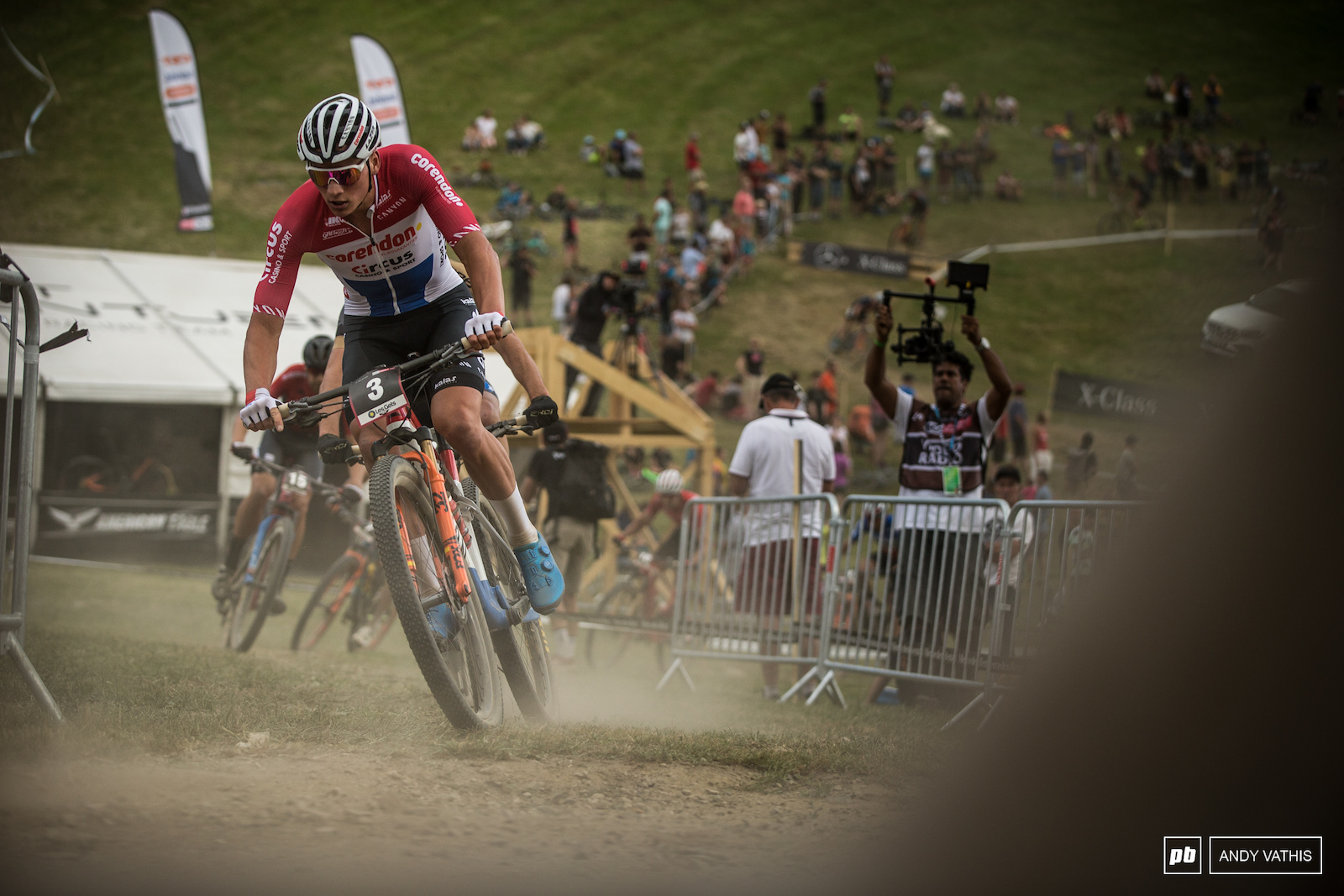 Mathieu van der Poel waited patiently until he made his move to the front in the last couple hundred meters of the race. 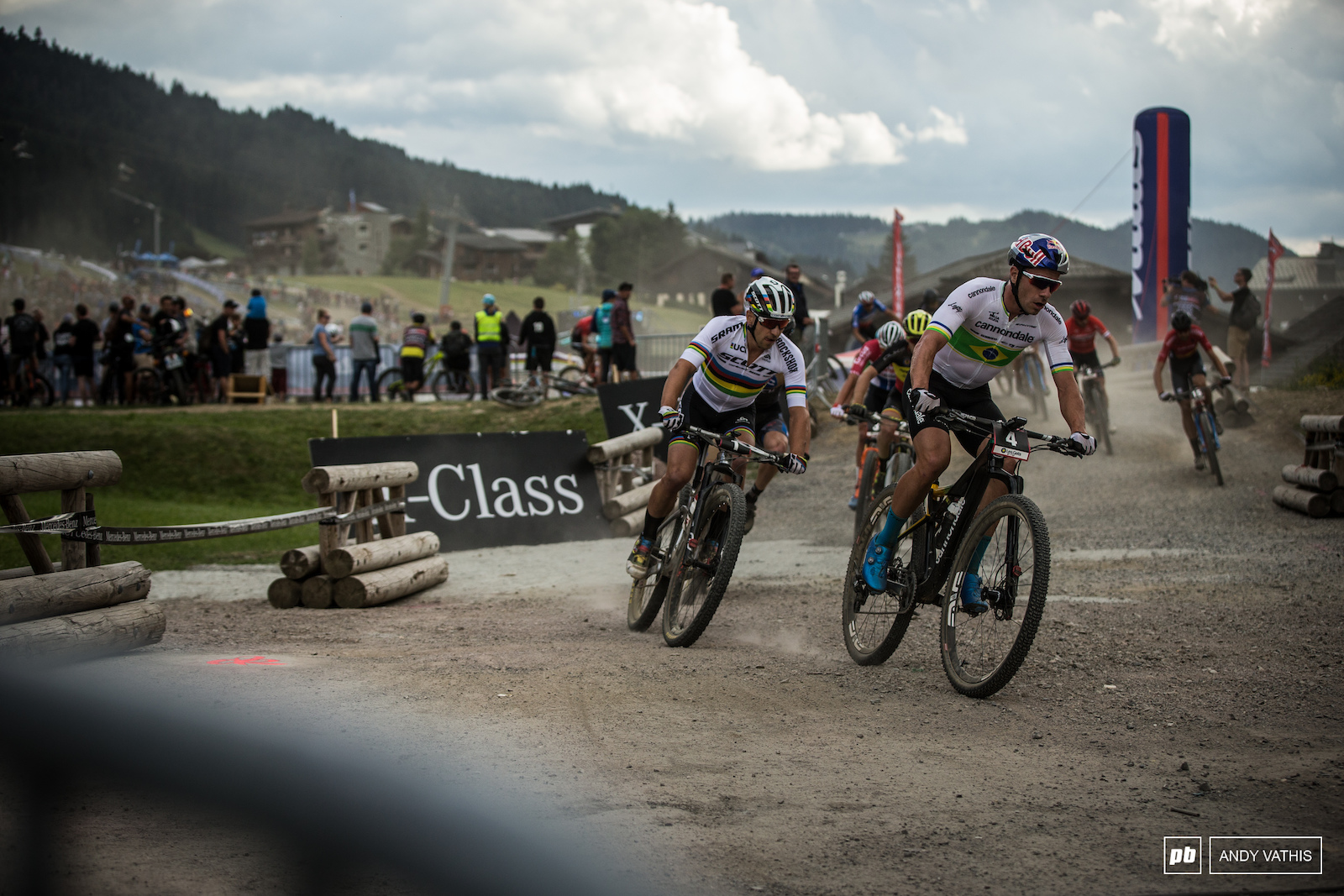 Avancini led the pace near the end of the race but ultimately couldn't hold of the last lap attack. 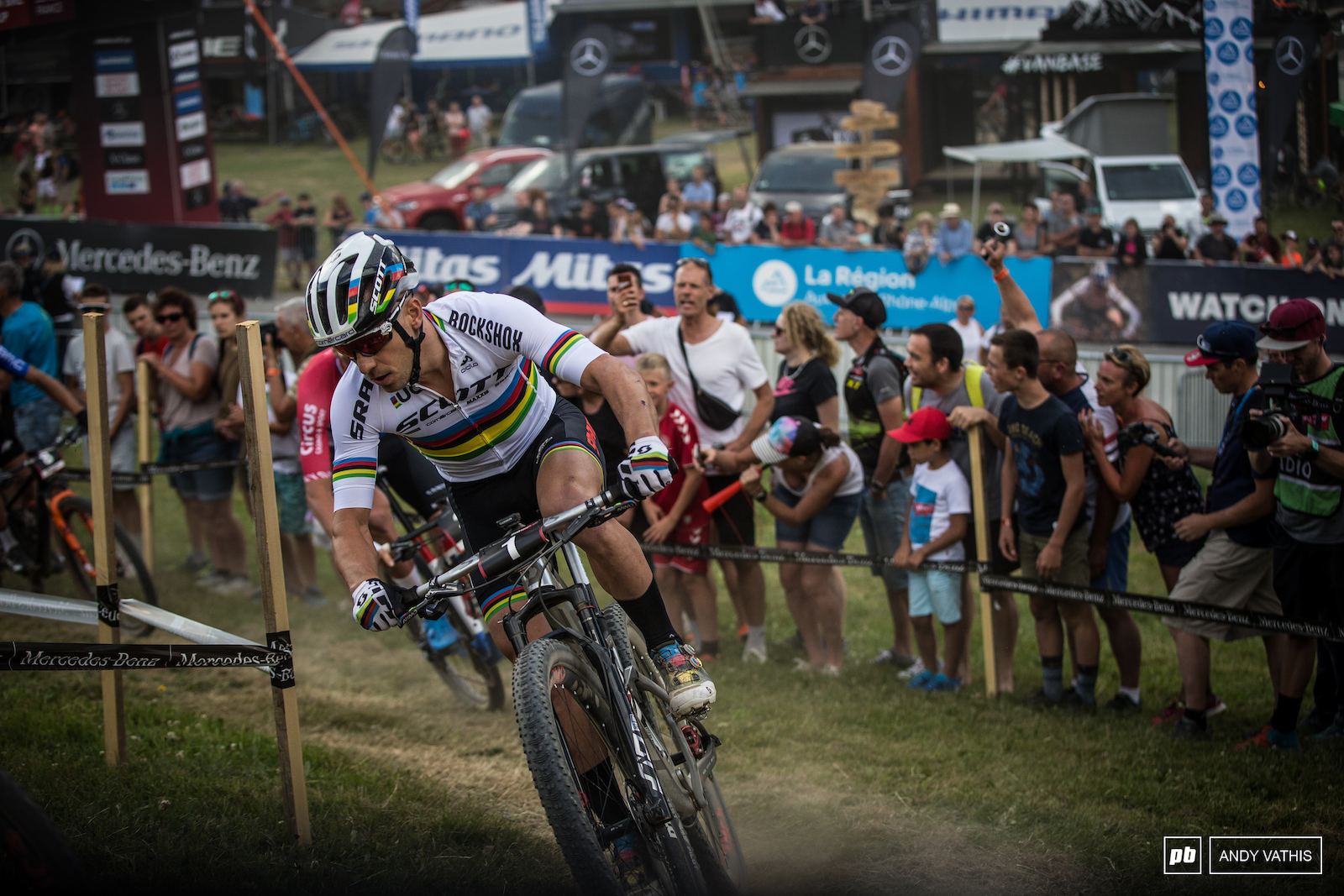 Nino Schurter had a tough one tonight. 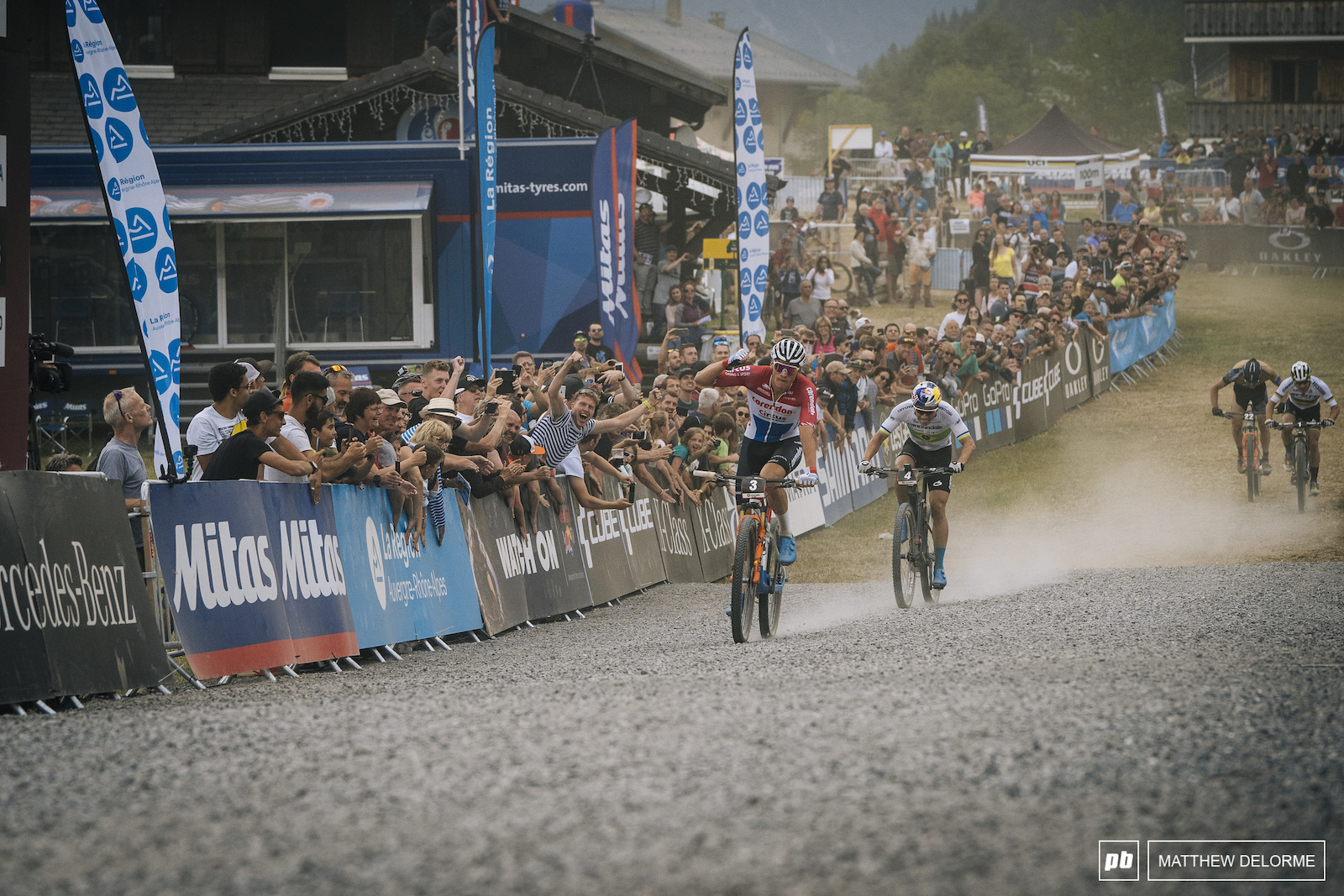 He's back. MVDP came out and smashed another win after his vacation. 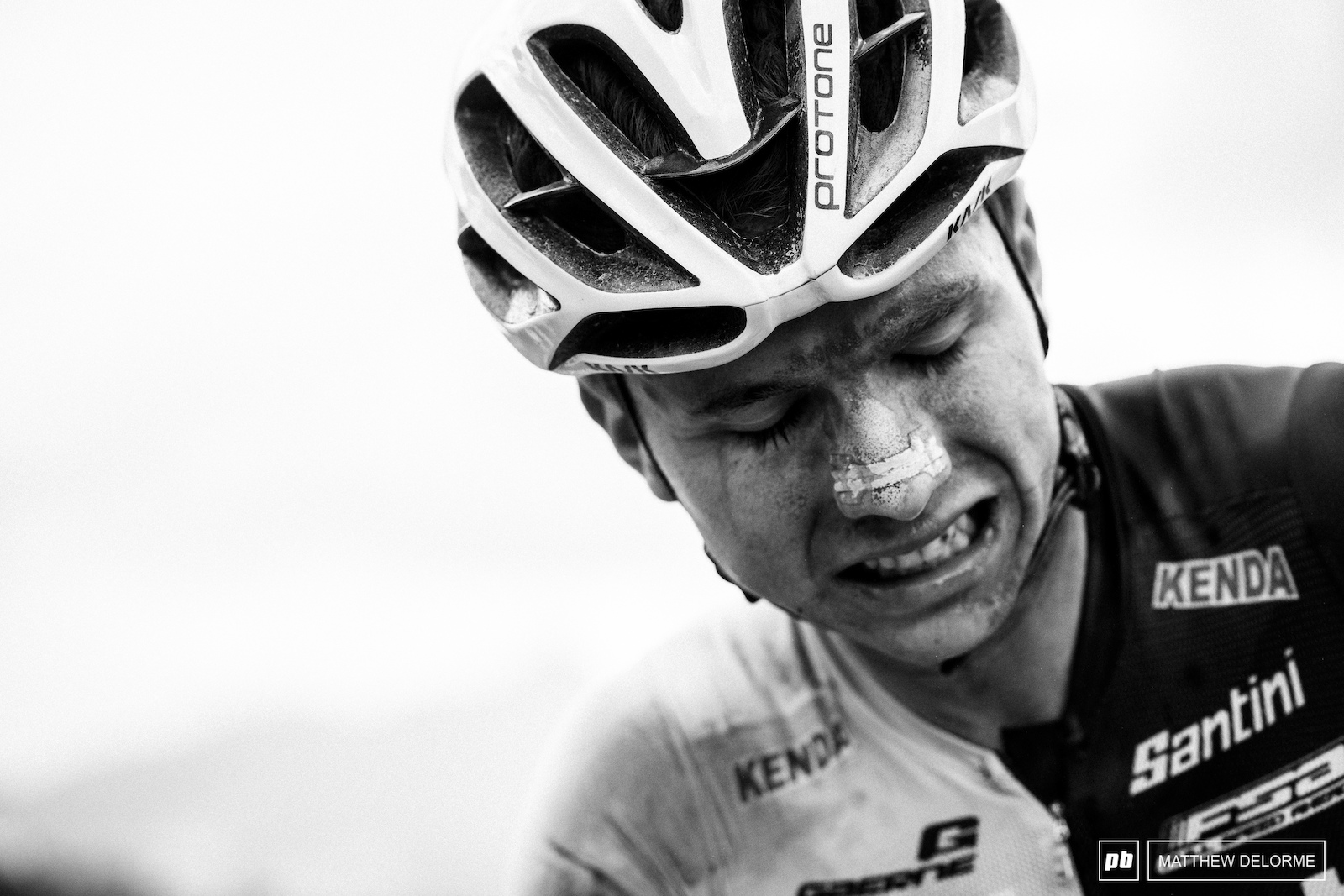 Nothing left but lungs full of dust and burning legs. 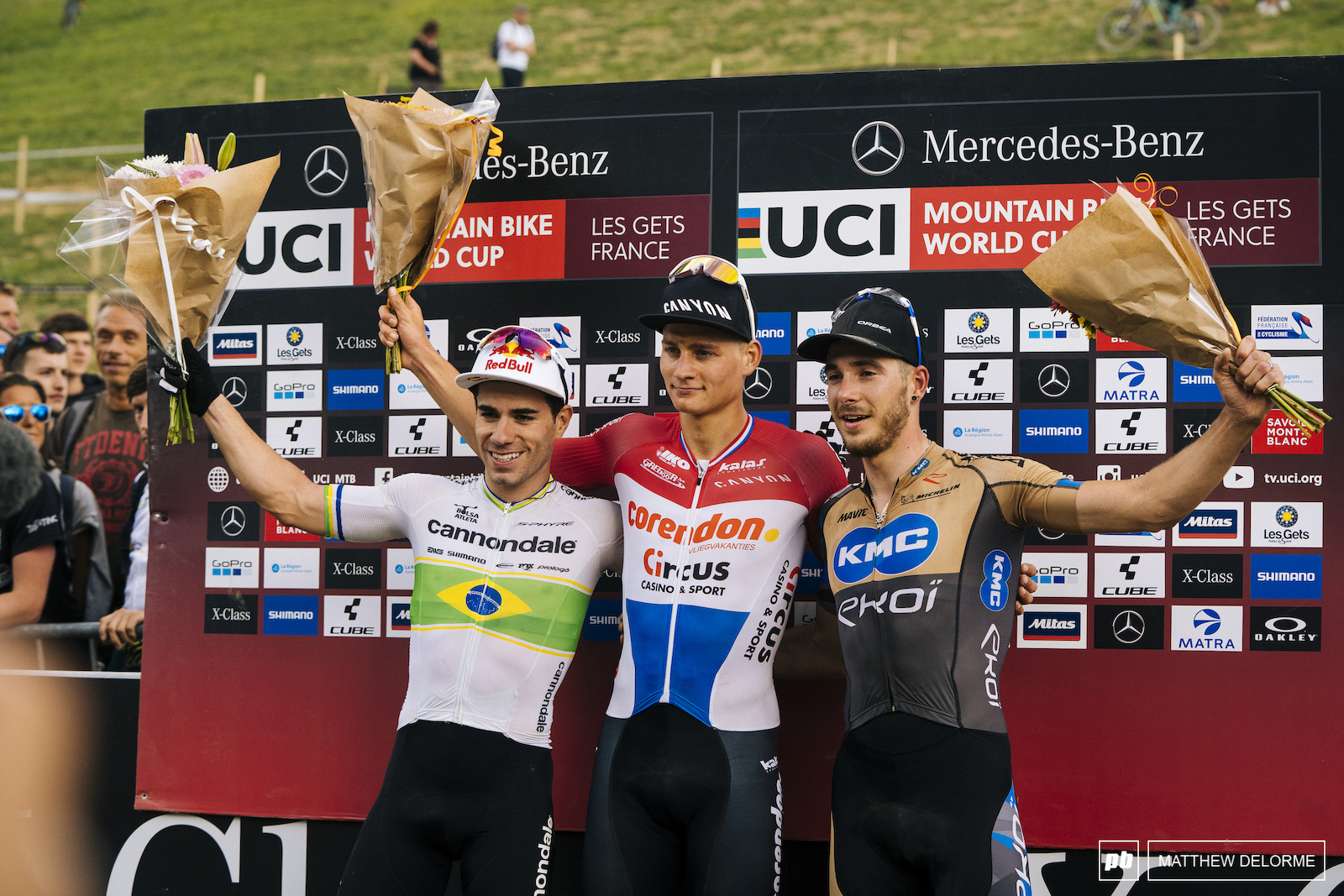 kevbikemad (Jul 12, 2019 at 18:33)
The short track races are pretty much short cyclocross races, so yeah, he's gonna be good. His power is unmatched.

R-M-R (Jul 13, 2019 at 20:26)
@clink83: How about we take this thinking to the next level: a road race sprint. This requires even bigger power for even shorter times, Caleb Ewan, Mark Cavendish, Nacer Bouhanni, Robbie McEwen, and so many other short / shortish sprinters shouldn't be competitive. But they are.

VdP's above-average height is not a clear advantage.