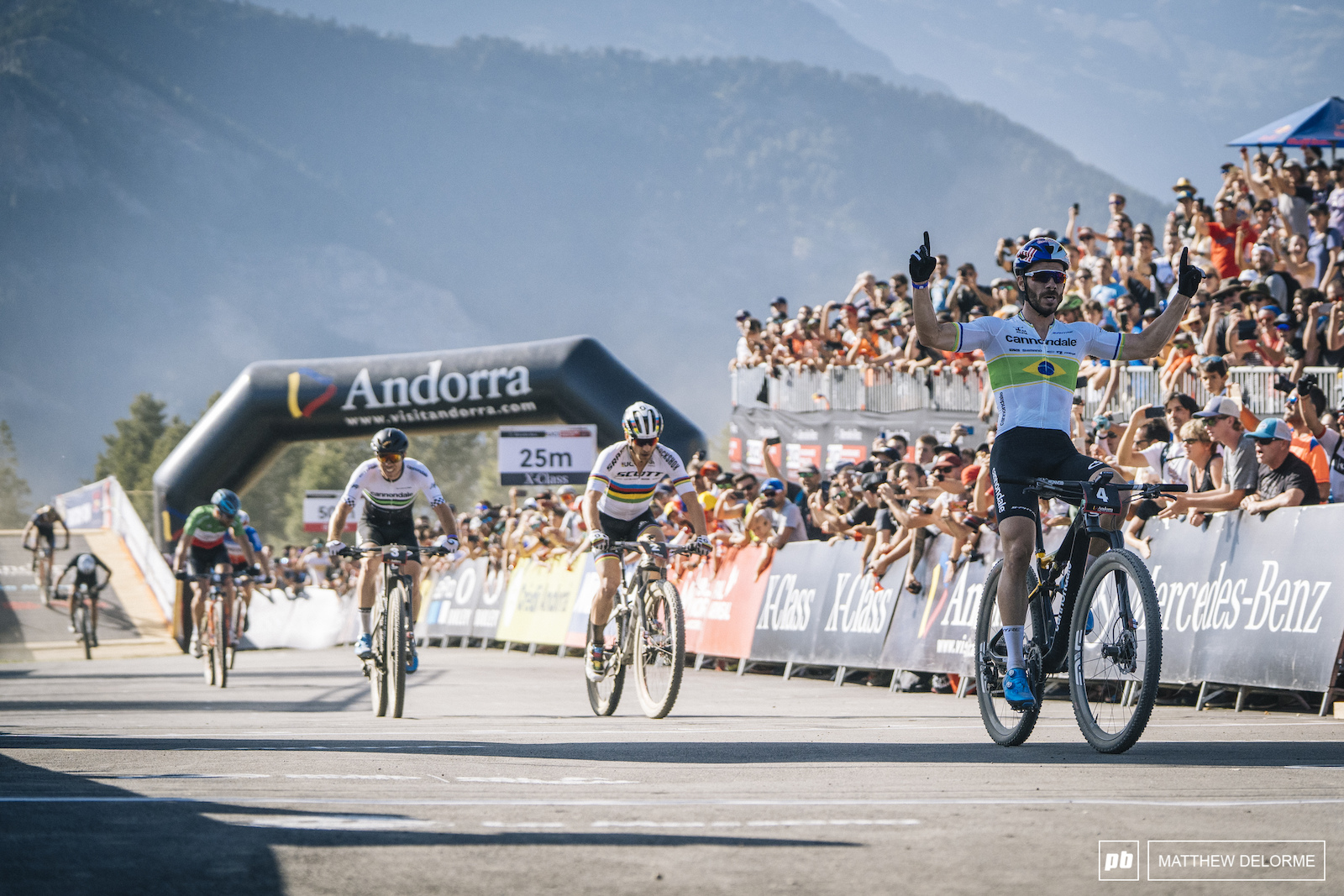 High temperatures and a dusty track in Vallnord, Andorra, wowed the crowds before the big show as riders once again red-lined themselves for 25 minutes, vying for a place on the front row. Henrique Avancini continued his dominance with another win in the cross-country short track, while Jolanda Neff earned her first victory of the season. Nino Schurter was second for the men and Maxime Marotte rode to third. Alessandra Keller raced to second place in the women's XCST, while Kate Courtney made some late-race moves to finish in third. 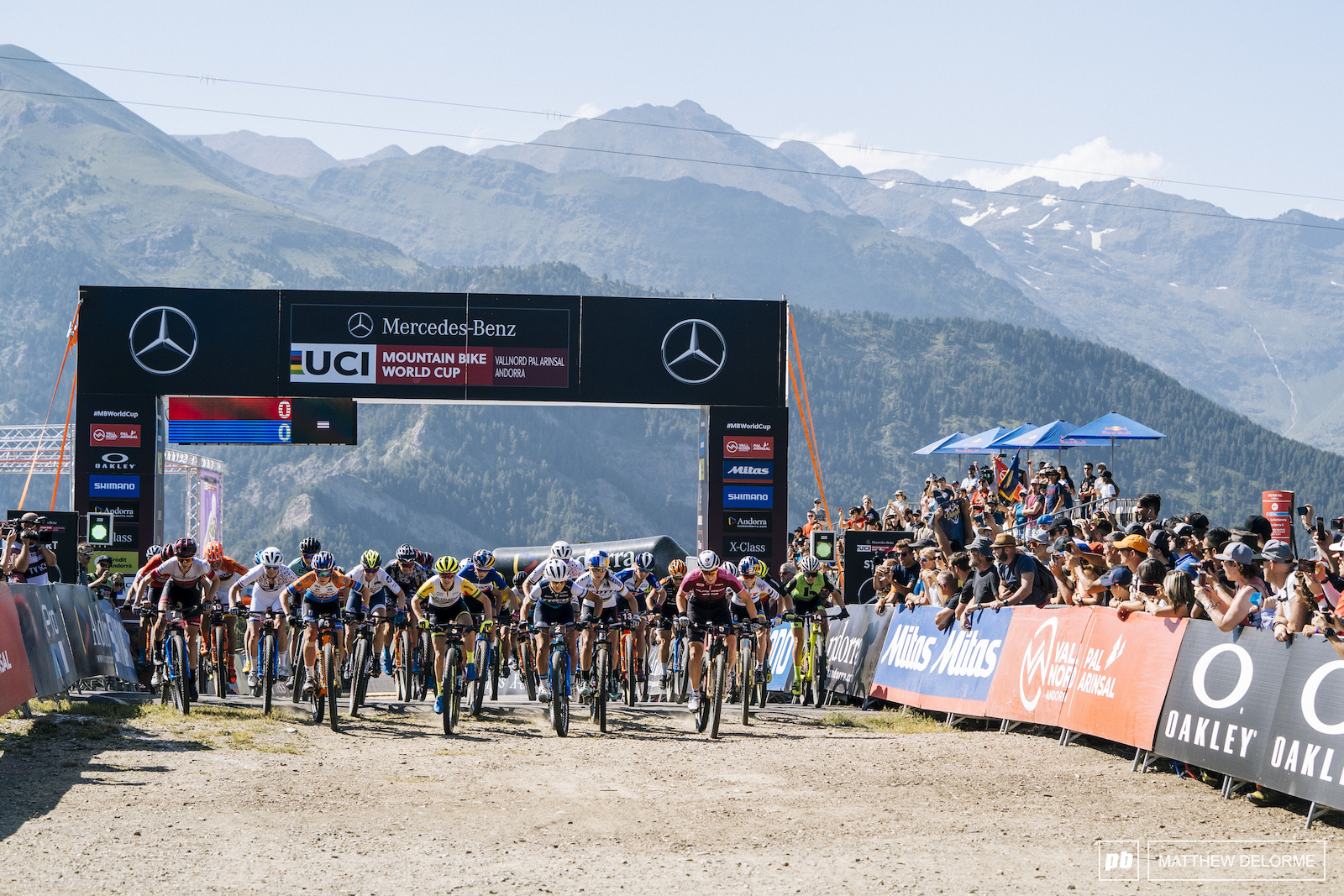 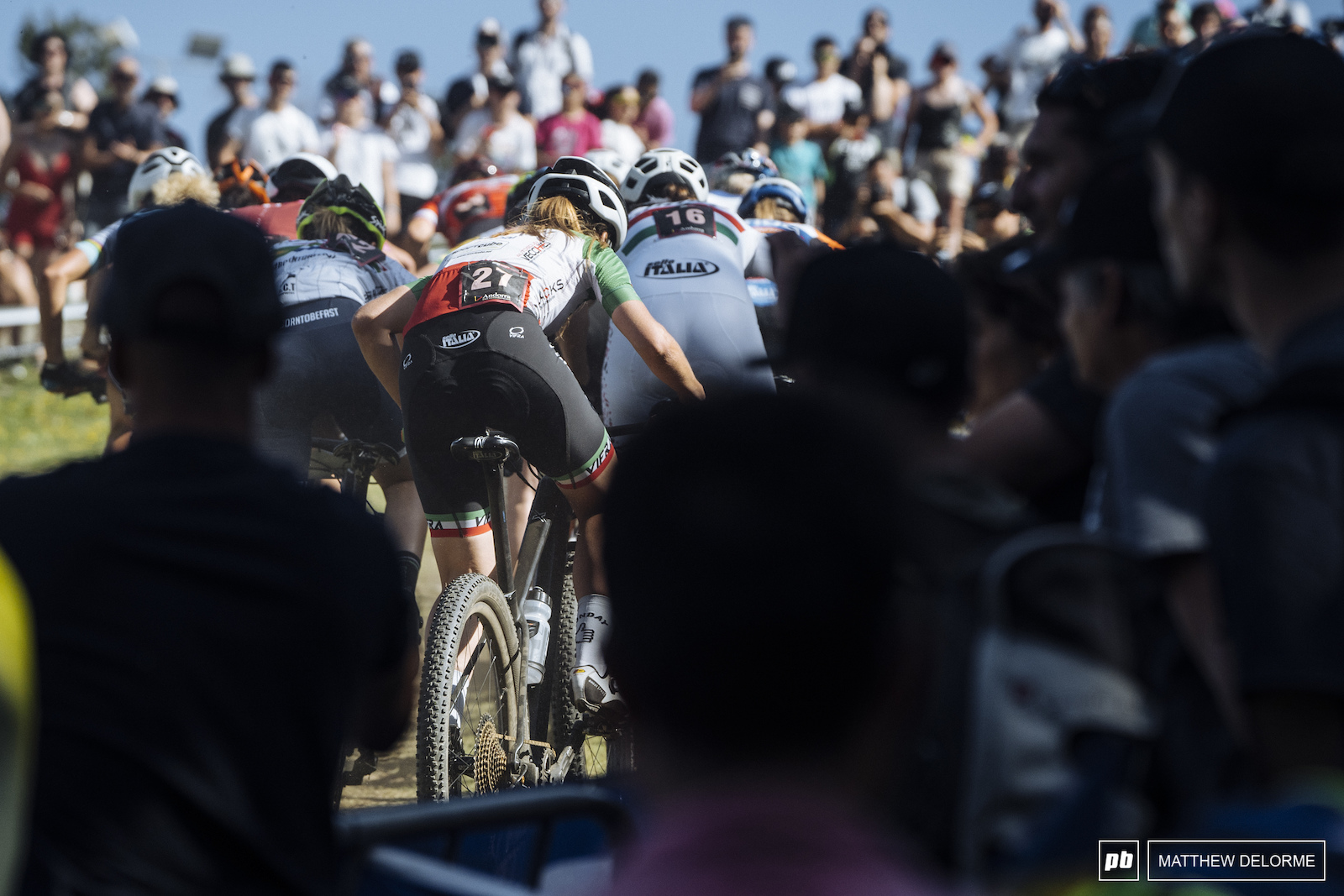 Good crowds for short track. Race day should be packed. 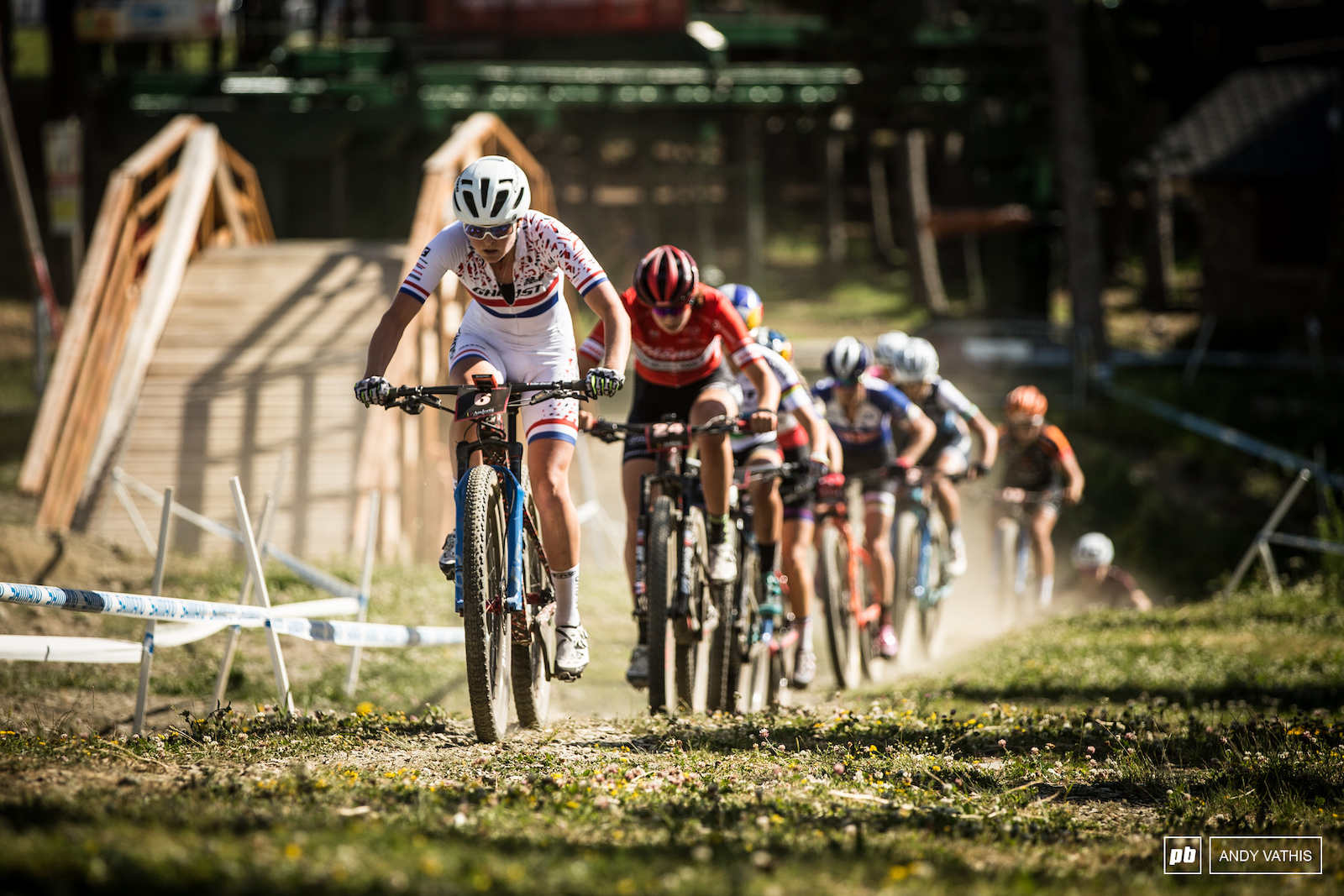 Strong performance by Anne Terpstra. She led for a while and managed a top five finish. 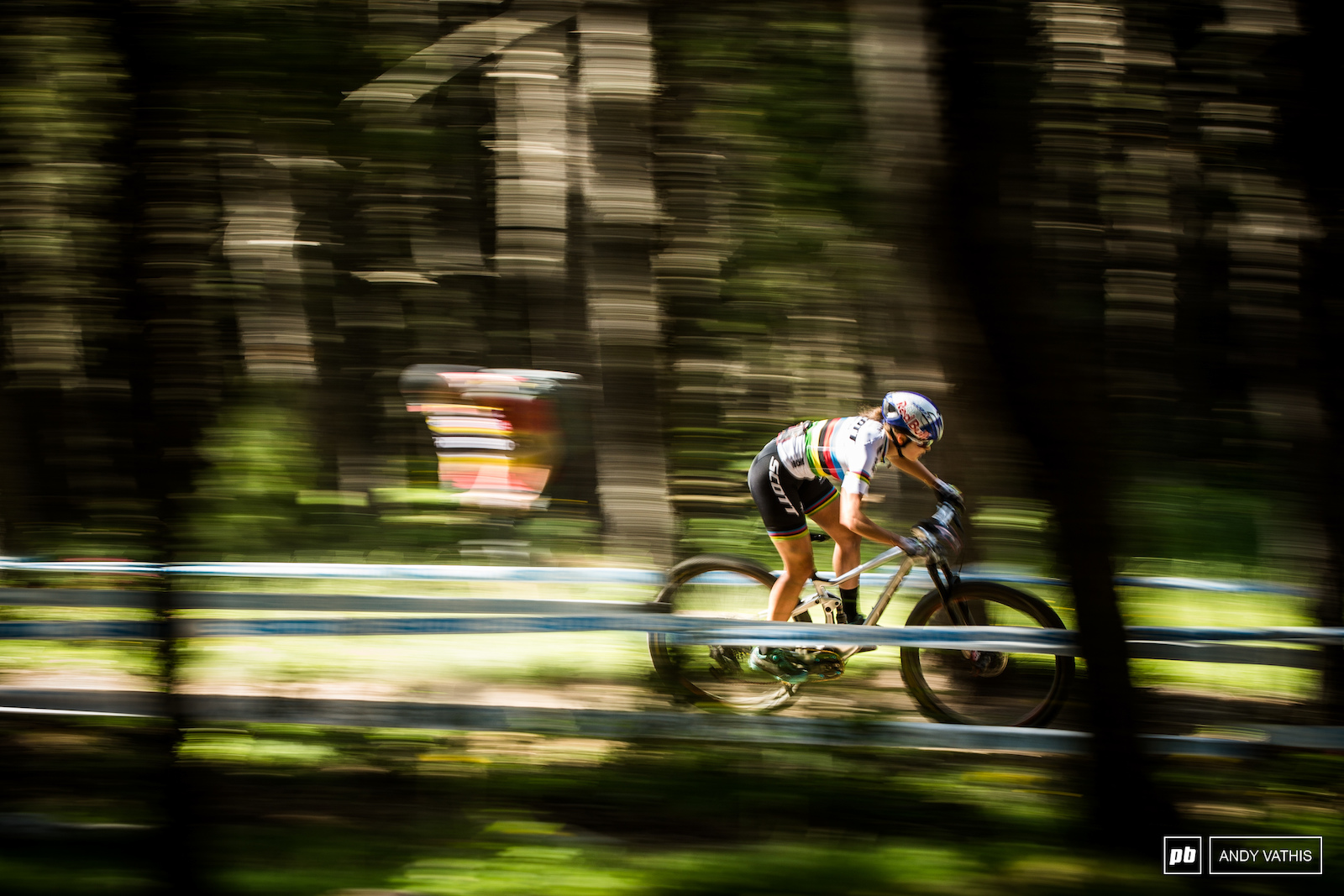 Kate Courtney attacked near the half way mark, but couldn't hold on in the final lap. 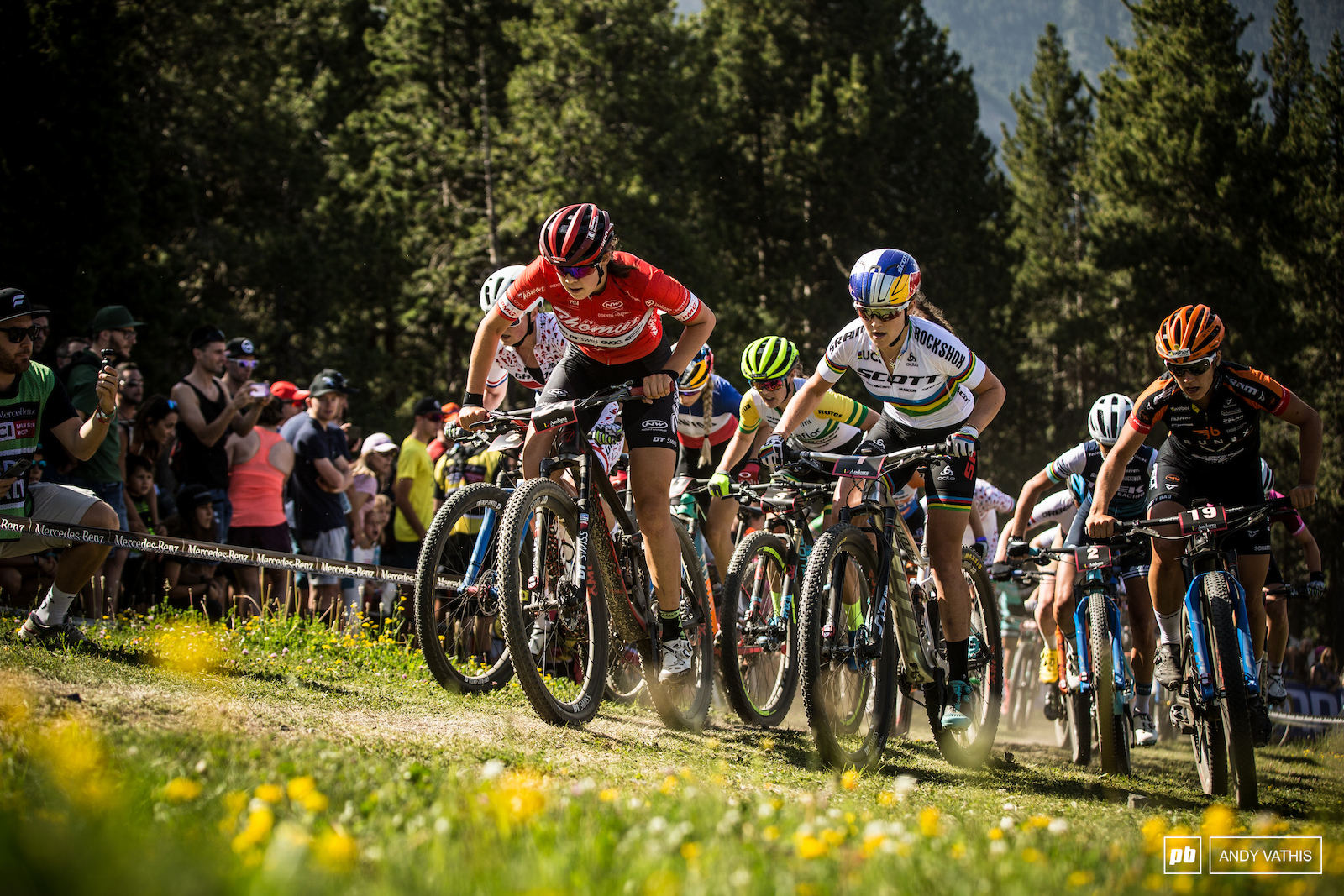 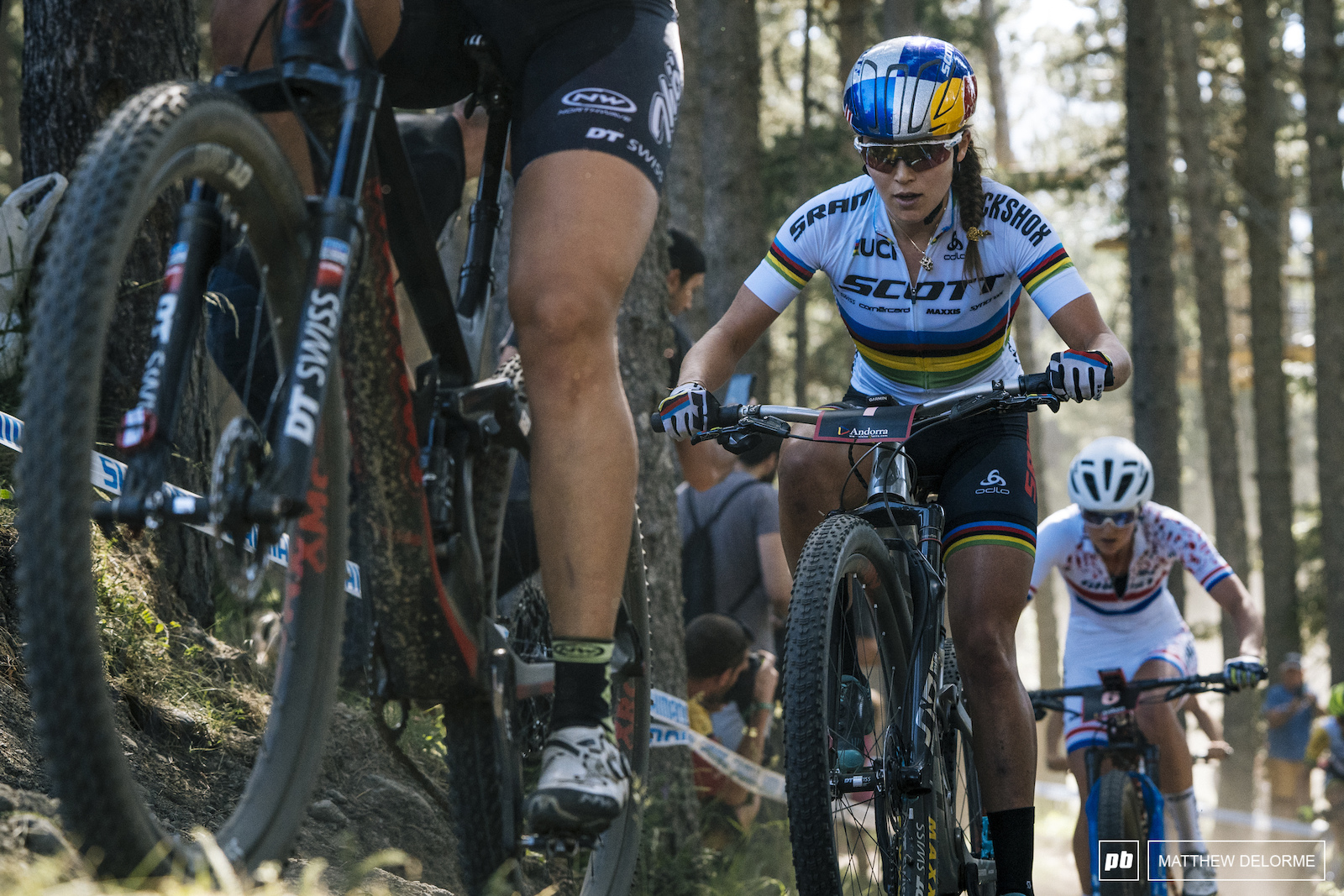 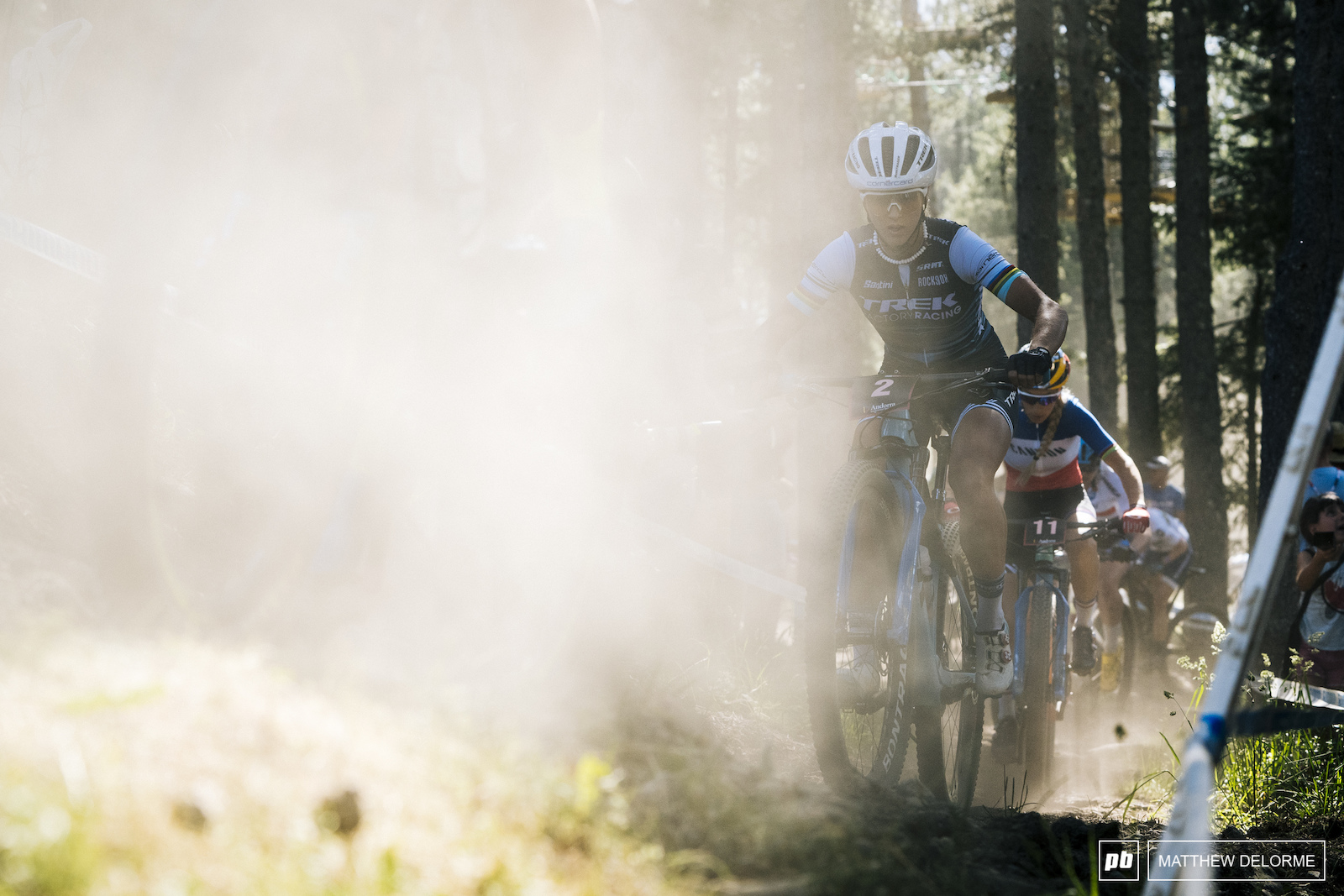 Jolanda Neff, fighting her way through the dust cloud. 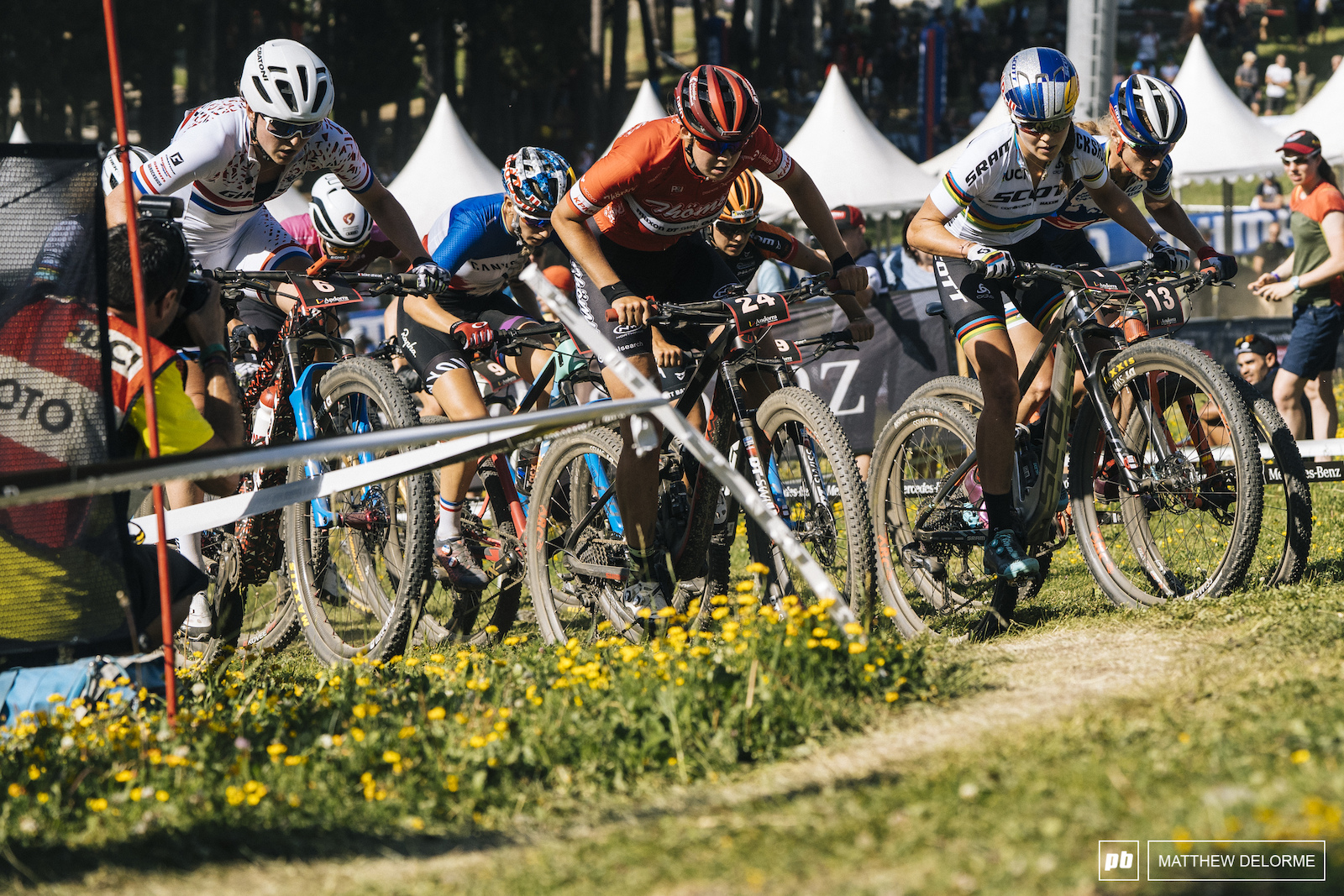 Courtney, Keller, and Terpstra battle it out in the early laps. 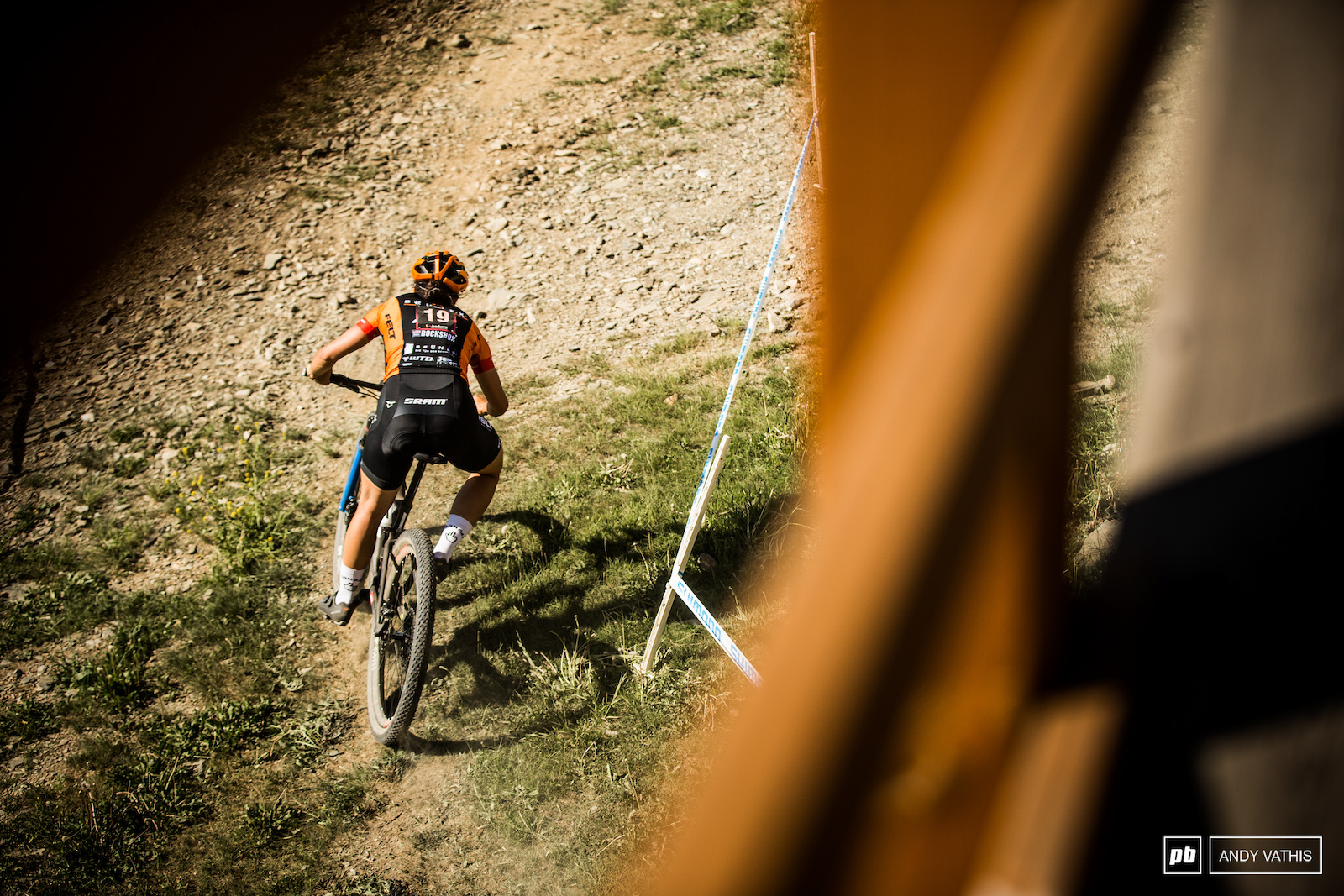 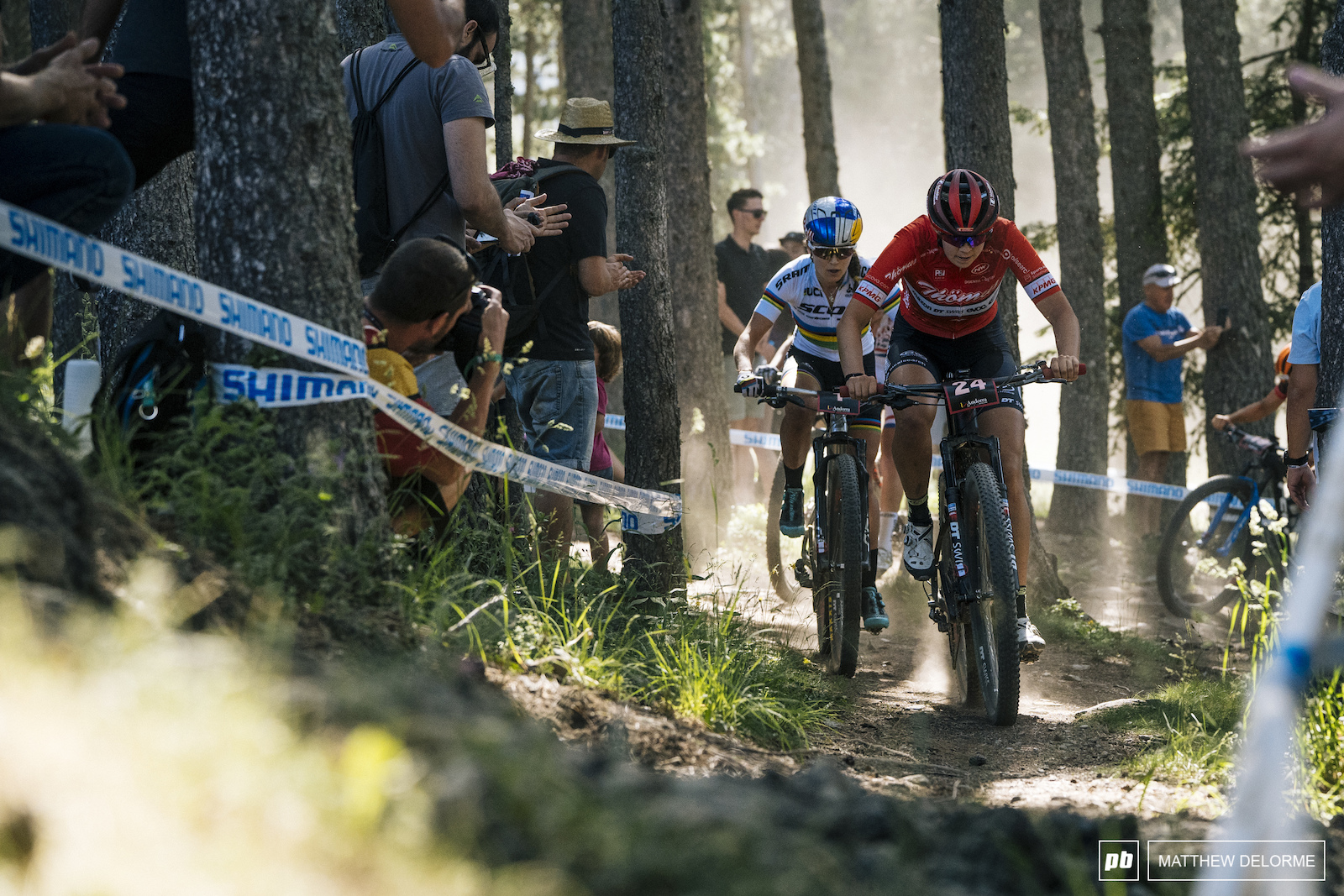 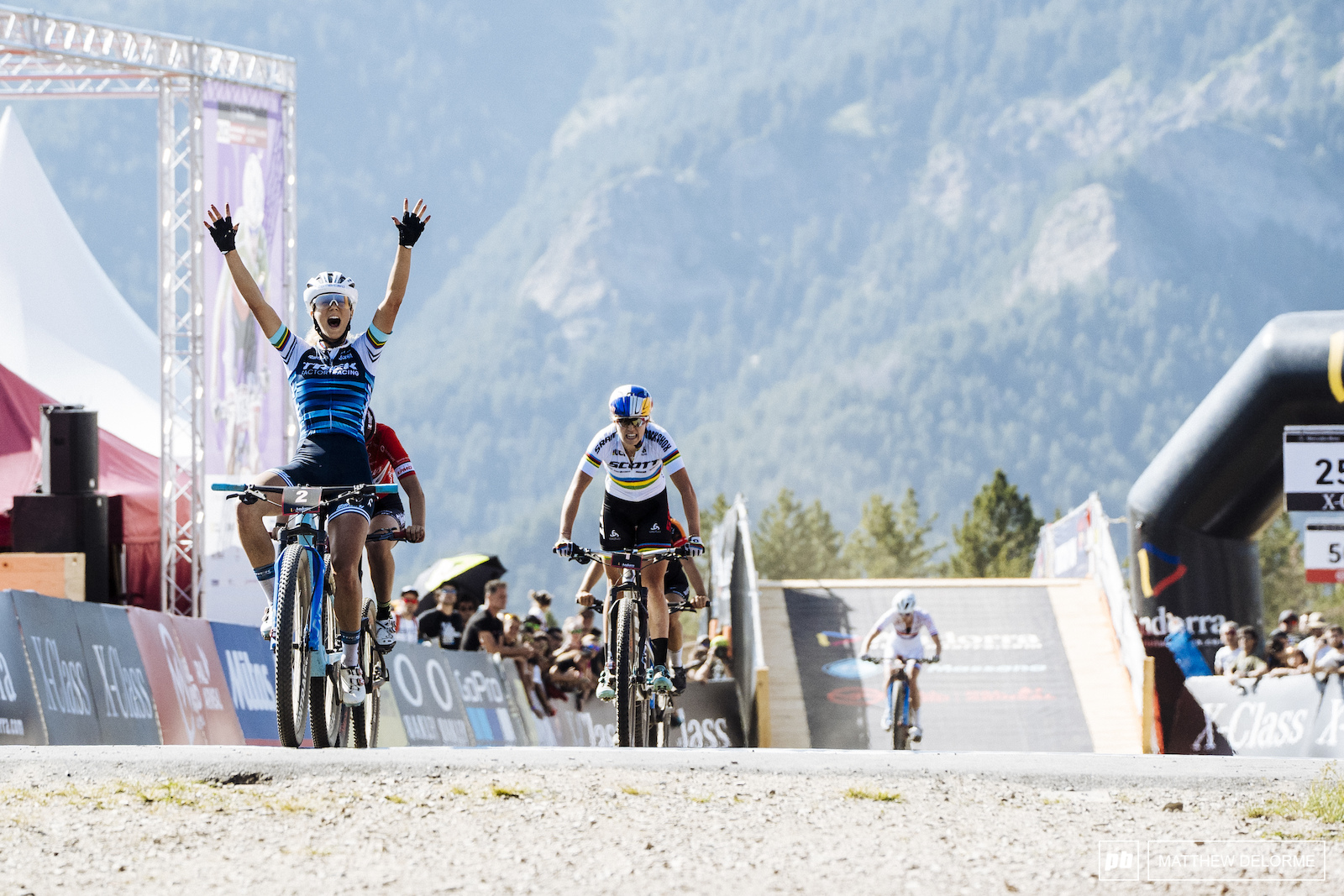 Jolanda Neff takes her first win of the season. 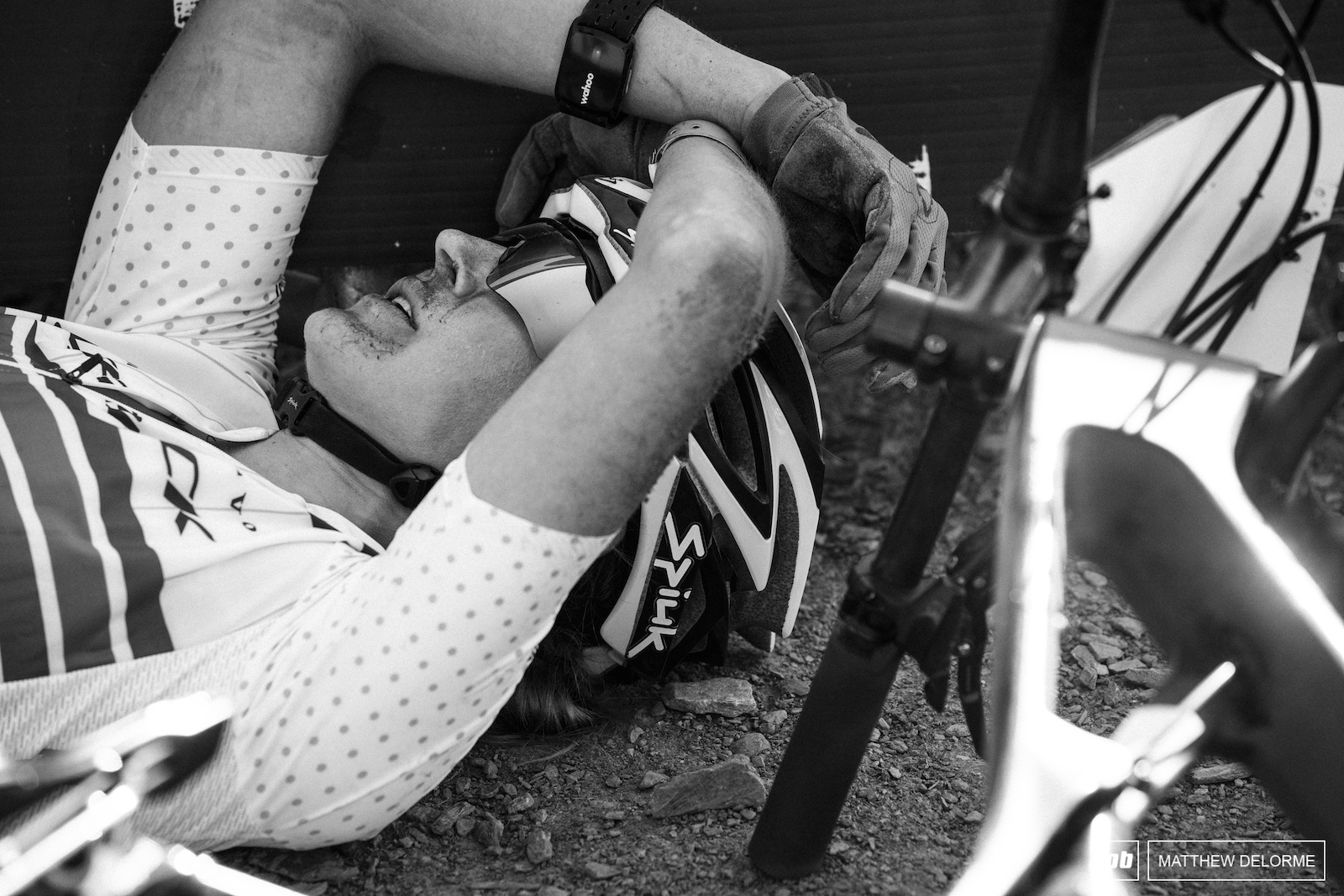 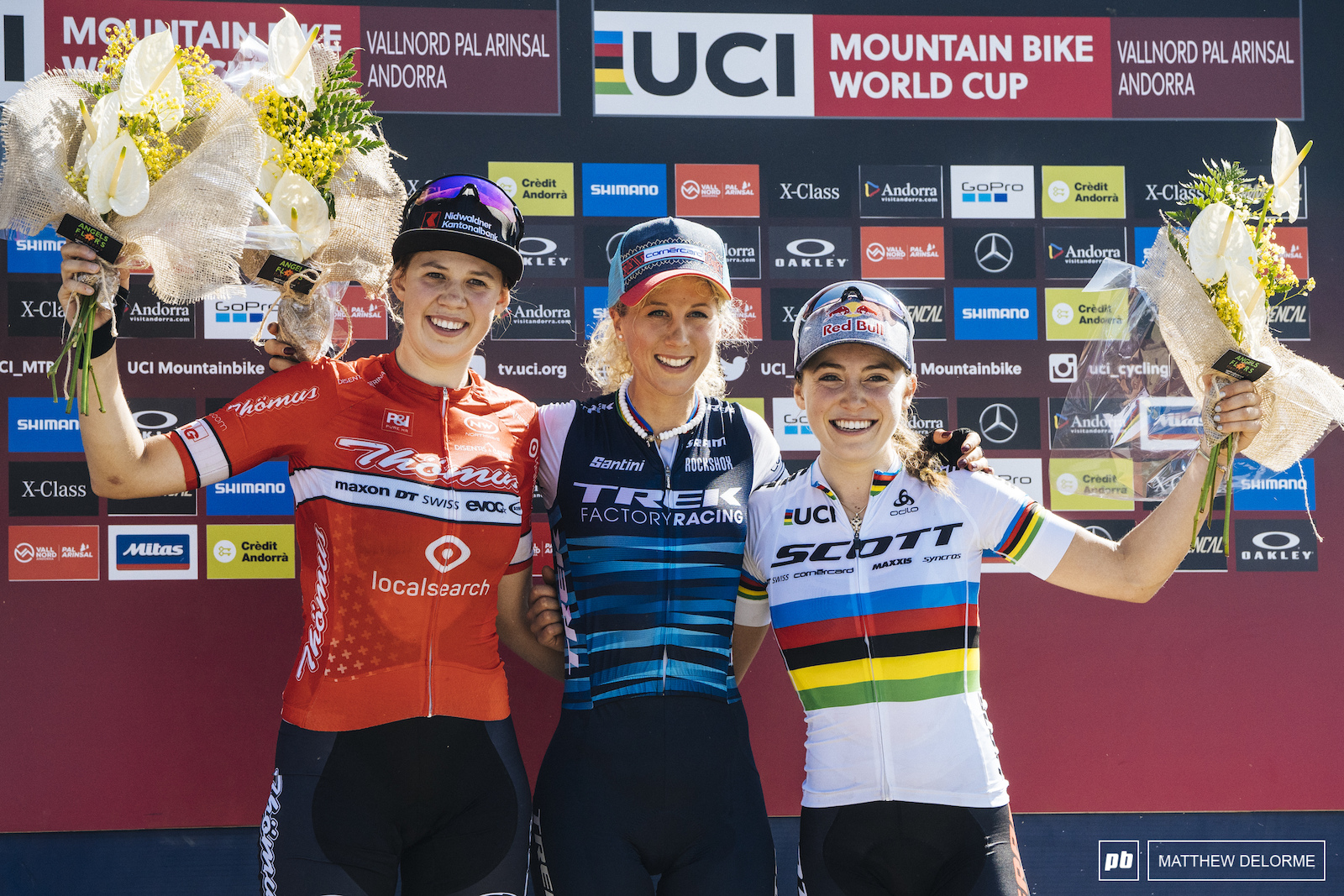 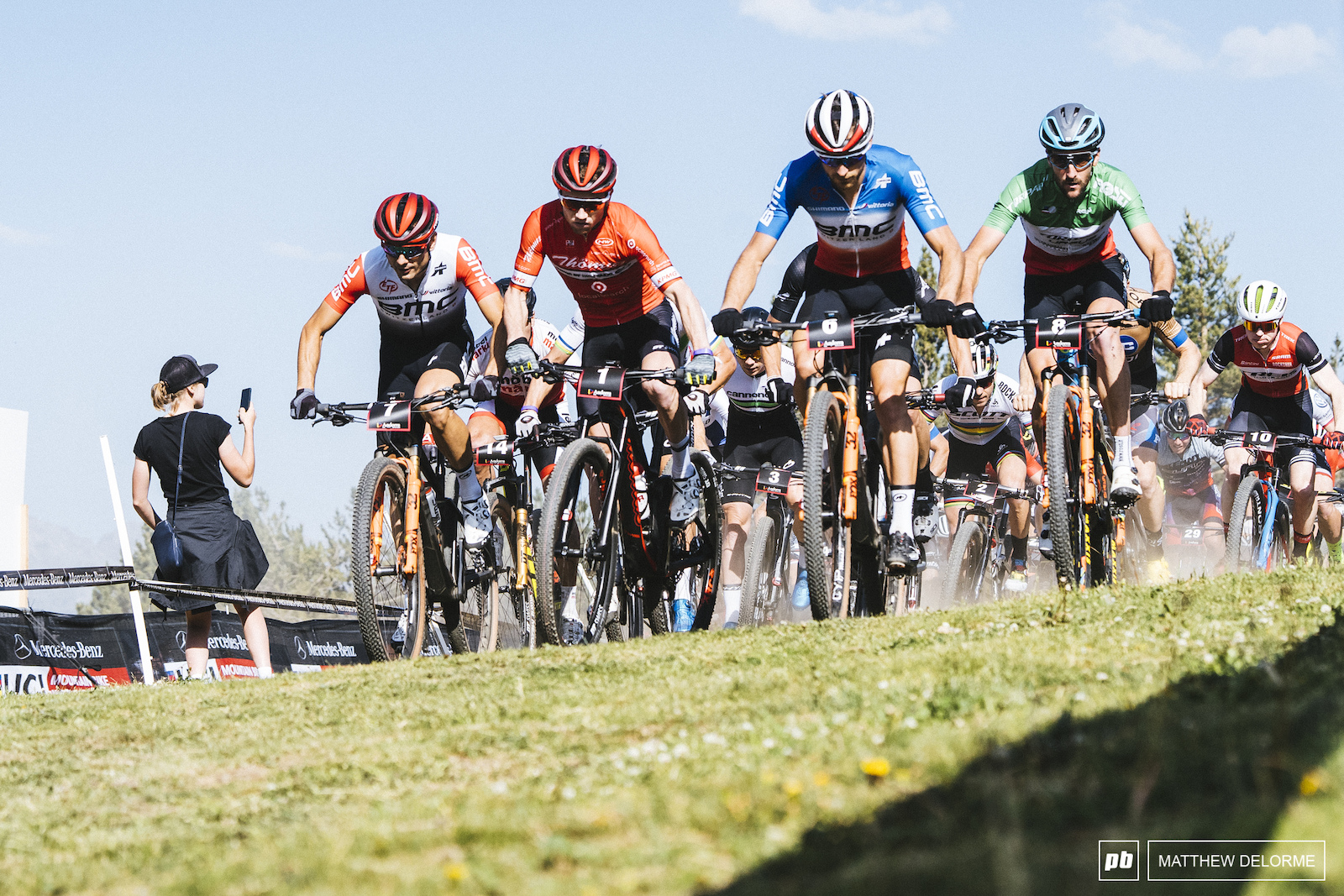 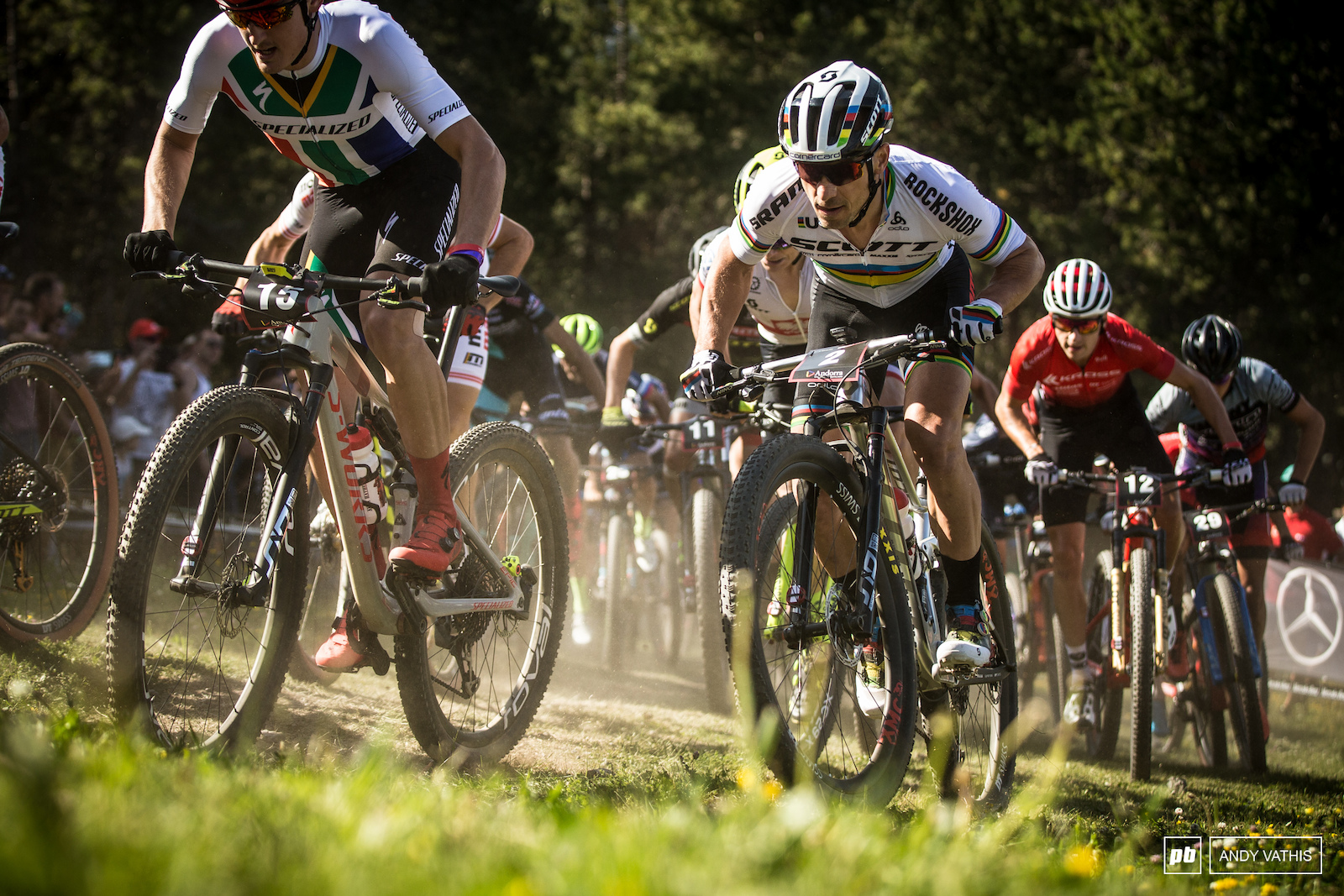 Nino Schurter fought hard to get back to the lead group after a first corner pile up. He wound up in second between the two Cannondale teammates. 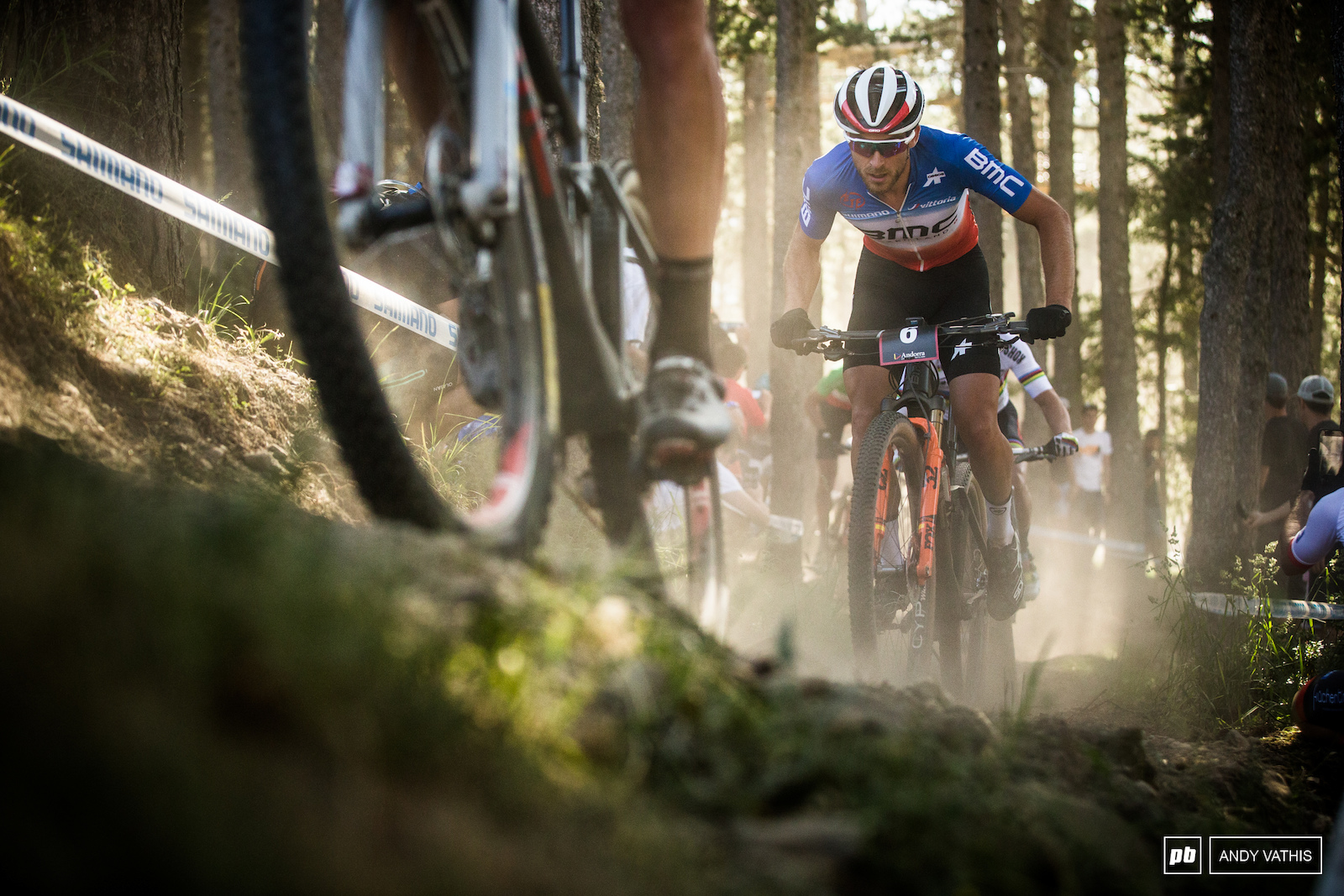 Titouan Carod was consistent with his pace, but had to make quite a few passes to earn his fifth place finish. 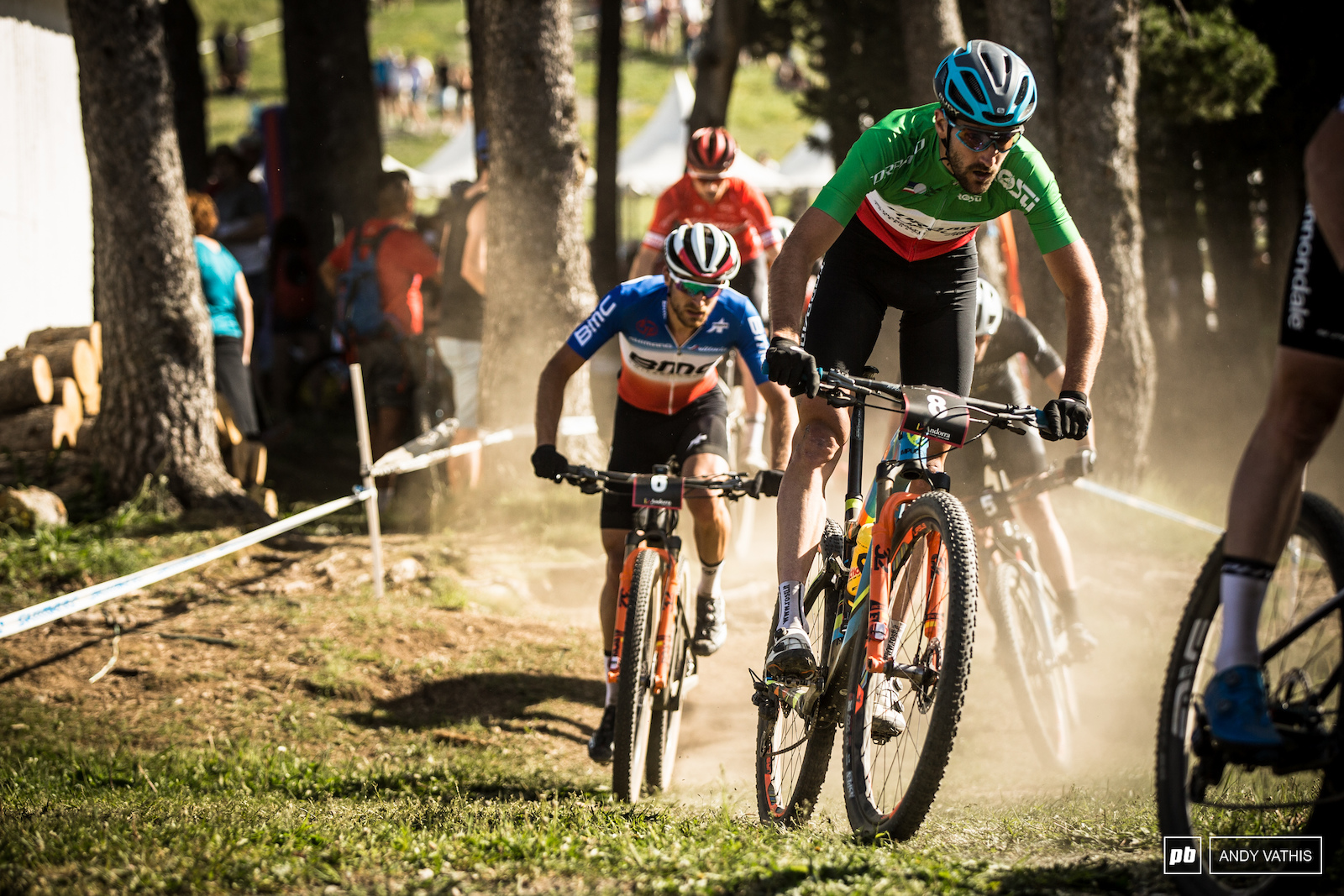 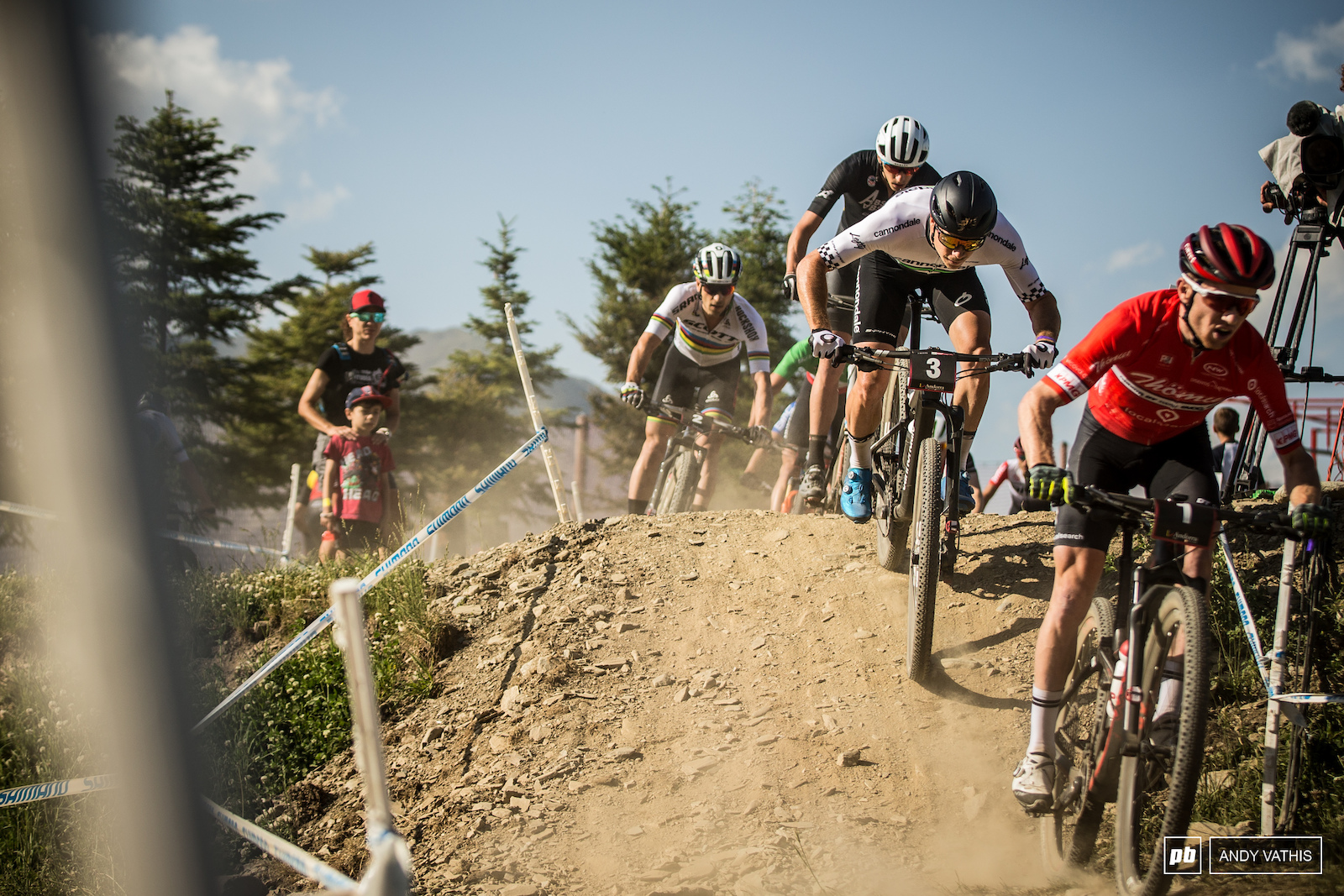 Maxime Marrotte also had some groundwork to do to scratch up to third place. 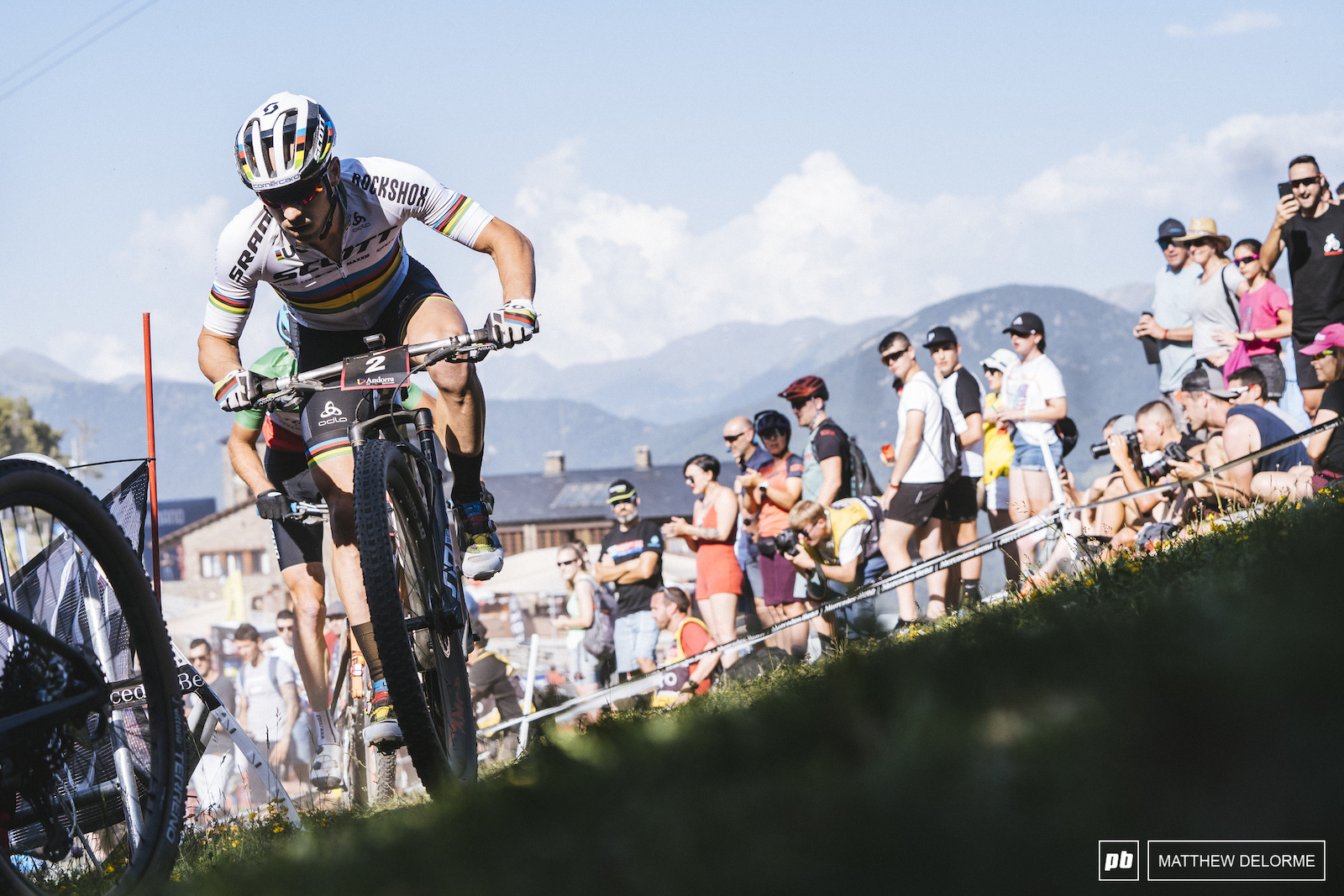 Try as he did, Nino couldn't match Avancini today. 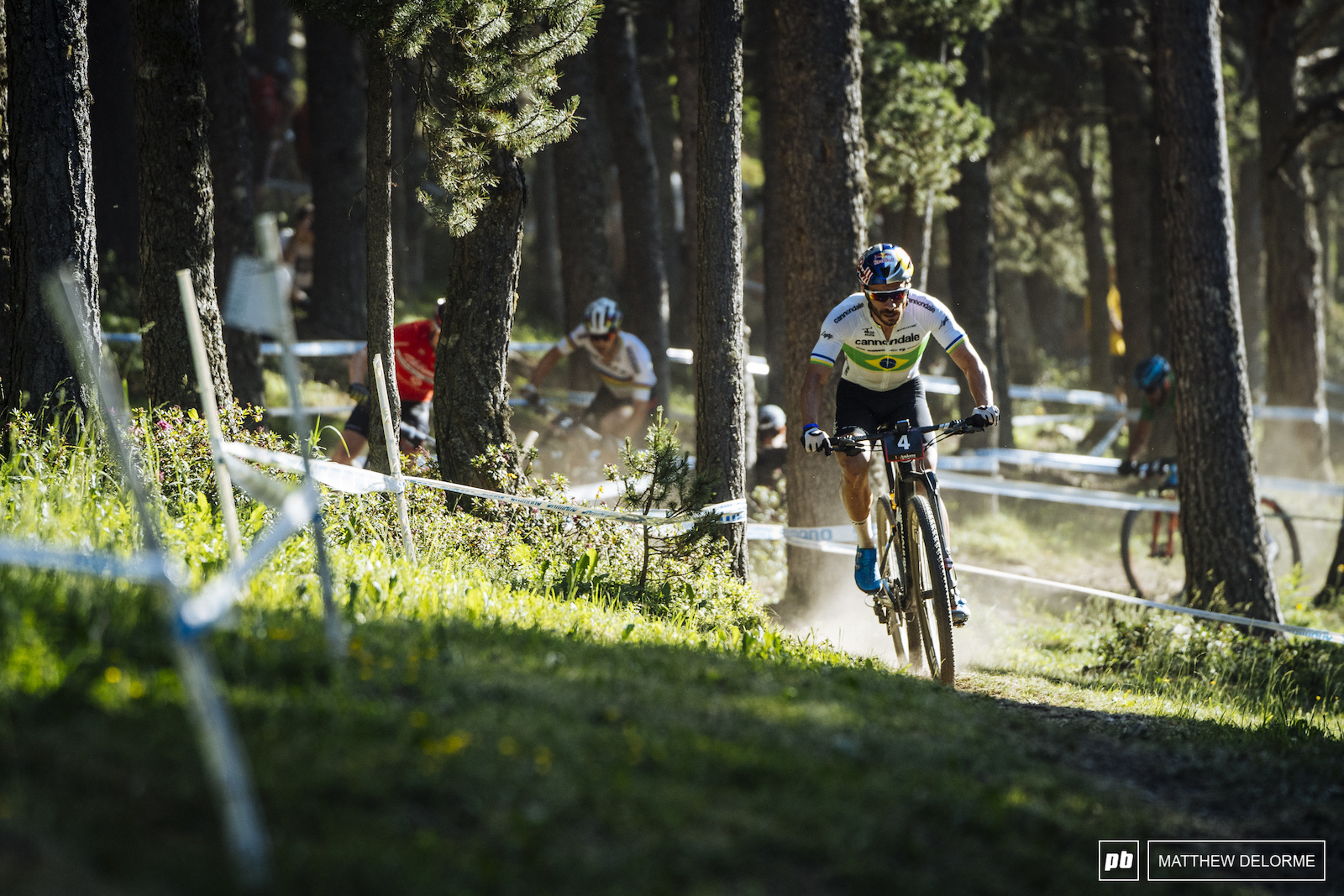 Henrique Avancini got out front and stayed there. 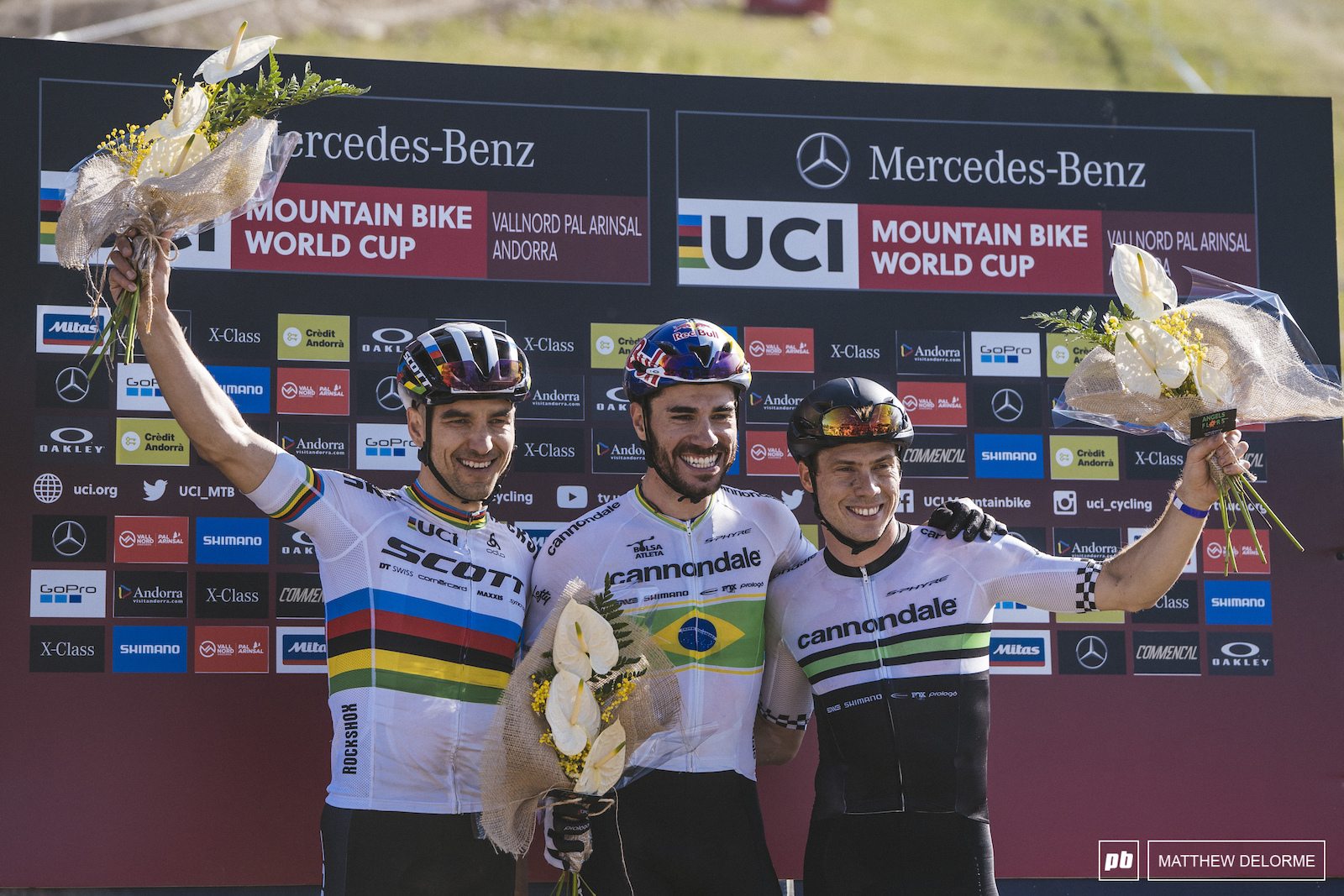 Congrats to Neff and Avancini!

Congrats to Neff and Avancini regardless- great personalities in this sport.

hellanorcal (Jul 6, 2019 at 16:40)
I've always admired Neffs cadence, and tried it a few times myself. After watching the difference between Jolanda Neff and Kate Courtney (pushing a HUGE gear), I think I will try the high cadence more often.

vinay (Jul 6, 2019 at 23:50)
You can't tell until he's actually raced them. With all respect, I wonder how well he does at altitude against his Swiss opponent when he himself has spent the winter dominating CX below sea level.