Apr 30, 2013 at 14:13
by Mike Kazimer
Share
Tweet
27 Comments
VP Components and Kali Protectives partnered to host the second round of the California Enduro Series at the Dirt Club in Los Olivos, California this past Saturday, April 27. Over the years, the Dirt Club has been the site of Pro XCT, US Cup and NORBA AMBC events as well as numerous high school league races - and now they have embraced enduro. 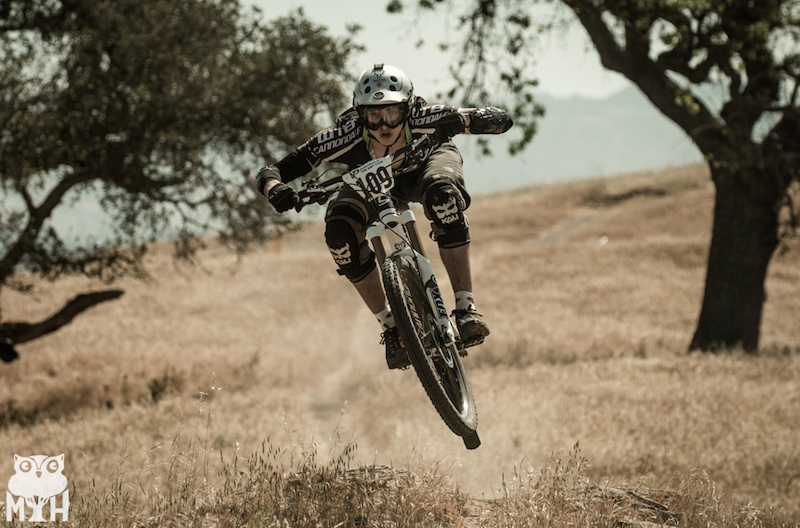 The courses ranged in nature from super fast with stunts and technical flowing tracks to full-on power to the pedals Super D.

The second session added a bit more pedaling to the equation and the top three came under serious assault from the riders who could push big watts. Aaron Bradford and Daniel Orellana (Itsa Bike Shop) powered through Session 2, stages 6-8, to tie for the best time in 9:03.7, but were only able to best Osborne by 3 seconds. Bradford's quad searing effort did not knock Osborne off the top step of the overall podium, but it did vault him from 8th place after Session 1 into 2nd in the overall. Tom Doran's off season power training paid off lifting him from 6th to 3rd. 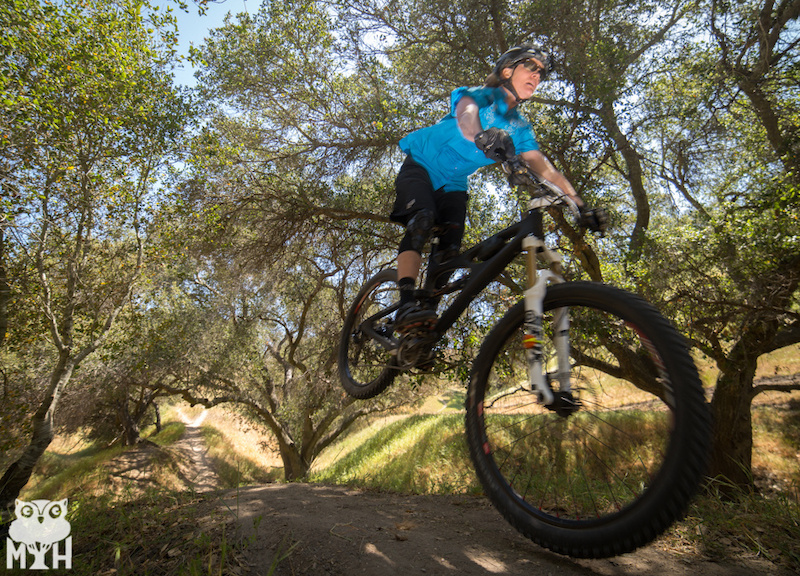 Katie Jay Melena drives it over the big table.

In the Pro Women's ﬁeld, Margaret Gregory (Don's Bikes) dominated in the first four stages by 22 seconds over Holly Breck and a further 3 seconds over Jenna Kowalski. Like the Pro Men's race, Gregory encountered a challenge over the remaining courses, but she still posted the best time in Session 2 at 9:36.2, only 3 seconds better than Breck with a further 4 seconds to Kowalski.

VP Components naturally appreciates the generous support of event sponsors, but is also extremely grateful to the riders, their friends and family who attended the event. With a staggering 170 racers, the crew was stretched to the max, but happy to please such an impressive number of riders and spread the enduro stoke. 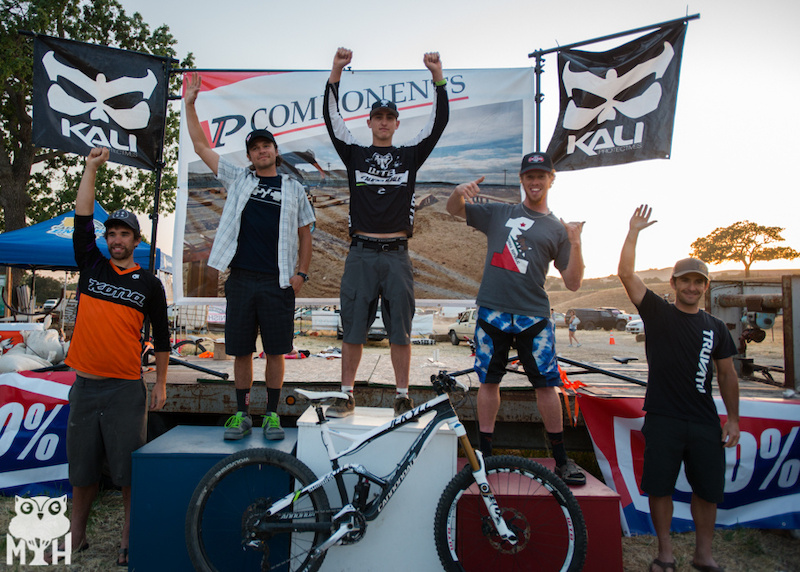 Consisting of four events showcasing the amazing diversity of California's terrain, the California Enduro Series offers something for everyone.


For more information regarding the series check out the California Enduro Series website: www.californiaenduroseries.com.

rgmglglg (May 2, 2013 at 7:27)
We rode here on the way back down the coast from sea otter a few weeks back. Let me tell you....nothing like it anywhere around. Rolling hills in the wine country dotted with oak trees. Unbelievable. A few canyons away from Michael Jacksons old pad. The cross country course was very well thought out and the small canyons that hosted the enduro stuff was epic. This is a destination. They are open wednesday afternoon and saturday and sunday. I am used to stuff here in California being shut down all the time when I moto and MTB so it is refreshing to see this place come alive. Check it out.

tarp43 (May 1, 2013 at 10:33)
"quad searing".... this was my first race and was impressed by the top riders ability to drop the hammer in the flats. right when you think that your in decent shape... you realize you've got a ways to go while watching these guys sprint through the finish.

awesome race and the enduro vibe was super cool... I'd defiantly do it again! hats off to erik and the CES team! thanks!

codypup (Apr 30, 2013 at 23:13)
I wasn't there so I don't know what you mean unless you are referring to a photo of the men's expert podium wherein the tw o through four finishers make a statement as to how they feel about the "WINNER"

if you were there you know what i mean

ranchorace1 (Apr 30, 2013 at 22:45)
that was such a bummer for that to happen during final awards. although the situation leading to that open window for the bottom feeders was pretty classic to watch unfold

Comedy: "I train every day bro. i dont have to work. this bike weighs 34 pounds! what, you gonna cry now baby" or something like that was said by the winner of the Expert class... better than reality tv.

SoCal-AM (Apr 30, 2013 at 17:44)
You gunna do the Sagebrush Safari Enduro in May out by Lake Morena? I'm planning on hitting that one assuming of course that Fox hurries the hell up with my forks... :/

krisrayner (Apr 30, 2013 at 19:33)
I'm with you on that one. 25th in the sport class. On that first stage I kept telling myself that I didn't do enough sprints on my road bike. And I'd like to use the excuse that I ran out of time and didn't get to preride the last 2 stages. I should have run beginner, at least then I'd be top 10 and would have gotten some free stuff.

SoCal-AM (Apr 30, 2013 at 21:29)
Ya, this will actually be my first race (been riding forever but never done an Enduro race before) so I'll be riding beginner and hopefully I can pull something out of the hat and get a decent result.

Looks like it'll be a long day of pedaling in the heat... But now after reading your comments, I'm not sure I've trained enough..we'll see I guess...

krisrayner (Apr 30, 2013 at 23:34)
Give yourself plenty of time to preride and scout the course. And practice sprinting your guys out.

I'll keep that in mind.