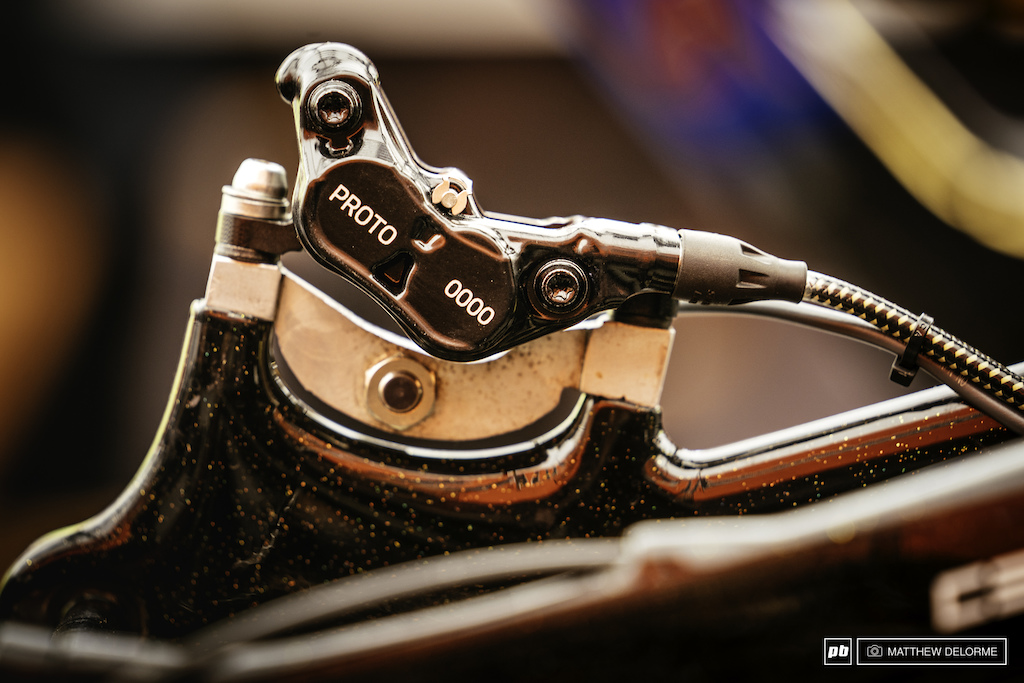 Loic Bruni has been running a set of protoype Formula brakes on his bike for the last two World Cup races, brakes that use a four piston caliper instead of the two piston setup we saw him experimenting with earlier in the season at Crankworx Rotorua. There are currently only two sets in existence, and they're numbered 000 and 001 accordingly.

One set is installed on his race bike, and the other is on a Specialized Demo that's bristling with wires - it's been outfitted with a data acquisition device that can detect everything from suspension movement to how often Loic is using his brakes. Jack Roure, Loic's mechanic, said that after analyzing the data they found that Loic usually has his lever ever-so-slightly pulled, but with the new model he's braking less, and getting quicker times.

Loic said that he's been happy with the performance of the brakes; after all, they survived the sustained steepness of Vallnord without any fading, but he's not completely satisfied with his own riding. “My main problem this year is because I'm looking for my pace – I go too fast, brake too late; it's more my problem than the brakes. When I brake it's all good, but I wish, like, in Andorra, the last corner, the last hard one, I was like a little bit scared, and I braked a lot. I saw that that was my riding mistake. I need to work on that, and obviously here it's a little bit harder, but it's ok.”

At the moment there aren't any set plans for the brakes to go into production - for now Formula are concentrating on helping one of the fastest riders on the planet to go even faster. 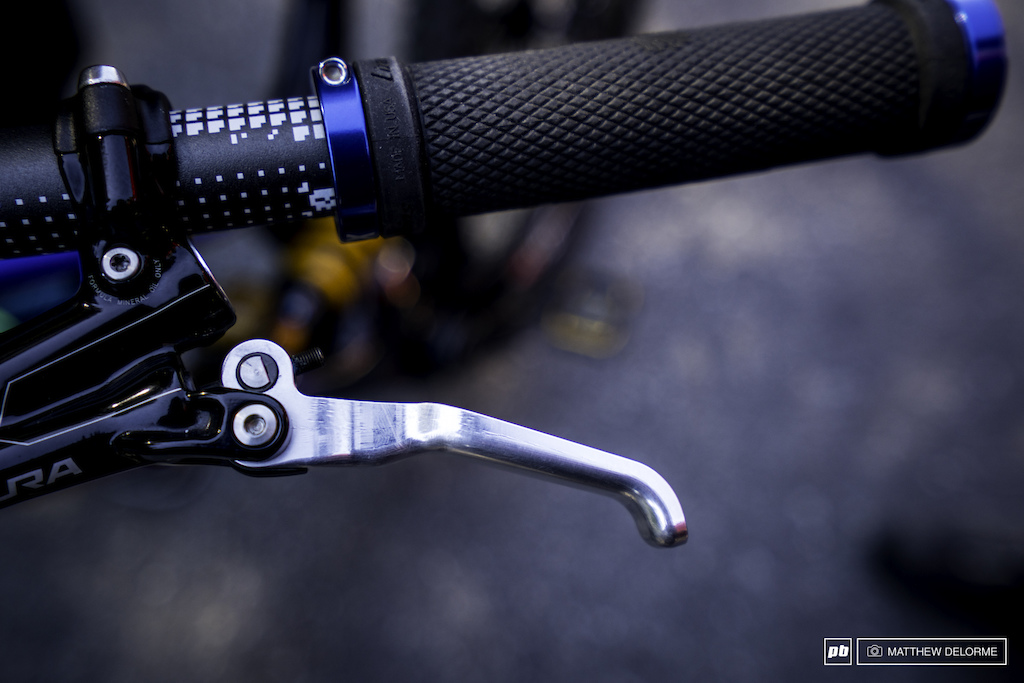 A custom lever has been installed on a Cura body, one that has a less pronounced bend to it than the stock lever. 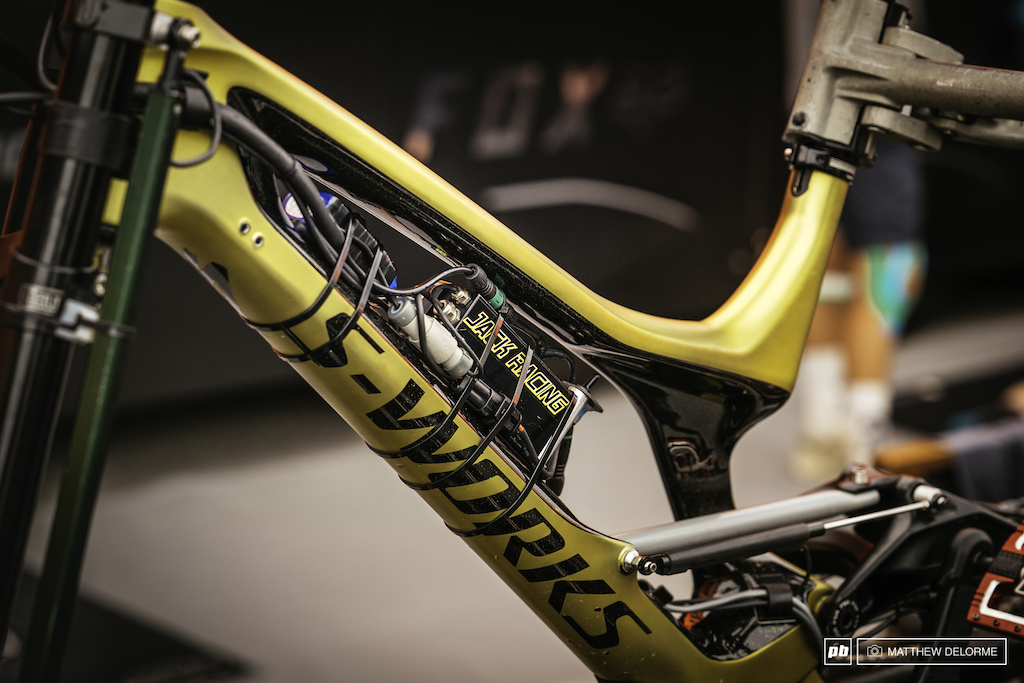 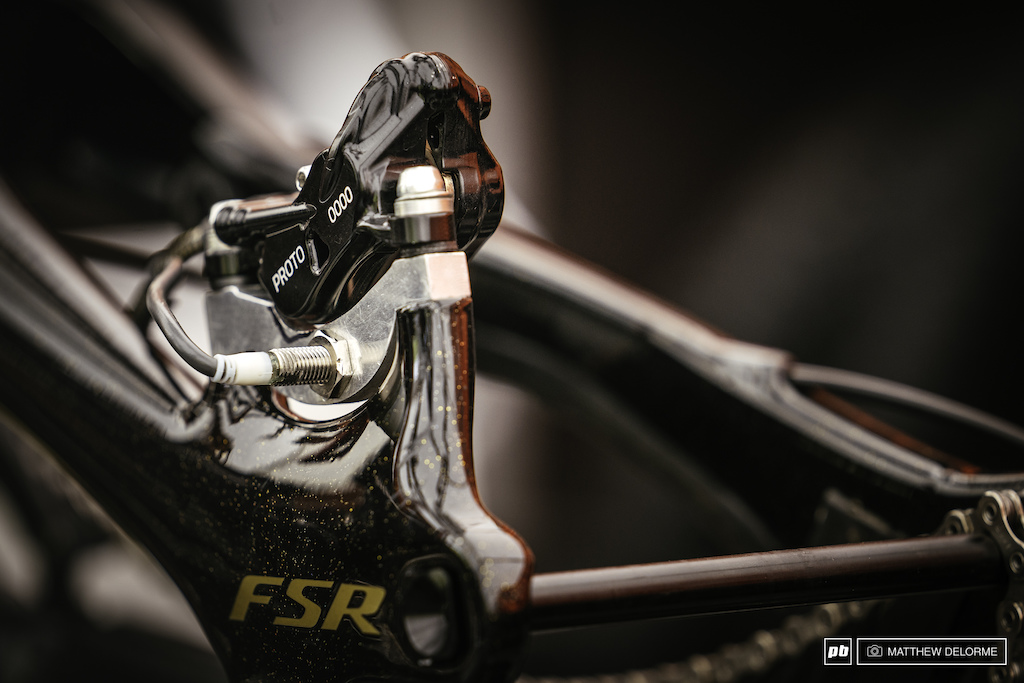 Data acquisition is becoming more and more common, but Loic and his mechanic Jack Roure aren't newcomers to the technology - they've been working with it for multiple seasons. 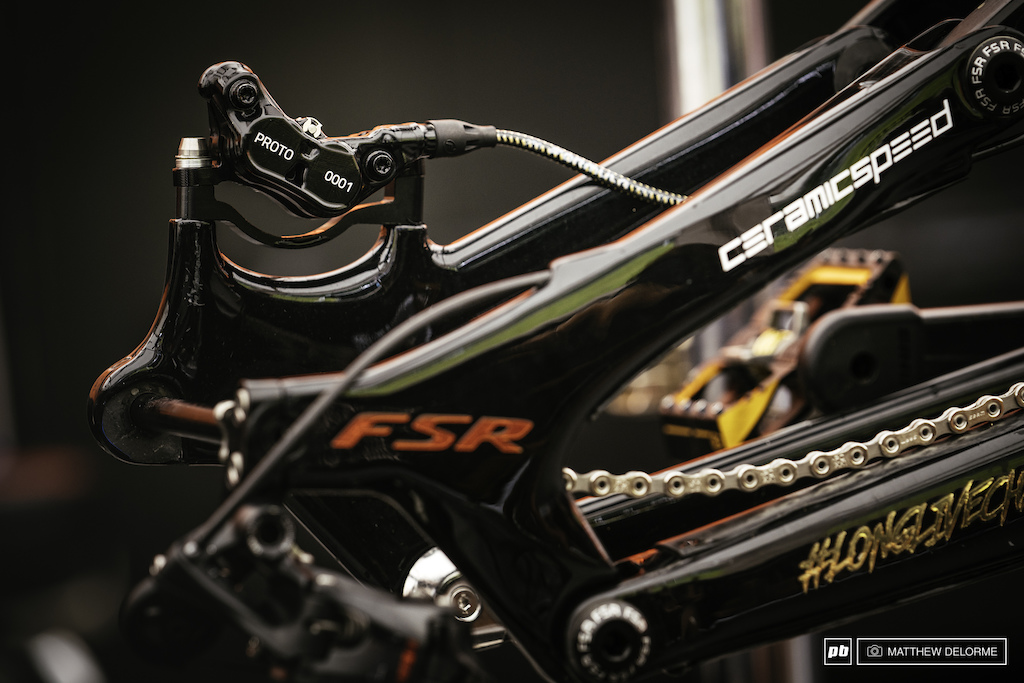 andrewgiesbrecht (Jul 7, 2017 at 21:36)
if you ask me these puns are the most rotorious and fluid, but hose opinion matters anyway?

RWM5772 (Jul 7, 2017 at 13:29)
Am I crazy or does it seem like the weight of those data acquisition computers would affect the data they're supposed to be collecting..

thomaspearson (Jul 7, 2017 at 22:14)
@DC1988: it depends. If you're only interested in force then no weight won't come into play. If you're measuring the force with a direction eg motion data too, then yes weight has more of an impact. But you could keep weight as a relative constant 1/k for each Nm increment tbh.

teamtoad (Jul 7, 2017 at 20:37)
"At the moment there aren't any set plans for the brakes to go into production - for now Formula are concentrating on helping one of the fastest riders on the planet to go even faster."

My understanding is that prototypes can be used in mountain bike racing without pre-approval from the UCI. But would this not be a violation of the following UCI rule if these brakes never go into production? Or as another example, the shock on the bike of Fayolle?

UCI ARTICLE 1.3.007
“Bicycles and their accessories shall be of a type that is sold for use by anyone
practising cycling as a sport.
As a result of production imperatives (time constraints), an exception may be
requested from the UCI for equipment that is a final product and that will be
marketed in the nine months after its first use in competition. The manufacturer must
however publish information on the equipment in question in advance and
announce the date of its market launch.
The use of equipment designed especially for the attainment of a particular
performance (record or other) shall be not authorised.”

ckcost (Jul 7, 2017 at 13:46)
Pretty excited about what Formula has been up to recently. They certainly lost their way for a few years and didnt address issues quickly enough. However, the new team in charge there has been doing an awesome job and the new products are AMAZING. The Cura's are hands down the best trailbike brake I have tried and now these look like they could give the Saint and TRP a run for their money in the DH category. Their forks also seem to be gaining a core following from a lot of fast folks.

JTolton (Jul 9, 2017 at 15:03)
I had a set of Formula R1 and they were superb. Great feel, low weight, great power, and (most importantly?) great looks. The only thing I didn't like was how ungodly loud they were when it was wet and cold.

shedsidechuck (Jul 8, 2017 at 10:26)
sounds to me, from reading his nput, that Loic is mostly concerned with technique to get faster.
R&D people just need work too.

Kramz (Jul 7, 2017 at 16:10)
I think there's always room for improvement. Never seen dual front rotors on a mountain bike, and very few floating rotors. I think there's not enough real competition between companies, like nobody has ever gone and tried 10 different brakes on their bike to find the best one, they've only bought, and assumed.

ryan77777 (Jul 7, 2017 at 13:07)
The downside to brakes is they only slow you down and add weight to your bike. Formula figured out the formula for only one of the downsides, namely the latter.

yeti-monster (Jul 7, 2017 at 12:25)
So finally formula figure out or bow to pressure on four pots. No your oval piston is simply not up there despite the marketing hype. Time to get with the program and get back on top formula

ORTOGONAL555 (Jul 7, 2017 at 12:41)
My oval piston Formula RO are more powerful than my 4 pot Avid Code R ... and aren't affected at all by fading. They are definitely up there. I think a 4 piston caliper has more to do with cooling and modulation than stopping power, but i'm not sure.

yeti-monster (Jul 7, 2017 at 14:05)
@ORTOGONAL555: my saints and zees are awesome, Keep my oval piston formulas on xc bike as they are majorly down on power in comparison. Modulation is overly rated. You wouldn't jump from a Ford focus to a Ferrari and complain that the brakes are too powerful and lack modulation. Instead you would adapt to the increased power.

donpinpon29 (Jul 7, 2017 at 12:23)
Dot try to code the information of this formula.will this be the one brake Im looking for or the elixir for these juicy puns. Sorry I'm no saint

DrStairs (Jul 7, 2017 at 12:22)
Comment pun trains aren't stopping anytime soon on pinkbike, but you can ride my downvote straight to hell, on a track steeper than Vallnord, for saying "first comment".