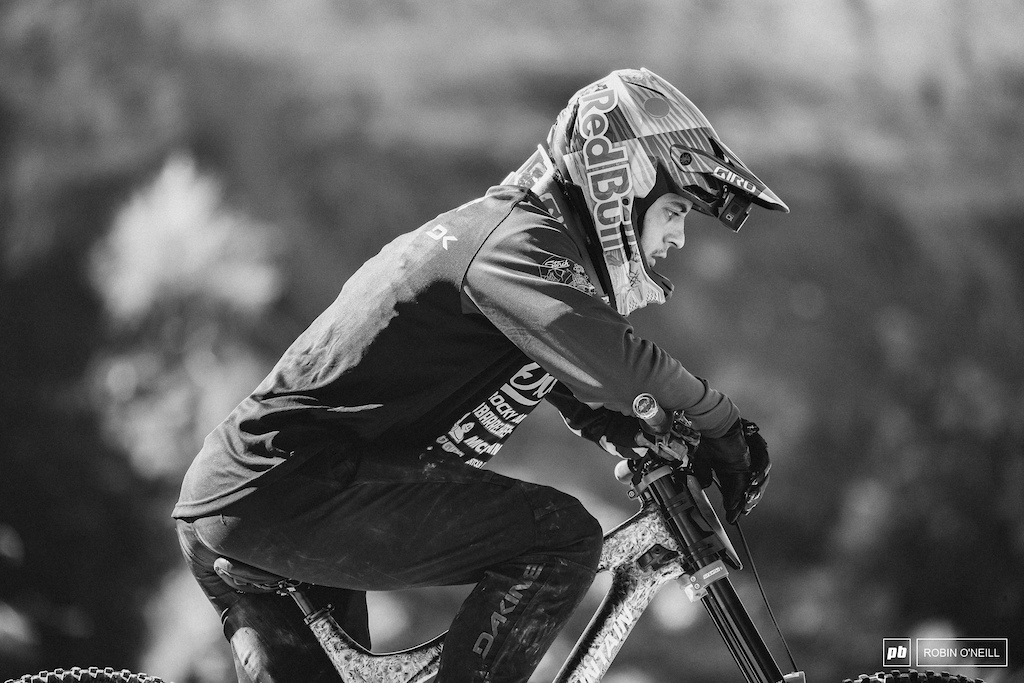 It looks like Giro has a new full face helmet on the way, at least if what athletes like Richie Rude, Reed Boggs, Carson Storch, and others have been wearing is any indication. Giro's current DH-oriented full face helmet, the Disciple, has been in the lineup for five year, and it's likely due for a refresh.

The shape of the new helmet is more uniform, with less pronounced ridges on the top, and the chinbar vent location has been moved back. It also looks like there are larger horizontal vents in the forehead area compared to the Disciple. The chinbar's length also appears a little shorter, possible to help reduce twisting forces that can occur in a crash. According to an Instagram post by Kurt Sorge, it uses Giro's Spherical Technology, which helps provide protection from rotational impacts, and is 200 grams lighter than the previous model. The exact launch date and availability of the helmet has yet to be announced. 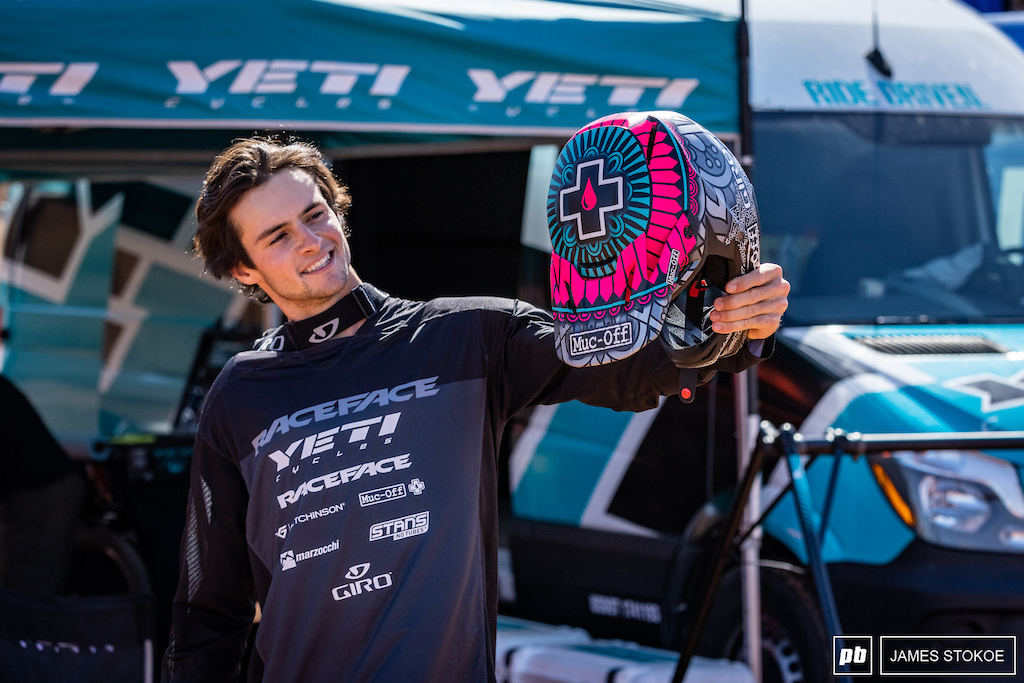 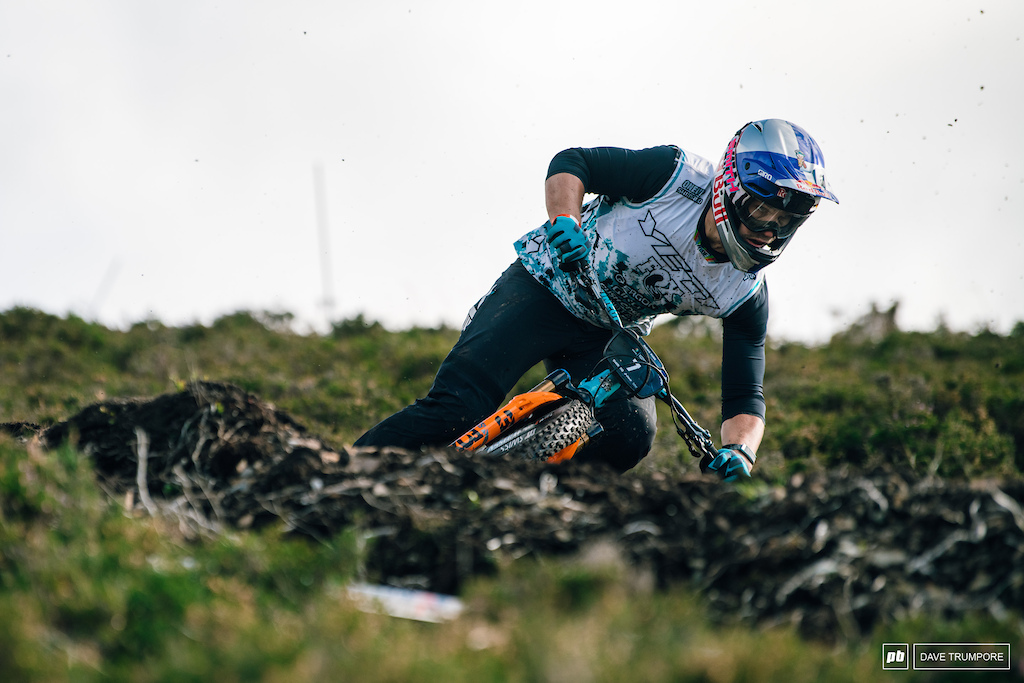 Arierep (Oct 16, 2021 at 14:35)
And do a full editorial about it, with the comments section filled with rants blaming the "spotted" on capitalism

j0lsrud (Oct 17, 2021 at 1:22)
One thing i don't understand with most full face helmets is why the chinguard is so low?
When comparing moto and mtb helmets, the moto ones have the chin guard in front of the chin, not below like most mtb helmets.

So please explain, for when i use my Fox Proframe i don't feel very Protected if i would land on my face, or hit i tree.

j0lsrud (Oct 17, 2021 at 6:32)
@Ashe14:
Bought the Proframe for enduro use, so lightness and ventilation works well.
What i meant was that the angle of the chin guard basically points downwards, so when you faceplant the face is really exposed.

mastakilla (Oct 18, 2021 at 23:10)
This could be a great helmet. I honestly think that MIPS spherical offers something new and worthwhile to the market. I was hoping to see something like this on the TLD D4 and then the new Fox Rampage but they just put in the old mips slip plane. I have always had my doubts about the function of that slip plane. This could be Giro having the best DH helmet, I dunno.