Sep 6, 2018 at 19:00
by Mike Levy
Tweet
The world's best cross-country racers aren't exactly slumming around on junk during the season, but it's at World Champs where things get taken to a whole other level. Want some crazy paint job that'd be considered gaudy at any other time of the year? Not a problem. Custom shoes to match? Duh. Italy's Gerhard Kerschbaumer and Poland's Maja Włoszczowska are both aboard one-off machines, with one going for the stealth look and the other looking to make a splash.

Missed all the other cross-country tech? Check it out here. 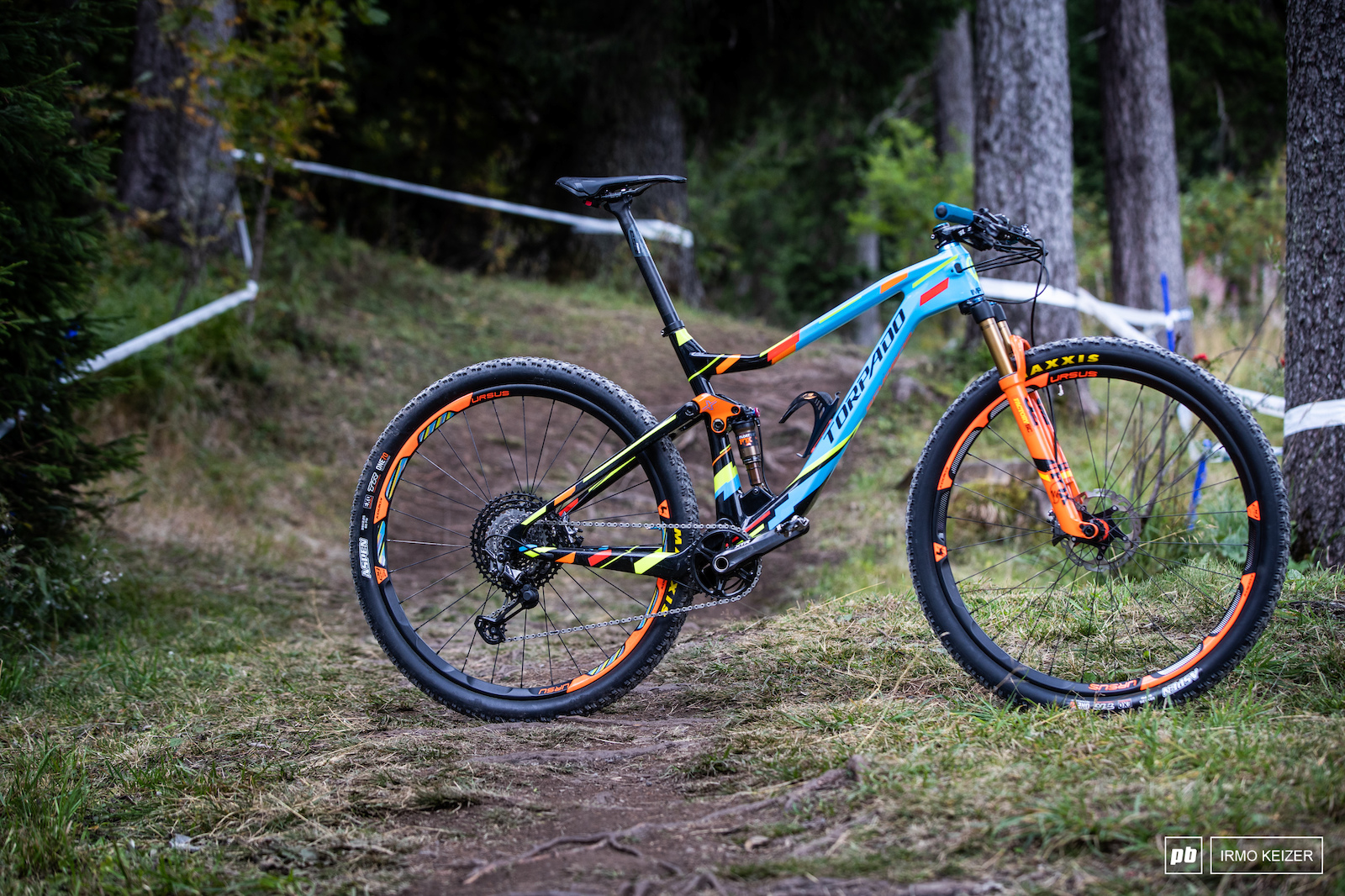 Former Olympian Gerhard Kerschbaumer is hoping his Torpado Matador takes him to a podium in Lenzerheide. Never heard of Torpado? Me neither, although the 100mm-travel 29er looks pretty damn similar to another sporty cross-country rocket, Scott's Spark. But while the Matador and Spark appear to be identical at first glance, there are many details that separate the Italian stallion and the Spark. The different tube shapes, especially up front, is the most obvious, but the rocker link and lower shock mount area are both different, too. Same goes for the geometry; it's close but not the same.

The wild looking Ursus Kodiak wheels are from Italy, just like Kerschbaumer, and he's also running the new XTR 9001 drivetrain that's slowly trickling out to racers. What you won't find, however, is a dropper, with Kerschbaumer choosing to tall-post it in Lenzerheide. 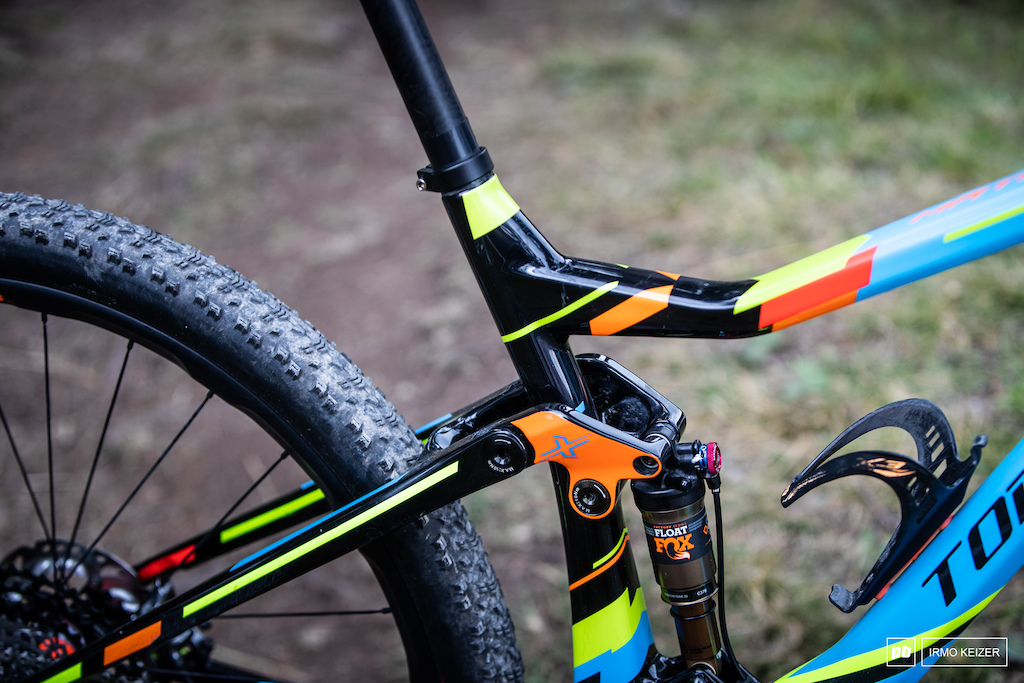 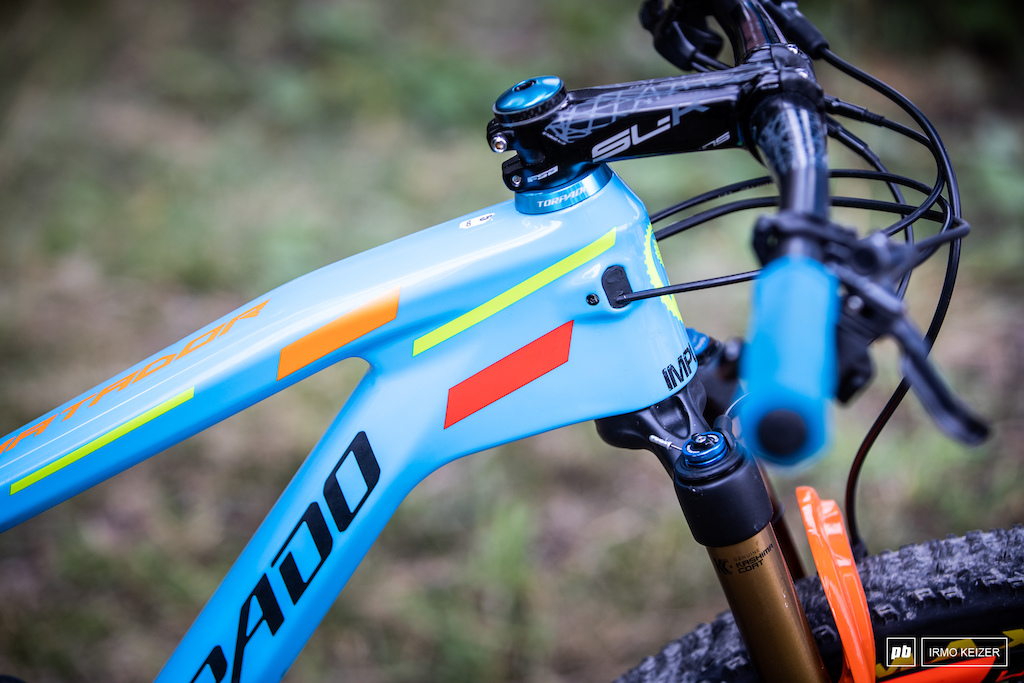 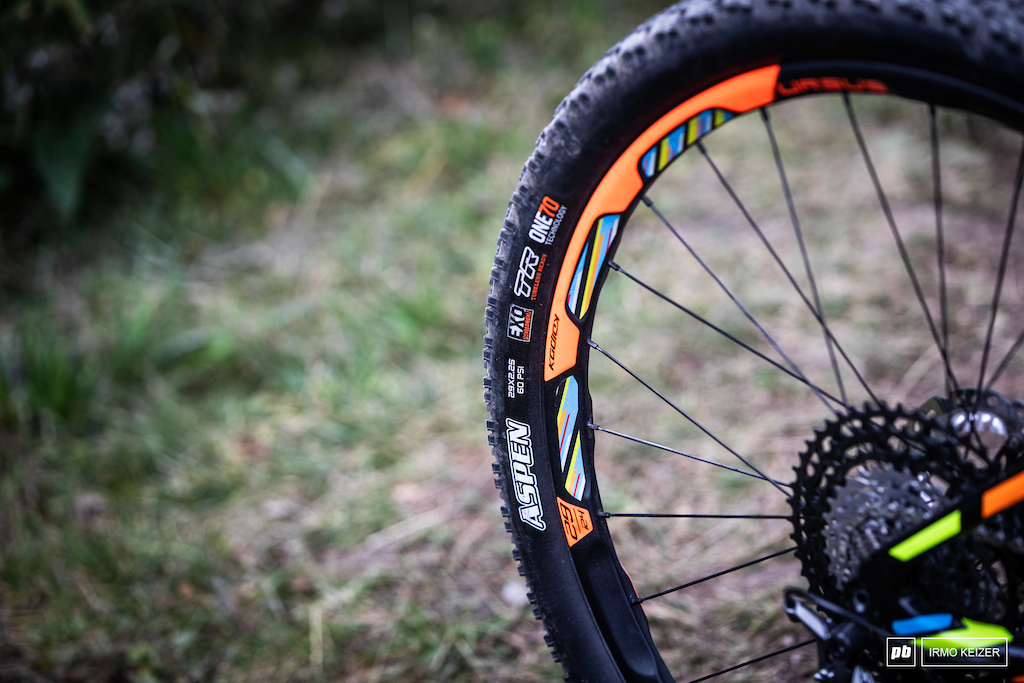 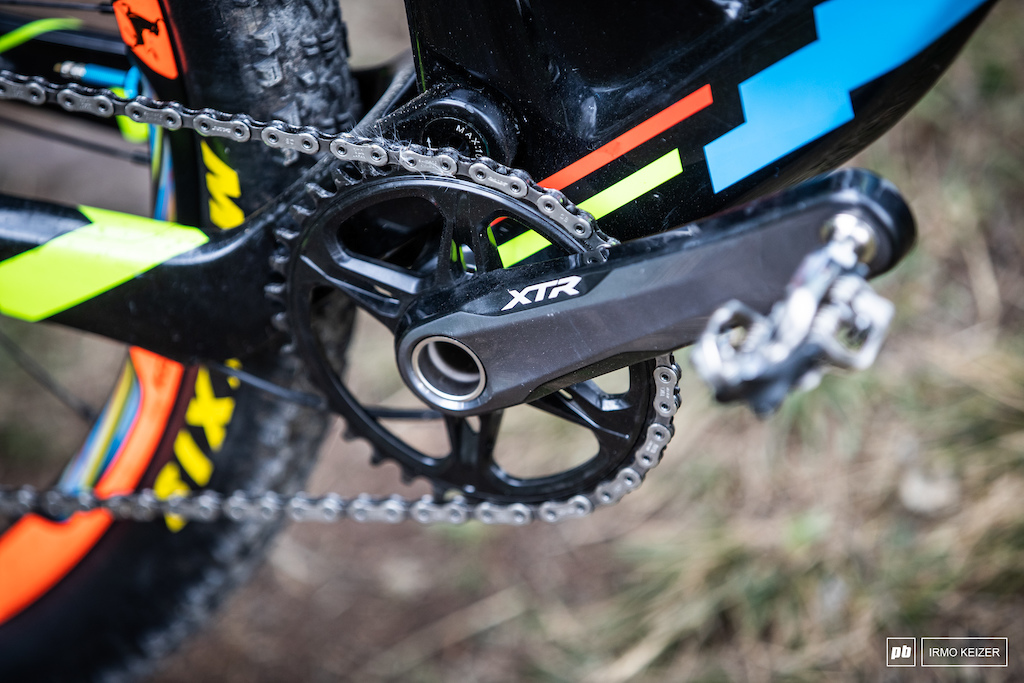 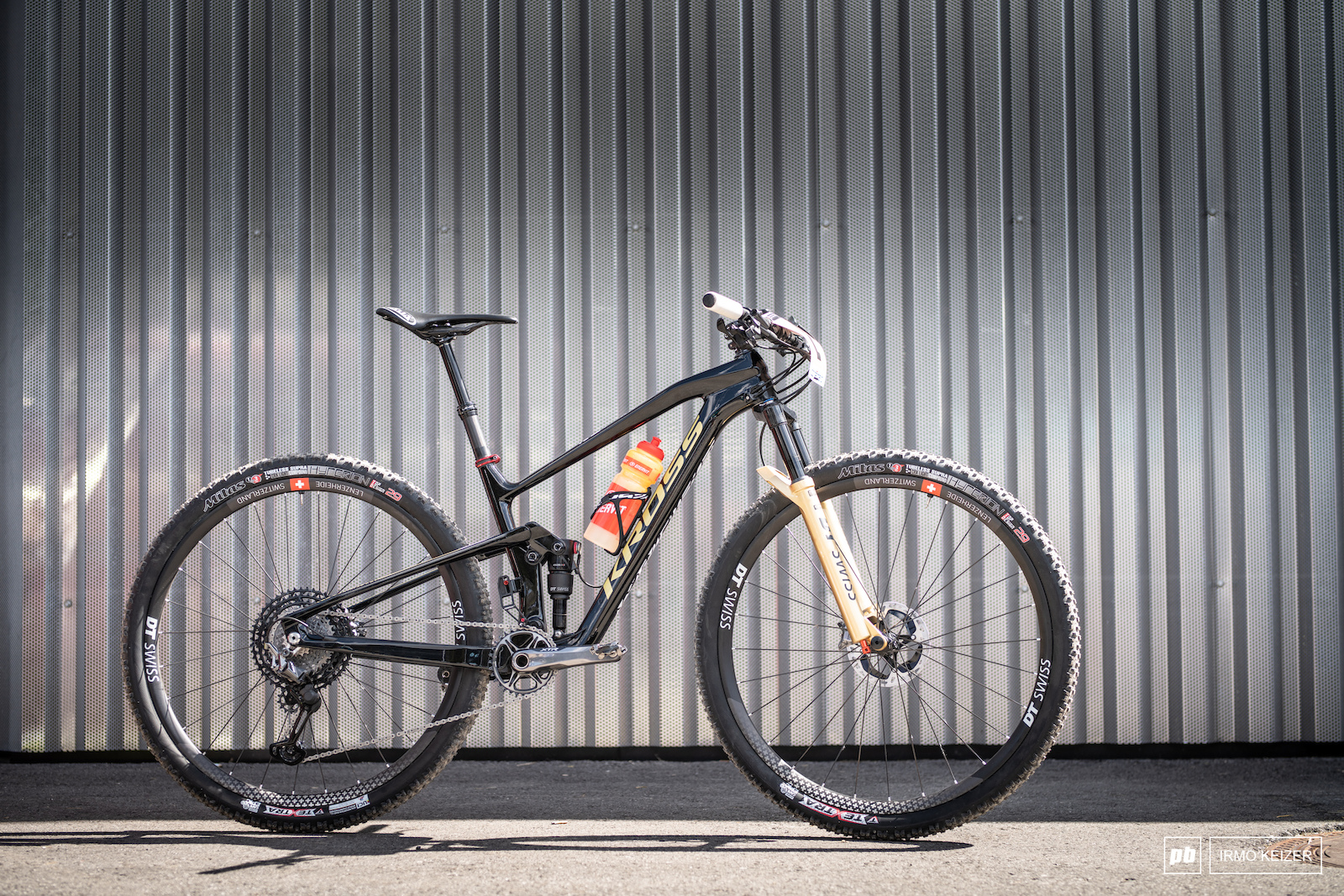 Kross' new Earth race bike makes another appearance under Maja Włoszczowska who's looking to add to her eight previous World Championship medals. She has two Olympic silvers at home as well, so it's safe to say that the Polish racer knows how to put it all on the line when it counts. The 100mm-travel Earth gets a special paint job and a mostly XTR 9001 drivetrain for Worlds, with the exception of the DT Swiss hubs that are at the center of her special edition XRC 1200 Spline 25 wheels.

Maja took the very minimal weight penalty in exchange for some assurance come race-day in the form of Ceetec's barely-there chain guide. And speaking of rarely seen components, check out her Mitas Hyperion Top Design tires. 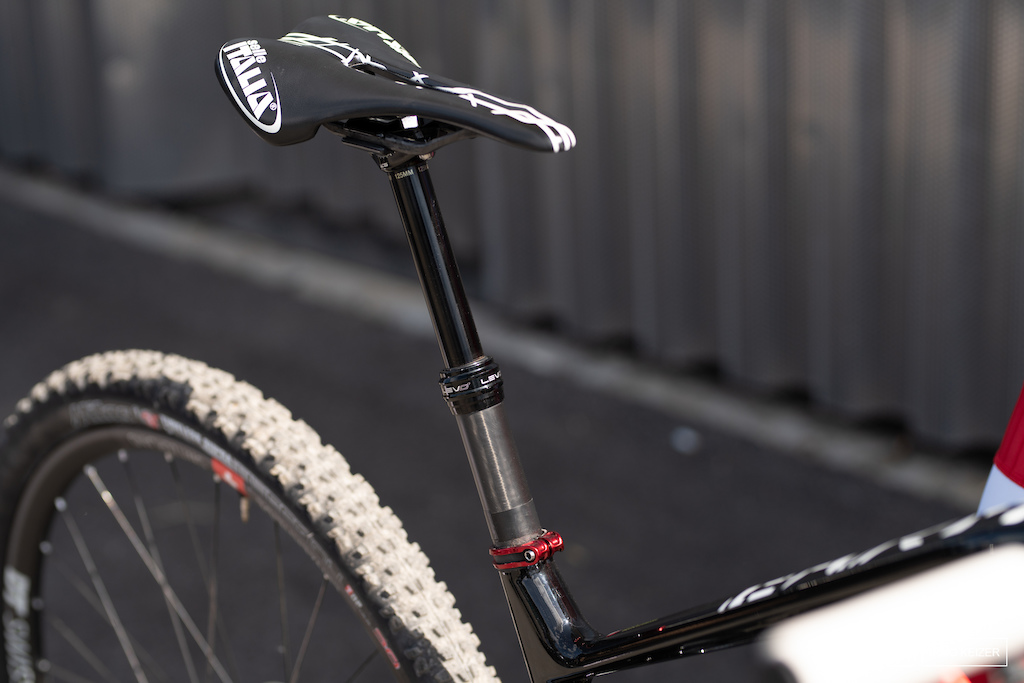 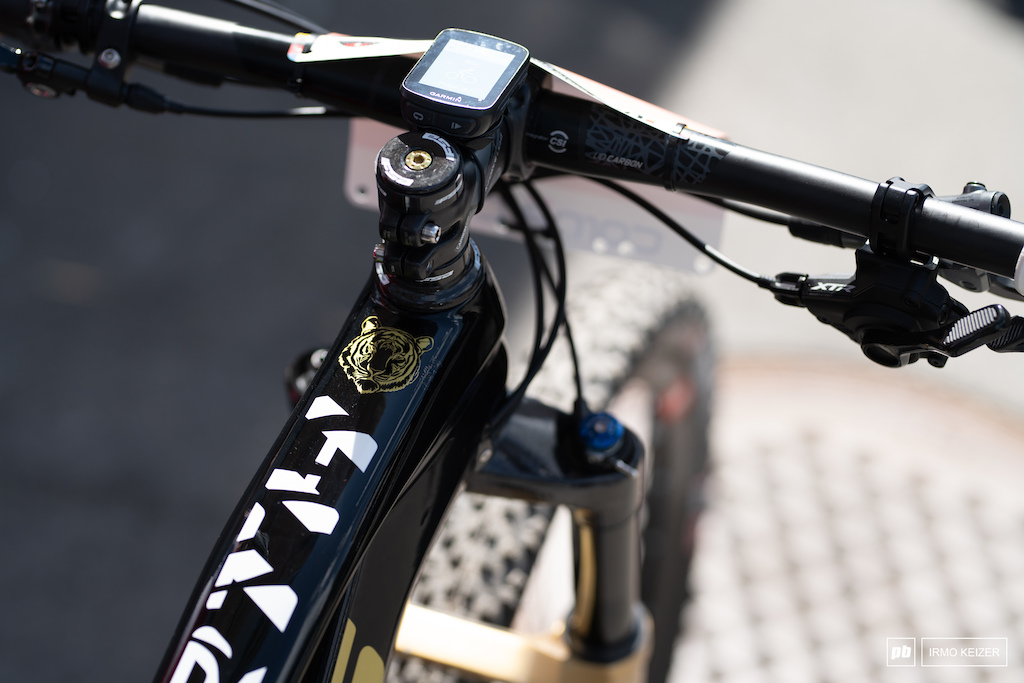 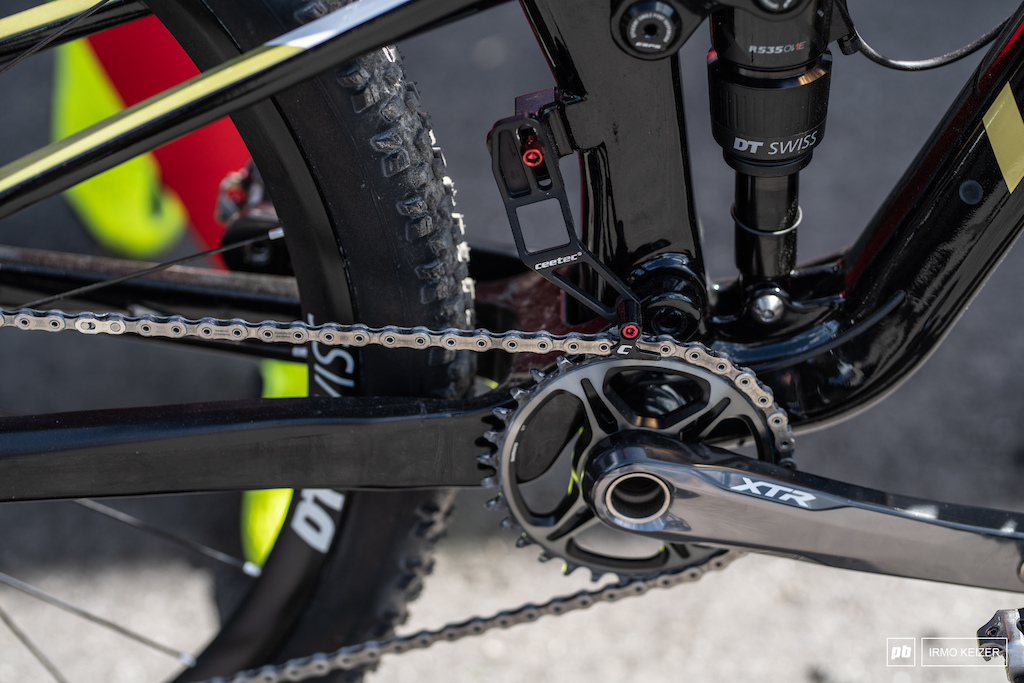 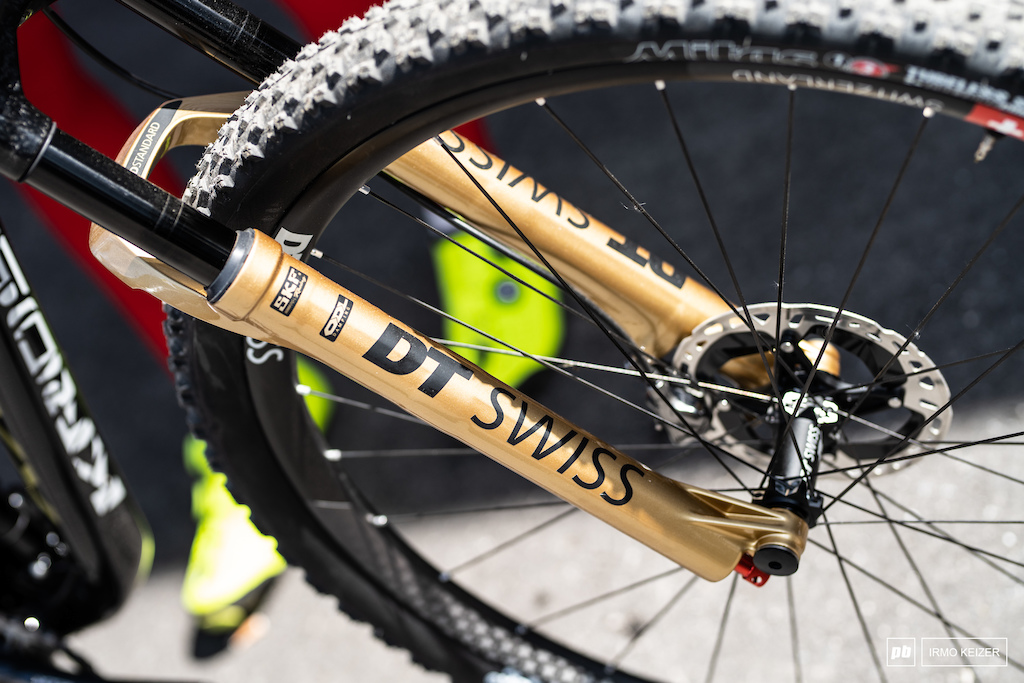 muyguapa (Sep 6, 2018 at 21:22)
Wow... Those are some of the burliest XC bikes I've ever seen. It's awesome that I've never heard of these brands. Please Pinkbike, more articles like these, instead of just featuring the big name brands all the time.

WAKIdesigns (Sep 7, 2018 at 1:39)
Italian brands are particularly good at ordering catalogue bikes and making huge story of race heritage about them. Or a "high quality" made in Italy wheelset company, running fkng Formula hubs and Alexrims. Then just add Pillar aero spokes and you are so fkng HQ. Come on... Then even biggest names like Pinarello make some sketchy layups and it is one of very few "so fkng elite" brands where saying that counterfeits from Ali Express aren't much worse, is true.

WAKIdesigns (Sep 7, 2018 at 4:19)
@martin737: Ferrari is a completely different story than elitist ambitions attached to riding and making freaking bicycles, where "performance" story is a pile of bullsht. I will save you repeating the stories of me being traumatized by visiting Garda Lake and the mix of Joeys, Dorks and bloody Pimps trying to out-cock each other with expensive and racey looking worthless gear and clothing. All fueled by raging andropause. This is the target group of those bike companies.

But they have the largest number of companies that handmade bikes in their own country... Fm Bike, Paduano, Nevi, Rewel, Cipollini, Sarto, Frm, Colango c60, Ancillotti etc etc. mostly small brands, but they all been around for a while.

As far as racing heritage... they pretty much invented bike racing as it is nowdays, 40% of road pro riders are still Italians. Never understood why they did not care about mtbiking, however they were a big name in the women field.

Lake of Garda is a notorious place for a*sholes... don’t be fooled, most of the people riding there are tourists form the uk and the states.

RedRedRe (Sep 6, 2018 at 21:39)
GK is not only an Olympian but also former U23 World Cup Champion and Rainbow Jersey. And very likely going to dethrone NS-forget VDP or any other names. Torpado has been around since the 1890’s, it was a big name in road cycling, multiple world championships. The paint job on his bike is the team colors, also available to public.

bikeinbih (Sep 6, 2018 at 23:58)
He can climb like an absolute beast but he needs to improve his technique to dethrone NS.

RedRedRe (Sep 7, 2018 at 6:09)
@bikeinbih: He set up the bike to work best going up hill. That is where you make the time. Look how low the bars are. Making the time going downhill is just a marketing thing. He was the best bike handler in the u23 field... don’t be fooled by red bull commenters.

matthewemay (Sep 7, 2018 at 6:40)
I don't see anything on the Torpado site that looks anything remotely similar to GK's bike. Am I in the wrong place? www.torpado.com/index.php

RedRedRe (Sep 7, 2018 at 16:42)
@bikeinbih: The few seconds you make on the downs are minutes on the up. If you remeber GK was considered one of the best U23 handlers.

Chingus-Dude (Sep 6, 2018 at 21:15)
Torpado is the only brand that looks like they put effort into painting xc race bikes

PinkyScar (Sep 6, 2018 at 21:32)
What caused Kerschbaumer's chain to fall off twice in La Bresse, and is the problem corrected now?

Becciu (Sep 7, 2018 at 0:52)
On the rest of the season Gerry was on the previous iteration on the groupset; since the bike hardly mount a chainguide, i think nothing's fixed.
To be fair, has nino's team fixed the chain snapping issues?

Bahh (Sep 6, 2018 at 21:52)
That Torpado is almost certainly a catalog bike from the factory that produces Cannondale, the cable guides/ports are IDENTICAL.

RedRedRe (Sep 6, 2018 at 22:10)
OMG maybe the cable ports are produced by a third party?
Please find the “catalog”... they also have two versions of the frame, a light and a superlight (similar to sc c and cc).

matthewemay (Sep 7, 2018 at 6:42)
@Tollef: Wow, that's it exactly. Combine that with the fact that the Torpado site doesn't show the Matador and I think you're spot on.

RedRedRe (Sep 7, 2018 at 9:25)
You guys are right.... I am surprised because they did design precious top-end bikes. To be fair, they did not claim anywhere the bike was designed in Italy. Maybe they have slightly different carbon layering, however it is what it is.

JoschRTE36 (Sep 7, 2018 at 7:18)
Torpado bike is not much different from the rest of year, but still very flashy! Maybe they decided to prepare for the Worlds from the beginning?! I really hope the new XTR can keep GK's chain in place!

vitality (Sep 7, 2018 at 6:00)
Sorry but where is promised custom bikes, on custom frames??
Anyone can repaint frame by pro painter and apply some stickers on rims.