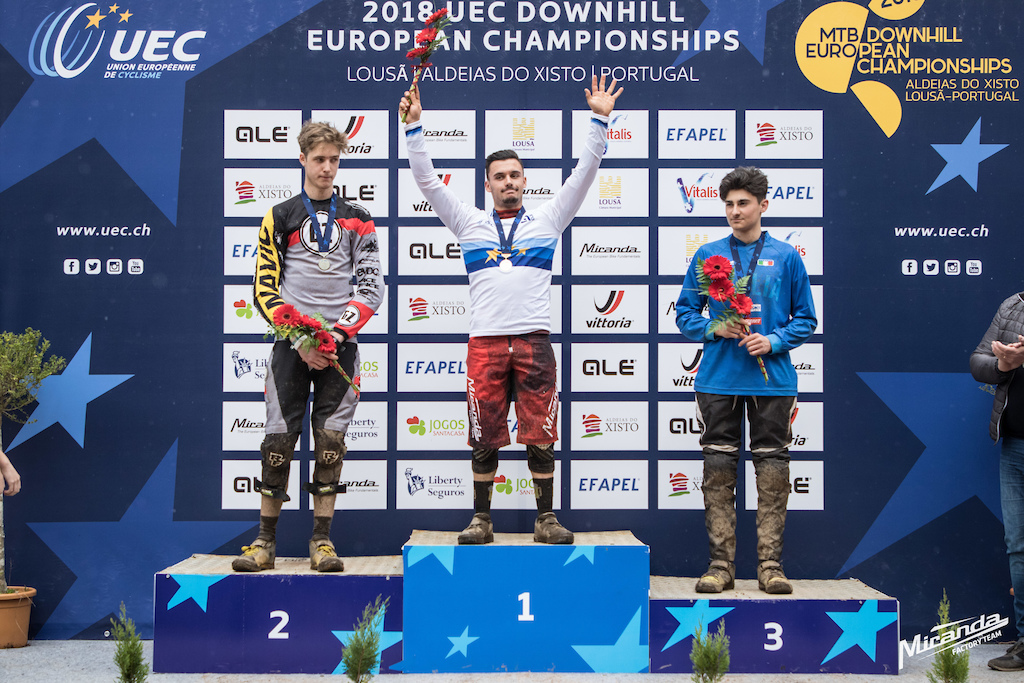 Tiago Ladeira is the new Junior Downhill European Champion. The victory of the Miranda Factory Team rider was confirmed last Sunday in Louzanpark, in Lousã, the region of Aldeias do Xisto. Vasco Bica, the other Miranda Factory Team rider at the championships was 13th in the elite category, in a race marked by the bad weather conditions, where rain, cold and strong wind stood out.

Tiago Ladeira had already proved his speed on Saturday, being the fastest junior rider on track during timed practice. "I trained a lot with my teammates, Gonçalo and Vasco, and despite a couple of crashes, the training session went pretty well." 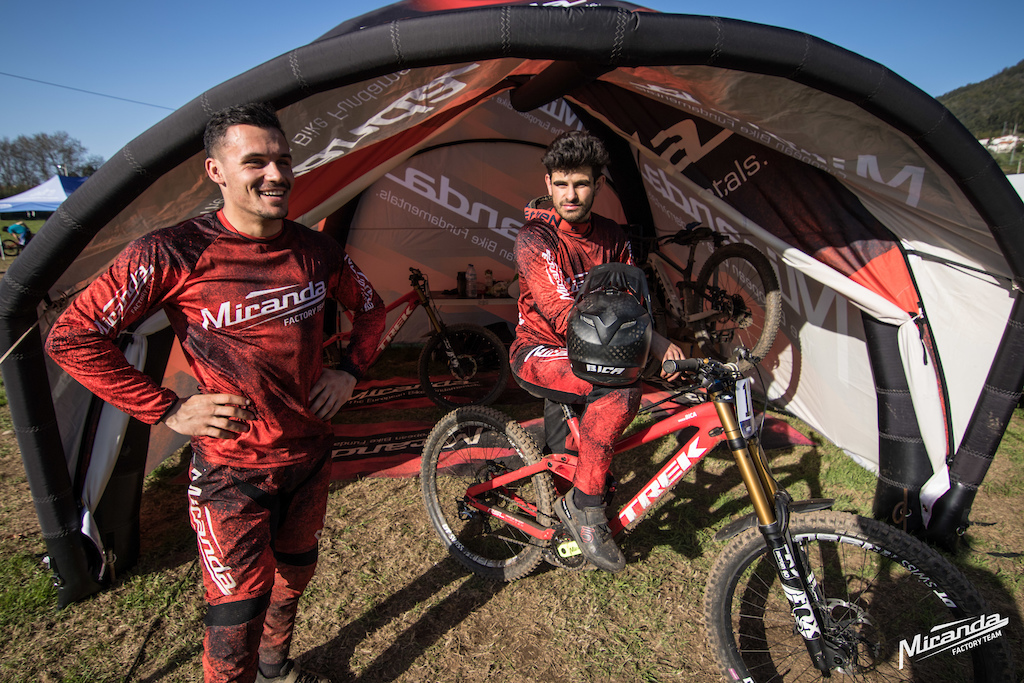 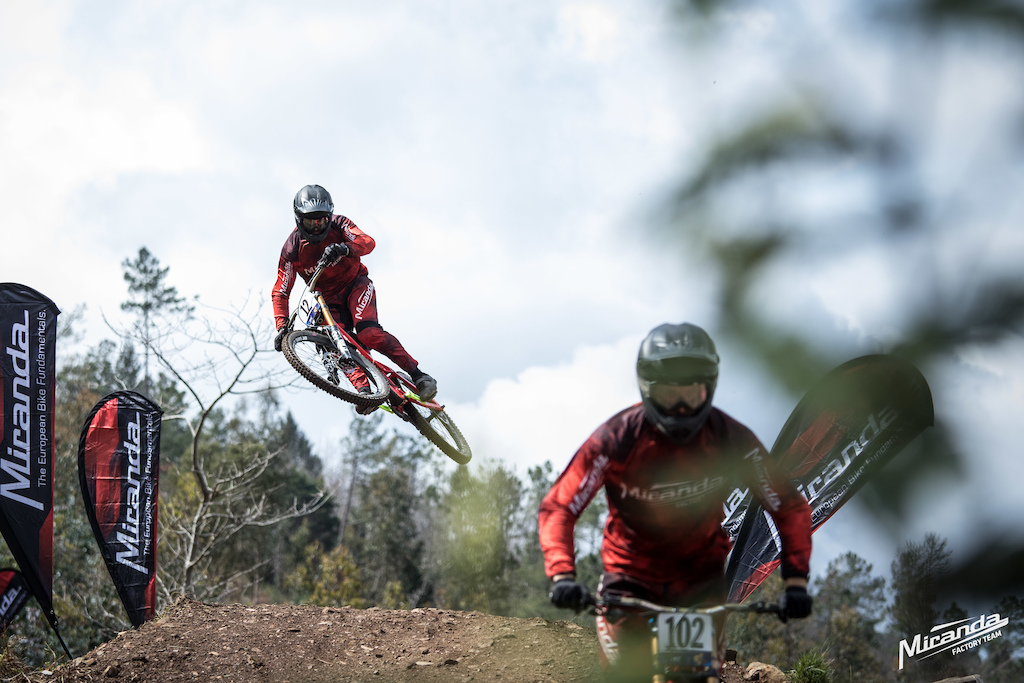 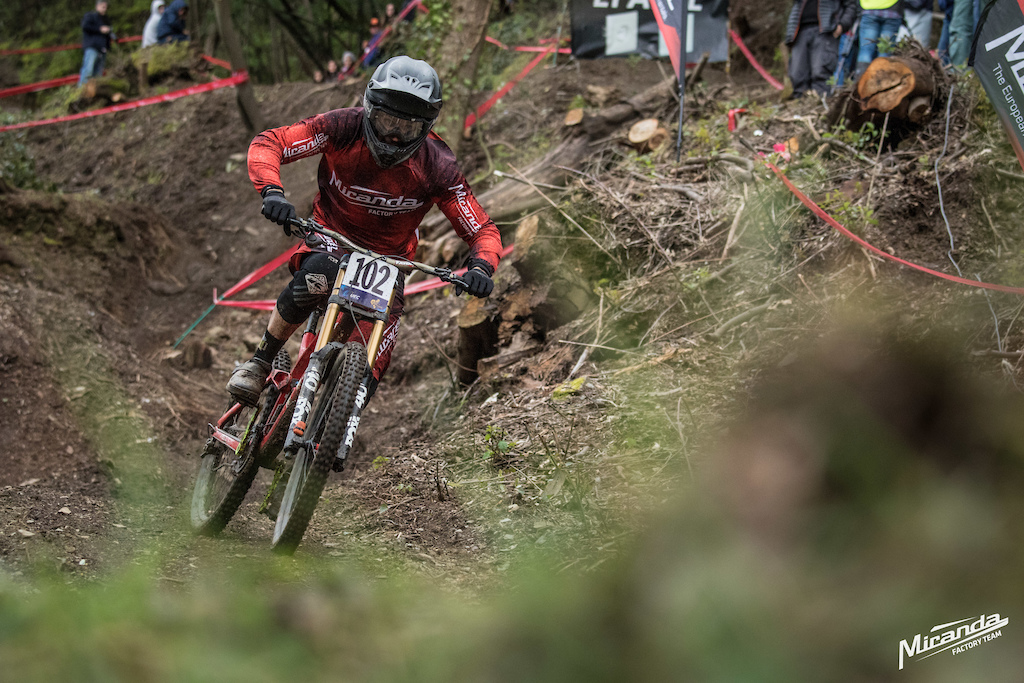 He qualified first on Saturday, trying to riding safely to make it to the race in perfect conditions. "In the finals, I tried to ride as the day before, but I feel like I didn't ride as I wanted. Nonetheless, I still knew that it was a good ride considering the weather conditions and it could be enough for the win. This is one of the happiest moments of my life and I certainly will not forget it. I am stoked." 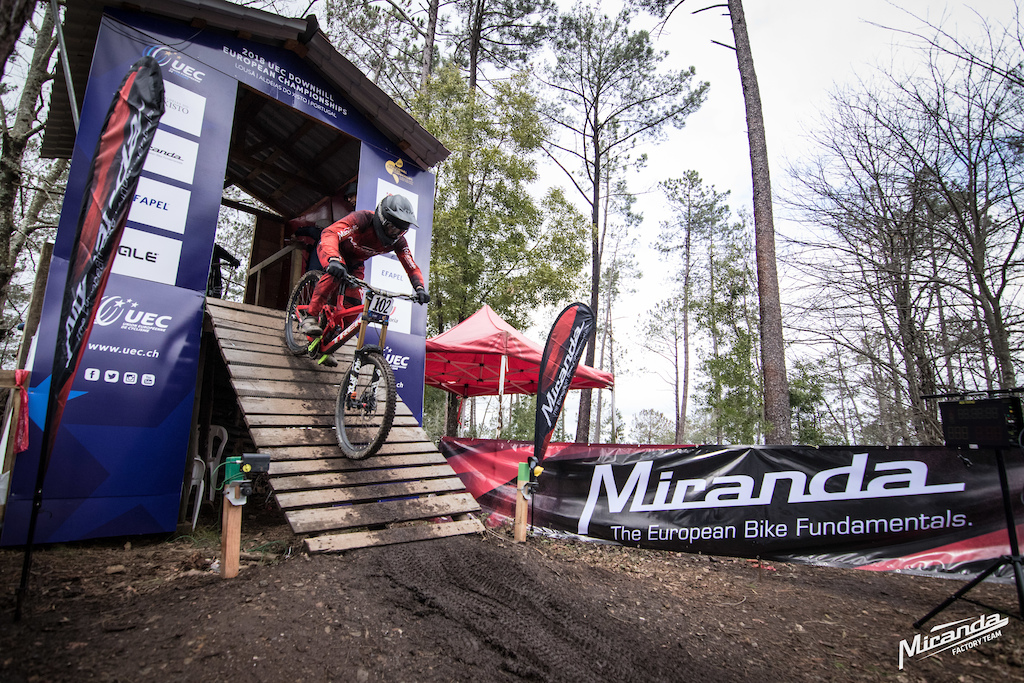 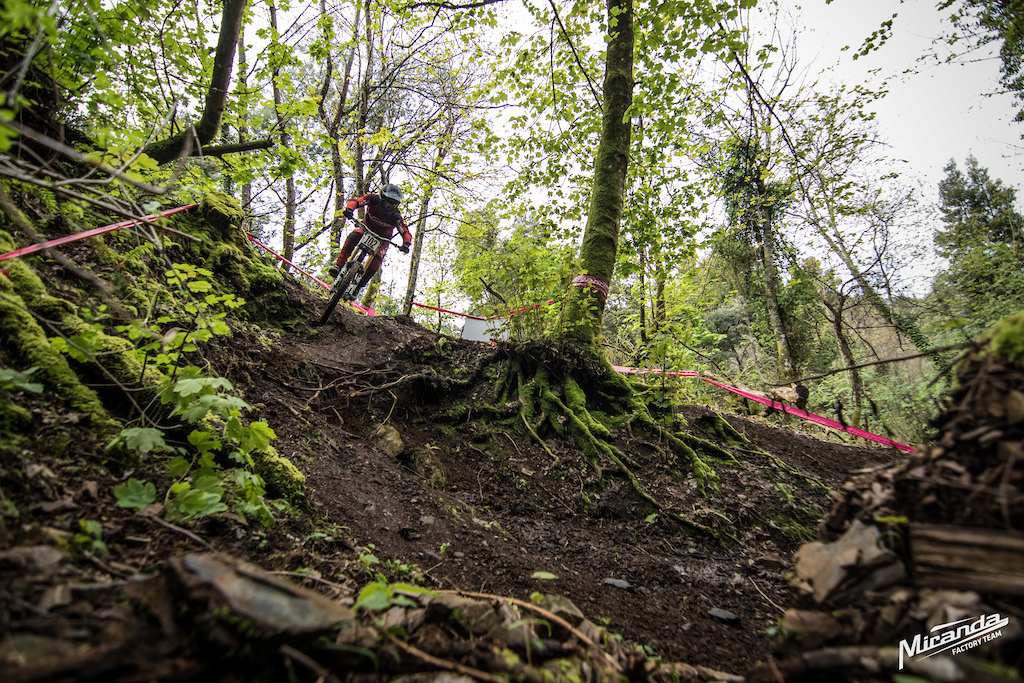 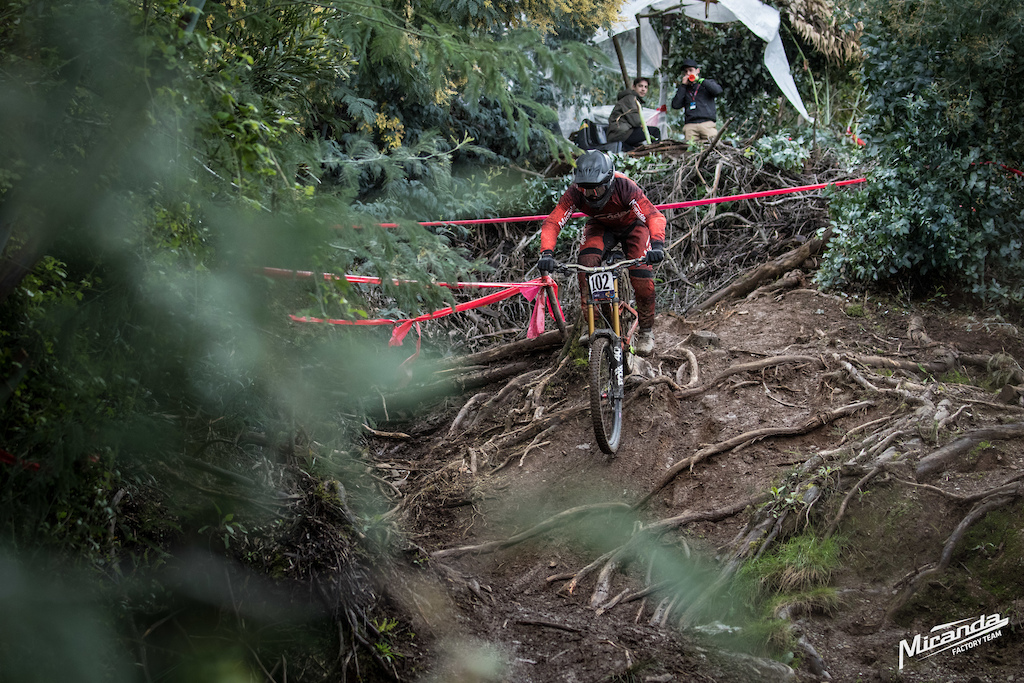 Vasco Bica commented that it wasn't a fortunate day for him: ''I rode down the track at the worst time of the day, when both wind and rain were hitting the hardest. The marshals stopped my run and I had to restart it. Already wet and tired, I had to go to the top of the track again warm up again and gather concentration.'' 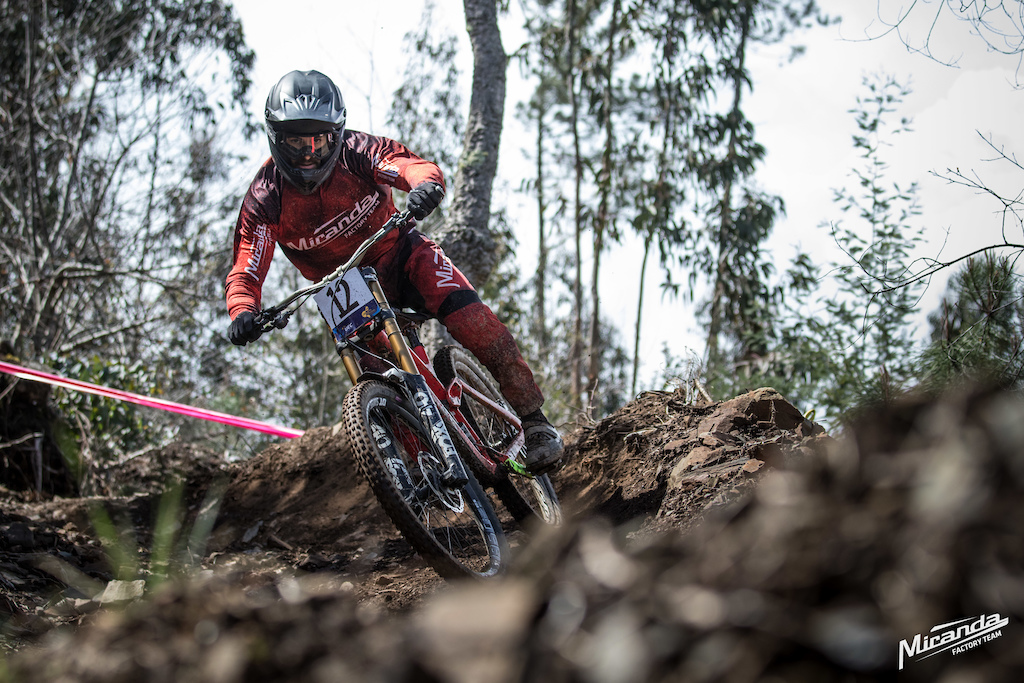 The elite finals coincided with a sudden gust of wind, leading to the closure the track for a while until the minimum conditions of safety were met again.

''When I dropped for the second time I was feeling drenched and heavy because of my wet clothes. Still, I managed to ride a more or less decent descent, close to the top 10. I made some mistakes but with the conditions out there, it was normal." 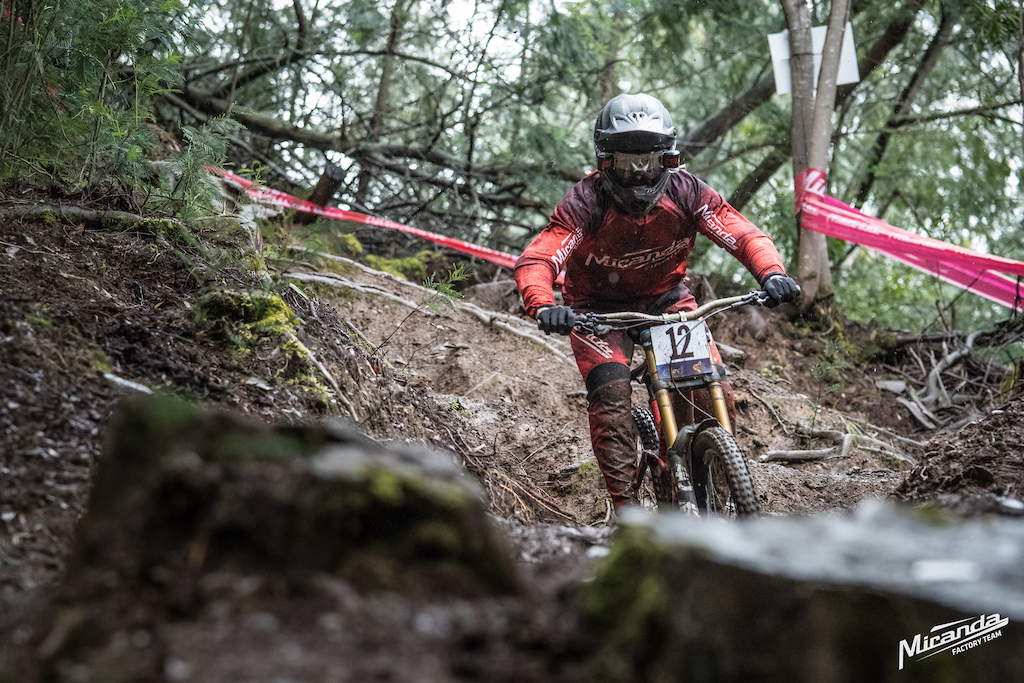 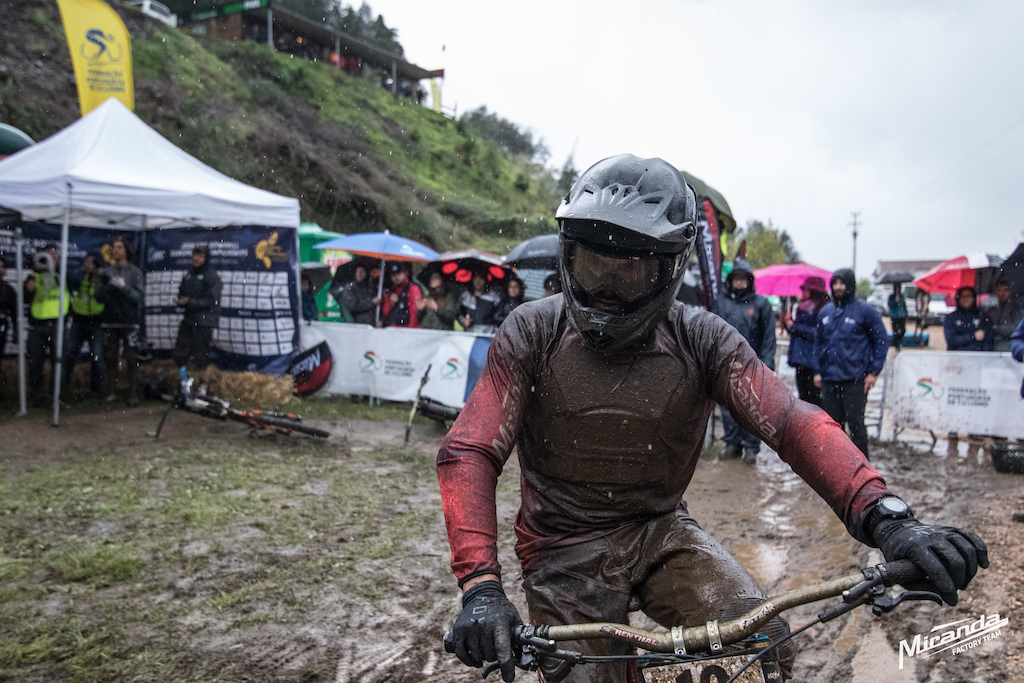 Last week the championships held at Louzanpark gathered about 200 athletes from 21 countries. The intense rain of last Friday made the famous Lousã track even more demanding. The Portuguese national team left the weekend with a successful record of six gold medals, two silver medals and one bronze medal.

The 2018 DHI European Championship was sponsored by Miranda Bike Parts, who powers the Miranda Factory Team. The Portuguese brand, one of the leaders in the international market in bicycle drivetrain components, launched its official team at the beginning of the season. Last weekend the team missed Gonçalo Bandeira at the race since he's still too young to race in the junior category. The DHI European Championship is part of the project Cycling Portugal Aldeias do Xisto and returns to Portugal in 2019, again with the organization of the Portuguese Cycling Federation.

The next stops for the Miranda Factory Team are the IXS Cup in Maribor and the Losijn UCI DH World Cup.

t-stoff (Apr 15, 2018 at 16:59)
We have come from an extreme drought to massive almost non stop daily heavy rain on the last couple of months.

joaoamaral66 (Apr 16, 2018 at 1:57)
Yep, fortunately for us we can ride on good conditions almost all year, which is just way more pleasant for riders, but doesn't really prepare you for when things get rowdy and FUBAR...