Video: Jesse Melamed Steps Out of His Comfort Zone to Hit One of Remy Metailler's Lines

Jesse has had the goal to tick off one of Remy Metalliers sketchier lines in Squamish since the very first time he saw it. At the time, the race season was just around the corner and it felt like the moment was right for Jesse to step up and out of his comfort zone!

Jesse spent a lot of time when he was younger freeride skiing so he has no problem mustering up the courage to send big features; which is evident if you ever ride with him! His approach is usually ‘more thinking is bad thinking.’ He has a good handle on his skills and knows when he is capable of something. He likes to act while his confidence is high and before any thoughts of how it could go wrong can enter his mind.

However, the two previous times he has looked at this drop, on casual rides, he couldn’t help but let the doubt creep in. 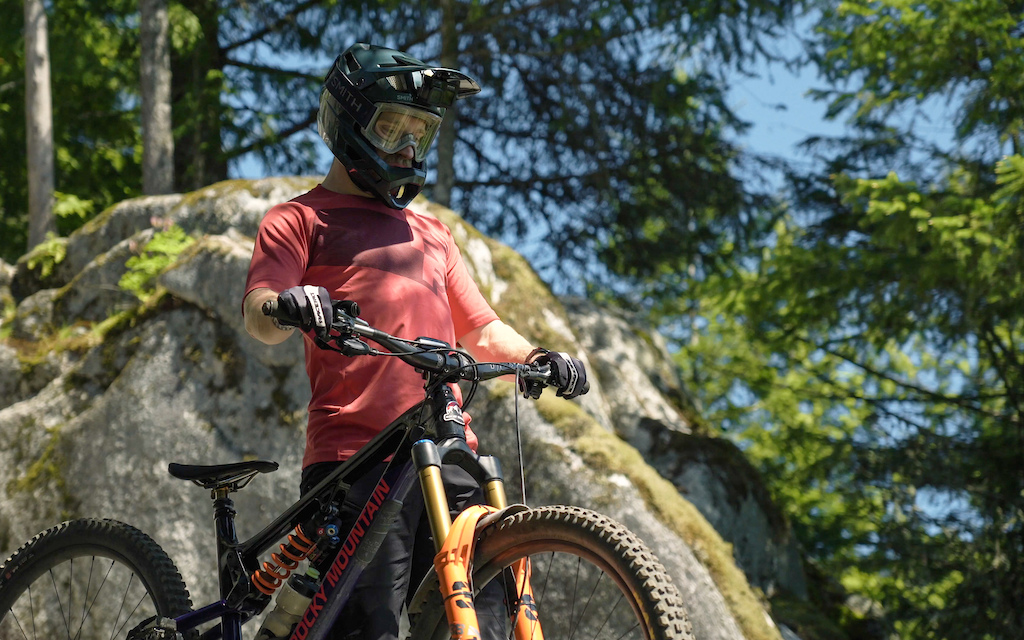 Jesse hips to the left better than the right, the runout hadn’t seen any work and there was a serious compression in the landing, and it was a blind take-off that required less than normal ‘pop.’ These issues are what Jesse considers unnatural to him. 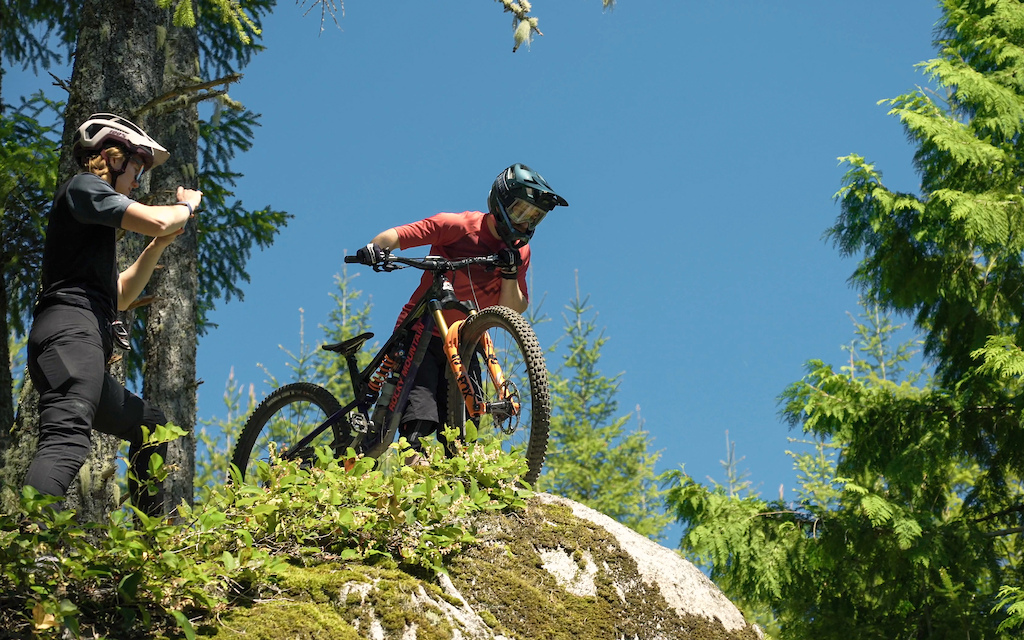 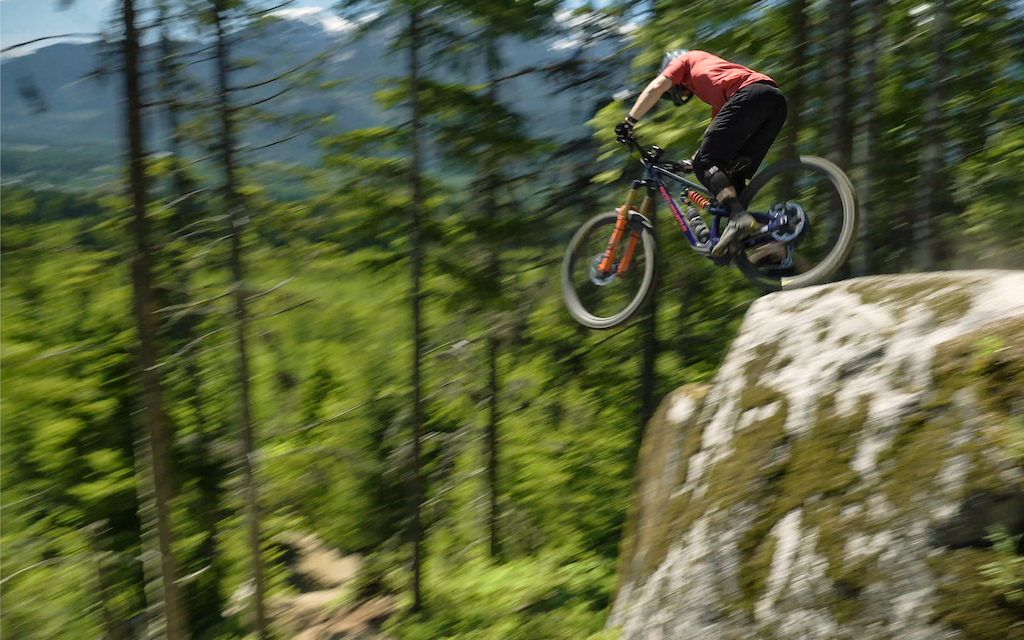 Look before you leap.
With Miranda going through a similar experience hitting Poacher and Brutus, both Remi and Miranda were excited to help get Jesse off the drop! We felt it was another chance for us to break down how you can safely progress and manage a feature that may be outside of your comfort zone.

Don't forget that for the first year of our channel, MGM Alternative will donate all the money generated from YouTube ad revenue to our local trail association SORCA. So by watching, liking and subscribing you’re in turn, helping out the trails that so many people enjoy!

Grunk (Jul 30, 2021 at 13:08)
It's honestly more interesting to watch 17mins of this than watch 3min of Semenuk nailing hit after hit flawlessly.

bravefart (Jul 31, 2021 at 15:22)
Absolutely. The insight shared into the mentality & psychology is invaluable

Enskafin (Aug 1, 2021 at 6:36)
Yup, these videos are much better than over edited, polished 2.56min video parts with slomo, fast cutting etc... I usually got bored to those after 1 minute. Jesse, Remi,Yoann and Steve are right now delivering best mtb videos

Bperd (Aug 2, 2021 at 1:08)
For sure! Made me realise that the thought process and fear evolution was exactly the same as mine on far lesser features. Good to know!

farmergilles (Aug 3, 2021 at 9:27)
@JesseMelamed:
It is a more natural video that we commonly see on Pinkbike and you face and share the pressure every rider put on themself when trying new line. Good to see that with what you achieved and injury you have commitment. + 1 for the Miranda Mojo

JesseMelamed (Jul 30, 2021 at 14:23)
The second was the sketchiest! In hindsight should have based the episode around that haha

alaskaskier (Jul 30, 2021 at 16:02)
@JesseMelamed: Super cool/honest view of the process! I'm curious if (on the first one) you use the mini-case to help control speed on the exit, or if that was just an (unintentional) artifact of changing the technique the second time around to match what you wanted to do on the final one?

used-couch-salesman (Jul 31, 2021 at 11:57)
This video really shows just how out there Remy is. Not to take anything away from Jesse but his trepidation (as one of the top enduro riders on the planet) in attempting this even with the benefit of seeing Remi do it on film from multiple angles gives you an idea of just how insane Remi is when he pioneers these lines. He's making educated guesses on angles, speed, hop or drop (?) with massive consequences for slight miscalculations.

jclnv (Jul 30, 2021 at 17:31)
I don’t think people think of you as a crash out or win guy anymore. If anything the opposite is the case considering how consistent you have been this and last year.

jjalessi (Jul 30, 2021 at 19:35)
Killer video Jesse! Such a breath of fresh air to see a rider with such talent going through the same mental anguish that the rest of us go through when stepping up to a new intimidating feature. Don’t pay attention to the keyboard warriors talking trash. They’re probably 150lbs overweight living in their parents basement covered in Cheeto dust. Keep pushing bromio!!!

nzstormer (Jul 30, 2021 at 15:13)
Well done! Such a gnarly move with big consequences. Do you ever get calls from Rocky saying please, please don't get hurt before the races? Or are they just stoked on the content?

Also what are you wearing on your right wrist?

foxinsocks (Jul 31, 2021 at 4:41)
Sweet, you even sound so stoked!
As you get a better and more experienced riders, getting that buzz of accomplishment and excitement gets so much tougher. Its so cool to see even top level pros like you, Jesse, have their doubts and inside process. It really is something thats not often shown to us mortals

WoodenCrow (Jul 30, 2021 at 19:21)
I can't imagine how big those look in real life. Very cool to hear you break down the process.. and show the sketchiness of climbing back up carrying bike! Well done

jayacheess (Jul 31, 2021 at 15:24)
They're way more intimidating in real life, for sure. Just the double rock roll that the drop is based around is a huge feature.

WelshClemo (Jul 31, 2021 at 1:56)
Only half way through and love this video- will never ride anything this gnarly but great to see how you overcome your fear in a sensible way. Key is that J knows he can technically do it but has to get his mental side to agree

TARTARA (Aug 7, 2021 at 1:06)
@sonuvagun:
Take a look of the first photo,
in this article, and then tell me,
if it is fair or not !?
m.pinkbike.com/news/poll-once-and-for-all-how-much-should-a-bike-weigh.html