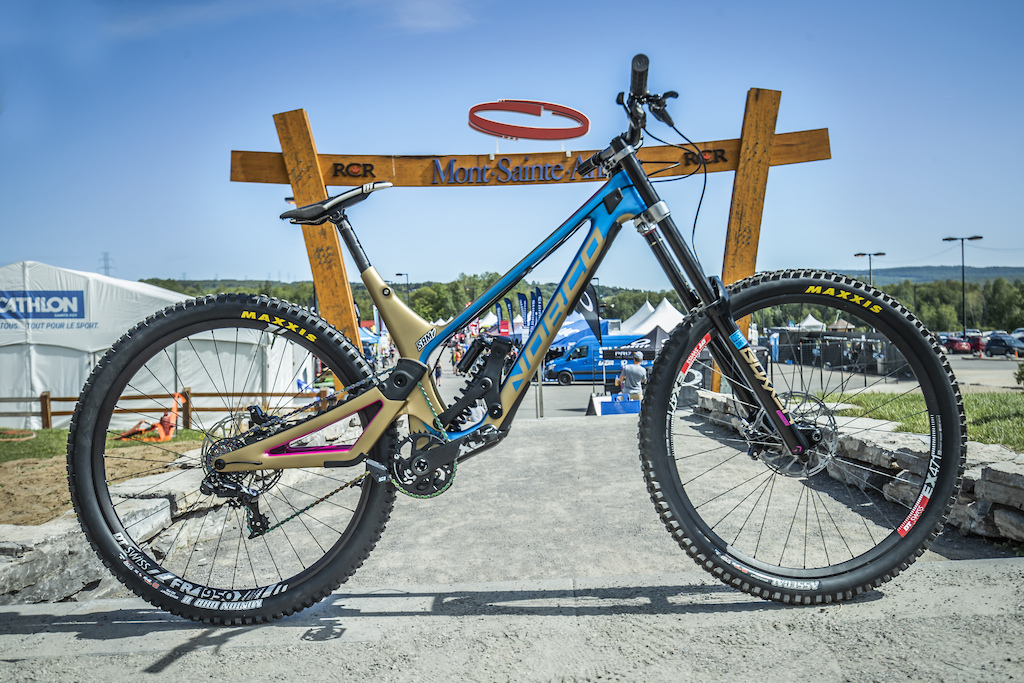 Heading into the 2019 UCI World Championships in Mont-Sainte-Anne, Quebec, this weekend, the Norco Factory Downhill Team got to unwrap fresh Aurum HSP's with a custom colourway for the occasion.


The inspiration for the new look came from a 1993 Norco Vipor ZTS, which was a very early attempt at what you might call “high single pivot” mountain bikes. The Vipor ZTS never made it into production, but a built-up model has been on display in the Norco office for quite some time. When the new Aurum HSP was introduced, it was inevitable that at some point we would pay homage to the throwback ride that never quite made it out the door. 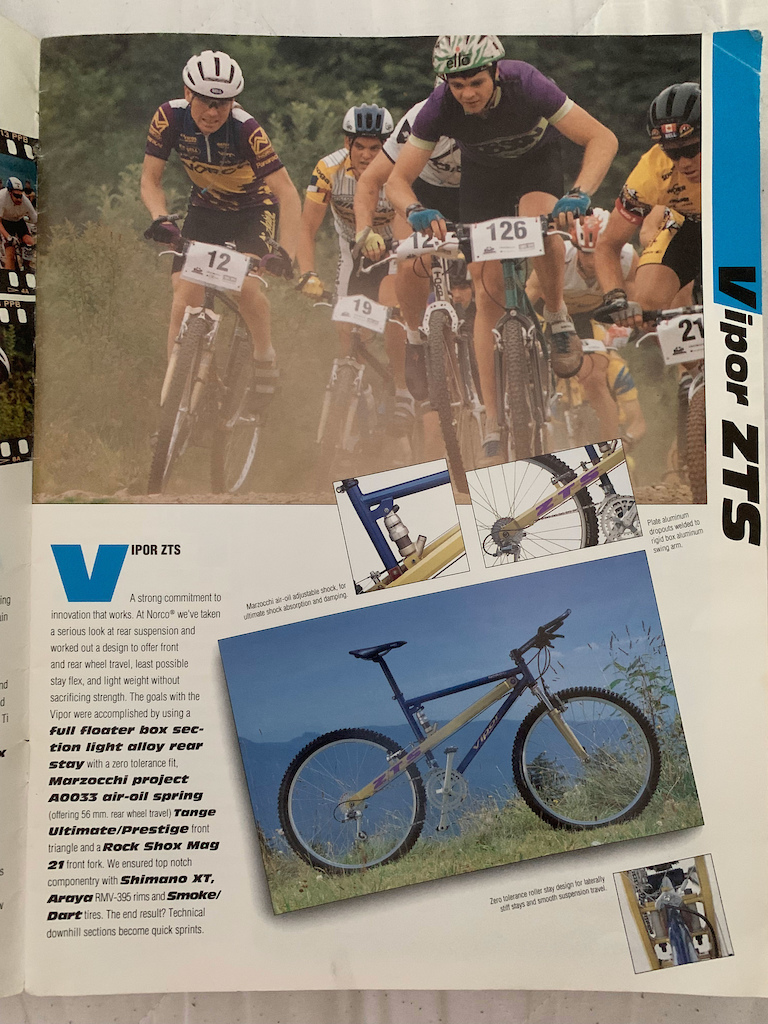 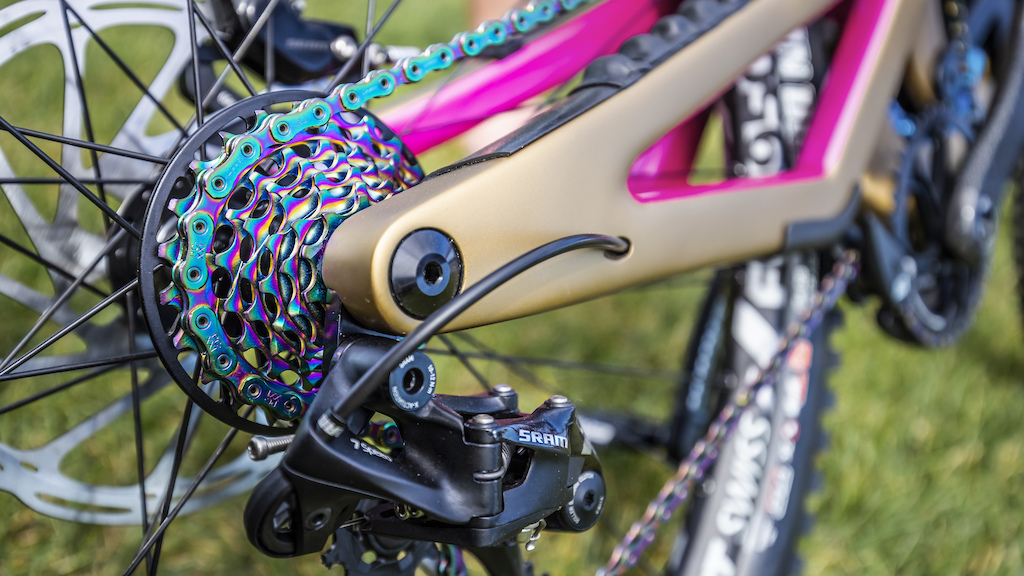 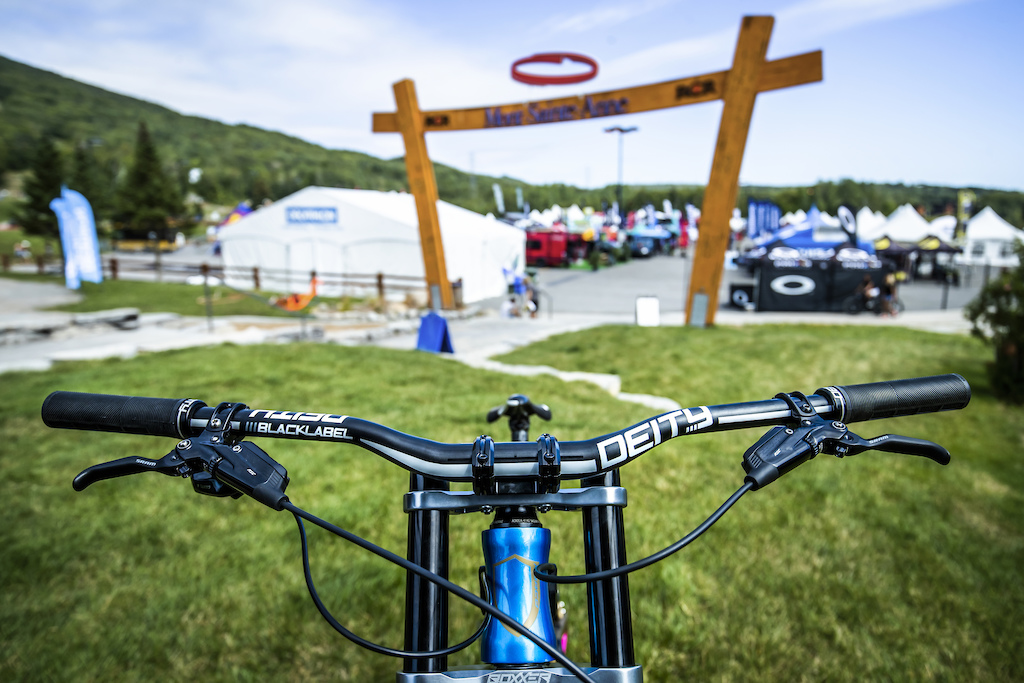 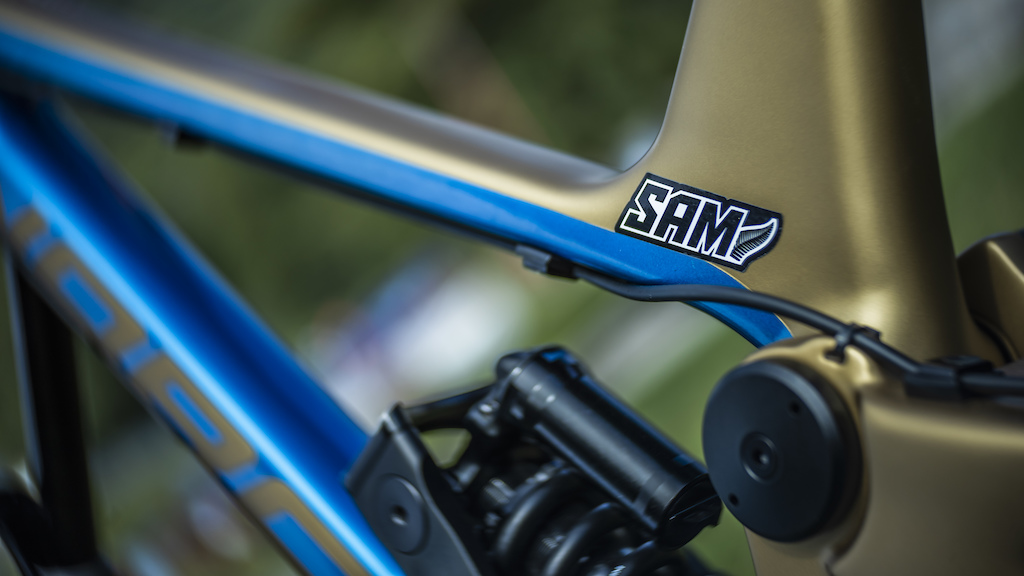 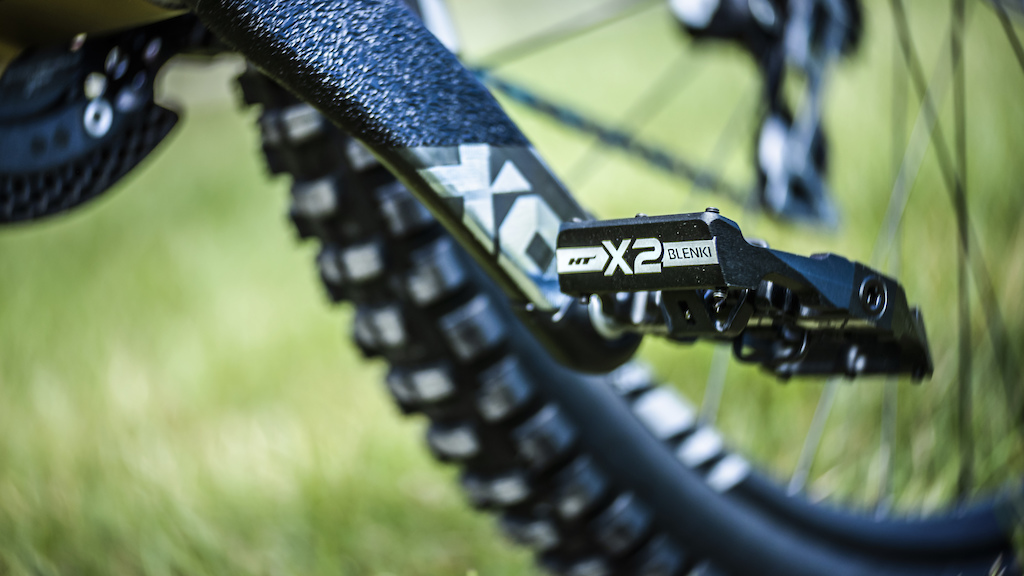 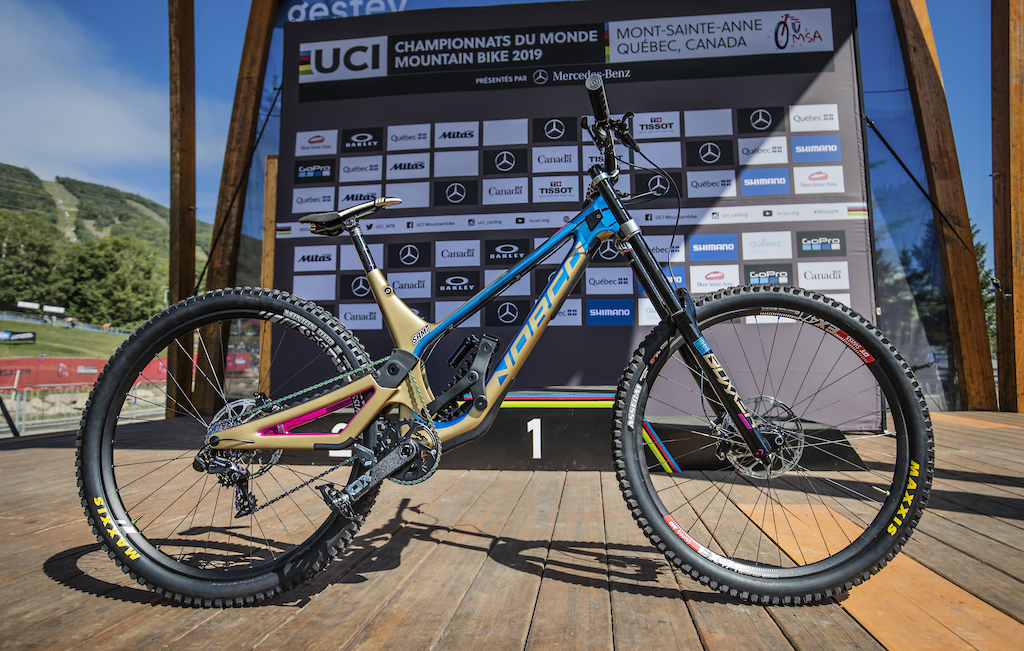 gdharries (Aug 29, 2019 at 19:15)
Woah. That's a real beauty. I look fondly upon those crazy experimental years for full-suspension mountain bikes. Most were really bad designs (maybe all of them actually, thinking back) but I still love the pure creativity and originality expressed.

DavidGuerra (Aug 29, 2019 at 14:44)
Holy shit. Is the Zipor ZTS the flexiest bike ever? It does look interesting in a purely aesthetical sense, but doesn't look like it survives being ridden.

southoftheborder (Aug 29, 2019 at 18:36)
The Trek 9000 was flexier and broke a lot more often. The Vipor seems to have been built after learning from the mistakes if those early Treks.

DavidGuerra (Aug 30, 2019 at 6:01)
@southoftheborder: The trek looks equally fragile (or heavy) but I don't know what rigidity can be had on the Zipor with the rear axle being that far from the pivot.

mammal (Aug 29, 2019 at 14:51)
The stay might not flex much itself, but with the pivot being as far away from the wheel as possible... well, good luck with tracking straight. That "zero tolerance fit" would certainly be required (although impossible to manufacture).

theredbike (Aug 30, 2019 at 9:29)
@mammal: It has a block of wood with a roller on it. Literally a block of wood. You want a tighter fit? new wood block. Looser fit? some sand paper. I like this design

mammal (Aug 30, 2019 at 12:14)
@theredbike: Wow, it appears you are correct. I didn't notice that. I "wood" think that the consistency of the material be an issue (wood compresses, wears, and swells in the wet), but certainly an interesting design choice. Almost as if the bike wasn't really meant for production.

theredbike (Aug 30, 2019 at 14:18)
@mammal: I think it was more testing the idea of FS more than anything because its one of the first. I actually saw this bike and it was more of a masonite than a block of wood but still wood. It also has a shock mount at the bottom because they thought they might end up using a pull shock. I imagine there were so many unknown variables at the time.

mammal (Aug 30, 2019 at 14:55)
@theredbike: No doubt, no doubt. I can definitely see why most buyers were happy to stick with hard tails in the early trials and tribulations of rear suspension.

Unrelated: I can't help but wonder if that's Andrew Shandro with the #19 plate in the picture. Looks a lot like him, and he raced everything in those days.

endlessblockades (Aug 29, 2019 at 15:09)
Bars are a tough canvas to work with.After decades of experience even Renthal has questionable graphics. What is an example of bar graphics that you like? Not tying to troll you - just interested.

shredright (Aug 29, 2019 at 15:19)
I'm running Chromag Fubars OSX at the moment. Black and dark grey. I really like them, but even on those the grey is slightly too dark. I agree about Renthals.. They could improve the 'Fatbar' part in white. It doesn't work that well. The black Sunline V1 745 bars looked great, and also the Answer Pro Tapers years ago, but that was then haha

rrolly (Aug 30, 2019 at 7:41)
@endlessblockades: either go simple or humourous. Solid colour, or a pinstripe, for simple. Flames for funny.