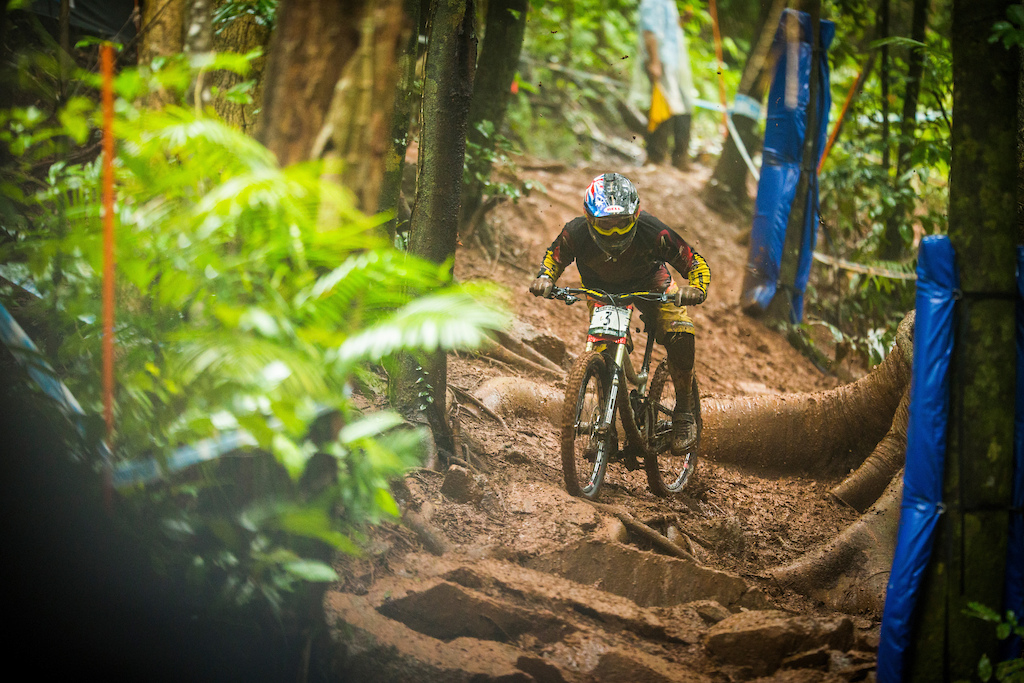 Photographer: Tim Bardsley-Smith
It’s been five years since we added a new stop to its World Tour (Innsbruck joined the party in 2017). Today, a new fourth stop was unveiled.


We’re stoked to announce that starting in 2022, the ultimate experience in mountain biking will have a new home in Cairns, Australia.


With the announcement of Cairns’ addition, the full 2022 Crankworx World Tour is now locked and loaded.

Those keen for their first taste of what Crankworx Cairns has to offer should stay tuned here: https://www.crankworx.com/festival/cairns 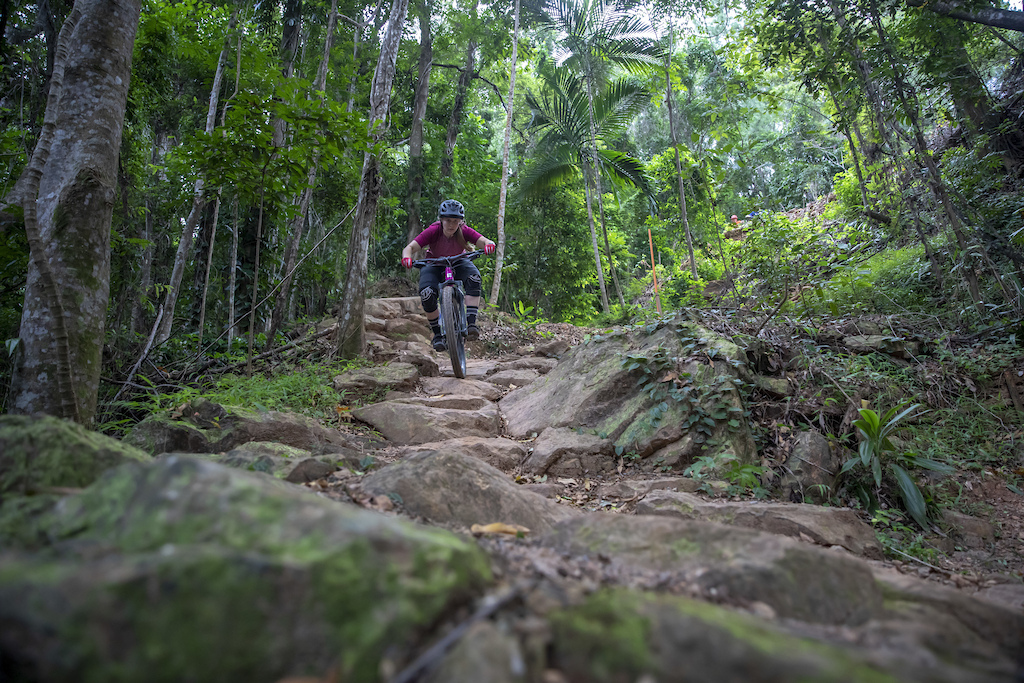 Crankworx Cairns will take place at Smithfield, hailed as the highest profile rainforest trail system in the world, the site of the 2017 World Champs, and the only place in the world where mountain bikers can ride alongside two World Heritage areas.

When it comes to competition, the festival will bring together elite competition, amateur and CWNEXT racing, and Kidsworx events. Add to that a vibrant expo and festival vibe, and Cairns will be the place to be come October to ride bikes with mates, old and new, watch the best in the world throw down, and experience some choice Aussie hospitality and good times. 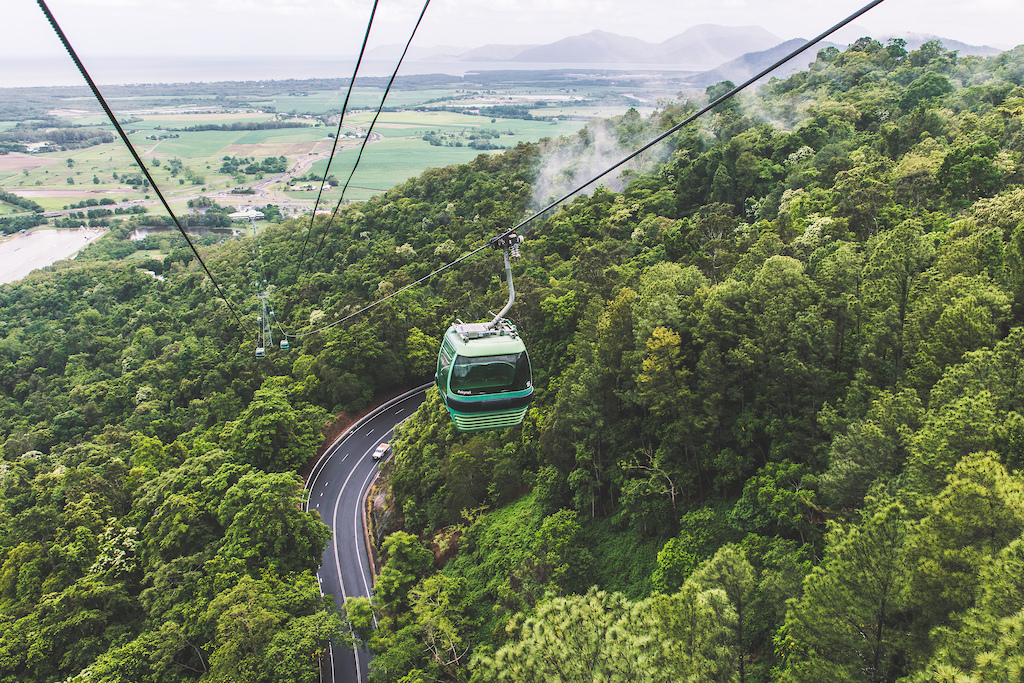 Skyrail Rainforest Cableway
Cairns born and bred Mick Hannah, who’s been a mainstay on the Crankworx scene since the festival’s earliest days, shared his stoke ahead of the newest World Tour stop.


Events in the works include Slopestyle, Downhill, Dual Slalom, Speed & Style, Pump Track, and Whip-Off, among others.

Racing action at Crankworx Cairns, as well as at all other stops on the 2022 Crankworx World Tour, will be available live and on demand on Red Bull TV.

She’s gonna be a beaut.

Athletes: watch for event details in the coming months, with registration set to go live in July.

Fans: fire up the group text (“Crankworx. Cairns. October. In?”), put in your time off request, book your hotel, and heck, take some inspo from Cam McCaul and figure out where the heck you stored your snorkel gear. Tickets for spectators will be released later in the year.

Crankworx Cairns 2022 will be the first of three years of the festival in the coastal Queensland city, with the event running through 2024.

Stay up to date with all things Crankworx: https://www.crankworx.com/

formerbmxguy (Apr 27, 2022 at 5:38)
Wow, I was almost positive that Bentonville would've been the unannounced Crankworx stop. Especially after their most recent RedBull Rampaved event last week Wednesday.

utrider (Apr 27, 2022 at 5:26)
This is cool. I wish they would do the Southern Hemisphere stops during the Northerns mid winter.

constantly-broken (Apr 27, 2022 at 19:27)
Great to see Australia score a round of Crankworks, but, Cairns, that time of year? Best the competitors switch to Kayaking because every event will be pushed back due to rain. Dont get me wrong, Cairns is awesome, but at that time of year, there are other venues in Oz where it wont be as humid (we are talking 80%+ daily) and that wont be threatend by the constant threat of afternoon storms that will dump 100+mm of rain in a 2 hour period.
Oh, and the dates also clash with Sea Otter Oz in Canberra, so thats awesome event planning right there!

harwox (Apr 27, 2022 at 21:03)
The humidity and rain doesnt kick in for another month or so. This is actually a good time of year to be up there (without cutting into the northern hemisphere summer).

Sea Otter is already postponed to 2023 so date clash is not an issue.

October is a ripper time of year in Cairns - relative humidity is in the mid 50% range, and heaviest rainfall in October 2021 was 5mm, and that represented 70% of all the rain in the whole month!

Also the seas are free from stingers!

paddonq (Apr 28, 2022 at 21:35)
Nah mate, late November through to about April is when you expect the wet weather here in Cairns. Usually pretty darn good outside of that. Going to be a ripper!

dropperposter (May 2, 2022 at 0:30)
Me and many other riders here hope Innsbruck cancels Crankworx.

While the Event itself is cool, the City has so much troubles since a couple years with Mountainbikers.

In Austria, Mountainbiking is legally only allowed on designated Fireroads or Shared Trails due to Insurance and landowner liability issues.

And Innsbruck currently has only one (!) official Trail (AAT) outside Mutterer Alm were Crankworx is hosted. the other one on Nordkette is closed.

There are countless problems with Landlords stepping up against Mountainbiking, as illegal Trails being shredded into their Lands.

Riders getting reported to Police or Hunter / Forest Departement (in Austria state certified supervisory Hunters or Forest Officials can stop and report illegal Riders and report them to Police which can cost up to 750 EUR fines). Hikers at times report Bikers on Trails too, or you run into Arguments.

The one legal Arzler Alm Trail (AAT) sees up to 60.000 runs per Season, with Rider waiting lines of up to half an hour. An estimated 25000 (student) Enduro riders plus Locals live in the City, and have virtually no place / trails to ride / train legally.
Next stop is Bike Republic Soelden at Oetztal 1-1/2h hours away where they can ride/train.

The very MTB friendly state forest authority which subsidies trail projects (in Tyrol if you have a trail project agreed to by a Tourism Board etc, State of Tyrol finances 50% of the Build and Maintain Costs), however tries hard to get more shared trails legalized and trail projects realized, but more and more land owners object as trails are being shredded instantly. bikepark riding style on public shared hiking trails does not work but the majority of riders doesn’t care and shreds.

and the many existing partly very steep hiking trails around the city are deteriorating rapidly as they are being shredded as well, destroyed by riders which do not care about these century old trails which are maintained by volunteers by the local summit club (alpenverein).
it’s a big mess.

and so Crankworx in Innsbruck is actually and sadly a big Joke. it needs to be postponed until the City and the surrounding Villages get a legal riding network together. which is hard work and many meetings with landowners.

the big Money used for Crankworx in Innsbruck should instead go into funding professional trail maintenance, ride awareness programs, ride training programs to reach riders how to ride trails trailsafe.

Until then we as Locals and riders see no benefit at all.

misteraustin (Apr 27, 2022 at 5:45)
That first picture racing in that mud looks terrifying

plyawn (Apr 27, 2022 at 10:23)
Sorry, non-Aussies lack the physiological adaptation to get that nasally of a sound

danielfloyd (Apr 27, 2022 at 5:54)
I don't think Utah has a bike park that could support Crankworx. Maybe Woodward Park City, but that's about it. Plus, by October there could be snow up there, so that's probably not the best option.