The human-canine bond is one of the strongest on the planet. With a single word or gesture, dogs can emotionally connect through daily rituals like playing fetch or going for a quick ride on the backyard trails. 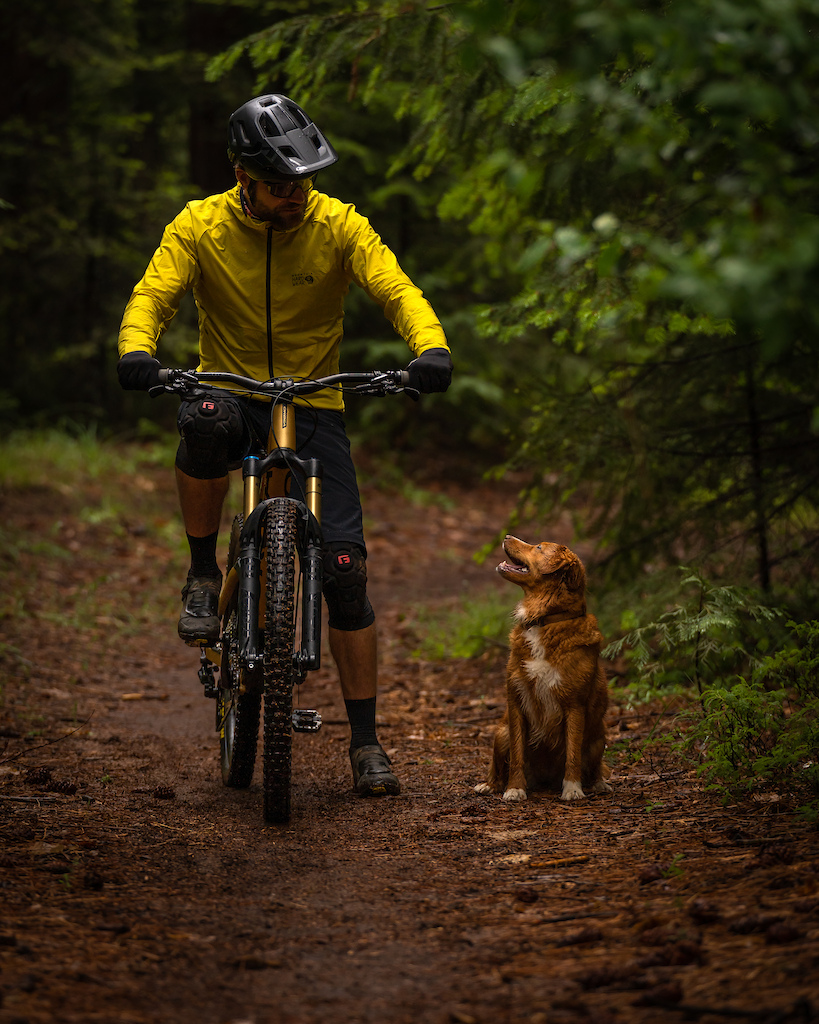 Zach’s days of biking alone are over since his dog Maisey started coming along for the ride. Watch how reinvigorating it can be to have a riding buddy there with you for miles on end. 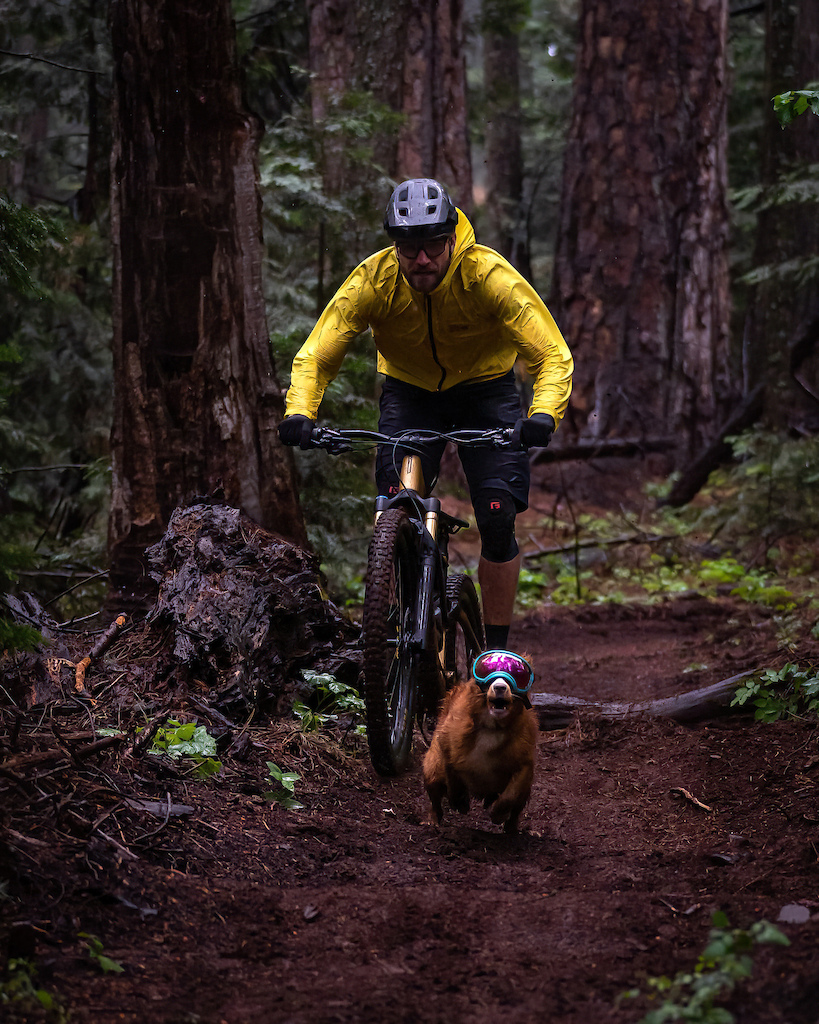 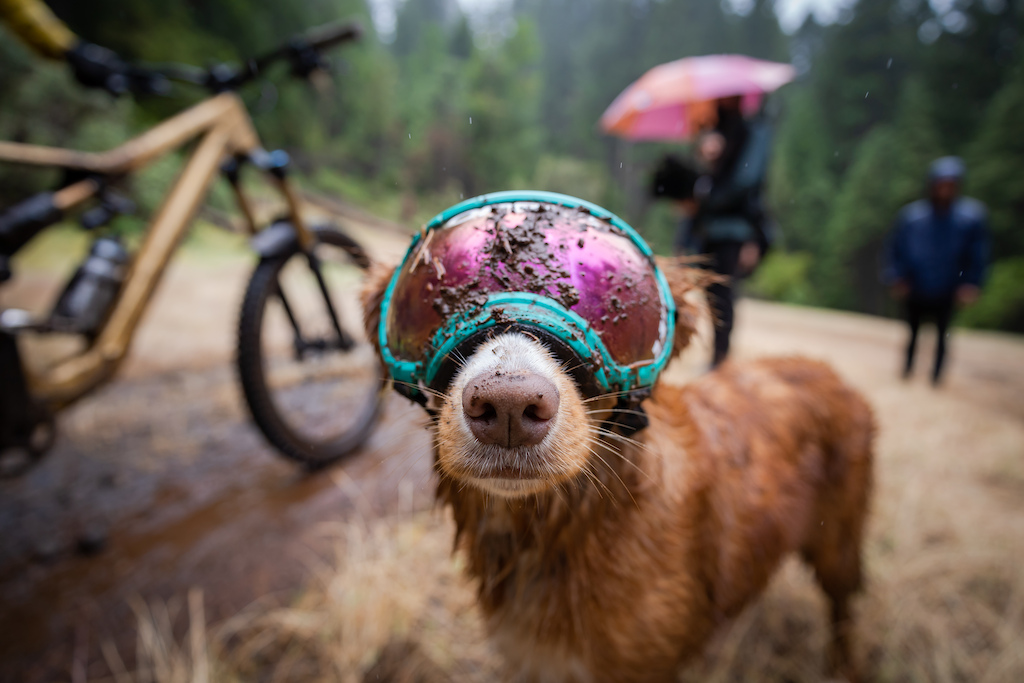 We follow Zach and Maisey as they share this passion for cycling and capture the "Perfect Shot". 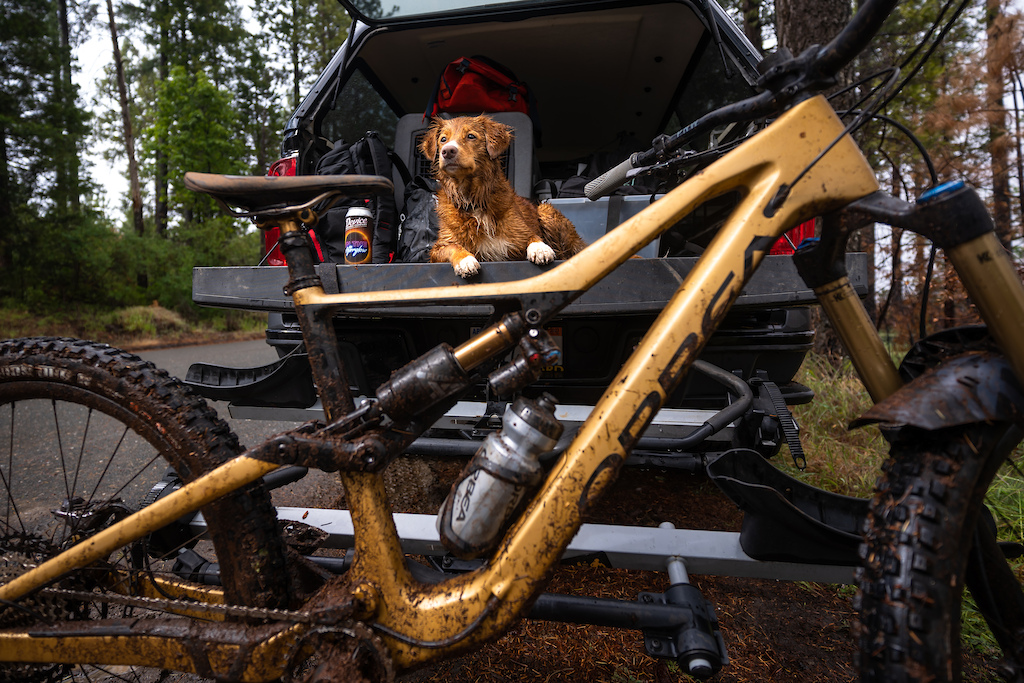 mrift04 (Nov 12, 2022 at 8:20)
Can someone create a windscreen wiper for her dogoggles or some tear-offs - Adorable doggo and video

Billjohn6 (Nov 15, 2022 at 3:16)
@metroneck: Training our Vizsla puppy, figure I should do the same, so much dirt/rocks get kicked off the back wheel. Worry that he can't fix when they're muddy, though he'll hopefully let me know with some barks ?

bikewriter (Nov 12, 2022 at 7:58)
Cue the "Not everyone likes your off leash dog" comments. Feel free to copy/paste from the last: www.pinkbike.com/news/video-the-making-of-a-trail-dog-with-stevie-sticks-and-andrew-taylor2.html

endoguru (Nov 12, 2022 at 7:32)
If that video was filmed in Sacramento, CA it must be Sacramento from another universe. I always enjoy a rad trail dog, though.

timgross (Nov 12, 2022 at 8:50)
Agreed! That is definitely not in Sacramento, unless I am really missing out on some secret trails. Maybe Pollock Pines, Grass Valley or Nevada City.

mrift04 (Nov 12, 2022 at 8:18)
I will do the dog ride very early in the morning as to not get in the way of other riders. Axle loves to run with me but if I'm in a group, he will undoubtedly stop and wait for me, or get in the way or others. Purely because he's a collie and is a one person doggo, he can't seem to run along side others the same as he does with me. Wouldn't have it any other way riding at like 6am with him though, the trails and the area is nice and quiet for us both.

thomast4 (Nov 13, 2022 at 21:22)
Love a good trail dog. Just remember though, you have a mechanical advantage, you don't wanna run them too ragged. They will completely destroy themselves to keep up with you and if you push it, they will certainly age faster. This videos perfect because the dog is obviously a light runner type, its cold and the ground is soft. Atleast for my dog, those are ideal conditions. I've seen people take the wrong dog on the wrong ride and it does not go well for the dog.

inside-plus (Nov 14, 2022 at 2:04)
Yeah, dogs will look like they're happy just because looking like they're happy is what makes the human happy, they learn to do dumb shit and if the humans laugh and enjoy it, they do the dumb thing again and again. I

craiggorder (Nov 12, 2022 at 16:01)
Do doggles make anyone else a little sad? I'm sure this dog is having a blast, but it seems kind of like posturing for an image to strap goggles on a dog (especially in this video where it's overcast). Not to single this person out in particular, I've seen a number of dogs with these around my trail and can't help but think it's for instagram.

Open to information on the contrary -- my dogs haven't ever seemed to need doggles over thousands of trail miles, but maybe I'm missing something.

vectorforces (Nov 12, 2022 at 17:44)
Doggles are no more for Instagram only than Pit Vipers or similar absurd looking glasses. In nasty conditions with low branches I think they make a lot of sense, especially if you’ve got a dog that hangs out close behind you or cuts corners and can get whapped with branches. I’d only do it if the dog tolerates it though.

My old dog got a concussion once after running headfirst into a tree at full speed when she tried to pass me. After that I’d always looked for a trail friendly helmet for her but never found one. No reason the critters doing our sports with us can have similar safety measures.

craiggorder (Nov 12, 2022 at 19:02)
@vectorforces: I guess I kind of get it, but don't really buy that logic. I just don't see goggles as protective devices in general, but especially dogs. Dogs have been around for tens of thousands of years (and much longer in other forms). They've gotten along just find running around in every environment, chasing prey (not unlike chasing a bike) and have pretty amazing body awareness. It's pretty easy to argue that doggles present a significantly larger opportunity for harm than the small benefit they might provide (which I don't really even buy in to that small benefit).

Dogs can't adjust the goggles when they are out of place, they can't wipe them off, their vision is not like human vision, yet we are putting dark, polarized lenses on them and projecting our visual needs onto them.

If you want to put doggles on your dog, just call a spade a spade, it's probably for your own ego, not for dog safety. I'm ok if people just own it. Or if you really think it's for safety, maybe think a bit more critically.

gossman (Nov 13, 2022 at 8:51)
@craiggorder: I had a medical alert dog, RIP that bestest boy, and to your point I was even self conscience putting his vest on. Most of the time I left it at home or in the car because he was just such a good dog, but I do agree that we project a lot of "human-ness" on our canine friends. That being said, they are usually pretty good at giving us a signal when we cross their comfort line of being dressed up. In my experience they really just want to make us happy and if a silly vest or some goofy goggles make us feel better, the dog can probably tell.

loosegoat (Nov 13, 2022 at 15:16)
I’ll be the first to admit my doggles are at least 50% for my enjoyment. That said we don’t use them all that often, I have clear lenses as well as tinted but she seems to enjoy the wind being out of her eyes in my truck. The tinted are nice for sunny days on the snow too. Also I don’t do instagram but I’d probably have a picture of her in her doggles if I did, who doesn’t like fun dog pictures

inside-plus (Nov 14, 2022 at 2:00)
@craiggorder: I get your point about the lens colour, clear would have been fine. But I have a hunting dog who gets all kinds of crap in his eyes and ears. The doggles make sense.

Personally the hole 'trail dog' thing bugs me, like its just a fuggin dog on a trail, 'trail dog' makes it sound like an accesory, next you'll have a downcountry dog.

HughBonero (Nov 14, 2022 at 3:22)
@craiggorder: my dog likes to wear his goggles on the back of his helmet and his knee pads around his ankles. So cool

ambeingt (Nov 13, 2022 at 14:08)
I would always prefer to ride with someone with a trail dog than with a trail dog hater. Note to you haters - you are not as fast as you think, people do not 'get in your way' rather you are riding like an idiot - subsitute 'dog in your way' with inexperienced person ahead of you or child. We share our trails, they're not just for you. And yes, that fish you caught was smaller than you brag about...

sonuvagun (Nov 12, 2022 at 22:21)
It makes me wonder what a dog and rider race event would be like. Or maybe that would be dangerous and unhealthy for the dogs?
Dogs are great, dogs on trails...maybe it works on less crowded trails, but on high density trail systems, I'd be worried that a collision is just a matter of time

timgross (Nov 12, 2022 at 11:11)
@fruitcake: Thanks, that makes sense. I don't know why they called that Sacramento... I haven't ridden those trails in a couple of years. I will try to get up there and check them out. They should be good now that we got some rain.

Pinemtn (Nov 12, 2022 at 10:14)
Has anyone studied the carbon footprint and trail erosion effects of such trail use? I’d imagine it’s on par with the damage and destruction these new motor bicycles are set to do.