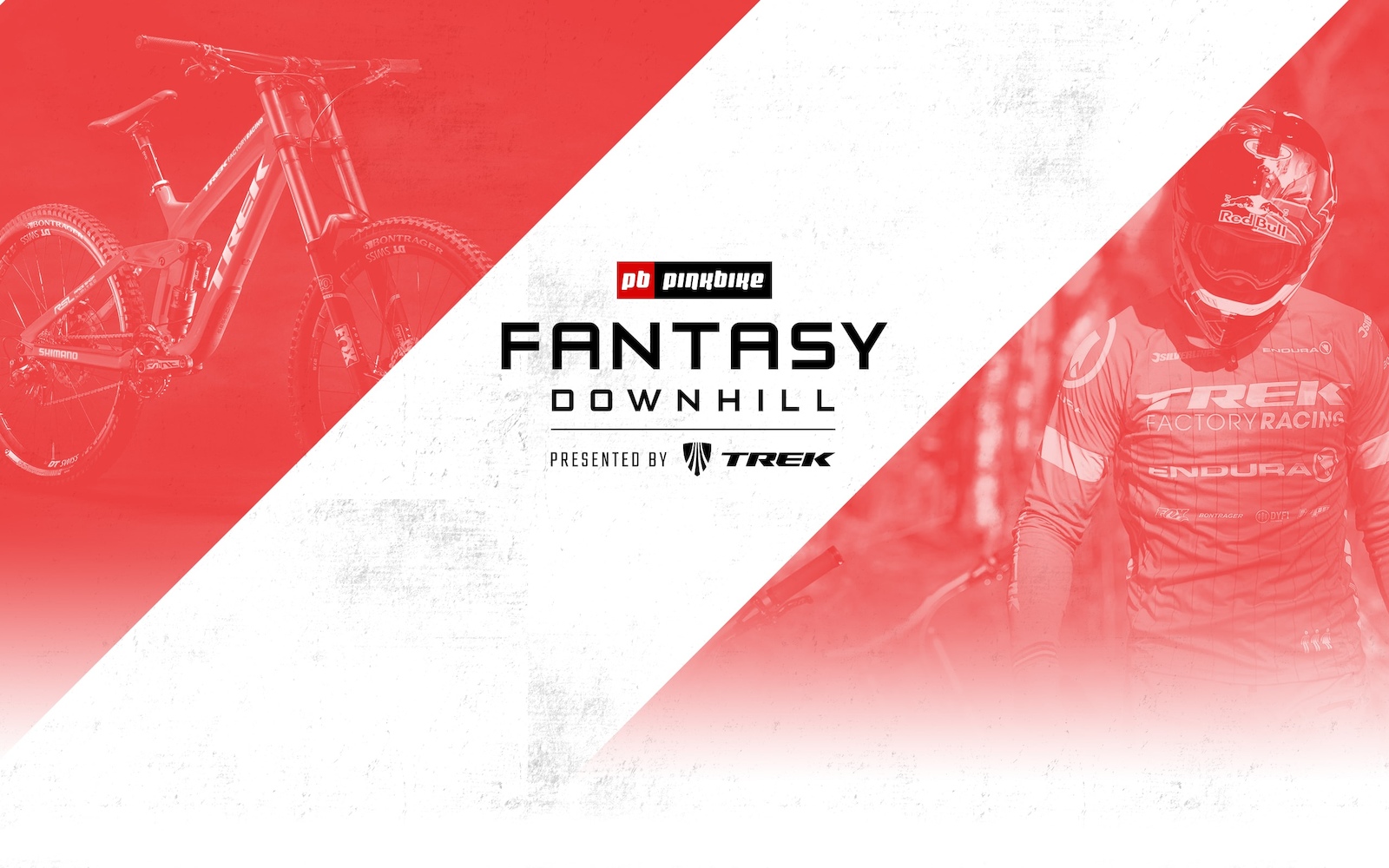 The results are in for Round #3 of the Fantasy Downhill Presented by Trek. Check how you did in the Global ranking here. 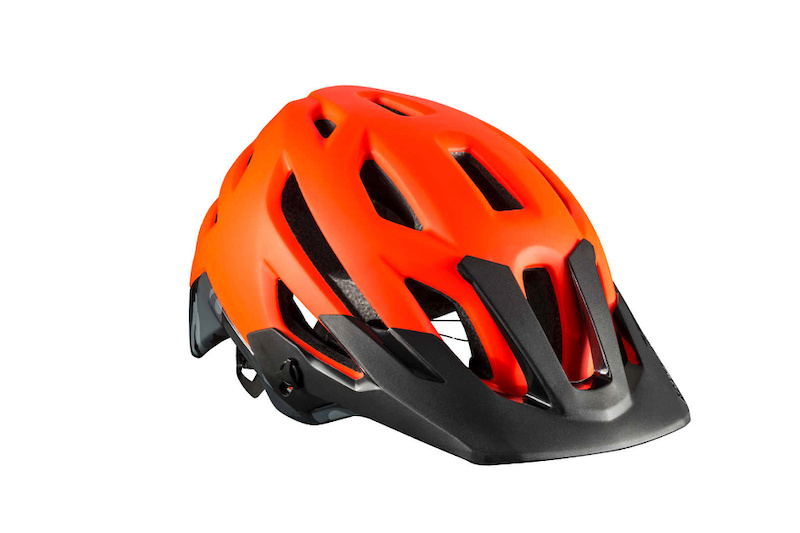 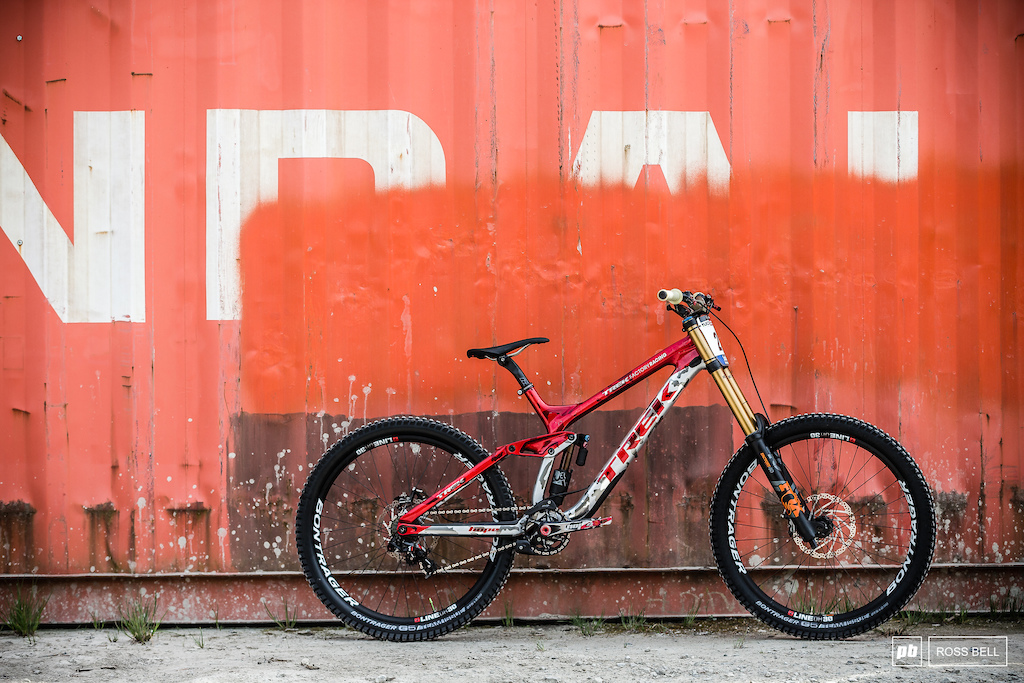 Starting now, right up until Qualifying before the next event, you can make as many changes to your team as you like to have a better chance at winning the next round. Your changes will be restricted by your available budget of a fictional $1.5 million. To make changes select EDIT TEAM button and then select the rider you wish to change. Then choose your new rider from the drop down list.

It's not too late to join if you haven't yet. There's prizing available for every round, and we'll announce round 4 prizes shortly.

Anarhichas (Jun 11, 2018 at 11:38)
Well done! It's getting pretty tight at the top. I'm pretty lucky to be hanging there as well. It will get really hard to pick riders from now on with so many riders capable of challenging the usual "top dogs". This is definitely the most exciting year this far!

mtbikeaddict (Jun 11, 2018 at 11:53)
@Anarhichas: Well done for being consistent! A lot can happen throughout the season, but if this has been any indication, you'll be a tough one to beat!

luggz83 (Jun 11, 2018 at 14:59)
@Anarhichas: I forgot to change my team, which shows anything can happen and i moved up. Now the riders are beginning to find some confidence which is showing. More people are gonna choose these riders as they become more consistent.

it's pretty close. 1 point ! Totally agree, this year is crazy and very exciting to watch. Can't wait for the next round !!

adzrees (Jun 11, 2018 at 8:54)
This year is proving to be a little difficult to predict which is awesome! Really enjoying this years racing

adzrees (Jun 11, 2018 at 23:44)
@brianpark: Totally agree mate! I think we are seeing a new wave of riders coming through - what I think is cool is that its not just one nation dominating anyone, you the UK, USA, France, Candian etc they all have fresh talent coming through

leopaul (Jun 12, 2018 at 2:49)
@adzrees: don’t forget Austria. They got the freshest biggest talent since Barel basically won the worlds as a junior

adzrees (Jun 12, 2018 at 2:55)
@leopaul: yeah dude that's why I had to put "etc" on my list because every nation seems to be having a wave of new talented riders coming through - its exciting times in the sport.

But I will say it is awesome to see Minnar and a couple of the older guys still riding super fast and getting good results!

brianpark Mod (Jun 11, 2018 at 11:31)
I feel your pain. I had Tahnee, Luca, and Marine on my team... Going to have to give them a motivational speech or something, can't be losing the PB office pool so tragically.

Burningbird (Jun 11, 2018 at 9:04)
I thought I had this thing won until Luca crashed. WHY!?!?!? Seriously though, the parity this year (especially on the Women's side) is making for a great season!

nsp234 (Jun 11, 2018 at 9:19)
@pinkbike I have a few questions:
- why is it possible to edit teams during or even after qualies? Was that a mistake in the system? takes much of the "Fantasy" and the fun out of it...
- will riders prices stay the same? I think their prices should reflect the amount of points they gathered

millsr4 (Jun 11, 2018 at 9:28)
I've tried changing my line up last minute and it wouldn't let me edit after qualification, only after timed training but I totally agree with your second remark. Why should someone killing it this season be cheaper than someone that isn't performing. Each season is unique and last years results don't always apply. Also, since the riders get points for qualification why don't we?! Just some food for thought @brianpark

karl-burkat Mod (Jun 11, 2018 at 9:44)
There was a bug that allowed some changes after qualies began. The top qualifiers combined for 19 points, so it wouldn't help this round, but we're working on this and shouldn't happen again. Prices are the same this time all season, we're looking to change this for next year, but this year it's the same all year. It get complicated a bit with rider values changing, team values would change as well, but this is a change we're looking at for next year!

smithcreek (Jun 11, 2018 at 10:37)
I get your point, but everybody can change riders and pays the same price so it's not an issue of "fairness" to people playing. What might be interesting is letting people pay the "original" price they paid for a rider all season long as long as they keep him/her on their team, even if their price goes up.

patrickbatemanworldtour89 (Jun 11, 2018 at 11:52)
Pierron is a steal then, I think after two first places he should cost more. At least I can be a cynical bastard and comfort myself knowing that Trek Sessions have chainstays made out of origami paper when it comes to a full season of riding.

alfarac (Jun 11, 2018 at 12:28)
@karl-burkat: One question. Why the game does not count the quali points? I think that if you guys lock the rosters before qualification, don't you think those points should count as well?

Rusettipasta (Jun 11, 2018 at 12:55)
@smithcreek:
Yes. This is exactly how it should be done next year. If you manage to get someone at the start of the season who turns out to be a huge success, you should be able to hang on to him/her for the original price. Maybe even do it so that when you change him from the roster, you’d get the then current amount of cash in return. Could make things even more interesting, but might end up making the whole thing too unbalanced.

Anyways, props for the whole fantasy league. Has made following the races alot more exciting.

luckymixes (Jun 11, 2018 at 13:18)
@smithcreek: that is very interesting! Finding gems on round one and keeping them on the team should be rewarded, great idea!

FuzzyL (Jun 12, 2018 at 4:19)
@smithcreek: But if the price of a rider on your team goes up, that means the worth of your team goes up. So, not only would you get the points, that the rider achieved to raise his price in the first place, but you would also have more virtual money to spend on your team from then on, compared to someone who picked the wrong riders in the first round(s).

I think this would result in less changes in the league rankings, since the guys in front after the first races will be much harder to catch. (For example, if someone had Pierron and Troy Brosnan on his team in the last two rounds, Pierron would have risen massively in value by now, and could probably be traded in for Gwin, meaning someone would have Brosnan and the Gwinner, and still four other decent riders, which could not be achieved by someone with the regular budget - who would be behind in points by that time anyway, to make things worse...)

If you went Pierron and Gwin at the start of the season you'd be in great shape, but if you wanted to swap out Pierron you could only do it for someone that CURRENTLY had a $200k value (which you probably wouldn't do).

the other alternative is do it Draft Kings style and make everyone pick a new lineup every week, based off revised values after each race. This would be the real way to test who can pick the best team week after week, as riders that were undervalued before the season started (Norton & Pierron should be on every roster by now), wouldn't be such easy choices now.

FuzzyL (Jun 14, 2018 at 12:42)
@JoshParsons87: Ok, got it now. But still, someone who picked Pierron at the start of the season would not only have an advantage in points, but also be able to get better riders at a lower price - every difference at the beginning of the season would just be increased.

Regot (Jun 11, 2018 at 12:23)
In Croatia I picked among others Macdonald and Pierron (chrash and flat), in Fort William Gwin and Shaw (chrash and flat) and in Leogang Shaw and Cabirou (chrash and chrash in training I think)... I hope I don't bring bad luck to riders

tjbikes (Jun 11, 2018 at 15:05)
This contest has been a blast so far. Not even close to winning the overall but it has been fun trying to figure out which riders will give you the best bang for you buck and bragging rights with your riding pals. Any thoughts of making something for the XC events?

brianpark Mod (Jun 11, 2018 at 17:56)
Definitely something we've been considering. There's a lot of shit talking going on in the office for bragging rights, way too much fun.

Tmackstab (Jun 11, 2018 at 9:07)
Gwin and his thumb screwed me! He can take his gluten free pancakes and pound it! Until VDS anyway lol

mtbikeaddict (Jun 11, 2018 at 10:29)
I was gonna change my team to something similar... got back late night before the 5am cutoff... stayed up late, was one rider away from saving...Zzzzzzzzzz.

I think there's some old saying about that...

mtbikeaddict (Jun 11, 2018 at 14:05)
Yo @brianpark @karl-burkat There's some glitch going on? I checked earlier and it updated... now it's showing that Leogang is next round, and it's the first round scoreboard... with @MoonboyMTB up top... weirdness.

patricioescobar (Jun 12, 2018 at 9:02)
There should be a Round ranking as well, not only I want to know how my Global points stand, but also how I did in a particular round.

I need those points to beat my mates please :L

rippersub (Jun 11, 2018 at 13:30)
I completely revamped my team for this round and I come back to find that the changes didn't save somehow, not having both my ladies even race hurt, a lot!