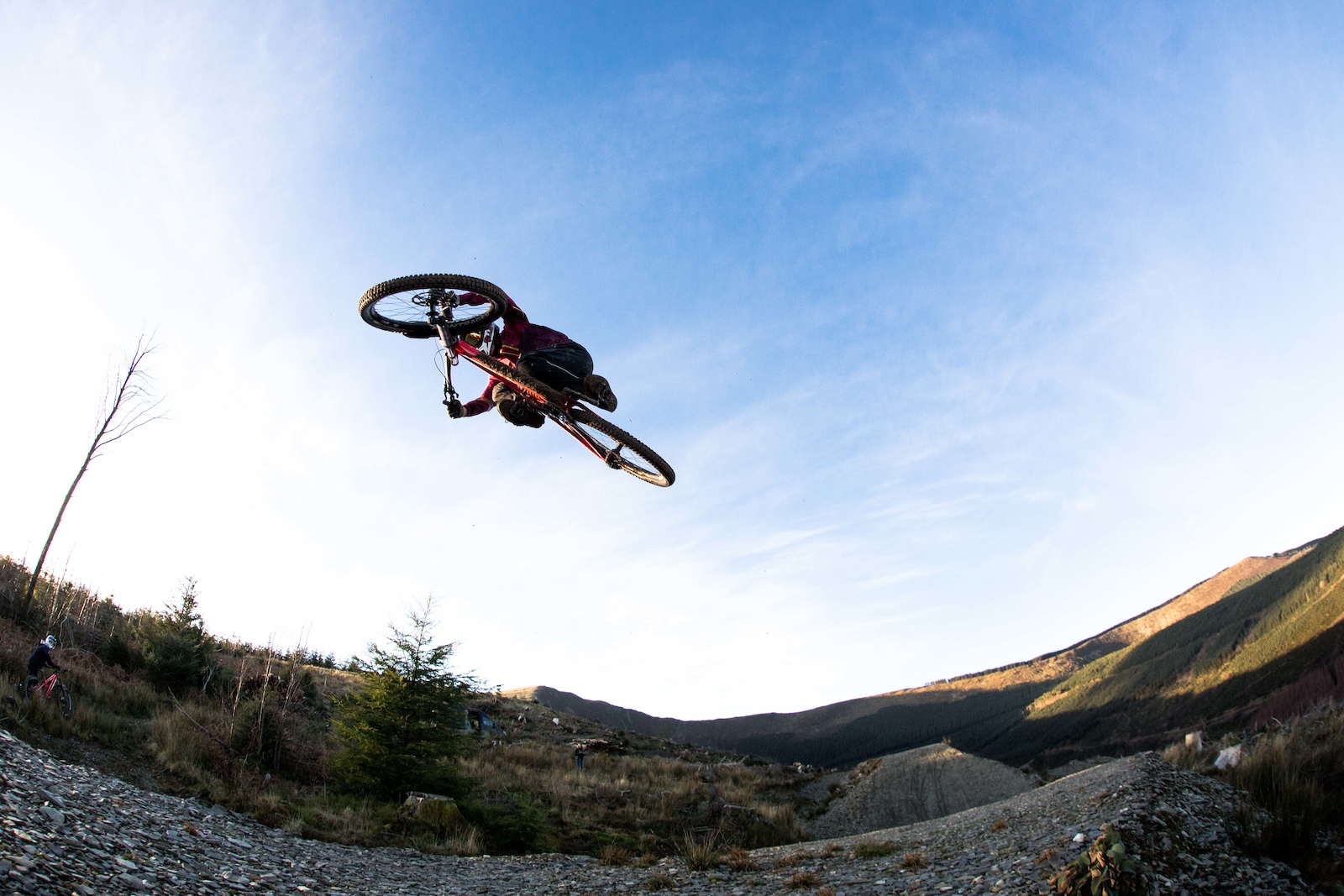 CHARLIE HATTON
Upping his game
2017 was a breakthrough year for the young British rider, Charlie Hatton. Riding for the Intense Racing UK team, there was plenty of speculation that after so many successful races and top results he would make the move to Intense Factory Racing for 2018. That hasn't happened – but Charlie has found himself on one of the biggest and well-organised teams on the circuit – Trek Factory Racing. Joining the fabled Atherton family for the upcoming season, Charlie should have the tools he needs to fulfil his potential. We caught up with Charlie just before the news was about to break about his move. 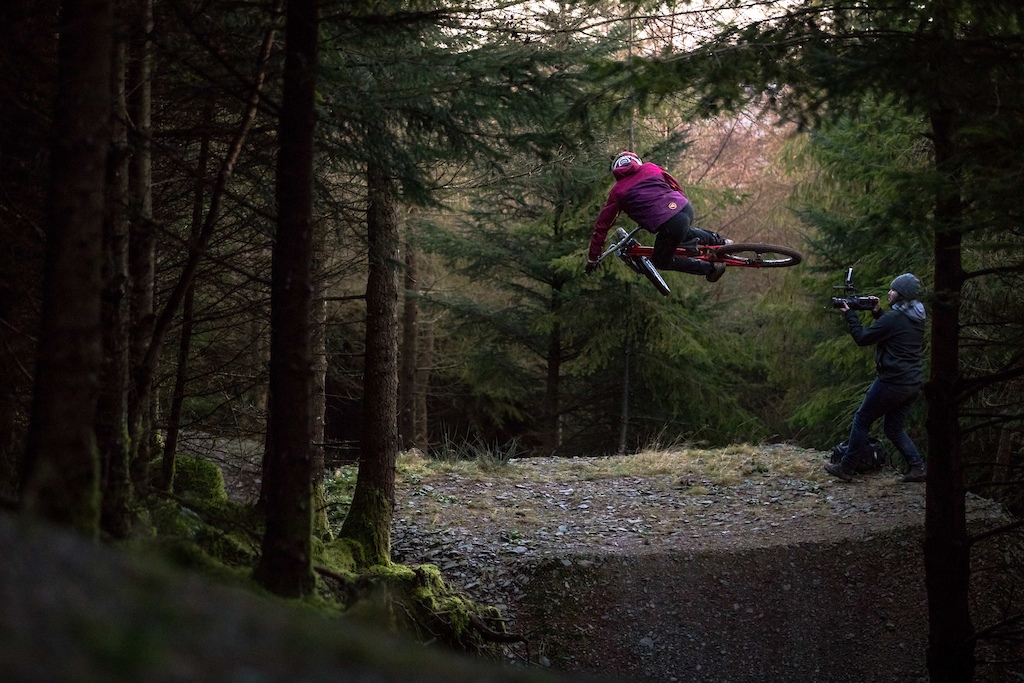 From Lapierre to Wideopen then Intense and now Trek Factory Racing, how have things changed for you over the years?

I think that every team move was a good stepping stone up to the next best thing and the transition was smooth between all. I’m pretty chilled about change, I know some people get freaked out about not getting used to the bike or changes in set up but I’m more like: “Just get on it and ride."

It feels amazing, after a good season last year it was nice to have some recognition and to sign for one of the best teams out there, it definitely has me excited for next season. I’ve only had a couple of days with the guys so far but it’s so good that everything you need is just there and Joe the mechanic is on hand all the time, and all the kit I need is great quality and exactly where it should be, it takes away a lot of the worries so I can just ride my bike. 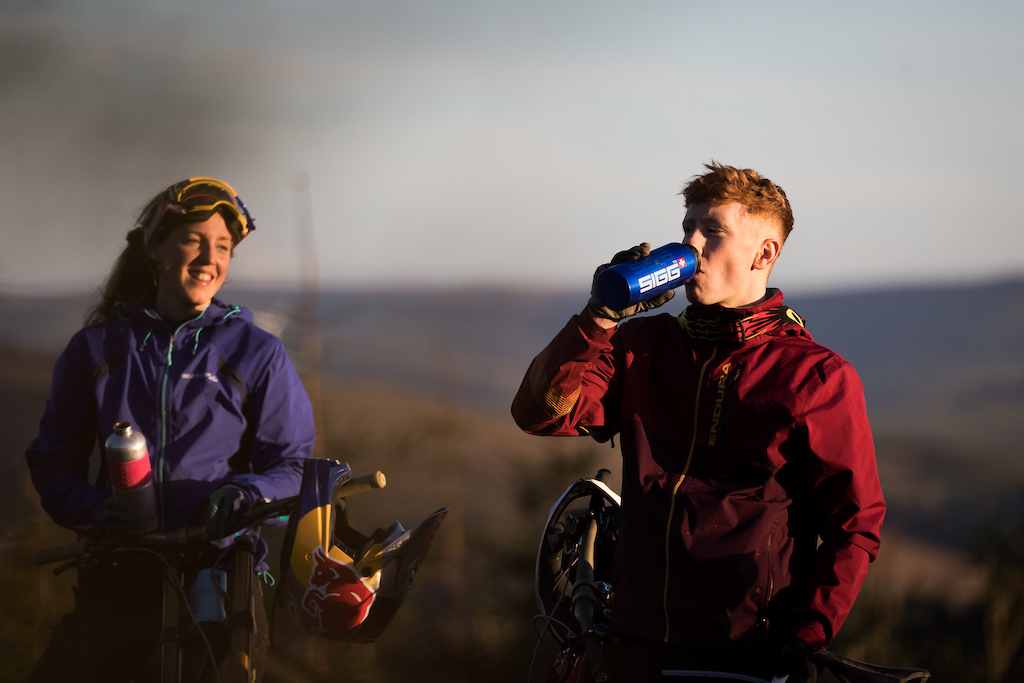 Stepping up to Elite in 2017 must have been an experience for you, how did it differ from being in junior?

I tried to almost forget the fact that I was in Elite and just focus on what needed to be done. At the end of the day, you’re still racing your bike down the hill as fast as you can whether you’re a junior or elite. I think this relieved the pressure a bit. In fact my first year as an elite was more successful than either of my seasons as a junior, it kind of felt like I’d paid my race dues and everything clicked.

11th in Val di Sole was your best result last season, talk us through that race? How did it feel to be up there amongst some of the best in the world?

That was a definitely one of the highlights of the year. I qualified 20th so I was buzzing to be on the live feed, then I was on the hot seat for a while that was pretty special until Adam Brayton knocked me off there – good that it was a Brit!

You’ve said it yourself that good results come from enjoyment. Do you stand by that now or do you have a different perspective having raced on the world cup circuit?

Definitely. You need to be having fun and enjoying yourself for results to come. If I’m stressed out and rush things it doesn’t work for me. I am pretty careful about getting my focus together before a race run, I like my warm-up to be pretty accurate, this gets me ready to give 100%.

Going back to results, you achieved some incredible results last season, what went into making that happen?

I can’t give away my secrets! I think it was multiple things put together, good equipment, good support and just a more chilled out approach. 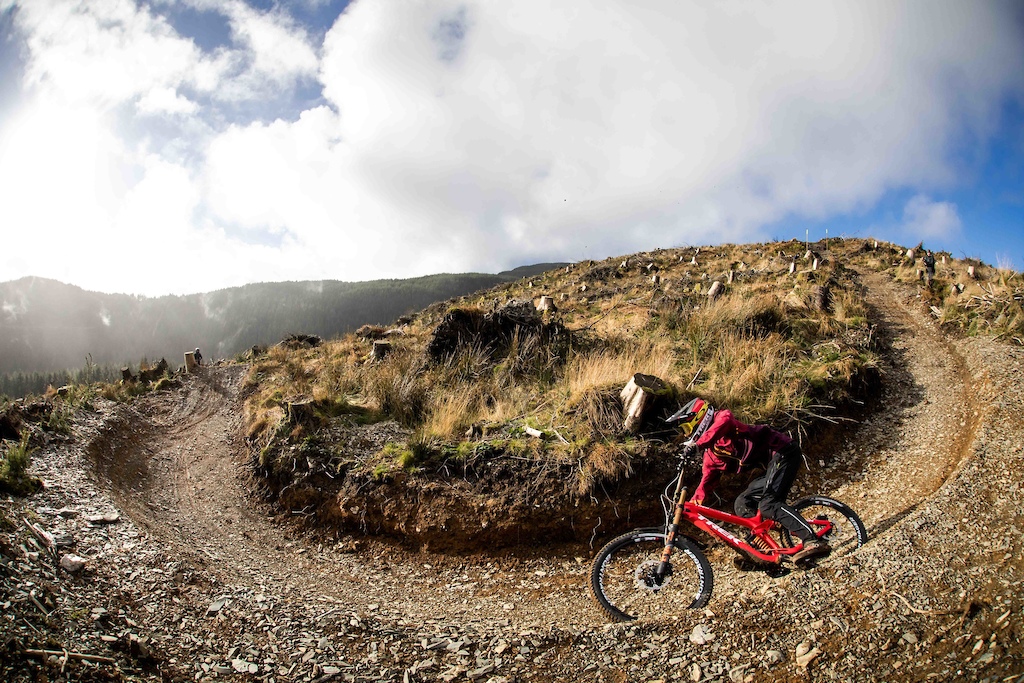 Looking back on last season what lessons did you take away from it all in terms of how you’re going to carry over the performance from 2017?

Not rushing on track, that’s a big lesson for me. At Lenzerheide I got carried away and thought 'that’s it, the race is done', but before I knew it I was in the crash-net. I crashed about 10 seconds from the finish line which potentially cost me a top 15 spot and I lost my protected rider status. That was a huge learning experience.

There were some wild rounds last year and some crazy weather, especially in Lourdes and Mont-Sainte-Anne riding in those conditions are challenging enough, but what’s it like to be there and race?


It’s hard to get your head into it, the tracks are gnarly enough as they are so when you’ve practised in the dry it’s pretty wild. At home, I’ve always ridden in the wet so that isn’t a problem but when you need to be 100% accurate and you’ve spent the whole weekend learning a track in the dry, and then it’s a completely different track that you have to race on, that can throw up problems.

Do you have any particular friendly rivalries or competitors you set out to beat in races?

Not really, it’s always close between me and Matt Walker, I ride with Matt a lot in the winter so it’s good to get the upper hand on him he probably would say the same. In fact, he definitely would! 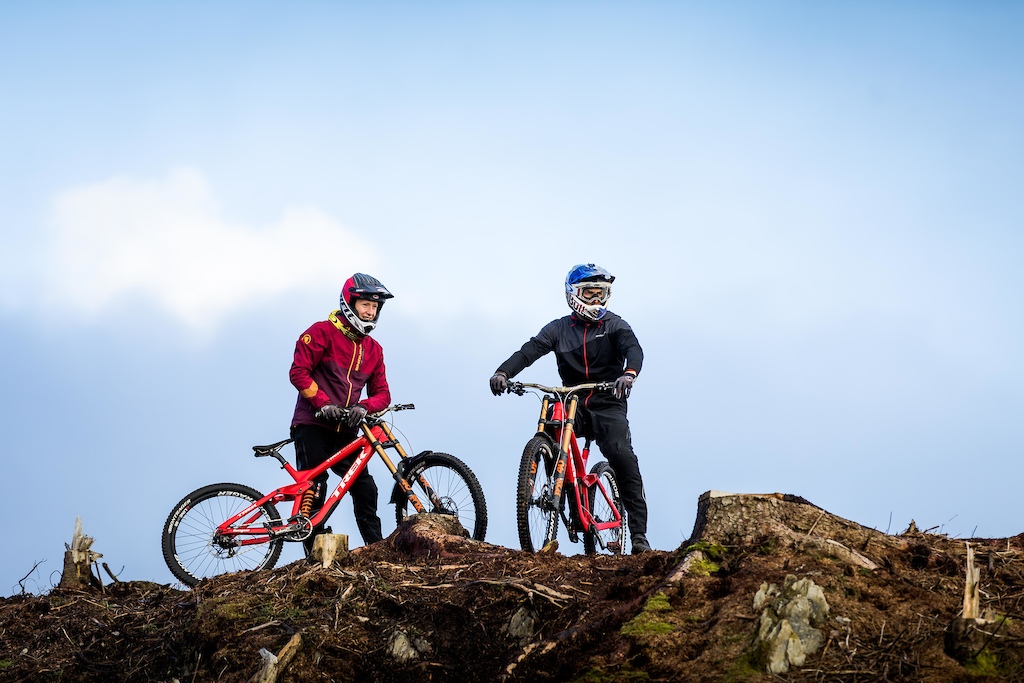 Outside of racing, you do some coaching, personal training and even some massage, how did you get into that and is that something that you continue to do, or are your sights set 100% on racing?

It’s something I did at college, I haven’t done any of it in a while apart from coaching. I enjoy coaching and it also teaches me some lessons. I’m still going to do a little bit of coaching but my sights are 100% set on racing.

Your family have always been hugely supportive of you and your career and you obviously have the talent to back it up, but how vital do you think it’s been to your success having that support behind you?

I’ve been really lucky that my parents have put everything into my racing, I owe them a huge thanks. It has been a big part of my development if they didn’t support me I wouldn’t have been able to go around the UK from a young age. Even now, working with a team it would be tough to do without them, the logistics are sorted but they do everything else! 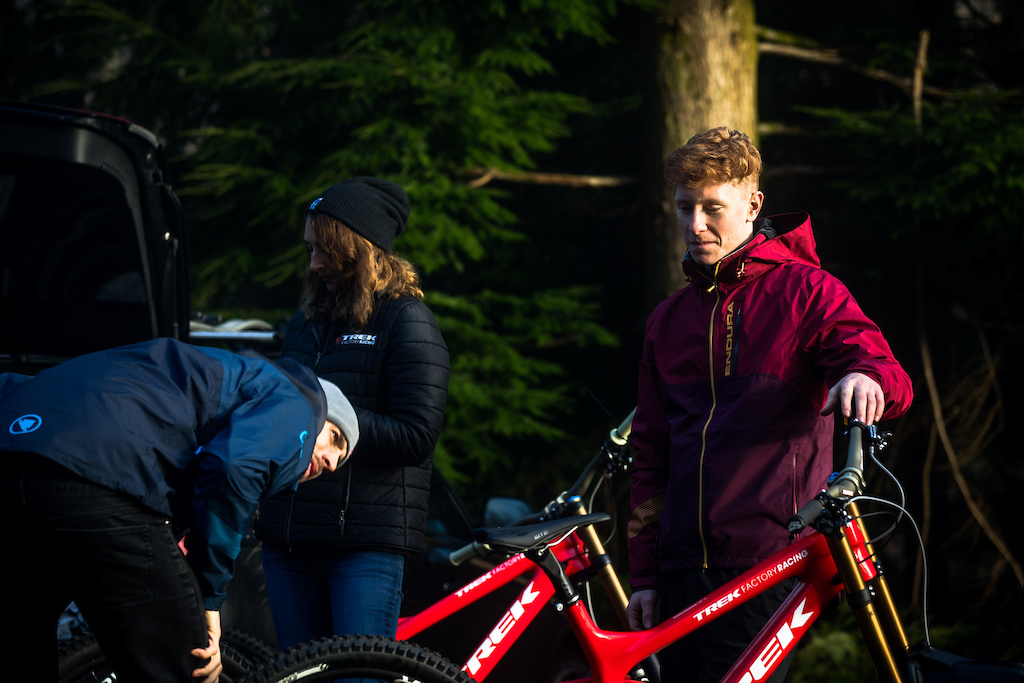 Outside of racing do you ride a lot or is there anything else you like to do in your downtime?

I’m always riding, training or doing something. I hate doing nothing and it's pretty much all about bikes!

How do you feel about going into the season with a new venue, a new team and coming in strong with the confidence from 2017?


I can’t wait for the season to kick off, it is going to be sick! 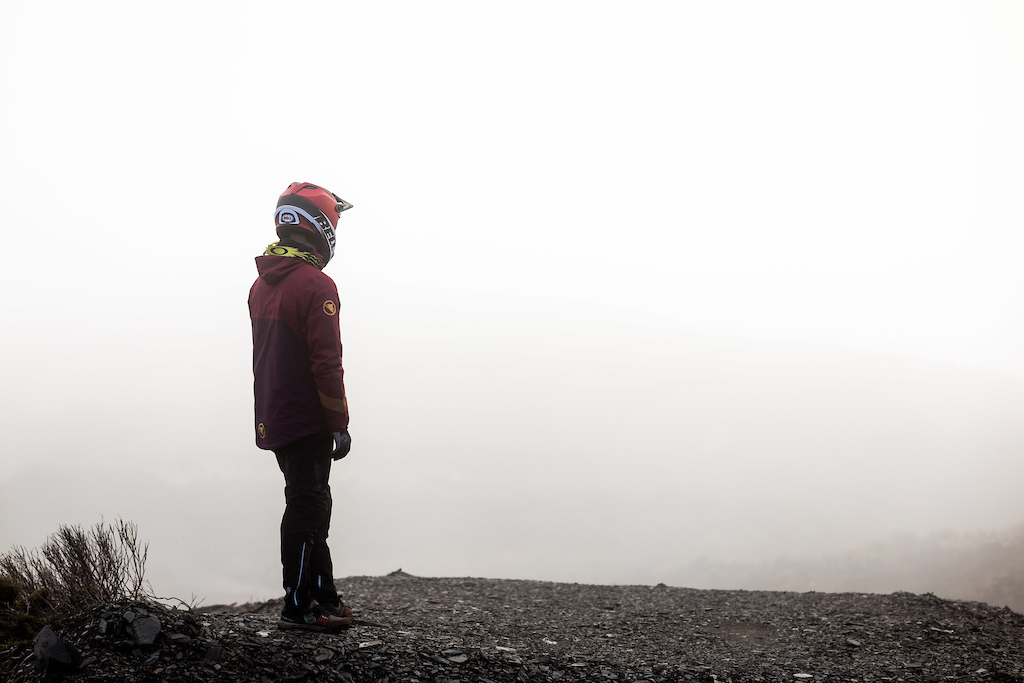