"We're committed to designing world class bikes in all categories, and with our Norco Race Development (NRD) downhill program, we are truly excited to work alongside such an elite group of world-class athletes - we welcome them to the Norco Bicycles family," says Norco Marketing Manager Chris Cook. "They are an incredibly talented group of riders that not only bring impressive results on race day and a hunger to go faster, they demonstrate great character with a passion, knowledge and love for the ride that they demonstrate every day." 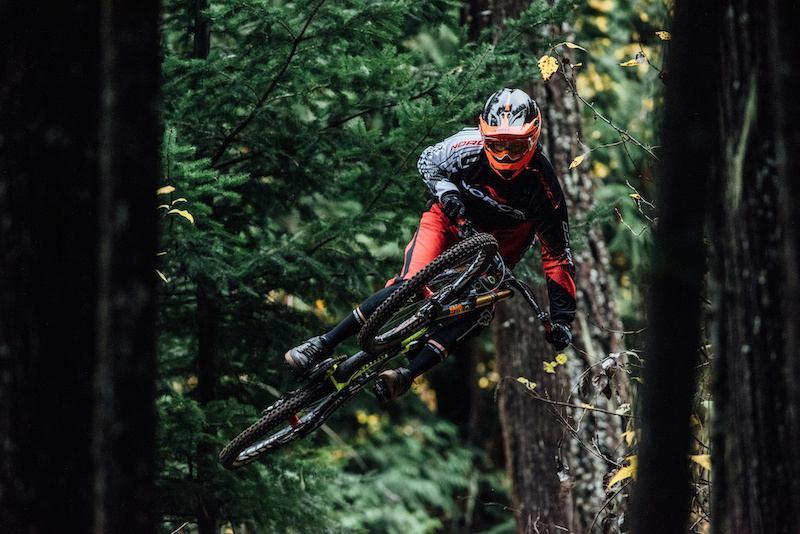 New Zealand native Sam Blenkinsop comes off a personal best season in 2014, where he finished 5th overall in UCI world rankings. The UK's Harry Heath had a breakout 2014 season, moving from his national circuit onto the World Cup stage and delivering solid results. Canadian Jack Iles will be moving up to the World Cup's pro classification in 2015, while countryman Magnus Manson will be testing himself against the best juniors on the World Cup circuit. Together, the team offers up a potent blend of experience, passion, drive and blistering speed.

"The guys could not be more excited to be joining the Norco family," says Team Owner/Manager Todd Schumlick. "This partnership is based on the alignment of the riders' needs with the objectives of a local, proudly Canadian brand. Norco makes a DH bike that these guys want to ride because they know it will enable them to compete with the best in the world. We're all excited to have the opportunity to grow and win together." 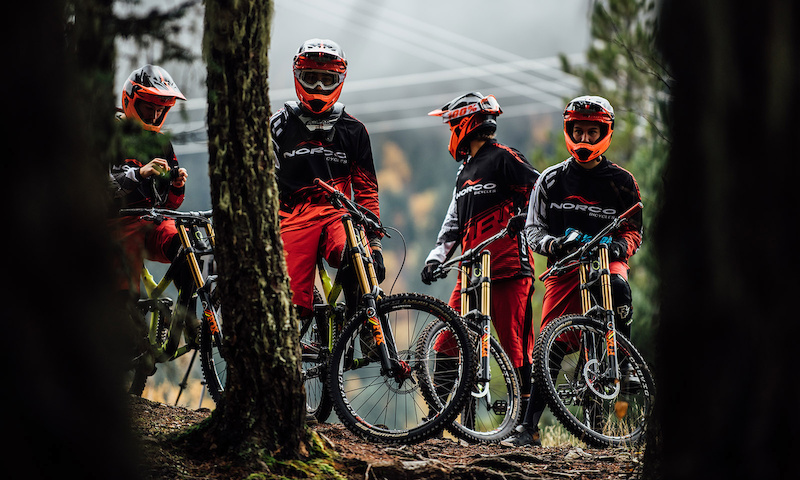 About Norco Bicycles:
With roots firmly planted in the world-class testing ground that is British Columbia, Canada, Norco Bicycles has grown into a global company delivering superior cycling experiences to everyone, everywhere. With 50 years as a leader in the industry, our success is built on an unwavering commitment to listen, innovate and ride.

See where mr hart ended up

VPPFREEDOM (Nov 26, 2014 at 16:55) (Below Threshold)
I hear gorilla tape is sponsoring them to strengthen up those flimsy norco frames

bikerwithproblems (Nov 26, 2014 at 17:42)
Interesting to see that hart is no longer getting his rockshox blackbox treatment , thought the team might have switched over seeing as he'll be their lead rider

lightningskull (Nov 27, 2014 at 6:12)
Great team, would be greater supporting some of Canadas amazing female talent like @scottsecco said

skierdud89 (Nov 26, 2014 at 13:05)
@germinois Their last announcement led us to believe that her and Bryn won't be focusing on World Cups but rather North American events.

game (Nov 26, 2014 at 13:10)
pretty sure they both got contracts and wc rides atm. Would be cool if they had a girl on the squad, but magnus and jack are on fire and fully deserve a wc ride.

Alex-Mtl (Nov 26, 2014 at 13:53)
@game Nope, Micayla has officially been looking for a sponsor since the end of the season and I don't know about Casey, but there's no news about the Bergamont team continuing on for next year, so it's likely she is also checking things out.

game (Nov 26, 2014 at 14:51)
ah weak, thought they were hooked up for the time being, seems like yesterday they signed with those teams. Devinci where you at?

stopcomponents (Nov 27, 2014 at 10:53)
super pumped as well to see these fast young canadians picked by a canadian brand and gaining huge experience from top world cup team mates. good luck and have fun!!

fingerbangextreme (Nov 27, 2014 at 3:03)
Nice one 'Arry. Meteoric rise. I just wish Eski boy brayton could get an injury free season and 'go factory'

trex1984 (Nov 26, 2014 at 16:20)
I don't think it was the bike, more like lapierre wanting bruni as their premier rider and him mentoring vergier, blenki had been with them for a while tho

wipz07 (Nov 26, 2014 at 13:39)
everytime i saw one last year i thought it was a Session, because both were about the same red and they share similar design.
They can only hope that Trek is not painting their 2015 bike yellow :-)
Post a Comment