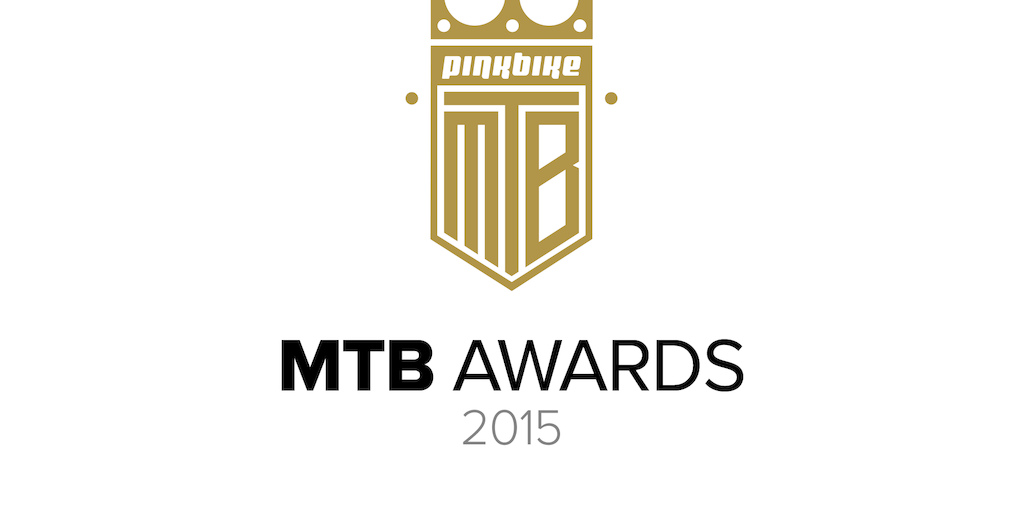 Female Athlete of the Year Winner 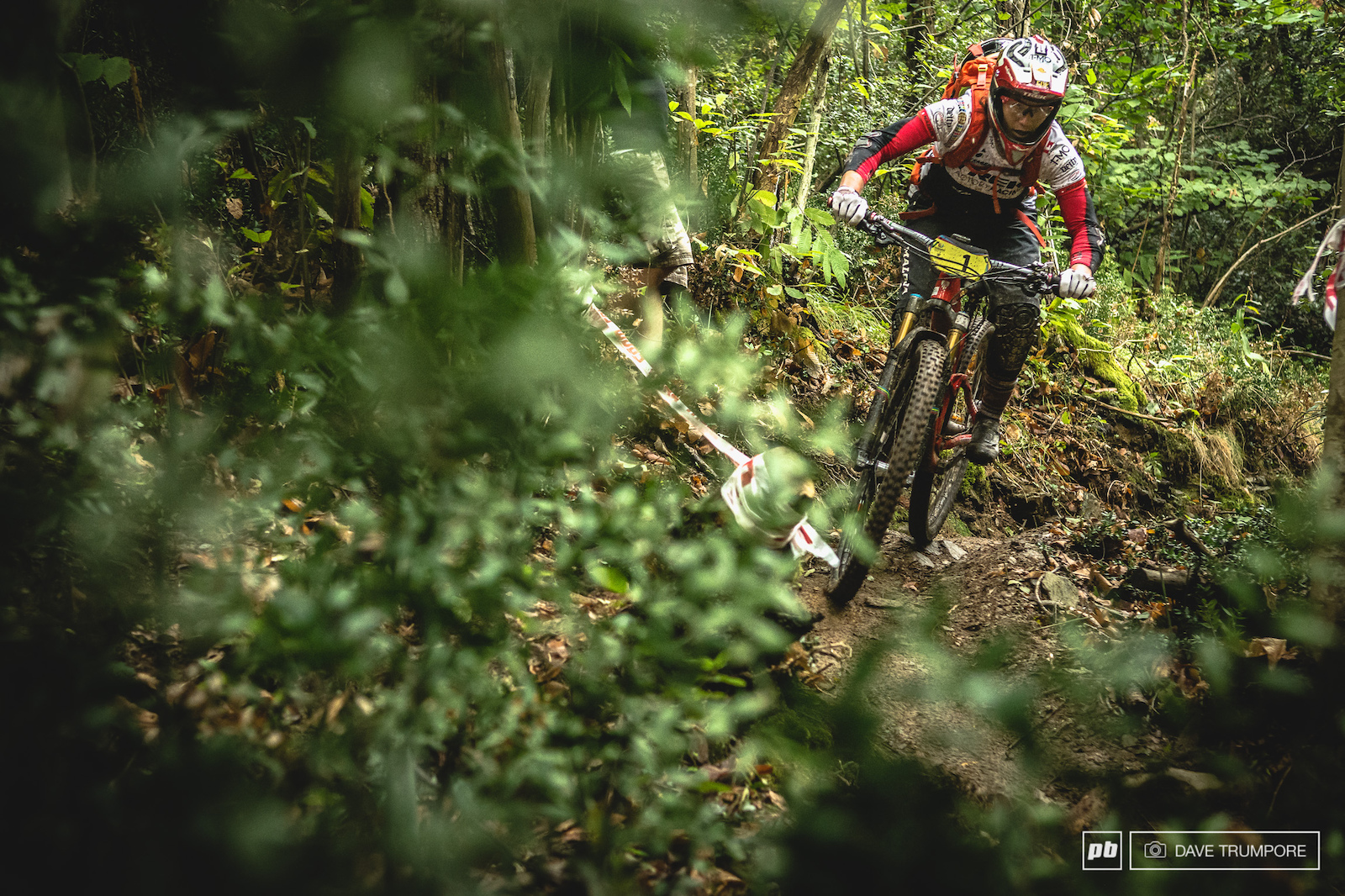 With over twenty years of race experience behind her, Tracy Moseley's resume is a sight to behold, full of first place finishes in World Cup downhill, and more recently in the Enduro World Series. There are even XC and dual slalom victories thrown in for good measure - Moseley is the epitome of a well-rounded rider, a formidable threat on two wheels no matter the discipline. 2015 was no exception, and after finishing second to Anne-Caroline Chausson at the first round of the EWS in Rotorua, New Zealand, Moseley went on a tear, winning the next six stops in the series and clinching the overall title for the third year in a row.

It wasn't just her race day performances that were impressive; her practice days were noteworthy in their own right, as Mosley often shunned the use of an uplift, preferring to pedal rather than shuttle her way to the top of stages. Her final stage of the season in Finale saw her suffer her only mechanical of the season - an inner tube got wrapped round her bike, forcing her to stop and pull it out mid-stage. Thinking she had blown the stage because of it, she came down smiling nonetheless, only to find out she'd still managed to lay down the best time.


After a spectacular year of racing, Tracy hung up her racing shoes in her own quiet yet classy way with a small announcement to the media on course at Finale. She'll still be competing in select events in 2016, but after years of putting it all on the line between the tape, she's taking a well-deserved break. For her achievements, along with her humility as an athlete, Tracy Moseley is Pinkbike’s 2015 Female Athlete of the Year. 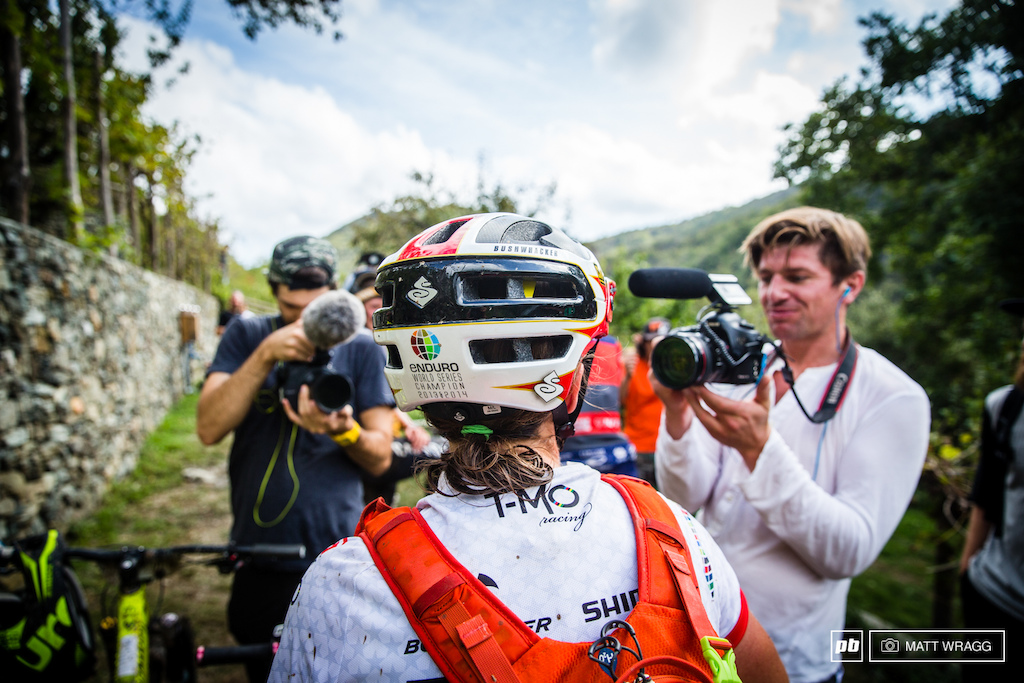 GH29orBust (Feb 12, 2016 at 11:14) (Below Threshold)
I cant help but think that she could be faster without the backpack, but what ever floats yer boat

jm2e (Feb 12, 2016 at 12:39)
GH29orBust: Precisely the reason that even Rache fanbois aren't crying foul here. Tracy loaded her pack up with enough stuff to get through any horrible scenario and rode "conservatively" and STILL decimated the competition. I love Rachel, but Tracy certainly won over my respect this year.

Jack-T-Media (Feb 12, 2016 at 13:01)
I swear, all these people complaining about the photos have nothing better to do. Because if this article had front on shots some one would go "why are you focusing on her body not her riding". This article is a good mix of showing what Tracy is about while still showcasing her riding, which is what we need in a world where sexism has recently started to become more mainstream. Whether that is in movies or music. Besides,In last years article for josh bryceland they didn't have any photos of his face. The closest thing to that was a close up of his helmet while he was on his bike.

jdigdog (Feb 12, 2016 at 15:33)
Very well deserved by T-Mo. A part of me wishes there could have been a tie this year cause Pauline Ferrand-Prevot had a mind-blowing year with XC world champ, road world champ and cyclo-cross world champ all in the same year! Both amazing women who I look up to!

g-42 (Feb 12, 2016 at 10:50)
As dad to a teenage girl, I have to say there's a lot of very classy talent out there I wouldn't mind her emulating. Not just at the highest and pro levels - there are a lot of national and regional women riders who shred, and build, and teach, and organize, and build community. The sport has become a lot less of a sausagefest. A while back I was riding Galbraith and a group of four women came down Evo. It was fun to watch - great flow, whoops of joy. I later saw that same group helping a family lower on the mountain with a mechanical. This is becoming more normal, and the sport is better for it.

EKrum (Feb 12, 2016 at 12:35)
Hull Yeah!!! I cannot imagine how many potential little Tmos are out there just waiting for the bike and the permission to be a boss. I would be so excited if in the future the female talent pool justified men and women racing together.

kubaner (Feb 12, 2016 at 16:35)
Men and women will never race against each other in a sport where physicality gives you an advantage. That's just biology. But more women will create more competition. And the competition in the top ten of women's DH is just as exciting to me as the men's top 20. Not denying the EWS. Just better coverage in DH. In fact, I'm more impressed by a girl killing it on the trails than a man. So bring on more woman shredders.

ryetoast (Feb 12, 2016 at 18:51)
@kubaner, over in the moto-verse, Laia Sanz has had three top 20 finishes in the Dakar Rally in a row. Admittedly having a motor involved might level the playing field a little, but really, how different is it from gravity racing? Never say never! Pro MTB is like 10% women right now, meaning we have a 10x slimmer chance of finding an out-of-this-world prodigy among our ranks--T-Mo and Atherton being obvious examples. I think as we see more women start racing, the level of competition will increase and the talent pool will get deeper--so like you said, even if raw speed isn't quite at the same level as in the men's events, it will be just as exciting to watch.

joose (Feb 15, 2016 at 10:55)
Can't forget that Manon is only through her sophmore year of racing WC, there will be much to see in the coming years. Very exciting stuff and women's sports should get more air time. Which ever the sport may be.

patryka (Feb 16, 2016 at 12:55)
O no no, I did not mean anything bad, only good thing. Actually motocross icon Ricky Carmichael called the GOAT and he was winning back to back and won everything there was to win. But come on, Tracy is a legend and more, She is such a nice person. Actually I met her, I am nobody, just mtb biker and asked she helped me with my bike setting. Actually she helps everybody!!!

foghorn1 (Feb 12, 2016 at 11:31)
Great choice. PB could have put a bit more effort into the article though. Like maybe the winner might like to have a decent pic of her face, or maybe more than just two pics, or say a bit of an interview?

Karma is good. In the megavalanche in 2010 Tracy broke her chain right next to us - we were spectating and waiting to ride the men's final on Sunday. The chain was a twisted mess but dude next to me took the chain off his bike and offered it to T-mo. I had a spare power link in my bag and in double quick time we had her bike functional again. Good to see Tracy passing it forward.

The race report from 2010 didn't tell the full story - Tracy was just behind Anne Caro when her chain broke.

"In the women’s race Anne-Caroline Chausson won with a fantastic time of 67 minutes and 40 seconds, which would have got her a top 20 finish in the men’s race. She was followed by Emmeline Ragot and then Meggie Bichard. Tracy Mosely managed 5th..."

ryetoast (Feb 12, 2016 at 18:58)
I knooow. There is not nearly enough video footage out there of this face-meltingly fast individual. www.pinkbike.com/news/video-deity-in-the-groove-with-tracy-moseley-2014.html

rich-2000 (Feb 12, 2016 at 11:17)
Super Well deserved. Its obvious Tracy will continue to be a first rate coach and ambassador going forward, well its already happening with Evie Richards, under the wing of T-mo racing, becoming a world champion this year too...

haighway (Feb 12, 2016 at 11:35)
I think she will end up as one of the greatest all time ladies in the sport of mountain biking. Amazing lady

oli99 (Feb 12, 2016 at 11:53)
she's been racing longer than i have been born. that says it all really, commitment and dedication are second to none, and the level at which she rides is simply awesome, well done!

Jack-T-Media (Feb 12, 2016 at 12:55)
I'm guessing it's more to laugh at the people who disagree with everything all the time because it makes them feel special

EastCoastDHer (Feb 12, 2016 at 12:30)
Seriously?!
No frontal shot of her face?
You lot need to stop treating females like second class citizens.

djm35 (Feb 12, 2016 at 12:17)
Well deserved win for T-mo. Been following her racing career since around 96 and she has always been one of the top Brits and a force to be reckoned with on the world circuit. Her long time battles with Ann Caroline are the stuff of mtb legend.

jm2e (Feb 12, 2016 at 12:34)
Now that she's retired from EWS, I'd like to see her return to UCI WC DH. Head to Head against Rachel would be just what the doctor ordered for women's Downhill.

SGTMASON (Feb 12, 2016 at 12:06)
Well deserved Tracey!
I take my helmet off to all those other amazing female riders out there too!
The worlds a better place with y'all shredding the way!

Motivated (Feb 12, 2016 at 13:05)
Watching Tracy's skills racing and her captivating interviews were always a highlight of the EWS videos. I'm really going to miss that in 2016.

captaingrumpy (Feb 12, 2016 at 13:52)
I can't see why anyone complains about the photos of her. That first of her with the foliage is a fantastic shot, hauling ass through teh brush. I think that photo has a composition worthy of Lincoln or Gandhi.

Triber66 (Feb 12, 2016 at 17:17)
No, there was compassion. Compassion for all her rivals when helping them to fix their bikes between stages.

skipWorkGoRide (Feb 12, 2016 at 11:39)
I guess you can't pick Rachel Atherton every year, although she really deserves to win every year.

layon (Feb 12, 2016 at 11:10)
Ok she deserves it, but I think that to be the athlete of the year, you should be the best and also transmit enthusiasm and passion, and she transmits as much passion as a Merkel.... being said that, I think the 2nd contender...Rachel, is as good, and waaaaaayy more passioned when she speaks about the bike..... And rides trek too.