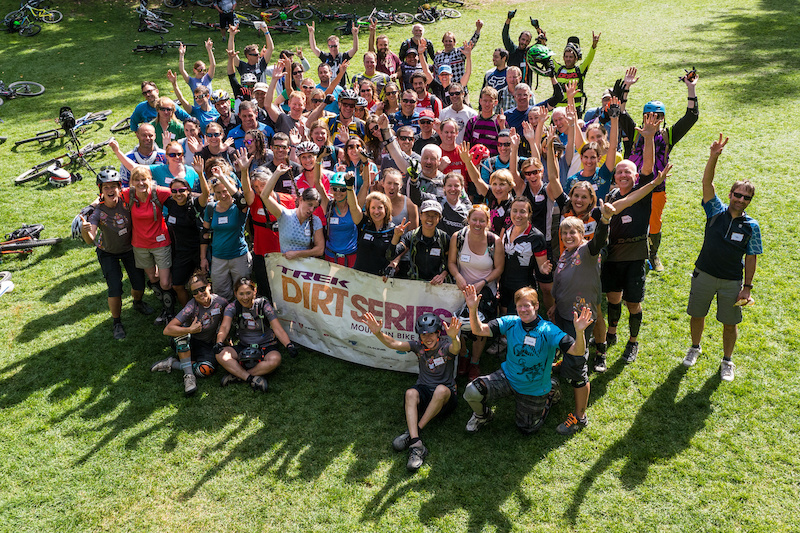 Since 2001, the Trek Dirt Series Mountain Bike Camps have taken over 12,000 beginner, intermediate and expert riders to the next skill level in cross-country and downhill disciplines. The largely female coaching staff, many of whom are professional coaches, teachers and professors in their “day jobs”, focus on creating opportunities for participants to gain high-end skills with low penalty through methodical skill building exercises and an incredibly supportive environment. 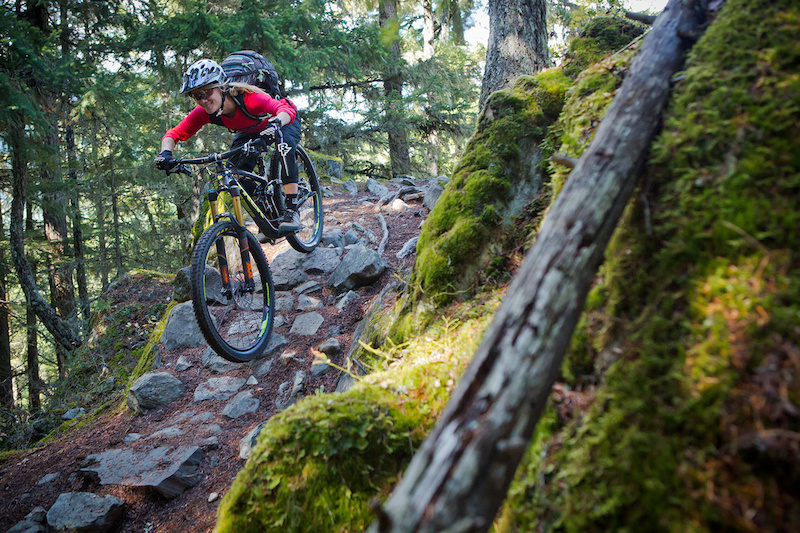 “Studies have shown women are motivated by relationships and a supportive environment, and it's incredibly rewarding to be able to accommodate that with step-by-step instruction, multi-faceted approaches, and lots of positive feedback,” says Candace Shadley, founder and director of the Trek Dirt Series. “Participants are encouraged to give their best and push their limits in a responsible way; they leave camp with increased confidence and passion for mountain biking.”

Fourteen women’s specific camps and four co-ed camps will be presented across North America in 11 different locations this summer, starting at the end of April and running through to mid-September. The Trek Dirt Series has such a solid reputation that 70% of participants are referred by a friend or returning themselves. In fact, the co-ed camp offerings resulted from men who had encouraged women to go to camp, saw how quickly they learned and requested similar opportunities for themselves. 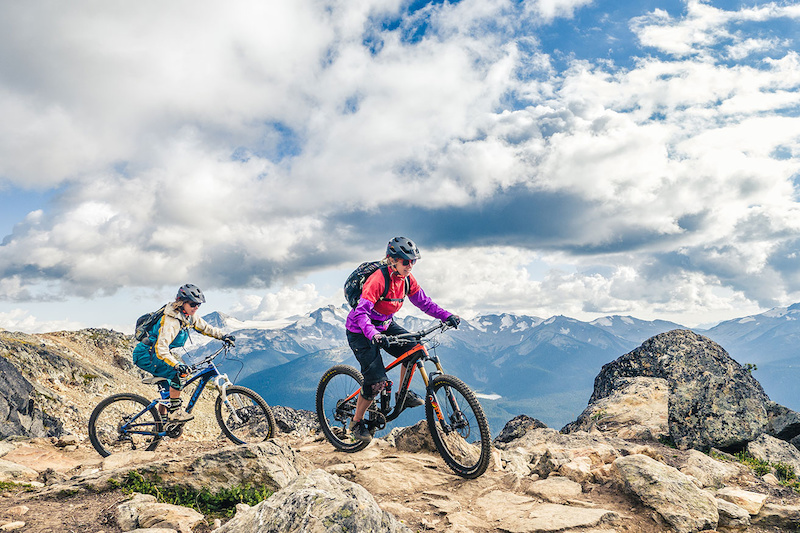 Most of the camps run on a two-day weekend format with skill development sessions in the mornings and instructional rides, in small groups, in the afternoons. Basic bike maintenance clinics, and social time with food and drinks to cap off the day, round out the camp’s offering. The Trek Dirt Series also offers one-day camp options in some locations.

Camp participants range from riders with only a few days on gravel trails who want to focus on positioning, steering and braking, to confident riders with years of experience and a desire to hone their technical riding and polish their air time with drops and jumps instruction. The step-by-step, progressive approach, with at least 1:6 coach to participant ratio, means every rider gets individual attention and develops skills at an accelerated rate. 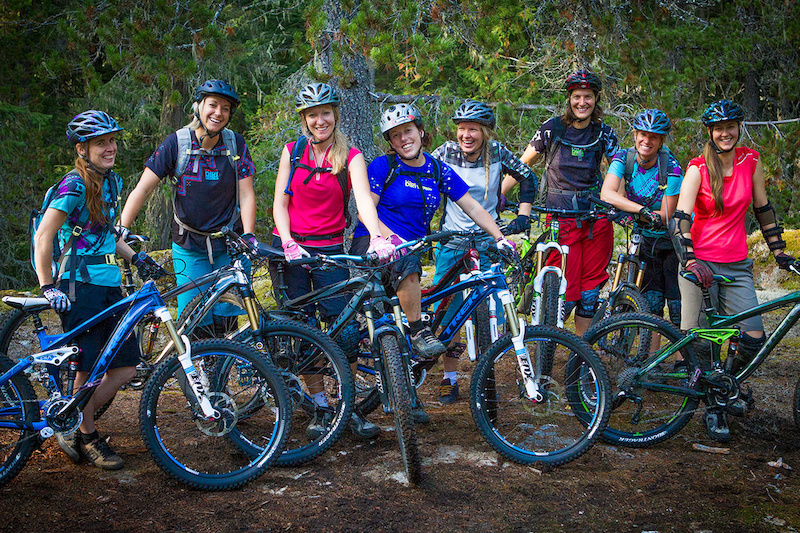 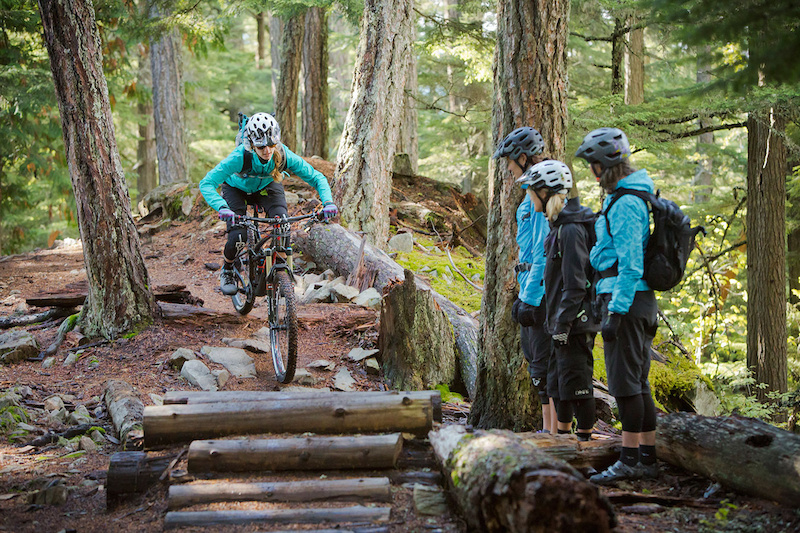 “It’s incredible how well organized this program is, and how effective it is at teaching you exactly what you want to learn, no matter your level. There’s a natural camaraderie that develops,” says Siobhan Henry, Whistler Trek Dirt Series camp participant. “I left with a sense of empowerment that went way beyond having fun on two wheels.”

The two-day camps are $385 (USD/CAD) and include full days of professional on-bike instruction, lunch, maintenance clinics, après and prizes from the series sponsors.

crankbrothers (Mar 29, 2016 at 15:48)
We're proud to support the Trek Dirt Series camps. Great coaches, excellent skill building exercises, and an incredibly supportive atmosphere. If you're looking to improve your skills, the Dirt Series camps is a great place to do it!

eblock (Mar 29, 2016 at 18:01)
This is fantastic! More women should be empowered to ride mountain bikes and have the support to get out there and ride! I love seeing women crush this sport and beat the guys (myself included). My girlfriend is an amazing rider and I love the fact that we can enjoy our time together on almost any trail, although sometimes she leaves me in the dust. I see many guys take their girlfriends/wives to trails that are not appropriate for beginner riders and expect them to have fun, but we all started somewhere.

It sounds like the progression in these camps is spot on. If you're a woman rider and want to learn the sport, sign up for this!

bikindad (Mar 30, 2016 at 5:23)
Awesome, now for it to spread to the East Coast an stick around for my 4 year old Dirt Diva...not that I want her to fast forward in growing up...but.....#MoreKidsOnBikes is here now in North Carolina, so...ya know! www.NorthCarolinaMTB.org

bzidek (Mar 29, 2016 at 20:11)
Stay after it ladies and please share the passion for cycling with as many girls as possible @soulid.me

moabmtb (Mar 30, 2016 at 20:54)
Coaching for Dirt Series is one of the most rewarding experiences ever! We’re so lucky, because we get to ride with women and men as they take on and conquer challenges that they believed were impossible before they came to camp. Hooray!

lindsaytralene (Apr 2, 2016 at 20:15)
Thanks for a fantastic article! I feel honored to be a part of such an amazing organization! I love the opportunity to share my passion for bikes and coach with so many talented women from all over the world! It is going to be an epic season! Whether your skills are just beginning or are advanced Dirt Series has something to offer you!

amypp (Mar 31, 2016 at 23:09)
Great article - this truly is the place to go to improve your skills, make lots of new friends and riding buddies, and fall even deeper in love with this sport!

Anything comparable for guys?

LittleDominic (Mar 30, 2016 at 22:22)
Went to the Whistler coed camp (wife and I are actually in that first photo). Was well worth it. There are some other skills camps around the country for guys too if the limited coed dates of this series don't work for you.

cofriding (Apr 5, 2016 at 16:54)
There are scholarship offered too: dirtseries.com/scholarships.php. These just cover the camp costs, as opposed to all the related travel you might have to do, but it's a start.